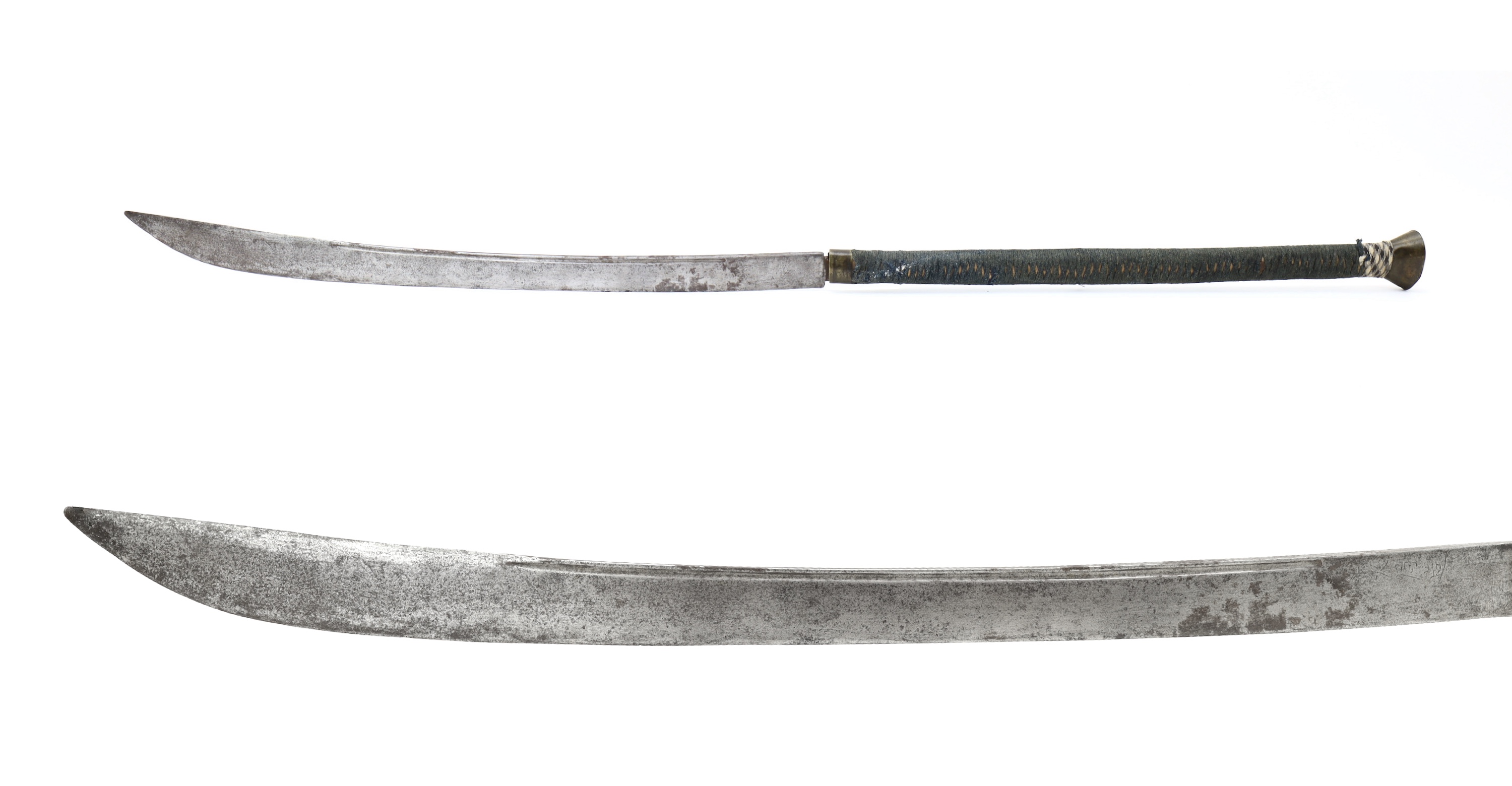 From a German antiques trader

A large Chinese two-handed saber called shuāng shǒudāo (雙手刀) in Mandarin. It has an impressively large blade, in good condition with no cracks or chips. One very small nick. Blade in original condition with signs of forge folding and an inserted high-carbon edge.

Where most Chinese two-handers have long, narrow blades that follow Japanese ōdachi in form, this piece breaks with that pattern. Instead, the large blade has a pronounced widening in its profile, reaching a peak around the center of percussion. This design feature seems inspired by the civilian niúwěidāo (牛尾刀) that emerged in the mid 19th century. Such blade profiles enable a thinner tip while retaining the amount of metal that is behind the edge for momentum, and increase the arc of the cutting edge in the last section of the blade. This makes them superior slicers against unarmored targets. The blade also has a narrow but deep groove near the spine, cut with precision. It terminates near the tip where it makes place for a sharp 23 cm long backedge. The spine has a prominent ridge.

The hilt consists of a long wooden handle wrapped with faded indigo blue cord, the typical binding for Qing military arms. It has a brass ferrule and large, flaring pommel that is also almost exclusively found on niúwěidāo. (It in turn is a somewhat exaggerated revival of a late Qianlong period transitional pommel form.) Unfortunately, the guard was lost on this example, but it was most likely a typical niúwěidāo-style guard as well. A Manchu Banner lady, recognizable by her shoes and dress, and their child.
They are posing with father's swords, a classic military regulation pèidāo, a niúwěidāo,
and a large two-hander, very similar to ours.
Photographer unknown. Late 19th century.

Antique Chinese arms are rarely signed, let alone with a place of manufacture. But sometimes we get lucky. 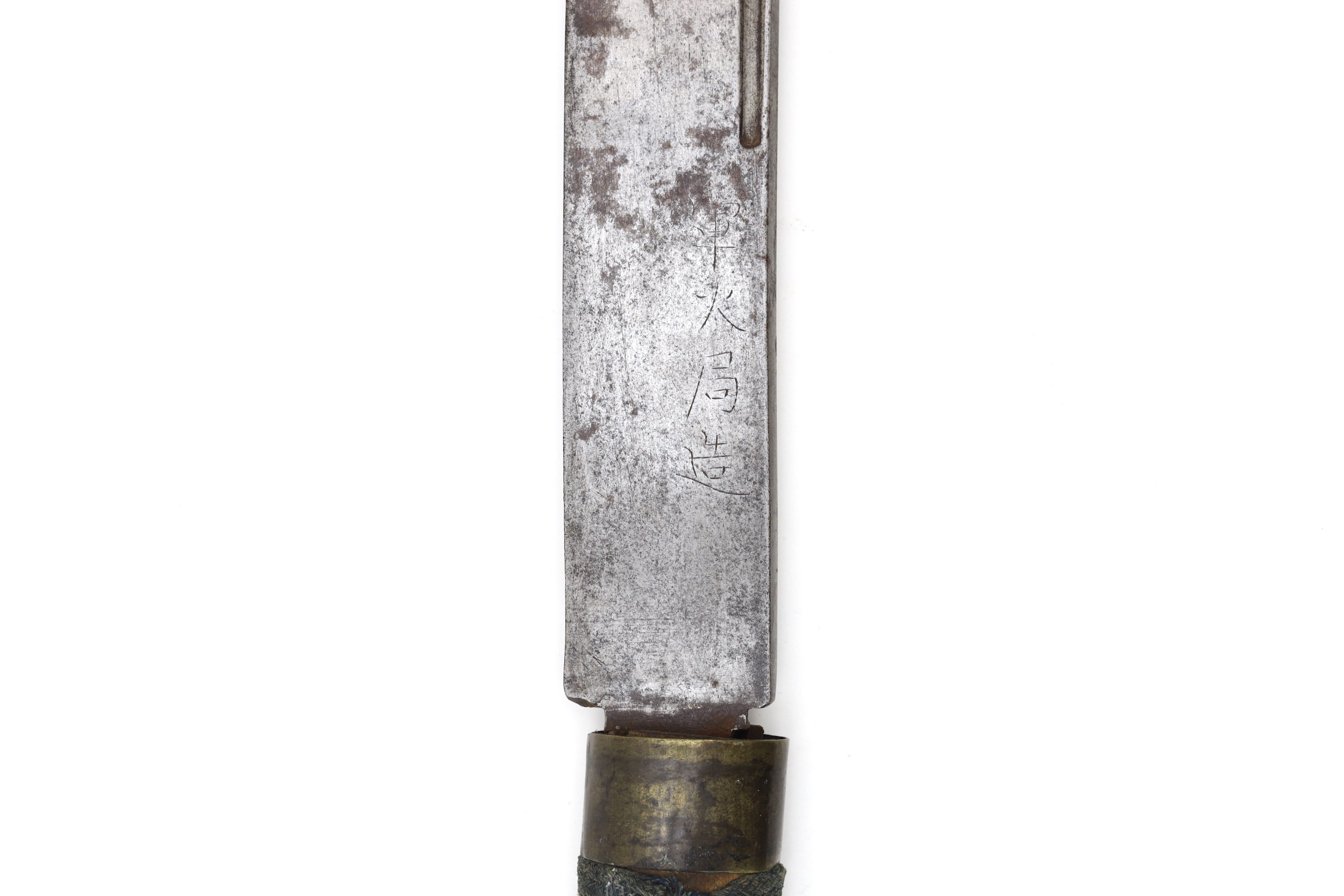 It produced among others small iron cannon, western gunpowder, "white powder" (白藥), mines and "foreign rockets" (洋火箭). In the 11th year of the Guangxu emperor (1882), Zhang Zhidong, governor of Guangdong and Guangxi urged to upgrade the facility to start to copy Western-style breech-loading cannon, which China had not yet been able to reproduce.1 It seems to have been in operation under that name until around 1909.

Blade is in pretty good shape. Some minor distortions in the edge contour due to sharpening. Point somewhat rounded. No pitting or cracks. Hilt firmly attached. Some fraying and other damage to the now fragile cord binding. Minor play in the pommel. The rear portion of binding is replaced with Japanese cotton cord. Guard is lost. See photos. 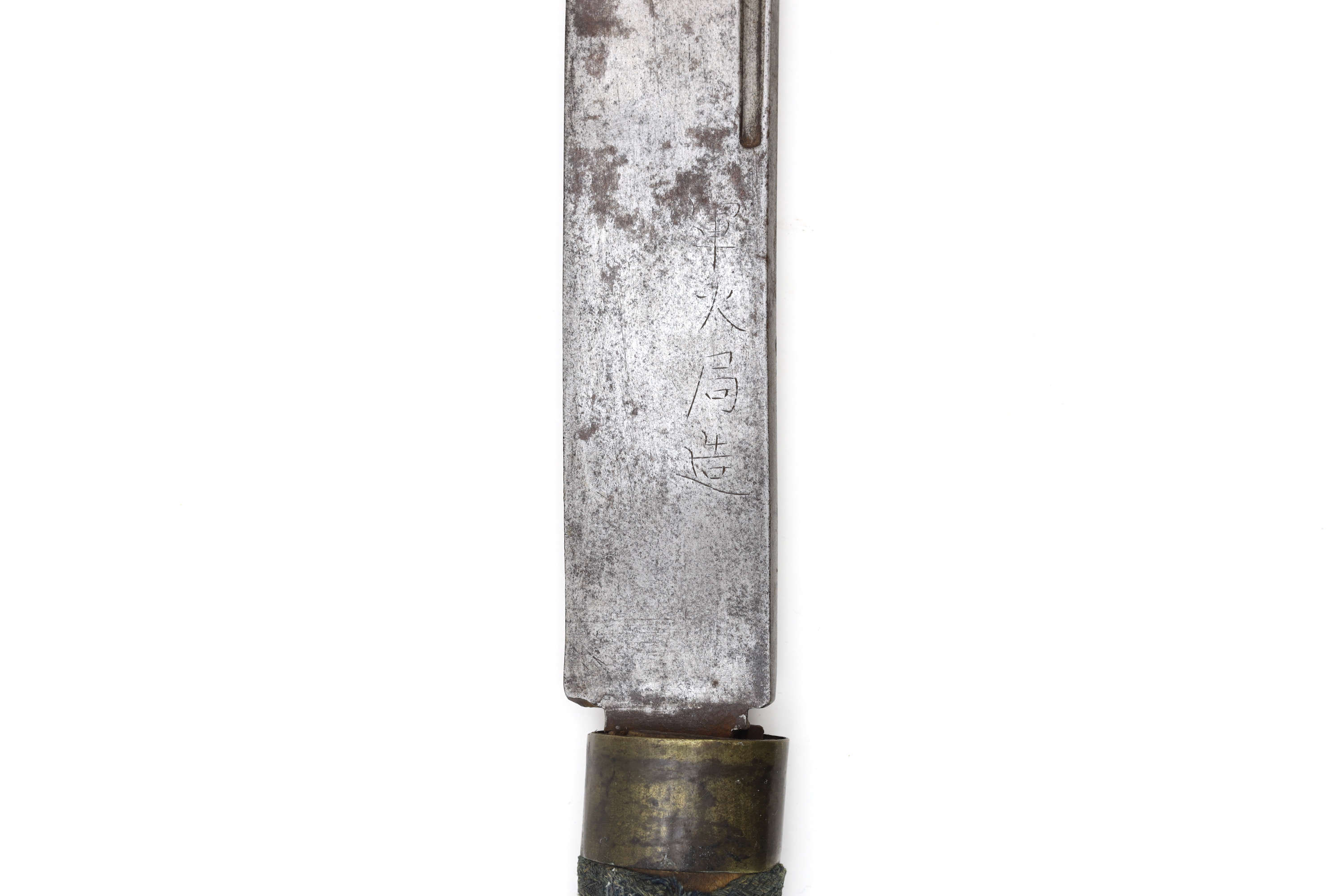 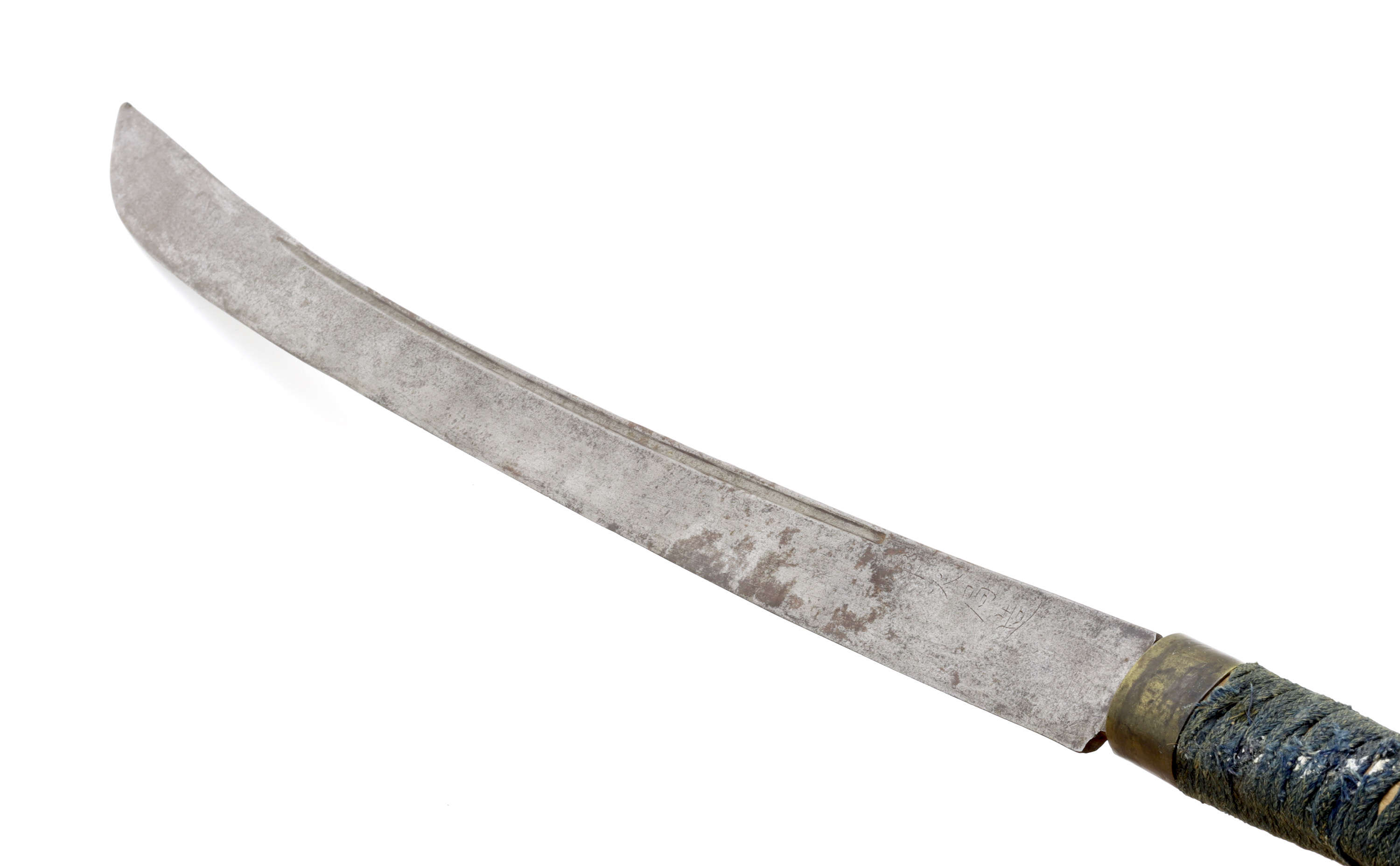 Produced in the ordnance factory in Zengbu, near Guangzhou.