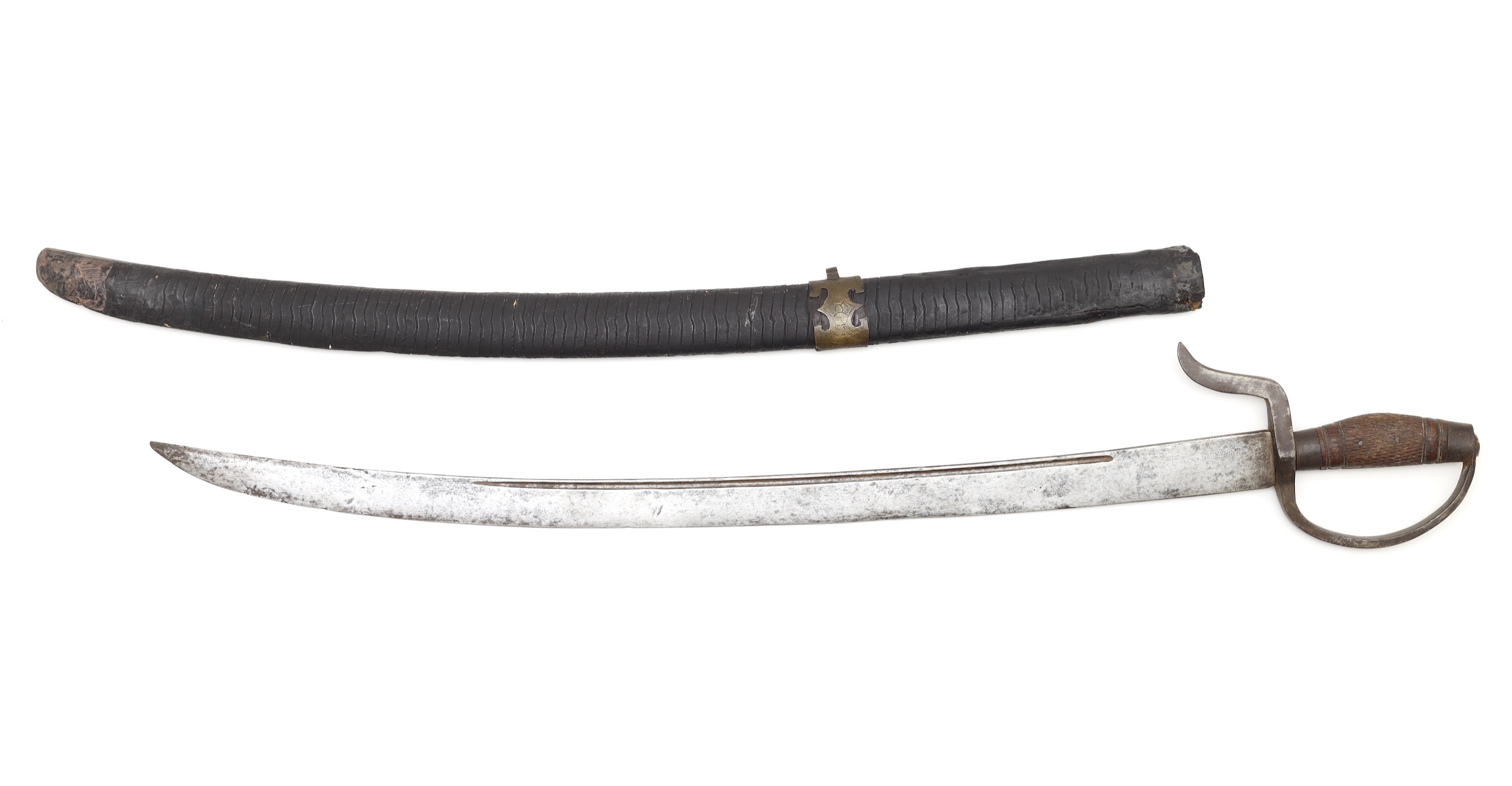 From a German antiques trader

Presented is a southern Chinese military saber. It has a long curved blade, slender but thick. On either side is a deep and narrow dorsal groove, cut with more precision than usually observed on Qing military arms.

The hilt is of typical húdiédāo (蝴蝶刀) style, featuring a well-made iron knuckle guard with a hook at the back. It has a ridged profile both on the bow and the back of the hook. The grip is made of two pieces of wood, crosshatched for added grip, and riveted to the tang for added security. Both ferrules are iron, the tang end is peened over the end of the guard and an iron washer.

The scabbard is made of two halves of wood, lacquered black and once wrapped with metallic wire, now gone. Curious is the layout of the fittings on the scabbard. Of the three mounts, once present, only the center mount with a suspension ring remains. The layout indicates a departure from Qing scabbard design, with a bar and two loops for the suspension system, to a barless construction where a center mount and mouthpiece hold the straps. This, along with the narrow, pointy blade style, is a return to the saber designs of the Ming dynasty.

Antique Chinese arms are rarely signed, let alone with a place of manufacture. But sometimes we get lucky. 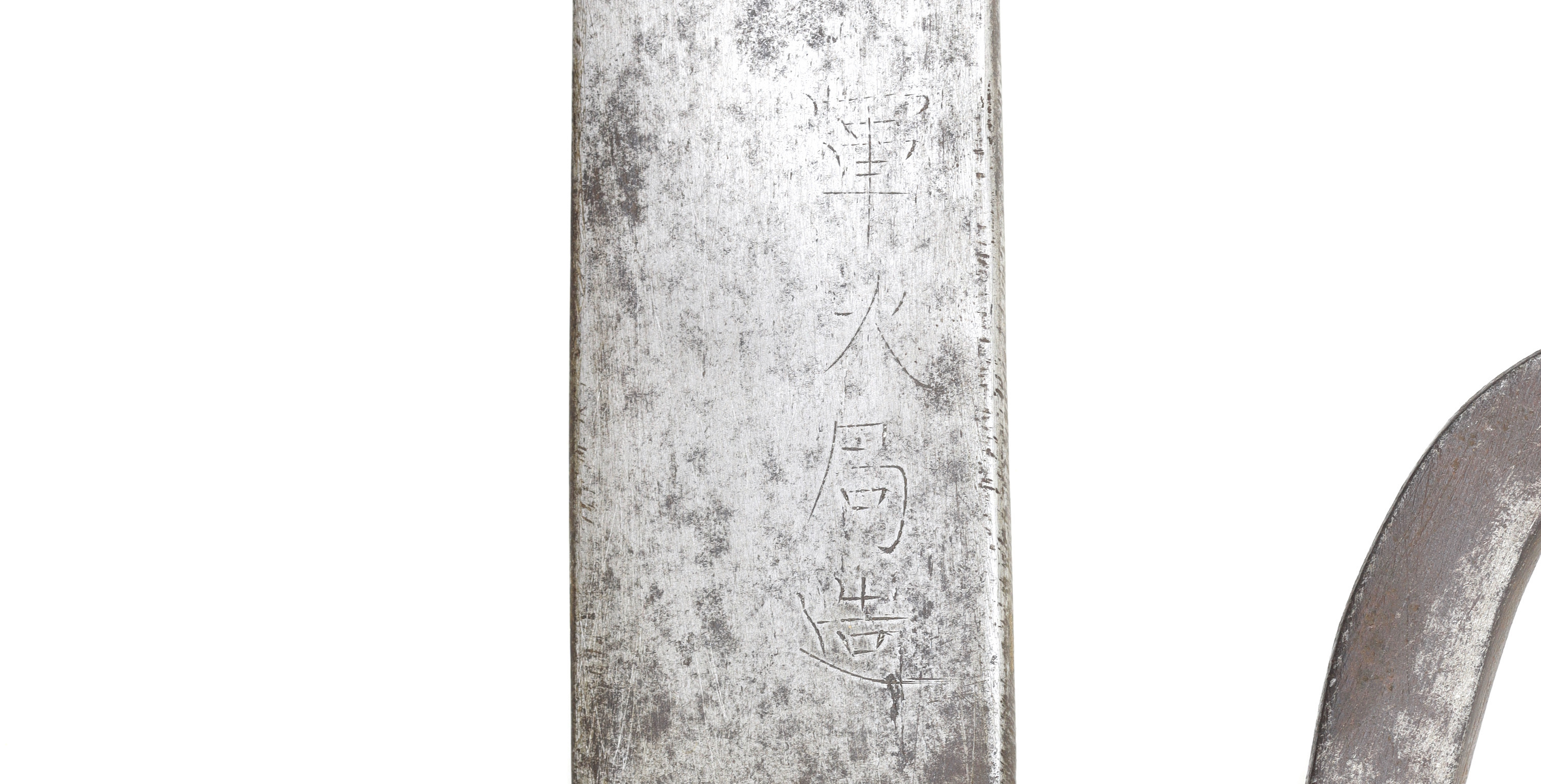 It produced among others small iron cannon, western gunpowder, "white powder" (白藥), mines and "foreign rockets" (洋火箭). In the 11th year of the Guangxu emperor (1882), Zhang Zhidong, governor of Guangdong and Guangxi urged to upgrade the facility to start to copy Western-style breech-loading cannon, which China had not yet been able to reproduce.1 It seems to have been in operation until around 1909.

Hilt, some minor sideways play, and some damage to the back of the wooden grip. Blade, still nice and straight seen from the spine. It does have indications of active service, including some minor edge damage and spots where previous damage was evened.

Scabbard with various repairs and a crack near the mouthpiece. Scabbard endpiece and mouthpiece missing, wire wrap missing. For the most part structurally sound. 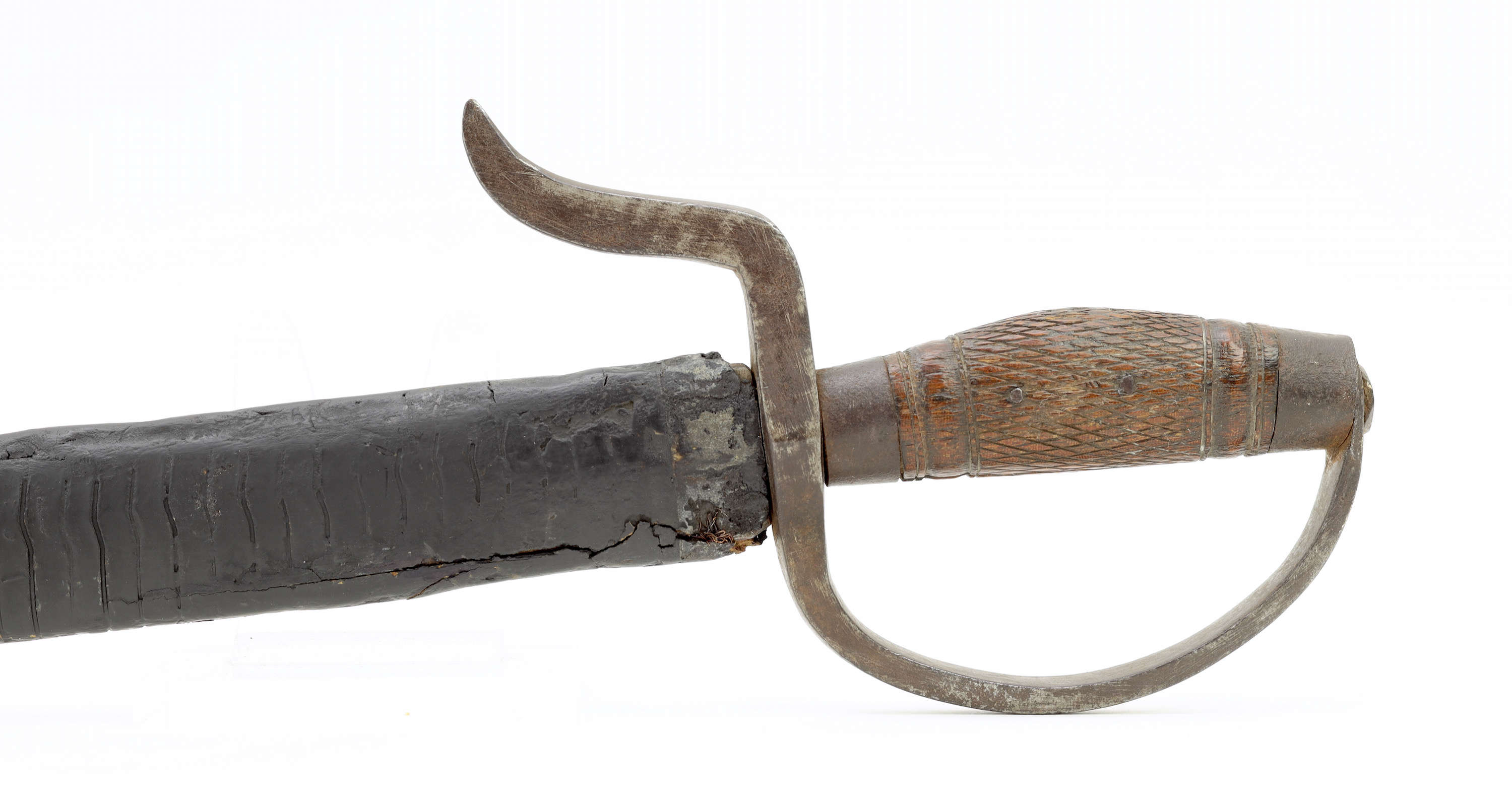 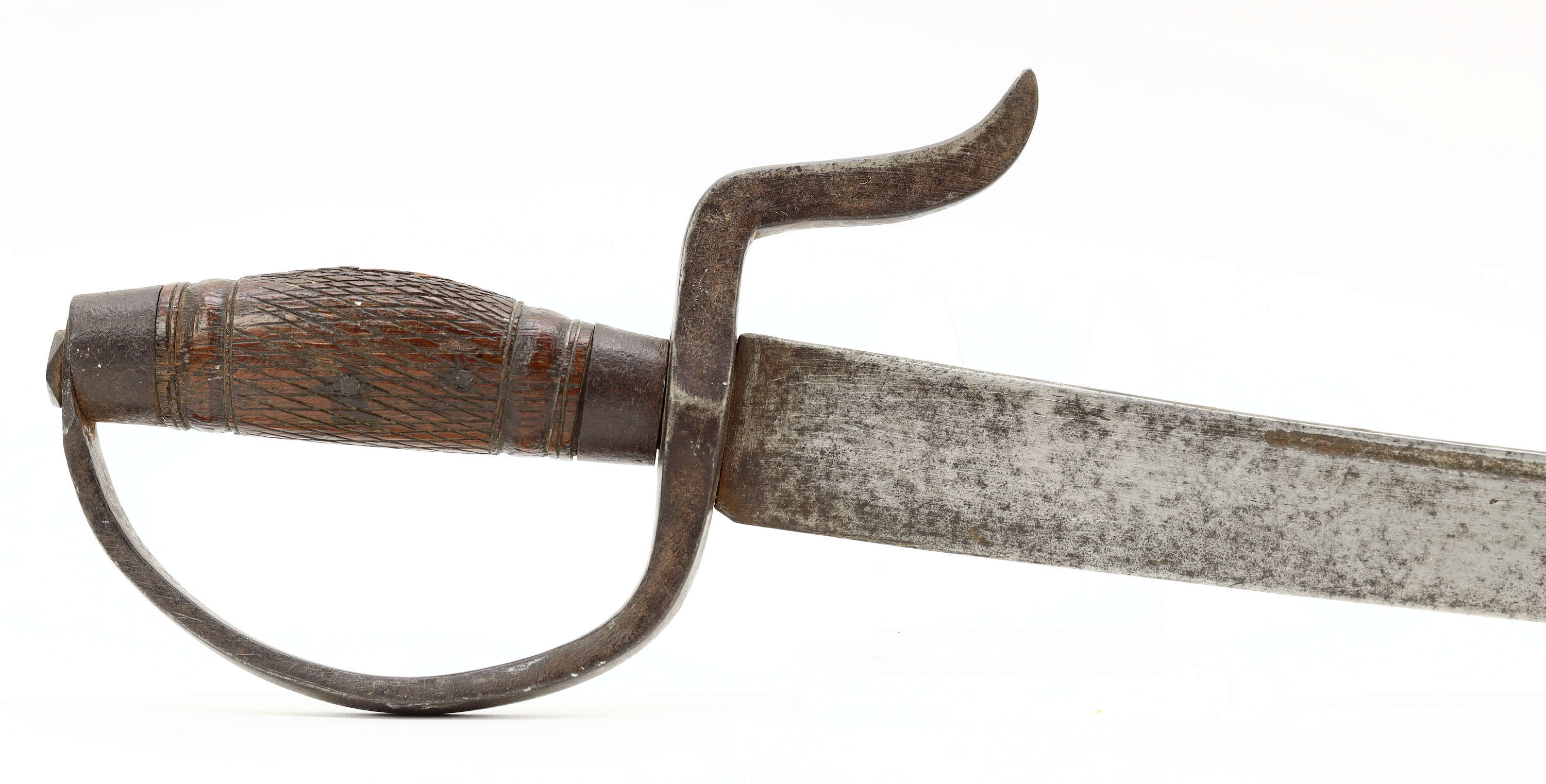