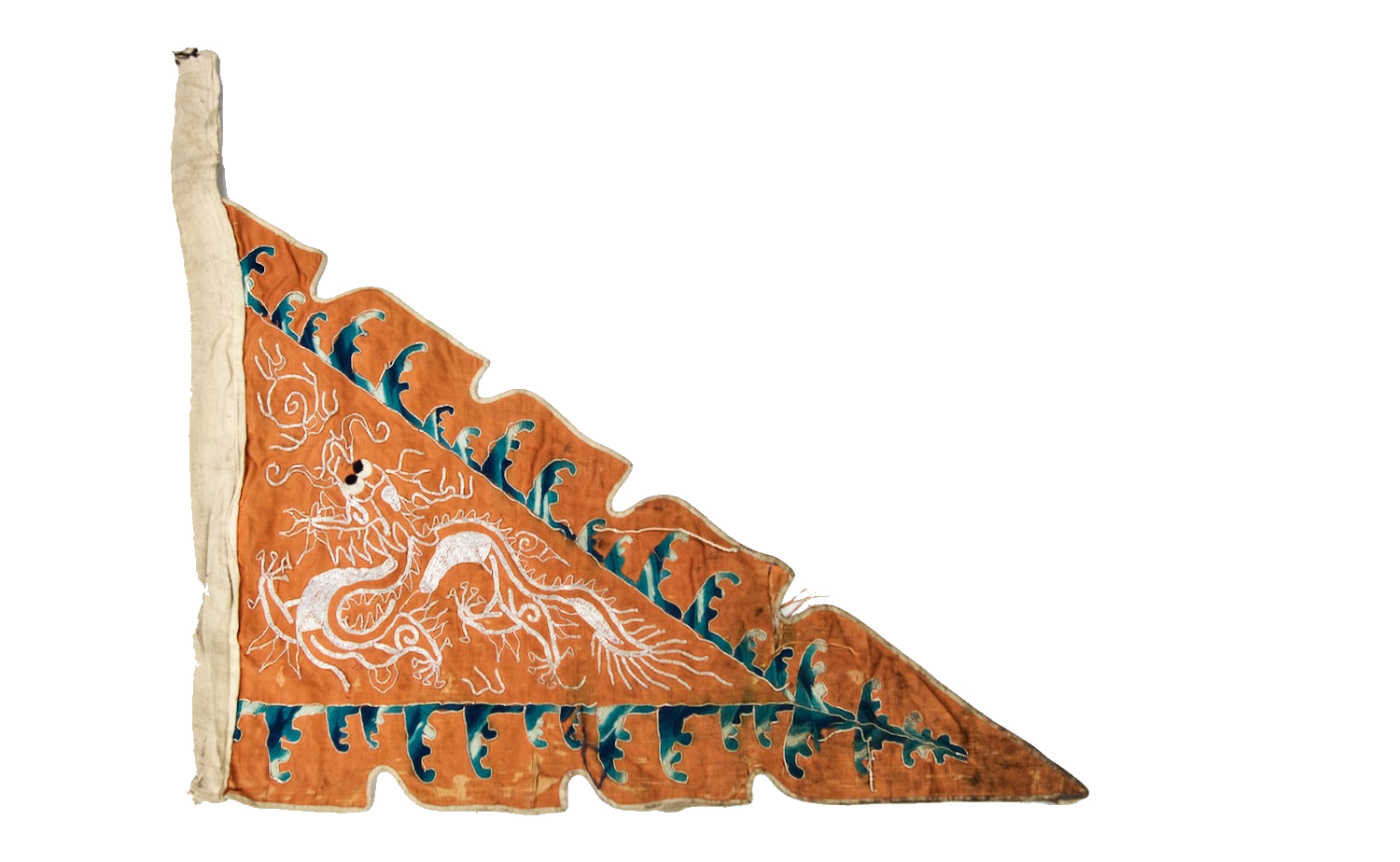 This item has been sold.
Read full article
Size

Background
No matter well-planned initially, a battle could quickly turn to chaos. Many traditional armies relied on flags for communication and providing structure and the Qing dynasty military was no exception.

Every commanding officer had its own flag to lead his troops. The flag was a rallying point for his soldiers; wherever it went, they went. If the flag went down, the next in command picked it up to prevent chaos. As such, flag bearers commanded great respect. They were the courage of the army: As long as they kept going, their men would follow them.

For the overseeing battlefield commander, the flags were also of considerable importance: It told him which units were still in the field, and where they were. This enabled him to make informed decisions on what to do, where to send backup and support. 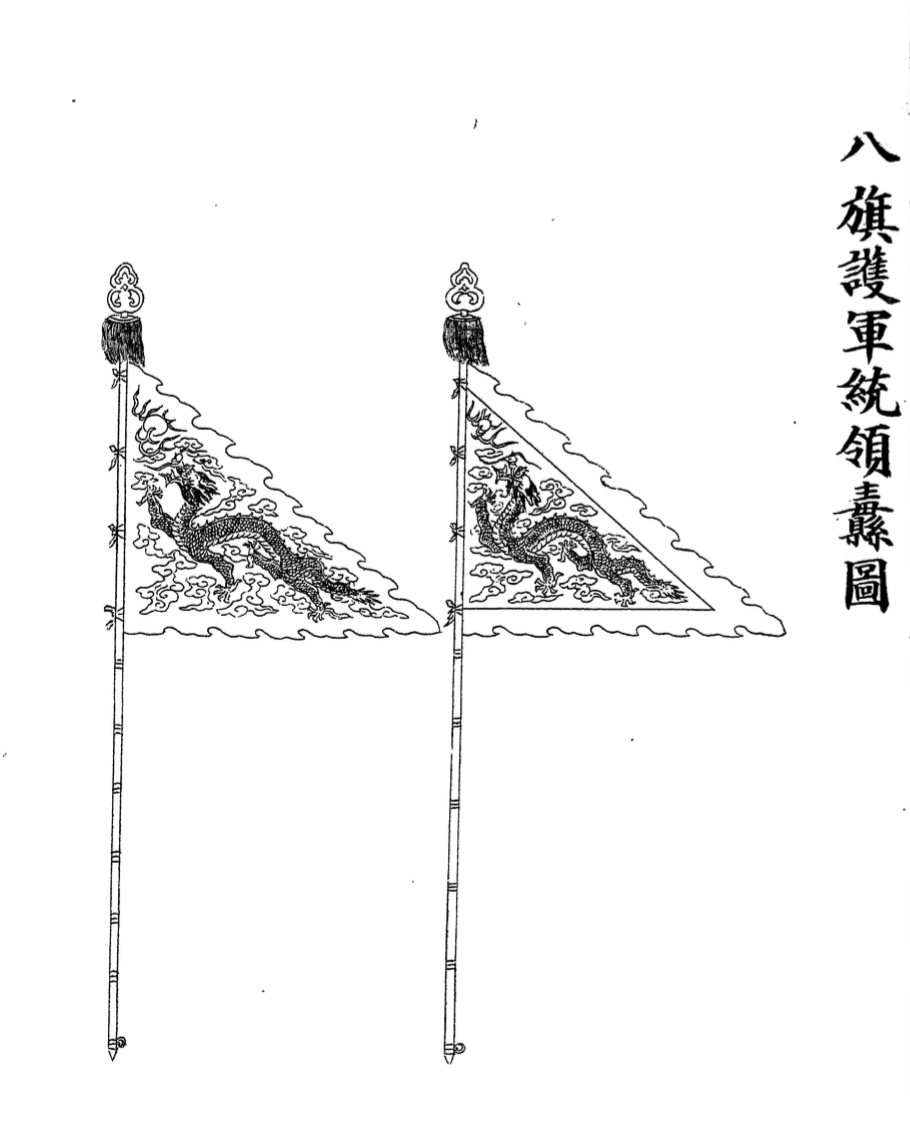 Two banners for the various troops of the hanjun or "Chinese Martial", an all Han army with Manchu-like status.

The Qing regulations I am familiar with describe hundreds of flags and banners, and even then many a battle painting shows types not covered. Especially on late battle paintings, many flags were fielded that are not listed. Perhaps the applying regulations were lost, or there was a high degree of autonomy in late Qing flag design.

This example
Presented here is an orange silk banner with a five-clawed imperial dragon chasing the pearl of wisdom, surrounded by waves. All decoration is done in silk thread or silk wrapped with silver stitched on the flag, double-sided.

The orange color does not correspond to any of the regular Eight Banners colors, being yellow, white, blue, and red, nor the Green Standard Army with their green flags so we can only guess who fielded it. The shape is similar to some Green Standard Army and Hanjun flags. The imperial five-clawed dragon indicated they were loyal to the Qing side and must have fielded the flag before the empire fell in February 1912.

The style of the dragon is that of the late 19th century.

The condition is that of what you'd expect of a battlefield trophy, which is probably how it reached my part of the world. 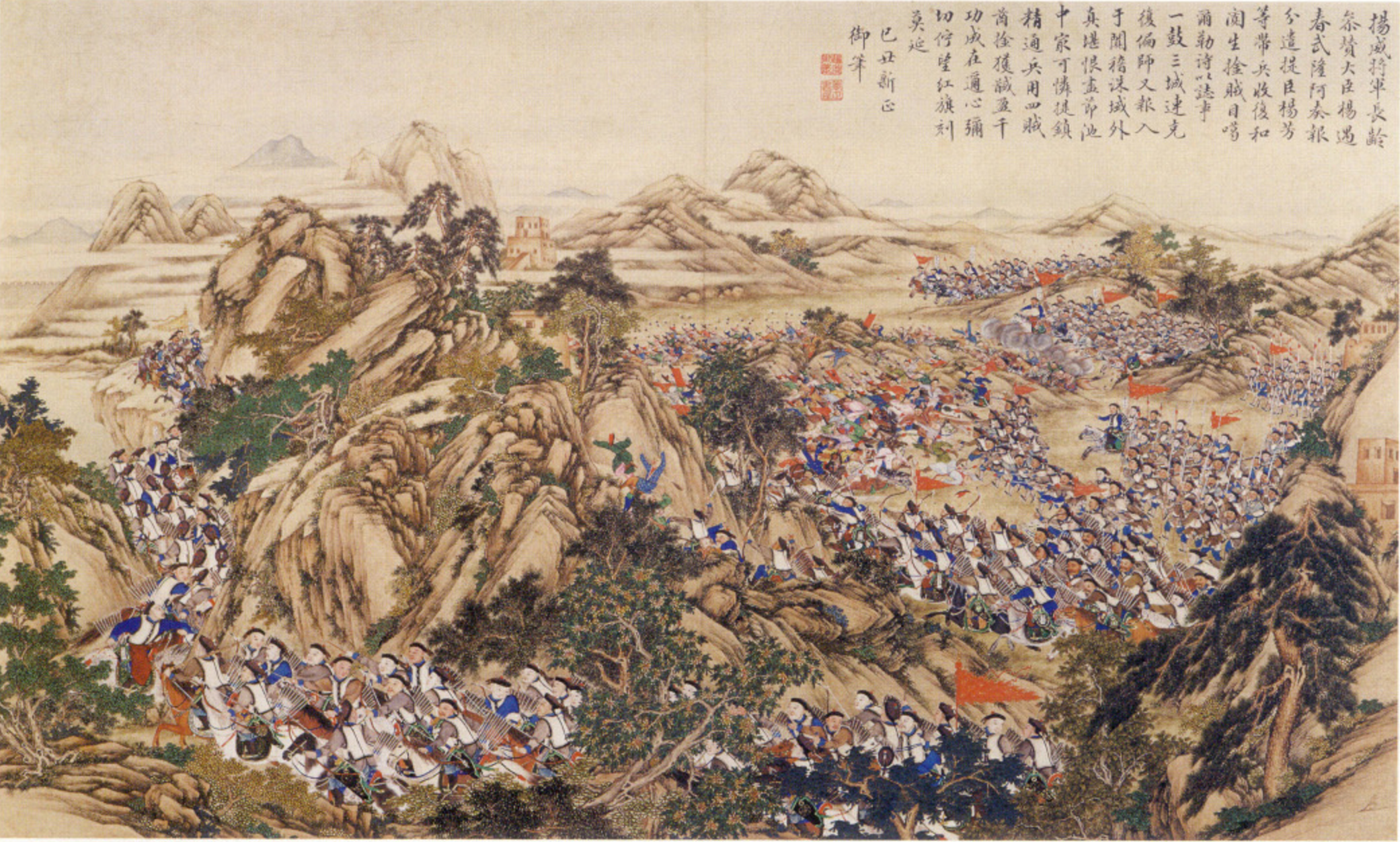 A battle painting of the recapture of Kothan and capture of the rebel chief Garla, second East turkestan Campaign of 1828. Palace Museum Collection.

Conclusion
A rather rare example of a Qing dynasty military flag, with royal dragon emblem. 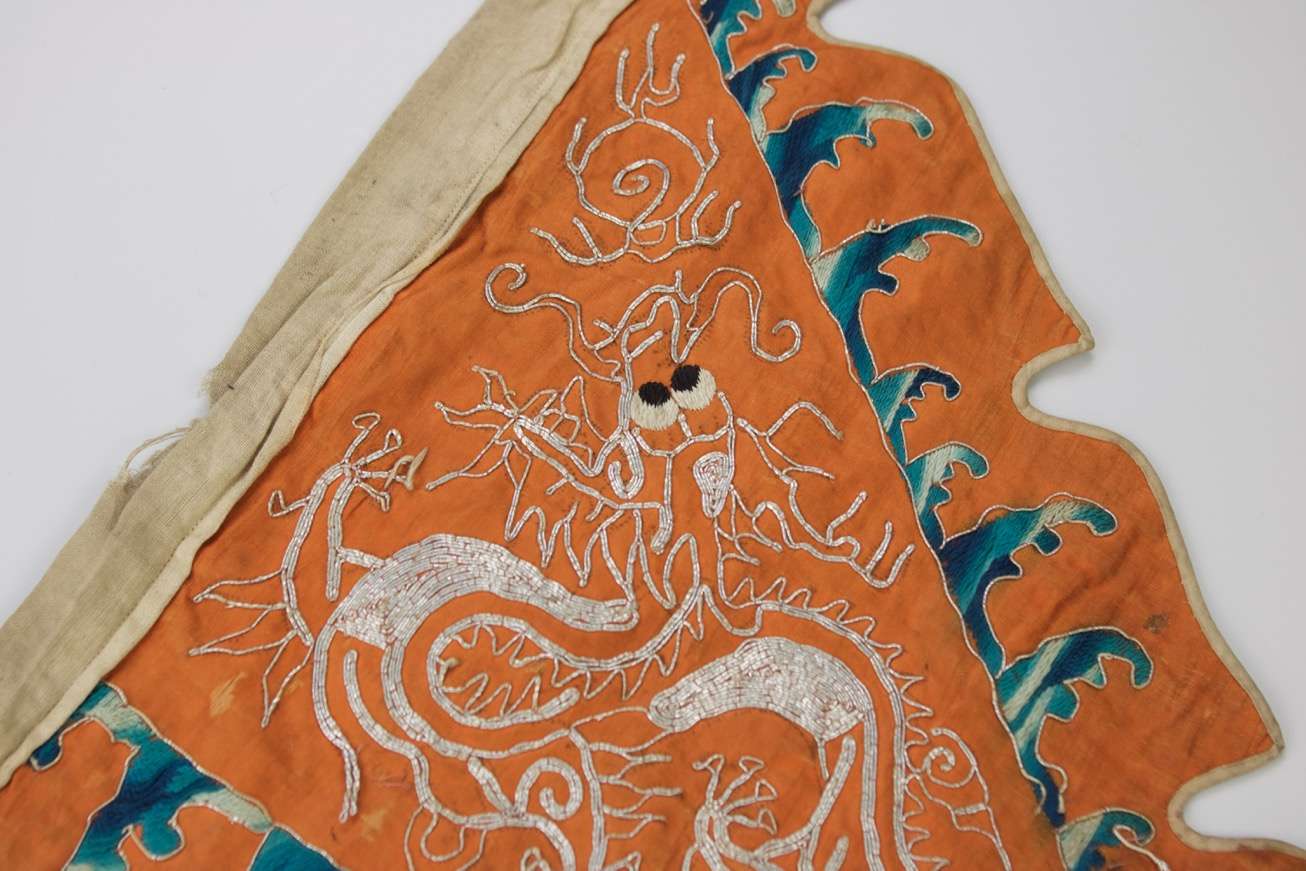 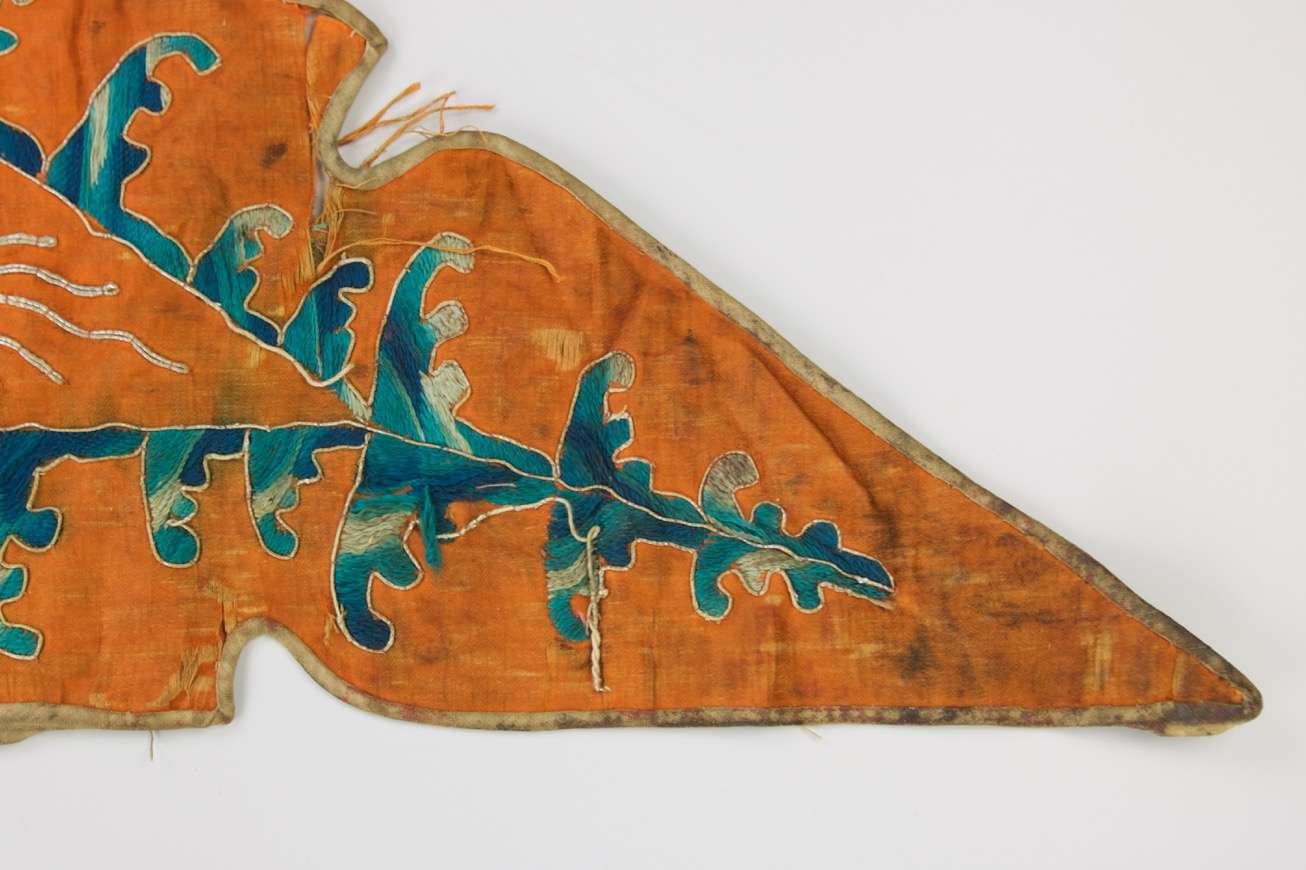 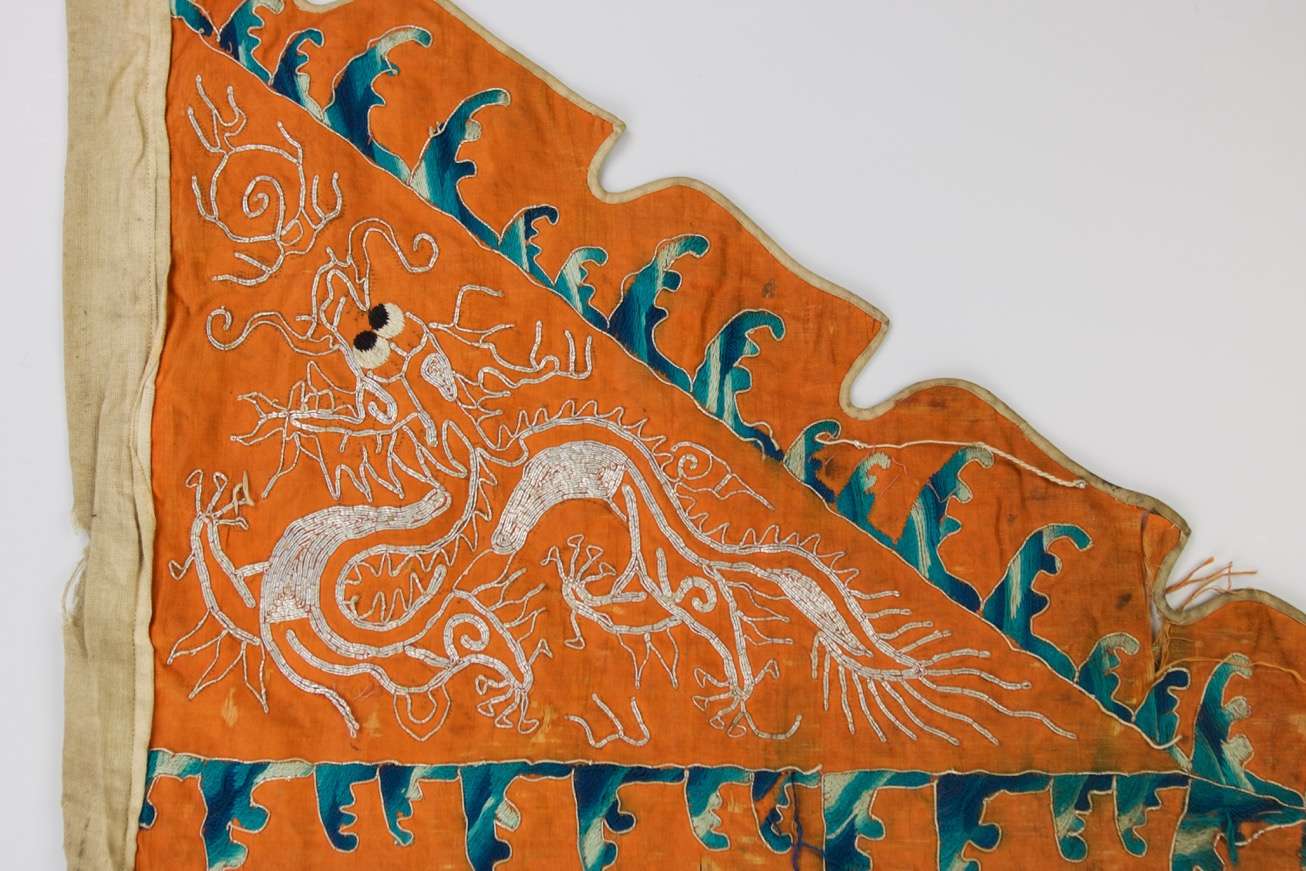 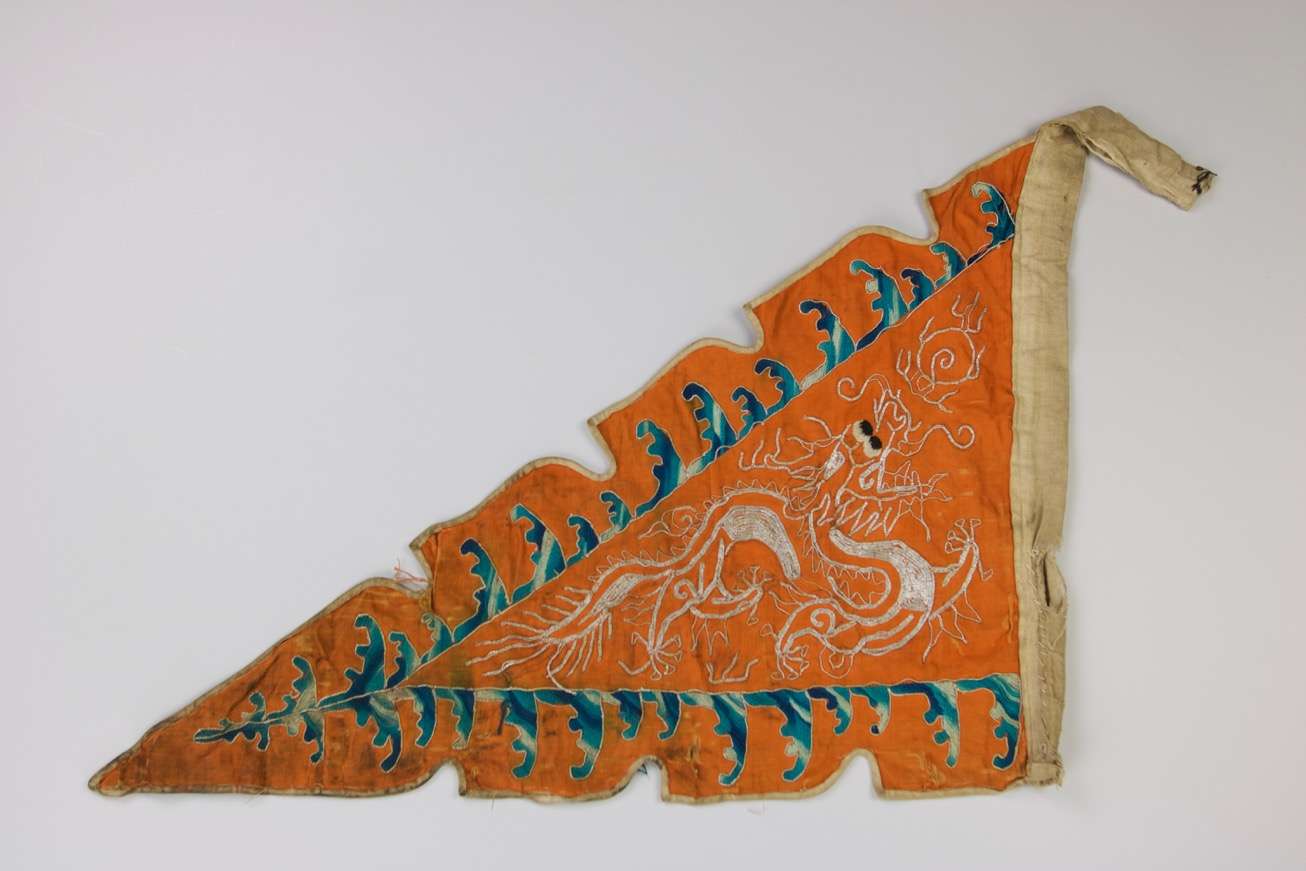 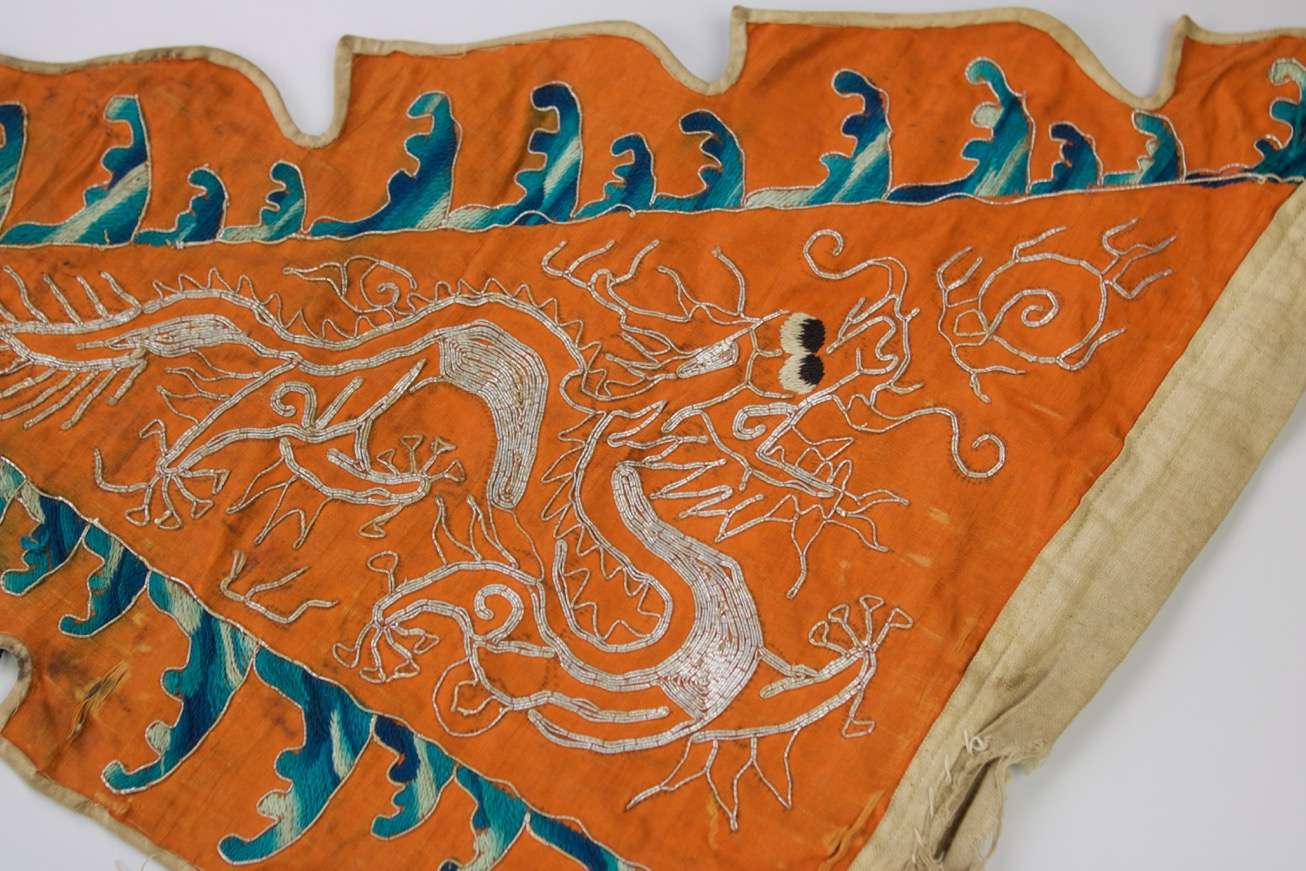 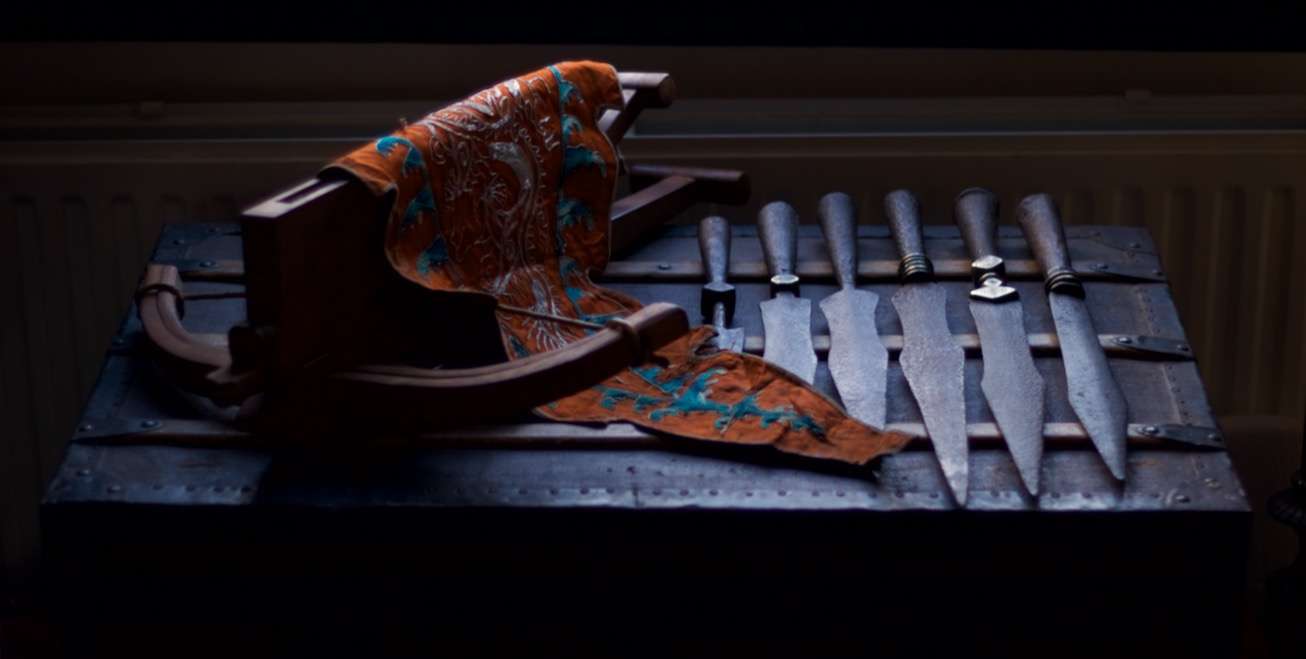