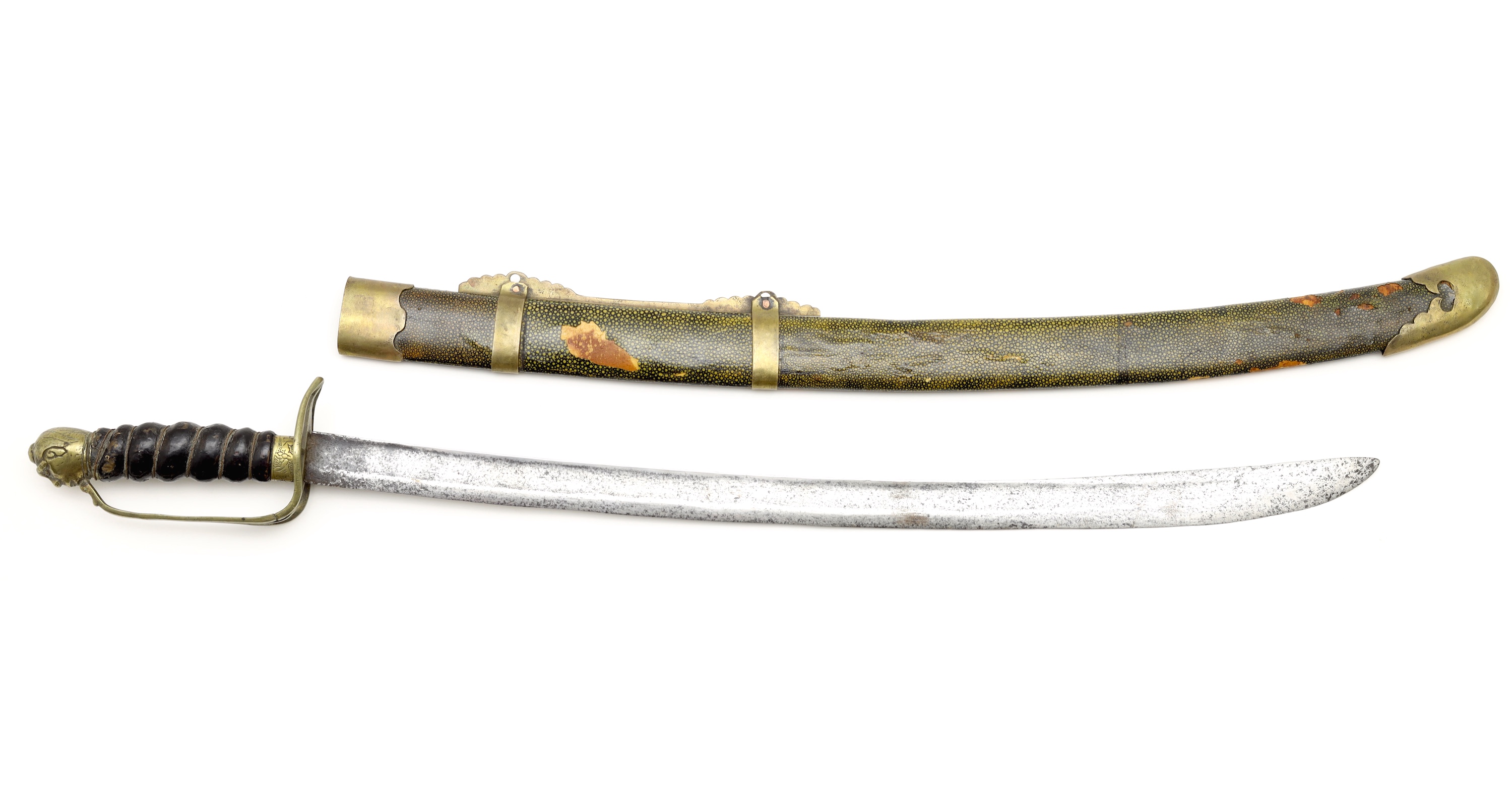 Antique Chinese arms are supposed to be my main area of expertise, yet I am at a loss to explain what we have here.

The blade is of European origin. Unmarked but of typical European geometry and springy temper. It has a wide fuller that fades into the slightly flaring tip.

It is mounted in a somewhat European style hilt that is clearly of Chinese manufacture, featuring a brass knucklebow and spiral carved wooden grip, lacquered black and decorated with copper wire binding. The ferrule is decorated with engravings and stamped work typical of southern China of the late 19th to early 20th century. The pommel is shaped like a human head.

The scabbard is more typical Chinese, made of two halves of wood with the usual configuration of mounts consisting of a mouthpiece, endpiece, suspension bar, and two suspension bands. It is covered with a kind of imitation ray-skin of unknown composition.

Blade pitted and with some bends in the spine. Signs of damage having been polished out, it appears to have seen action either in these mounts or in its previous mountings. Losses to the lacquered wooden grip. A cracked bar in the d-guard and losses to the ray-skin. See photos.

All signs of age are convincing, even under high magnification. I don't think it is very old however, my gut says probably somewhere around the late Qing to the early Republican period. However, there is one in the armory of Sir Walter Scott's former residence, Abbotsford in Scotland, which if collected by the man himself would date from before 1831.

The decor on the ferrule points to southern China, although it could have been made by a Chinese craftsman who moved elsewhere. The pommel is peculiar, to say the least, I am not sure what kind of person it attempts to portray. Unusual as it is, it is the third such sword I have encountered, all with little differences.

It is, by all means, a functional sword, well-balanced, nicely weighted. It appears to have been made for someone who was intending to use it. Its eclectic style points away from the military, and even local militias were generally equipped with more orthodox weaponry.

What's left are, perhaps, the privateers, mercenaries, and pirates -what they were often depended on who you'd ask- that roamed the coastal waters. 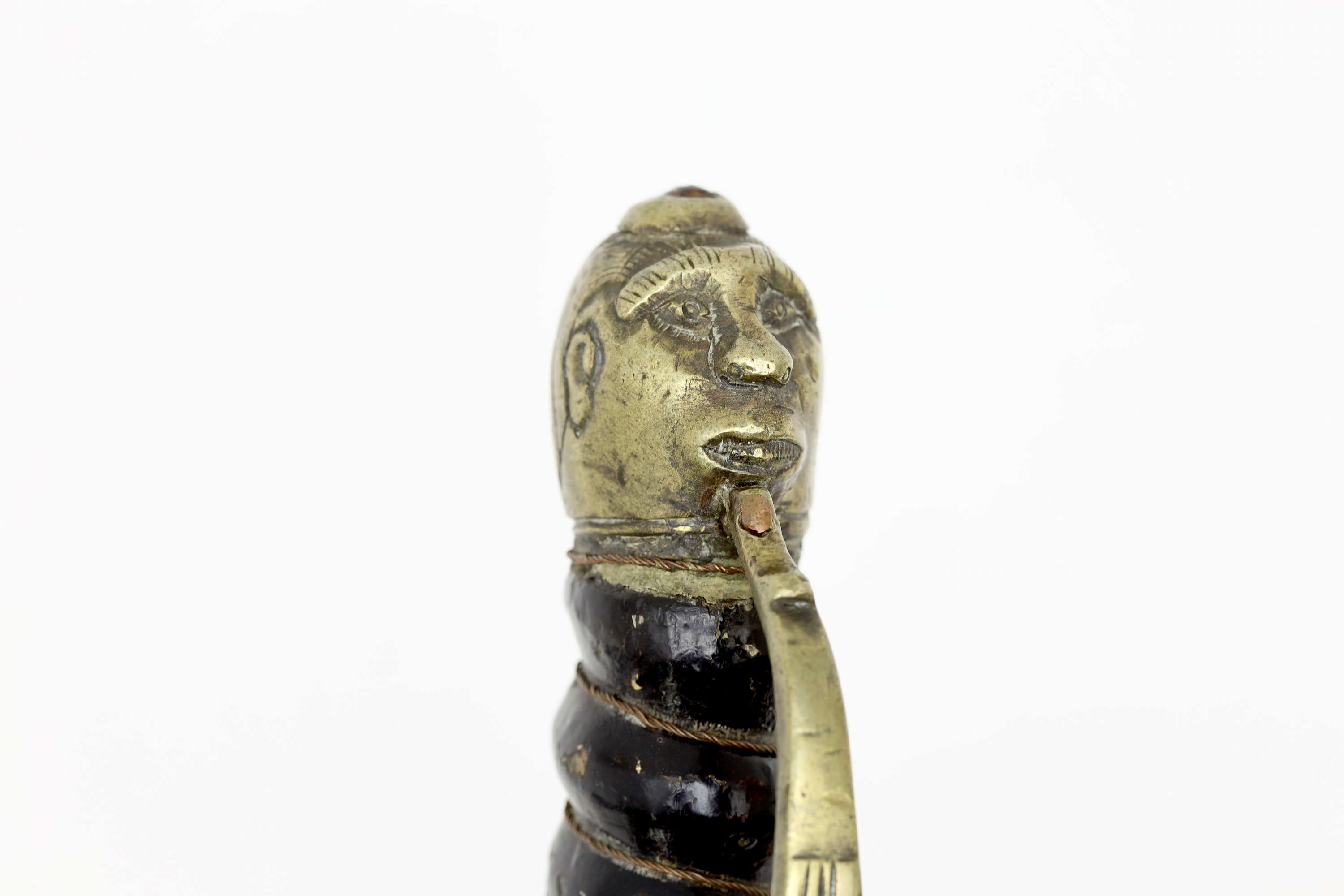 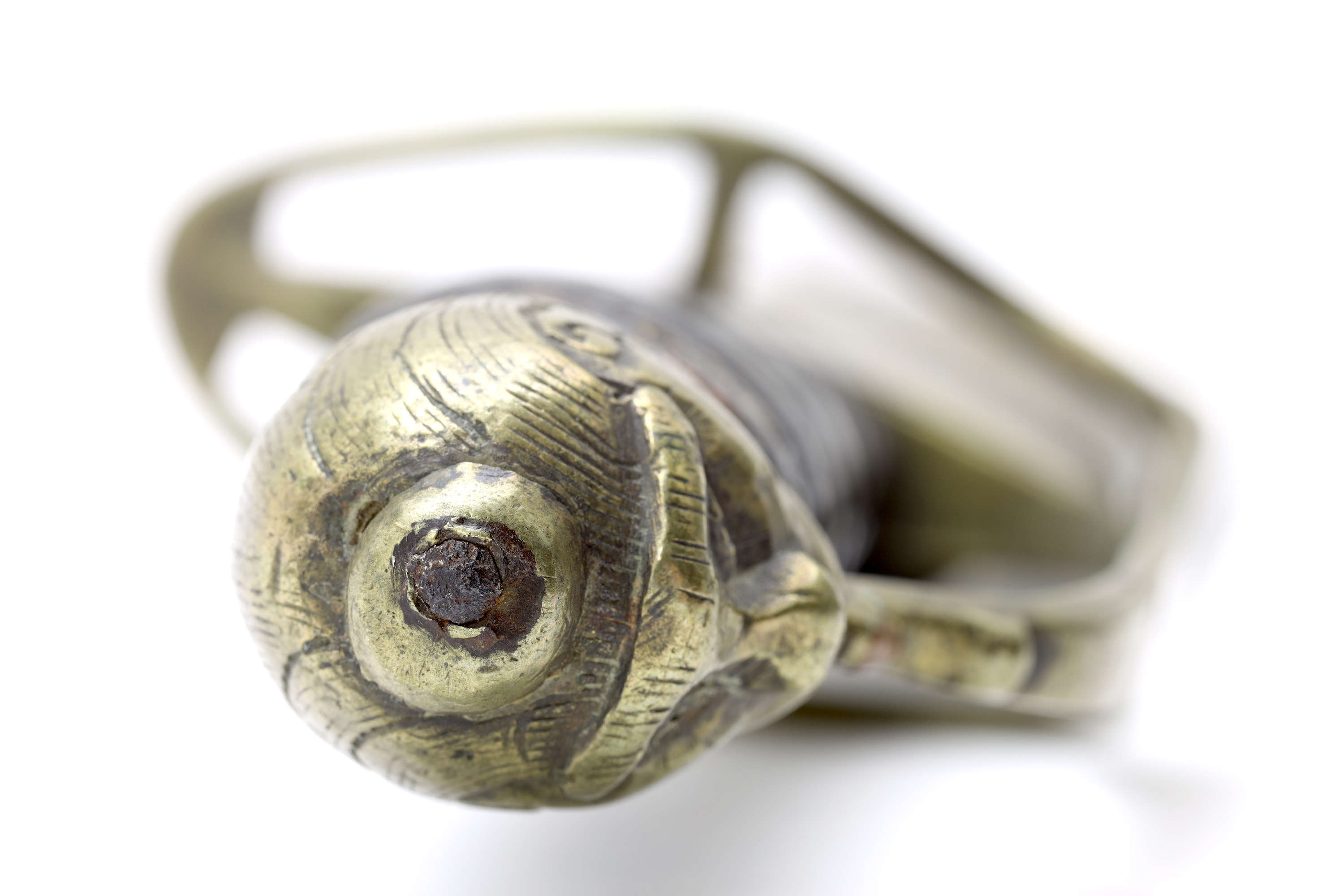 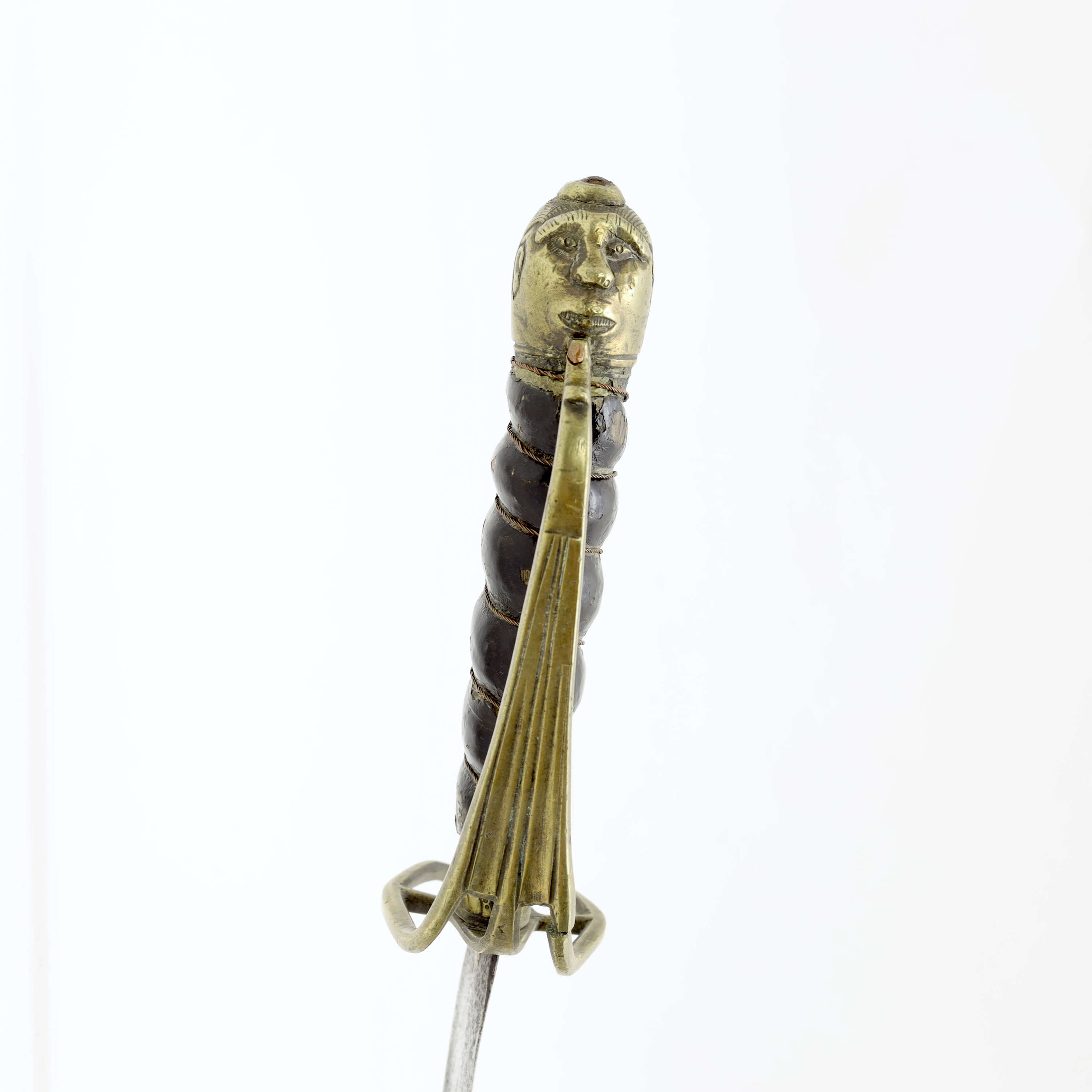