Maker was active around 1780

Both mounts are made of dark shibuichi, a prized copper-silver alloy that became widely popular among fitting makers in the 18th century. They are inlaid with pieces of metal of different alloys, including gold and copper, in contrasting colors.

The kashira shows Su Shi on a donkey. He was a Song dynasty statesmen and polymath who lived from 1037 - 1101 A.D. and is today celebrated as one of the most important figures in classical Chinese literature. He was critical against the reforms of chancellor Wang Anshi, and his sharp brush got him in trouble more than once which resulted in him being exiled. The figure on the fuchi is possibly Wang Anshi.

It was made and signed by Hisayuki (久隨) who was active before 1781 and a student of a certain Murakoshi Shigeyuki who was an assistant samurai.1 Both worked in the Hamano style.

A beautiful example of fine Japanese metalwork of the 18th century. It depicts a Chinese exemplary scholar that got in trouble for speaking his mind. This set exemplifies the importance of Chinese high culture in educated Japanese circles of the Edo period. 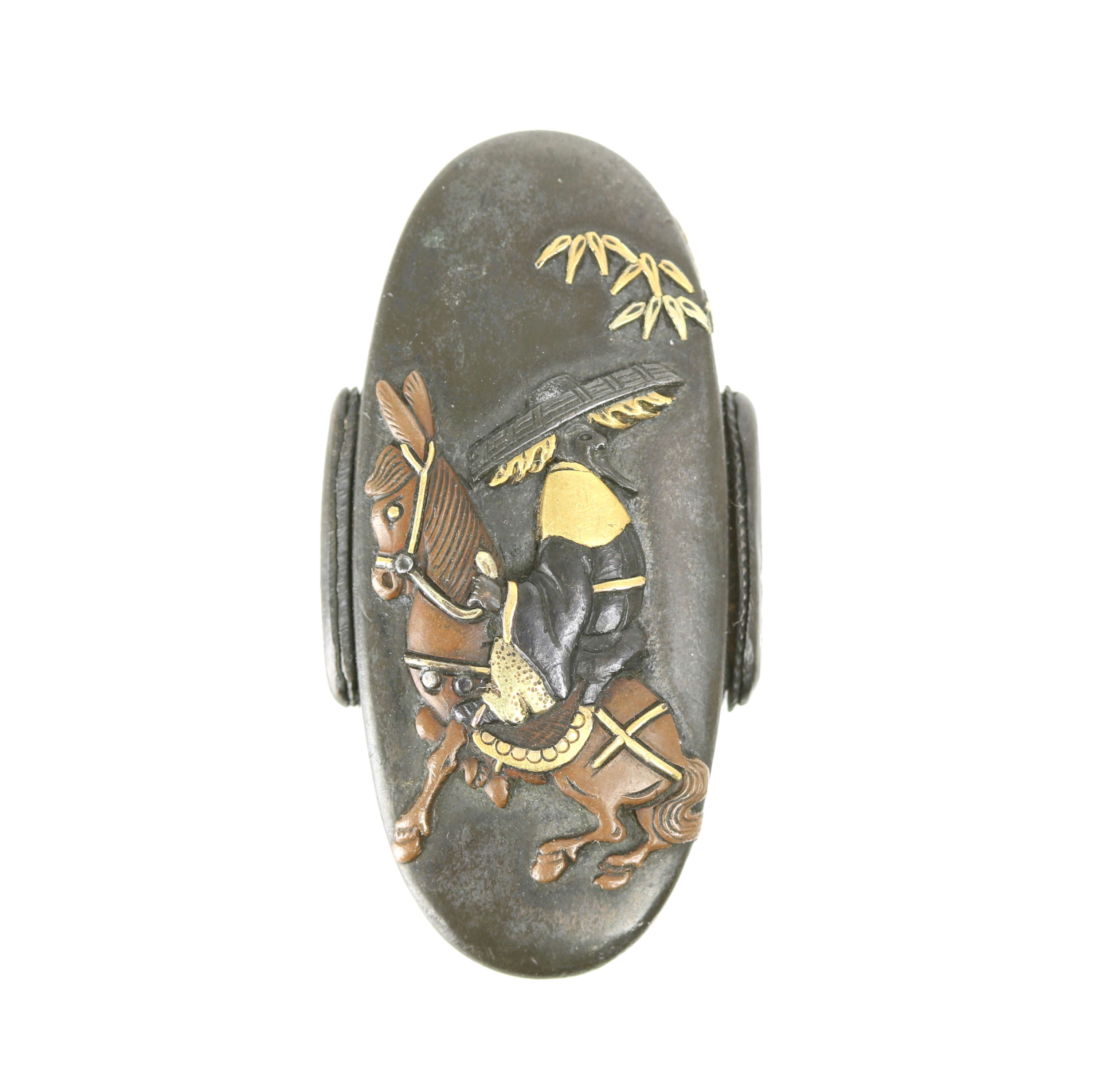 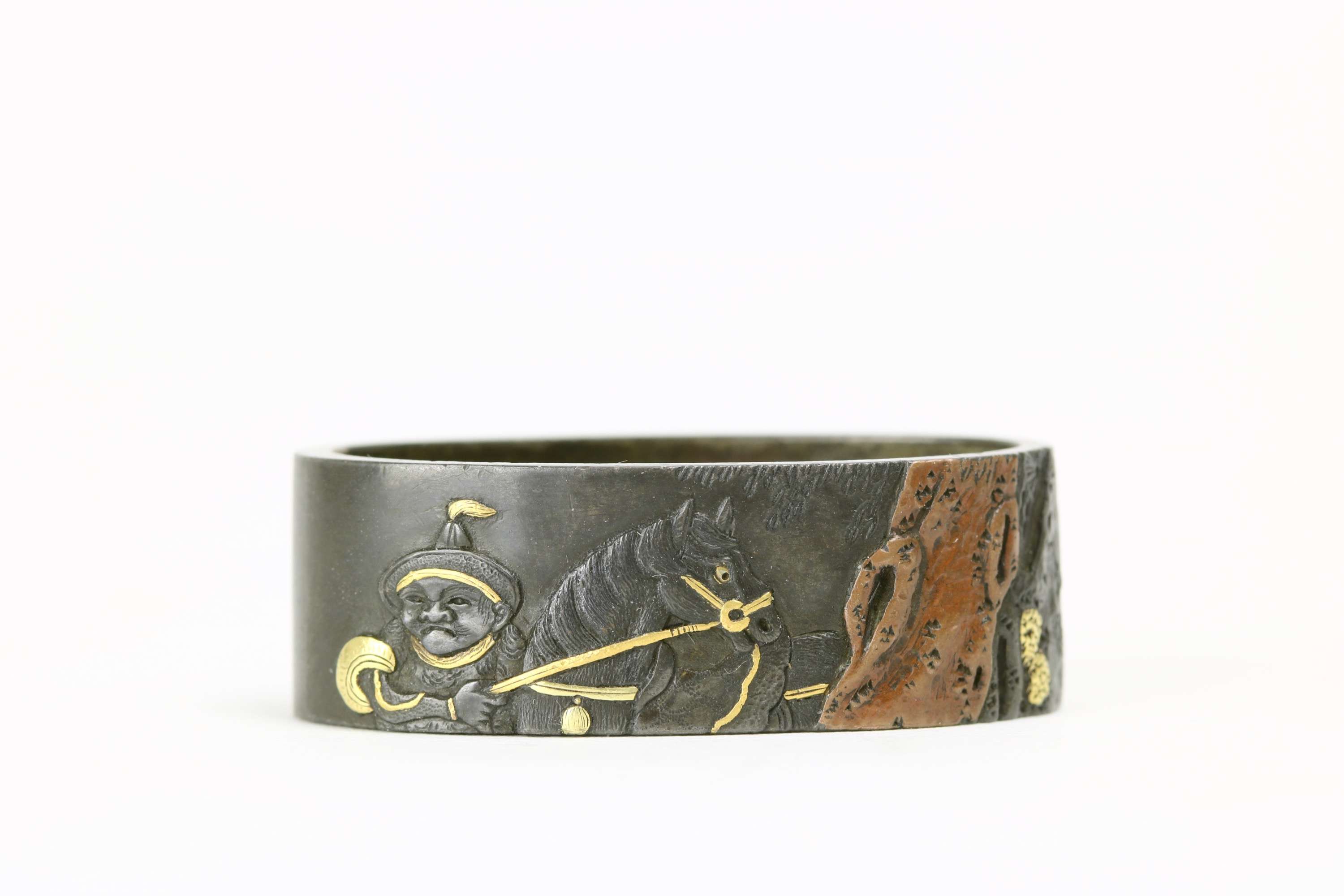 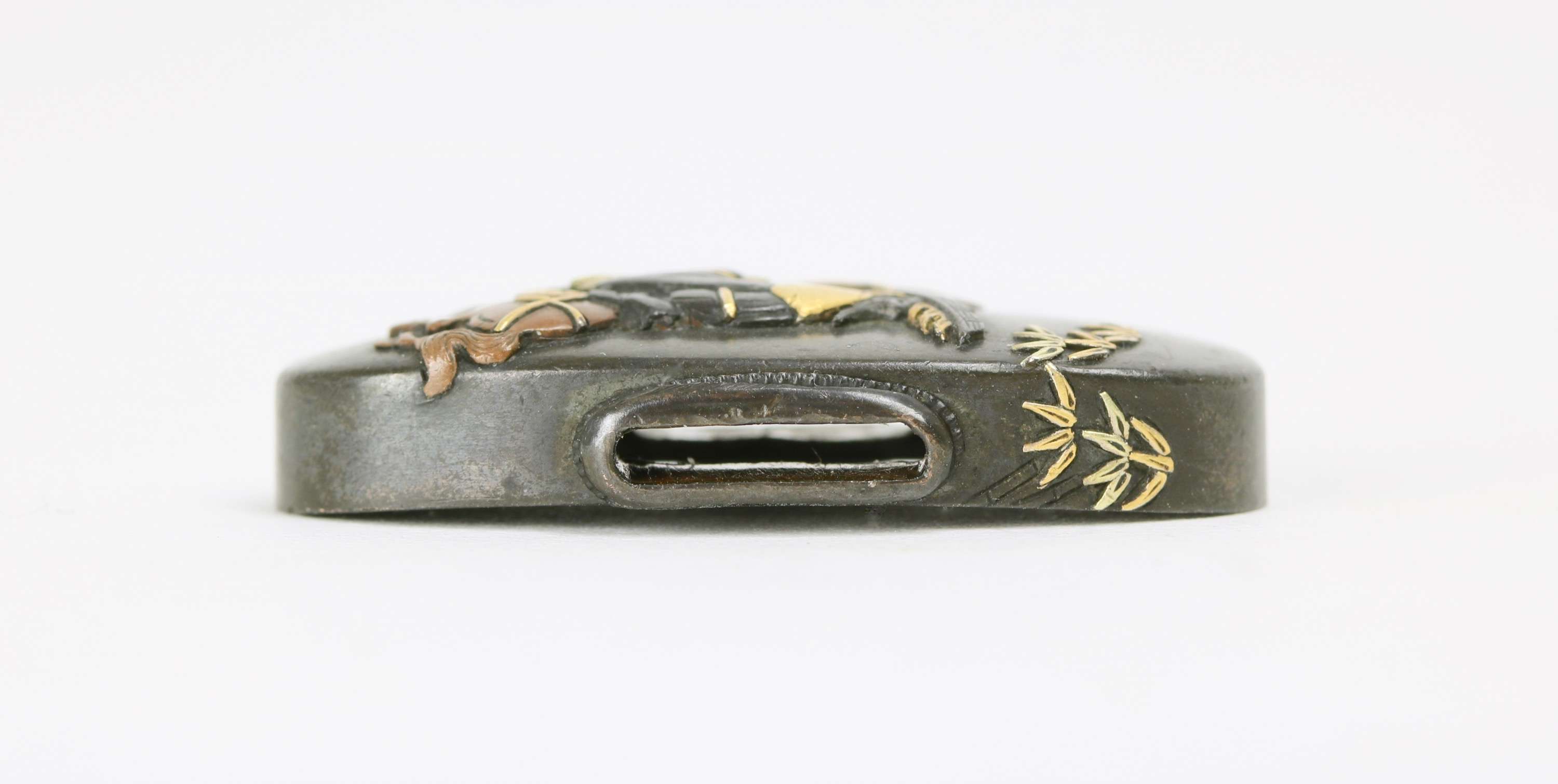 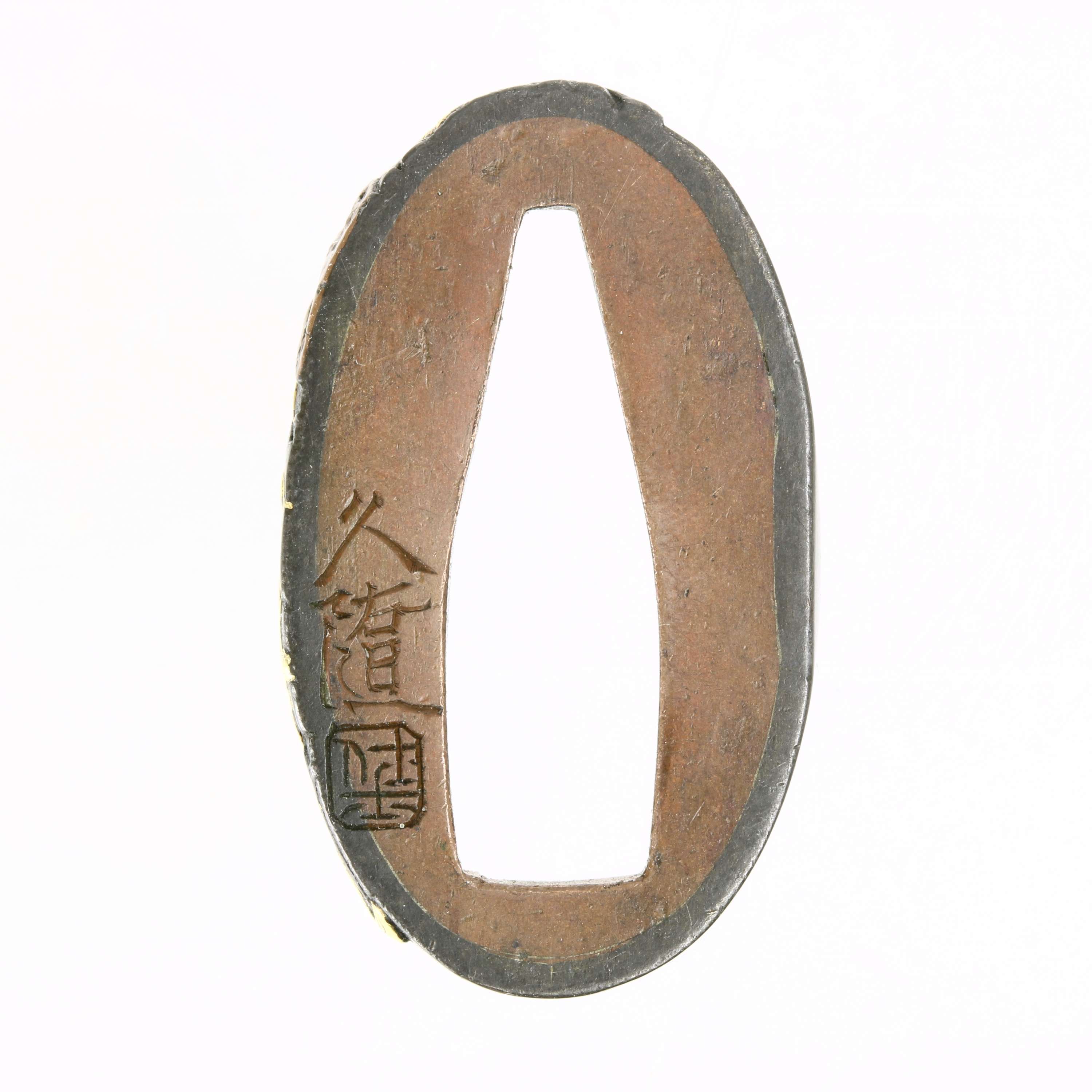 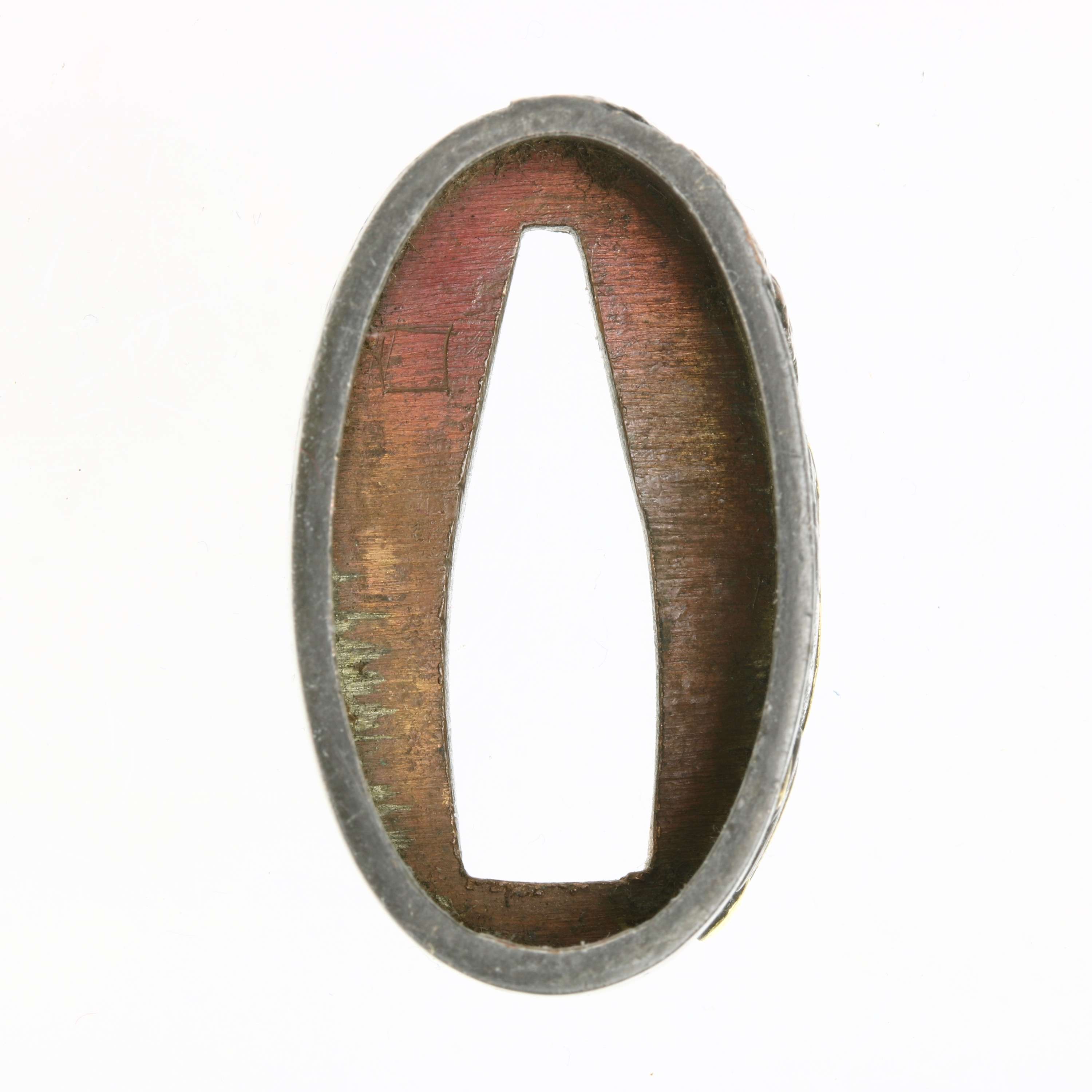 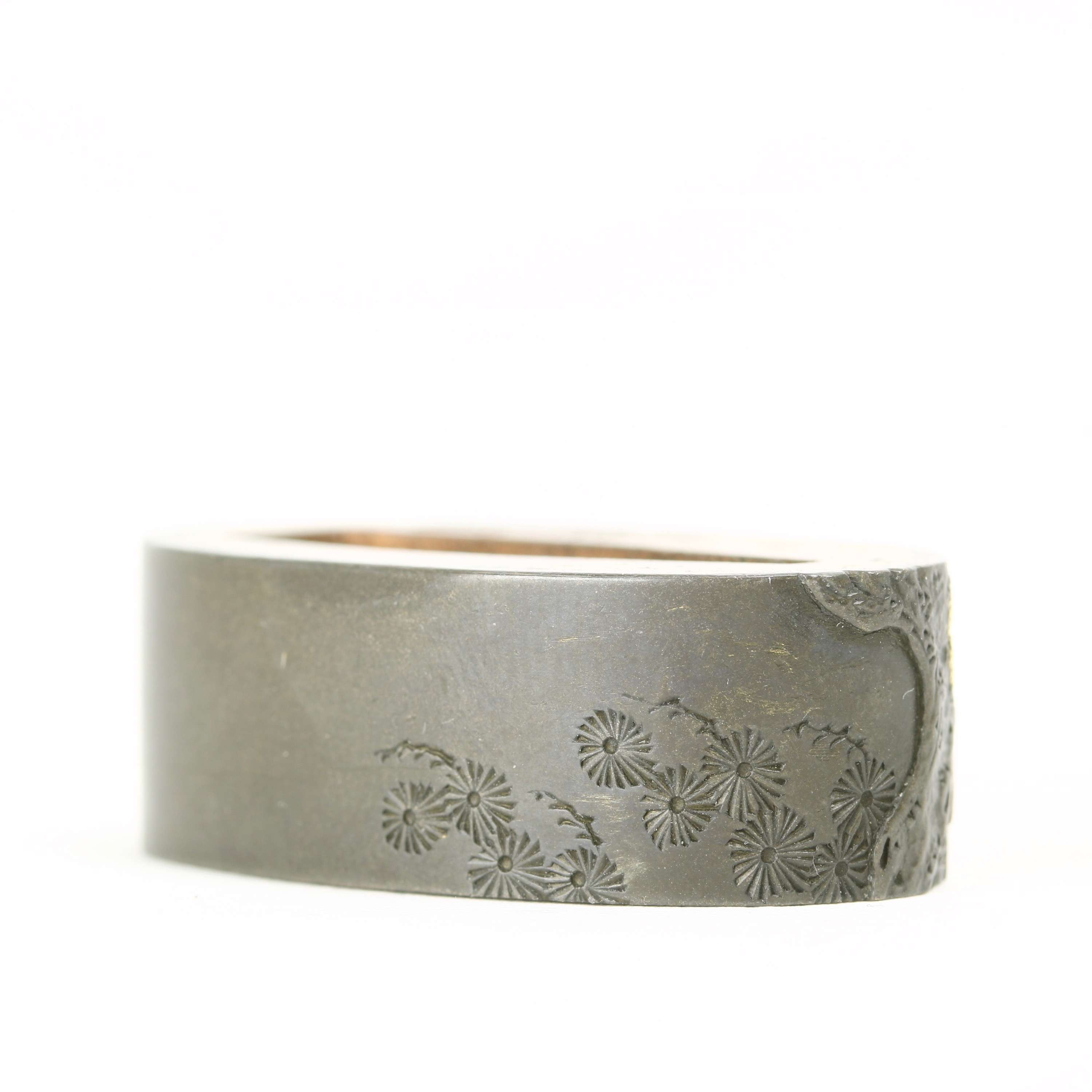 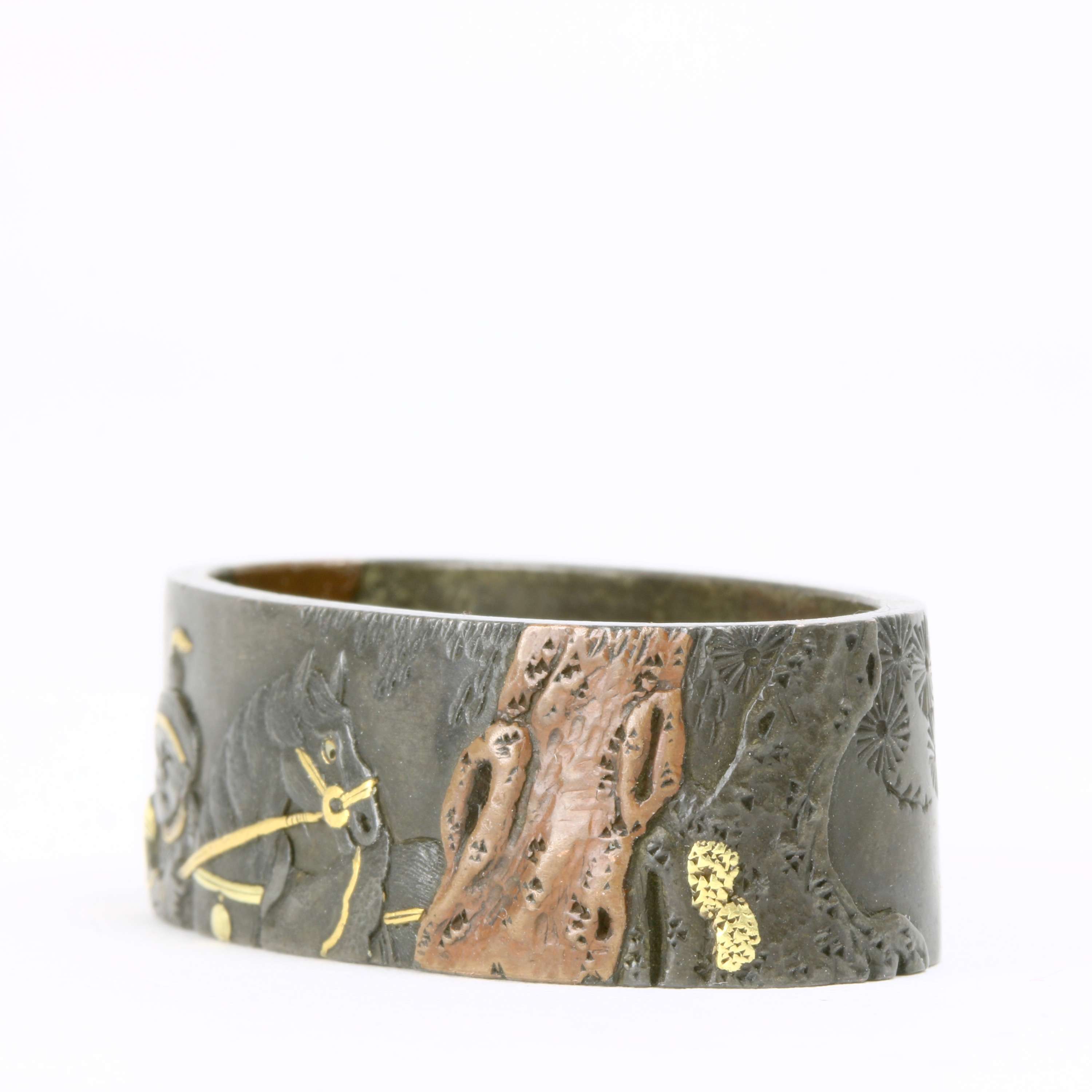 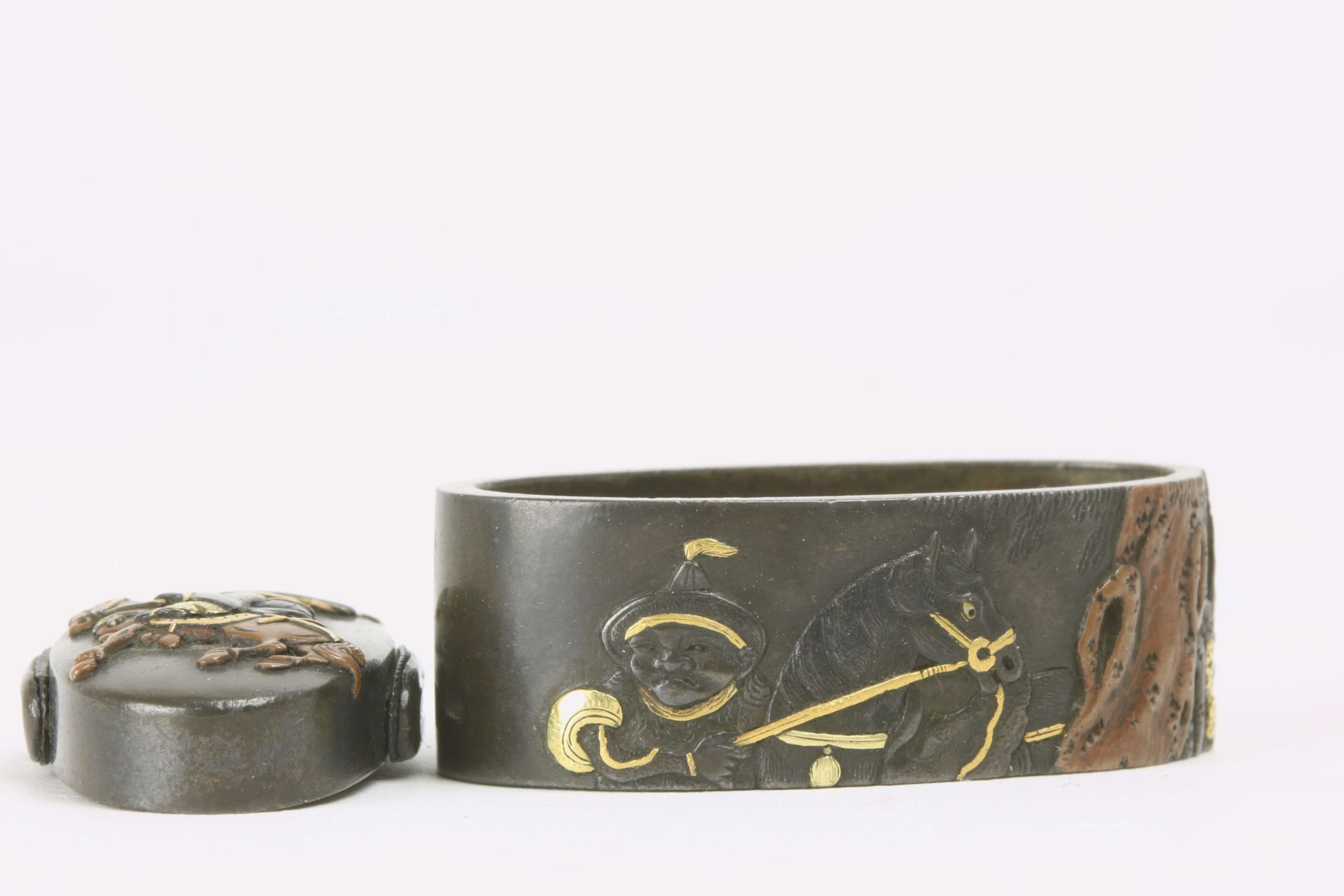 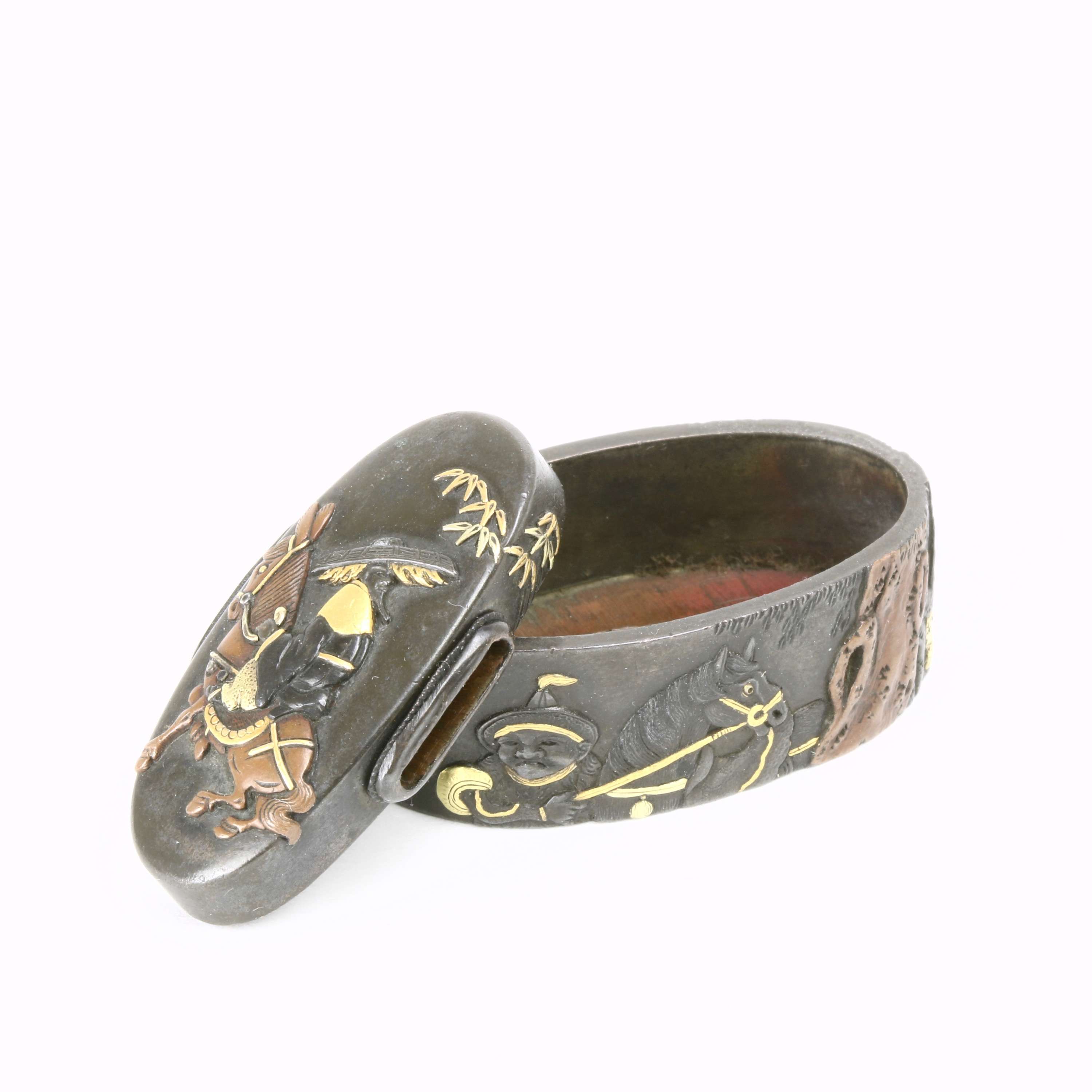 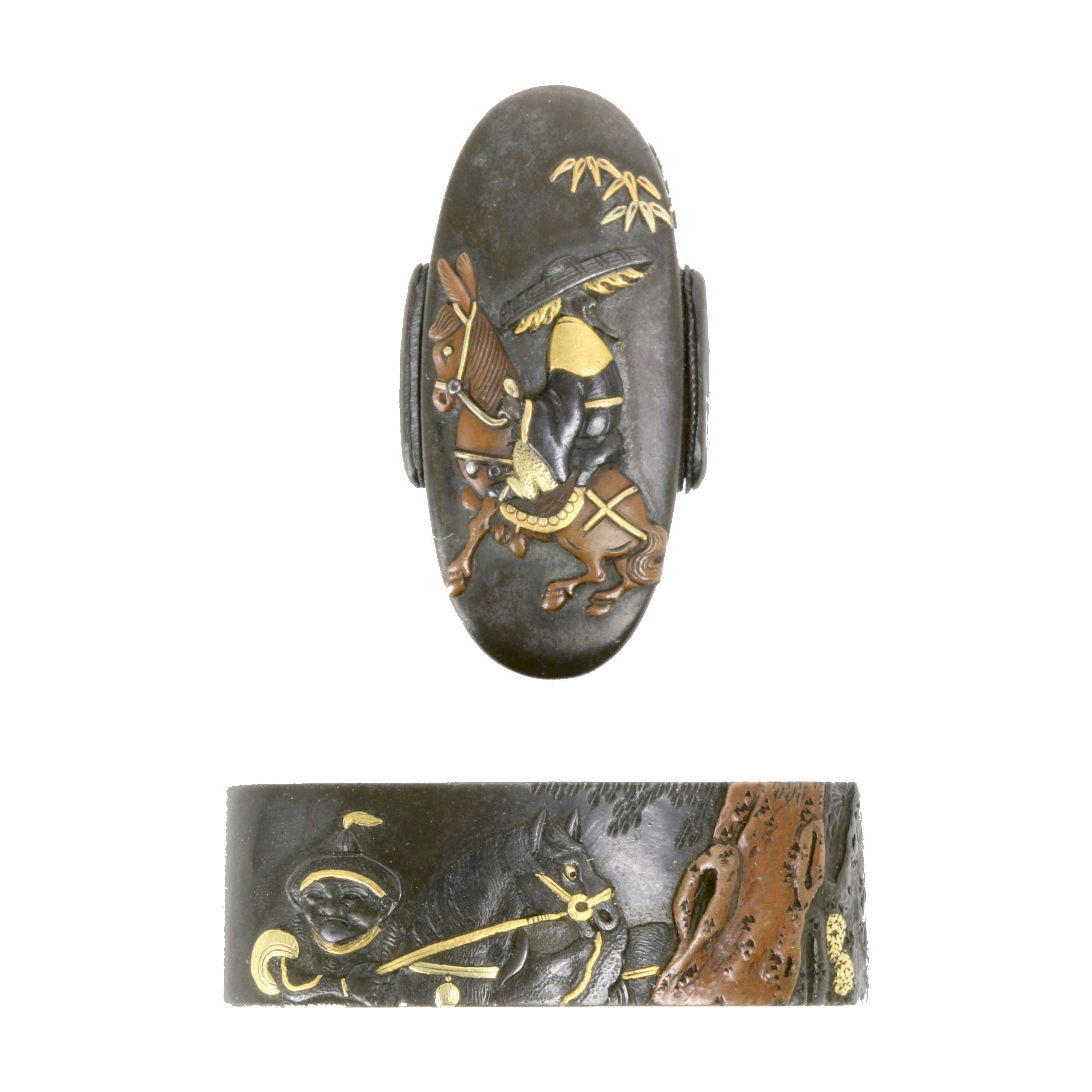