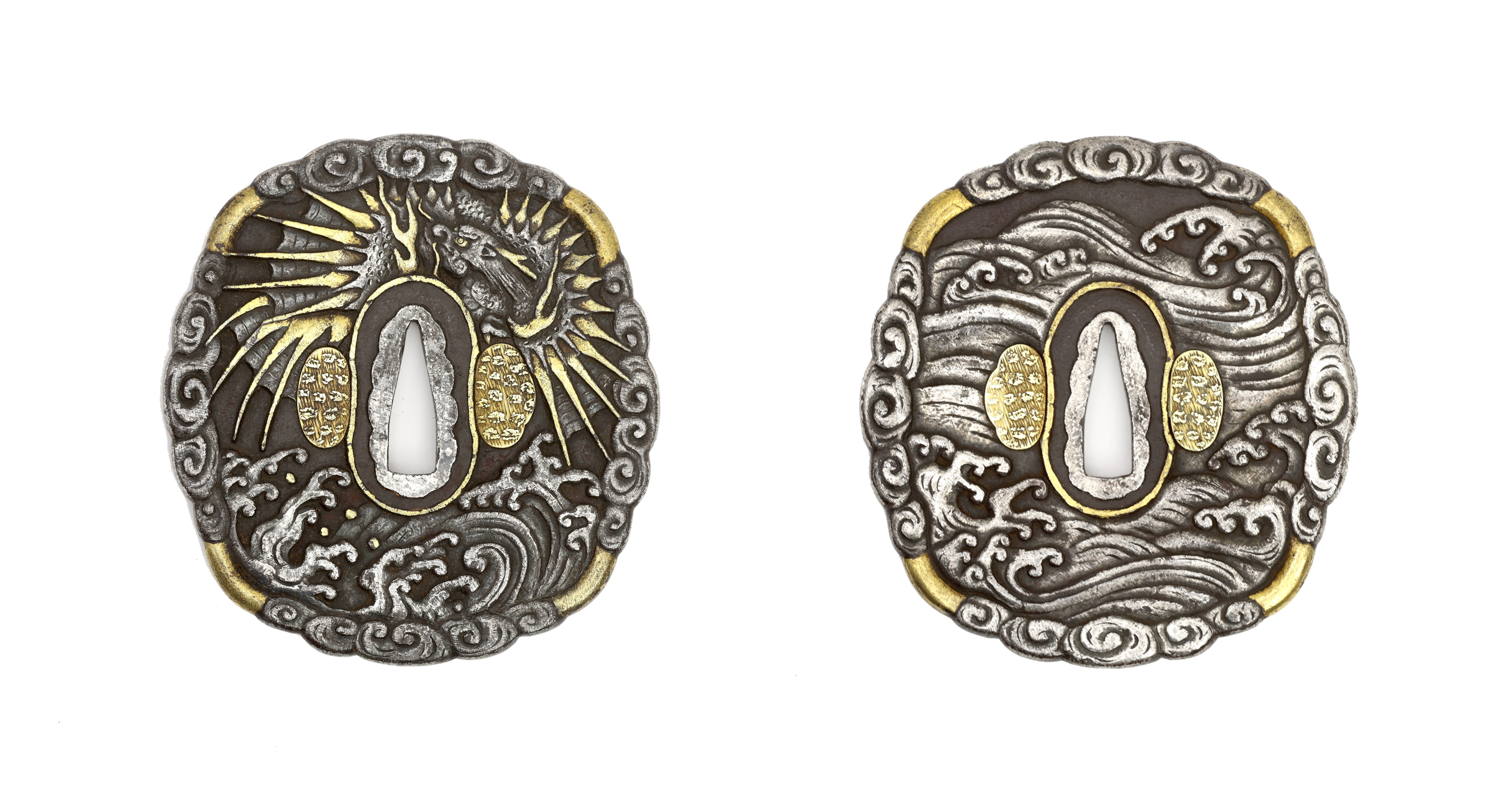 Possibly made in Nagasaki Chinatown by Chinese workers

A very large iron tsuba (鍔) or "sword guard". The large size indicates it was for a larger katana or tachi sword, worn exclusively by the samurai class.

It is decorated on the facing side with a winged dragon flying above a rough sea. The cardinal points of the tsuba are decorated with stylized clours that extend over the border, giving the piece an irregular outline called kawari-gata. The reverse is more tranquil, showing only stylized waves and clouds.

The work is done by hammering to shape and then chiseling. It was then covered with gold and silver by means of nunome zogan, overlaying of gold or silver over a crosshatched background.

It has two hitsu-ana, openings for the by-knife and hairpin, now filled with gold.

The seppa-dai or "washer seat" is in Chinese style, as in not left plain like is the Japanese custom, but decorated with a raised motif, overlaid in silver.

Winged dragons are somewhat rare in Asian art but can for example be seen on Qing dynasty war flags. In particular, a flag called dé shèng líng dào (得勝靈纛) or "Victory Banner" which was raised when attaining victory in the field.1 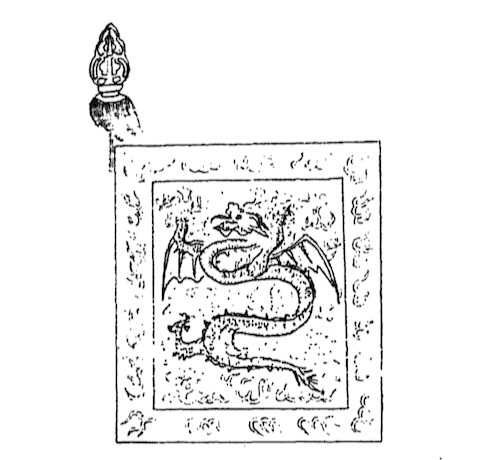 Qing military regulations were obtained by Japanese scholars and re-published in Japanese on several occasions. See for example the 唐土訓蒙圖彚 or "Illustrated Encyclopedia of Things Chinese" of 1719 sold at Mandarin Mansion some years ago. The inspiration for this tsuba may have come directly from a Qing banner, or possibly from one of these reproductions of regulations.

It came with N.B.T.H.K. Hozon papers which were unfortunately lost in transit. The papers attributed the piece to Hizen, and while I don't always agree with their attributions of the stranger tsuba, I would generally agree with this assessment.2 More specifically, it may well be the work of Chinese carvers operating in Nagasaki Chinatown.3 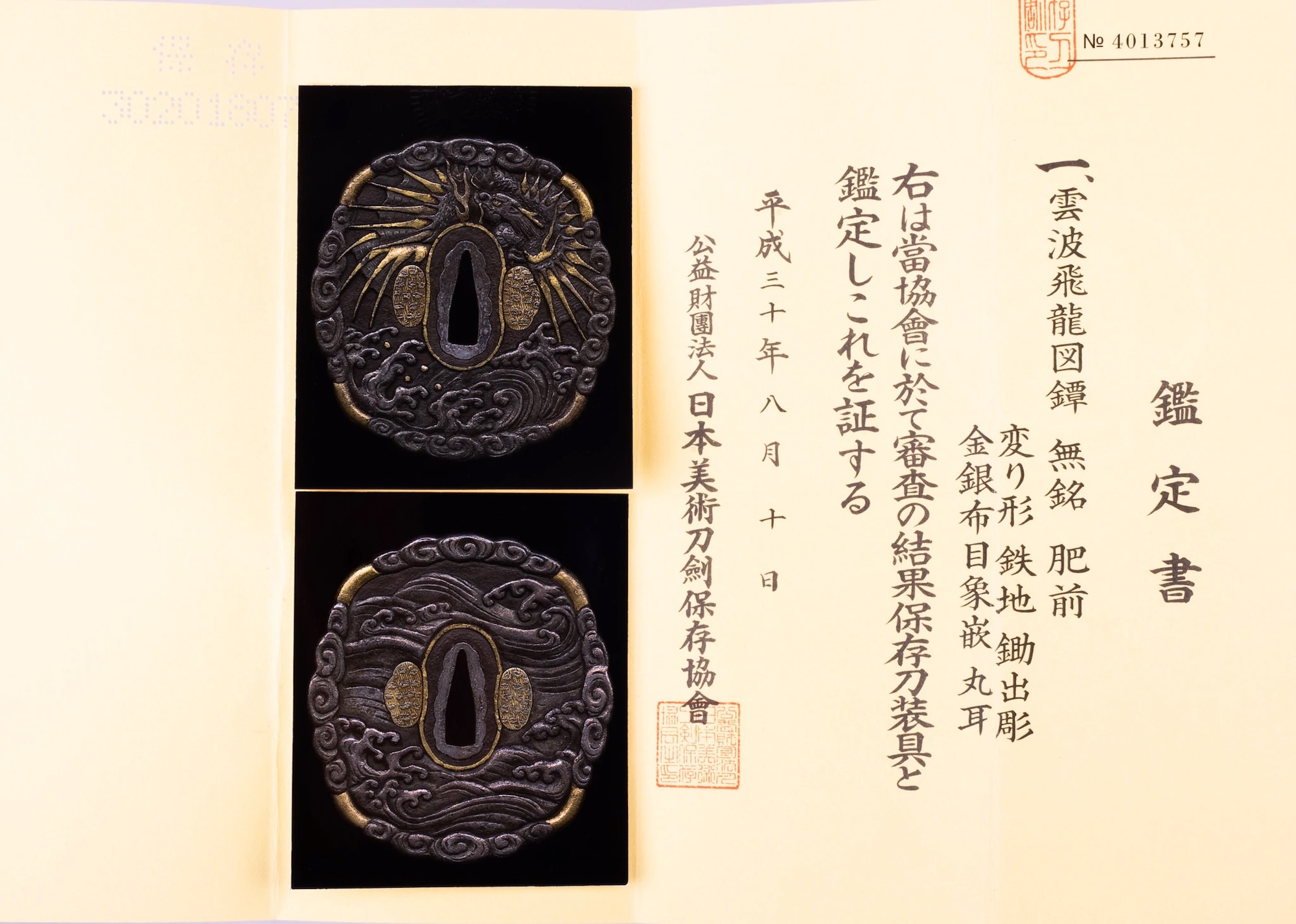 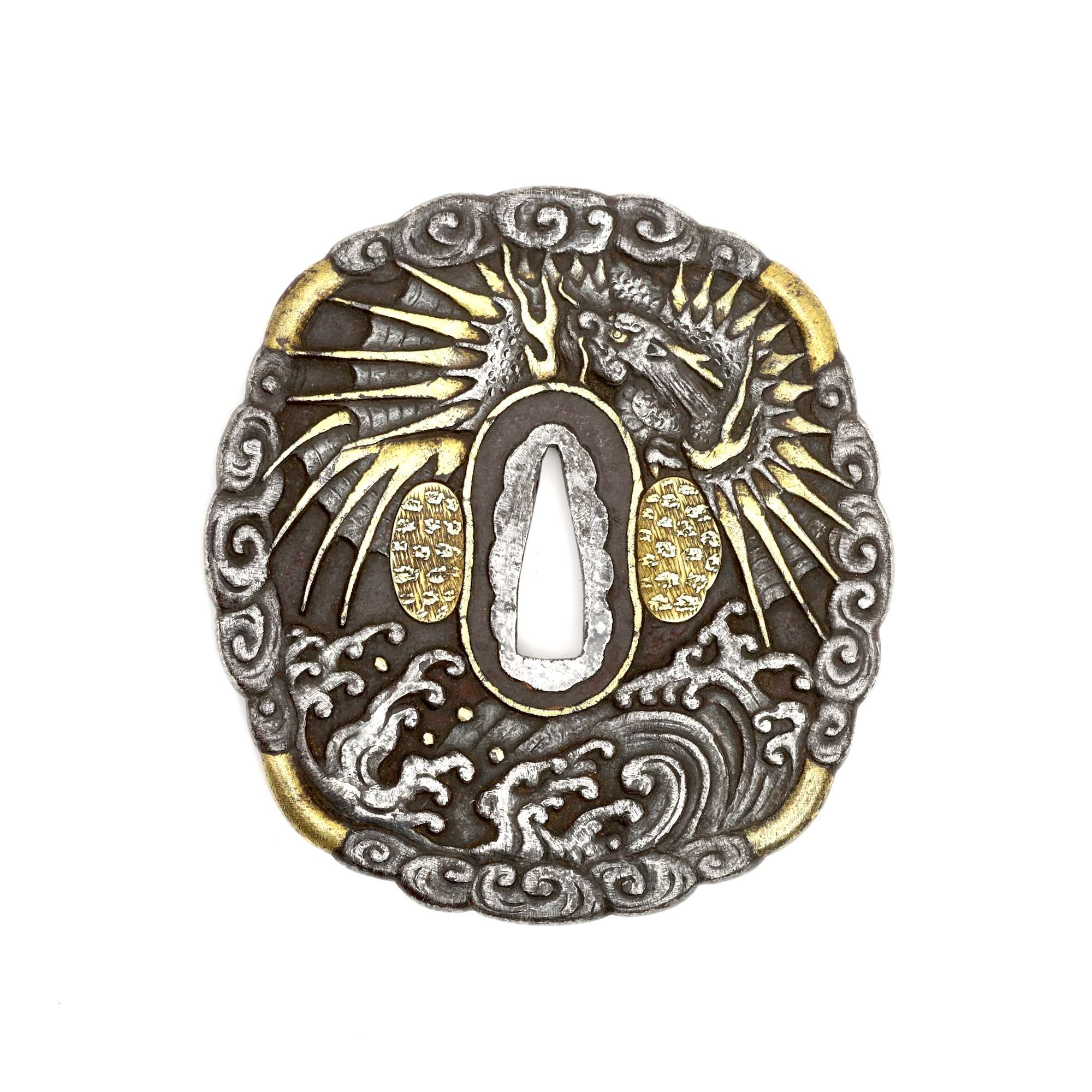 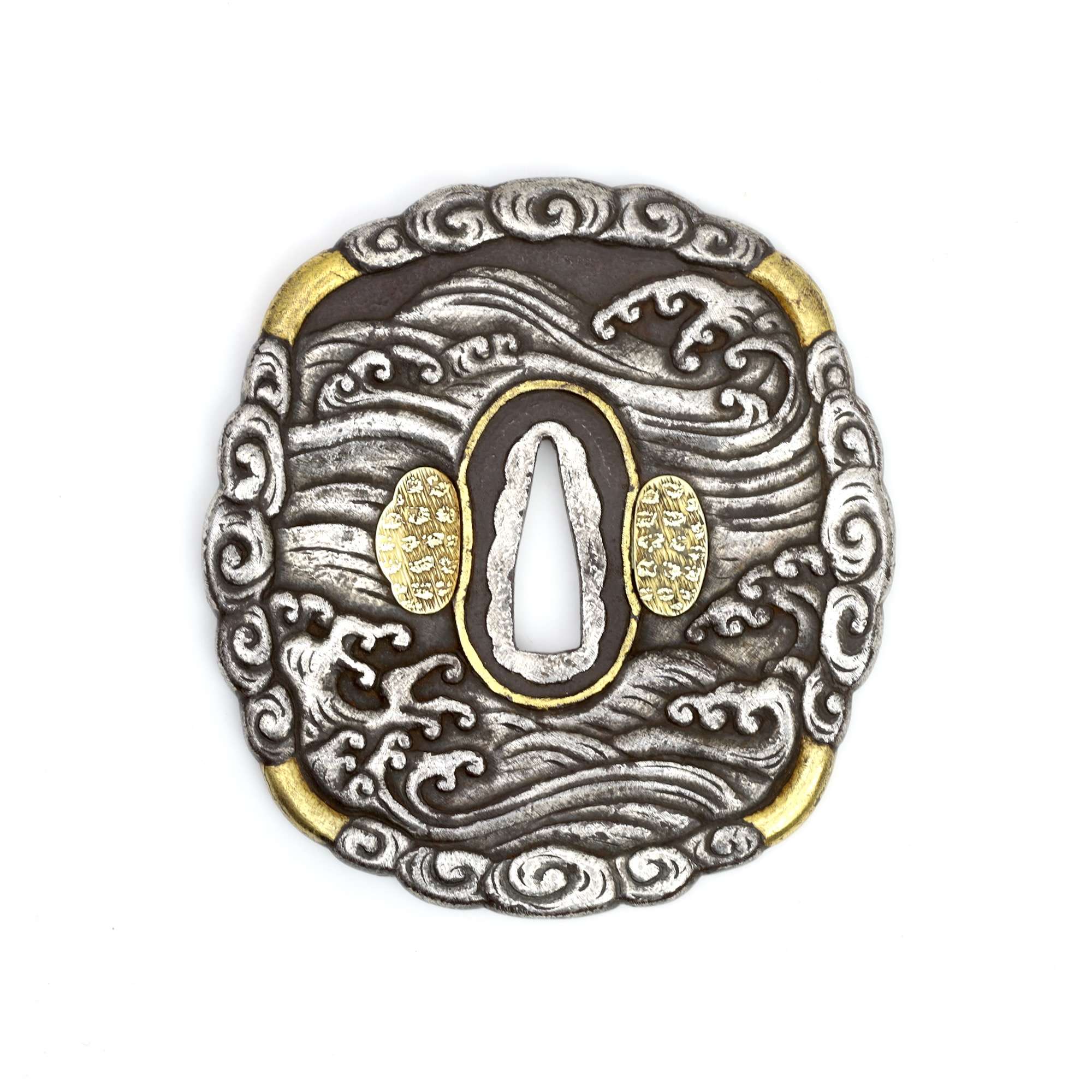