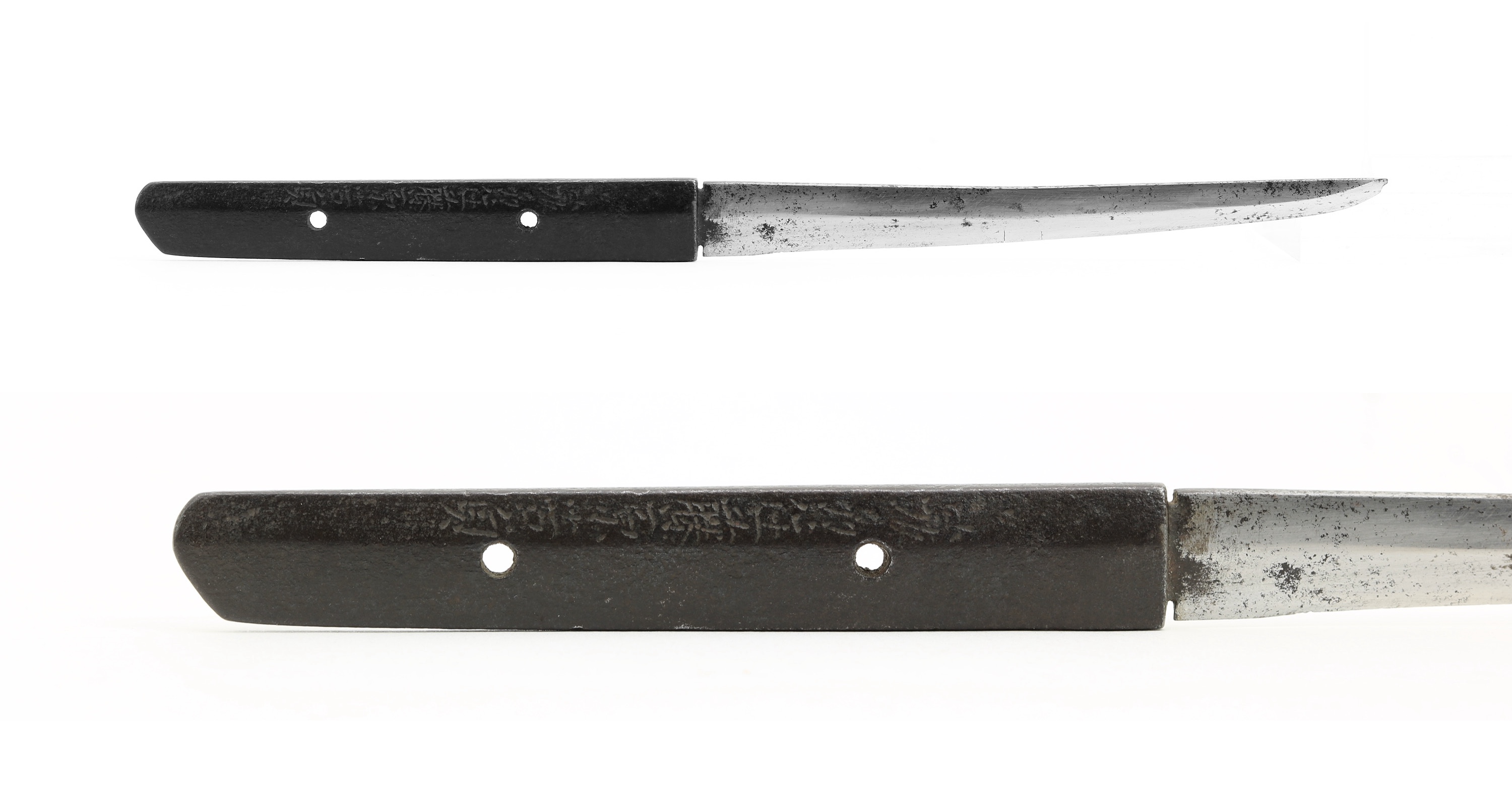 The kozuka (小柄) refers to the handle of a small utility knife that is carried in the scabbard of Japanese swords and daggers. It was used for whatever the main blade was too big or too precious for. The whole knife is called kogatana (小刀), but in collector's circles the whole is often called kozuka. Like with Japanese sword guards, tsuba, there is quite a collecting culture around the handles alone.

A quirky variety of a kozuka that is shaped like a miniature, out of proportion unmounted katana. The blade with more of a curvature than usually is the case, an a pronounced ridgeline (shinogi) in about the center of the blade on the right side. The left side remains flat ground.

It is made in a one-piece construction with the handle, which in turn is shaped like a nakago, the Japanese sword tang. It has two peg-holes called mekugi-ana that on an actual sword would take pegs to fix it to the hilt.

The nakago is signed, like many sword tangs would be. It says:

Fujiwara is a clan name, sometimes quite freely used.

Yoshisada is the smith's name.

There is a smith listen in Hawley's Japanese Sword Smiths, entry YOS 754, who came from Sunshū and signed with Fujiwara Yoshisada. He was active around 1700. This is most likely our guy.

Signatures on Japanese arms are often gimei, false signatures, often done as a hommage to a certain smith or in worse cases to plainly fool a buyer. The smith on the kogatana however is so obscure, that we are most likely dealing with work from the actual person. The false signatures tend to be of much bigger names.

Hilt in great condition, much like any sword tang of that period. The blade has a chip near the tip and two stress cracks in the edge. It is in old polish and only vaguely shows a hamon, but it's there, just like on a sword.

A charming old kogatana with a handle shaped like a sword's nakago, including signature of a smith who was active around 1700. 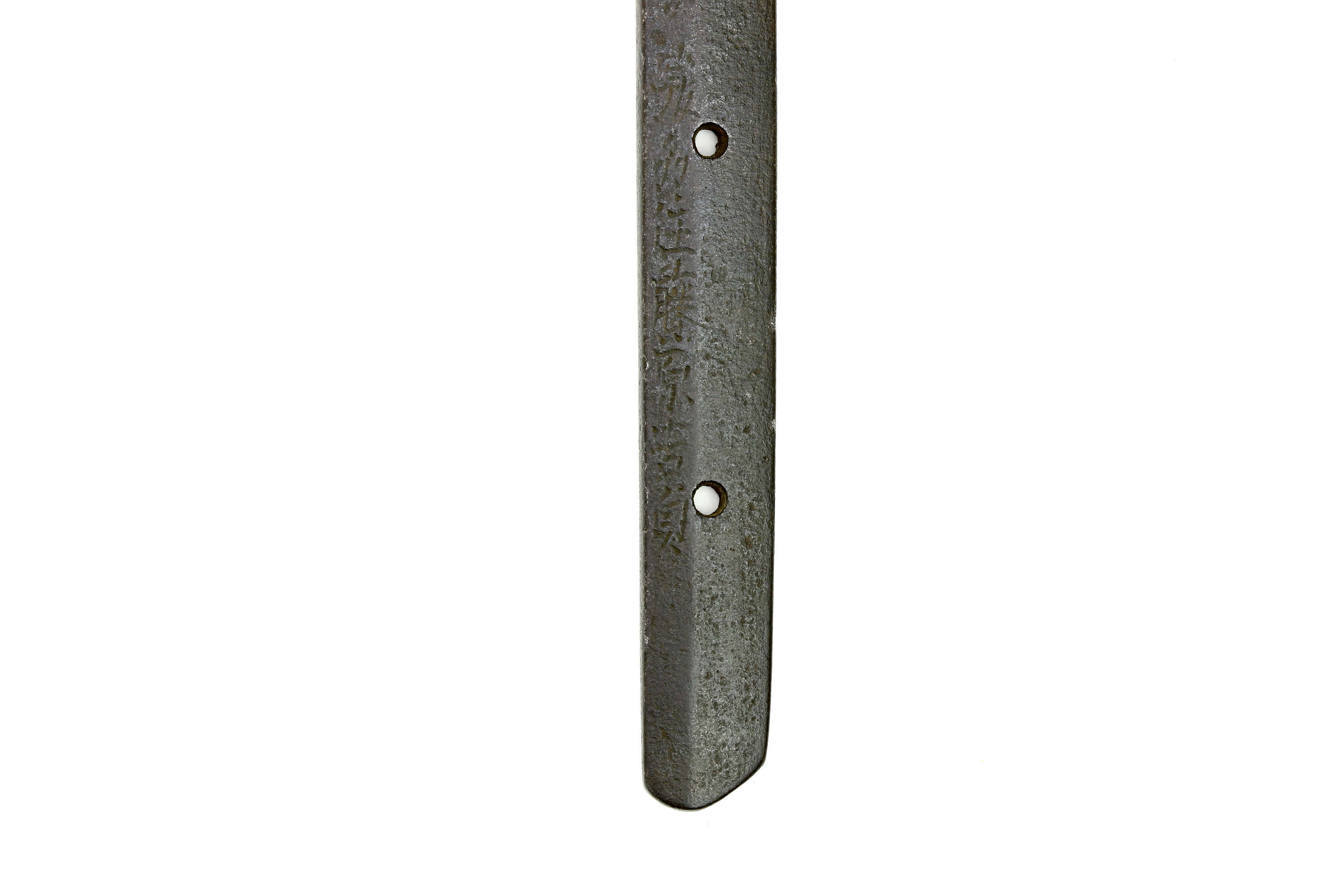