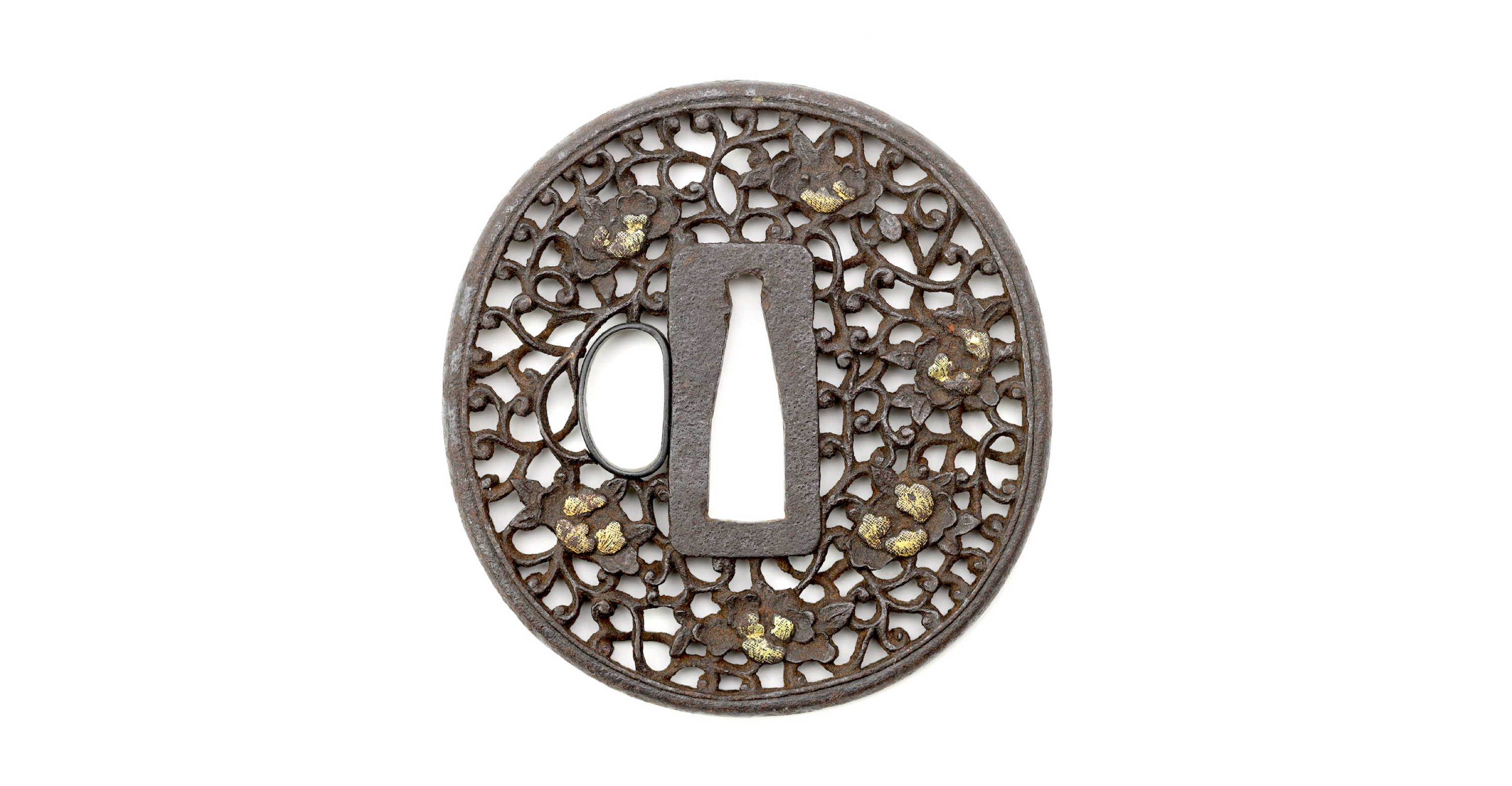 A Japanese tsuba showing strong Chinese influence. Round with a smooth rim, the decor consists of complex vine work called karakusa with on each side six articulated peonies. Some of the vines go over and under each other in the undercut work that this kind of metalwork is known for.

Each peony is chiseled in relief and decorated with gold leaf applied over cross-hatching. It is the execution of this gold that betrays it is Japanese work, with the cross-hatching done in three directions while Chinese work typically prepares the surface with two-directional cross-hatching.

The seppa-dai (washer seat) is rectangular, another hint towards strong Chinese influence, as angular hilts that fitted this shape were common in China primarily in the 17th and 18th century.

It has one hitsu-ana for the kozuka, lined with shakudō.

The work reminds somewhat of that seen on a tsuba signed "Tonshu Shinshichi" which is an alias for Hattori Yoshitsugu, a student of Yagami school founder Noda Mitsuhiro. The Yagami school was among others known for the 100 monkeys tsuba.

This tsuba, although made in Japan, also retains the angular Chinese style center plate. The kozuka hitsu-ana was probably once lined with soft metal like shakudō, as was common for the Yagami school. 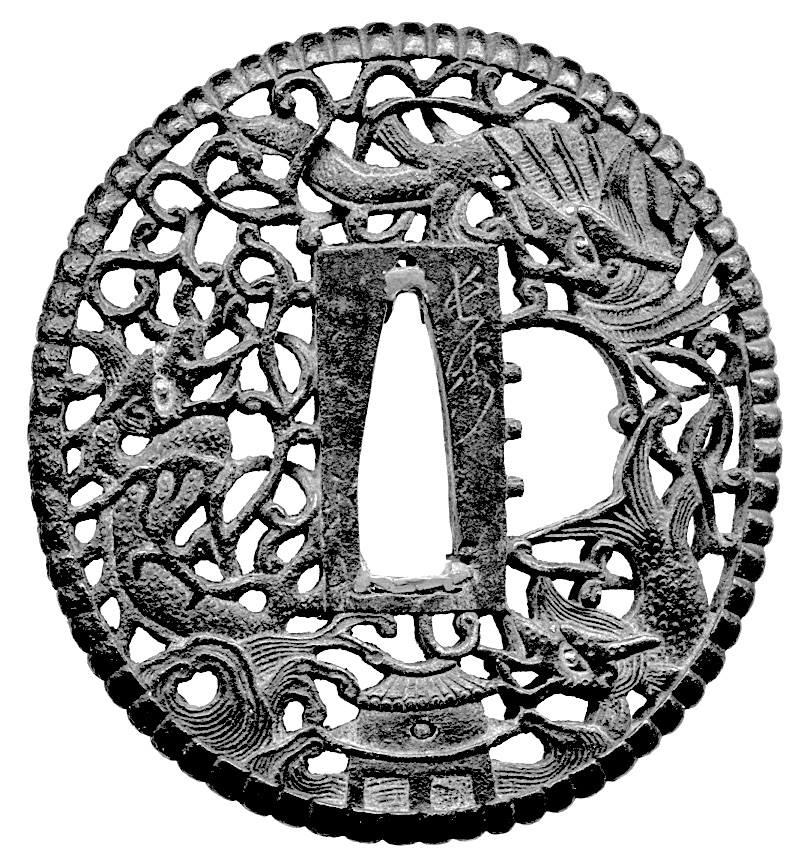 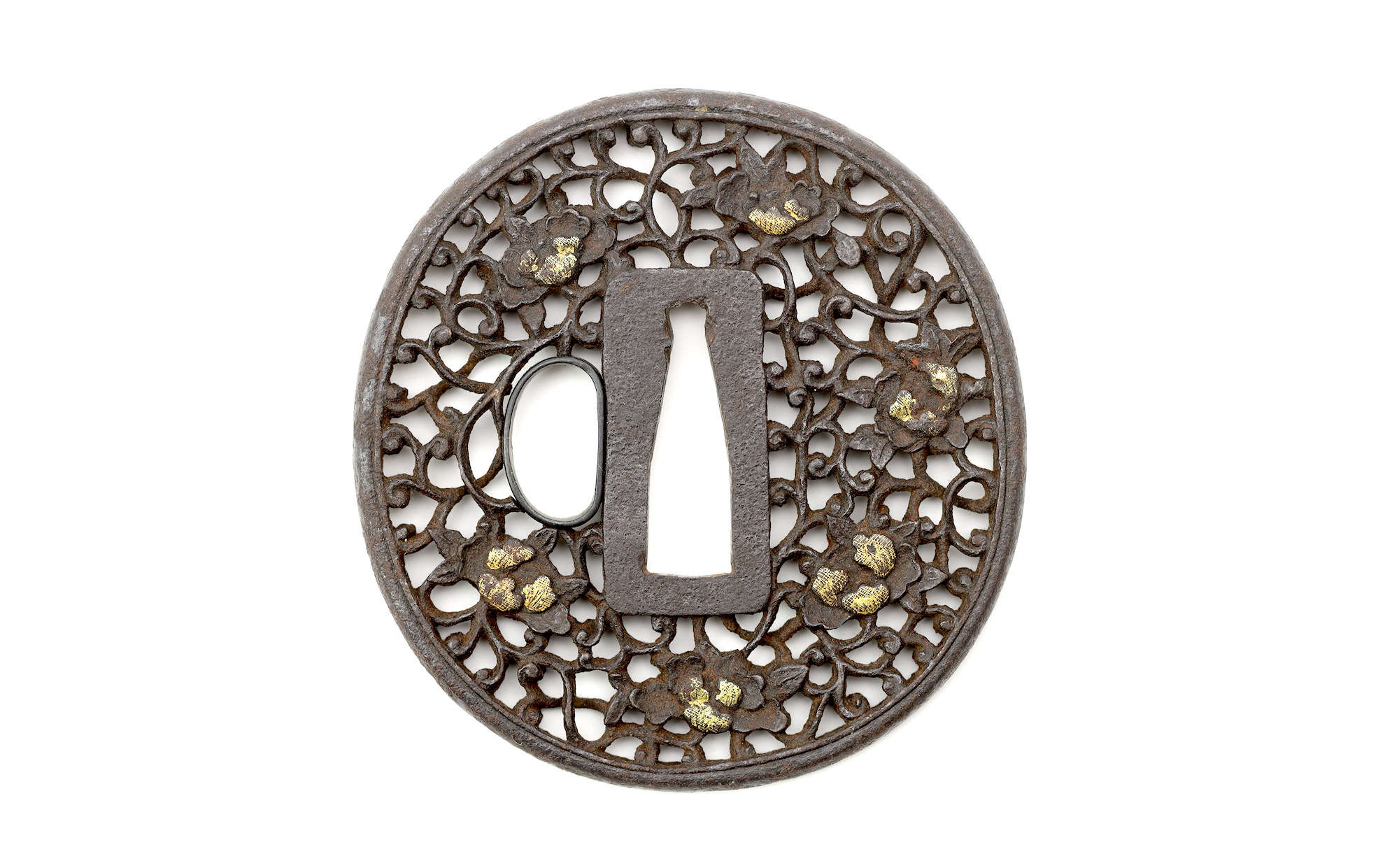 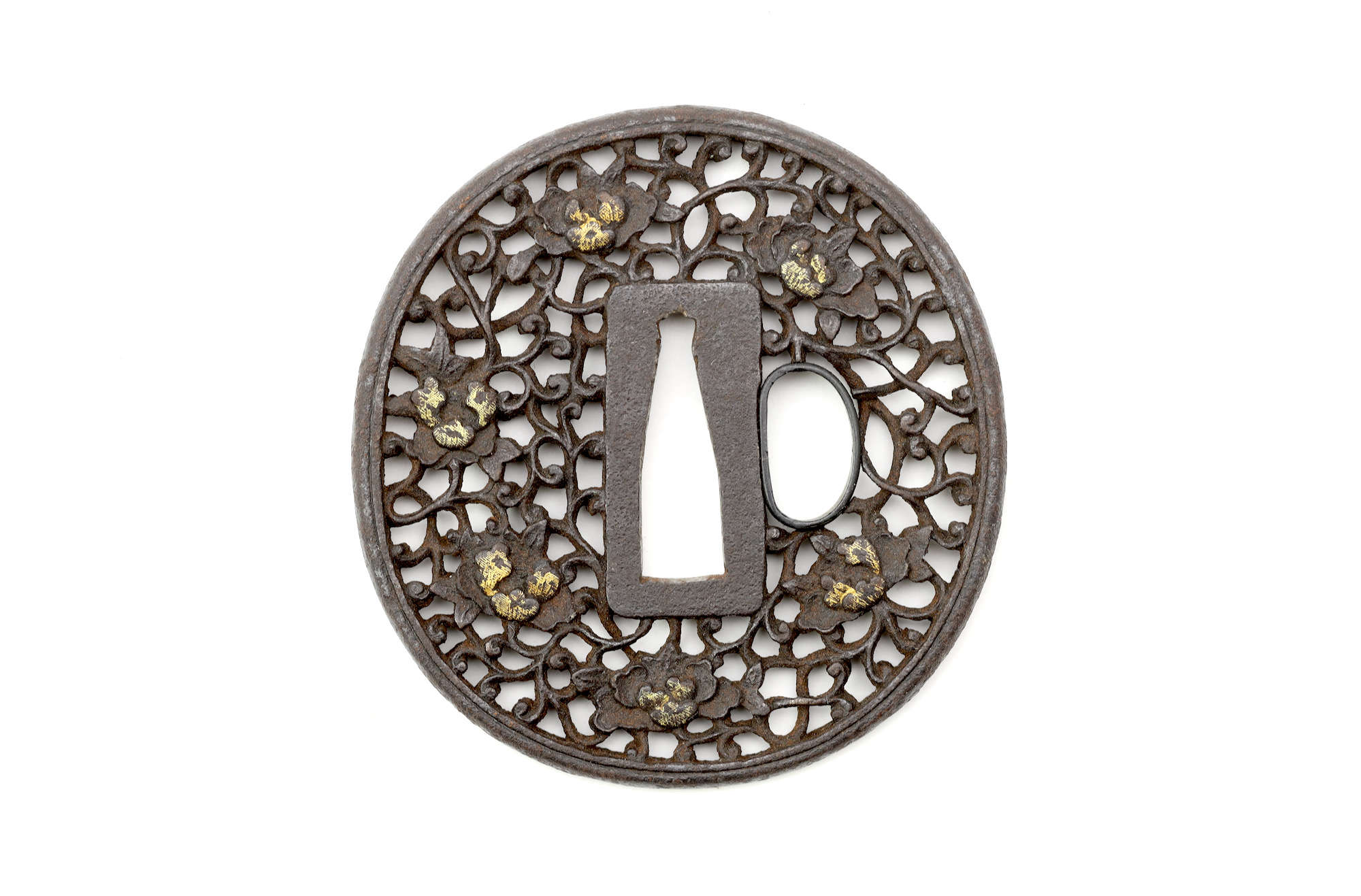 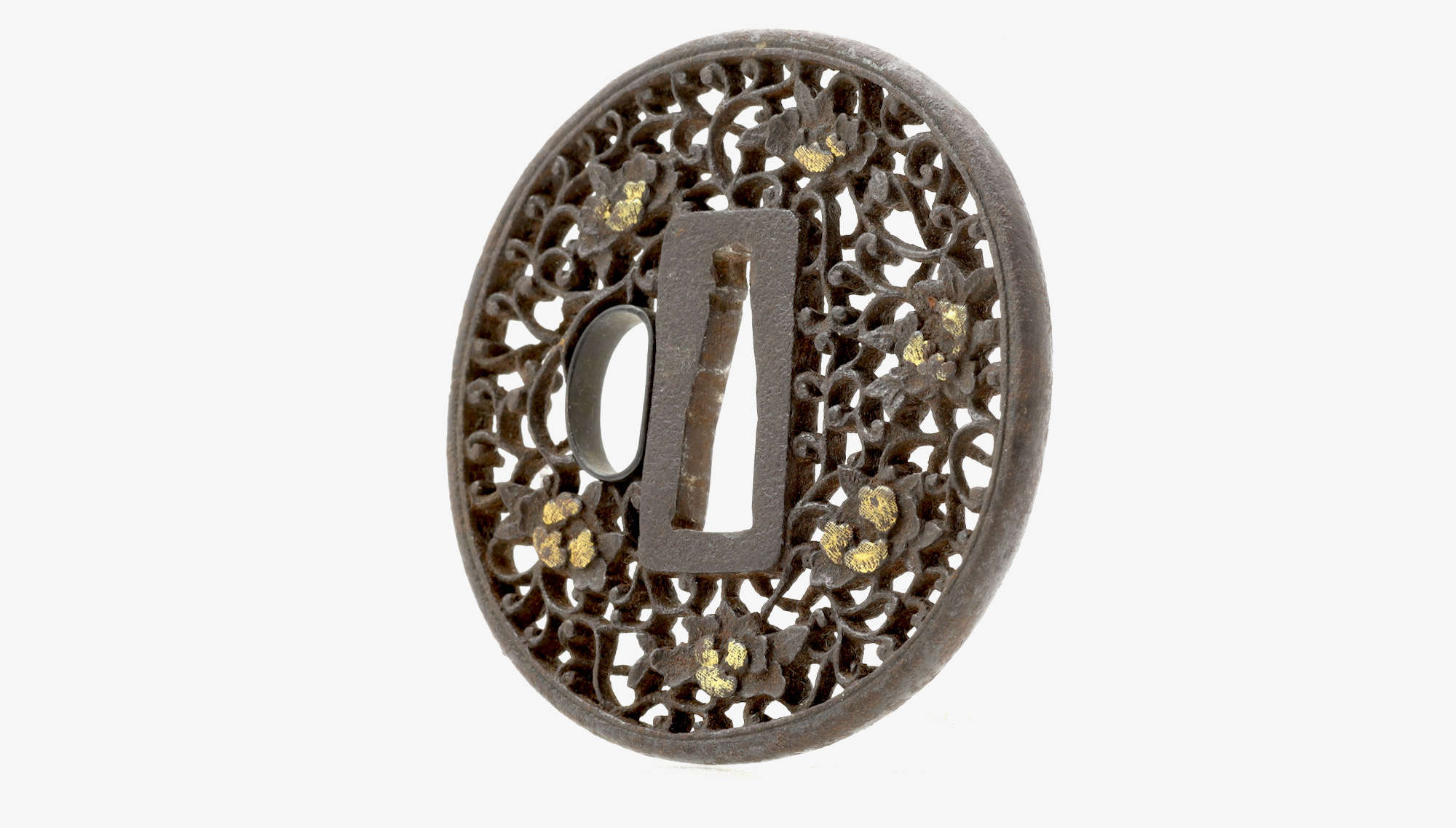