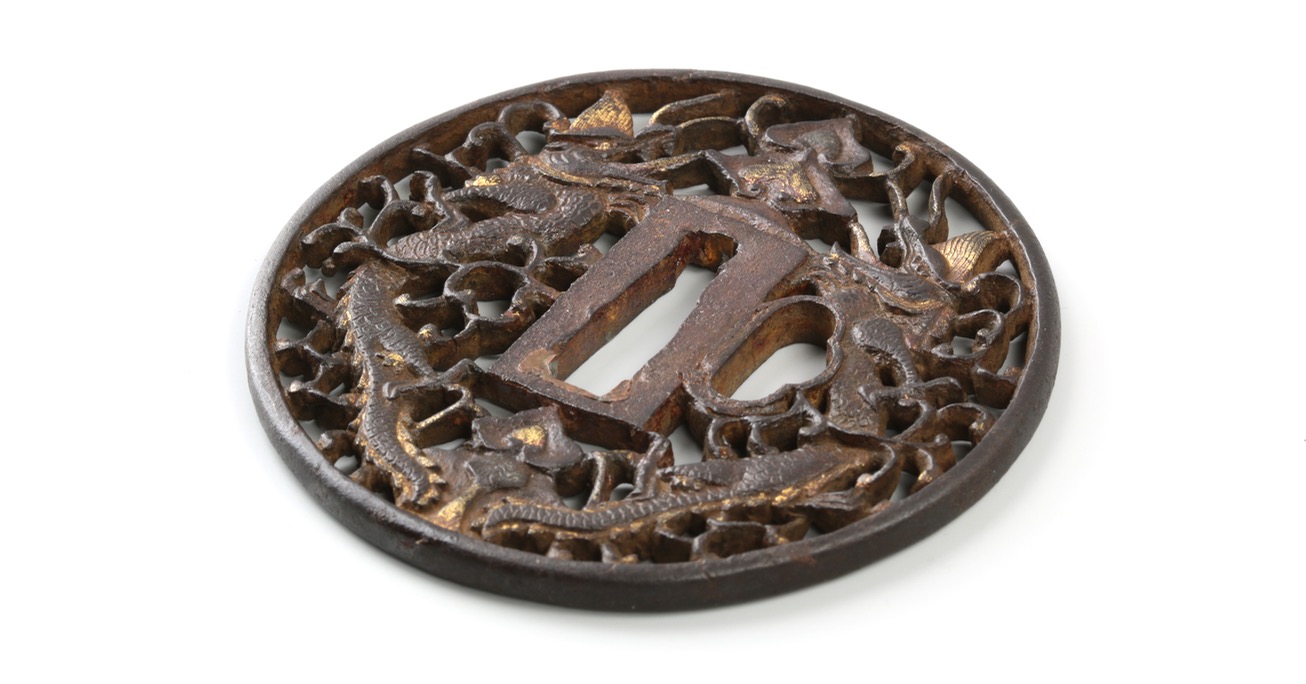 Private collection. Not for sale.

A large imported "Canton" sword guard with paired dragons chasing a jewel. The rectangular plate for the tang aperture or seppa-dai is typical for saber of the early to mid Qing dynasty.

The relaxed openwork of the waves lacks the elegance and complexity of many Qing Sino-Tibetan guards, as well as the fastidious craftsmanship typical of Japanese Nanban-Eikyo (influence) work. The dragons only have two claws per foot, in contrast to the three to five claws that Chinese dragons usually have. The archaic design has a heraldic feeling, perhaps not made in China but perhaps in mainland southeast Asia, with a Chinese market in mind.

The later added aperture for the kogai, a spike for arranging hair, appears to be evidence of later adaptation to Japanese use. The tang aperture also seems chiseled out to fit a different blade than it was intended for. If originally intended for the Chinese market, the edge would point down so the dragons' heads are on top in the typical edge-down way of carrying sabers in the Qing.

Charles R. Boxer wrote that Nanban tsuba were worn by physicians and tea-masters, presumably the less formal Sencha, introduced to Japan from China. The size of the guard and its tang aperture would indicate that it was mounted not on the short wakizashi that anyone could wear, but on a katana, which could only have been worn by samurai, ronin, or one of the many Japanese pirates that roamed the seas.

Conclusion
A large and impressive imported sword guard, in the general style of 17th-century Chinese work but with workmanship suggesting it was produced elsewhere. The large size suggests it was mounted on a big sword, that could only be worn by the warrior class in Japan, or outlaws. 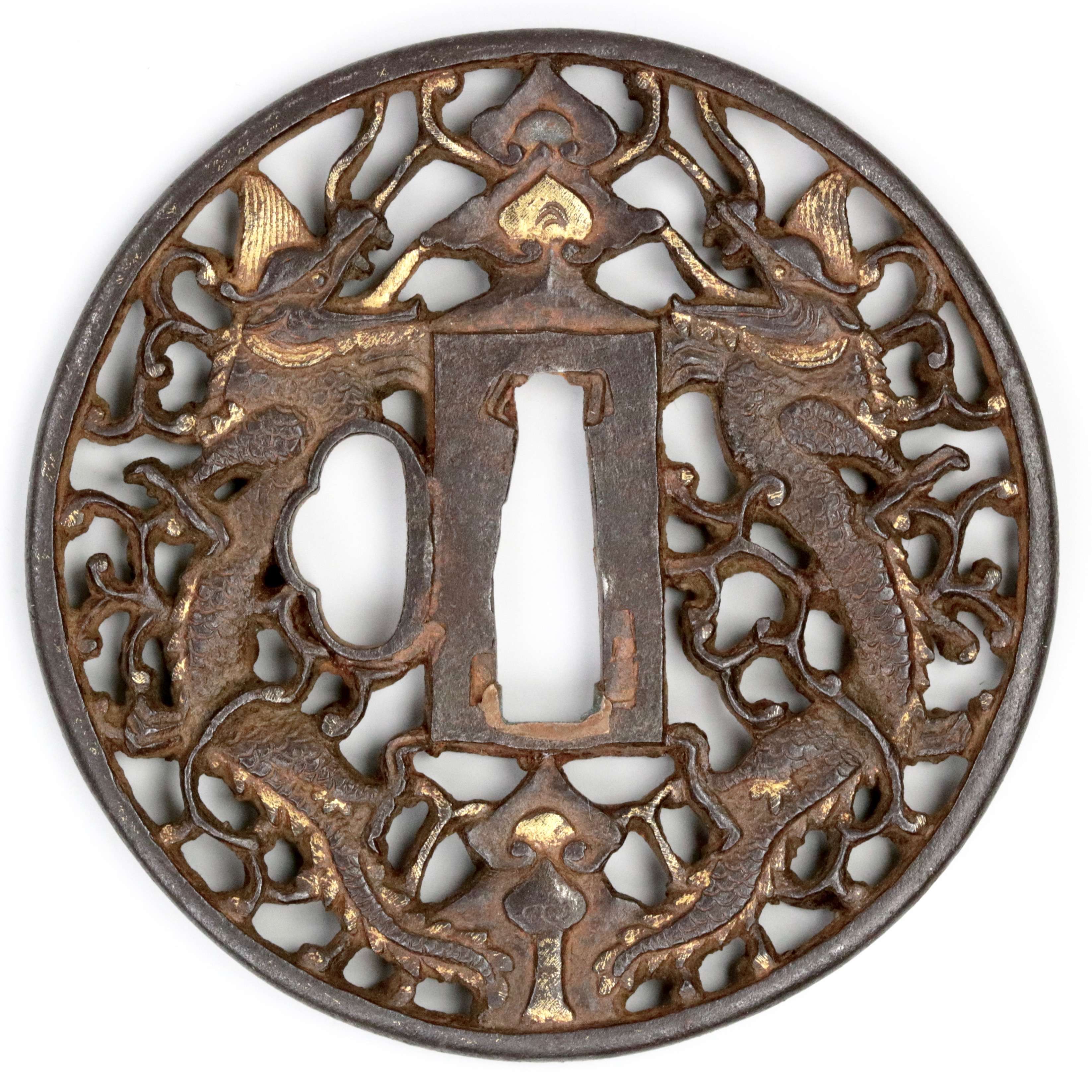 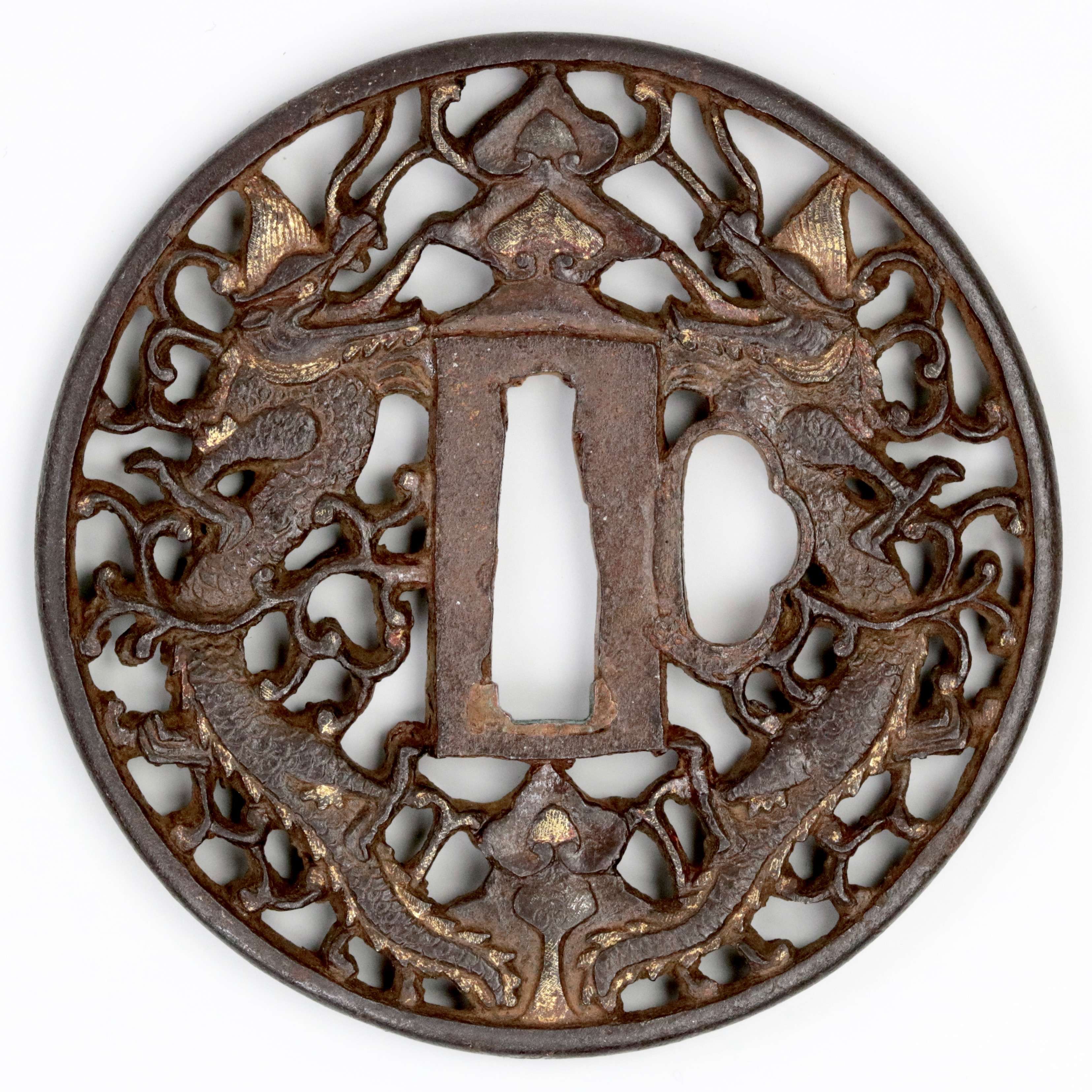