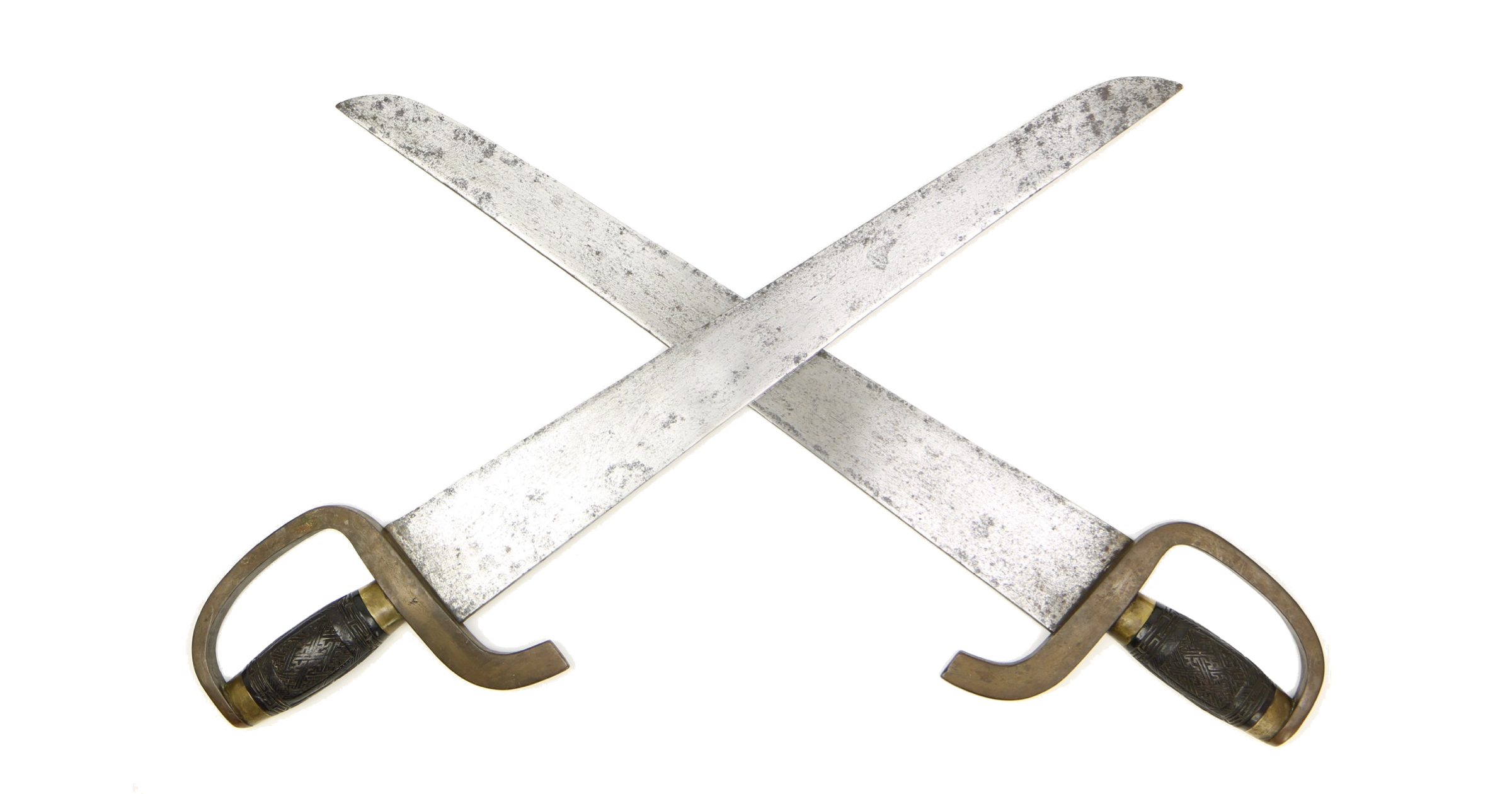 The hudiedao (蝴蝶刀), are a type of double swords peculiar to the port cities of southern China. They are also known in the local Cantonese dialect as bat jam do or "eight cutting knives". (八斬刀, pronounced bazhandao in Mandarin) The type seems to have emerged in the mid 19th century, as a merging of typical Chinese fighting knife blades with handles inspired by western naval sabers and entering knives, their defining feature. They typically have half-hilts that fit in a single scabbard side-by-side and can be drawn as if they were one weapon.

Their blades come in several varieties. The wide bladed variety is the archetypical form known from southern Chinese martial arts, but surprisingly it is the narrow variety that is more common among antiques. My understanding is that the heavy, narrow type is capable of delivering heavy cuts and deep thrusts, making it a lot more lethal, As such, it was more likely to have been used by local militia and the military who were allowed to kill in some circumstance. The wider, thinner version now popular under martial artists is much more suited for disabling the opponent while trying to avoid killing him. I think this explains their continued popularity into modern times.

A very good and representative set of the rarer, wide-bladed hudiedao that is mostly associated with southern Chinese martial arts.

It is a massive set, with each piece weighing over a kilo. To put this in perspective, each weighs the same as a full size Qing military saber of the period. Both are very consistent in size and weight, showing a good amount of precision in their manufacture. Blade are straight and true with only minor pitting and just tiny edge damage that is easily polished out.

The hilts comprise of heavy bronze D-guards that add considerable protection, can be used for punching, and help counter-balance the heavy blades. The handles sit between two brass ferrules. The are of carved hardwood, with swastika fretwork in a cartouche bordered with stylized waves and "rolling thunder" patterns. Hilts tight, peening at the pommel still intact.

A set of the rarer, wide-bladed variety of hudiedao. The blades are very substantial and would have offered the practitioner good arm training and strong cutting ability. A great set, worthy of a polish by Philip Tom.