It features a blade of elegant form with a waisted profile leading up to a widening before tapering to a point. Mounted on a socket.

In-between socket and blade is a cast brass element featuring a tube, a polyhedron, and a triangular structure all cast in one piece of brass. It is decorated with dimples with circles around it, often found on such spearheads.

In pretty good condition for one of these. The blade with only some superficial rust and patina, it is in a state good enough to be sent to Philip Tom for a polish. I expect a layered steel construction will expose itself. 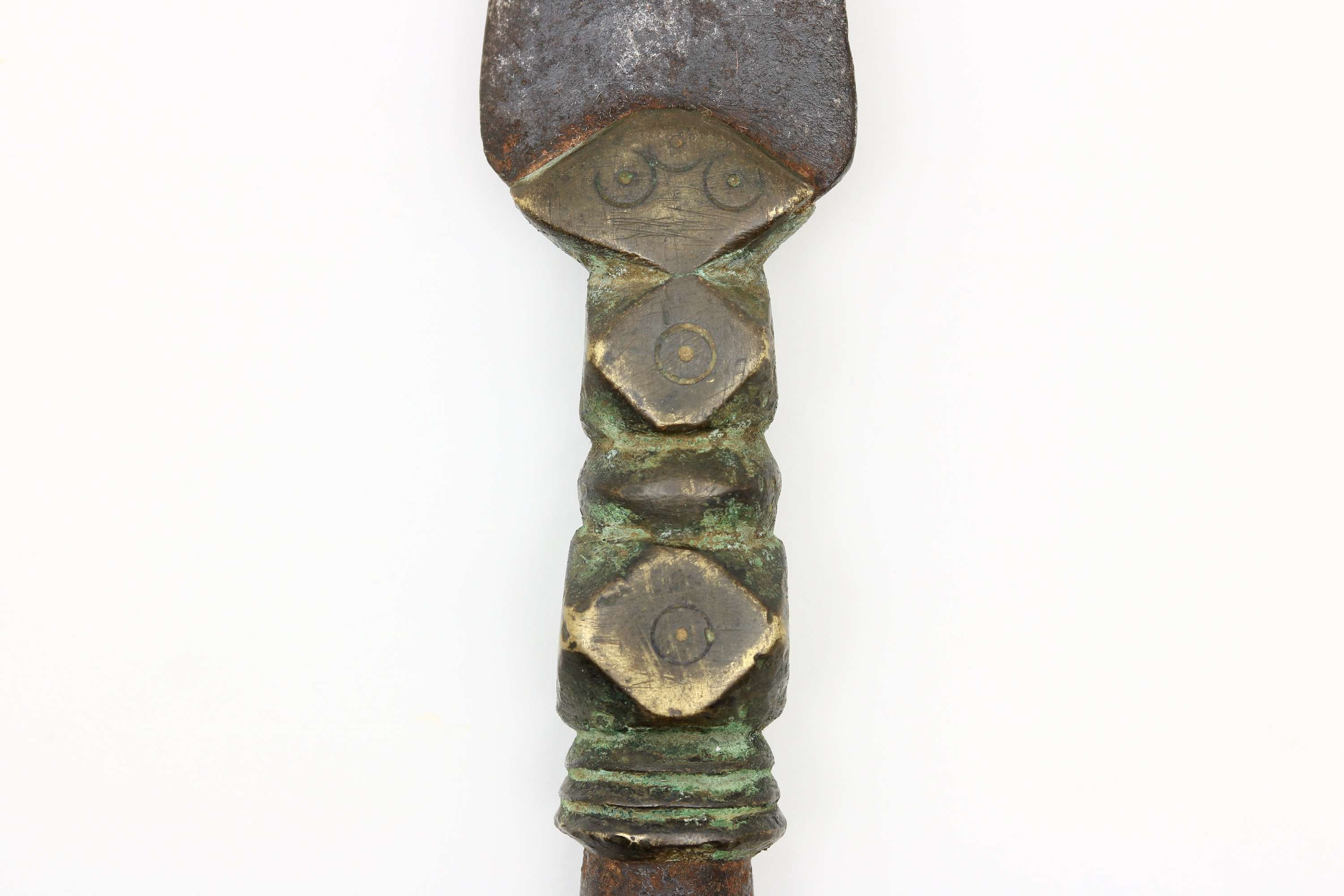 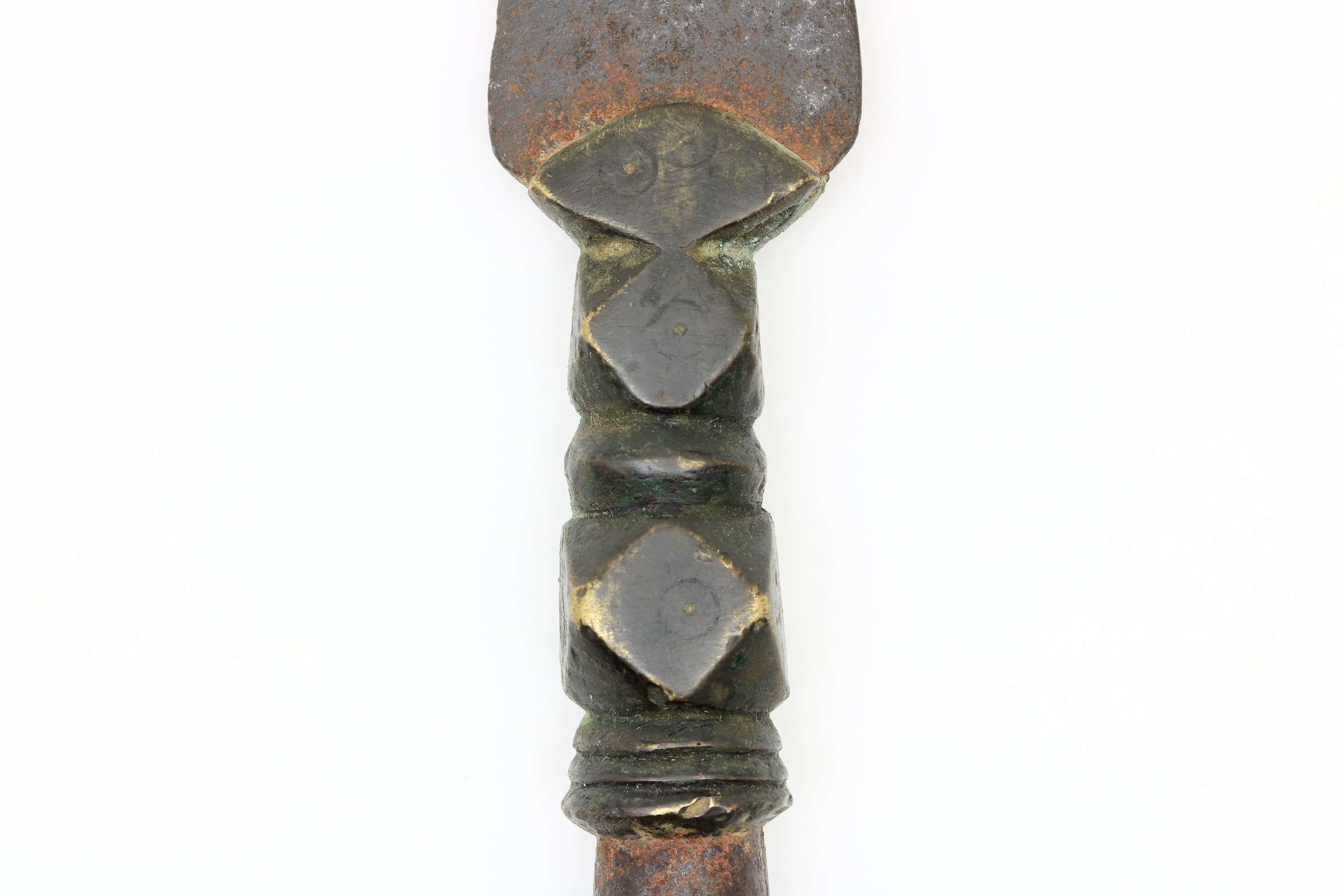