In the 16th-century China faced frequent coastal raids by large fleets of so-called wokou or "Japanese pirates". The wokou were a mix of Japanese and Chinese sailors but a considerable portion of them were ronin, masterless samurai and most of their weapons and tactics were based on Japanese methods of warfare.

The wokou were feared and famous for their use of their odachi, large two-handed sabers. In response, general Qi Jiguang ordered his Ming workshops to reproduce such sabers to fight the wokou, which he did very successfully. The Chinese had several names for such long sabers including chángdāo (長刀) or "long saber", wōdāo 倭刀 or "Japanese saber", shuāngshǒu dāo (雙手刀) or "double handed saber".

Their use continued well into the Qing dynasty, the Huangchao Liqi Tushi of 1766 (based on a 1759 manuscript) lists as many as five types of long sabers in use at the time by the Green Standard Army. Of those, the shuāngshǒu dàidāo (雙手帶刀) is of identical overall size to this example, but with a shorter handle in comparison.

Today, long sabers are extremely rare on the market. Antique swords were subject to large scale destruction in the 20th century, among others due to the Great Leap where all iron had to be melted in backyard furnaces. Keeping a sword behind could get one in great trouble, and due to their size, these long sabers were hard to hide. Among the antiques that left China before this period are also very few long sabers because they were not easy to ship. This is probably why among antiques today, those easiest to hide and/or ship remain the most prevalent: short swords.

A rather rare example of a large chángdāo or "long saber". Its large blade is of ridged cross-section, inspired by the Japanese design, with a back bevel running most of its length, terminating right before the tip. At the base of the blade is a thickening that is part of the blade itself, but mimics the shape of a Japanese habaki, a separate collar piece that serves the same function as the tunkou on Chinese swords.

The blade is forge folded and although it is not currently in polish, one can make out a long wood grain and effects of a differential heat treatment along the edge, producing a very hard edge that is backed by layers of tougher steel.

The blade has seen action, some tiny nicks remain that indicate contact with another edge. Looking along its surface one can also observe various recesses in the steel, areas where previous damage was polished out. This suggests that the piece has gone back and forth from battlefield to workshop numerous times.

The guard is a simple iron plate. Two holes are drilled into it on either side, no doubt a reference to the two perforations called hitsu-ana frequently found on Japanese sword guards. The guard, too, has been hit and shows various bends and cracks. There is also some play in the guard, probably from being hit several times.

Under the guard is a simple iron ferrule that keeps the wooden grip from splitting. The grip is pegged to the tang by means of two bamboo pins, again something uncommon on Chinese arms and directly inspired by Japanese swords. The wooden grip is wrapped with leather in the Japanese fashion, the leather was covered with lacquer or varnish for durability. The handle is tight.

The pommel cap is of mild horse-hoove shape and not attached by peening, but by tieing it with the leather grip cord, which is another element of strong Japanese influence.

The design of this chángdāo, exhibiting such strong Japanese influence, is quite timeless. The piece is stylistically very close to the long saber illustrated in the Dāndāo Fǎxuǎn (單刀法選), a 1621 martial arts manual on the use of the long saber by Chéng Zōngyóu (程宗猷). However, the production of Japanese-styled long sabers didn't end with the fall of the Ming. Many of the Ming weapons and tactics continued to be in use with the Qing dynasty Green Standard Army, also dubbed the "Old Han Army", and Japanese influence on Chinese arms continued to be prevalent throughout the 18th century. If I had to guess, I would date this piece to the second half of the 18th-century to early 19th-century.

A nice and large example of a Chinese long saber or chángdāo. It has very strong Japanese influence in almost every part, from blade geometry to guard, to wrap to pommel attachment, referring to its roots as a Japanese-inspired weapon. The blade indicates it was well used on the Chinese battlefield, and despite many battle scars it remains in healthy condition. 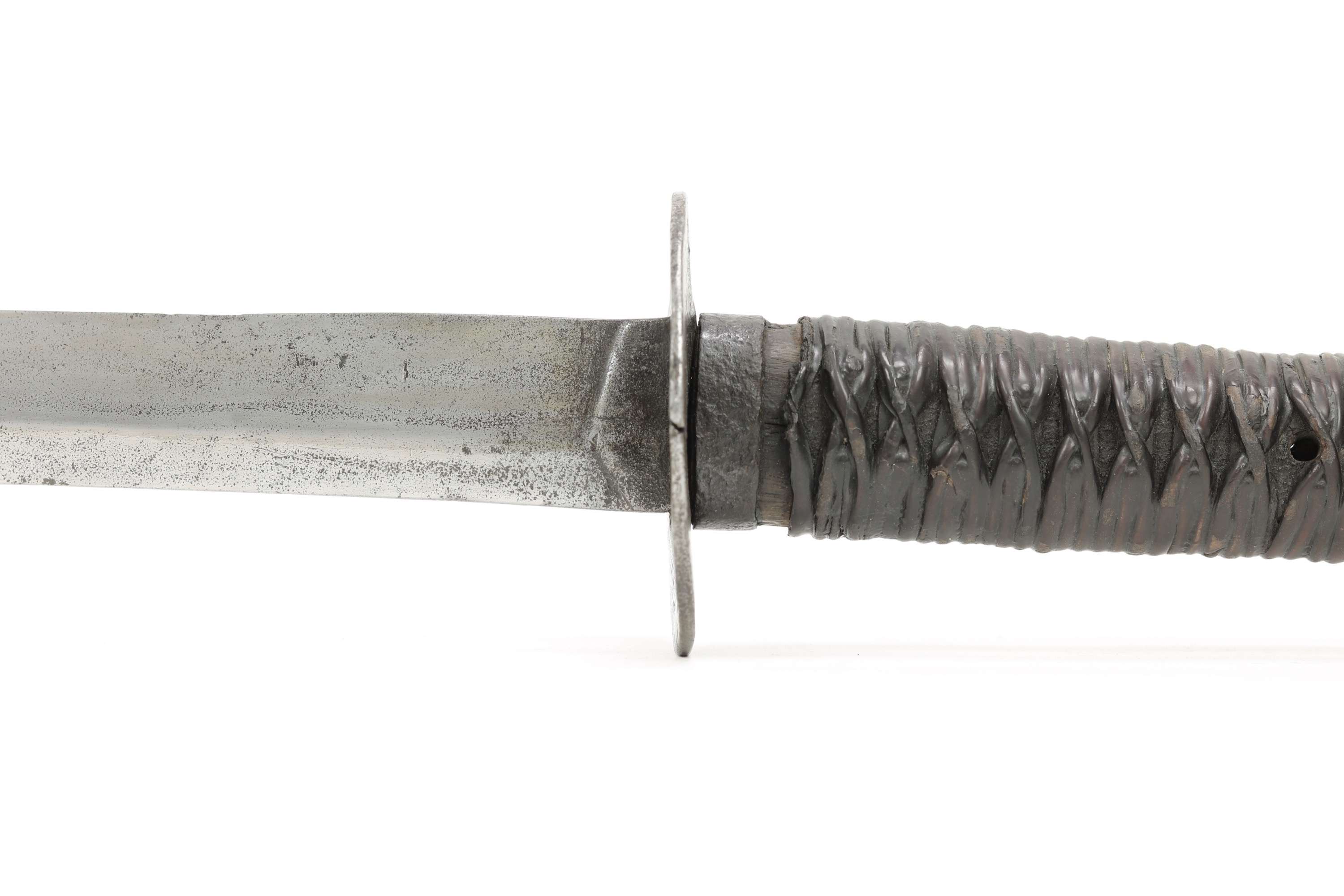 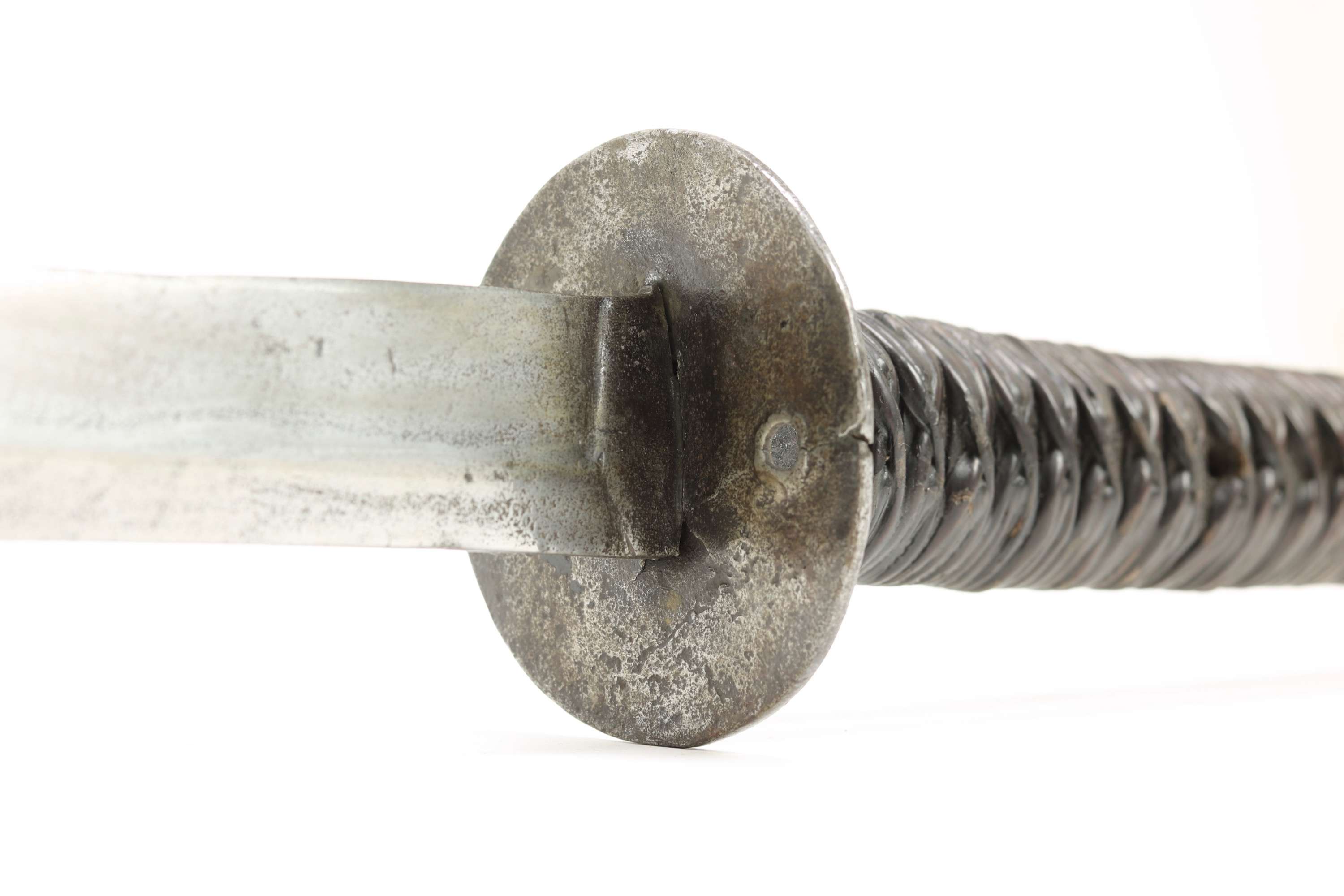 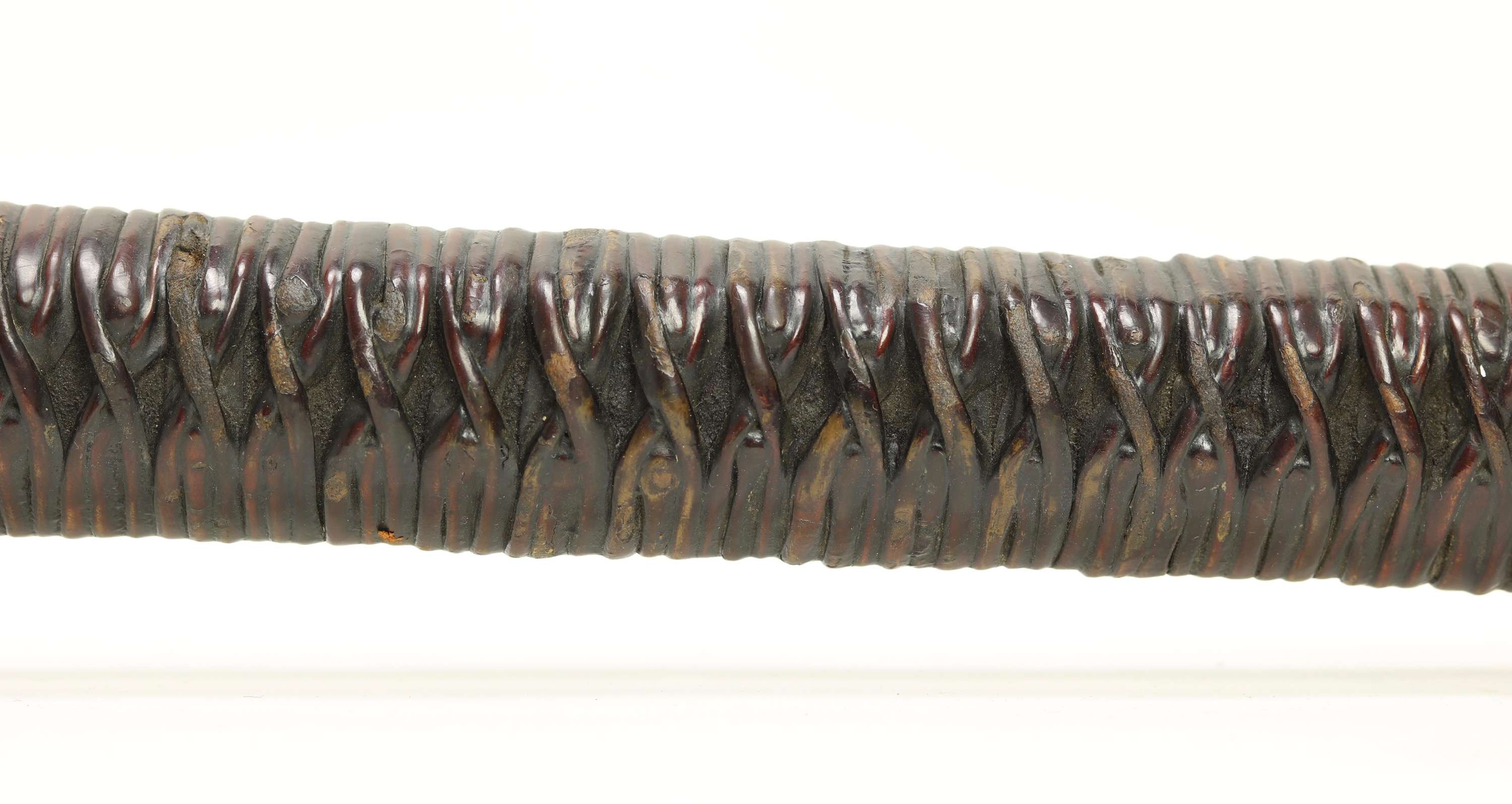 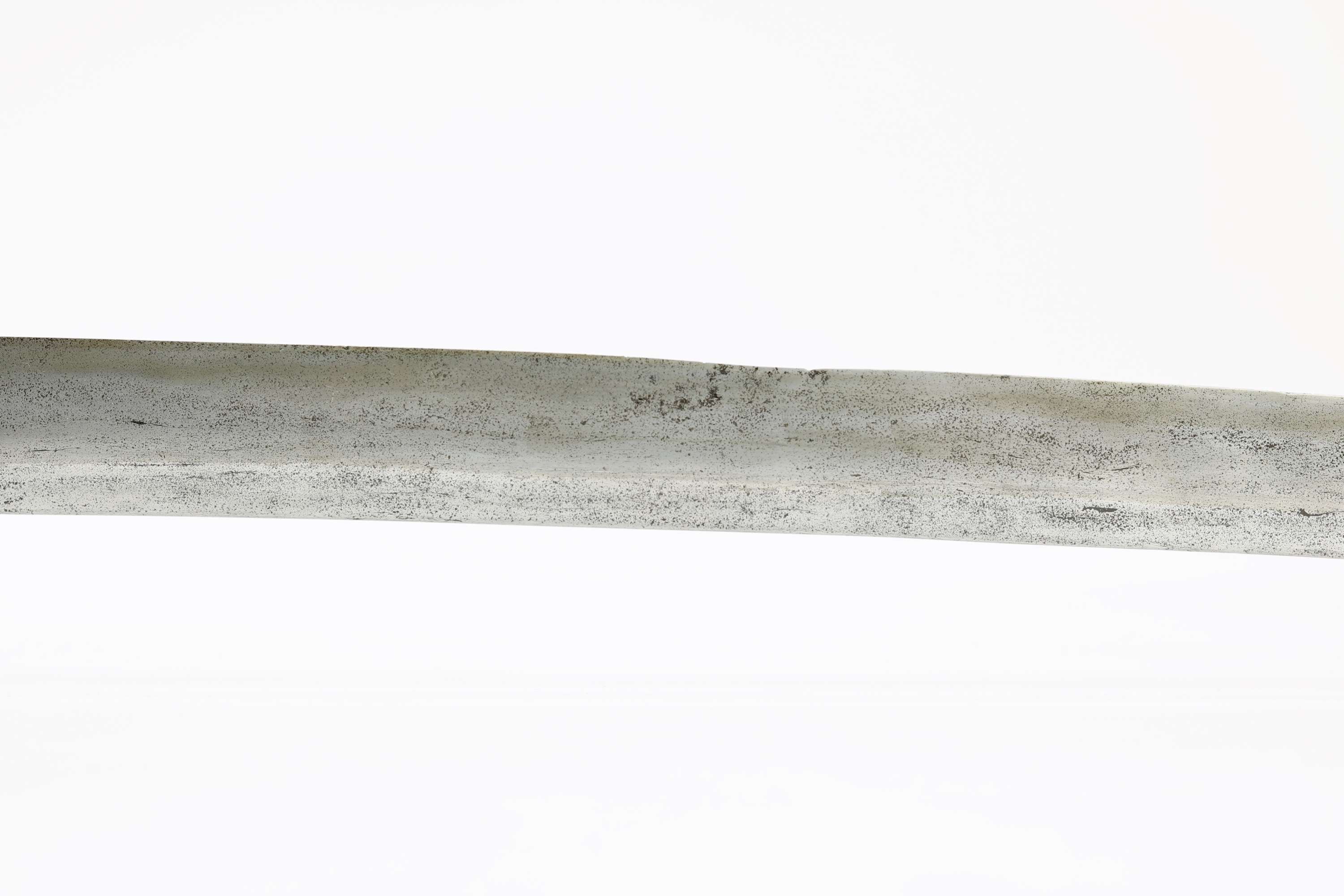 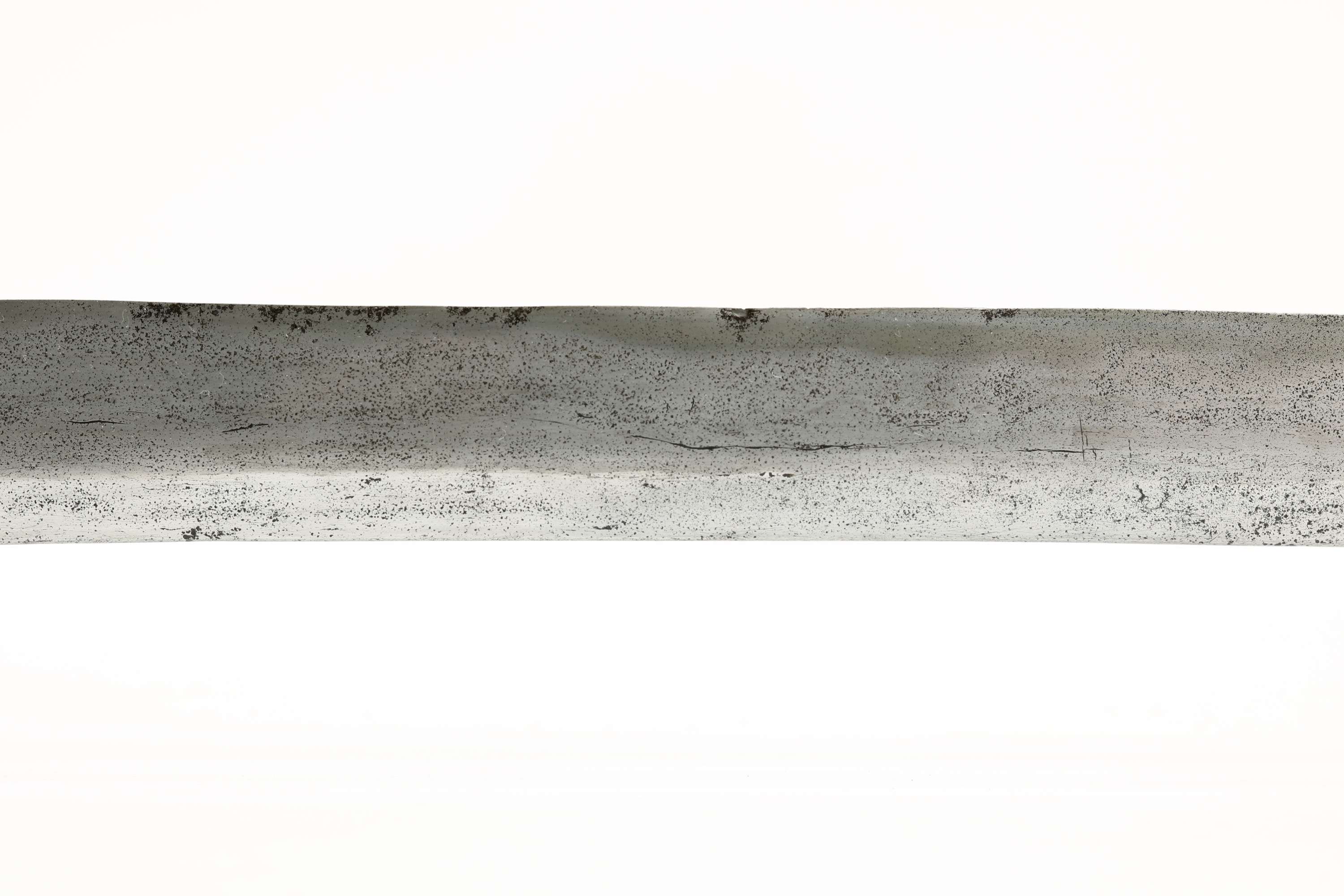 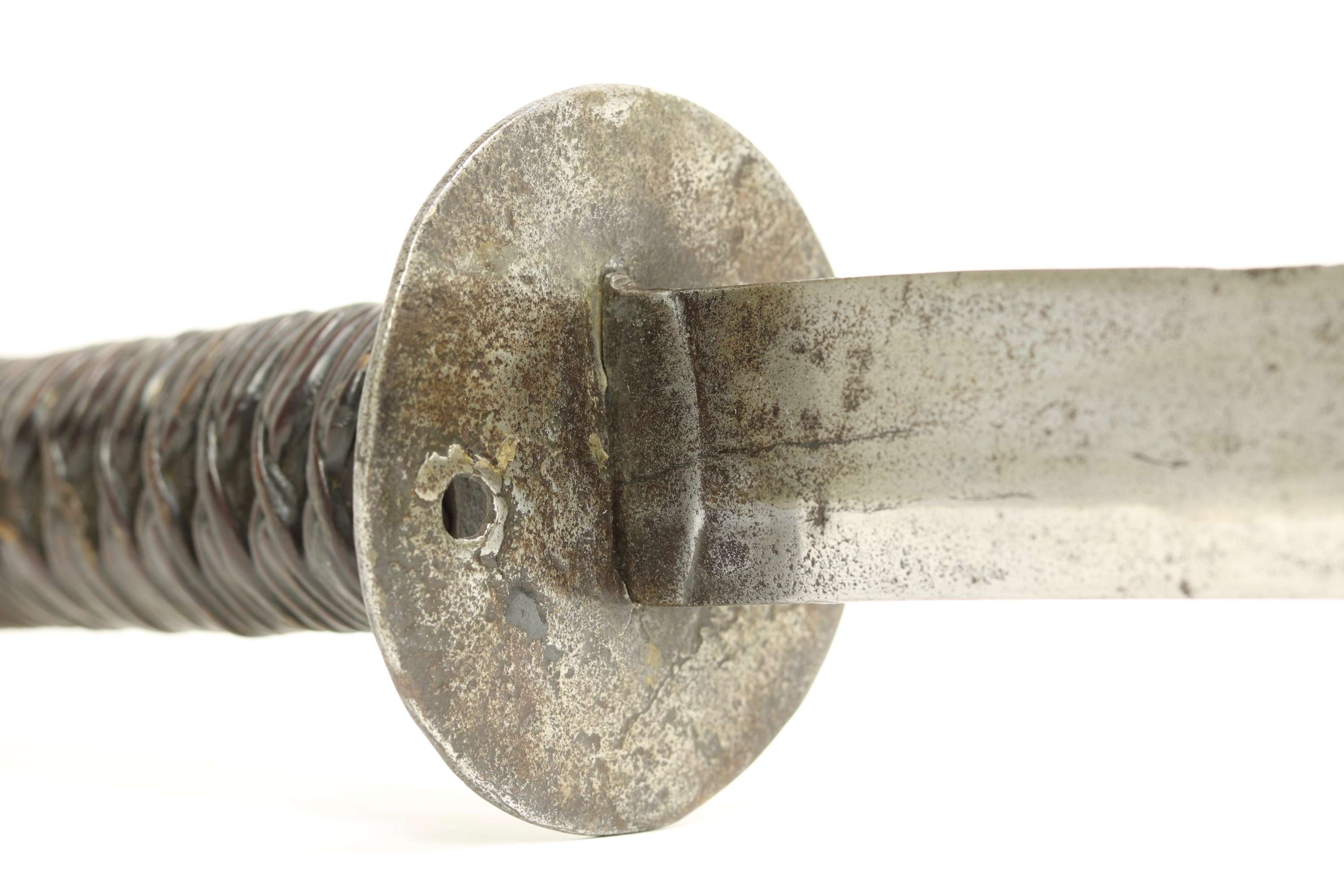 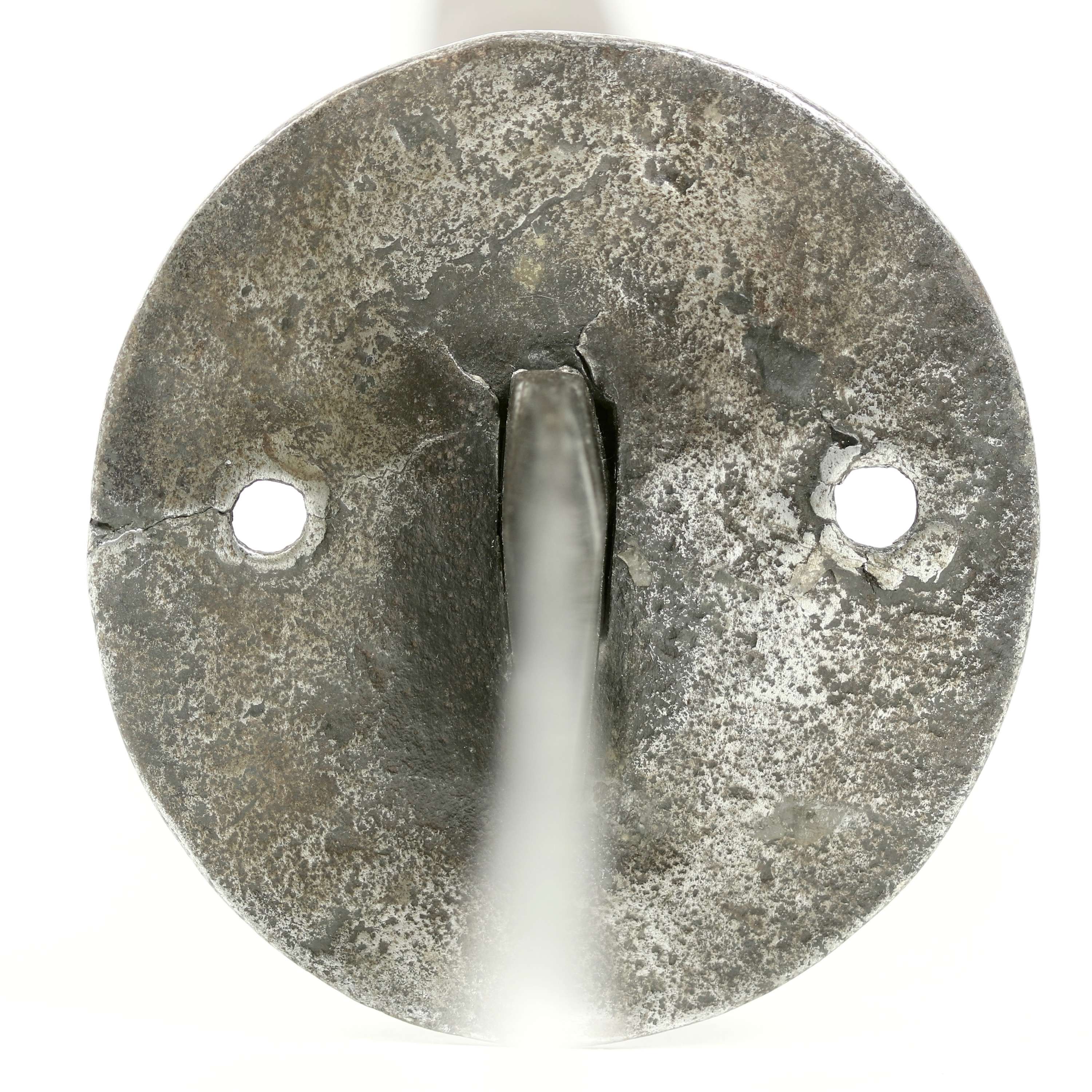 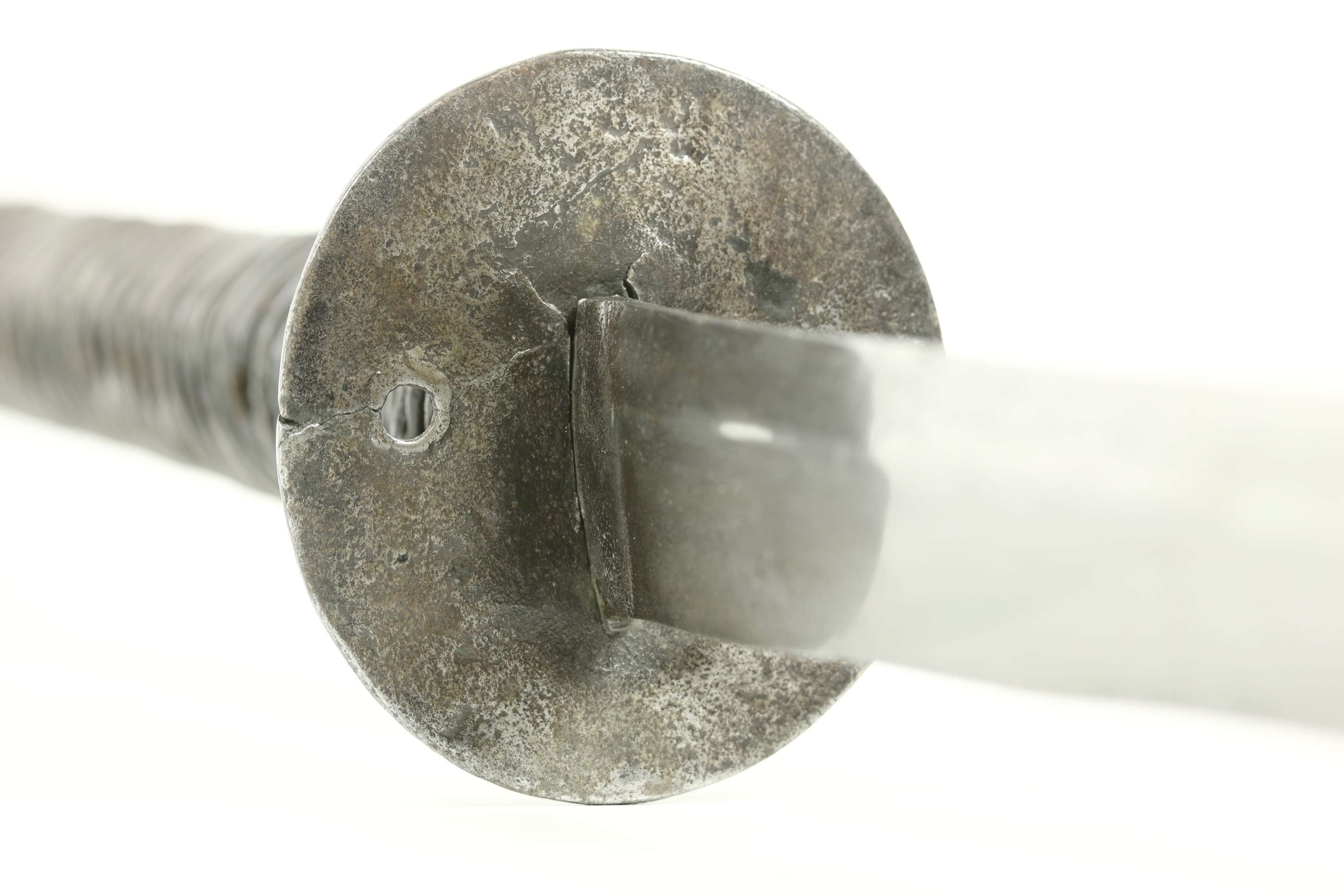 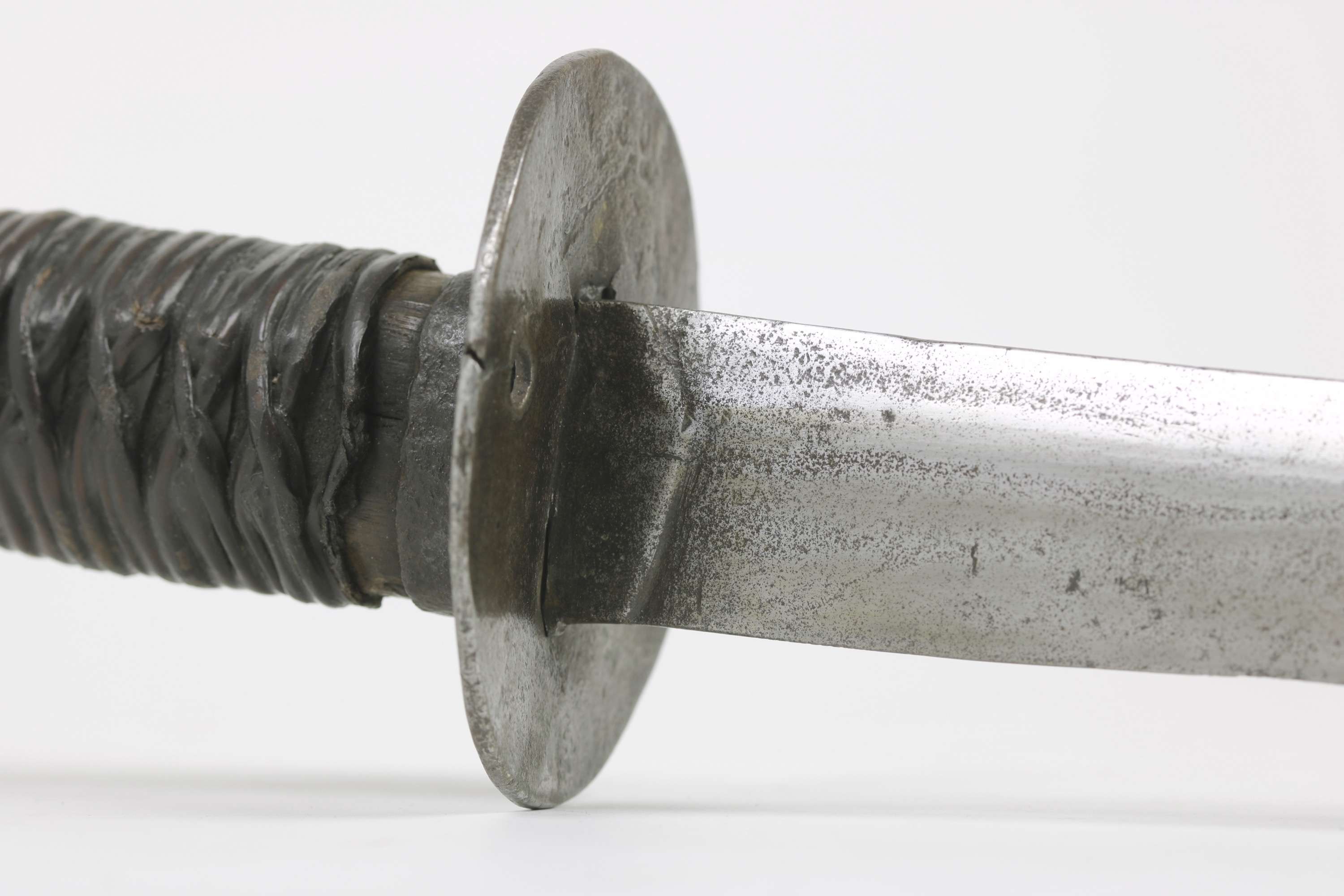 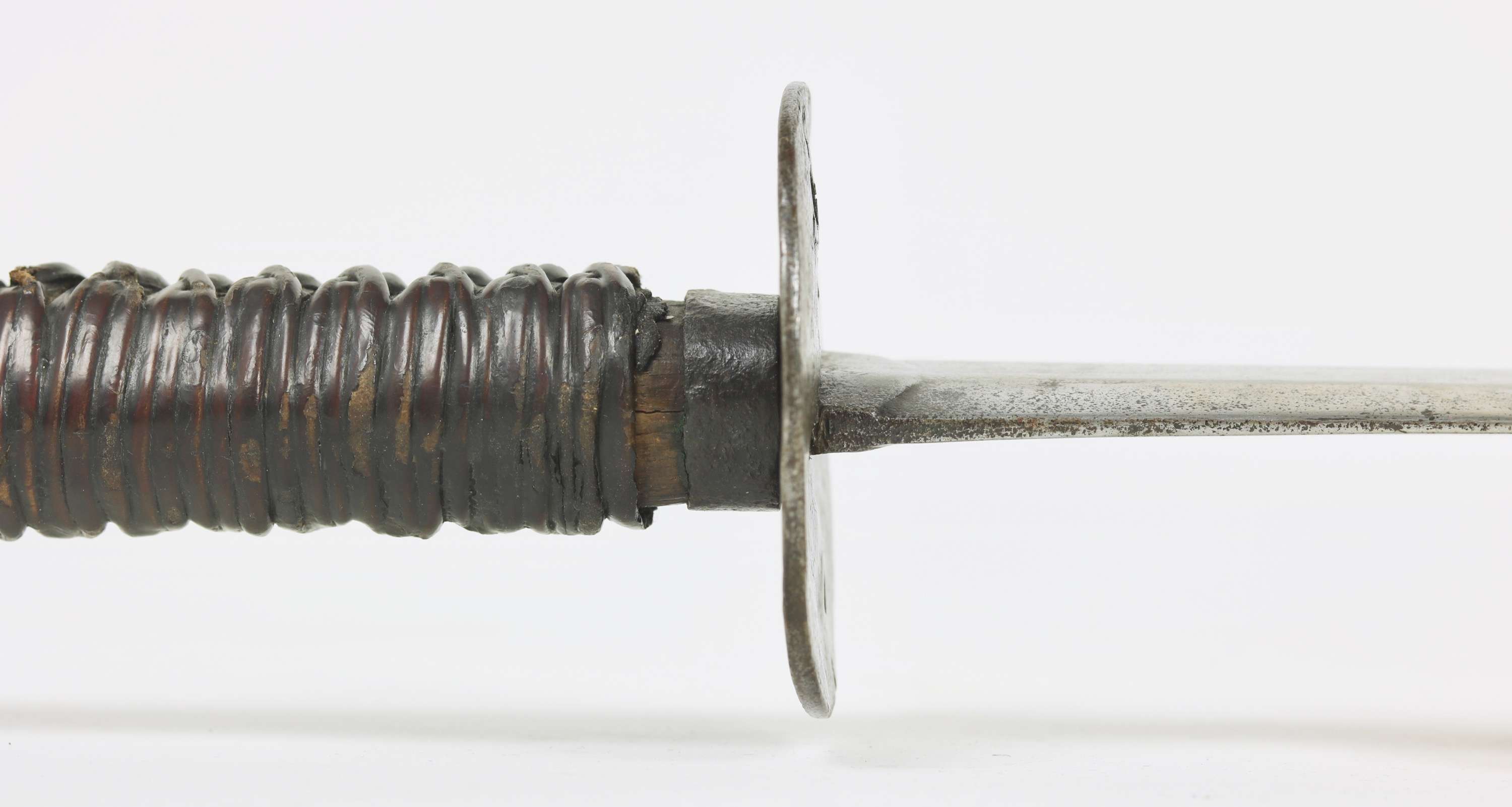 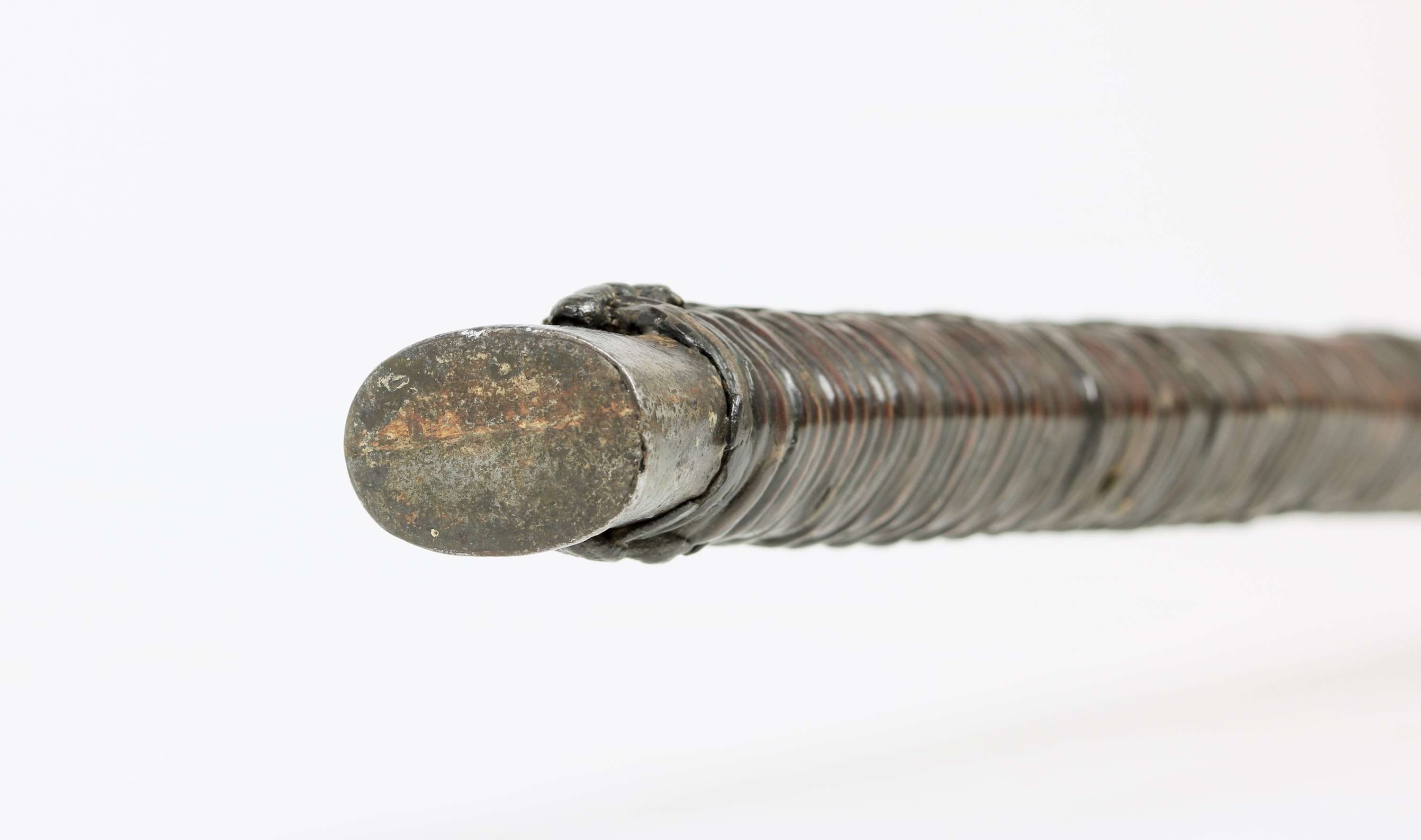 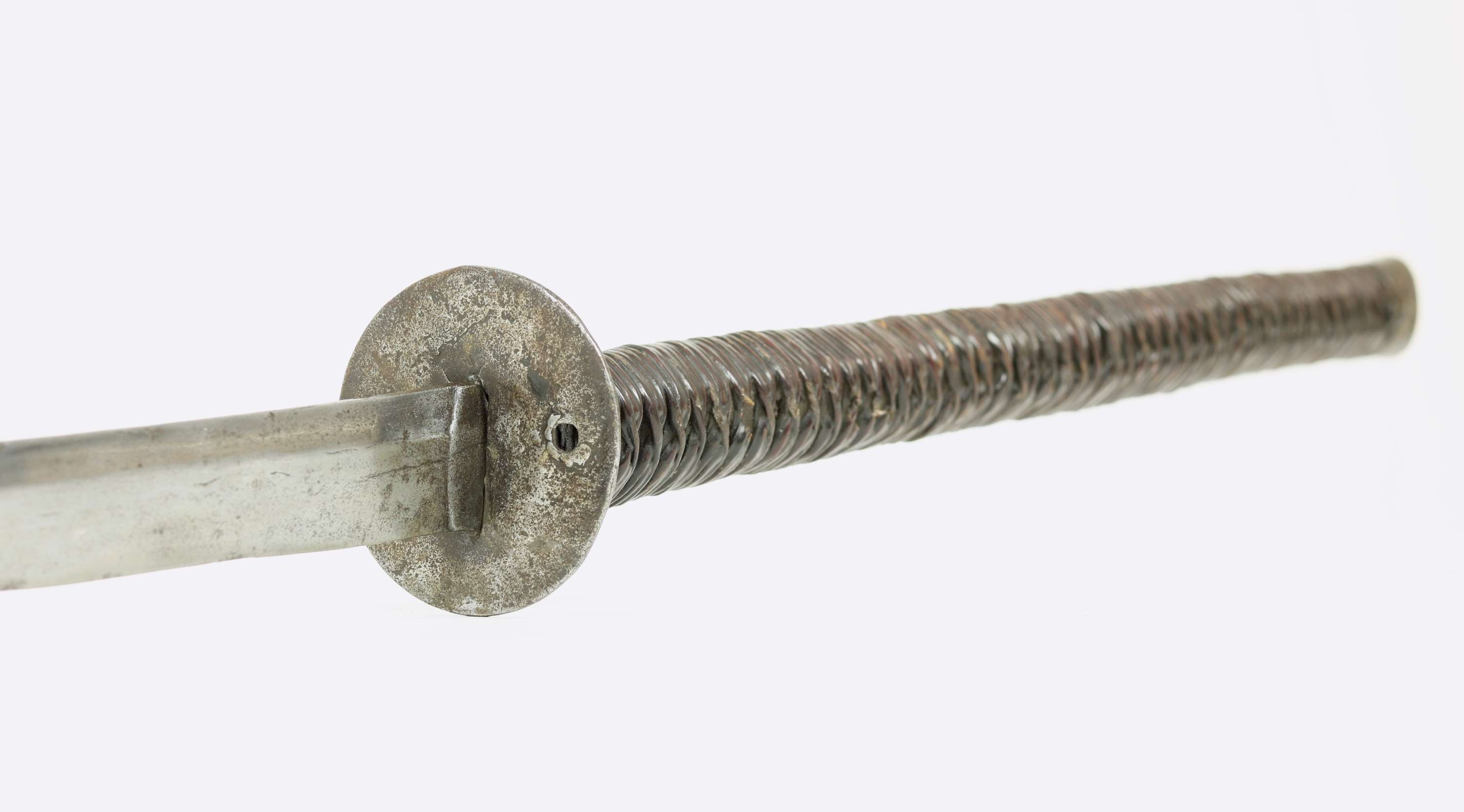 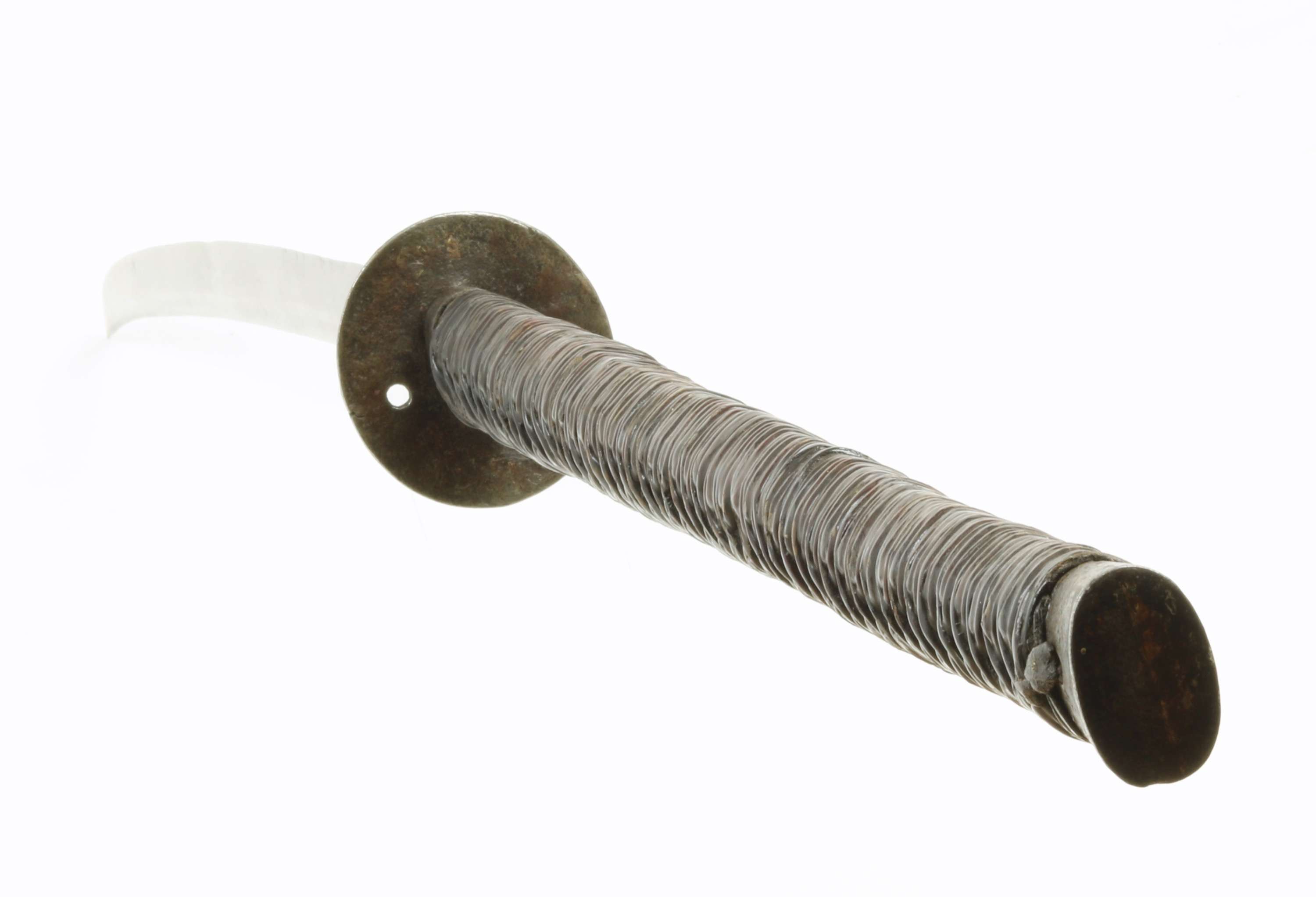 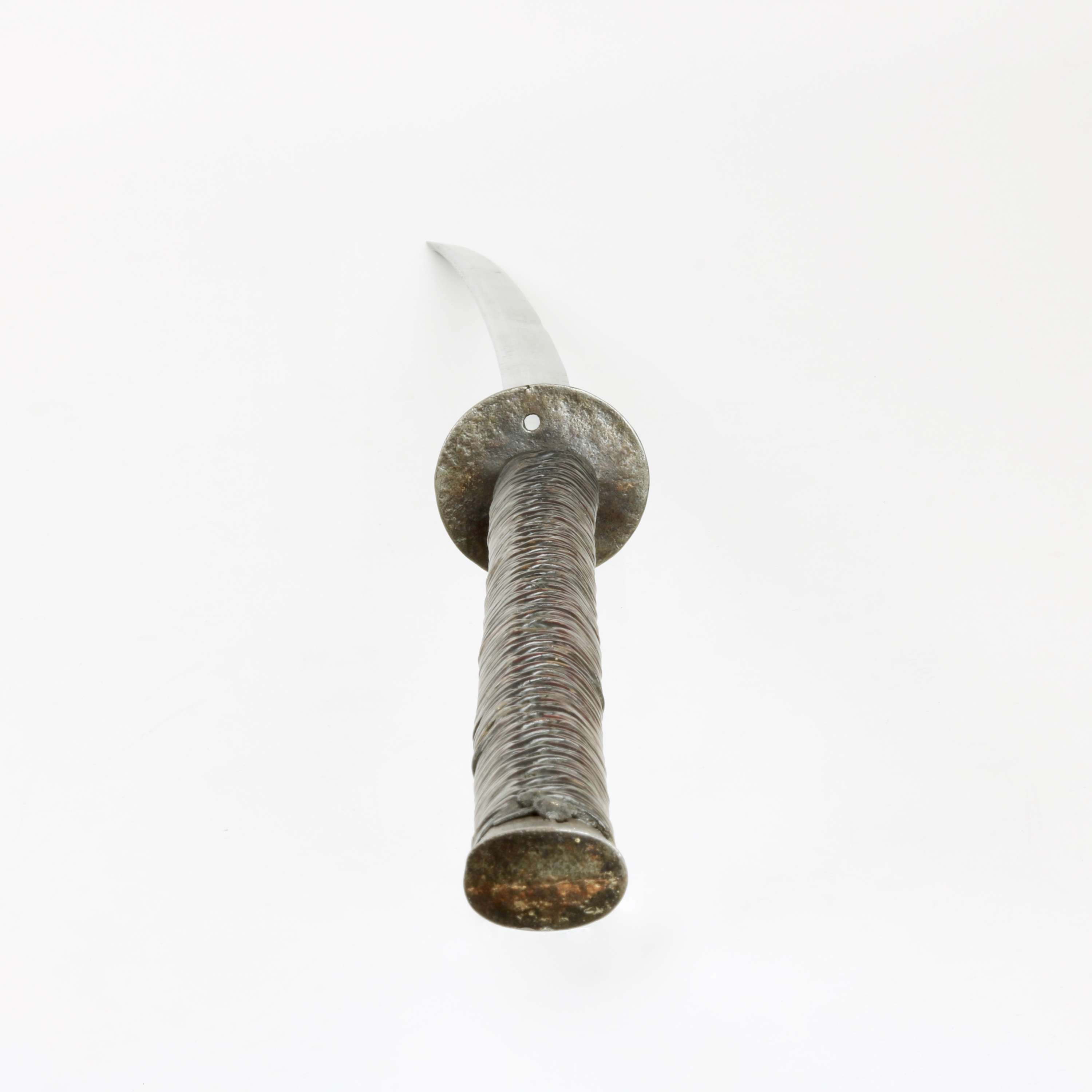