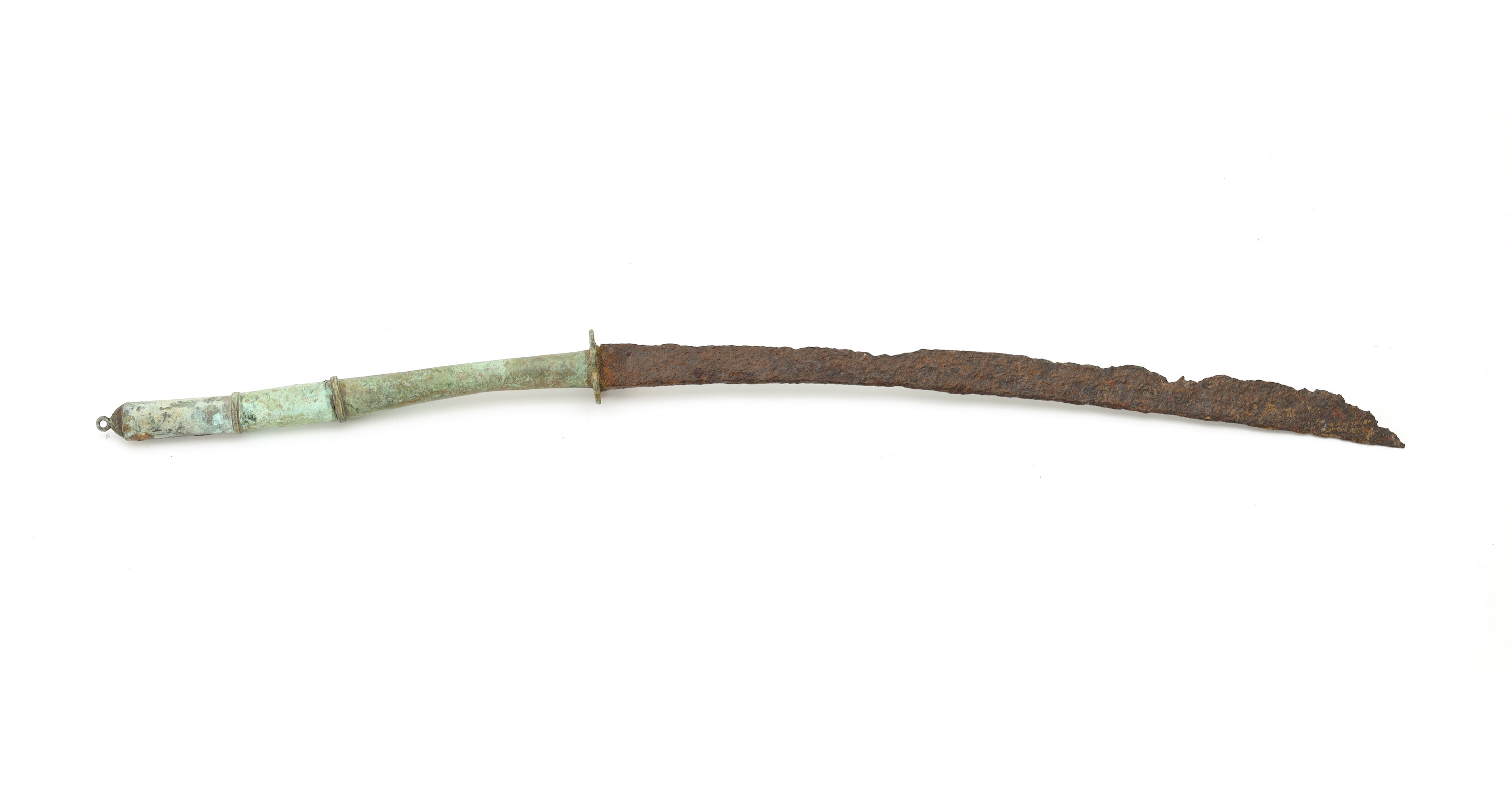 10 mm from the guard

A southeast Asian sword in excavated condition. The blade with moderate curvature mostly concentrated near the base of the blade. It starts relatively thick at the base and then tapers to a thin point.

The hilt consists of an eight-lobed guard, typical for this type of sword, and a bronze hilt that consists of three segments. At the seem between the segments are grooved bands to conceal them, one slightly opened.

The pommel plate is a separate piece with raised decor and a small ring at the end. Iron has merged with the last segment, probably from an iron object that had been buried right next to it. The decor is identical to that on a Thai elephant bell that was donated to the British Museum in 1887 by Sir Ernest Mason Satow. See accession number 1887,0716.12.

The decor is quite rare, as apart from the lobed guard this style of sword is usually very plain.

This piece is quite similar to another piece listed here, which I had radiocarbon dated and X-ray fluorescence tested. 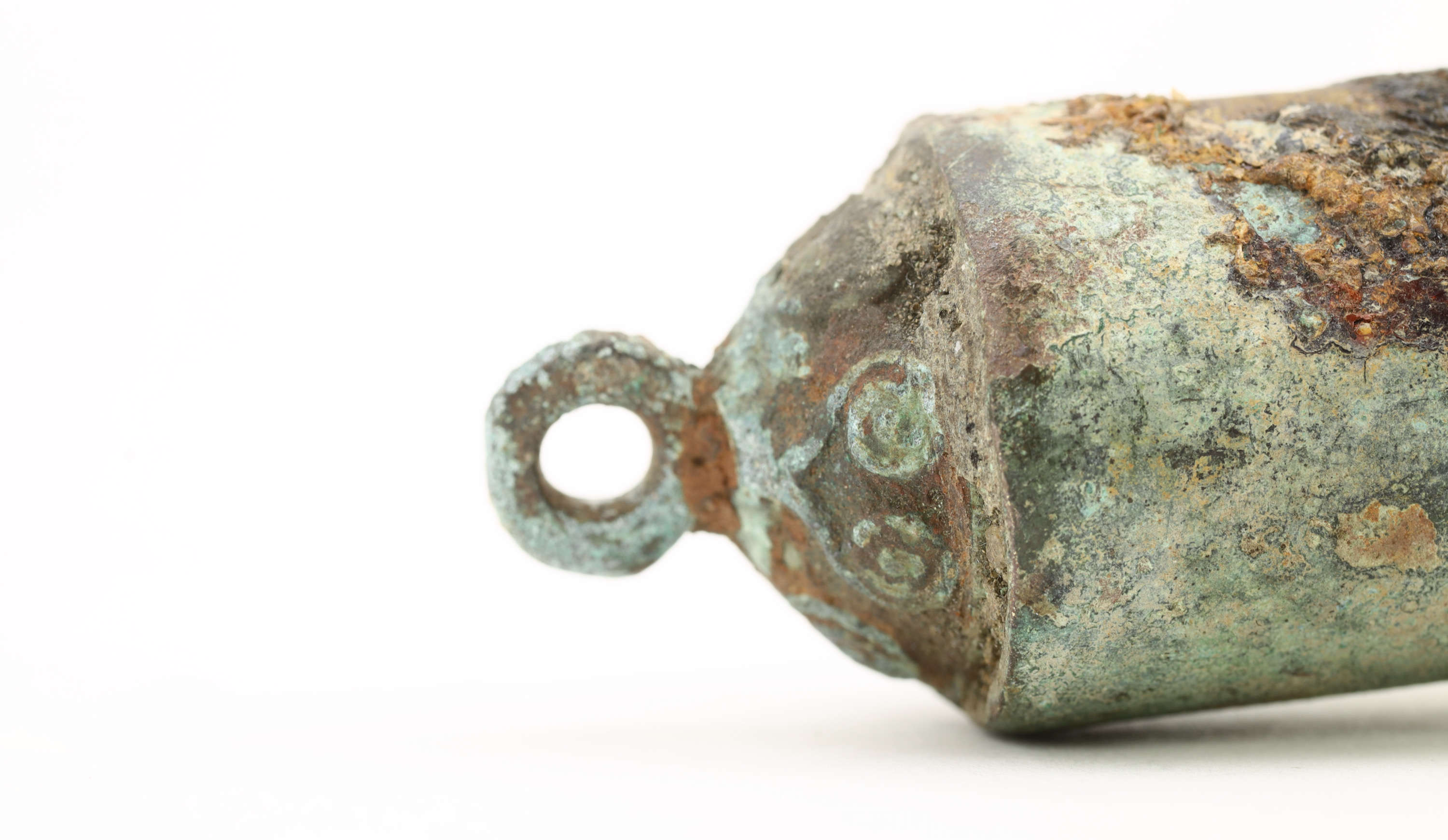 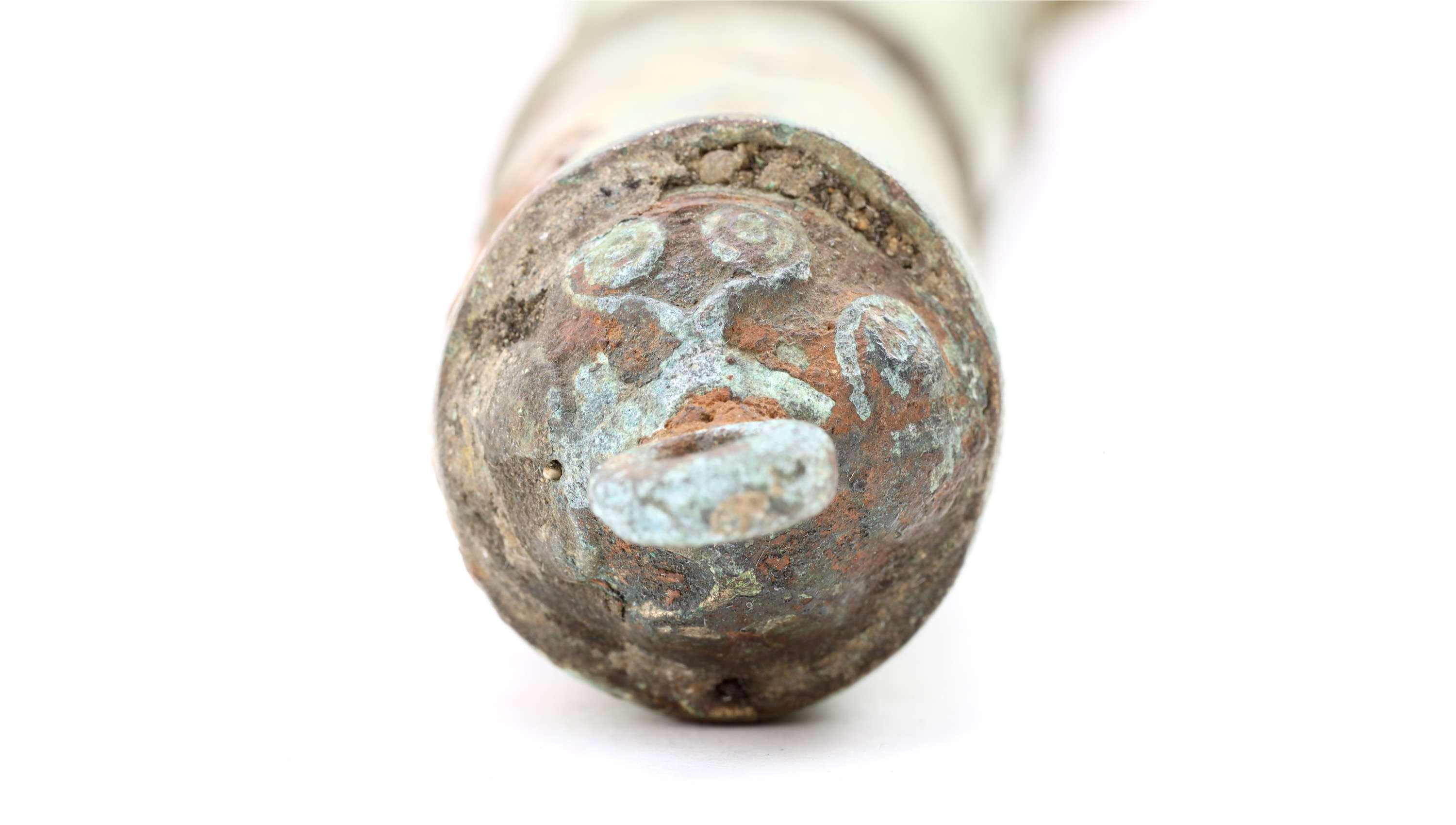