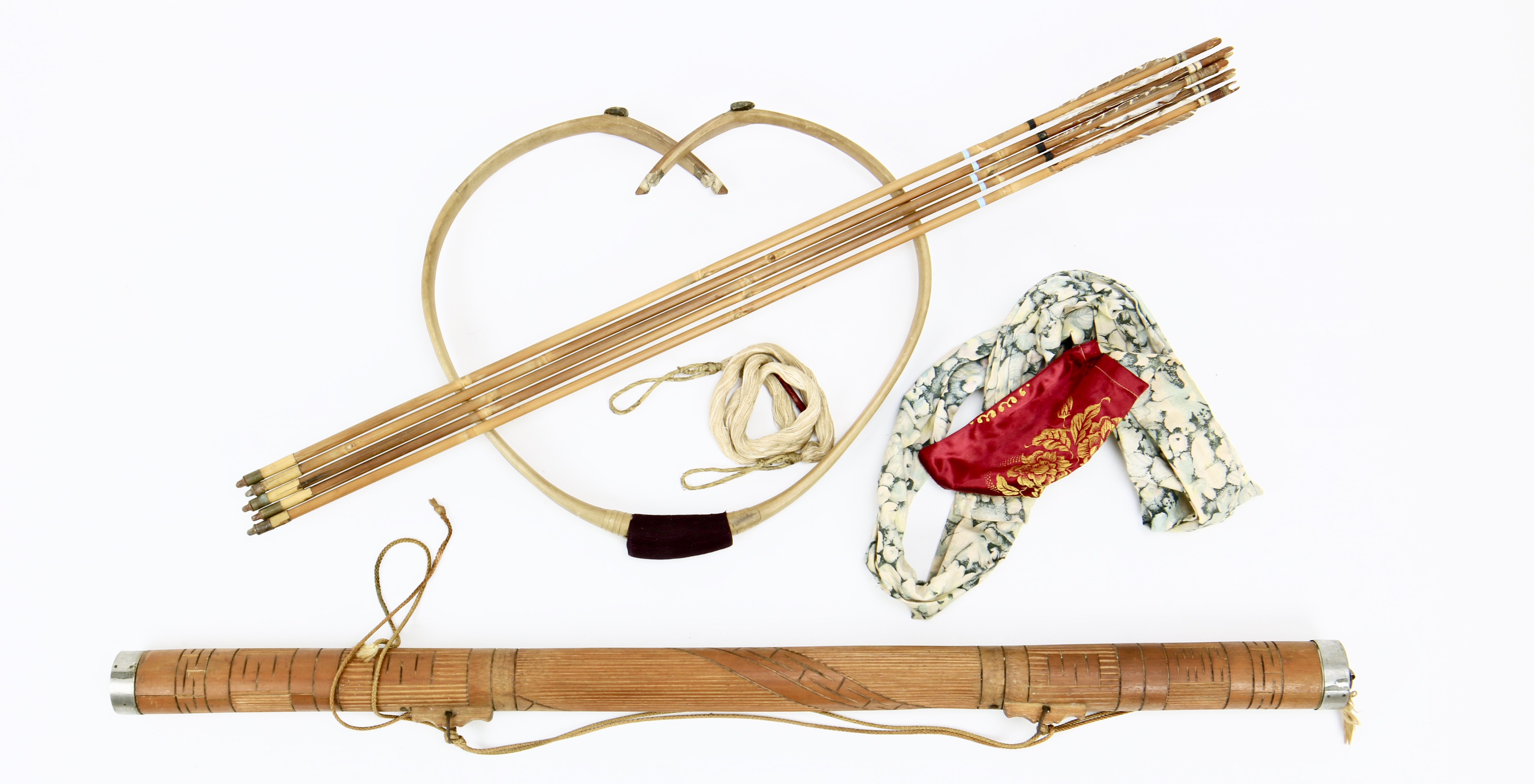 Korea is the only country in the world that managed to maintain a tradition of making and shooting traditional horn-sinew composite bows. The Korean bow is a very specialized design that aims to shoot a relatively light arrow very fast and far, with a flat trajectory. This is still apparent in today's Korean traditional archery, where the typical target range is 145 meters.

Origin of this set

Presented here is a Korean traditional archery set. The bow, arrows, string, and bow-bag all came from the same lot and were sent to the U.S.A. from Korea on 20 August 1964 by a soldier names Jack L. Morrone. This set included two bows, one made for a left-handed shooter and one for a right-handed shooter. It seems that the soldier may have picked up Korean archery in Korea, and continued to practice at home.

Label on the box with which the pieces came to the United States in 1964.

The quiver is associated. It is probably of roughly the same period, but I acquired it from an Australian source with no further provenance given.

The bow exhibits an extreme reflex with the ears overlapping. The exposed horn on the belly is polished smooth, the sinew on the back is covered with leather. The grip is wrapped with purple velvet. There is an additional piece of leather to protect the bow from rubbing of the arrow when shooting, this is positioned on the left, indicating it was made for and used by a left-handed archer. The wooden string pads are covered with thin leather. The ears are acacia, as still is the preferred wood used by Korean bowyers. On the back of the bow is a tiny ridge leading up to the ear, a stylistic remnant of a rigid section that earlier versions of such bows used to have. This little ridge has since disappeared entirely from Korean bows.

It comes with its old bow bag, and a traditional string. The string loops are made of sinew, while the string itself is a strong plant fiber that I could not identify.

It comes with five traditional Korean target arrows. Made of carefully selected bamboo, with wooden nocks that were wrapped with cherry bark. The tips are of the older style, with a small square tip section on a wide base of round cross-section. Today, the bullet shaped brass points replaced this older style.

The quiver is made of a single piece of bamboo, capped on both sides with white metal caps. One is a removable cover. The quiver is carved in its entirety with geometric patterns and highly stylized characters for bow (弓) (gung) and another that eludes identification. There is also a greek key pattern, known in Asia as "rolling thunder".

A very complete set of Korean traditional archery equipment, the bulk of which was sent to the U.S.A. in 1964. The bow still has some hallmarks of earlier work that are not seen on bows today, indicating the tradition is still subject to subtle changes. 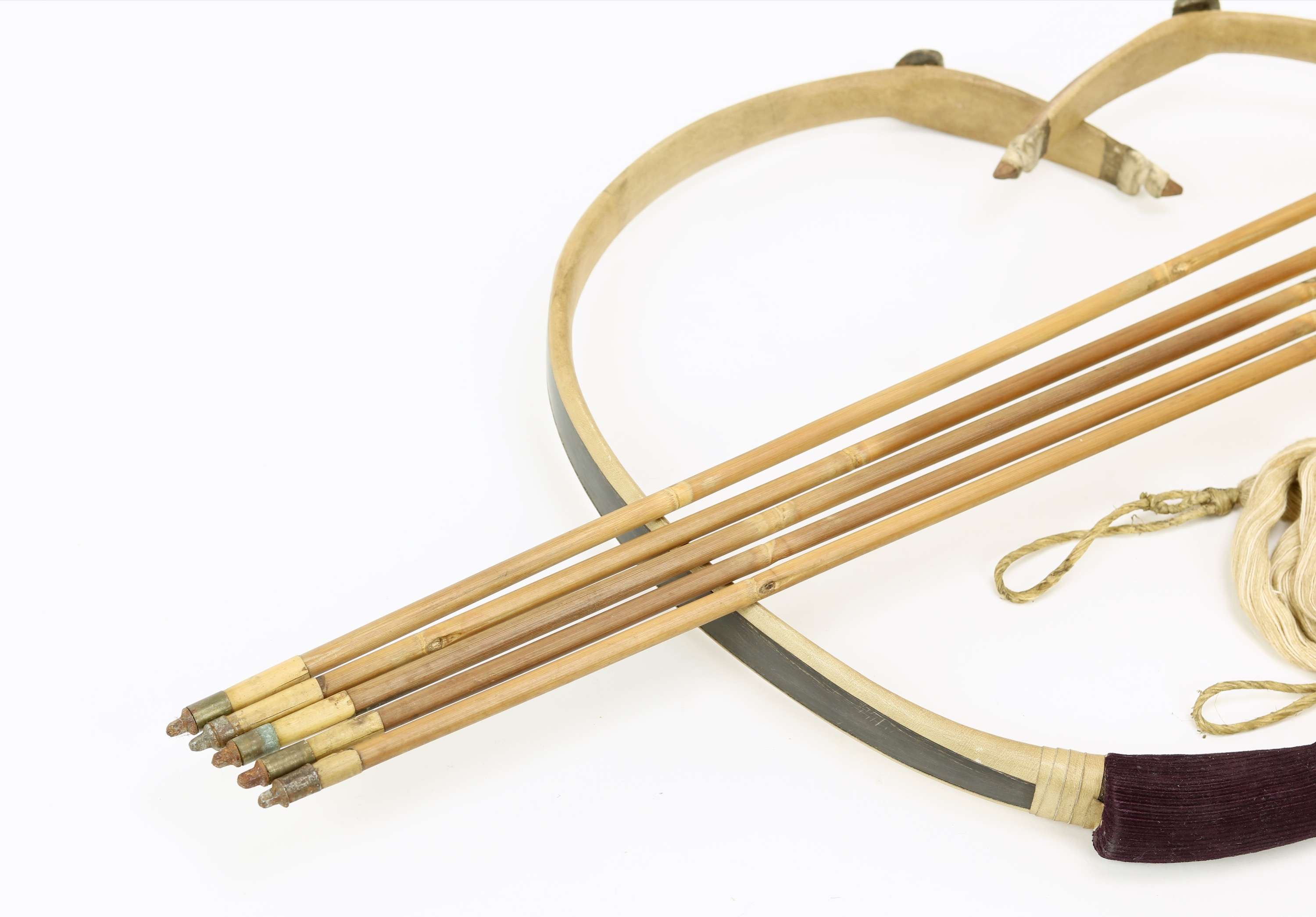 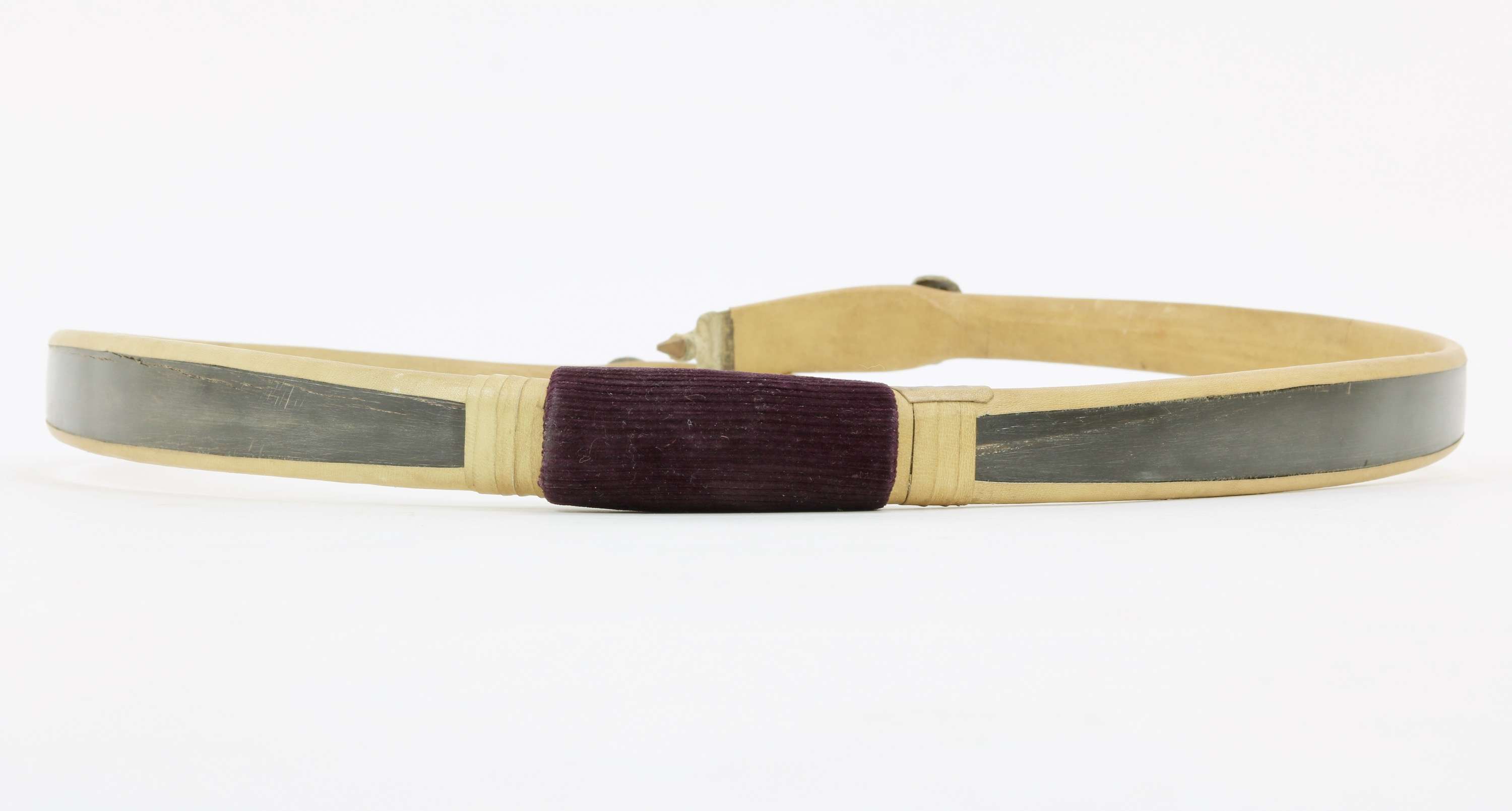 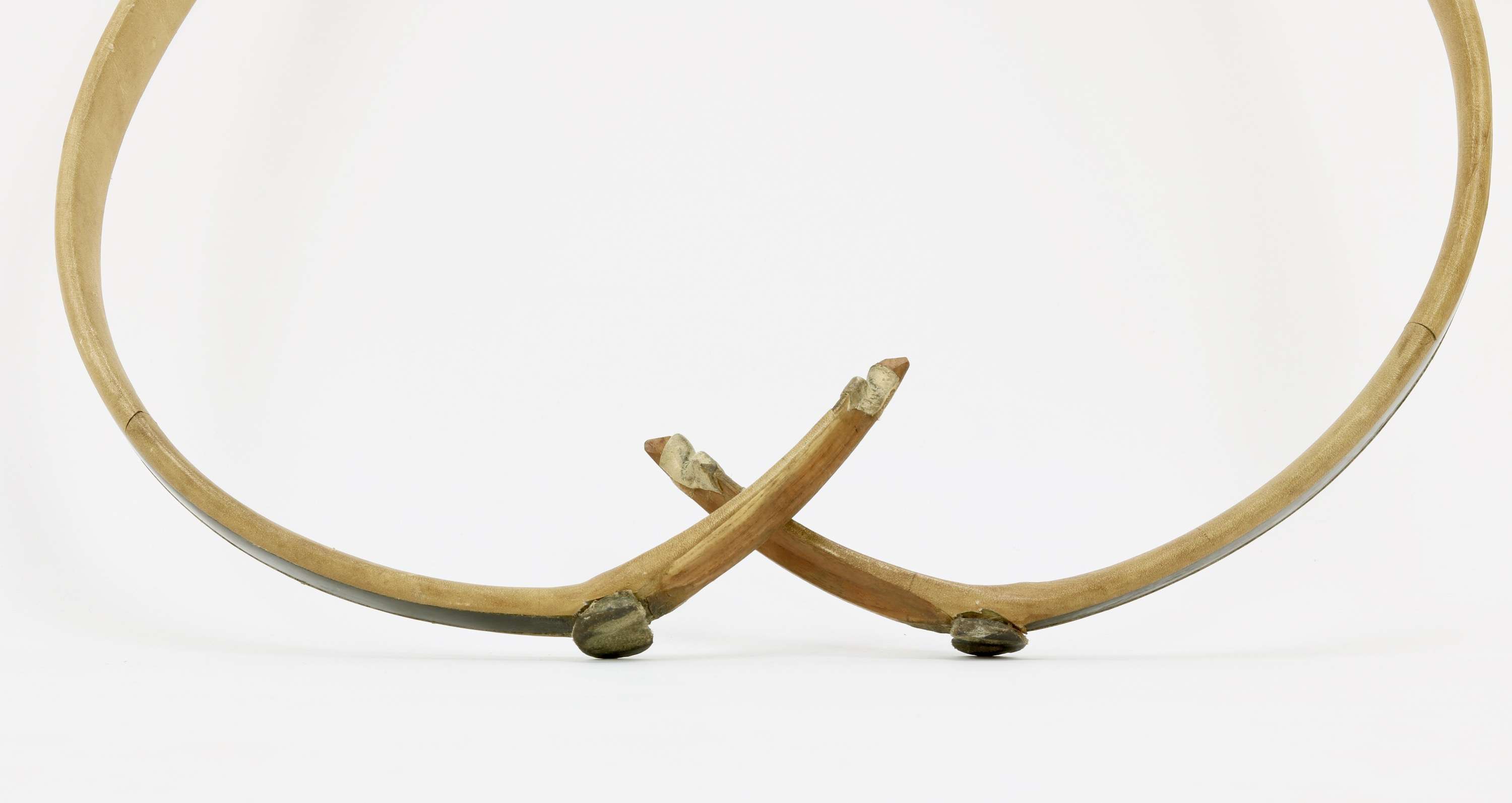 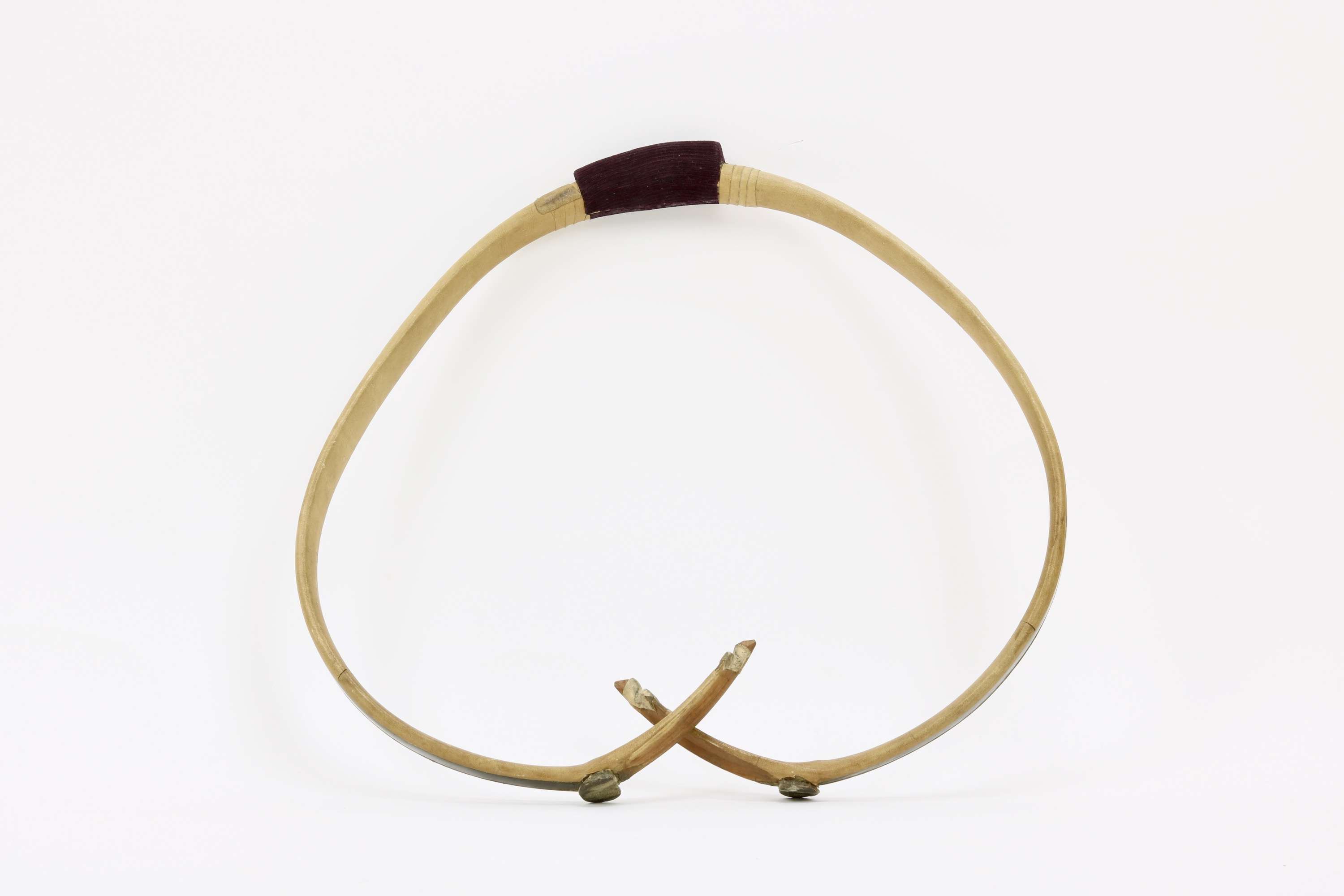 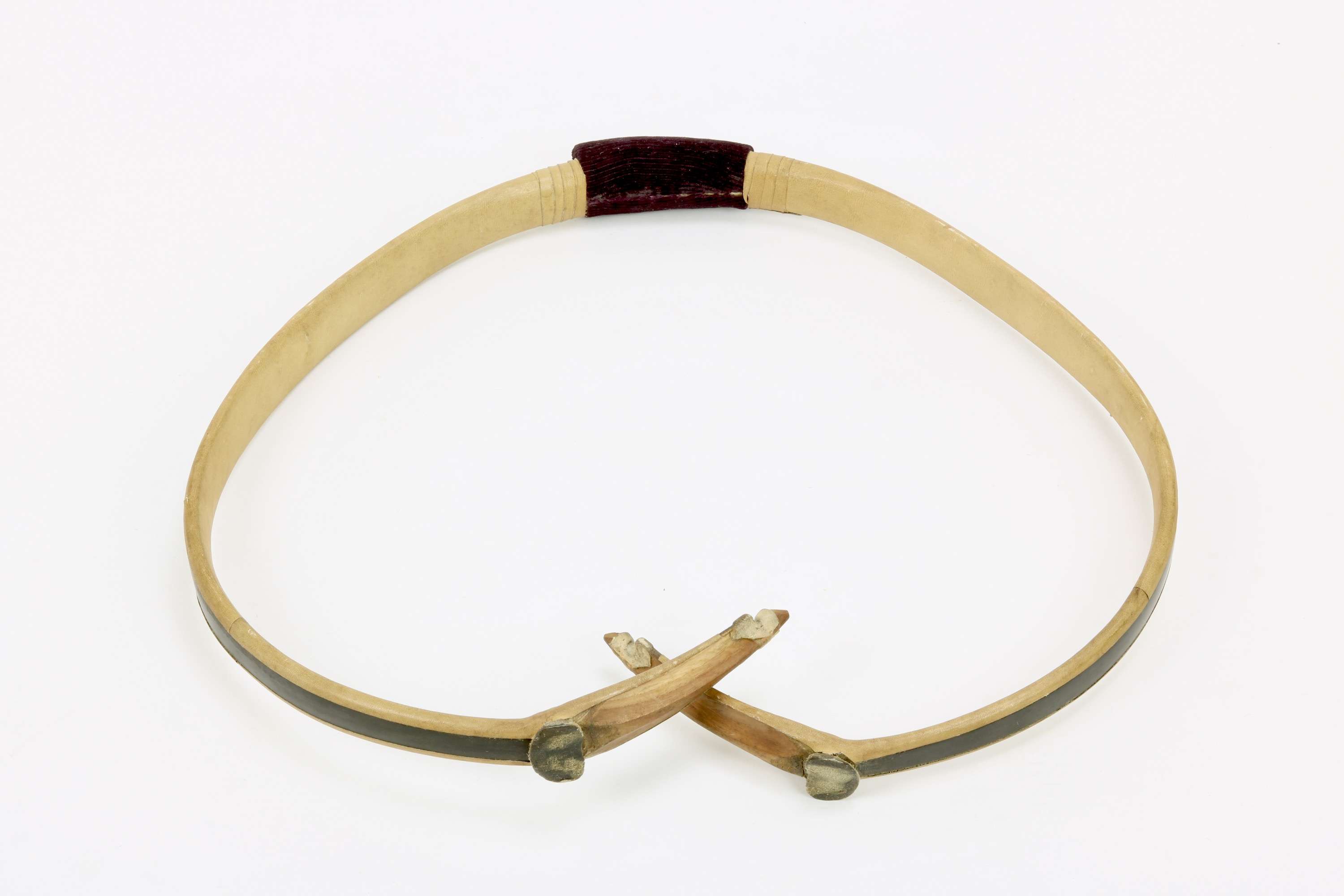 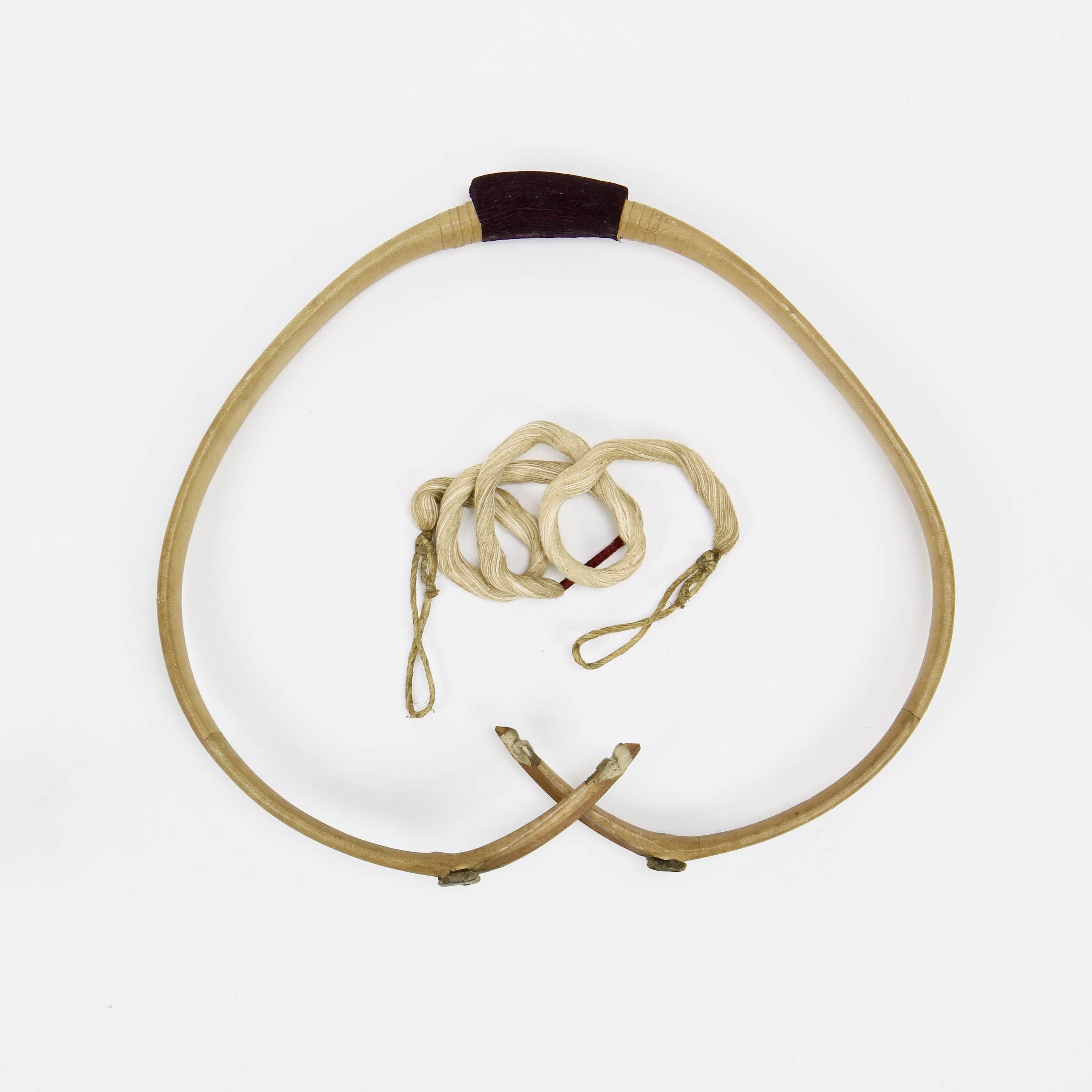 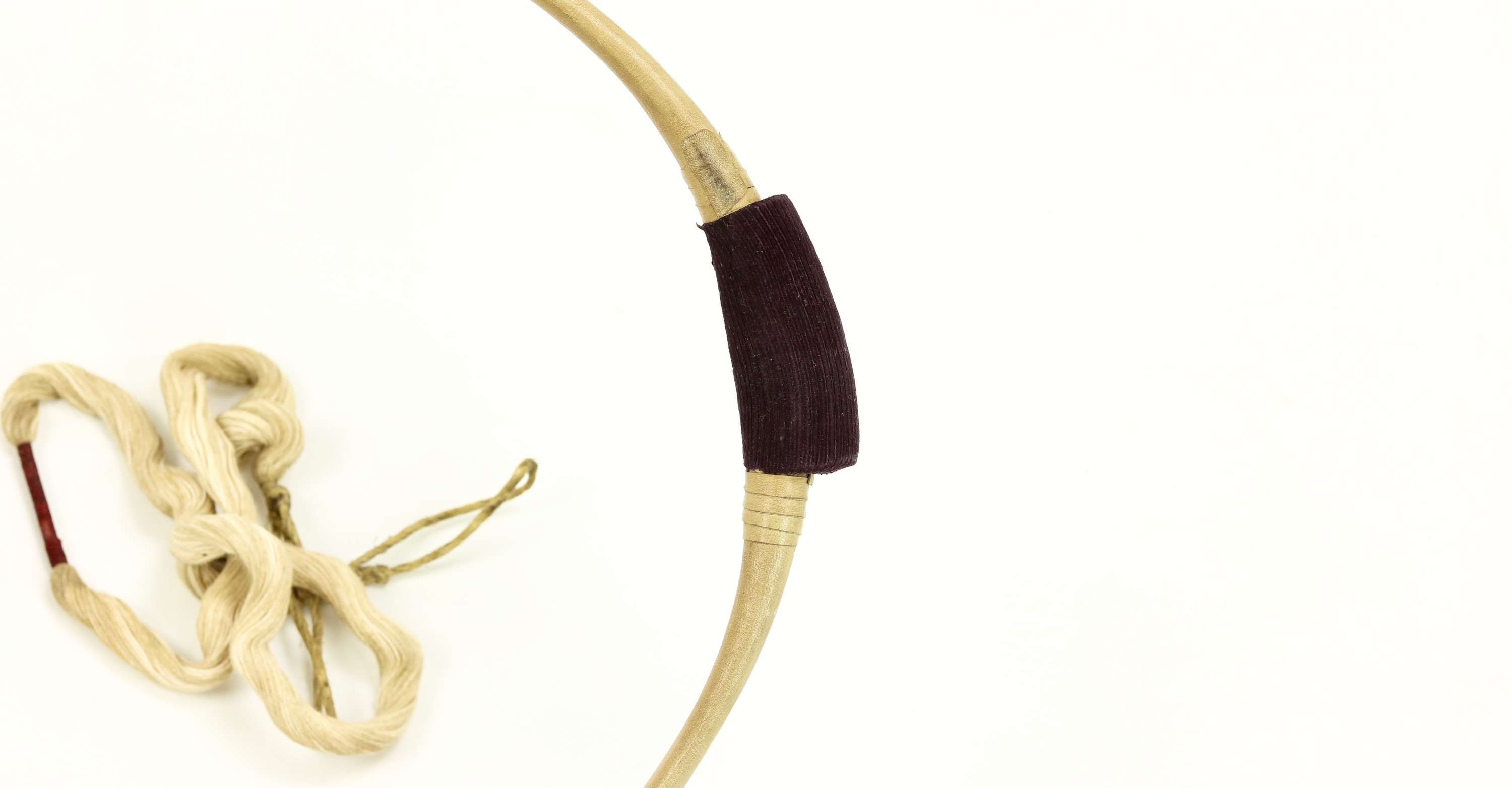 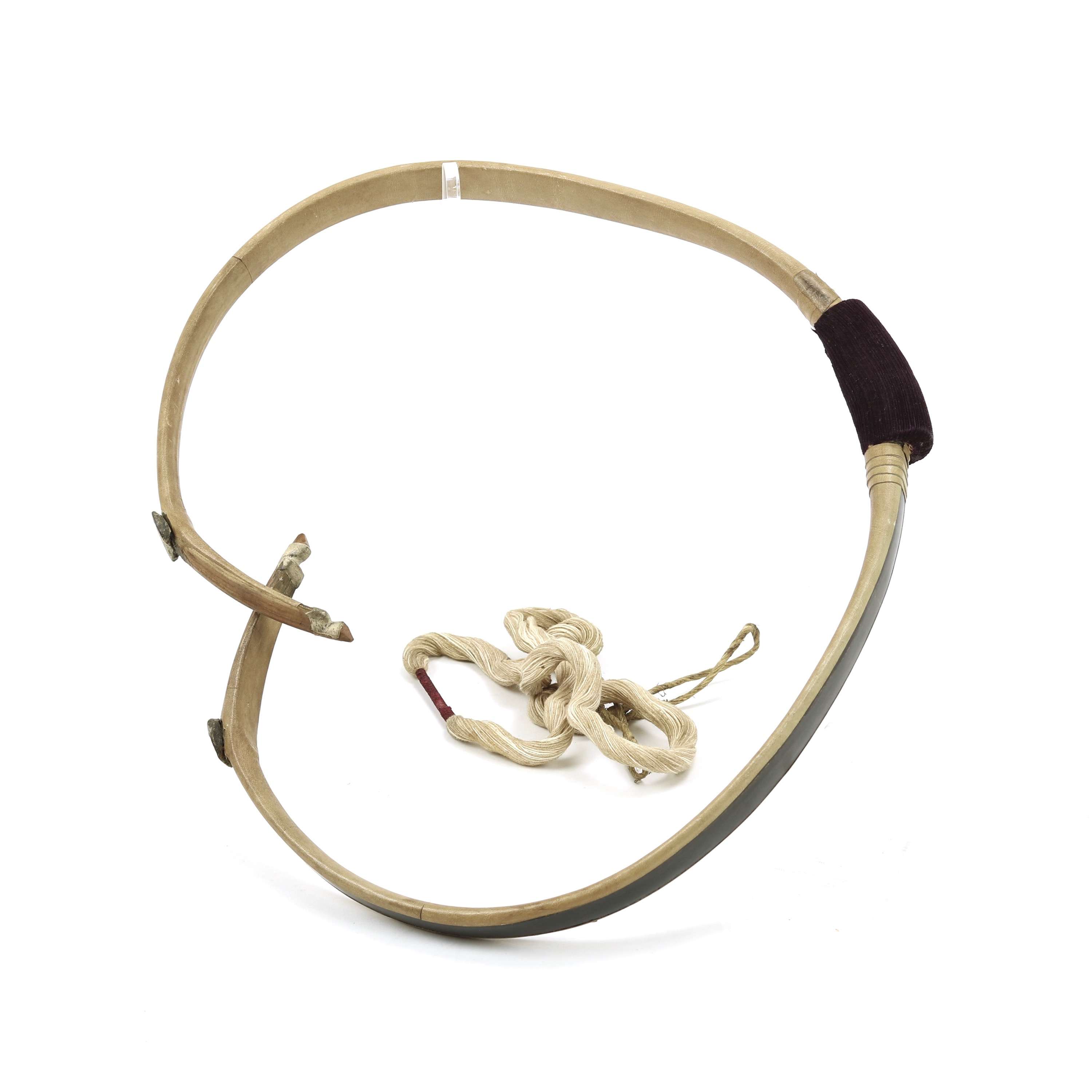 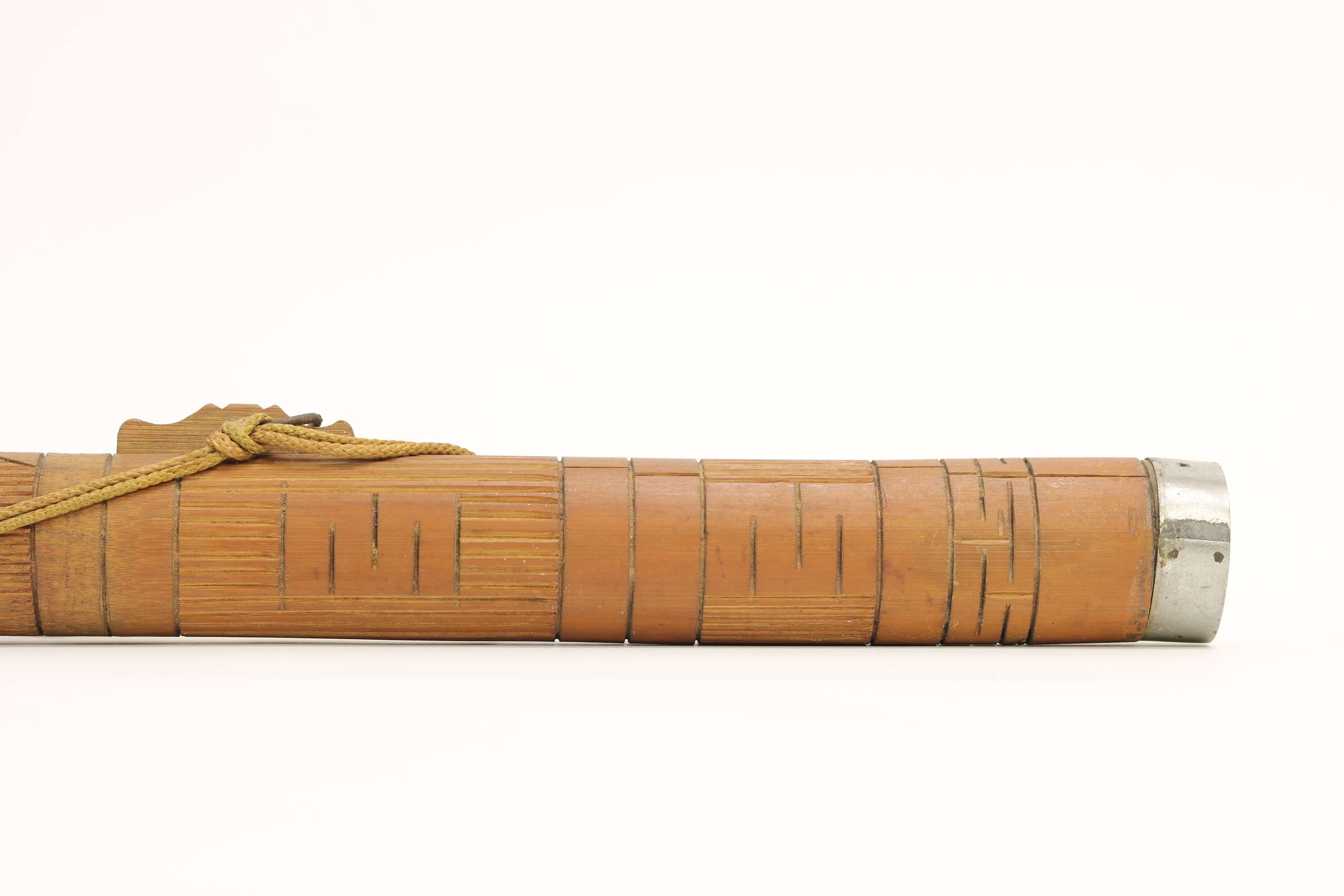 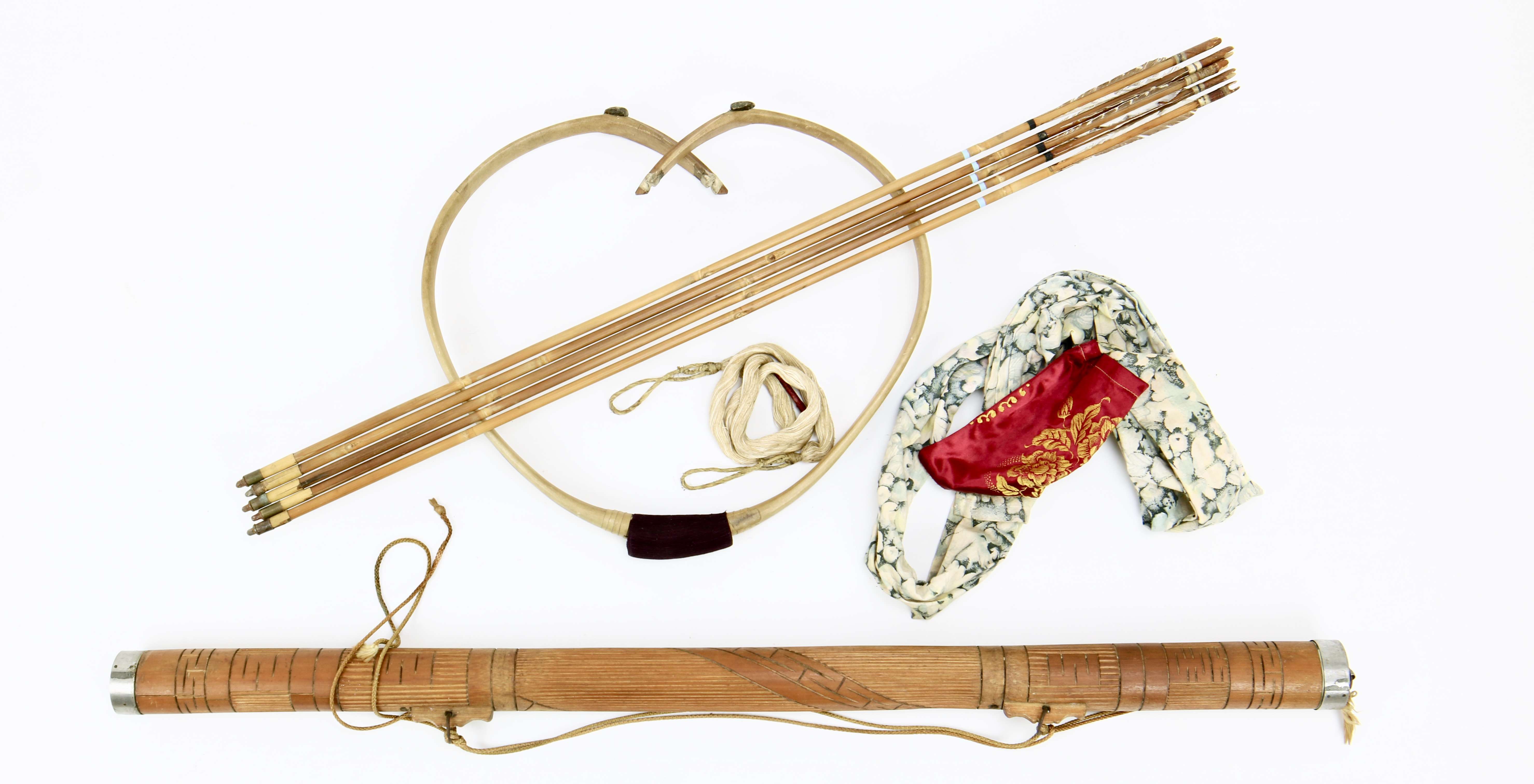