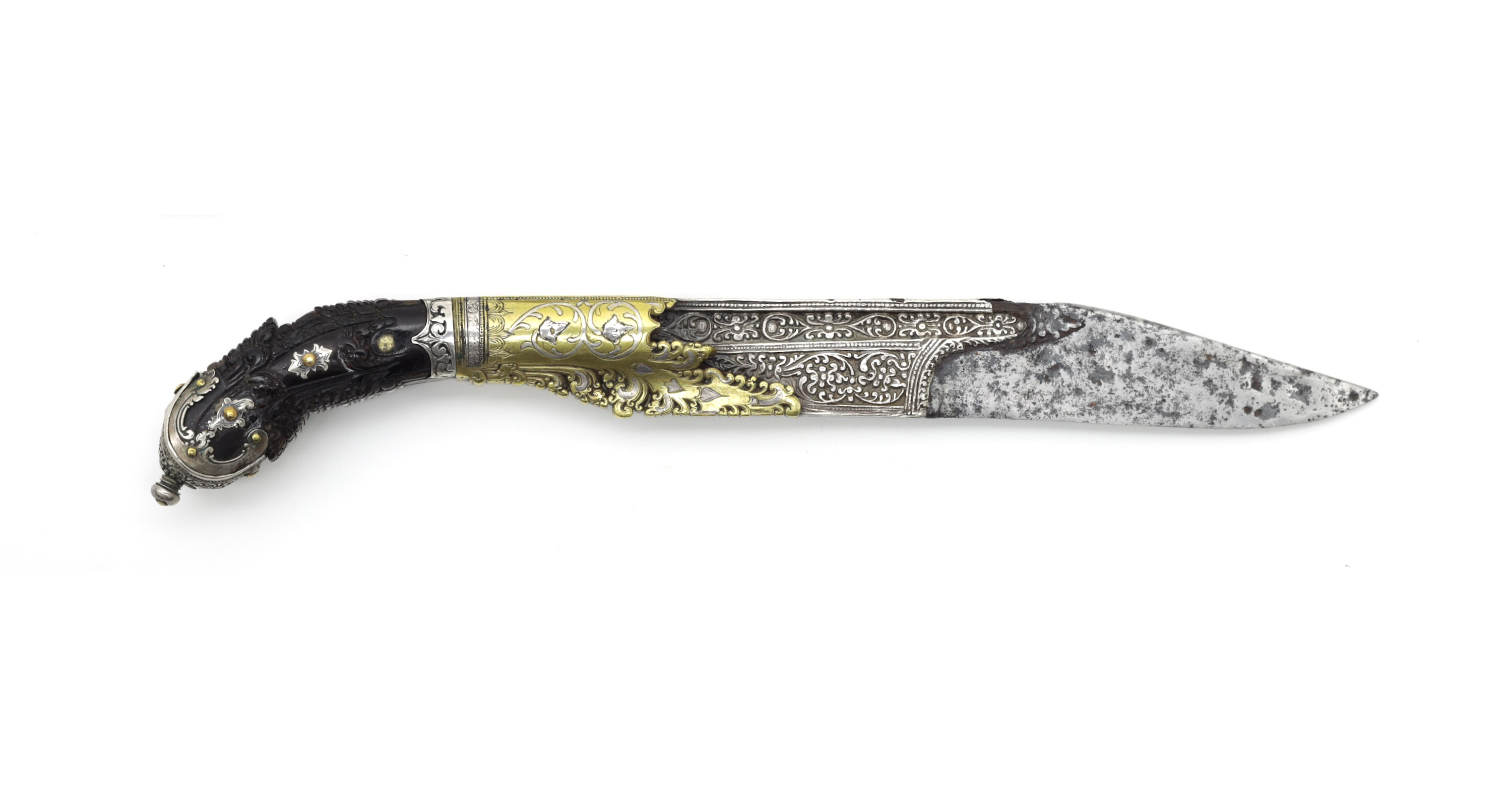 A fine Sinhalese knife of the 18th century. These were made in the workshops of the King of Kandy and carried by his officials or bestowed as diplomatic gifts. They tend to exhibit very fine craftsmanship. Production came to a rapid end in 1815 when British forces took Kandy, and royal patronage of the workshops came to an end.

This example has a thick iron blade with a bright yellow alloy bolster, probably a gold amalgam, as it doesn't tarnish as brass would. The bolster is of typical form with sprays of curls called liya-pata. The sides of the bolster are inlaid with silver circular vines with flowers called liya-vẹla.

Both sides of the blade and spine were first chiseled and then covered with silver plate, pushed into the crevices to reveal the design. They are decorated with a different version of liya-vẹla and stylized honeysuckle motifs called velpota.

The handle is carved of black coral, which, when polished, looks much like buffalo horn. It is carved with more liya-pata designs and decorated with silver ornaments and back plate.

In pretty good condition. Some pitting in blade and small loss to the silver plating on one side. The two ornaments on the left side of the hilt were reproduced by Haarlemse Zilversmederij K.H. Schermerhorn, Hofleverancier. (Purveyor to the court).