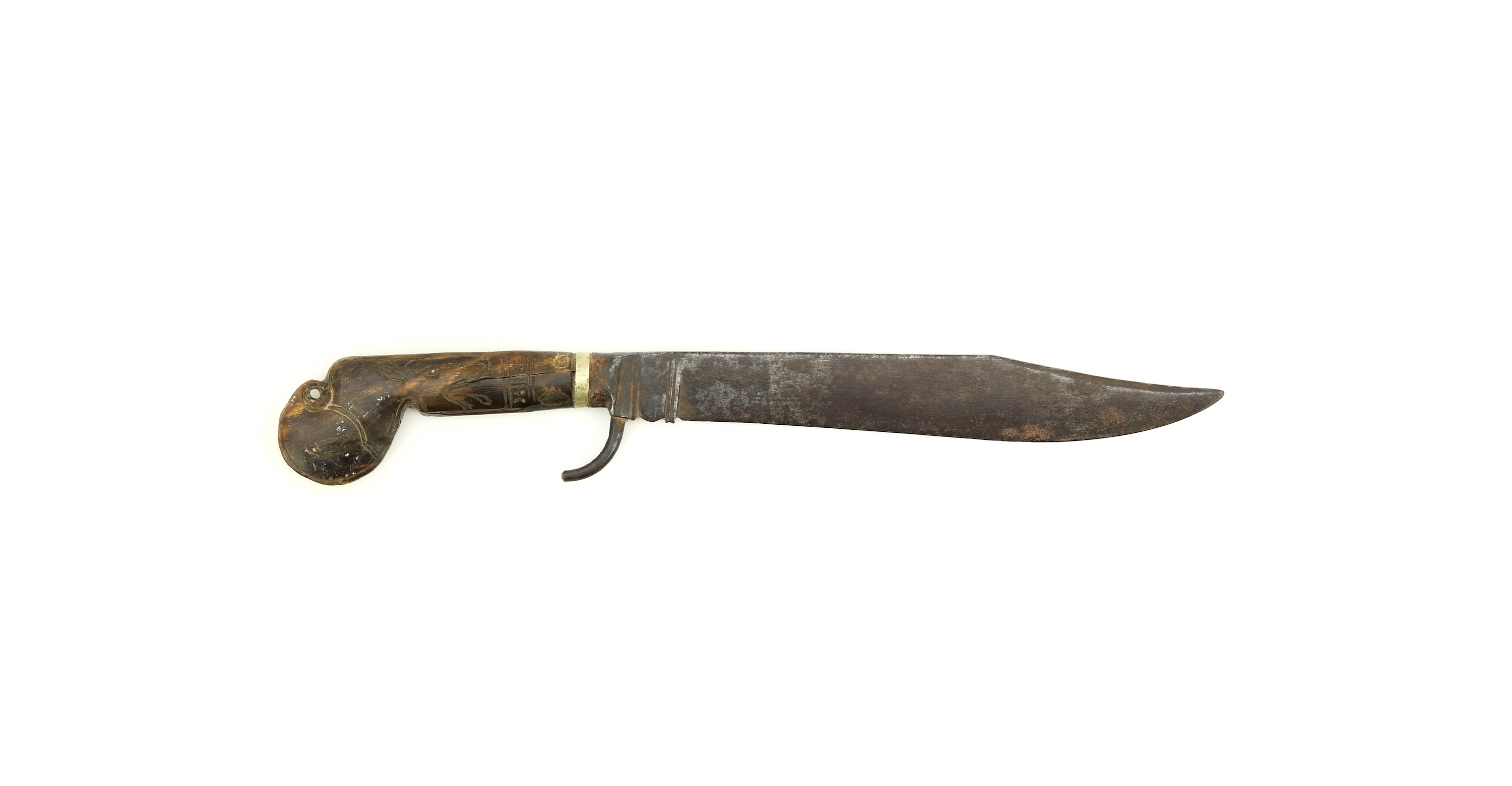 When thinking about Sinhalese knives, the first that usually comes to mind is the very ornate knives from the Four Workshops of the King of Kandy. Old practical Sinhalese knives are a lot less common, mainly because so few of them were cherished enough to survive.

Here we have an interesting example of a small Sinhalese fighting dagger called kirichchiya. It has a nicely shaped blade with a clipped tip which is concave in profile and beveled. It has a thick staged ricasso with file-work. A curious feature is the index finger guard that projects from the base of the blade.

The hilt is made of water buffalo horn, its pommel is shaped like a stylized bird's head, probably a sérapéṅdiya, a Sinhalese mythical bird. In the center of the grip is carved a makara head looking the other way. Further down is a decorative band with stylized flowers. The ferrule appears to be made of a copper-nickel alloy known as báitóng in Chinese. It was a prized and widely traded material in Asia that was chiefly mined in Yunnan before Europeans managed to produce the alloy.

For more information about the iconography, see glossary articles for sérapéṅdiya and makara.

This dagger is of an extremely rare type, and I have found only one comparable piece in a museum collection. It came from the Harry Charles Purvis Bell collection, a British civil servant in Ceylon and was obtained by the Colombo National Museum in 1938 where it is retained under accession number 38-727-77. The museum records it as "Malay Kris knife" which is certainly a mistake, as the designs are very much Sinhalese.1

In their book, De Silva & Vikramasiṃha present the name of this type of dagger, but do not mention the source of the name and state that they have not found any other reference examples.2

The kirichchiya in the Colombo National Museum accession number 38-727-77.