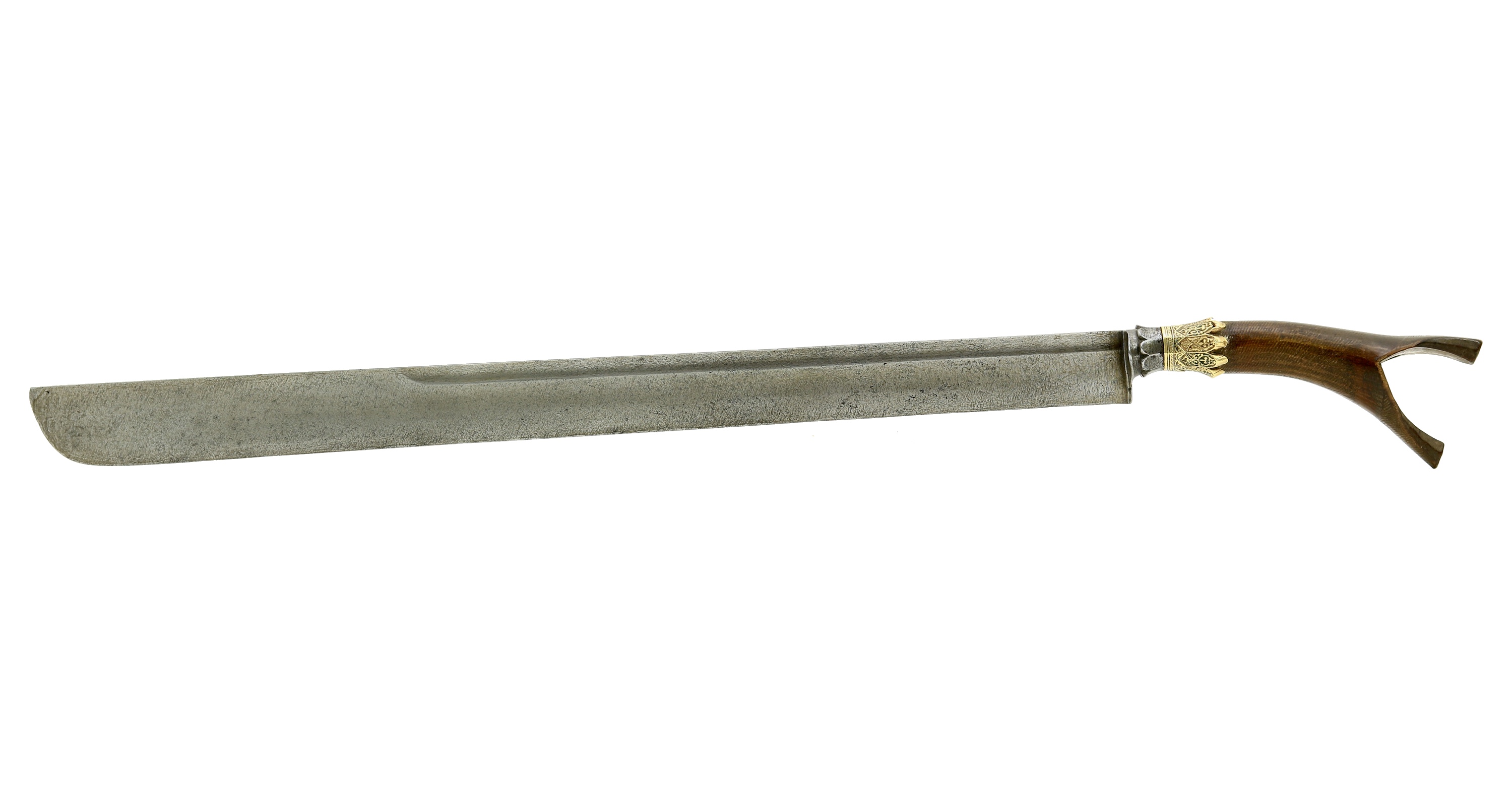 The sikin panjang is a straight, single-edged fighting sword from Northern Sumatra.

"Persons of position or those who are going on a journey carry in addition the Achehnese sword (sikin panyang) which is the ordinary weapon used in fighting. It is of uniform width from end to end, and is placed in a sheath." 1

Special state-commissioned versions were issued to uleebalang, which were local lords, and panglima prang, a rank bestowed by the uleebalang on people who distinguished themselves as a warrior.

The weapons (sikin panjang and reunchong) which he receives from the uleebalang on his appointment, he must return to him again if he should ever embrace the cause of an enemy of the latter. 2

These official sikin panjang were adorned with golden crowns, the number of crowns seems to have been related to rank. The Sultan of Aceh is known to have had weapons with a 4 tiered crown.3 Panglima probably carried those with a double crown. Uleebalang and other nobles those with 3 tiered crowns. I have not encountered single crowns yet.

A good old sikin panjang with single golden crown, a piece that was probably presented to a panglima by a local eleebalang lord.

The blade is a little unusual in that it widens gradually from base to tip, whereas the classic sikin panjang tends to keep a more or less even width from base to tip. Otherwise, it follows the standard pattern, with a single well-formed groove against the spine and a tip that curved upwards rather abruptly to meet the spine. Minor damage to tip, some sideways distortion to edge from use.

The blade is forged folded, deliberately pattern welded, and showing off fine layering. The current finish is one of precise diagonal lines of even depth, probably a working life period polish. The layering is continued into the steel bolster.

The golden crown is made of sheets of gold, hollow as can be seen from the damage of the topmost "petal". There are remains of the blue and green enamel that used to fill all of the carvings.

The hilt is made of the rarer amber-colored buffalo horn that the Acehnese favored for their better sikin panjang. 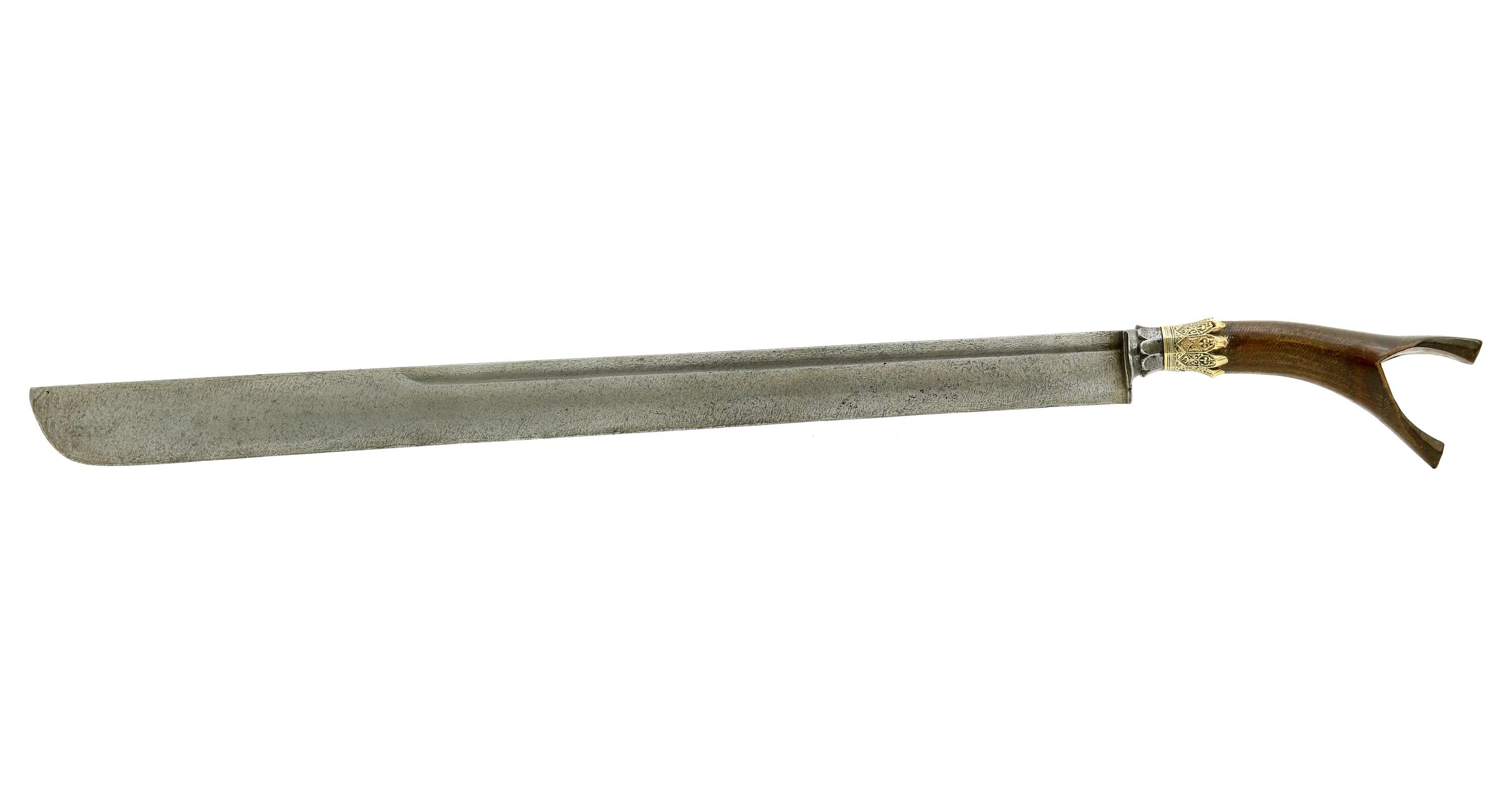