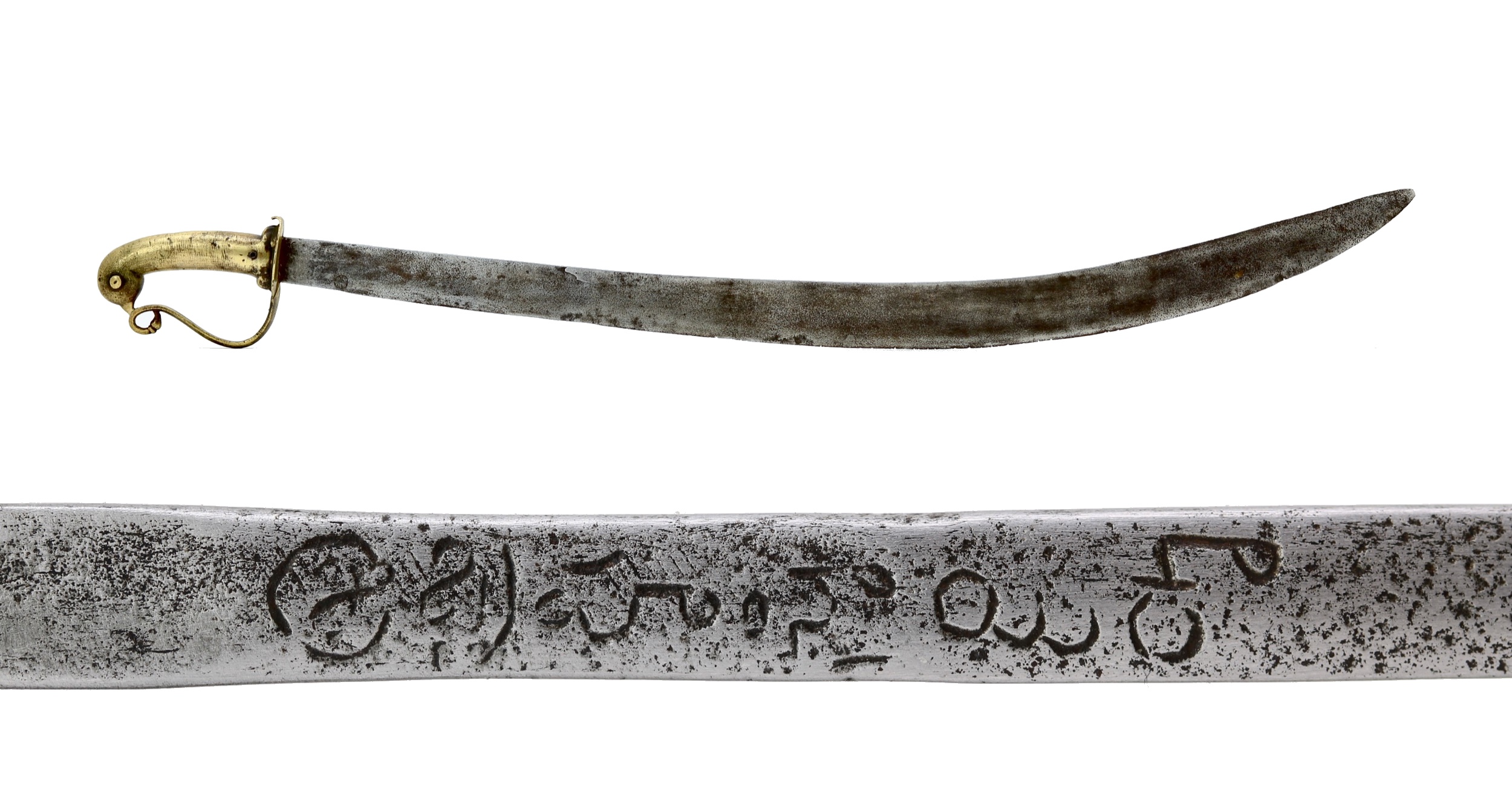 An interesting South Indian saber. The blade is made of fairly coarse forge folded steel showing various forging flaws here and there.

The profile is quite typical, widening considerably over its length. It has a fairly long, sharp backedge and the leading edge has lots of damage from impact and some signs of sharpening and repair.

There is no question that this is a well-used fighting blade.

The hilt is entirely made of brass, probably cast. It consists of a pistol-grip in the shape of a parakeet, a small disc guard, and a sturdy S-shaped knuckle bow that ends in a little bud shaped ornament.

On the opposite side of the guard is a small quillon that curls upwards. A feature also seen on the saber worn by the Raja of Tanjore. 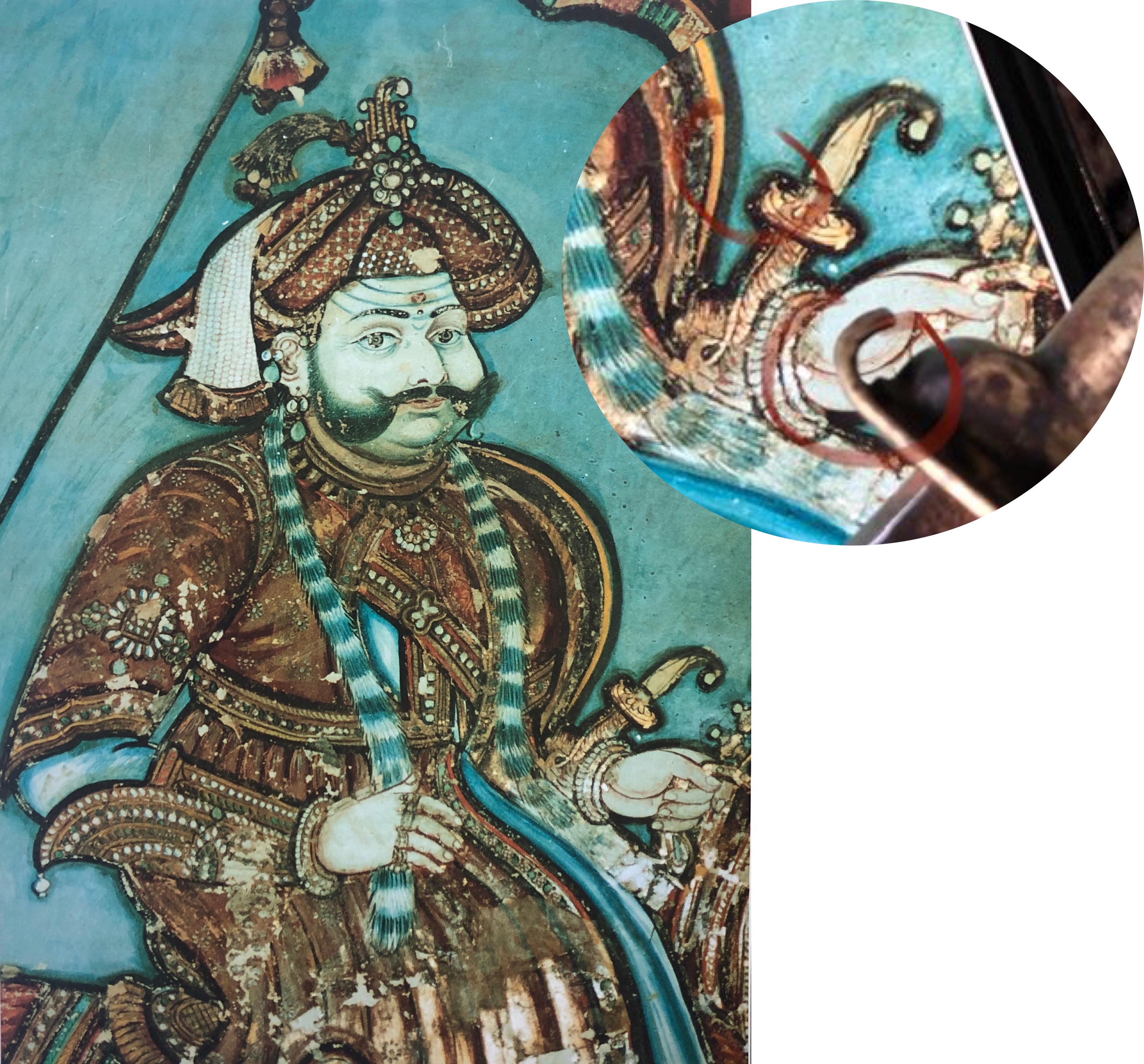 There is a mark on the left side of the forte, consisting of a cross in a circle with four dots. This is probably a maker's mark. 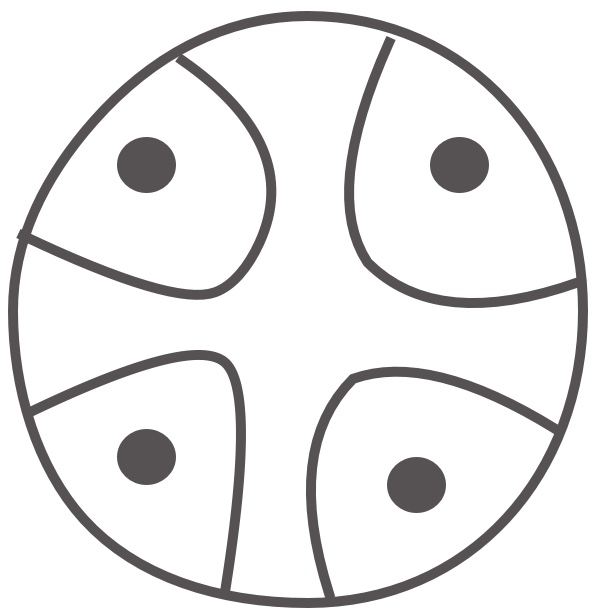 The spine bears an inscription in Kannada script:

Śrī is a honorific, Bhīma is a common Indian name and Nāyak means "leader" or "hero". The literal meaning of Bhīma in sanskrit is "big" or "tall". Bhīma is also the name of the mighty warrior in the Indian epic Mahabharata. He killed a hundred warriors in a single battle and was said to have the physical strength of 10.000 elephants. His weapon was the heavy mace.

Kannada was the prevalent script in Karnataka, the stage of the Mysore wars in the 18th century:

"The Mysore cavalry abounded in clever horsemen and first-rate swordsmen, who used their sharp weapons even with more effect than that with which the Sikhs have since been found to wield their tulwars. They frequently challenged our dragoons to single combat, and they generally had the advantage over them in the duels."

Bhima Nayak is the name of an Indian revolutionary and tribal military leader who fiercely fought the British for over a decade. He is also described as "Nimar’s Robin Hood".

He was eventually captured by the British, and ultimately deported to Port Blair on the Andaman Islands in the Sea of Bengal where he was hanged on December 29, 1876.3

While the above makes a great story, there are some reservations against a straight attribution to the revolutionary Bhima Nayak. For example, he was originally from Madhya Pradesh and his campaigns brought him to Maharashtra but in both states, Devanagari would be the prevalent script, not Kannada.

Did he move further south even, to Karnataka, where he got this saber? At this point, I do not know. There is not a lot of information available on Bhima Nayak in languages that I can read.

An interesting South Indian fighting saber. The markings are, coincidentally or not, identical to the name of an Indian revolutionary who was executed by the British in 1876 after fiercely fighting them for over a decade.

The script used on the blade is attributable to Karnataka, formerly Mysore state, the scene of heavy fighting in the two Mysore wars in the 18th century.

The sword itself stylistically has comparables to weapons used further East, the former state of Madras with its old capital Tanjore.

An interesting piece. Perhaps the next owner can find out more. 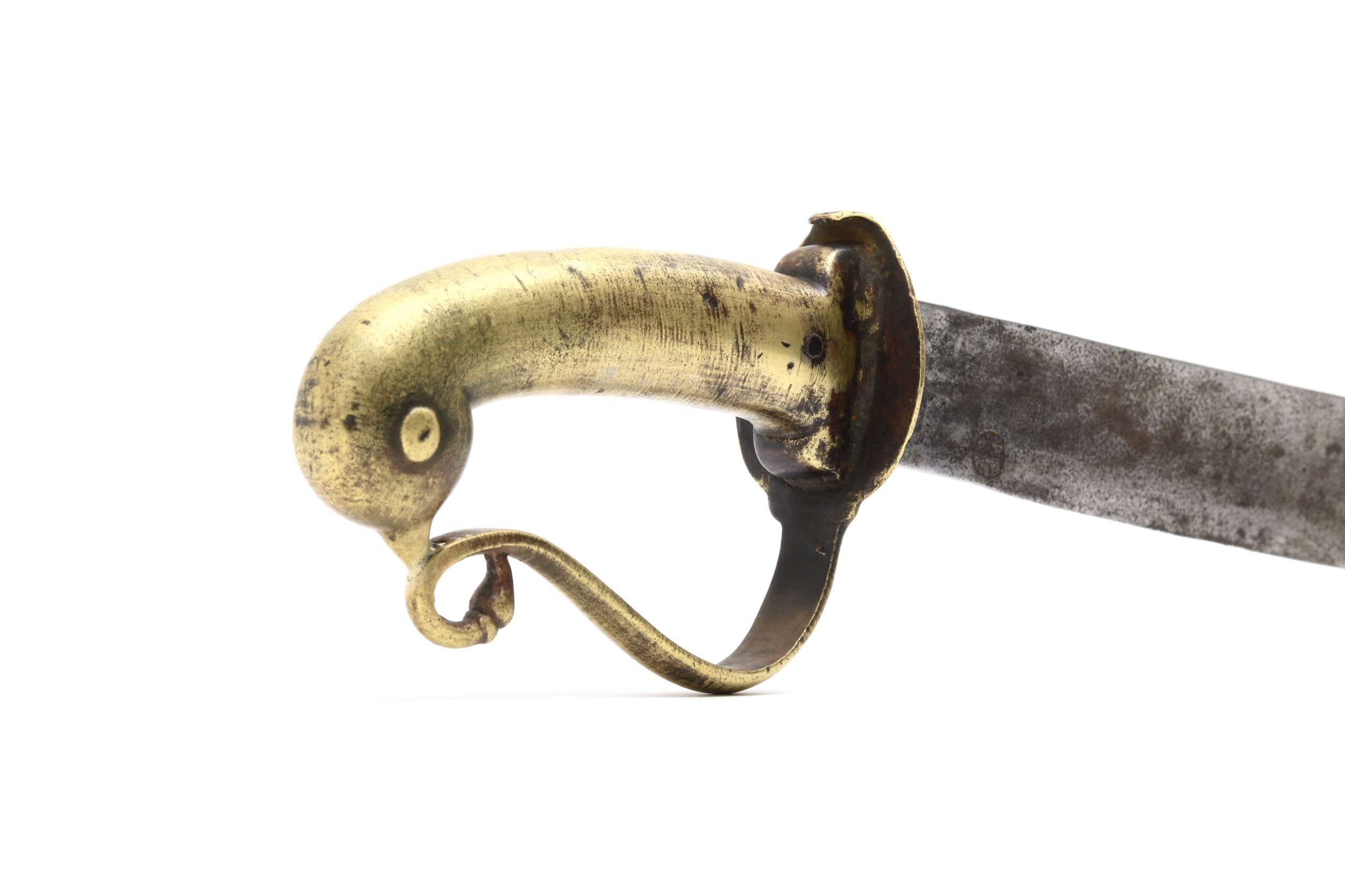 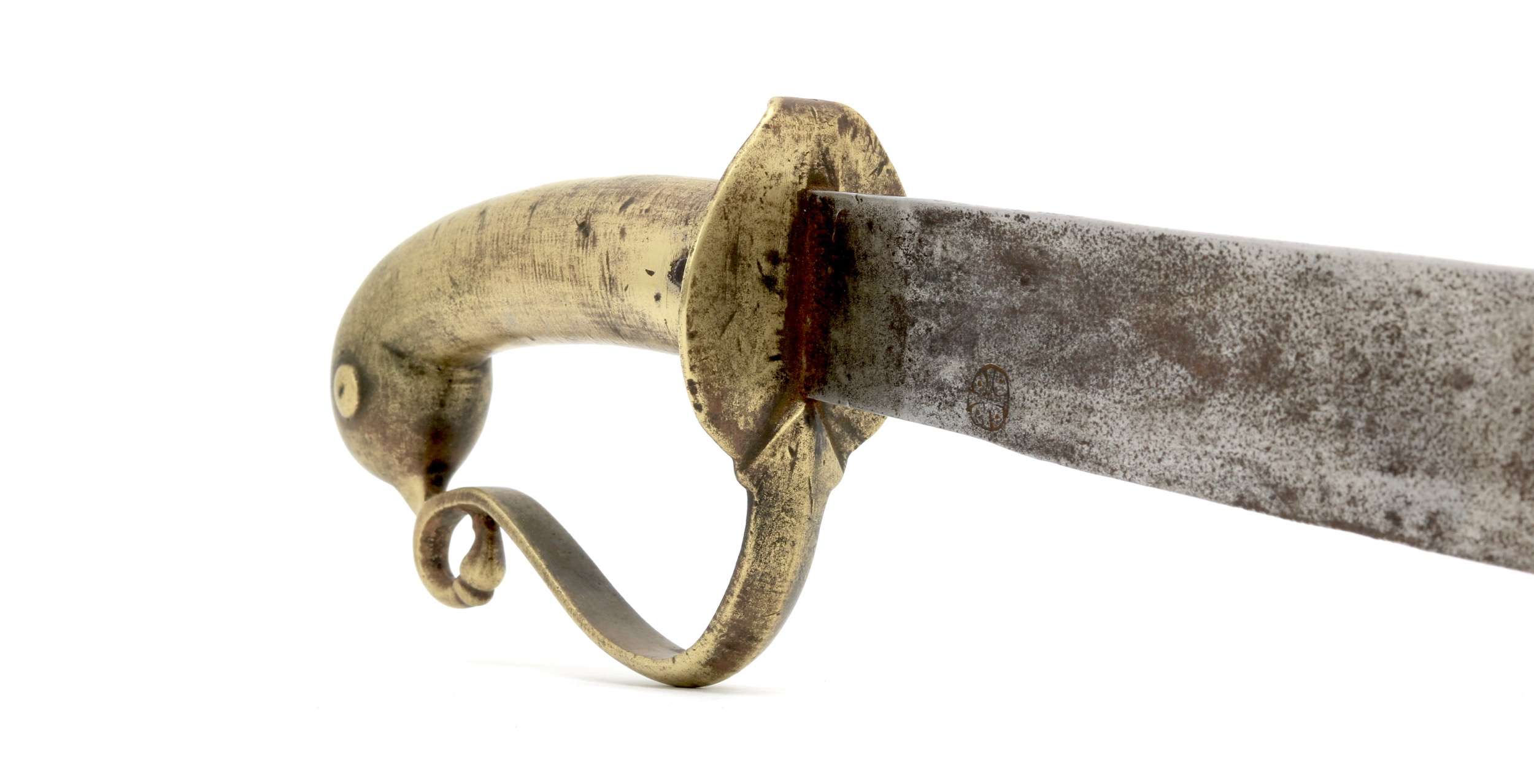 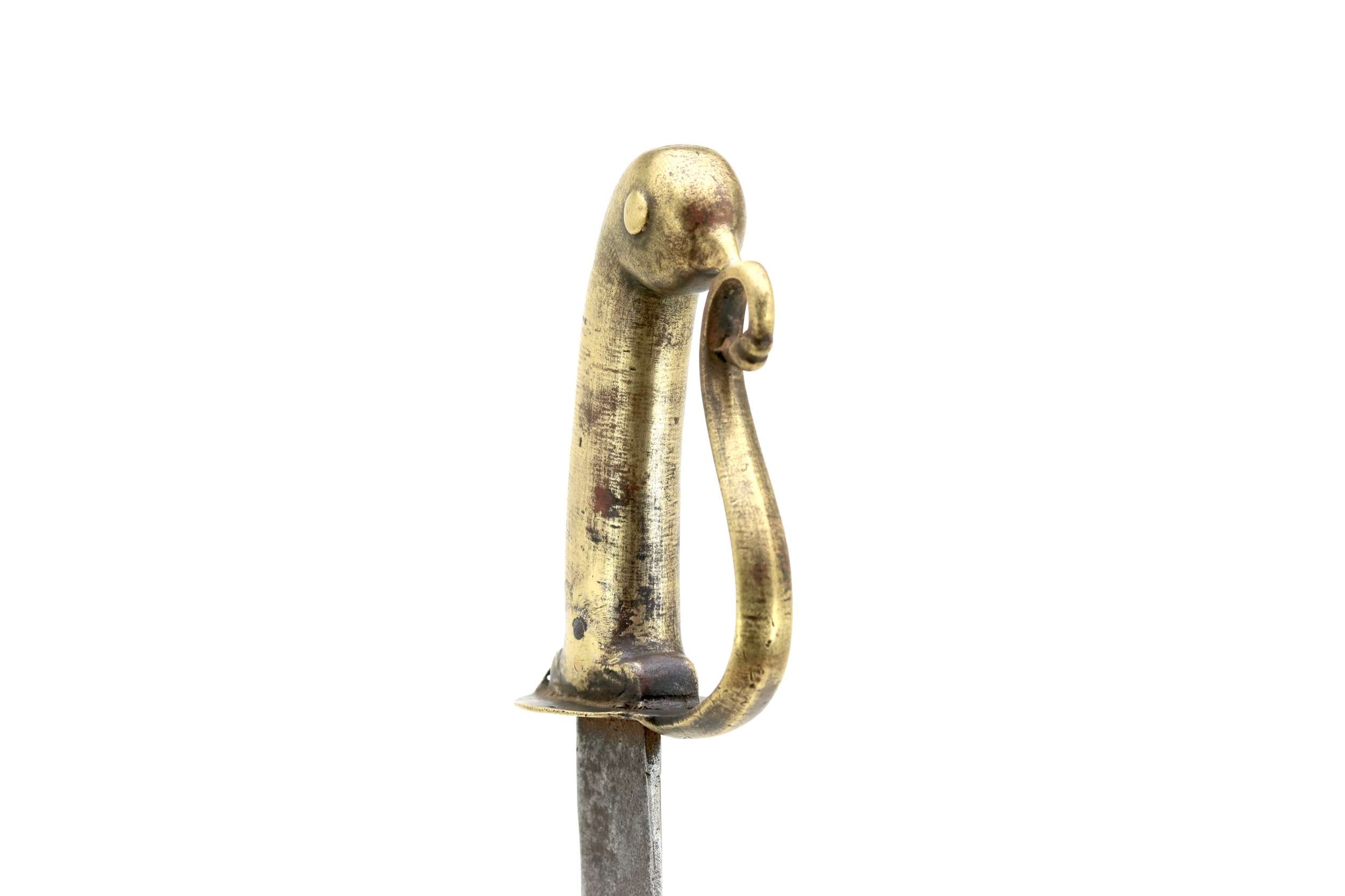 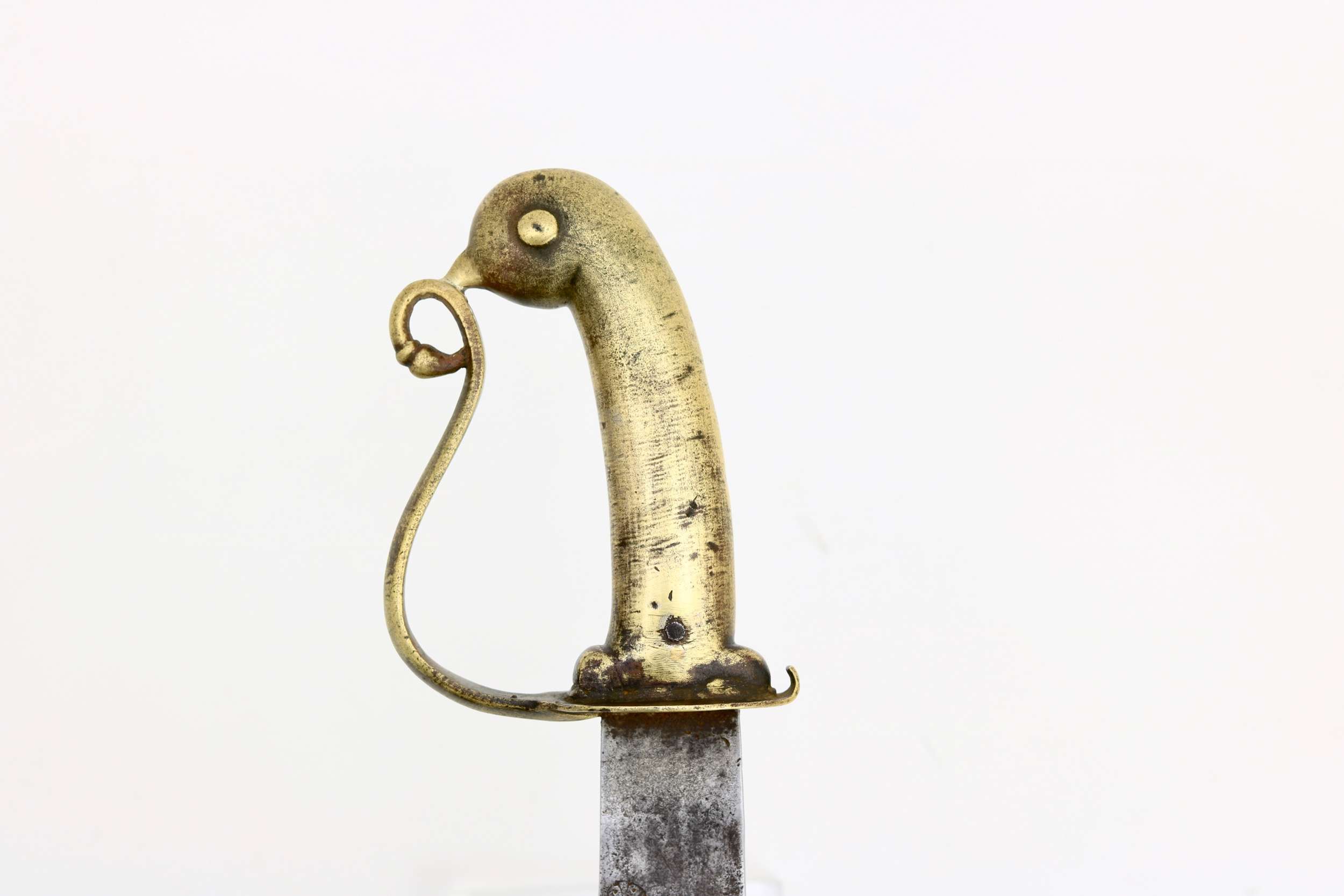