The chilanum is a type of dagger that originated in southern India. With their very sculptural hilts, they are works of art on their own. Despite their ornate appearance, the design is practical and they tend to fit the hand very well. They also tend to be very strong and durable.

A sizeable number of chilanum were captured by the armies of Maharaja Anup Singh of Bīkaner (ruled 1669-1698) at the battle of Ādoni in 1689, which subsequently wound up in the Bīkaner armory. Many remain on display at Junāgarh fort in Bīkaner today.1,2

A chilanum dagger of particularly a graceful form. The blade of lenticular cross-section with very mild swelling near the tip. The guard oval and hollow on the blade side, with a bud-shaped finial on either side. On top of it a gable-roof like structure that forms the basis of the grip stem. The stem features a knob in the middle and an elegantly splayed pommel, again with bud-shaped finials. At the very top is a knob that sits on four leaves, a rarer feature. The handle further has a knucklebow of pronounced S-shape with a bud finial at the end.

Upon close inspection, we can see that this dagger once had spectacular decoration in the form of true inlay silver. Some of the channels are still there, and here and there even some silver remains.

A very elegant and representable example of the Deccan chilanum. It lost most of its once lavish decoration but fortunately retains the sculptural qualities of a much better than average chilanum. 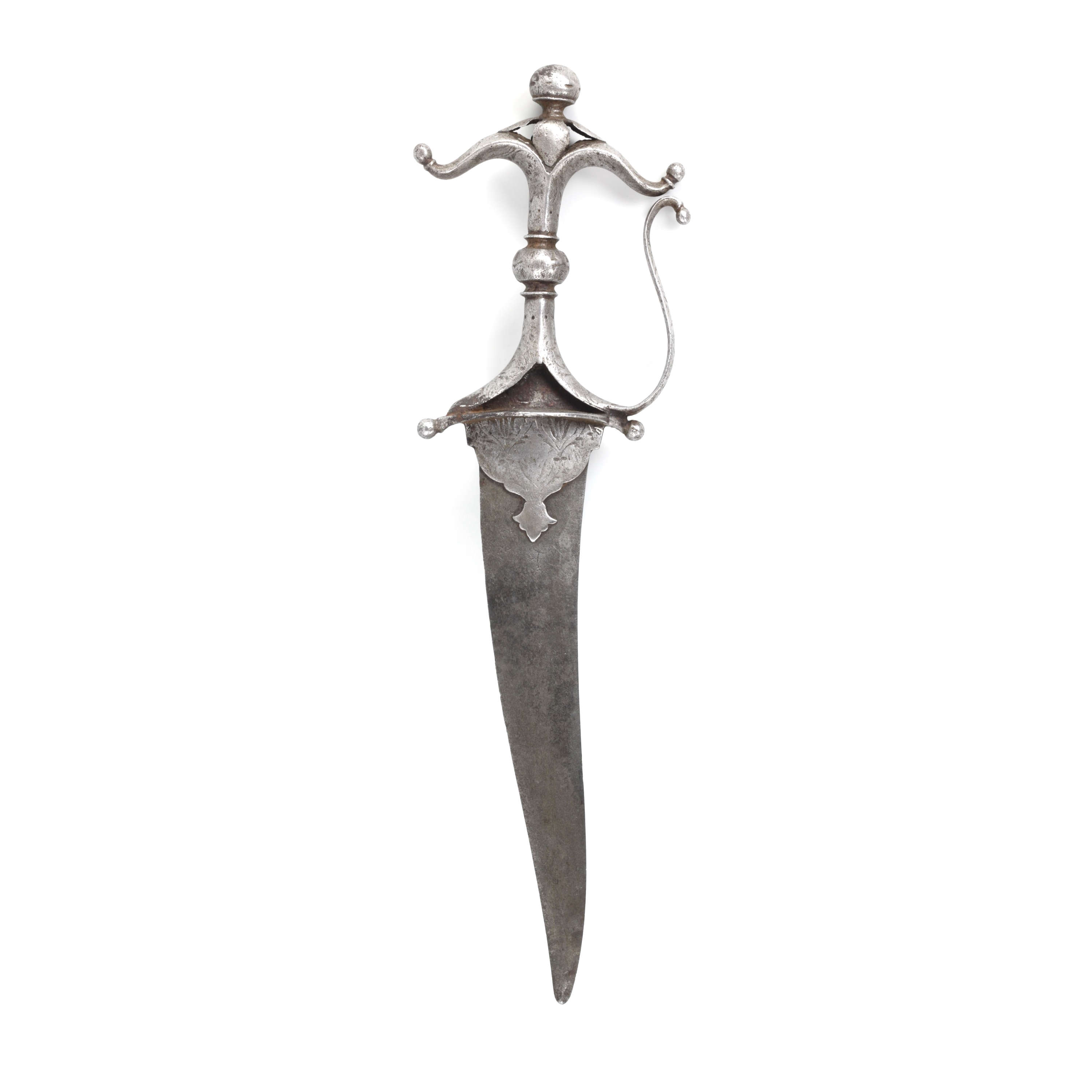 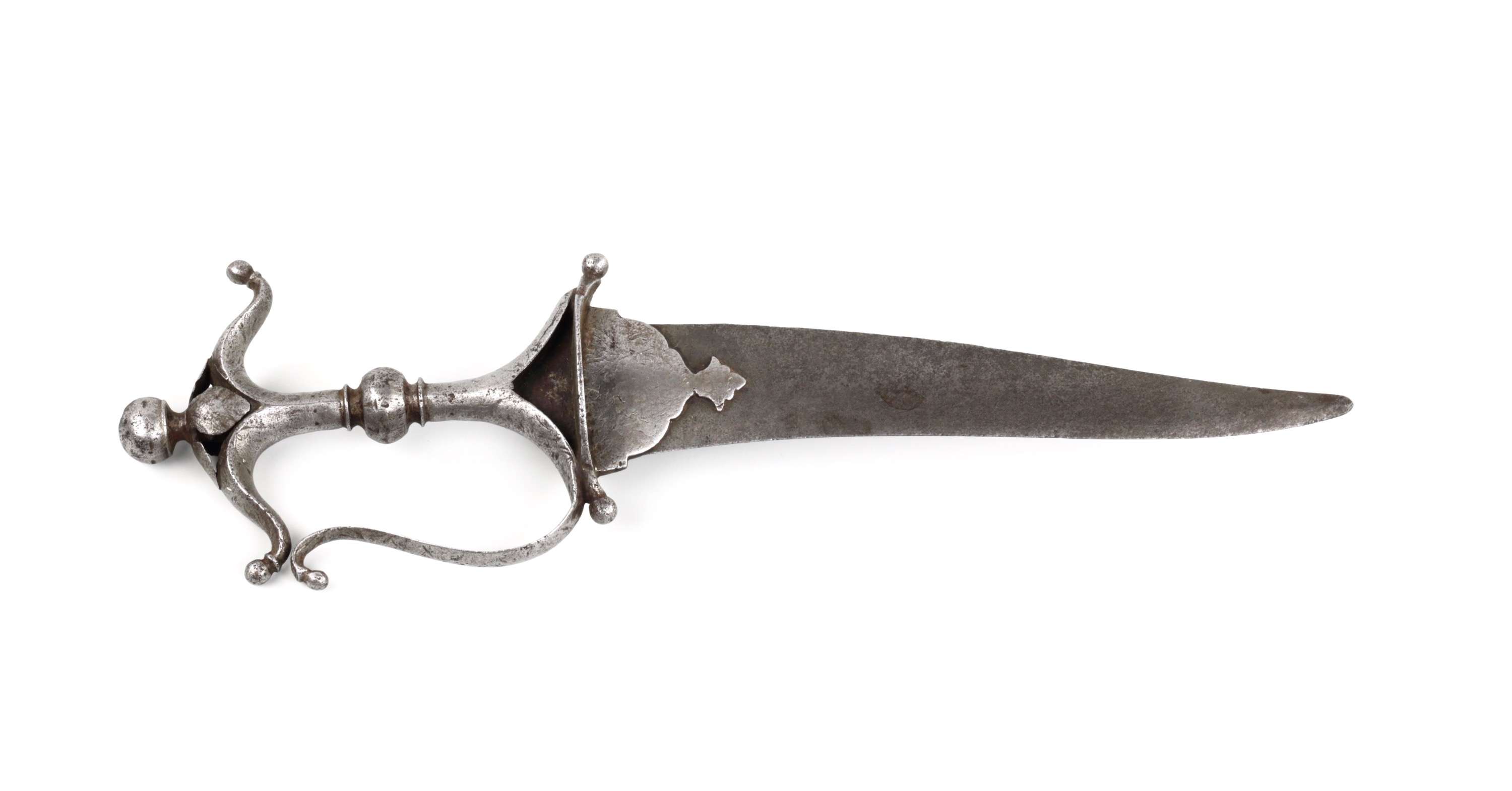 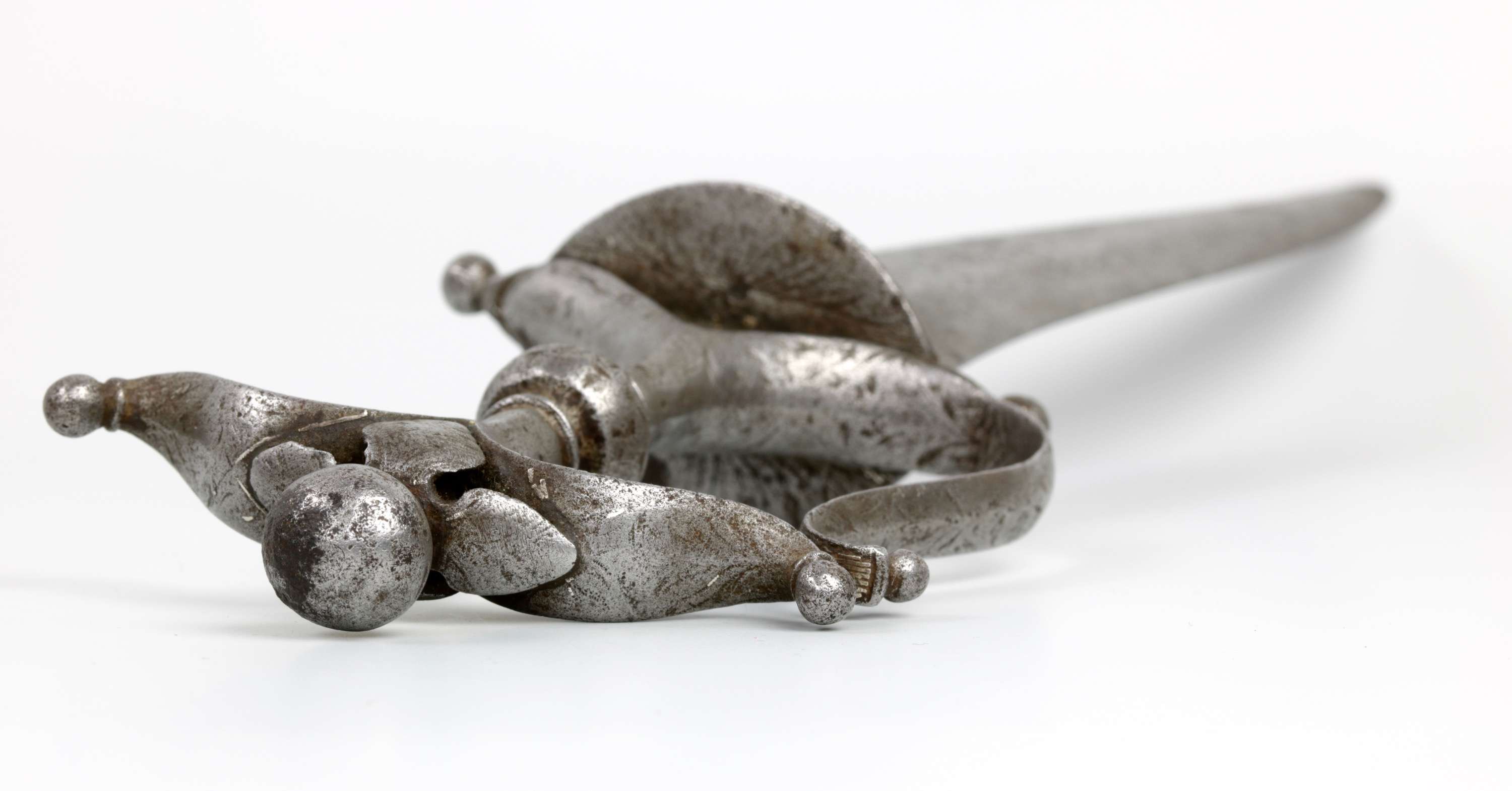 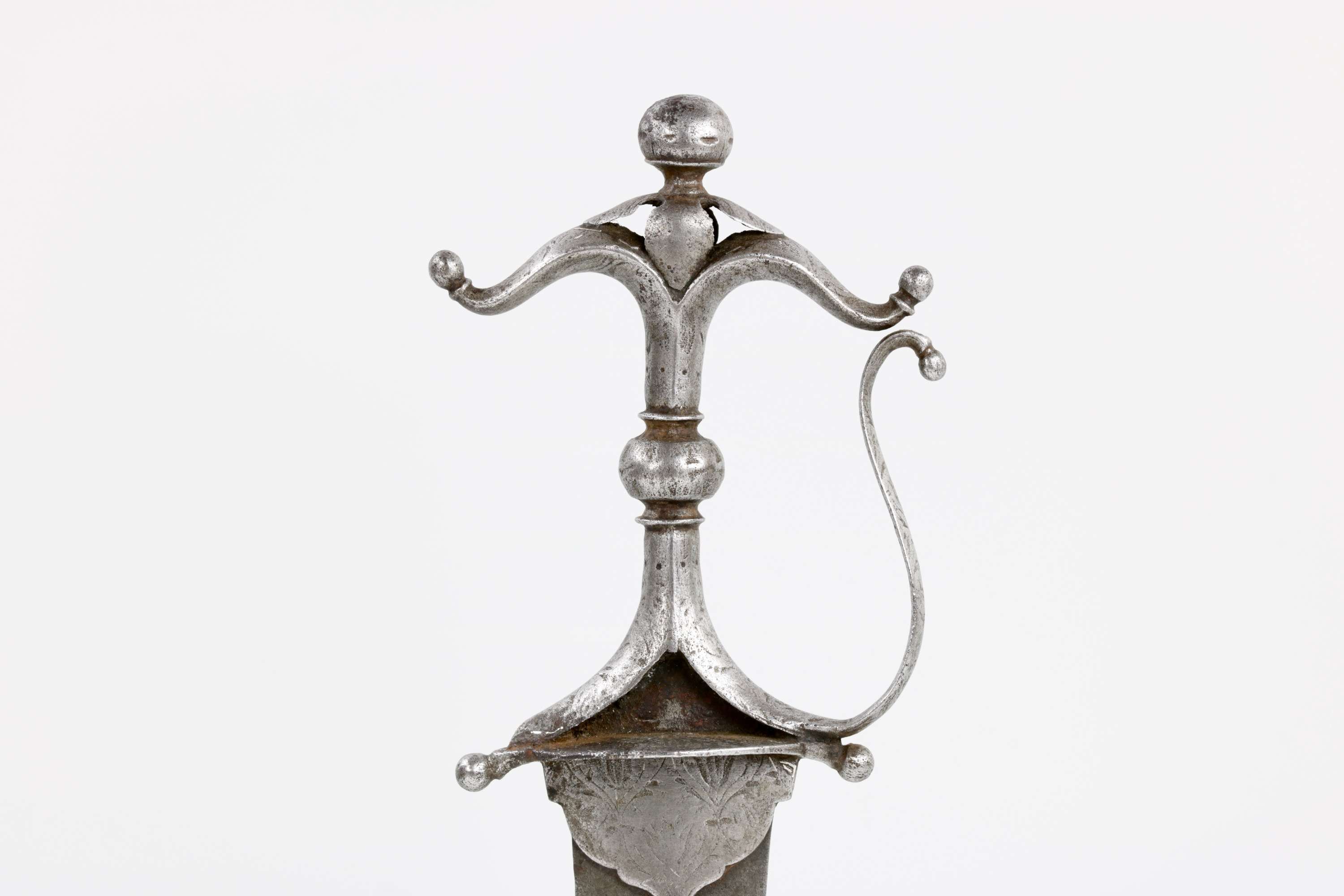 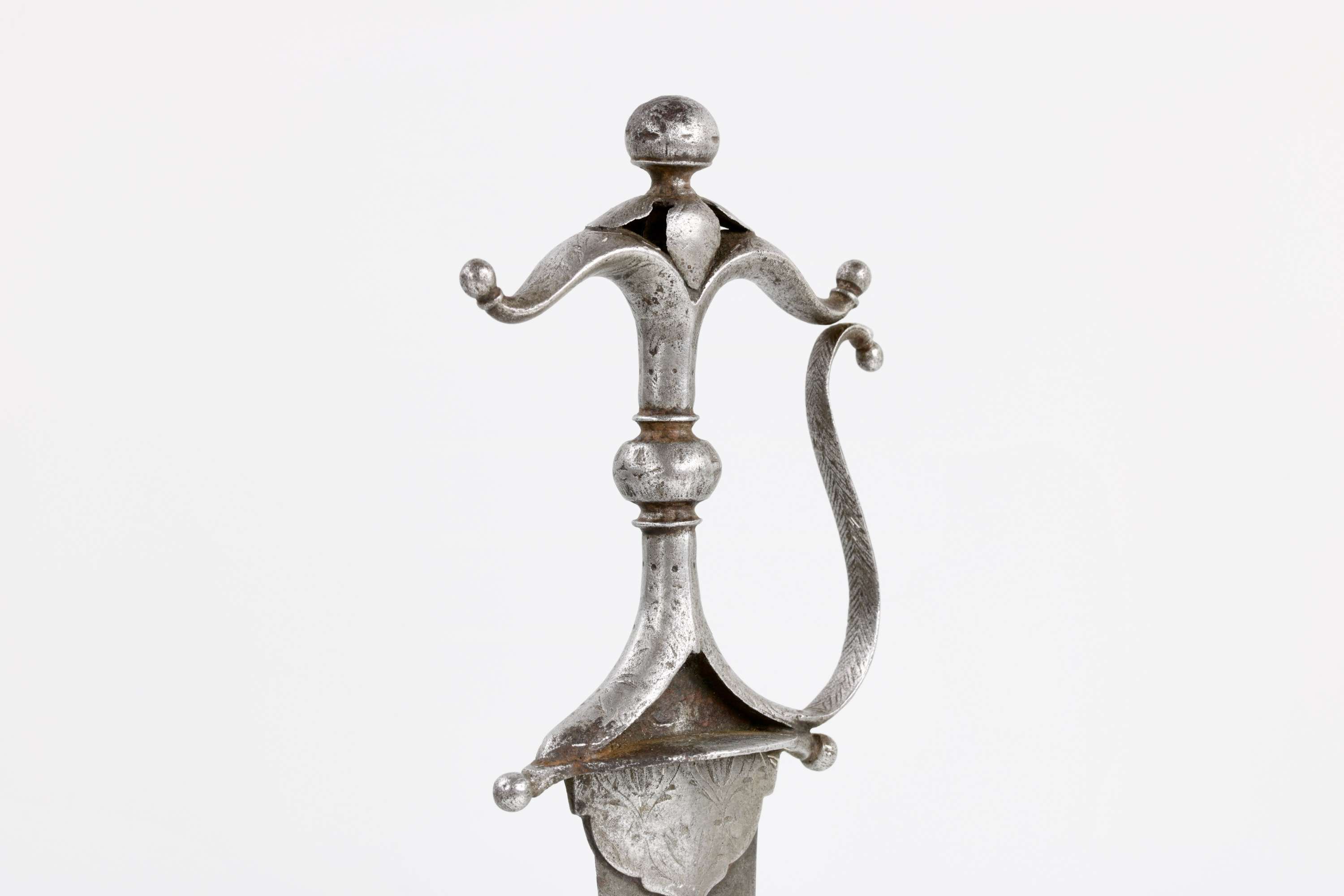 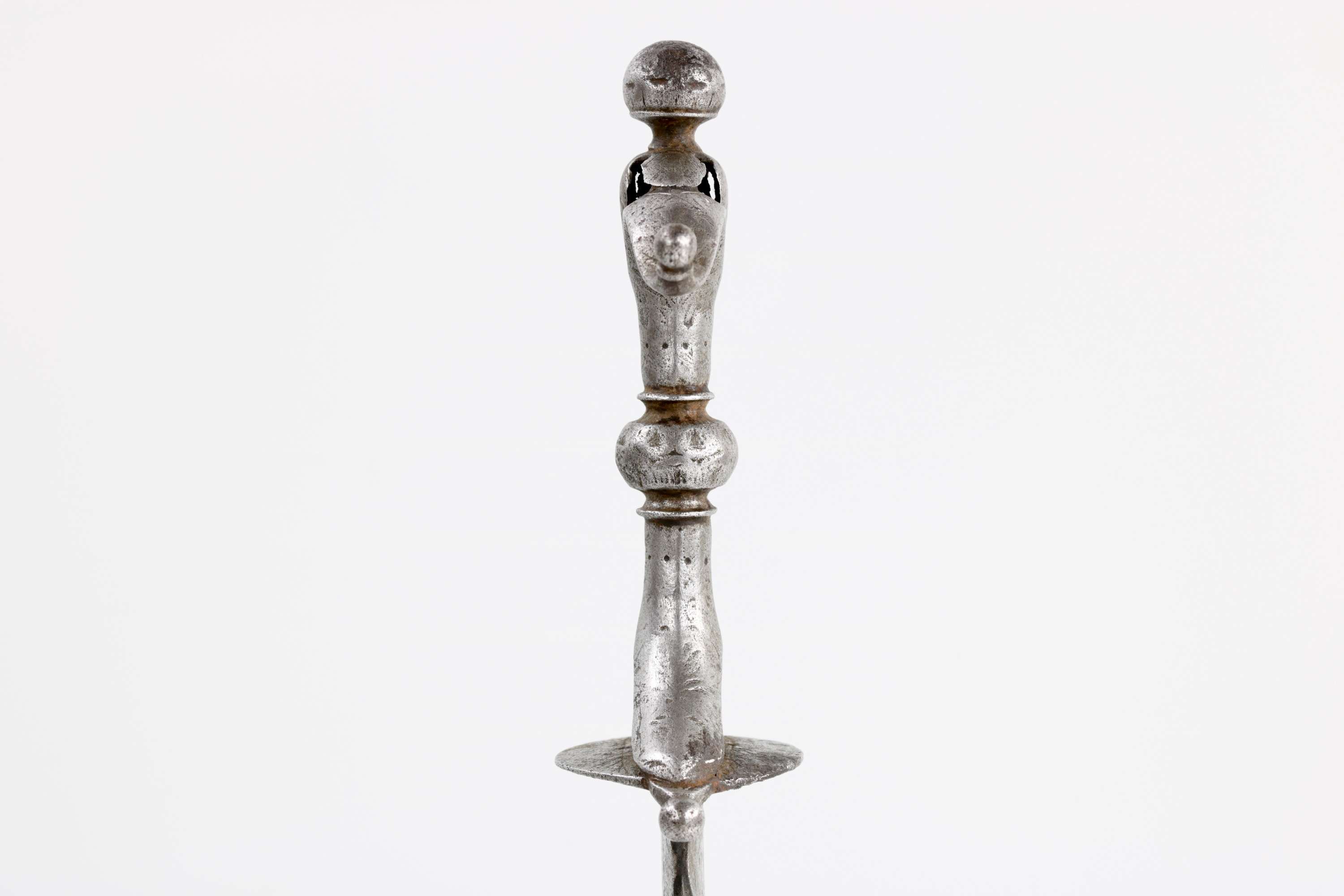 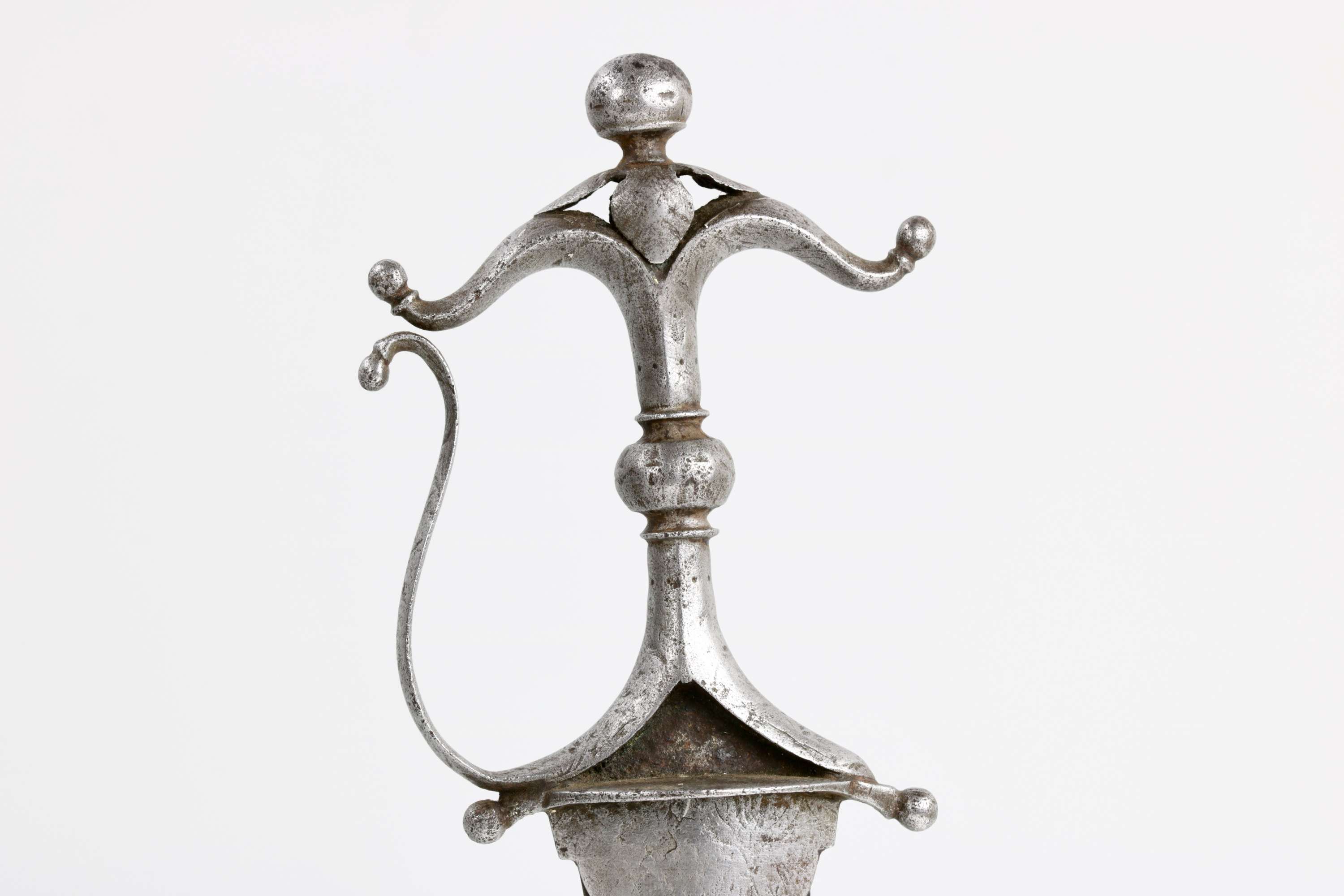 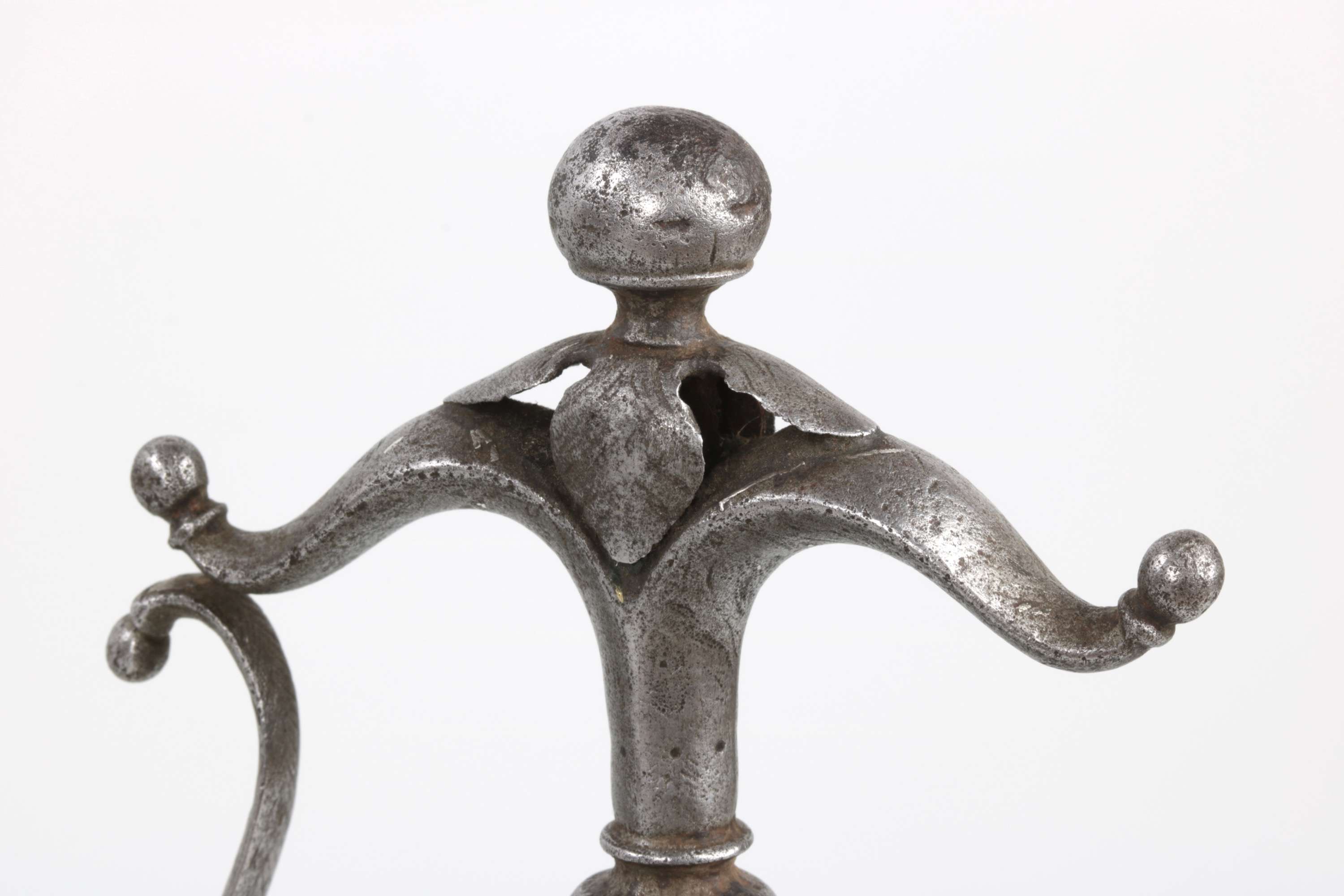 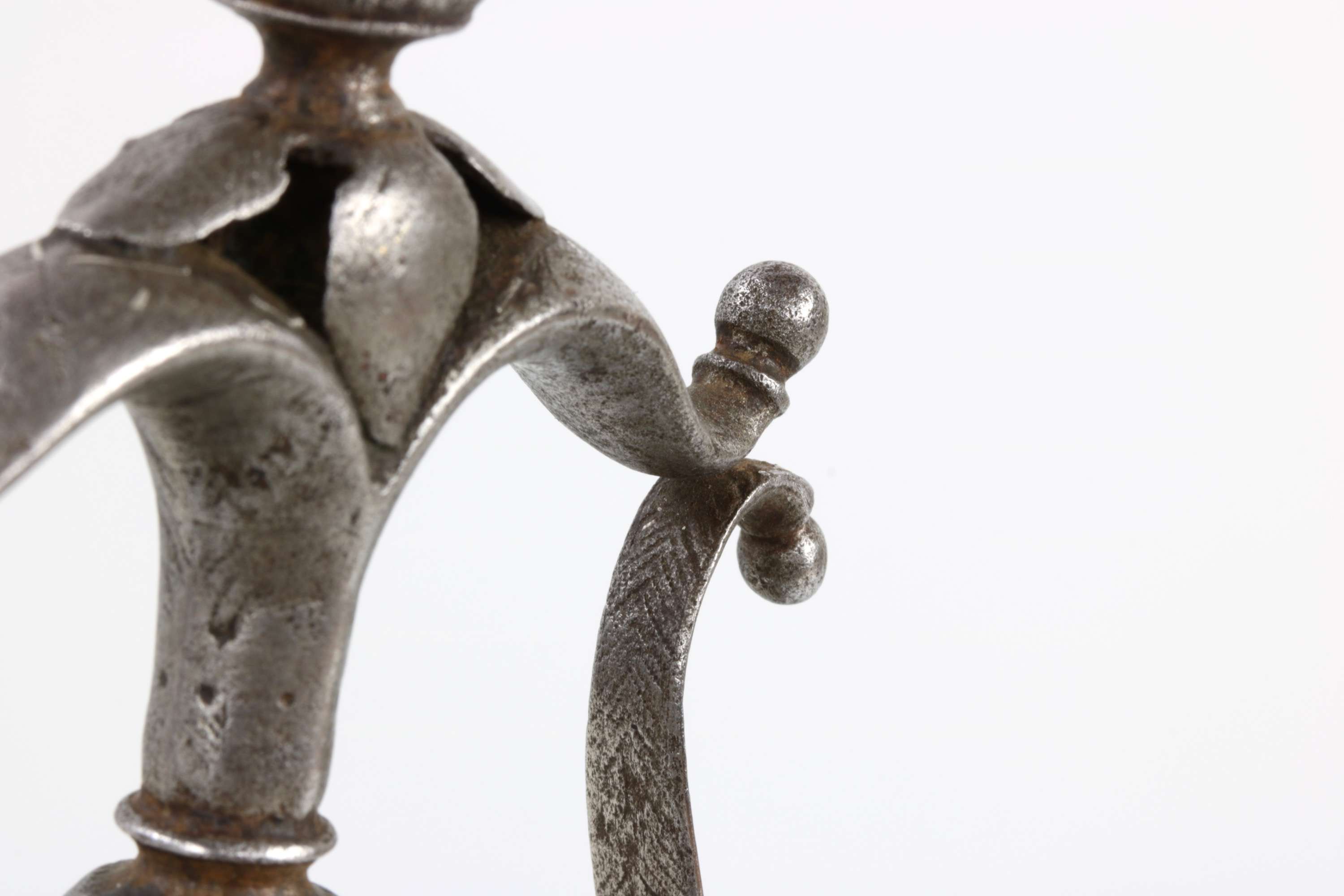 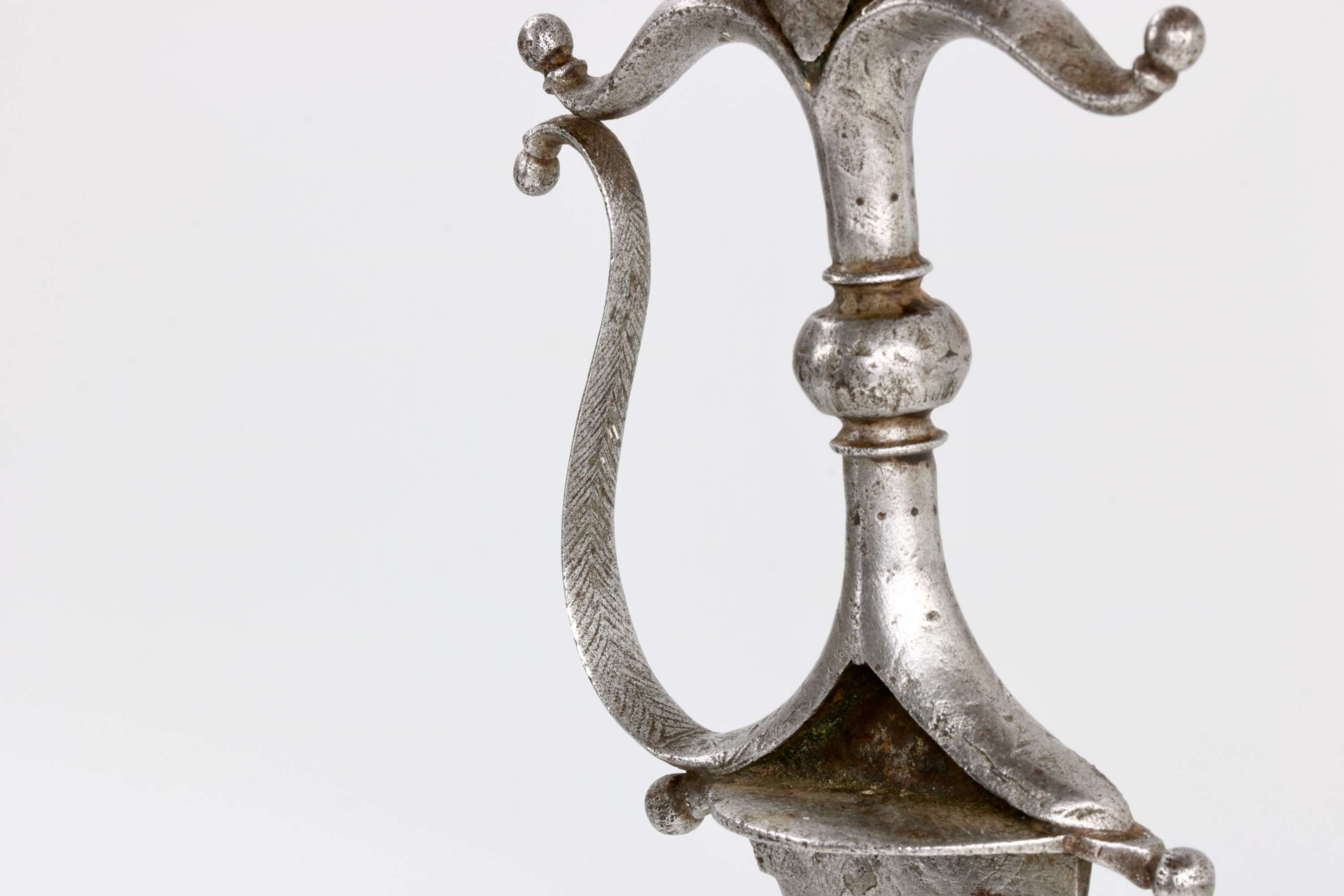 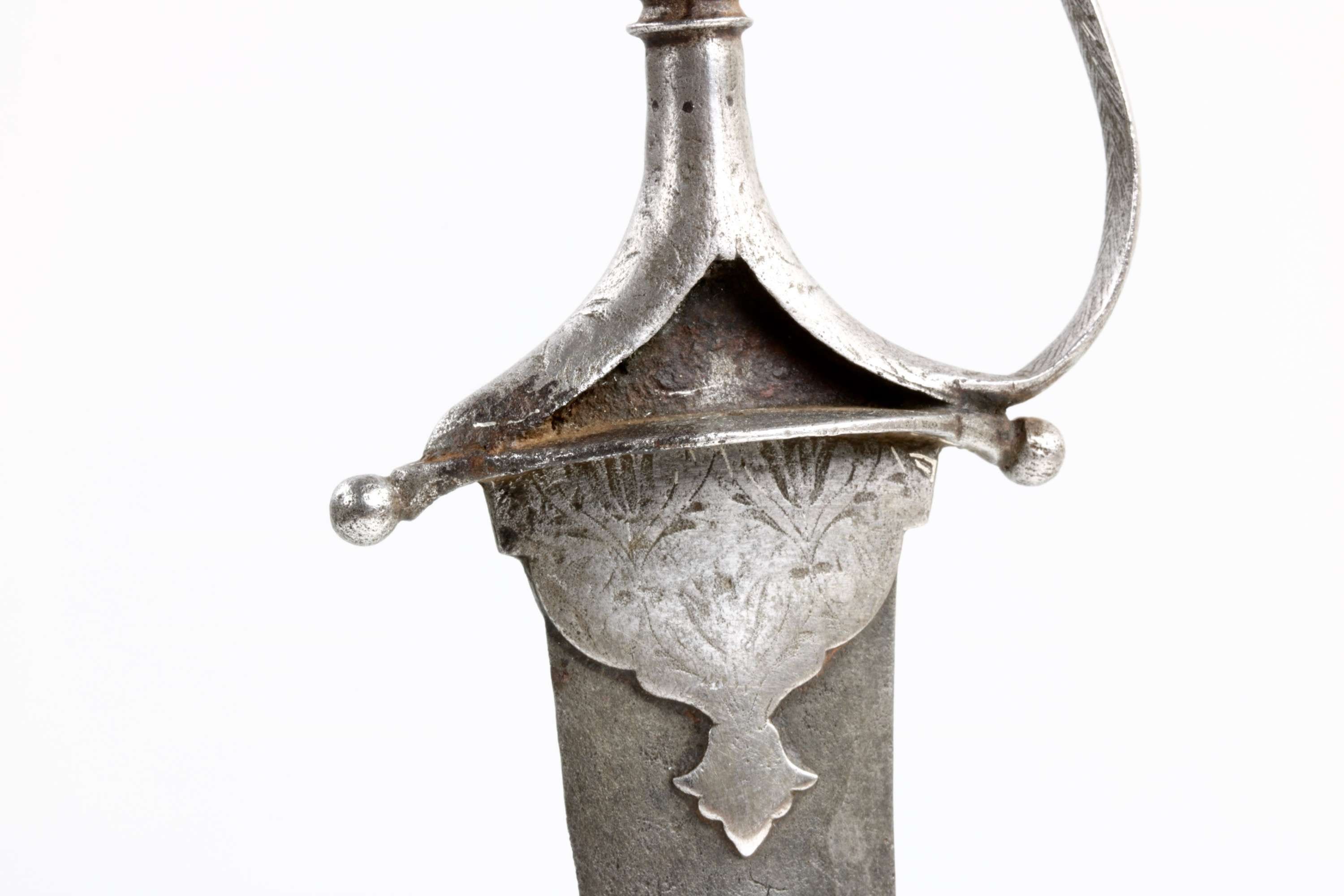 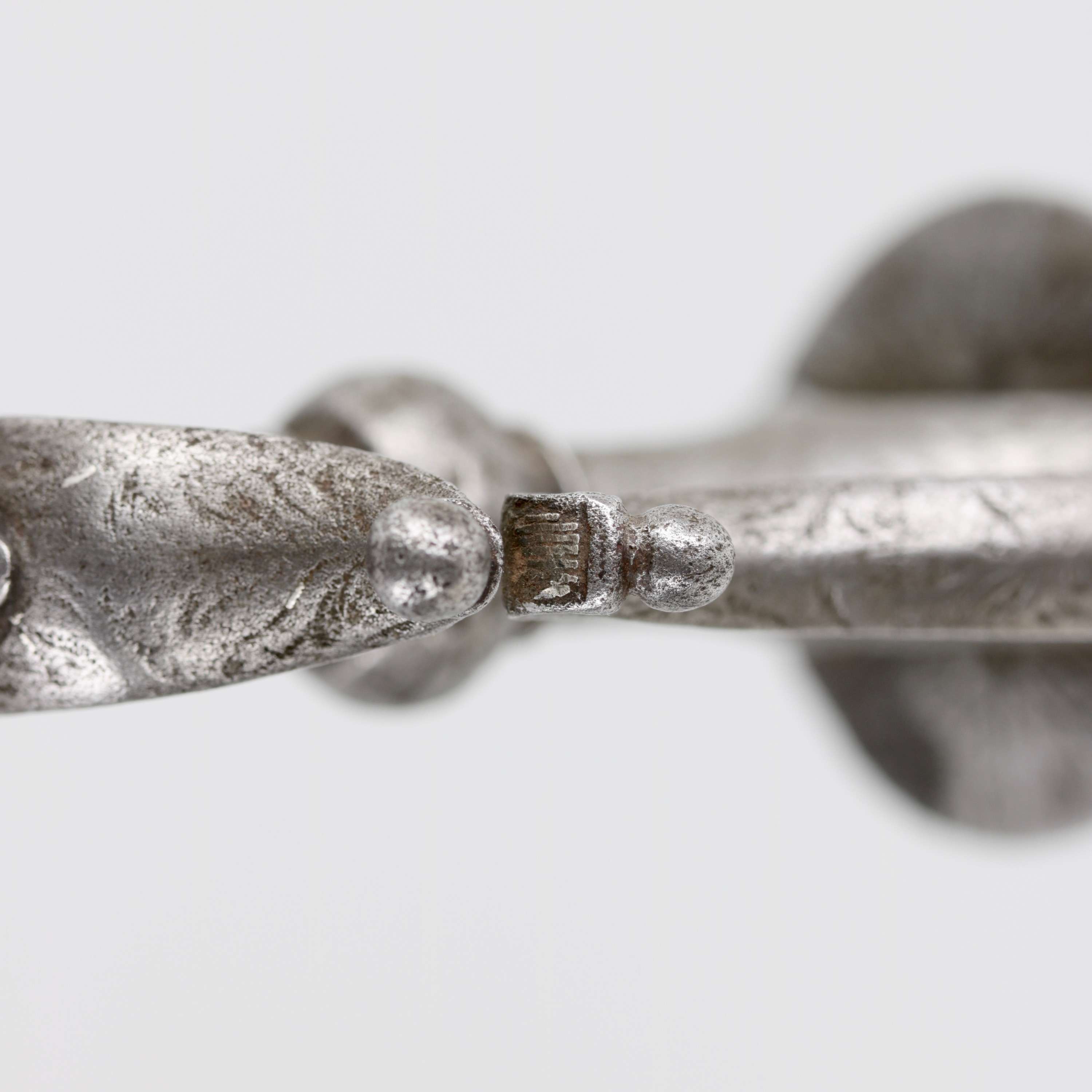 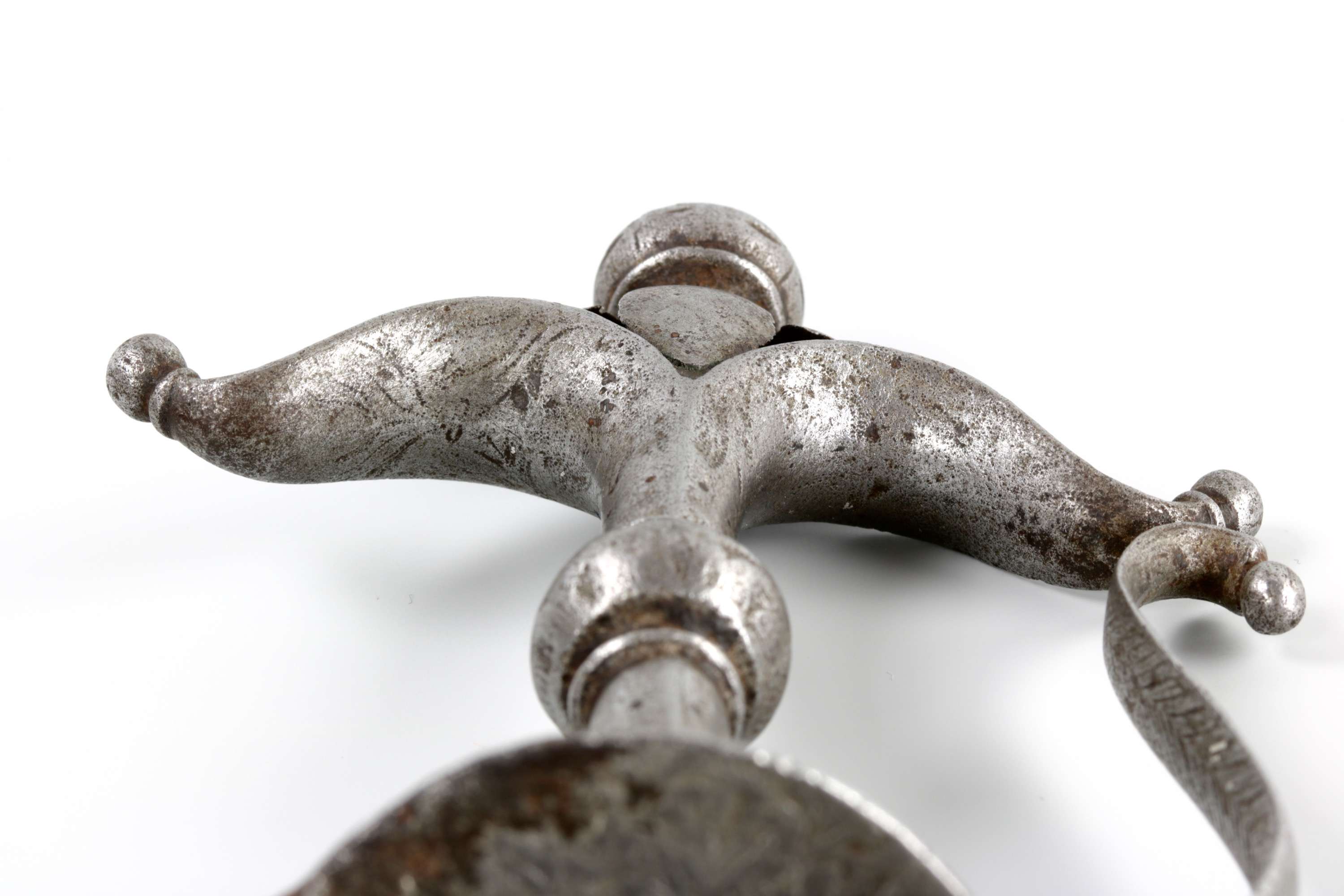 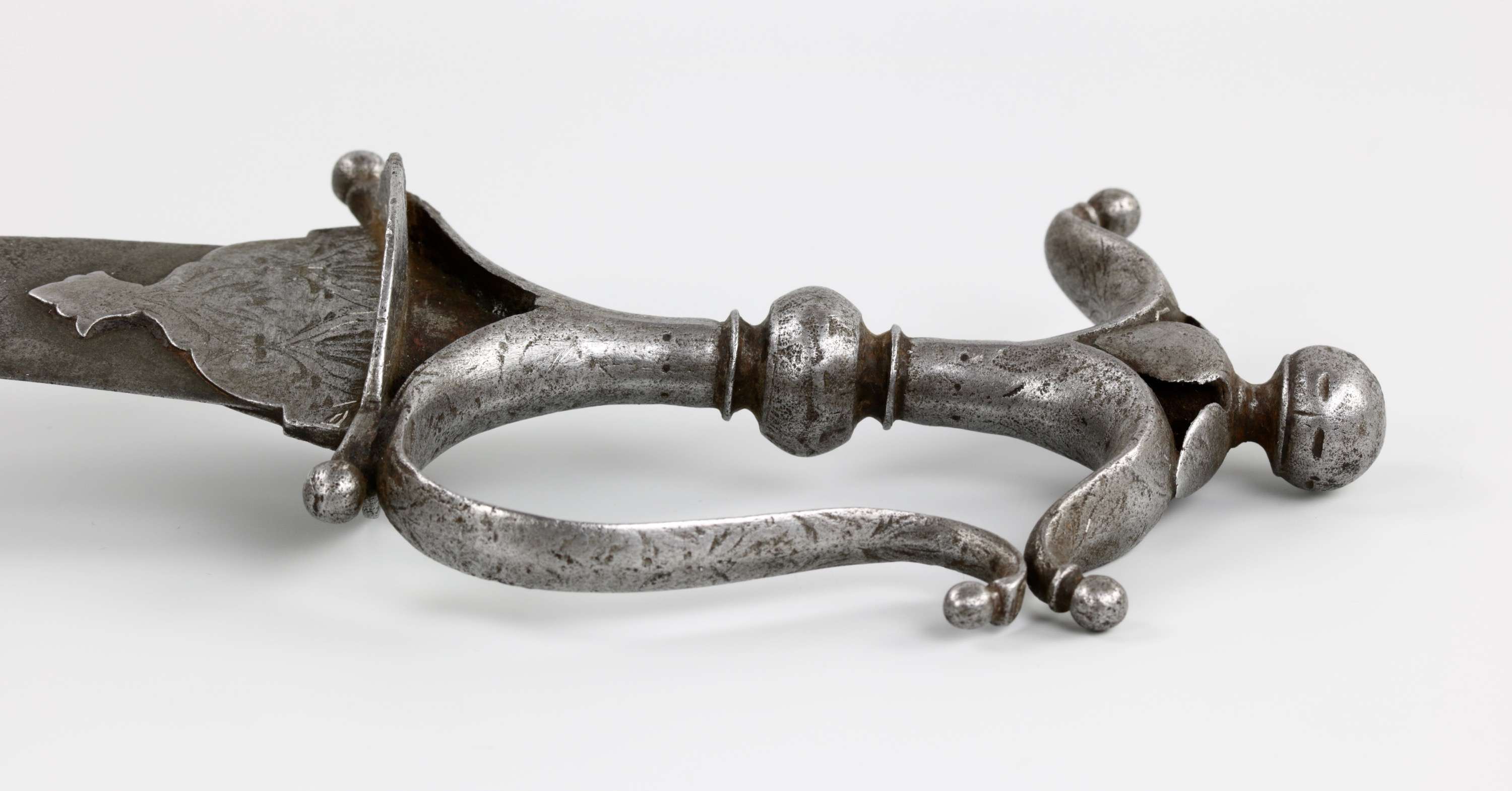 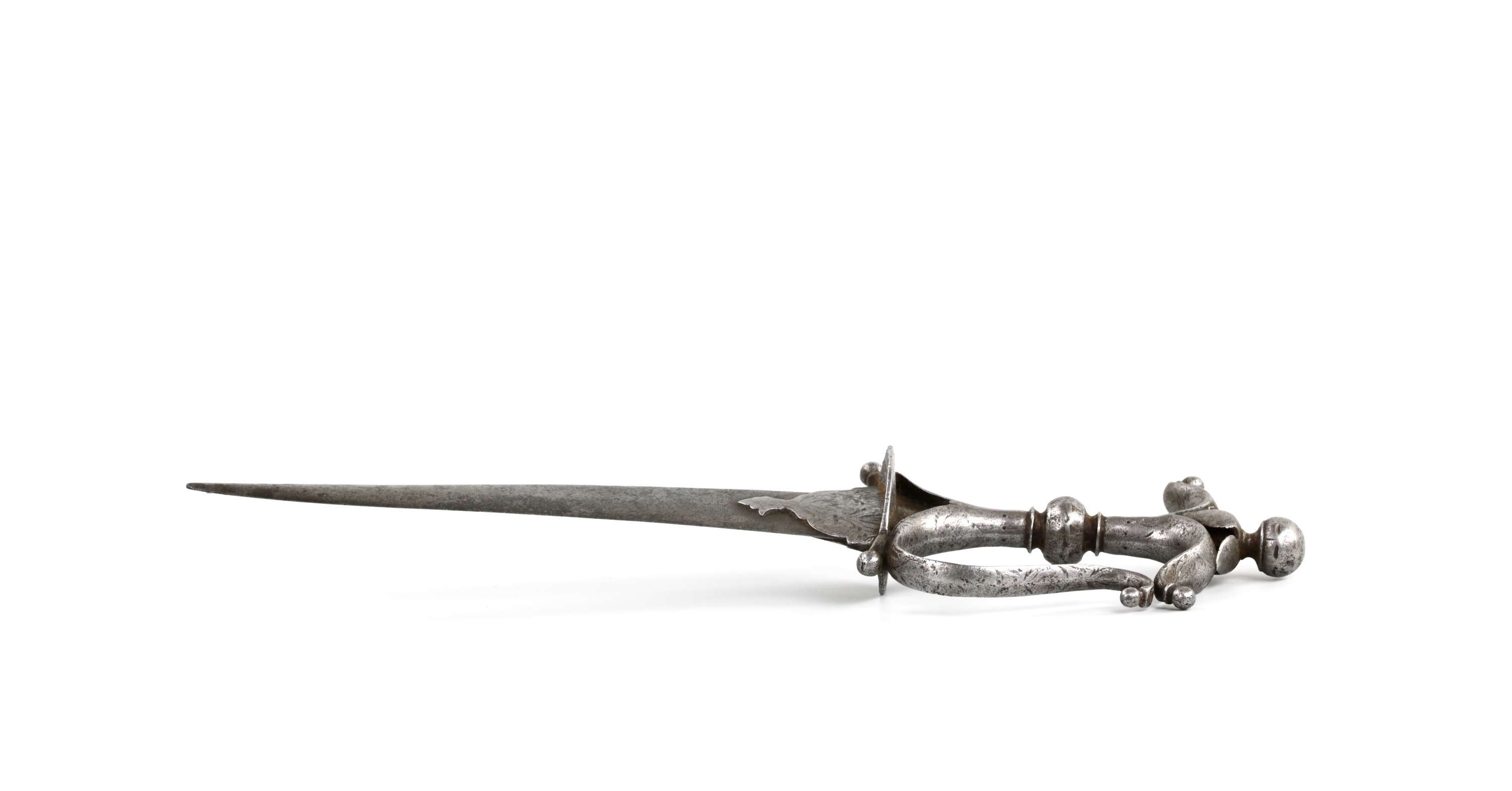 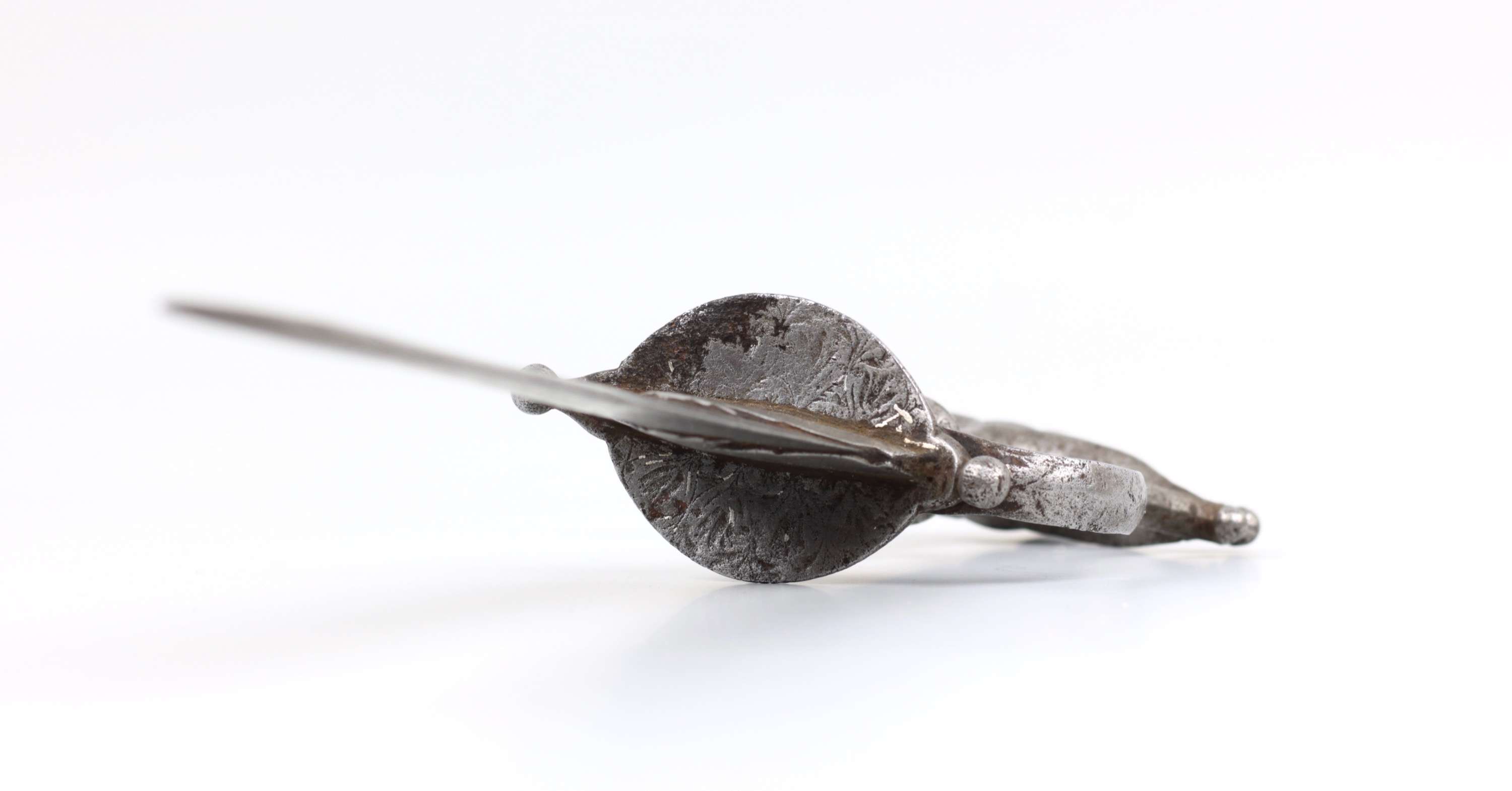 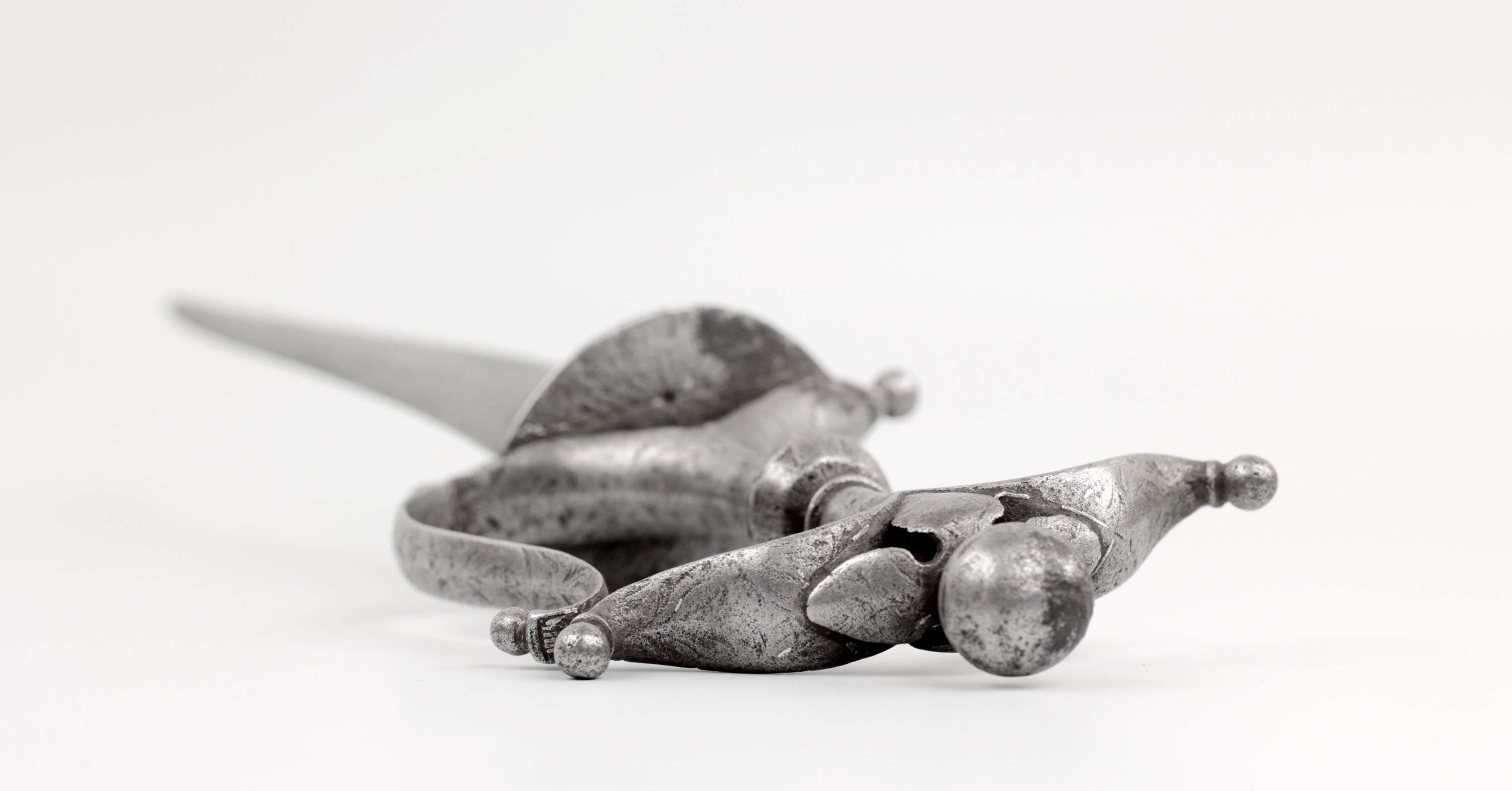 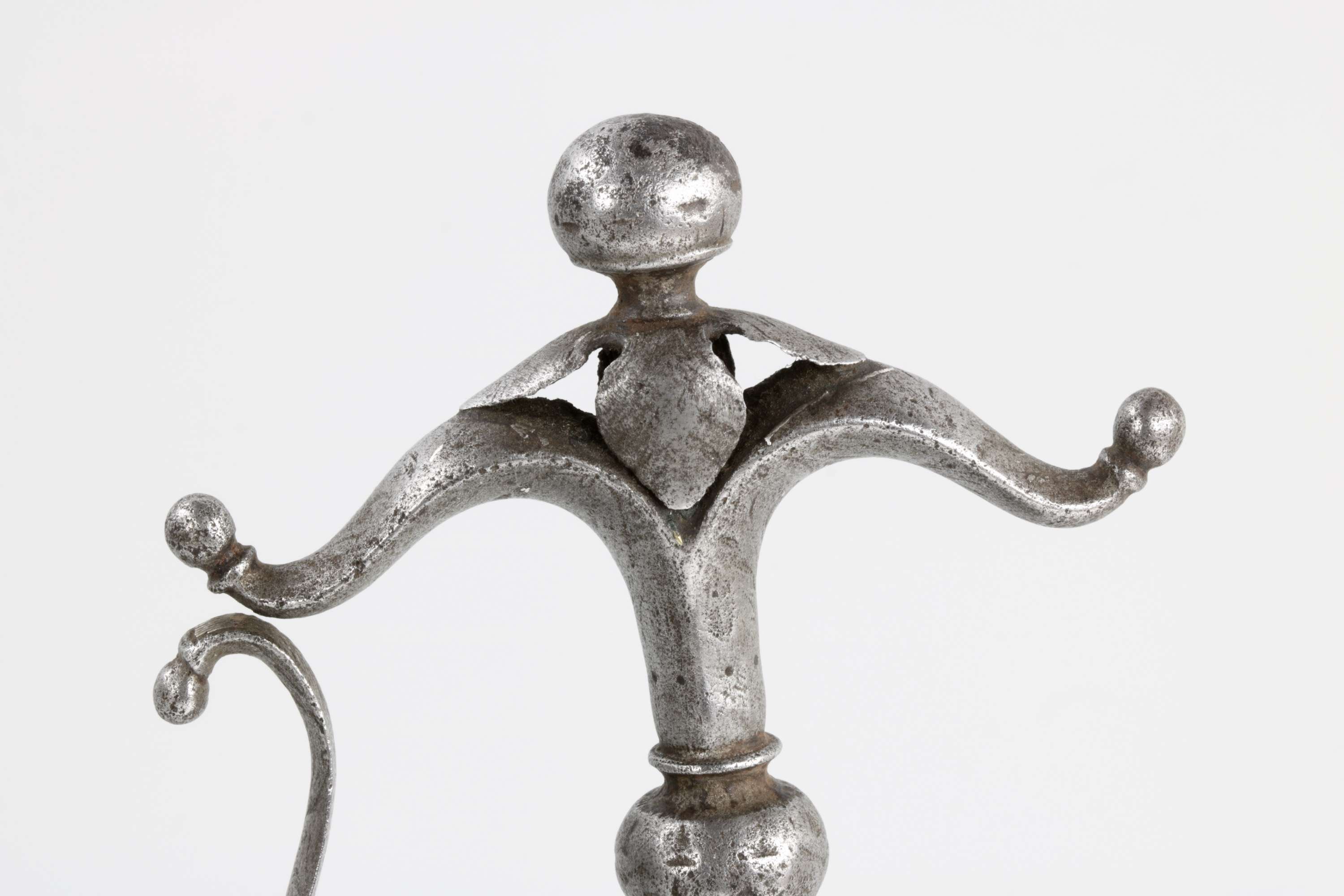 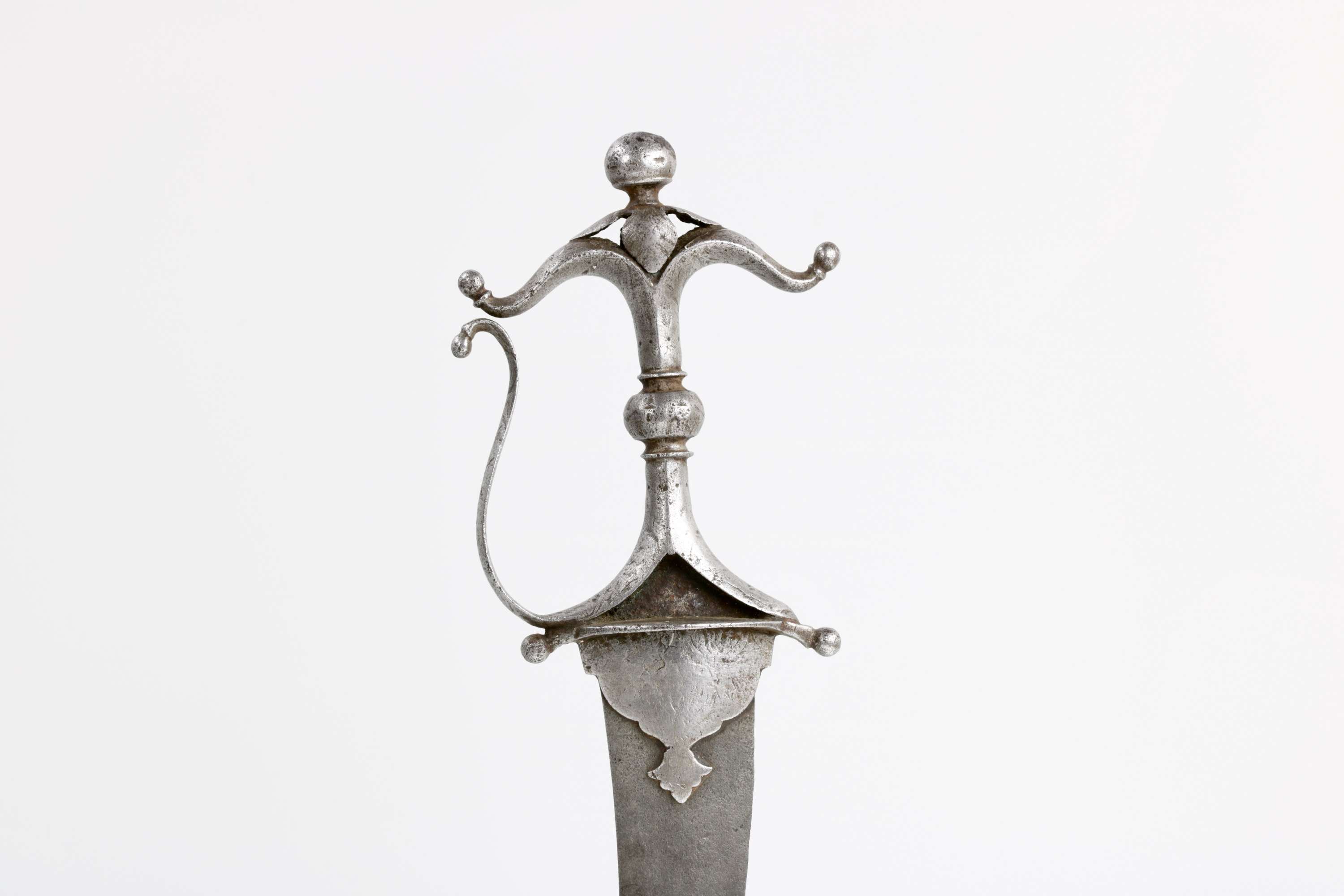