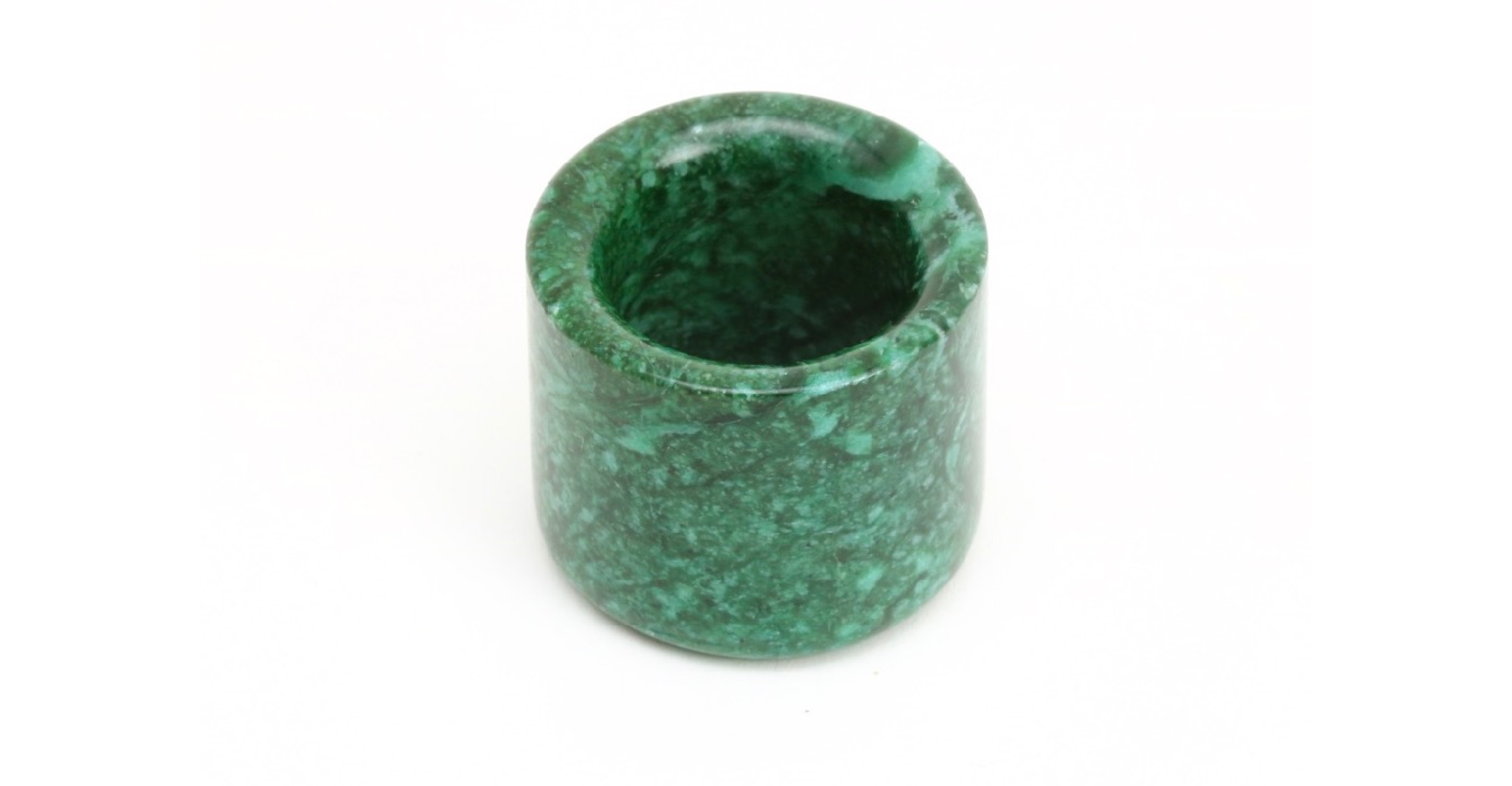 From a Dutch private collection.

The Manchus invaded China from the northeast and replaced the decaying Ming dynasty (1368-1644) for their newly established Qing dynasty (1636-1912). Rather surprisingly, for this time period, is that the bow and arrow played a vital role in this conquest and remained an important weapon during a series of expansions in the next century. Most other notable archery cultures, including Japanese samurai, Mongols, and Ottomans had already switched to a reliance of firearms by this time.

The large Manchu bow was shot from the thumb, like most Asian bows. Most cultures, including the preceding Ming, used primarily teardrop shaped rings, with a lip behind which the string was secured. The Manchus shot their bow with a cylindrical ring instead, where the string rests on the edge of the ring and is retained by a twisting of the wrist.

As an archer in the Manchu style, I can say that the use of such a ring is quite challenging but it does reward one with a very crisp release if done right. Another advantage is that the ring can be worn at all times, and does not need to be properly aligned before shooting.

Looking at antique rings, there is a group of rings with clear signs of use that are made of bone or antler, and which almost always have a dark line in the center. When looking at paintings and portraits of Manchu archers, we always see this type of ring in use, even by the emperor himself.

However, on the antique market, a large variety of rings made of all sorts of (precious) materials, the most prized perhaps are those made of fine white jade. The slippery nature of stone makes these rings a little less practical in use. These rings were not so much for use, as they were made to be worn as a jewel.

They were a symbol of belonging to the ruling elite and its warrior class, made up of Manchus, Mongols and Chinese Martial from the Eight Banners, such men were also known as "Bannermen". It effectively communicated: I am an archer, and I am wealthy. 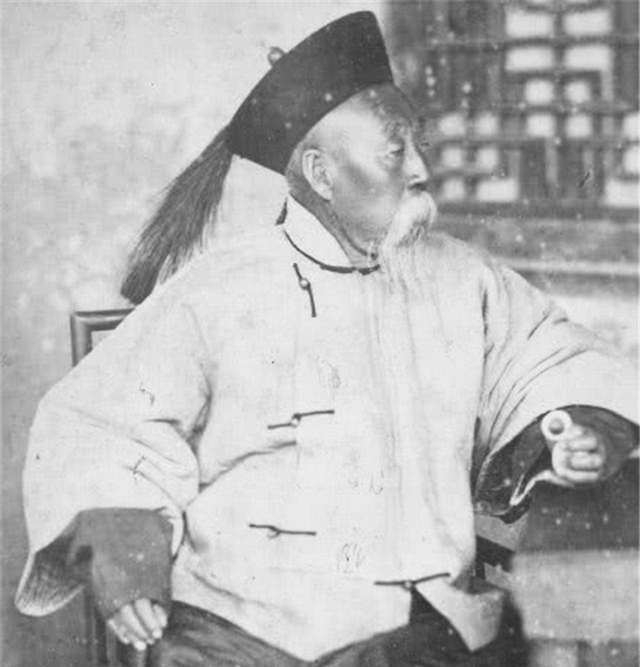 A Manchu wearing his thumb ring.
Unknown photographer. Circa 1874.

A large Manchu style thumb ring, carved from a single piece of malachite. Malachite, called kǒngquèshí (孔雀石) "peacock stone") or shílǜ (石綠) "stone green" was known and prized in China since at least the Han dynasty and the older term lánggān (琅玕) may also be an early reference to the material.

The ring is slightly oversized with thick walls, something commonly seen on these jewel-grade thumb rings that were more for showing off one's elevated status rather than shooting.

Of classic form, with a rounder bottom edge and a concavity in the upper section to accomodate the slight bend in the thumb that keeps these in place during use.

Surfaces are nice and smooth, with only very minor scratches, and damage so small it can hardly be seen, but can be felt with the nail.

Over the course of some 15 years I have seen three Chinese trousse sets with malachite scabbards or grips, and about four thumb rings this material, so they are quite rare. A nice example of rare a jewel-grade Manchu thumb ring of the Qing dynasty, carved from malachite. 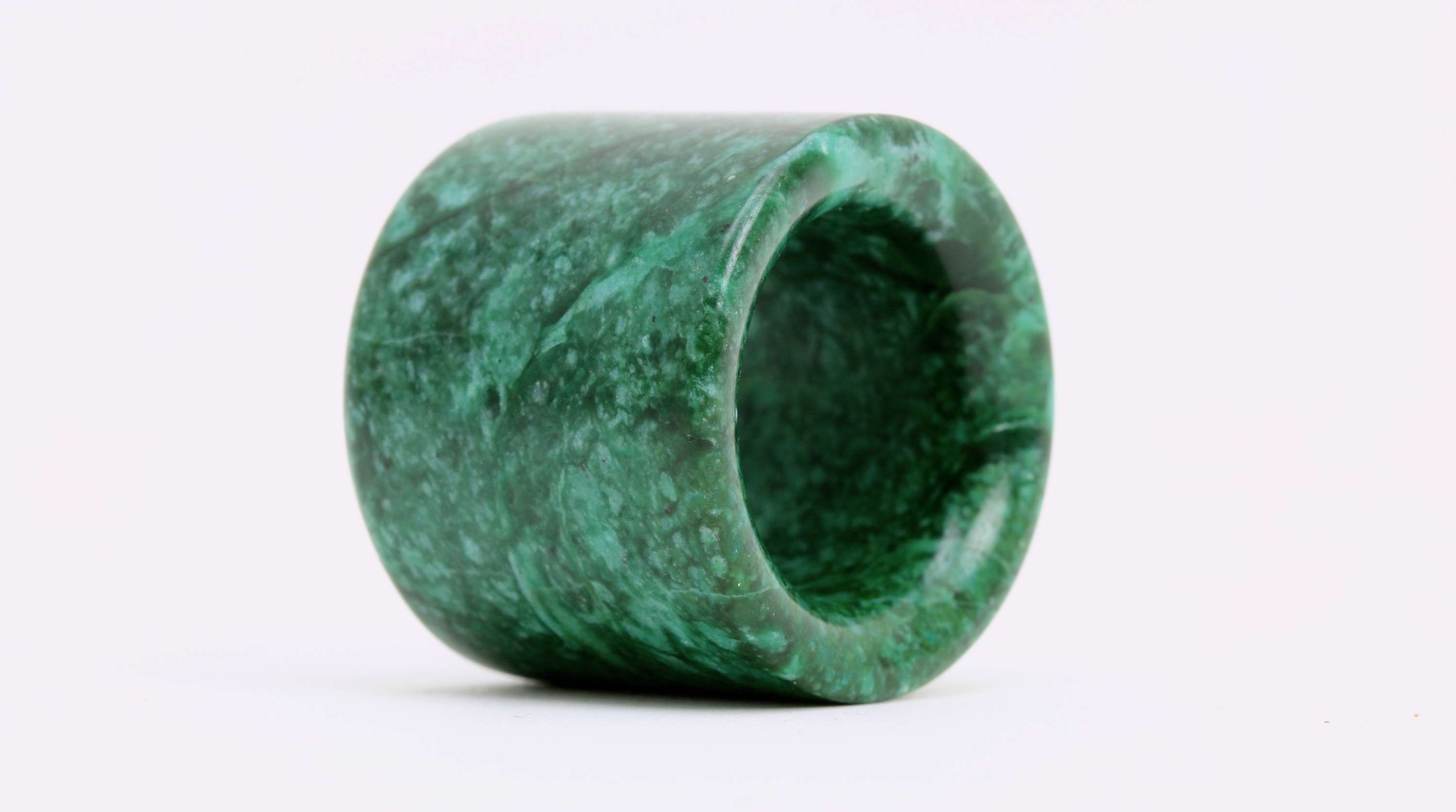 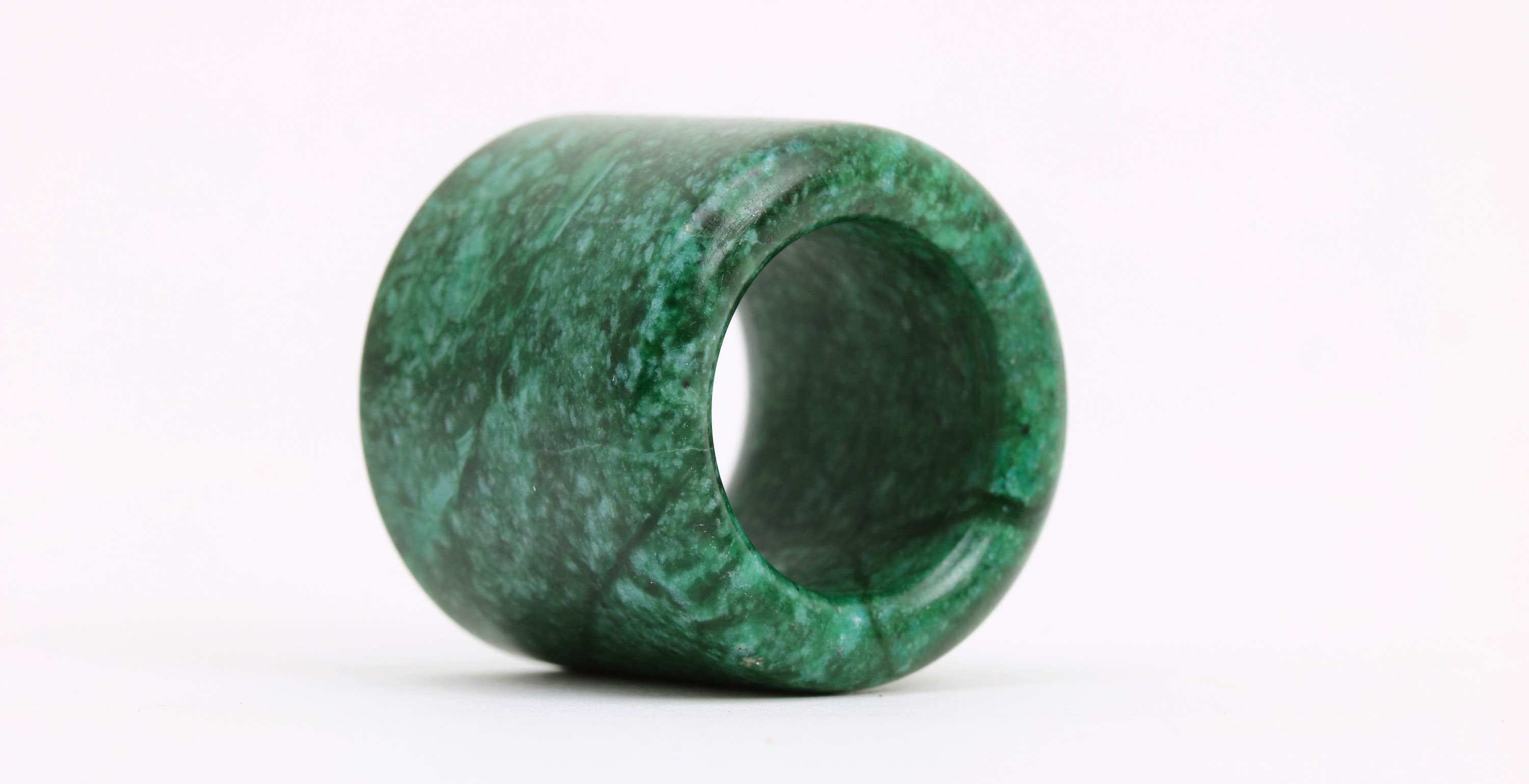 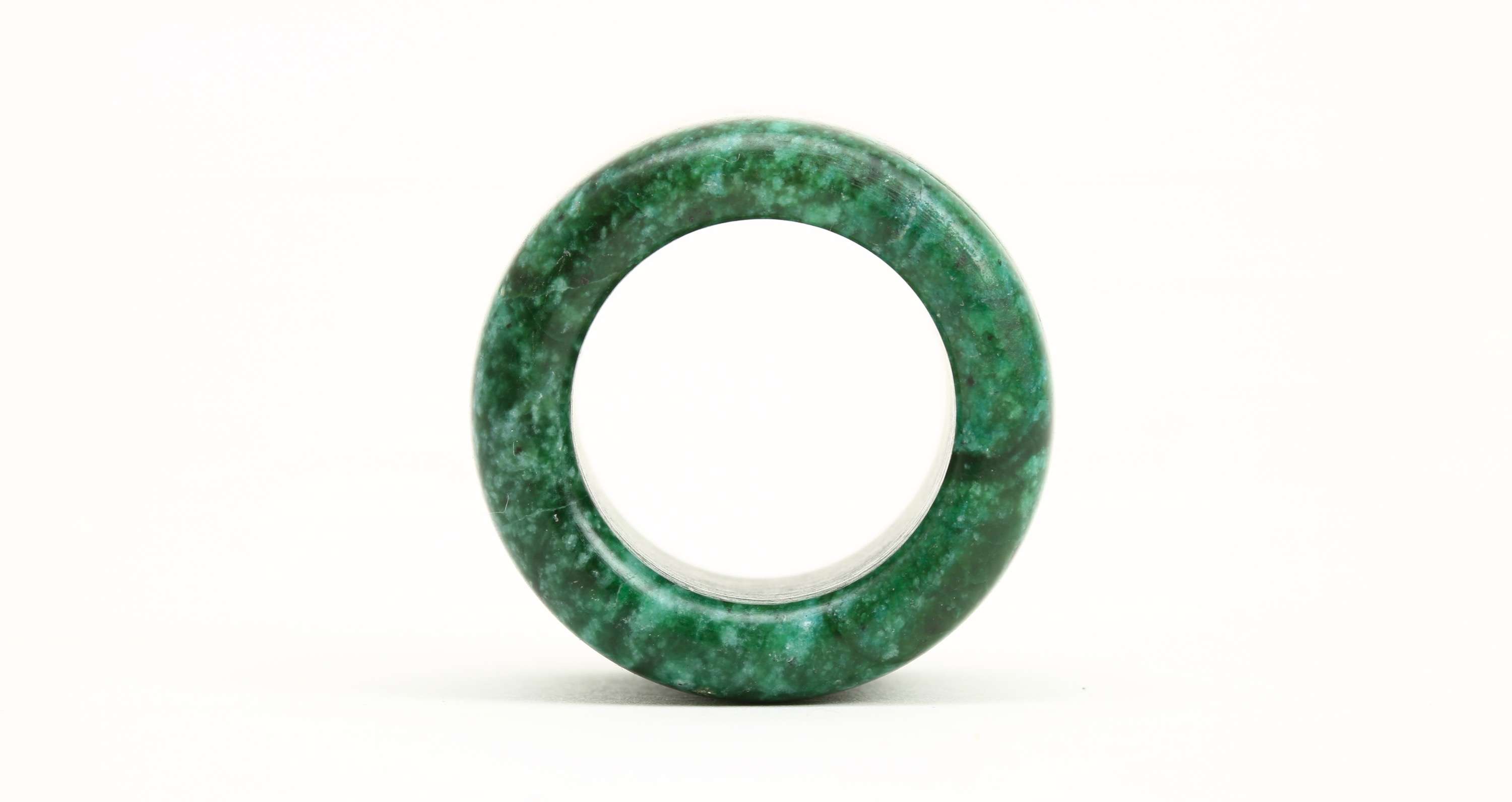 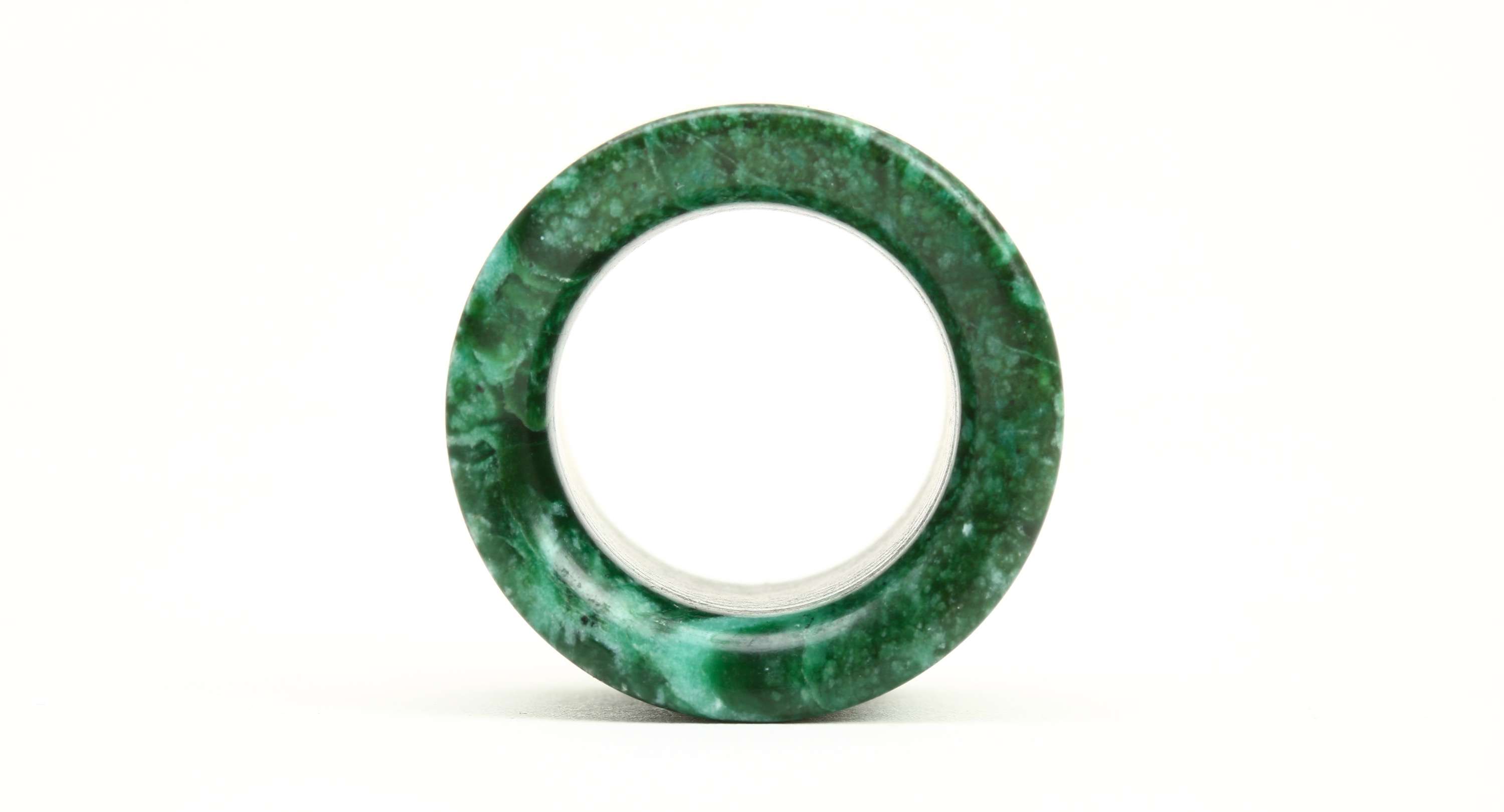 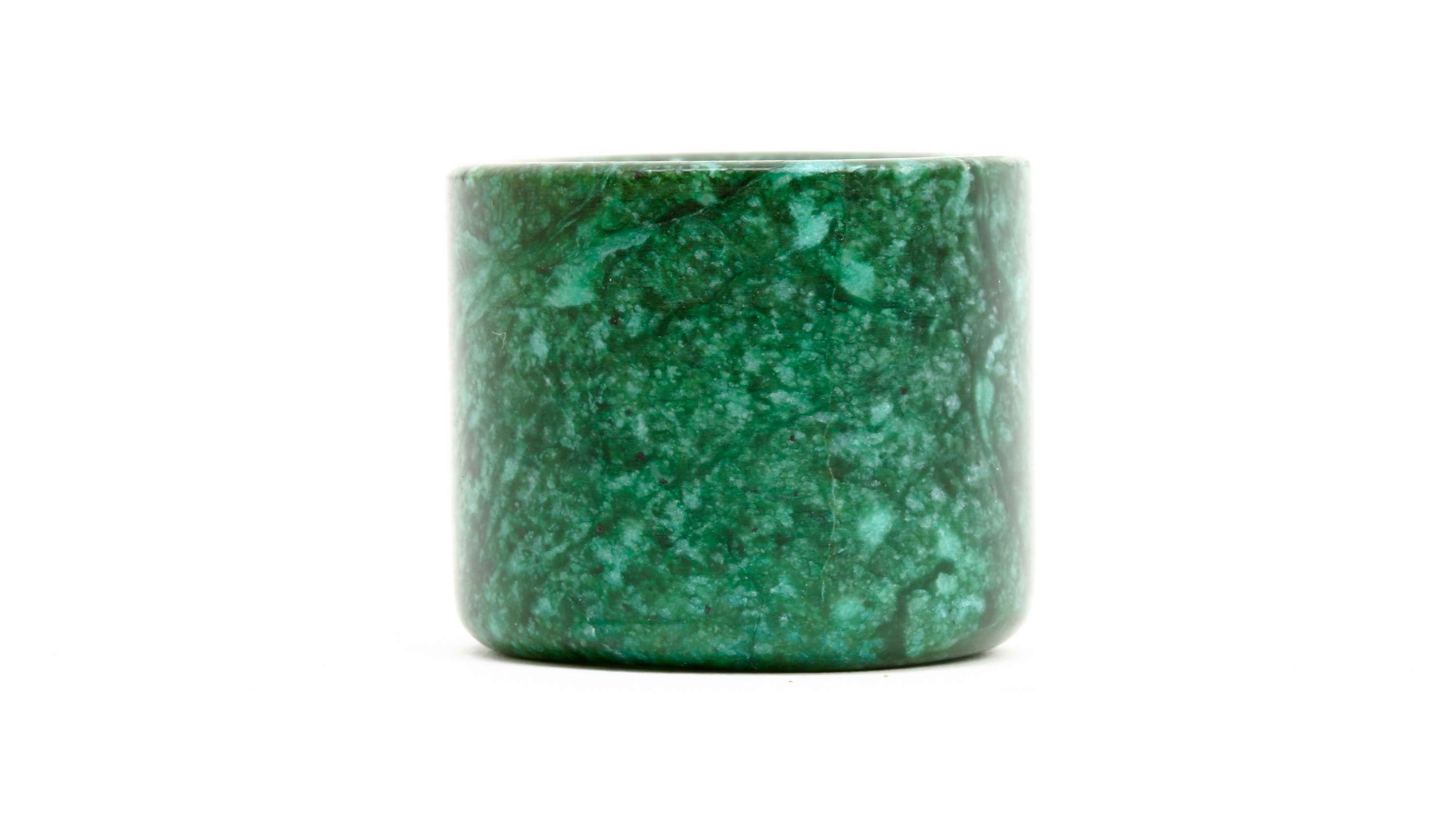 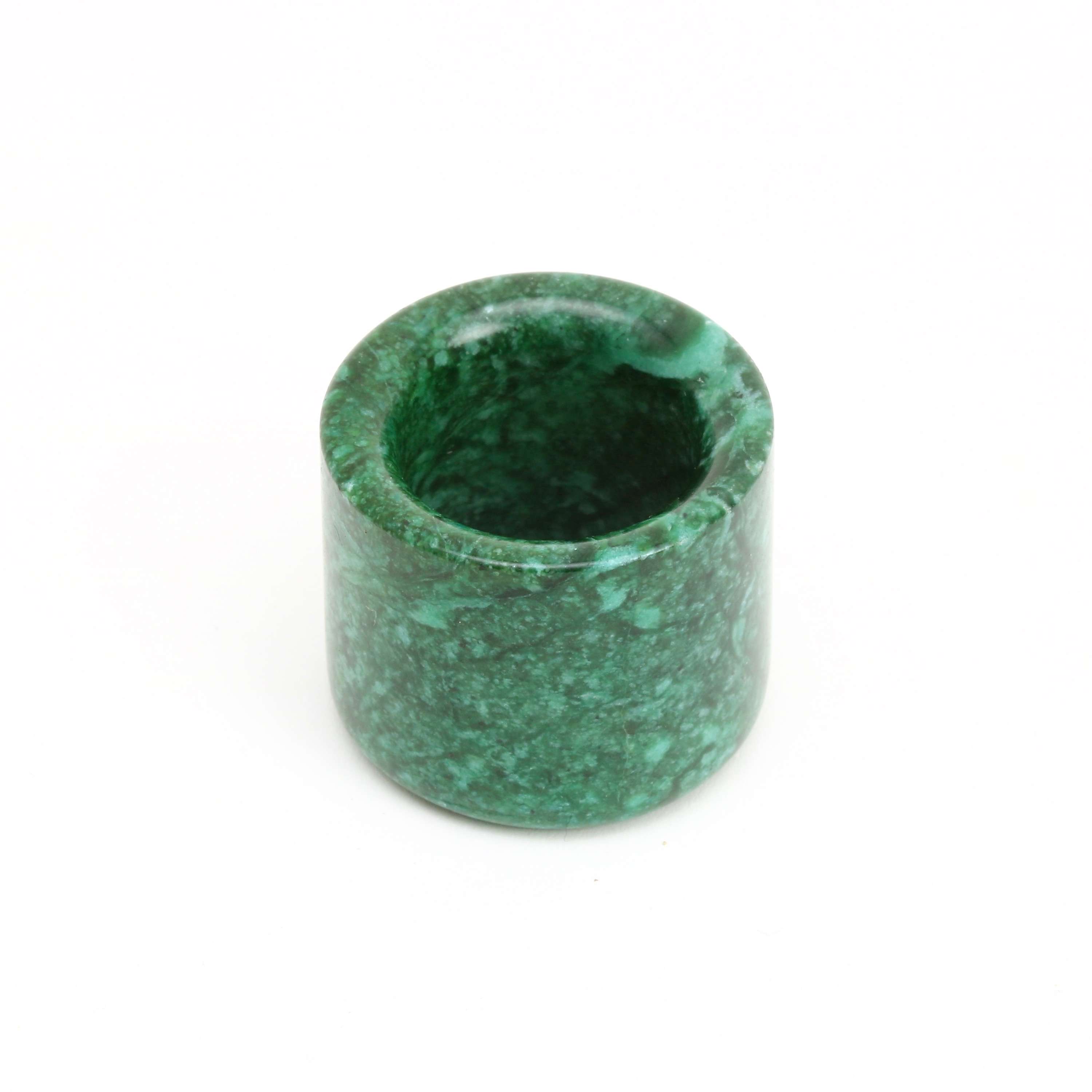