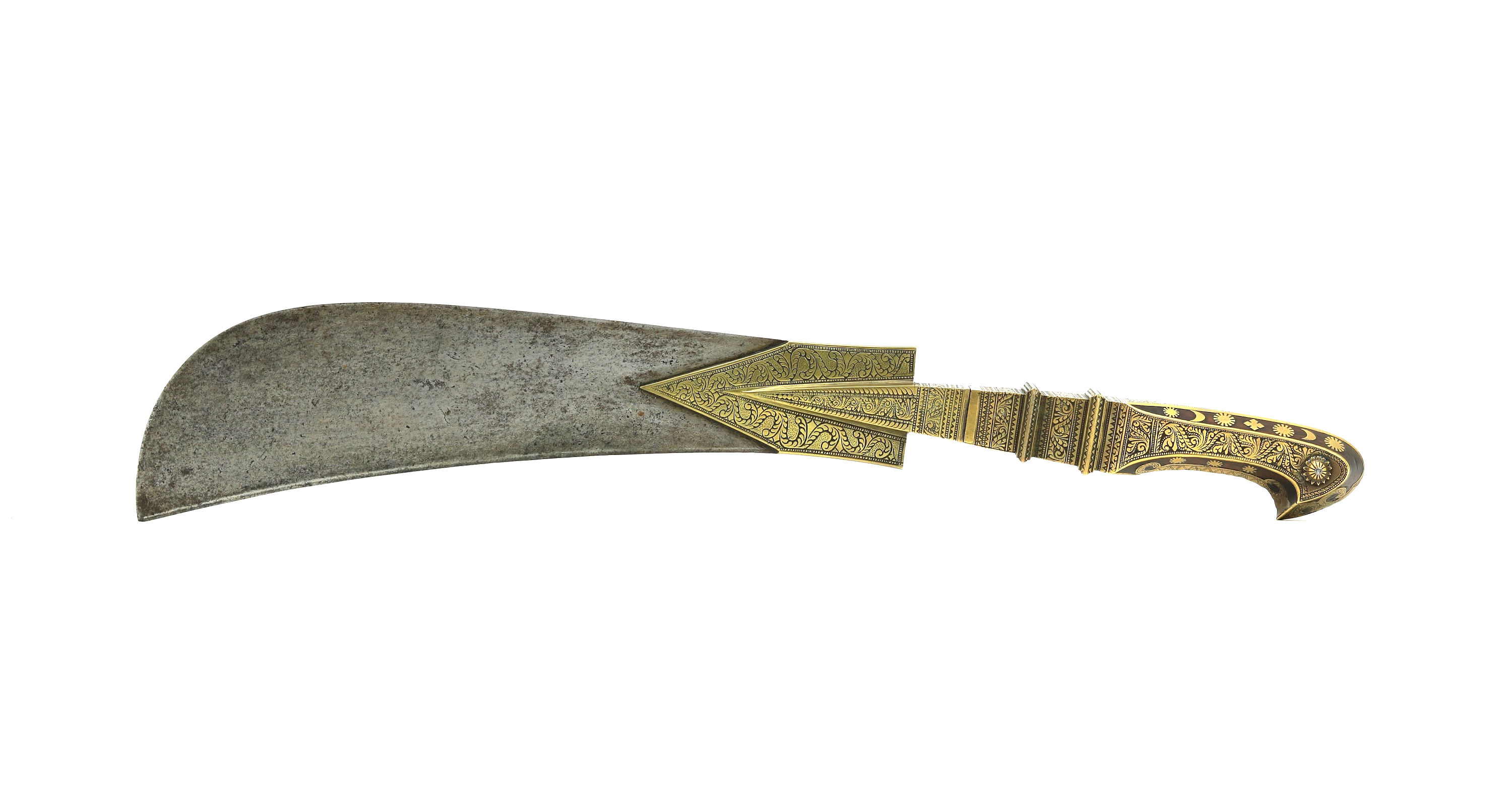 Ahead of langets 2 mm

The Moplah sword originates from the Malabar Coast in South India. It was named after the Muslim communities of the same name, also known as the Moors of Malabar, today more commonly described as Mappila. They are thought to have descended from Arab spice traders that settled in the area as early as the 7th century A.D.
Moplah swords are characterized by having wide, forward curving blades with a concave edge. Some of them are double-edged. Their decoration is typically a blend of Islamic and local South Indian motifs.

A nice and unusual example of a rather rare type of sword. It has a rather wide, single edge blade with a concave edge. The blade is held between thick plates of brass on a triangular, square cross-section base. Four plates covering the base are held together by two washers, a third one is missing. 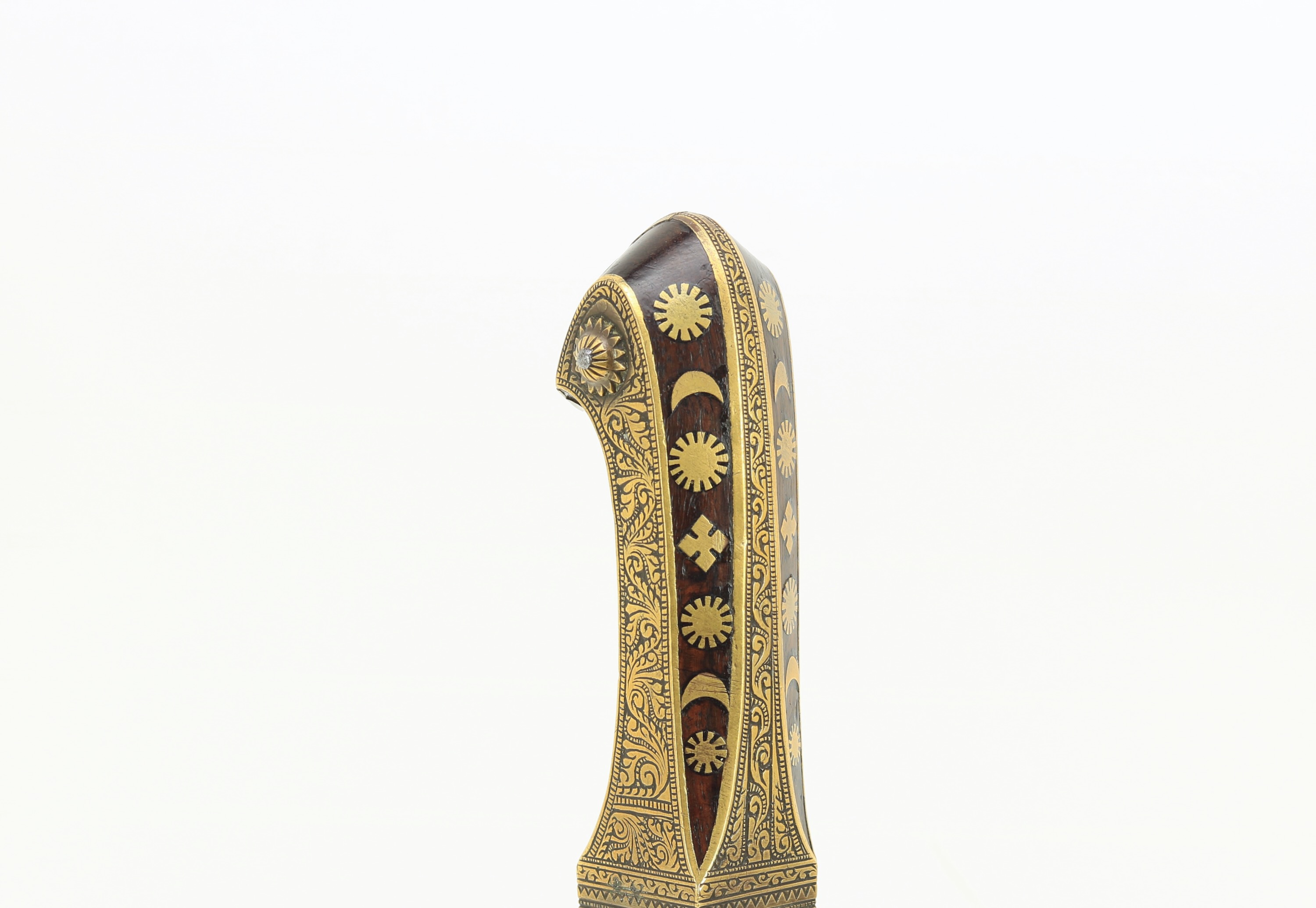 The reddish hardwood grip is adorned with brass sheets and brass inlays of stars and crescent moons.
All the brass plates are finely engraved with meandering, stylized floral motifs. 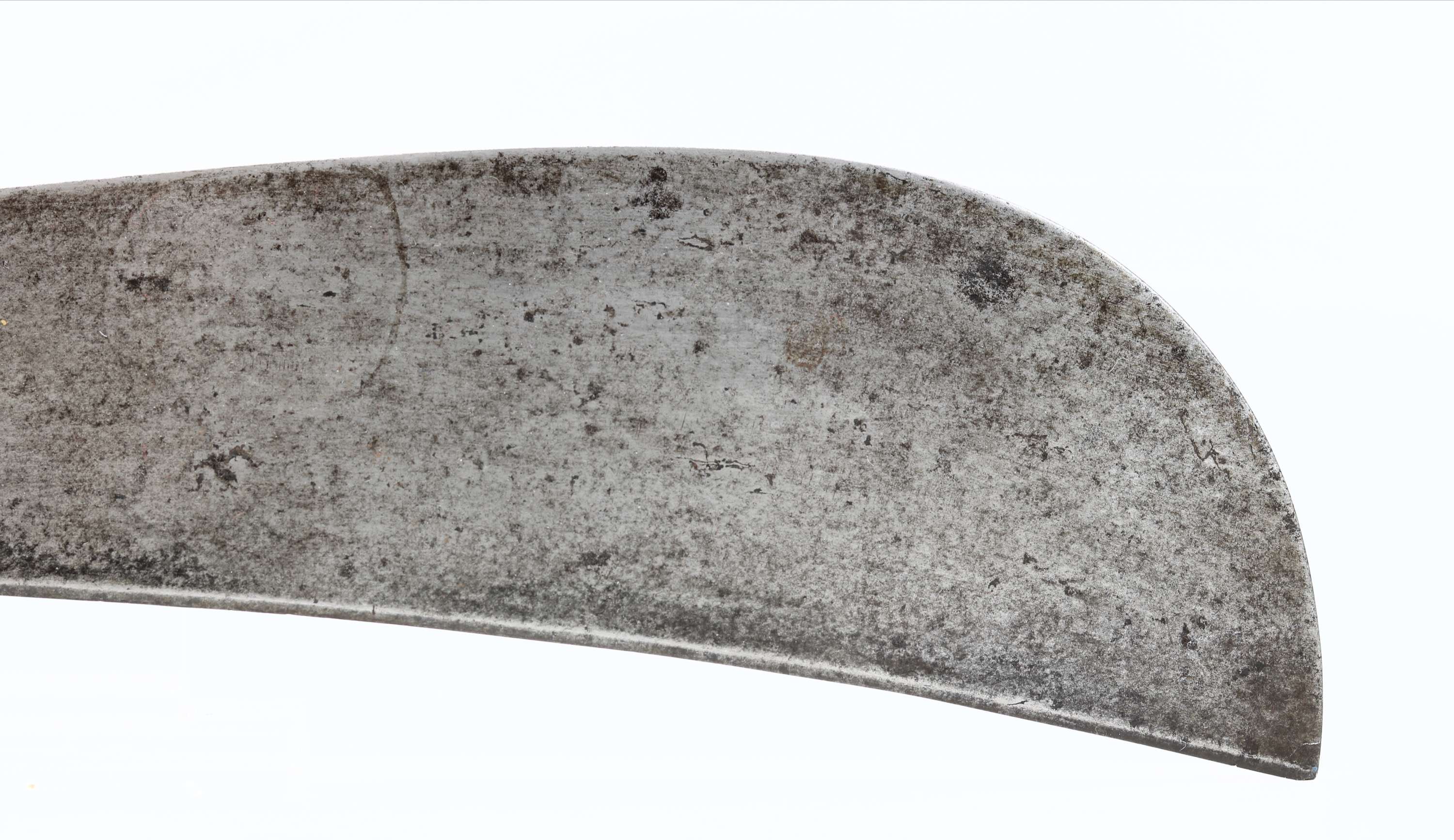 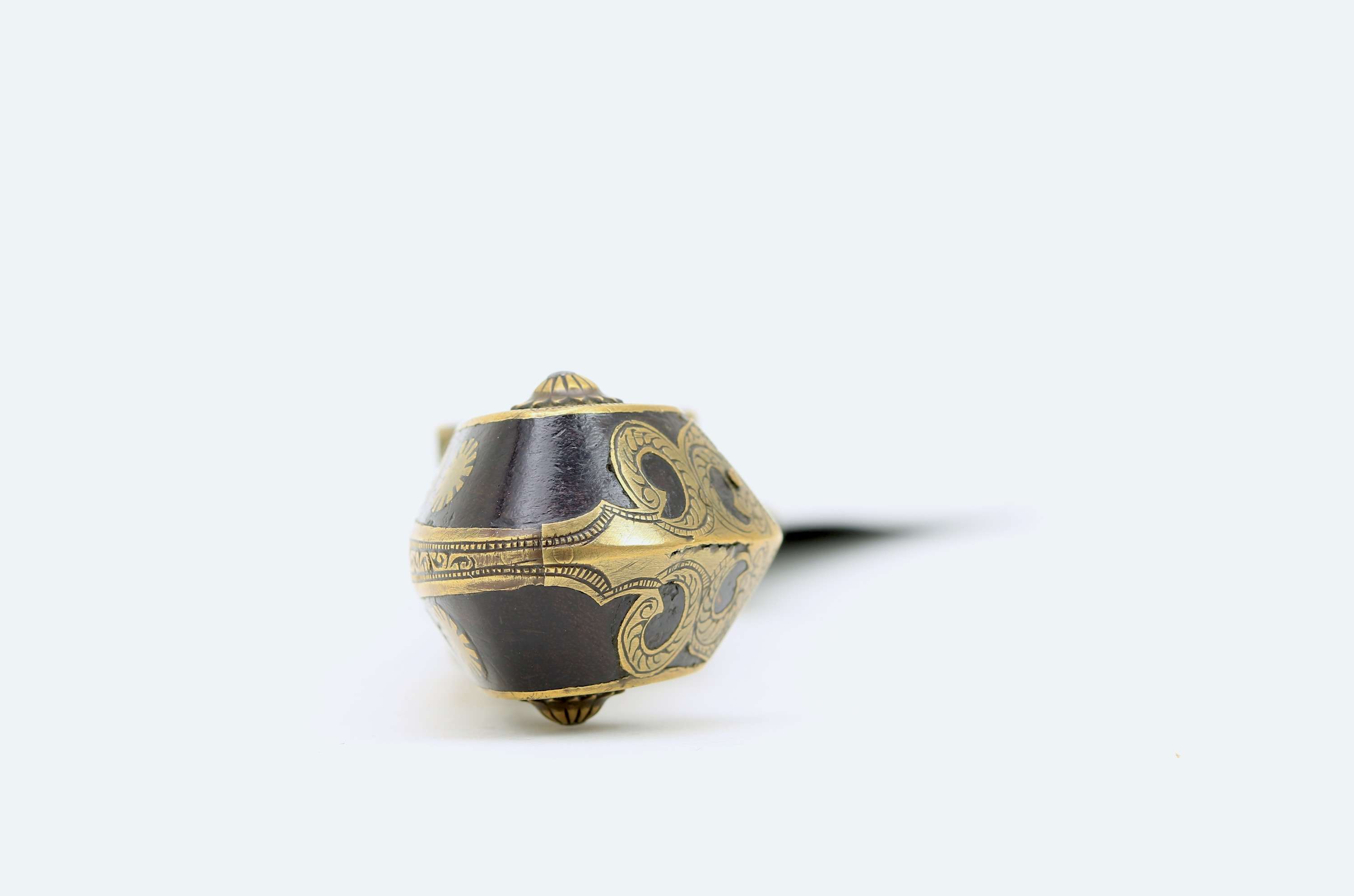 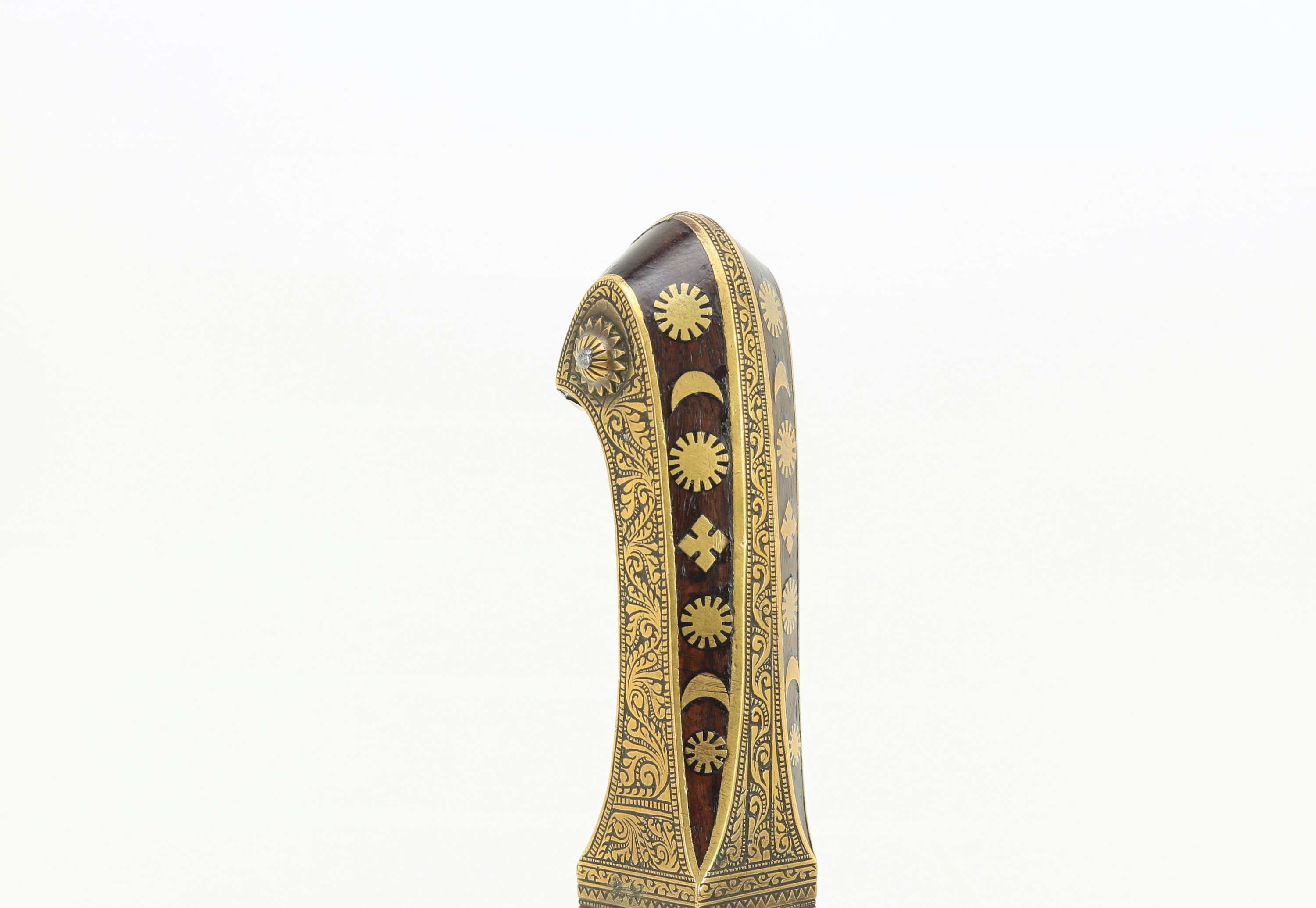 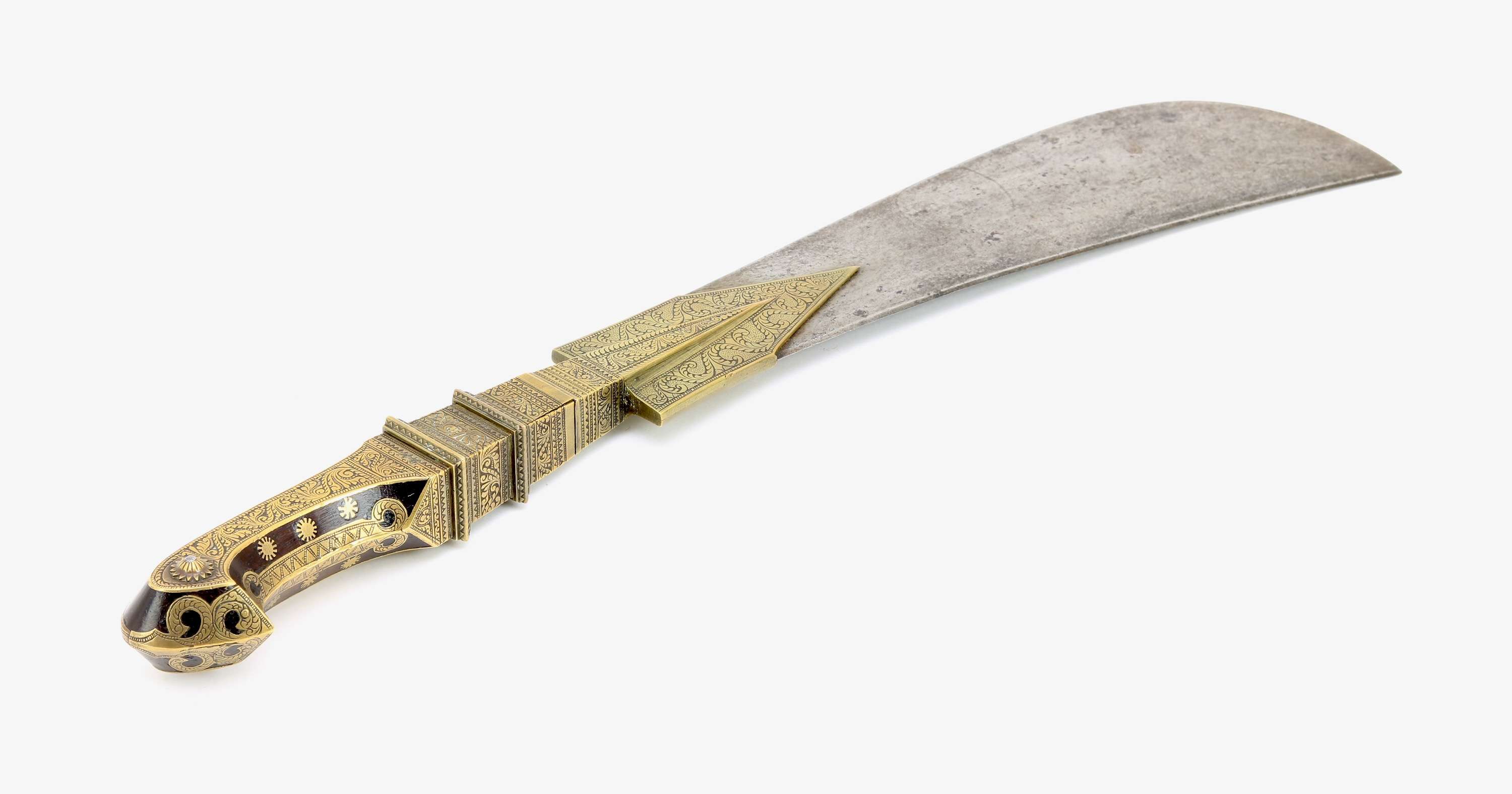