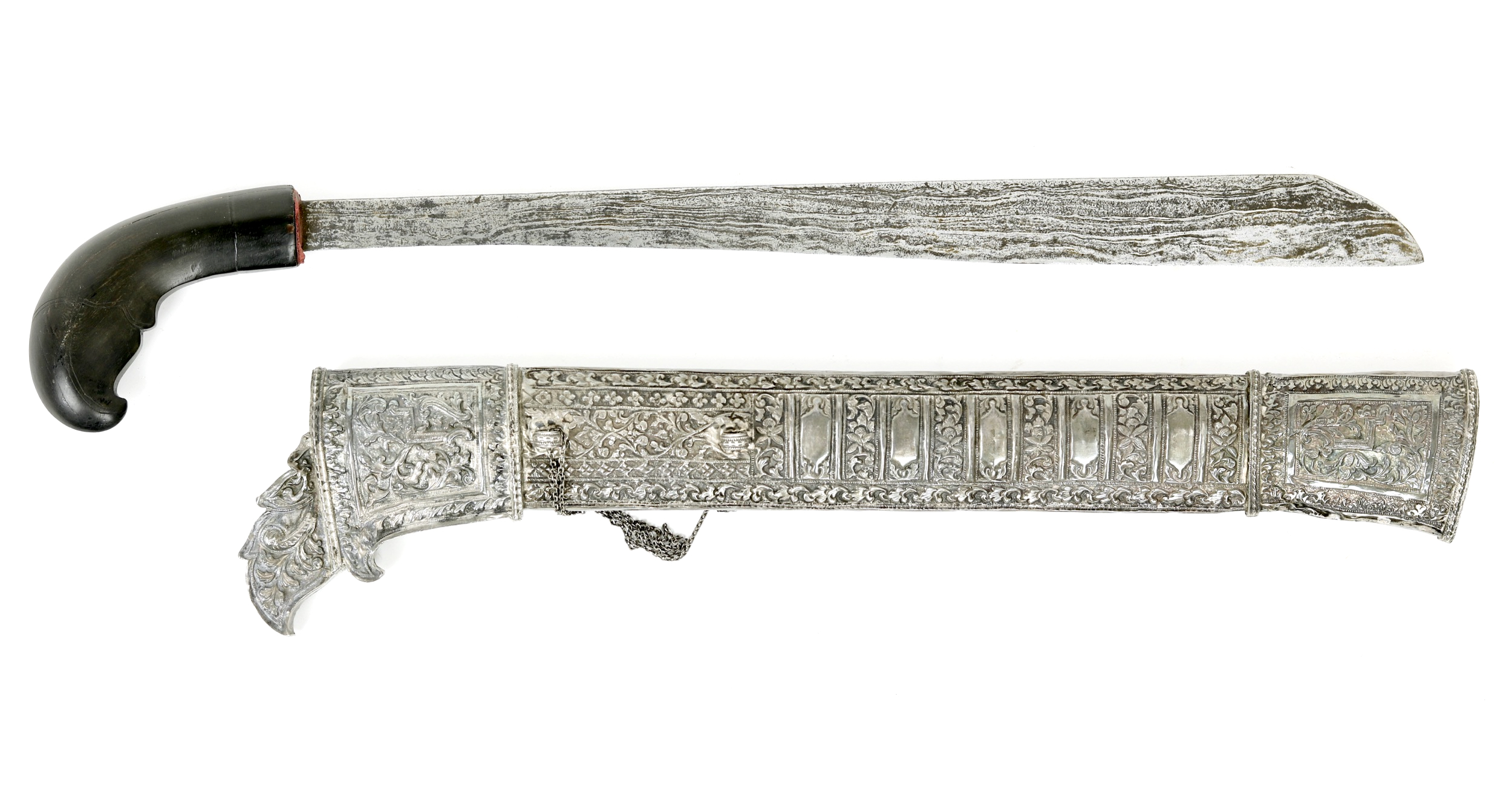 The Island of Sumbawa is situated in the central-southern part of Indonesia. Between 1620 and 1958 A.D. the eastern part of the island was ruled by the Bima Sultanate. For the most part, Bima was a stable kingdom and a prosperous hub of trade under strong Islamic and Hindu cultural influences. Kabeala was the East Sumbanese word for parang, which in turn is Indonesian for sword.

A rather fine specimen of this type. The blade with a pronounced widening towards the tip is forged with a boldly contrasting wood-grain pattern. The top section, seen from the side, seems to consist of two billets that have been folded back over themselves and then joined. Each "fold" is reminiscent of Tibetan "hairpin forging".

The downward curving hilt is carved from a single piece of black water buffalo horn. The grain in the horn nicely follows the shape of the hilt. The pistol shape at first looks odd on what is purely a cutting weapon, but it actually enables the user to add leverage to the cut with the little finger placed just behind the notch near the end.

The wooden scabbard is entirely covered with silver sheet. The silver is of high purity as indicated by the blueish hue in its tarnish. It consists of three pieces, a mouthpiece, endpiece and a plate covering the midsection. Mouth and endpieces are joined at the seem while the middle section is joined in the middle of what would be the inside of the scabbard, worn against the body. The other side is much more finely worked, including the detail in the repousse decoration.

The decoration consists of floral scrollwork, floral sprays, vegetal borders, and geometric shapes worked in repousse and then chased for added detail. The style reminds of Javanese work.

Attached to the scabbard are two loops for a suspension. A small silver chain is attached.

Sumbawa kabaela are fairly rare on the market, and when encountered most are simple affairs with wooden scabbards held together by bands of rattan. Among those that are entirely silver-clad, the work on this example ranks quite well. 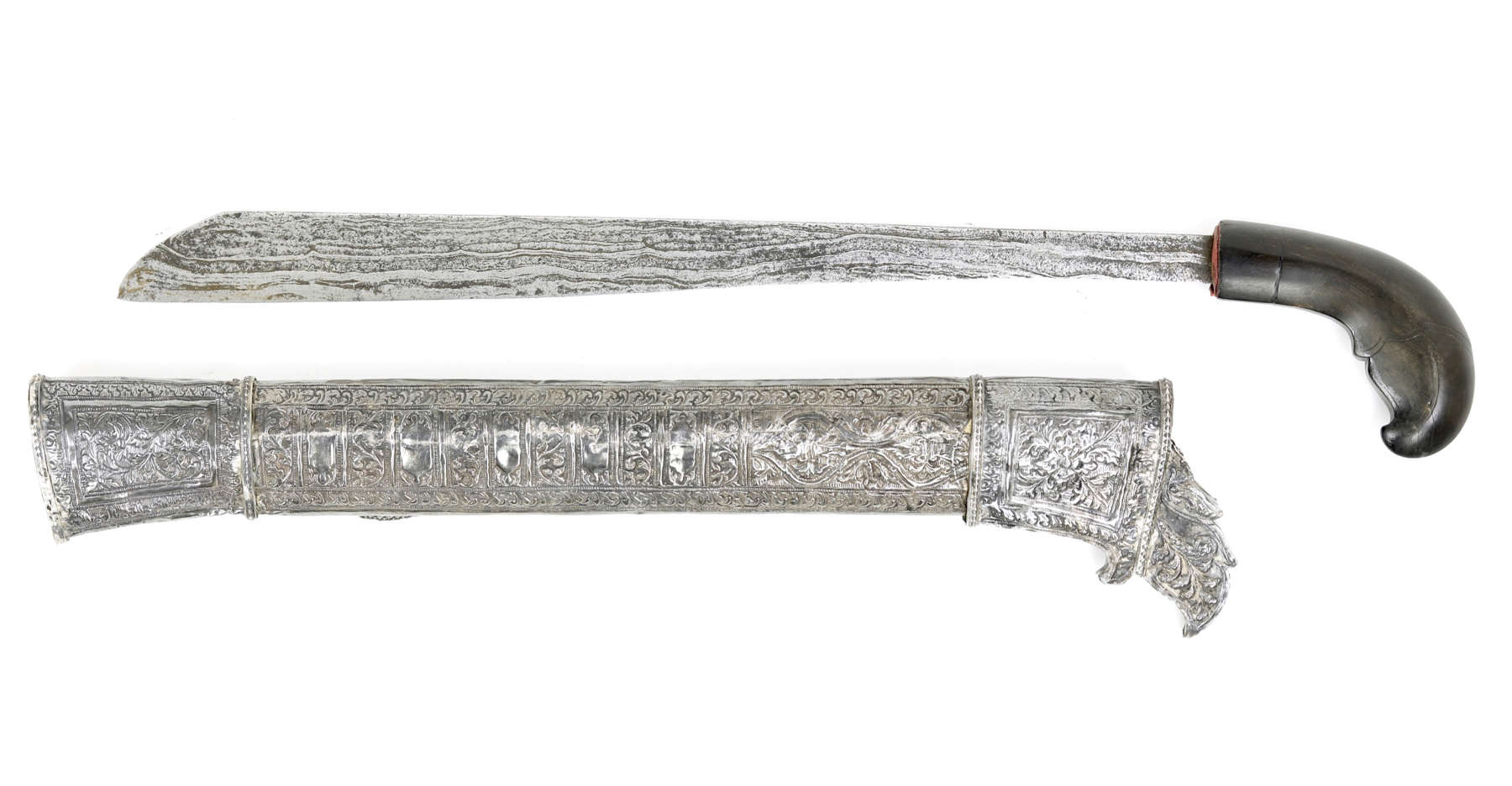