The dàdāo is known primarily from the post-Qing armies of Republican China and later the People's Liberation Army, but it was a design that had long been in use. Presented here is an earlier Qing dynasty dàdāo of impressive proportions.

The large blade widens gradually over its length, the spine reaching an apex near the tip and then drops to form a hollow profile towards the pointy tip. The edge is straight for most of its length, only turning up at the very tip. This widened tip section facilitates a thinner cutting edge while not having to give in on tip weight for powerful slashing. There are two narrow grooves on either side, starting some distance from the guard and terminating right before the blade reaches its largest width. The spine has some decorative notches at the base, and also at the raised section at the tip.

The hilt of classic form with S-shaped quillons with curled ends, an oval cross-section handle that ends in a ring pommel. The guard and hilt are entirely wrapped with cotton cord in orange and red, all original, of the period, and tight as ever.

The blade bears markings painted in white on the left side of the forte. They provide an interesting backstory. 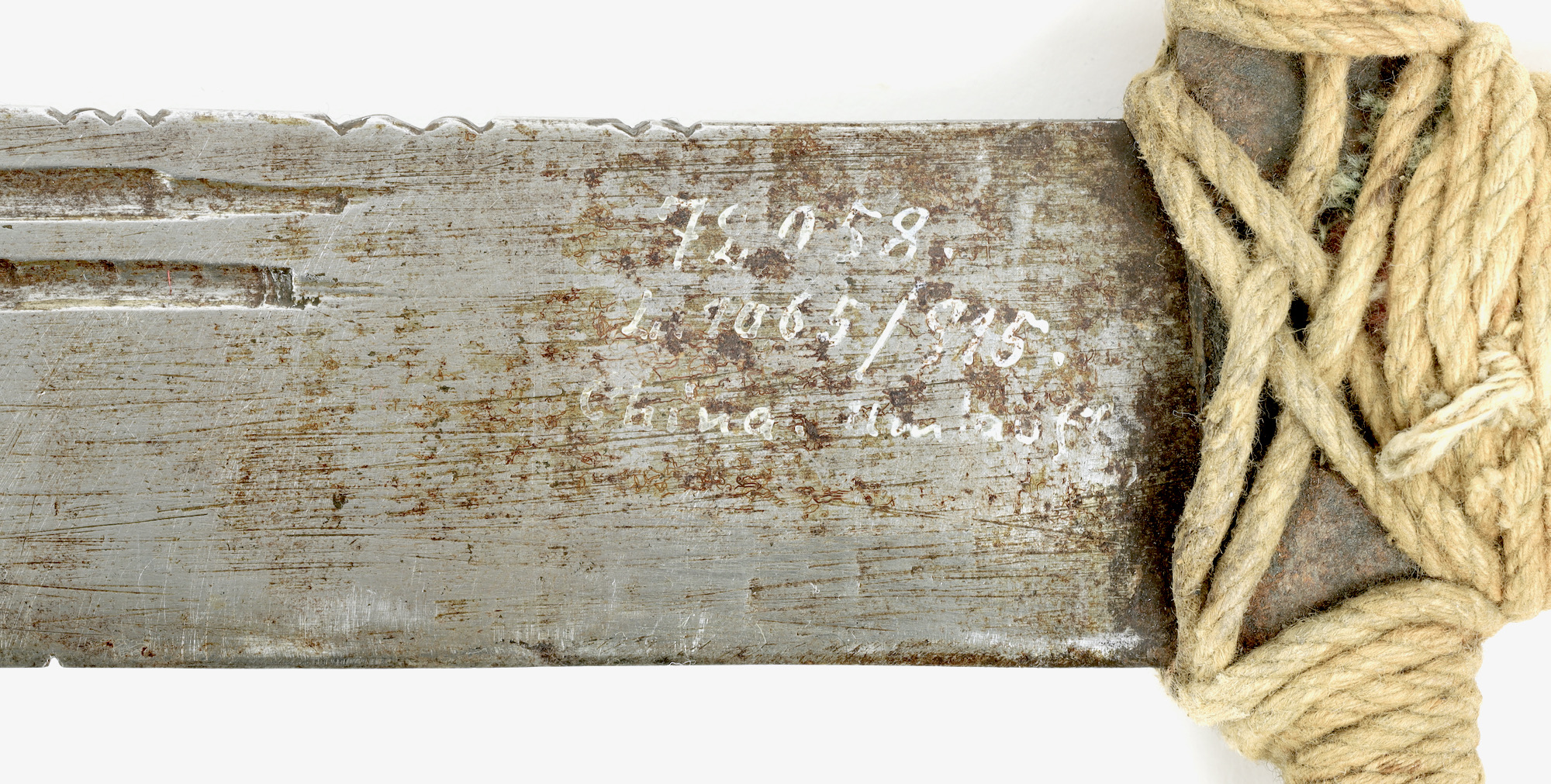 Umlauff stands for the JFG Umlauff company, a Hamburg-based ethnographic dealership and associated museum. Founded by Johann Friedrich Gustav Umlauff (1833-1889), and continued by his wife Caroline after his death. In 1912, eldest son Heinrich Christian Umlauff (1869-1925) took over the ethnographic part of the firm. The business continued through the family but in World War II most of their ethnographical stock was lost in a bombing raid. In 1974 it disappears from the trade records.

Umlauff, like Oldman, was an important supplier for many of the world's ethnographic museums. He sourced items through a network of travelers, traders and scientists and produced entire museum displays consisting of natural objects, prepared animals, lifelike human figures of different peoples, and ethnographic objects. 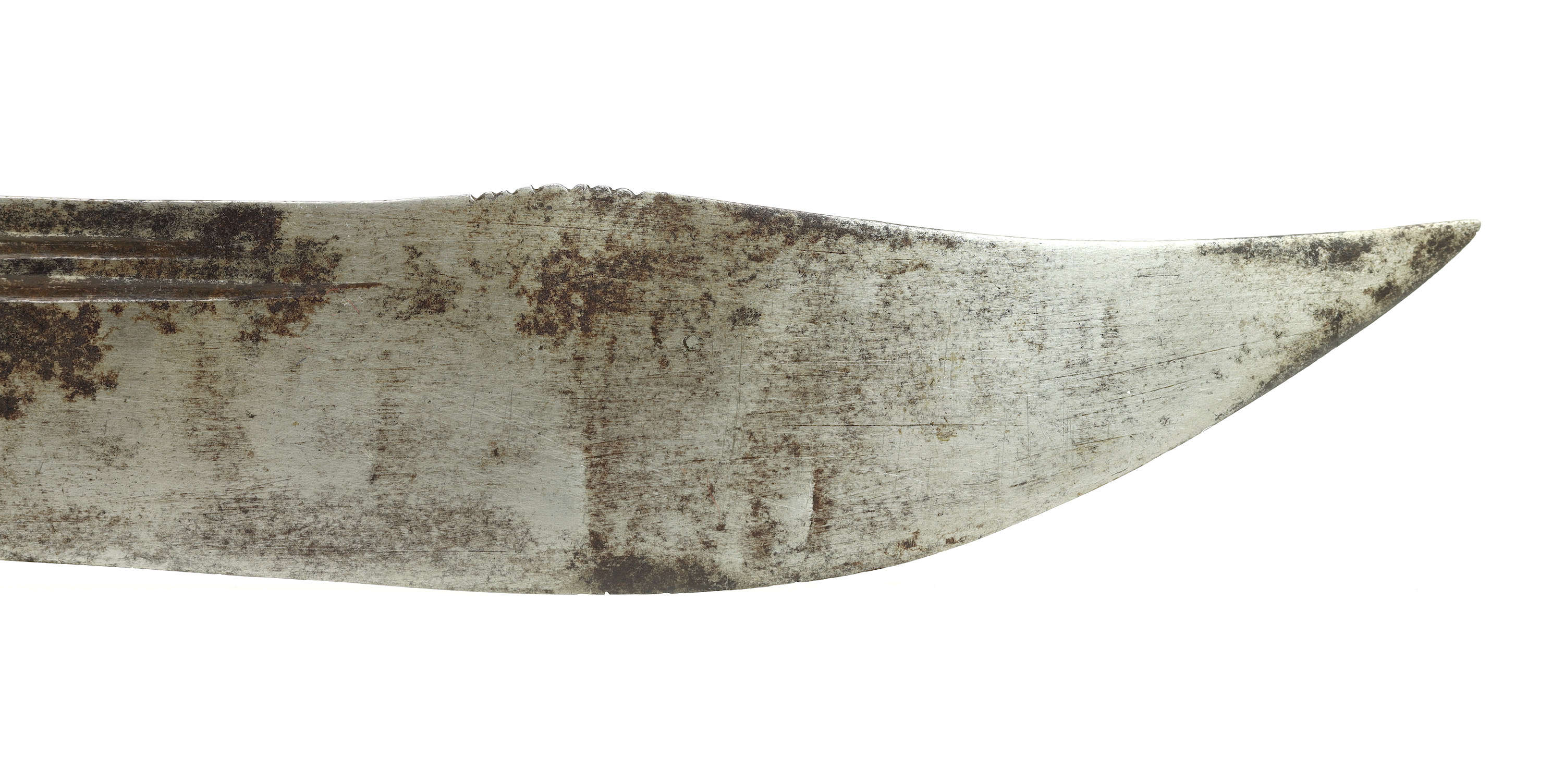