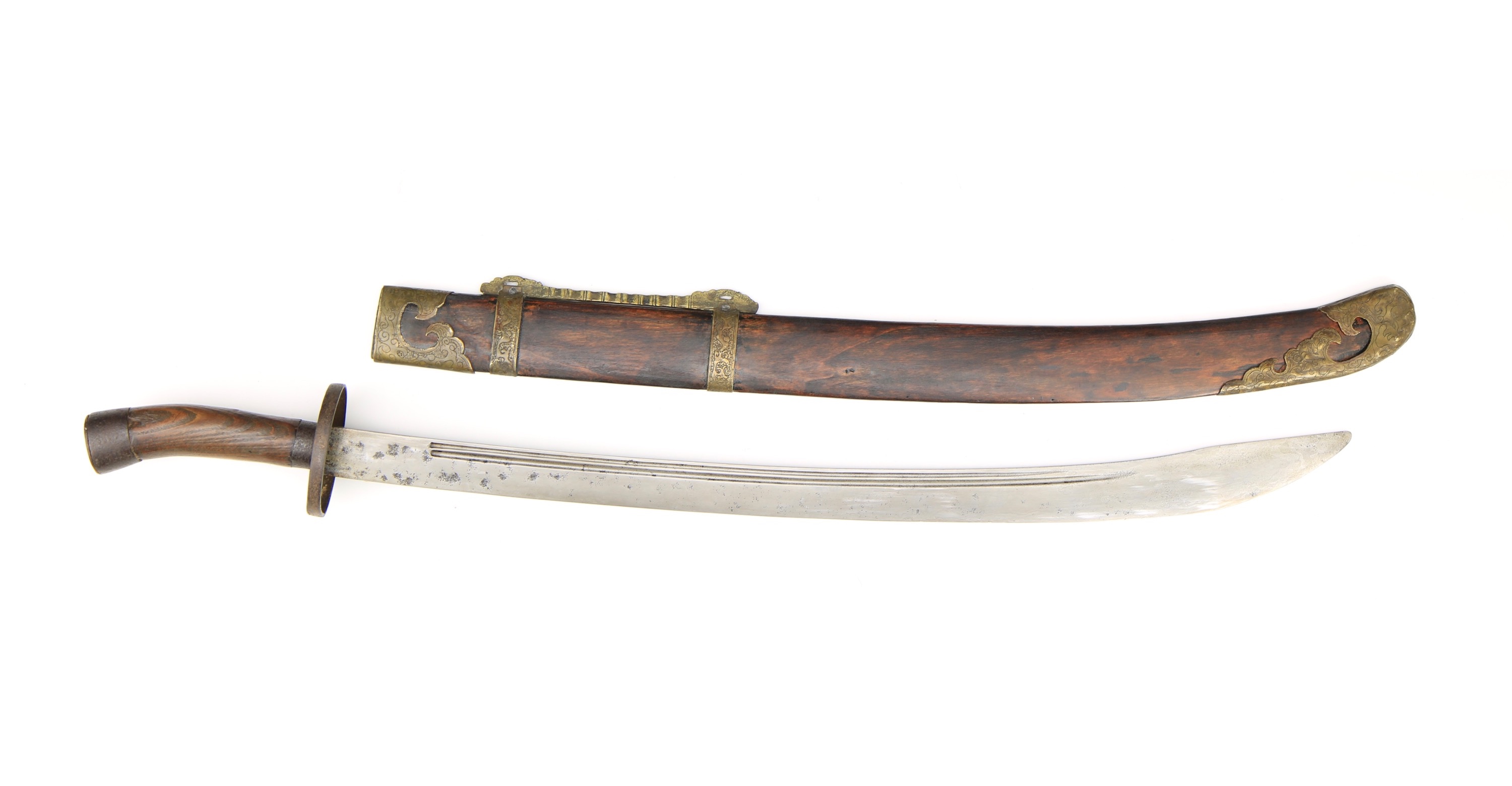 The niúwěidāo (牛尾刀) or "oxtail saber"  is a late form of Chinese saber that was developed in civilian circles in northern China around the mid. nineteenth century. Its introduction came at a time when firearms had made armor largely obsolete.

It's characteristic blade flattens and widens considerably near the center of percussion, creating a relatively thin edge on a sweeping arc; perfect for deep cuts against soft, unarmored targets. This specialized design made the niúwěidāo immensely popular among rebels and their enemies in the social unrest that lead to the fall of the Qing, and the chaos that ensued in the Warlord Period of the early 20th century.

By the end of the last century, floppy martial arts swords of the same profile featured prominently in martial arts practice and movies, settling the niúwěidāo in the minds of many as the archetypical Chinese saber.

A good example of an earlier form of the iconic Chinese niúwěidāo or "oxtail saber".

The wide blade has a very gentle curve almost to the very end, where there is a sudden widening and somewhat of a raised backedge. This is one of the earliest forms of this type, probably dating from circa 1850-1860. The widened area got longer on examples approaching 1900, and its overall form ever more exaggerated from then onwards, to reach its final form in the 1930s.

There are two grooves on either side of the blade. Grooves on niúwěidāo are often on the crude side, but these are very nicely done, precisely following the contour of the blade's spine. The forging of the blade is also rather fine for this type of sword, with a very high amount of layers appearing in shades of grey and silver. The work is well done, with no noticeable forging flaws.

Blade in new polish, but with remains of scratches and pitting that was too deep to remove without affecting the blade's geometry too much. One small cut from contact with another blade, near the tip.

The hilt consists of a now deeply patinated elm wooden grip with sturdy, forged iron mounts. The shallow cup guard has a thick raised rim. Pommel and ferrule are of sheets of relatively thick iron, with the pommel cap being a separate plate. The pommel profile does not yet exhibit the strong flaring you see on later examples. Peening at the pommel still intact and undisturbed.

Although it looks the part, the scabbard is a recent reproduction and falls in the category: looks good from afar but is far from good. Fitted with brass mounts that are engraved with classic archaic dragons that are correct for the period. The scabbard's fit is decent, but the quality of the mounts is not very good. The endpiece is split yet remains on tight.

An interesting example of an early form of niúwěidāo. A sturdy piece with a blade that is a few notches above the usual quality seen on these. The scabbard is a later replacement, with flaws, but does its job to store and protect the blade. 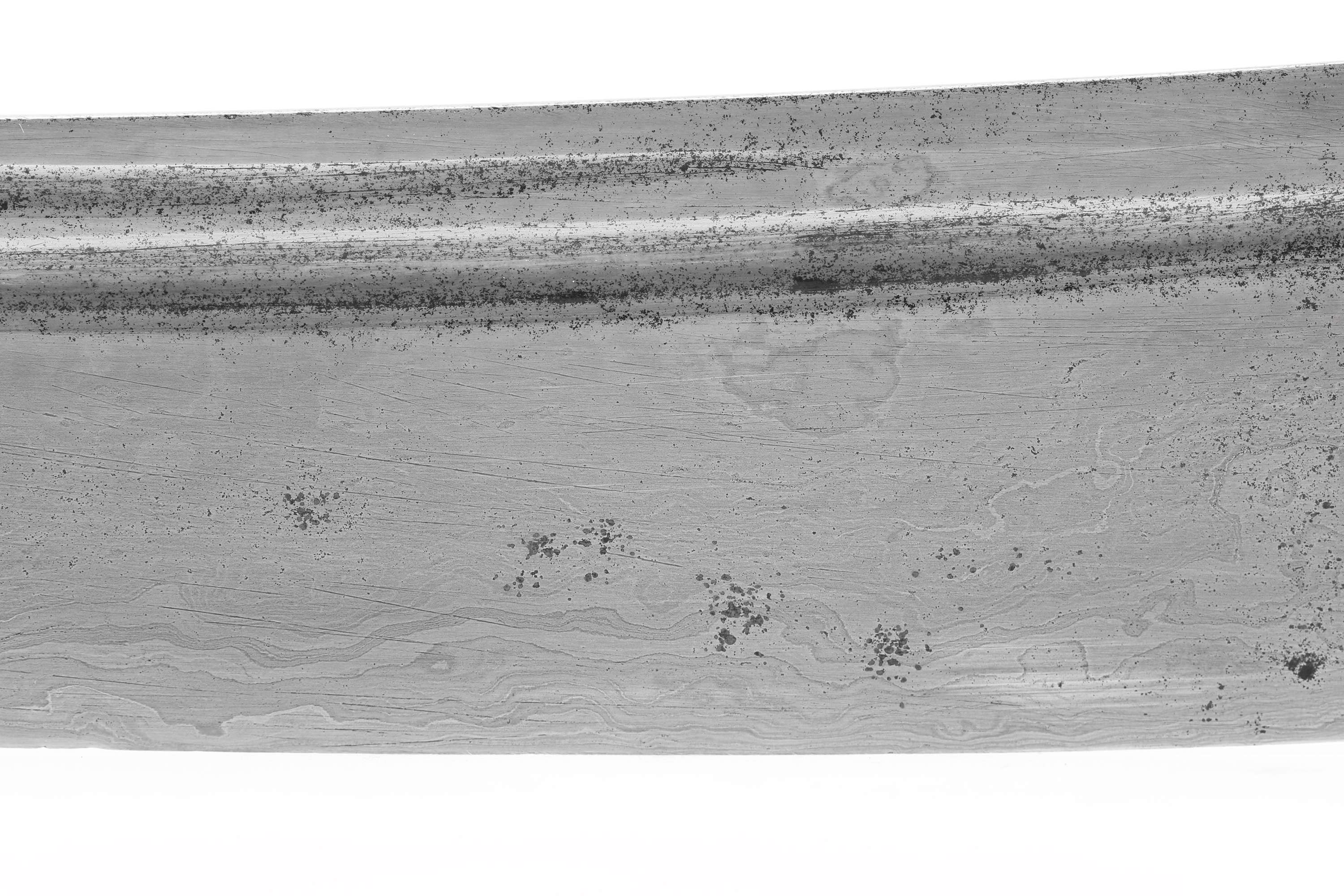 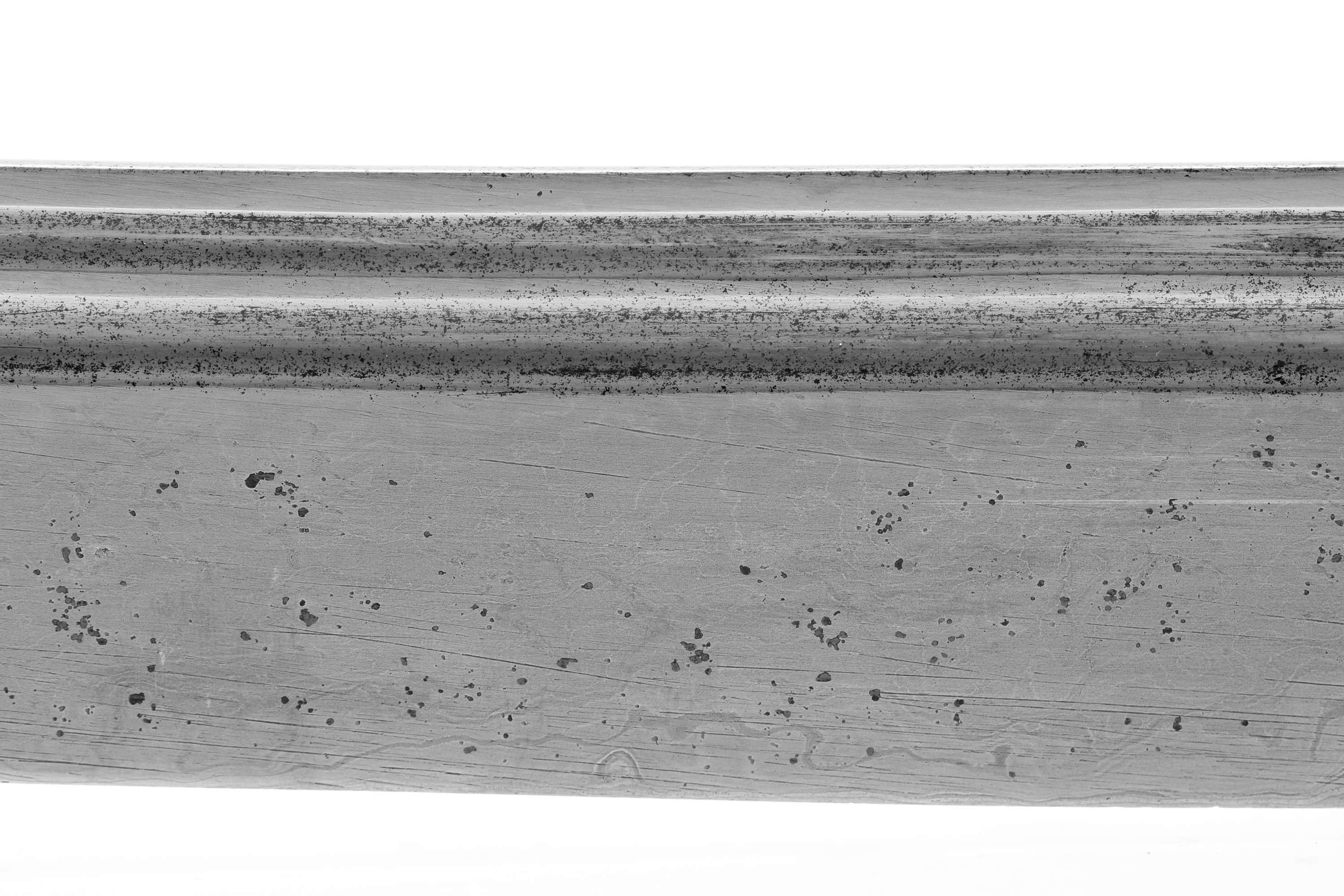 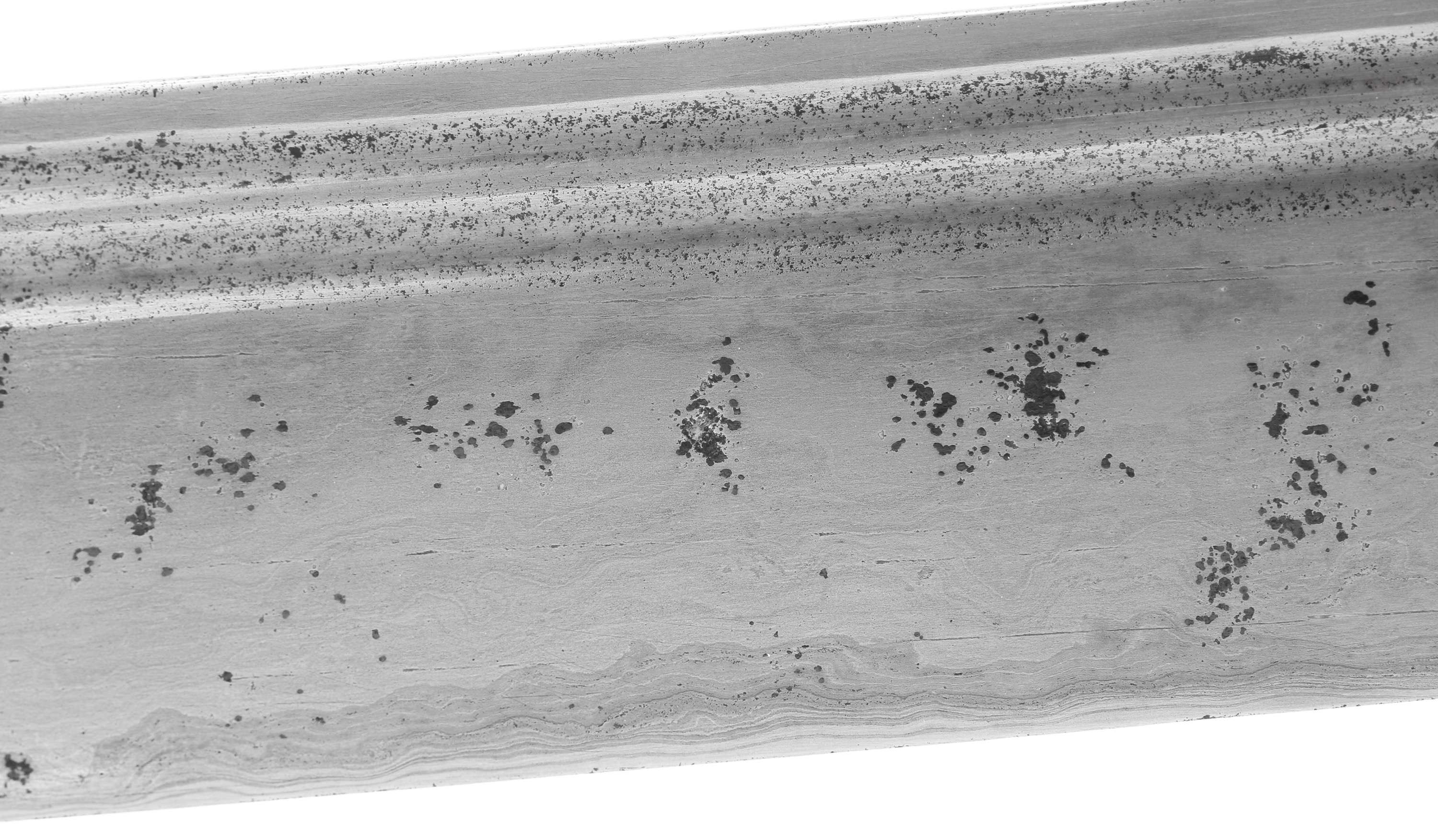