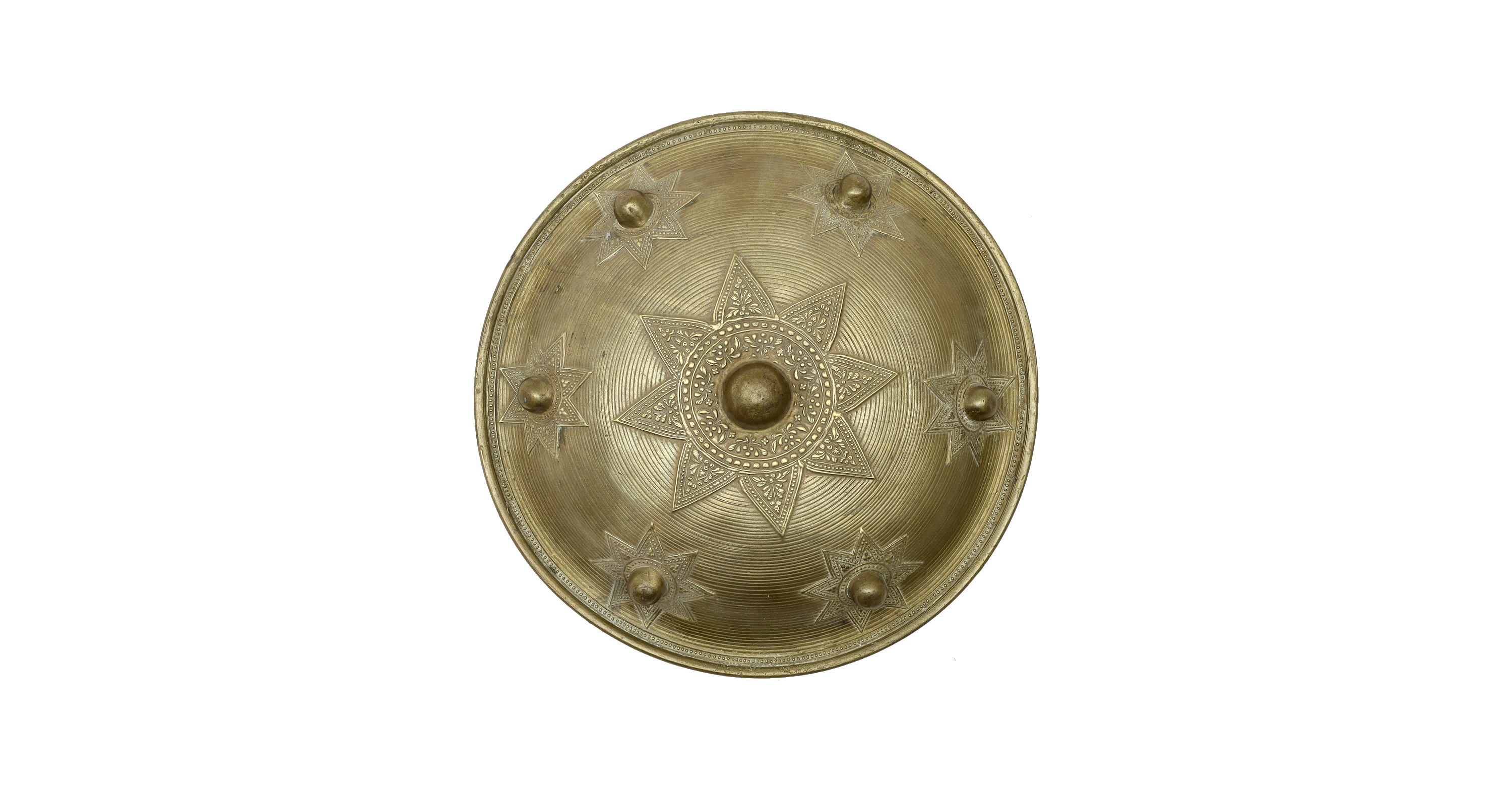 From a Dutch private collector

1. Thick, cast and turned brass shields with applied bosses carried to war by the noble district warlords called Ulubalangs. Several are in Dutch collections dating from the Aceh War of 1873–1904.2

2. Thinner, but more ornate shields that were used during sword dances. Most of these made their way into collections in the 20th century. They were cast by the Minangkabau of West Sumatra for the Aceh market.3

This shield is of the second type.

Made of cast brass, the bosses and designs are all cast from the same mold. The surface of the shield is decorated with concentric lines, mimicking the lines of the turning that we see on the Ulèëbalang shields.

In the center is a large boss with an eight-pointed star around it. It is decorated with floral patterns in relief, chiseled to enhance their detail. Around the circumference of the shield are six more such bosses, somewhat smaller in size.

The inside is smooth, with four rings for the two handles that were once inside.

Our shield is identical to an example in the Tropenmuseum, Amsterdam, accession number TM-2994-4. It was acquired in 1960. 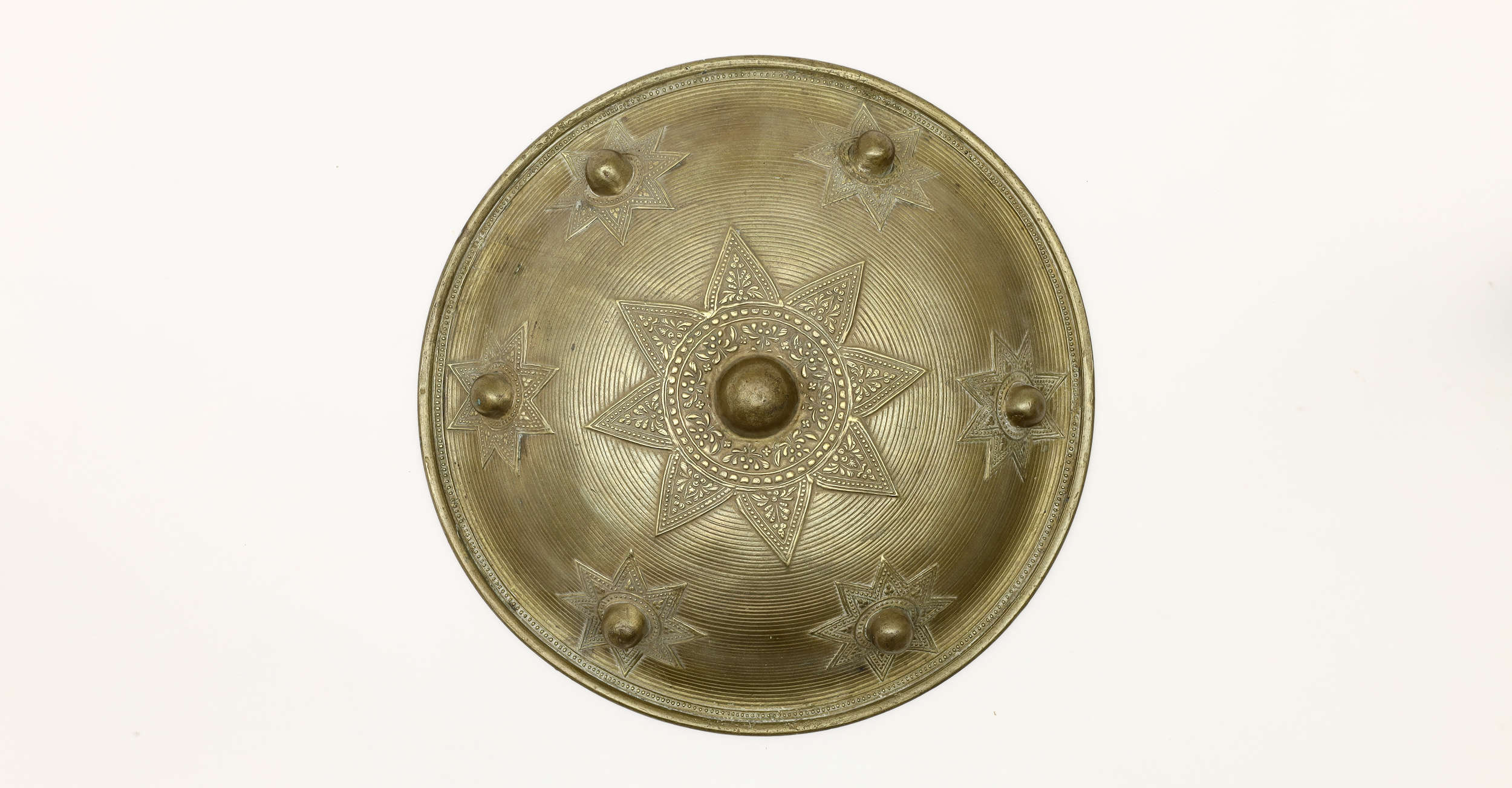 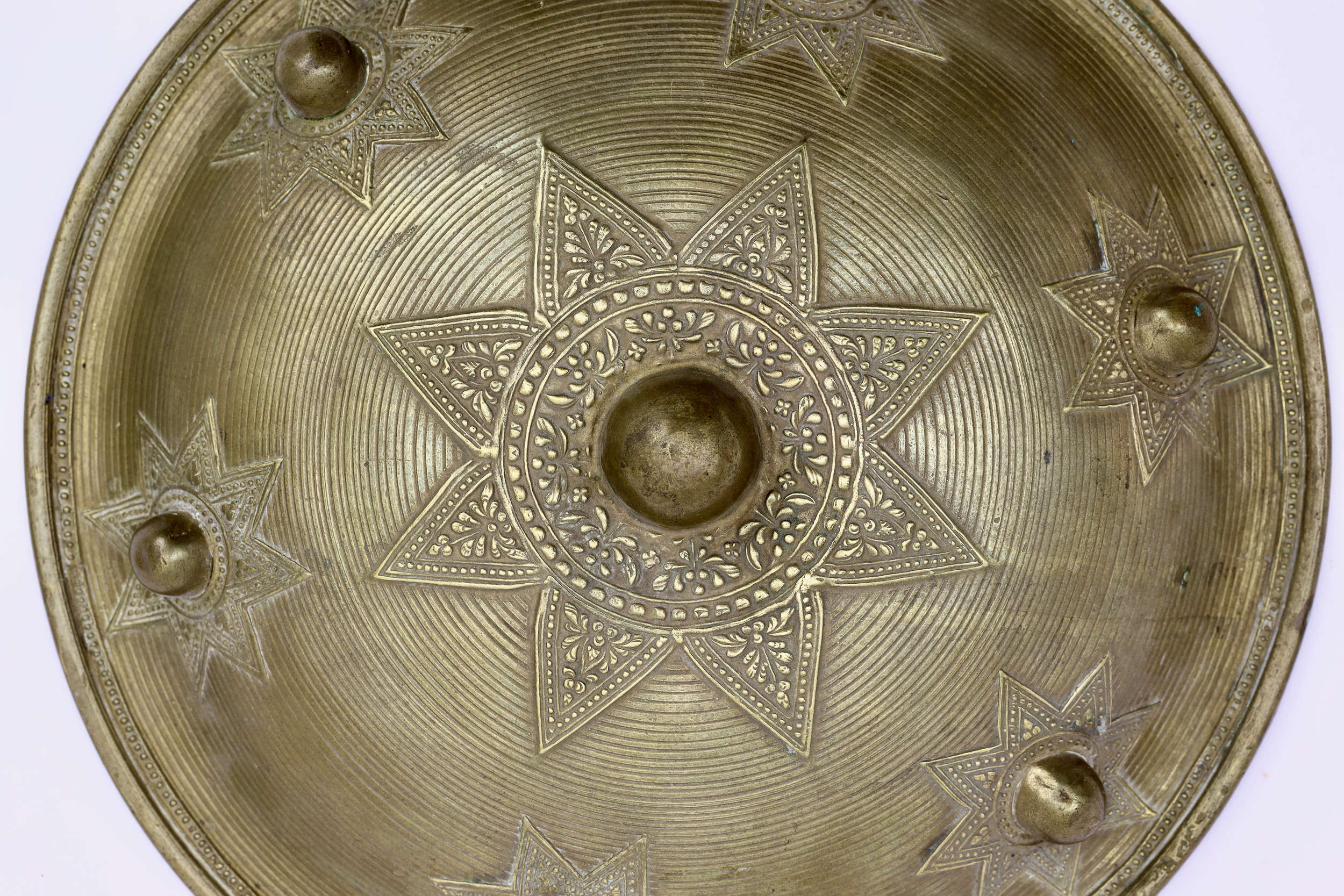 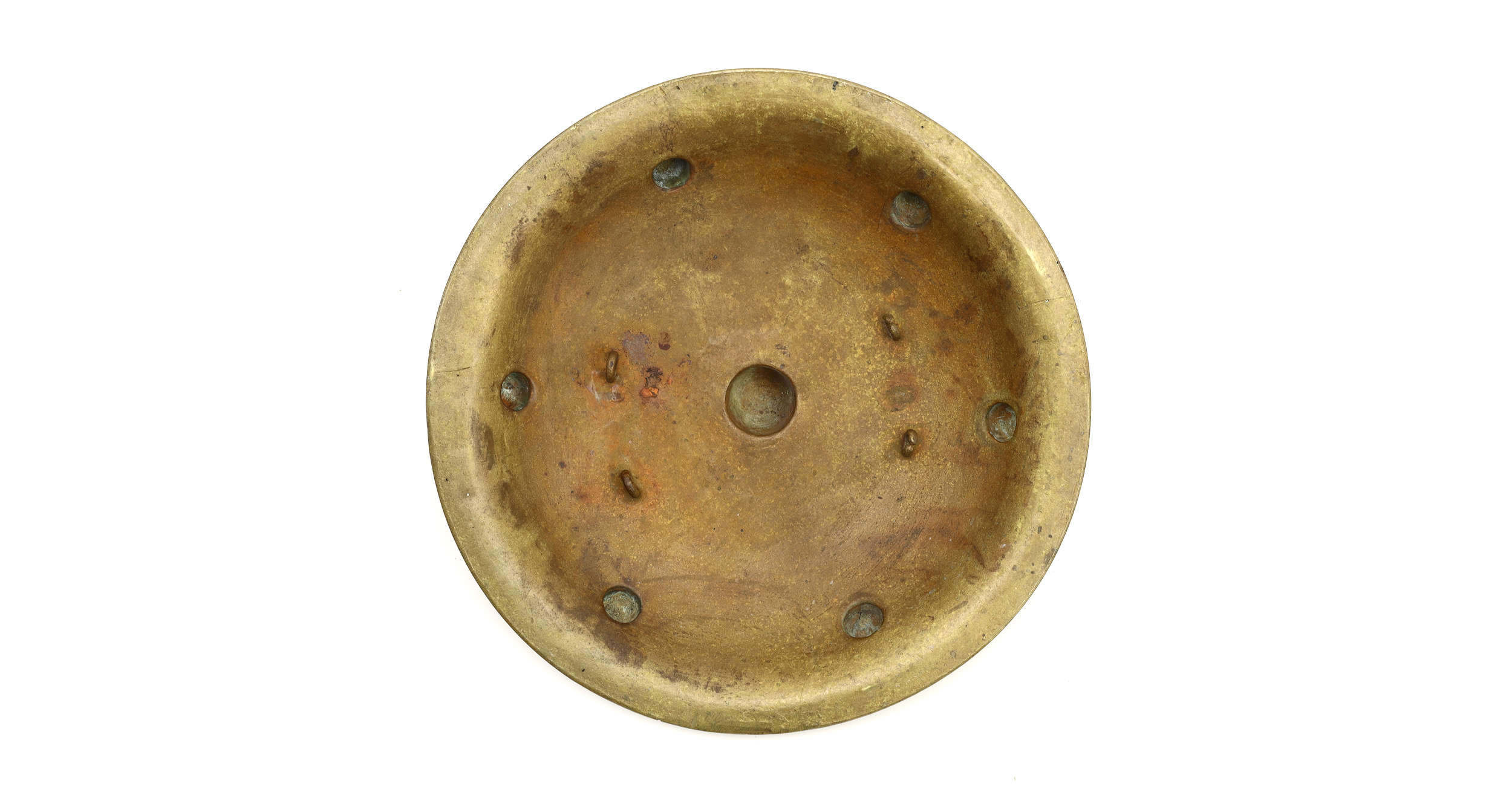 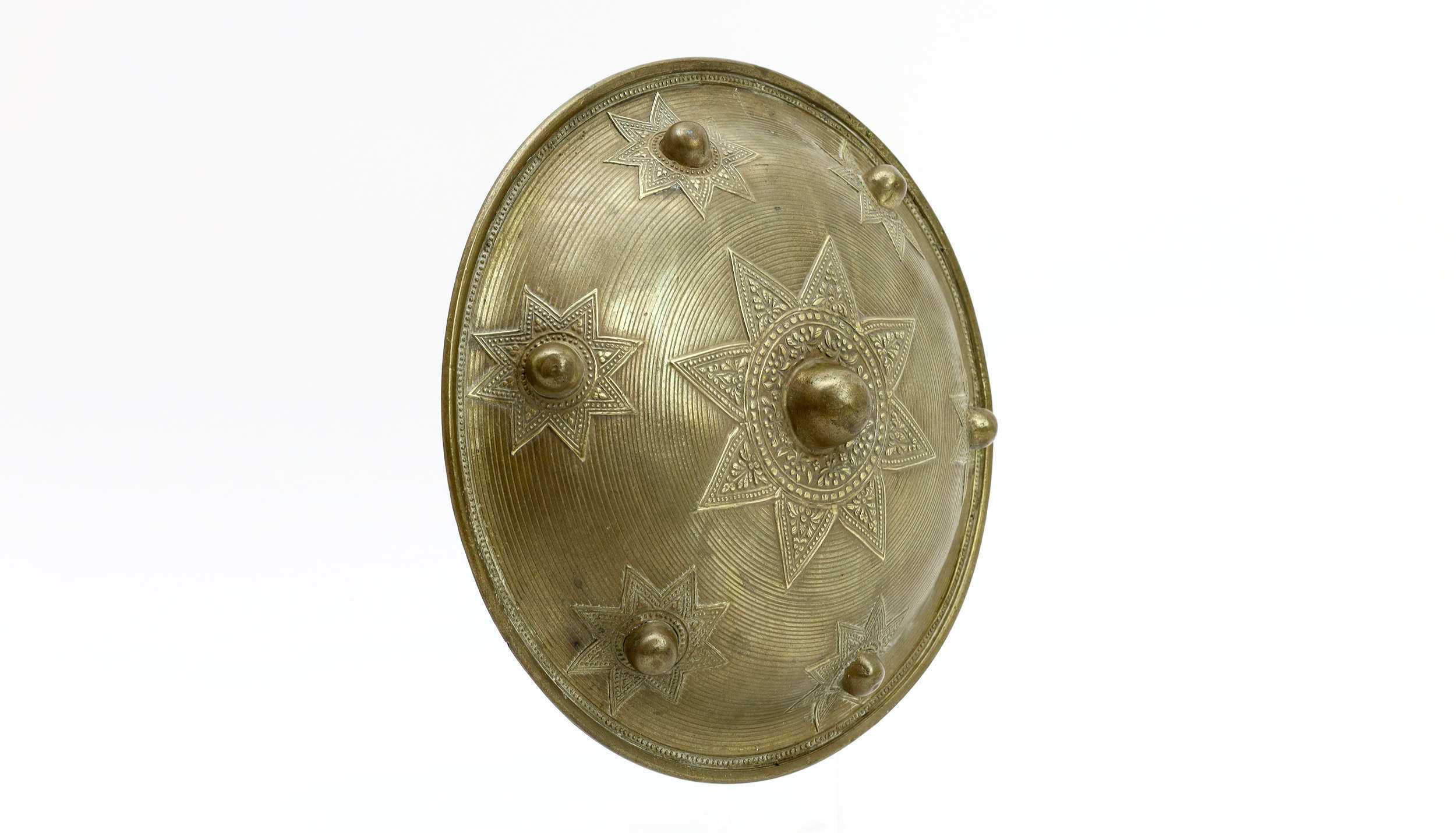 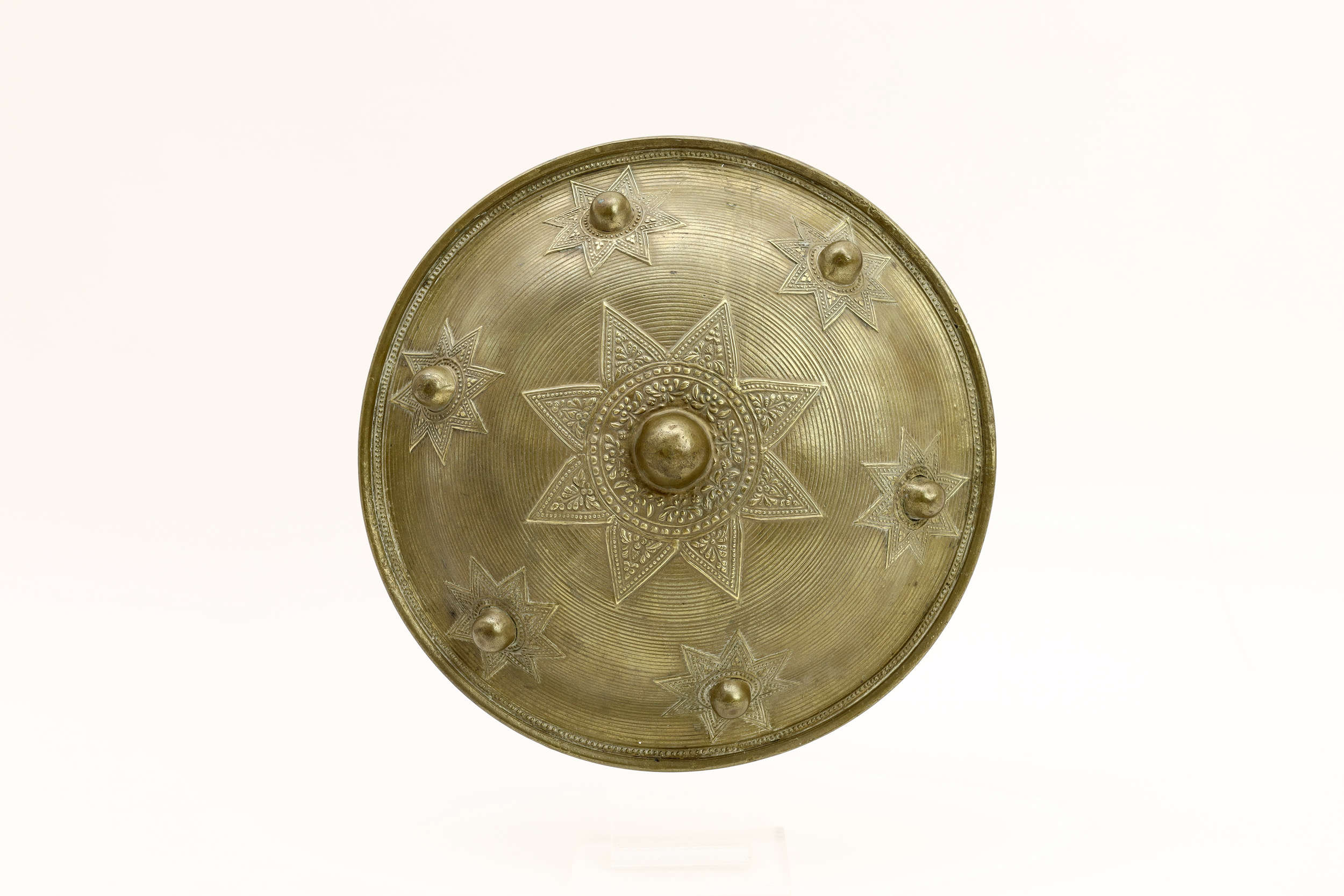