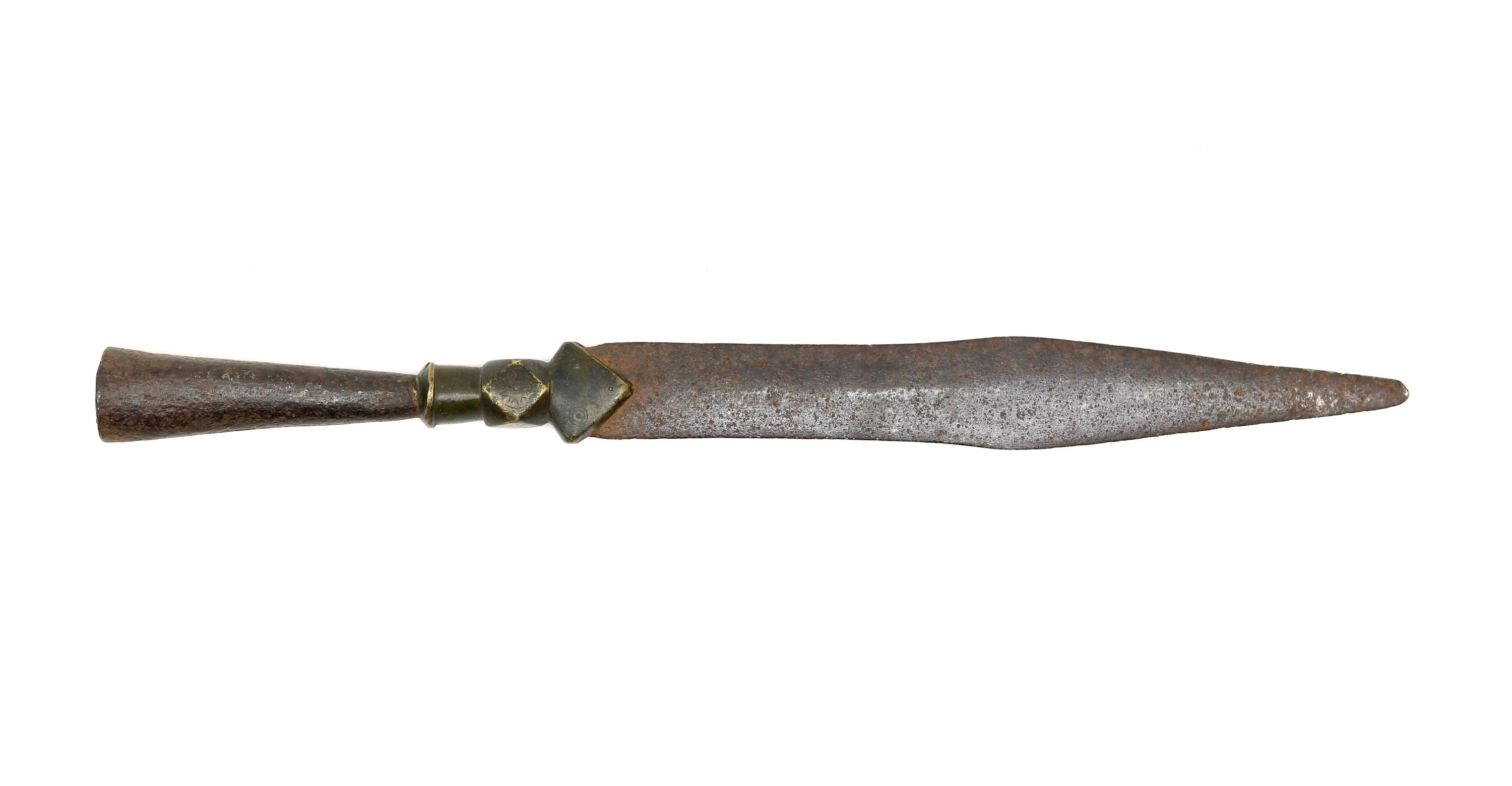 Chinese spearheads are very hard to date because their design changes over the years are quite subtle, with many styles overlapping as well. Also, very few ever come with good provenance to help date and attribute them. They also have no unexposed areas from which to date the patina like sword tangs.

It features a blade with a waisted profile at the base that leads up to a widening, then tapers to a point. It is mounted on a socket with a hole for a securing nail.

In-between socket and blade is a cast brass element featuring a tube, a polyhedron and a triangular structure all cast in one piece of brass. It is decorated with dimples with circles around it, often found on such spearheads.

Unusual is the decoration of each face of the polyhedron with a sunburst motif. It resembles the "Blue Sky with a White Sun" motif that was adopted as flag and emblem by the Kuomintang in 1895. However the "Blue Sky with a White Sun" design very deliberately has 12 rays to symbolize the 12 monts and the 12 traditional Chinese hours, and the design on the spear has 10 rays instead.

In decent condition. Blade with deep patina and some pitting. Tip is rounded from wear. 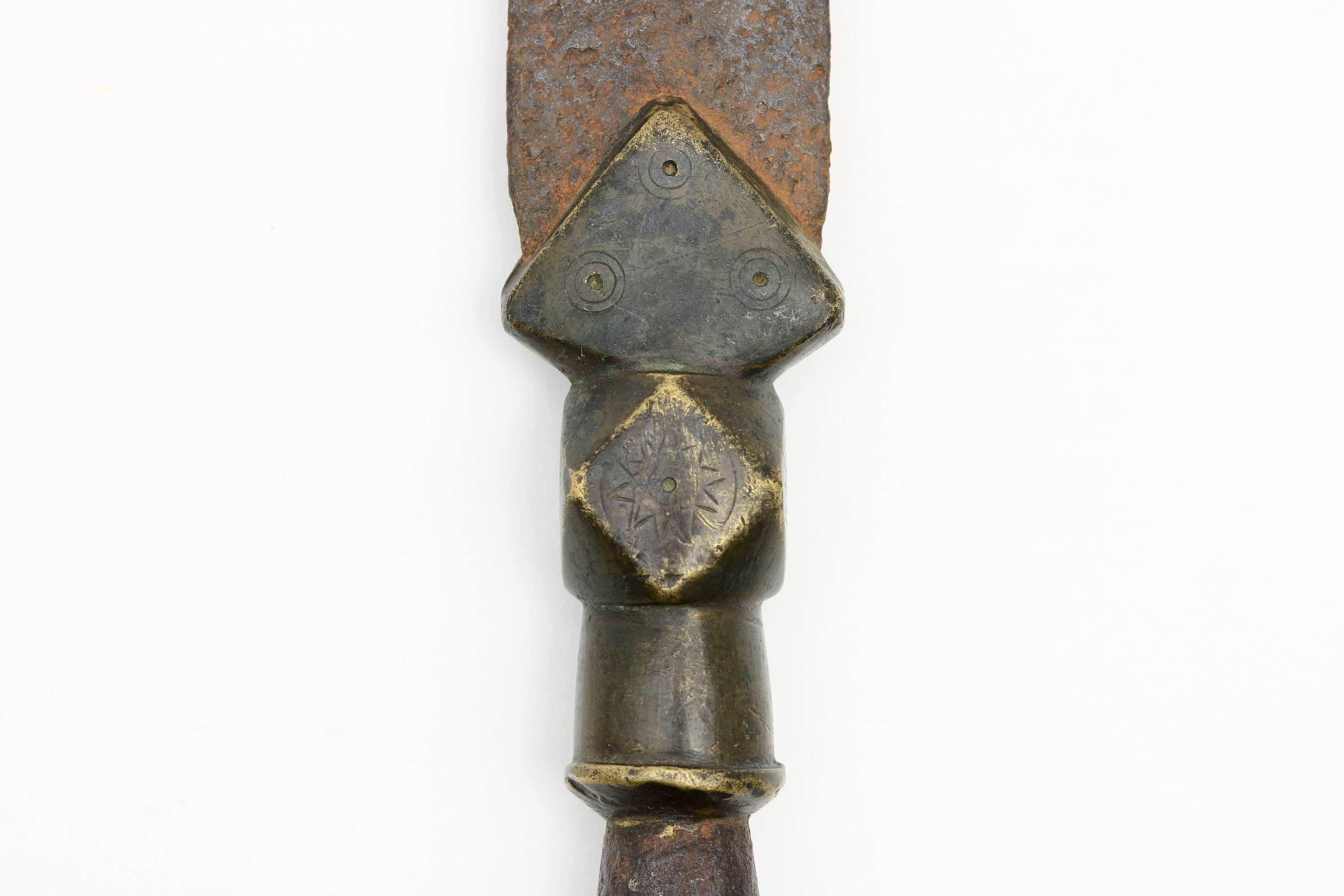 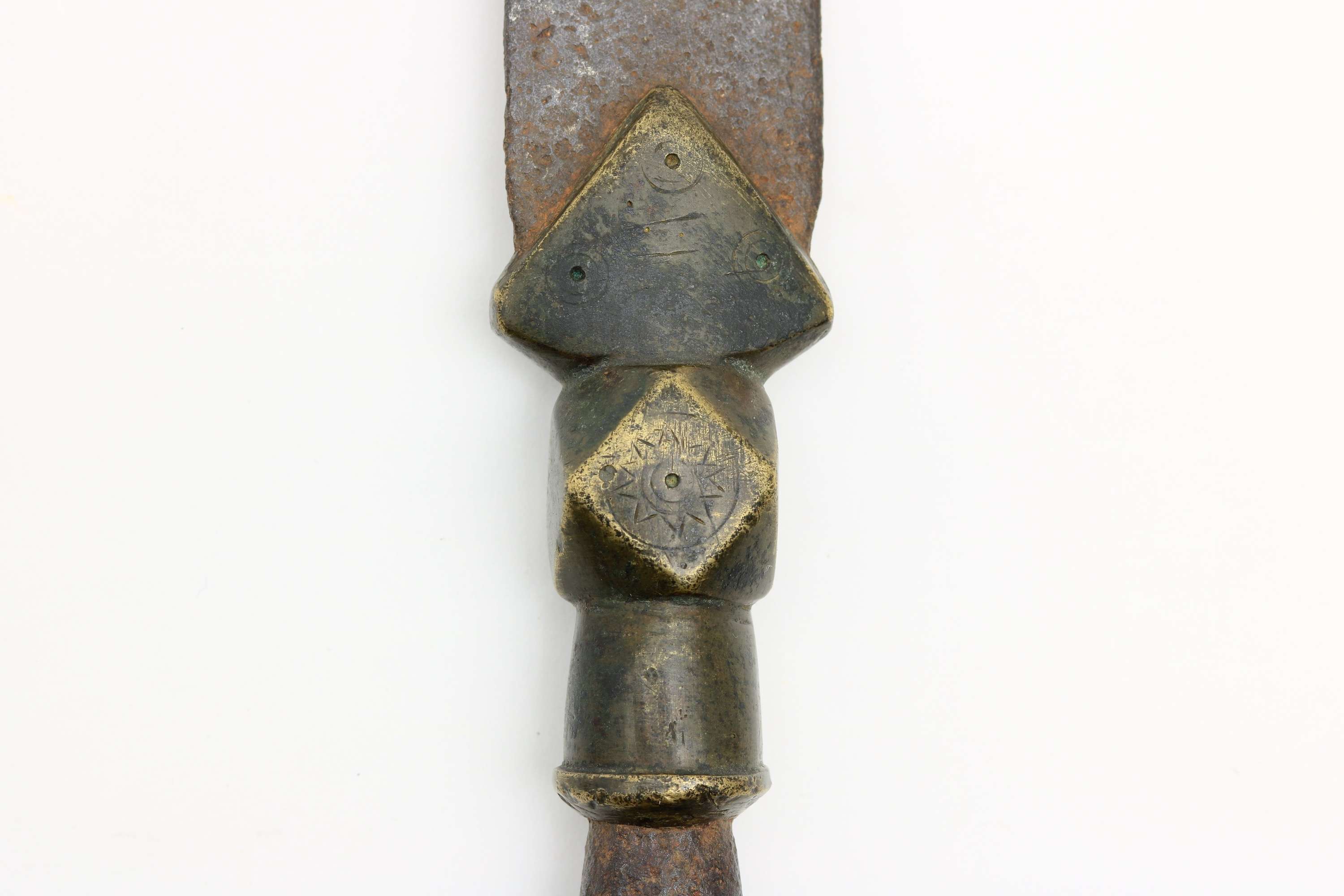