One such variety has a fork-like guard to help catch and retain an opponent's wrist or weapon and was sometimes used in pairs. It was this variety that made it to Okinawa and got known locally as sai (釵) by which name the weapon is mostly known today.

That character is pronounced chāi in Chinese and is used to describe a forked hairpin. The Chinese name probably used a different character, which was unfortunately lost to us in time.

A Chinese forked mace. Most are made of iron and/or steel, but this piece is entirely made of bronze. Chinese maces in bronze of any kind are incredibly rare and very much sought after by seasoned collectors of Chinese arms. It's the only one of its type I've had in my hands, in well over a decade of specializing in Chinese arms.

The reason for the use of bronze on what are always especially well-made examples is unclear. Perhaps it is because of the higher density of bronze so a small piece strikes harder than a steel example of the same size would. 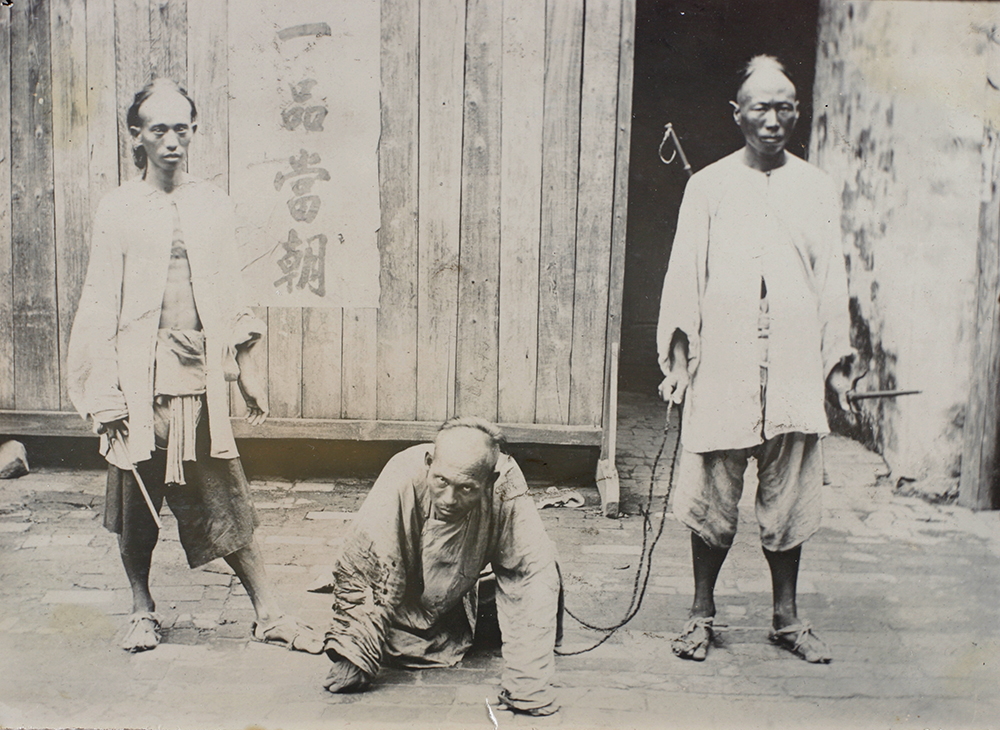 Photo with caption: "Min Ch'ing Ch'i and his guards, 1895"
The man held is one of the alleged perpetrators of the Kucheng Massacre.
Photo from the Oswald collection. University of Bristol - Historical Photographs of China.
Reference number: Os04-078. Notice the weapons of both guards.

This mace is built around a heavy bronze bar of hexagonal cross-section. The ridges are well-defined. The tip is elegantly finished with grooves, which also serve to make it "bite" during a strike with the tip instead of sliding off. It has a thick massive fork with tapering ends that are also finished with grooves.

Between two brass ferrules sits a horn handle made from a single piece. It has a bulging shape like the handles on Chinese straightswords. It is beautifully carved in a bamboo-form with concave sections, separated by tiny grooves. Age gave it a nice deep luster. There is some tiny insect damage on one side of the horn handle. At the end is peened a heavy polygonal pommel that acts as a counterbalance as well as a striking weapon.

The rod has many dents from impact with other weapons, and even what seems to be some sword cuts. Beautiful, undisturbed patina throughout. Some minor play in the upper ferrule and fork. Handle and pommel are both tight.

A remarkably similar, but steel example is in the Victoria & Albert Museum under accession number 3305(IS). It is part of a set of Chinese material on Loan to the India Museum (East India Company) from the Royal Asiatic Society. Transferred to South Kensington Museum in 1879 and inventoried in 1880.

An extremely rare bronze variety of the Chinese mace of the forked type. It is of quality manufacture and retaining its nice old patina throughout. The rod bears signs of use, including sword cuts. 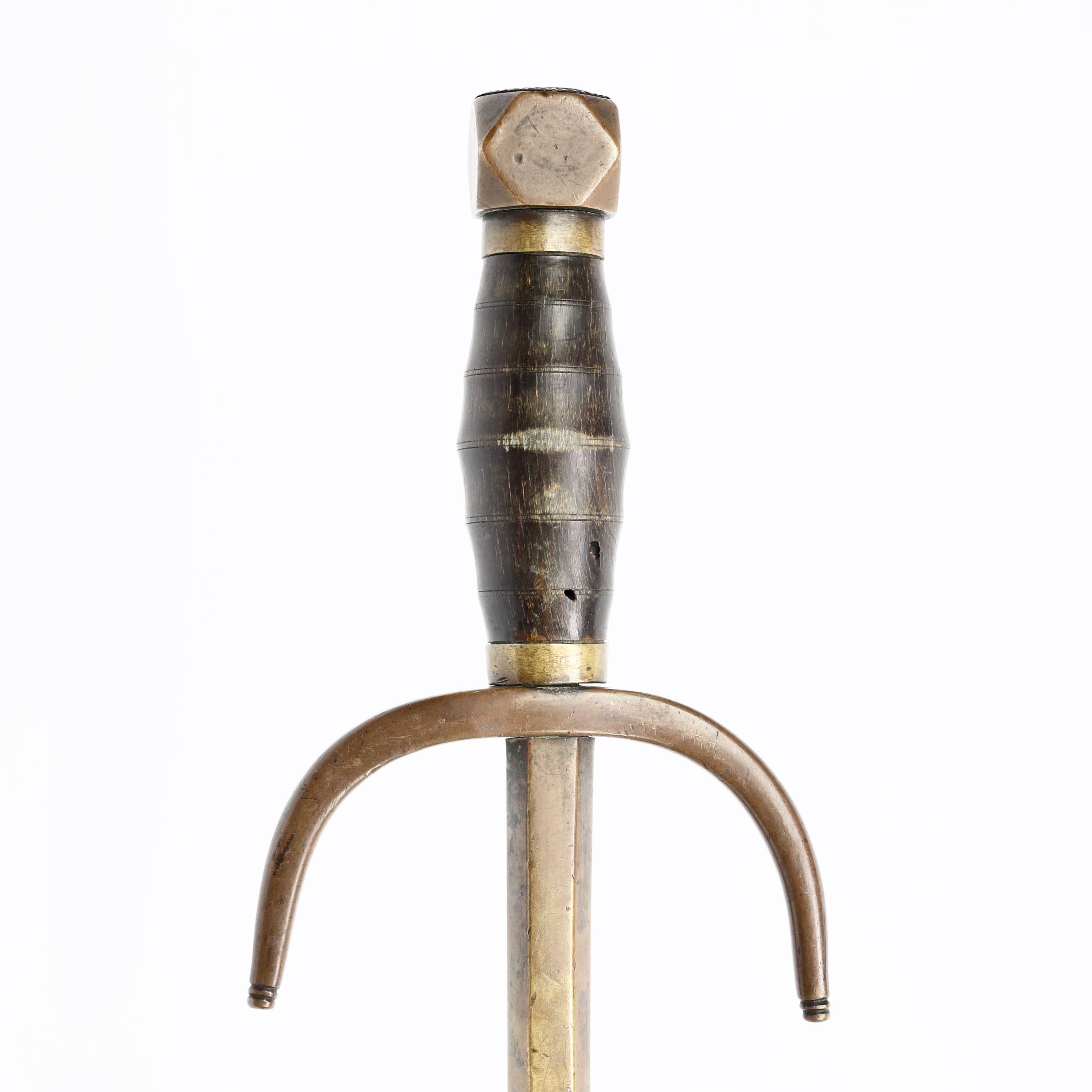 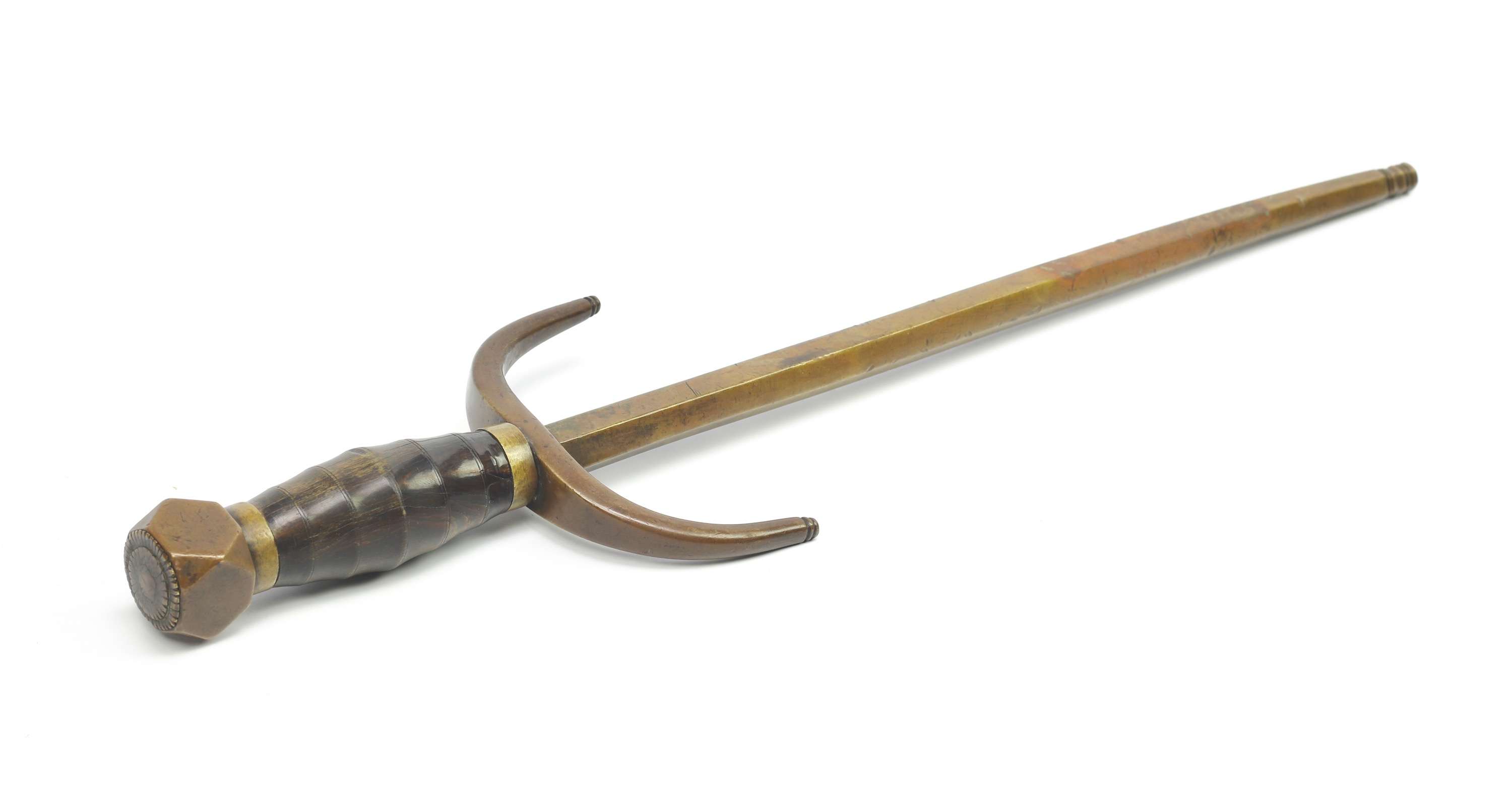 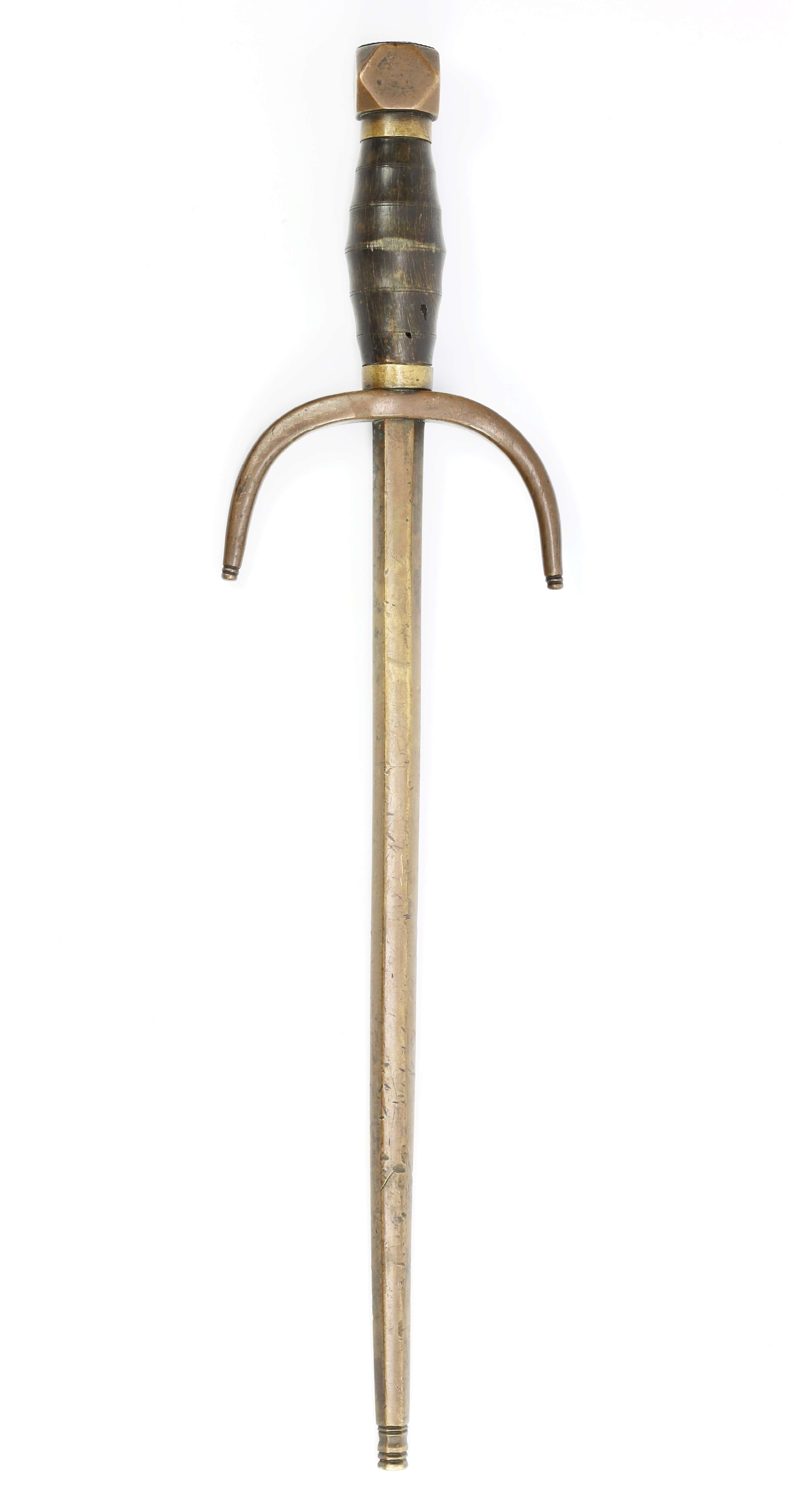 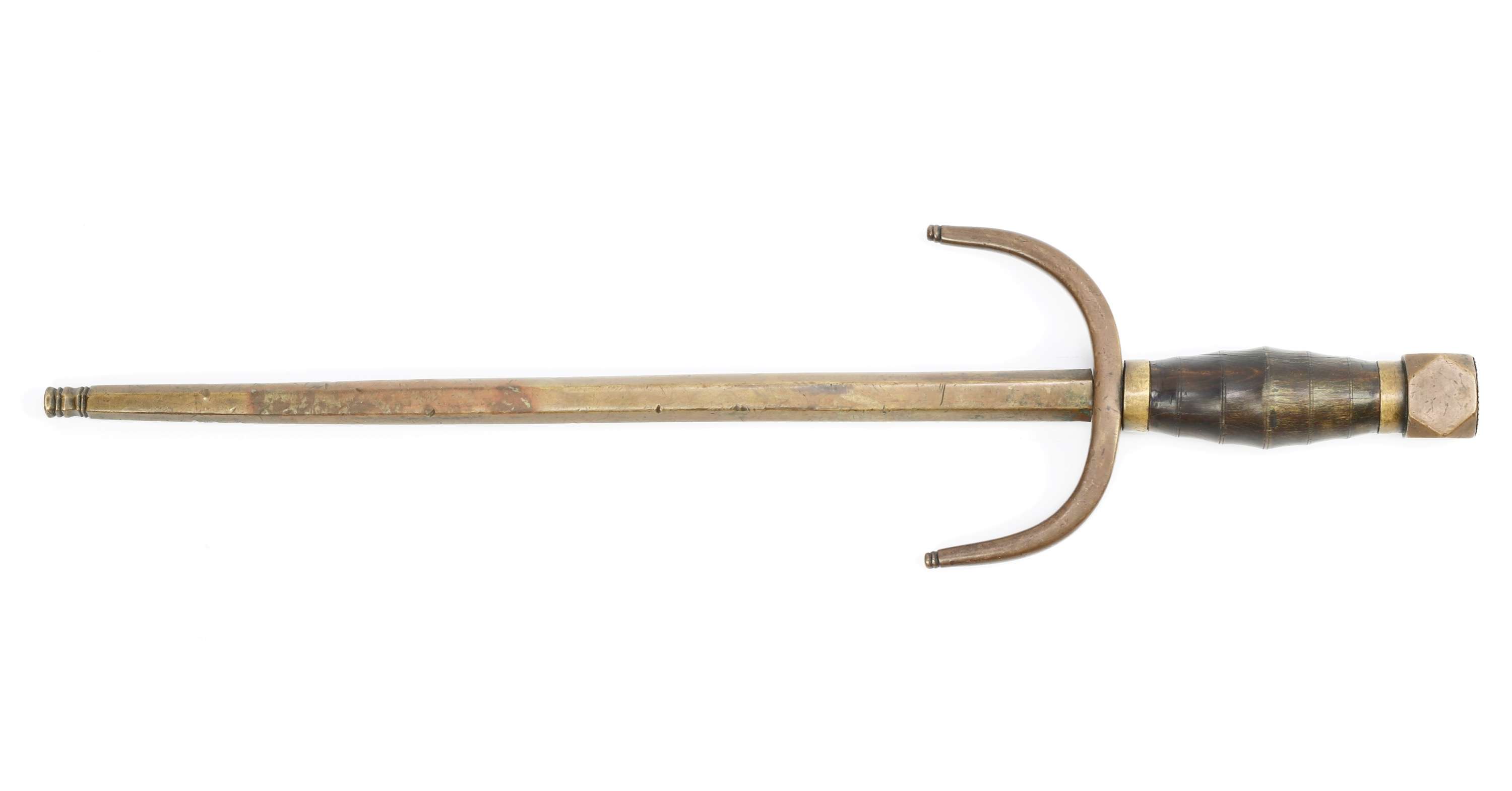 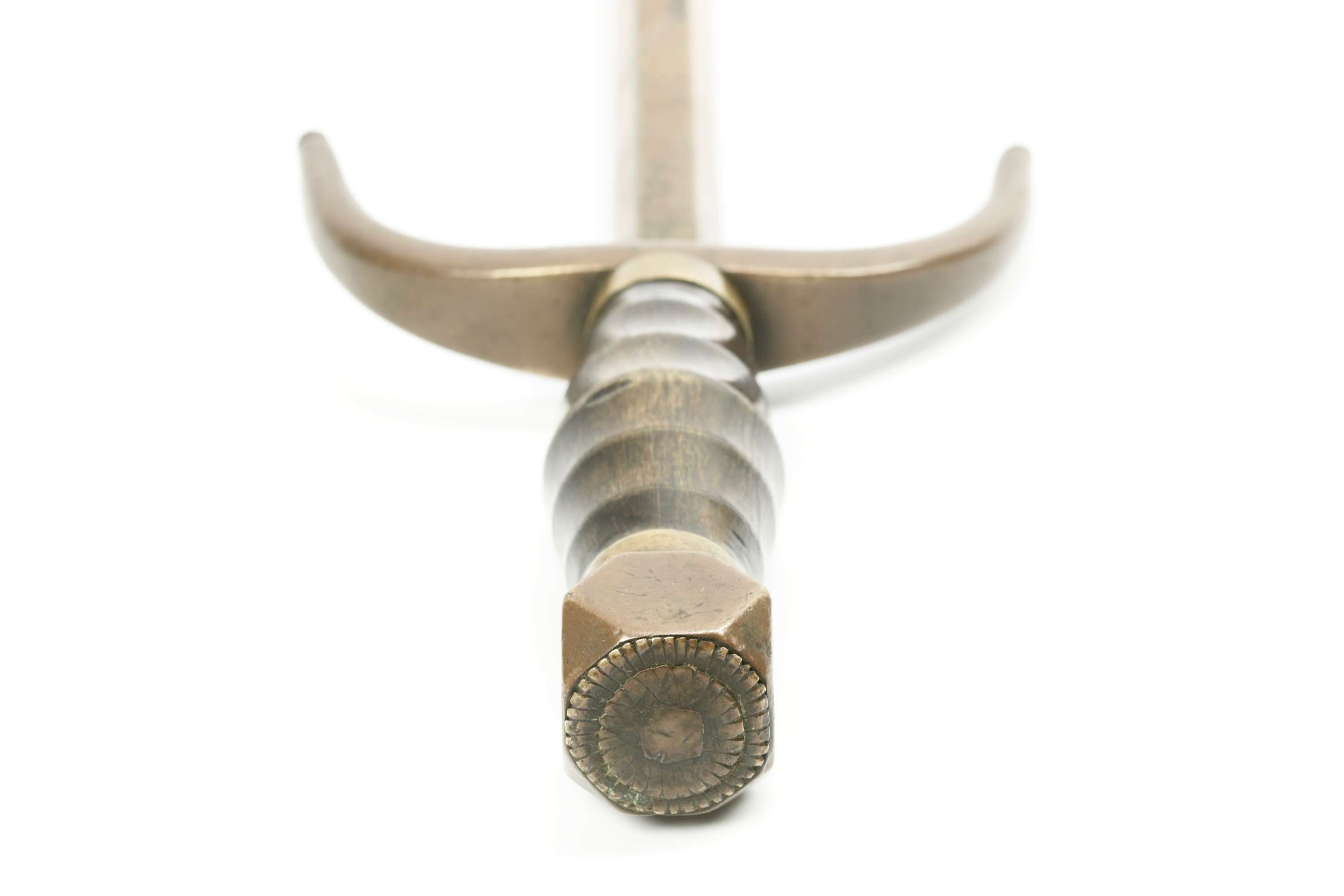 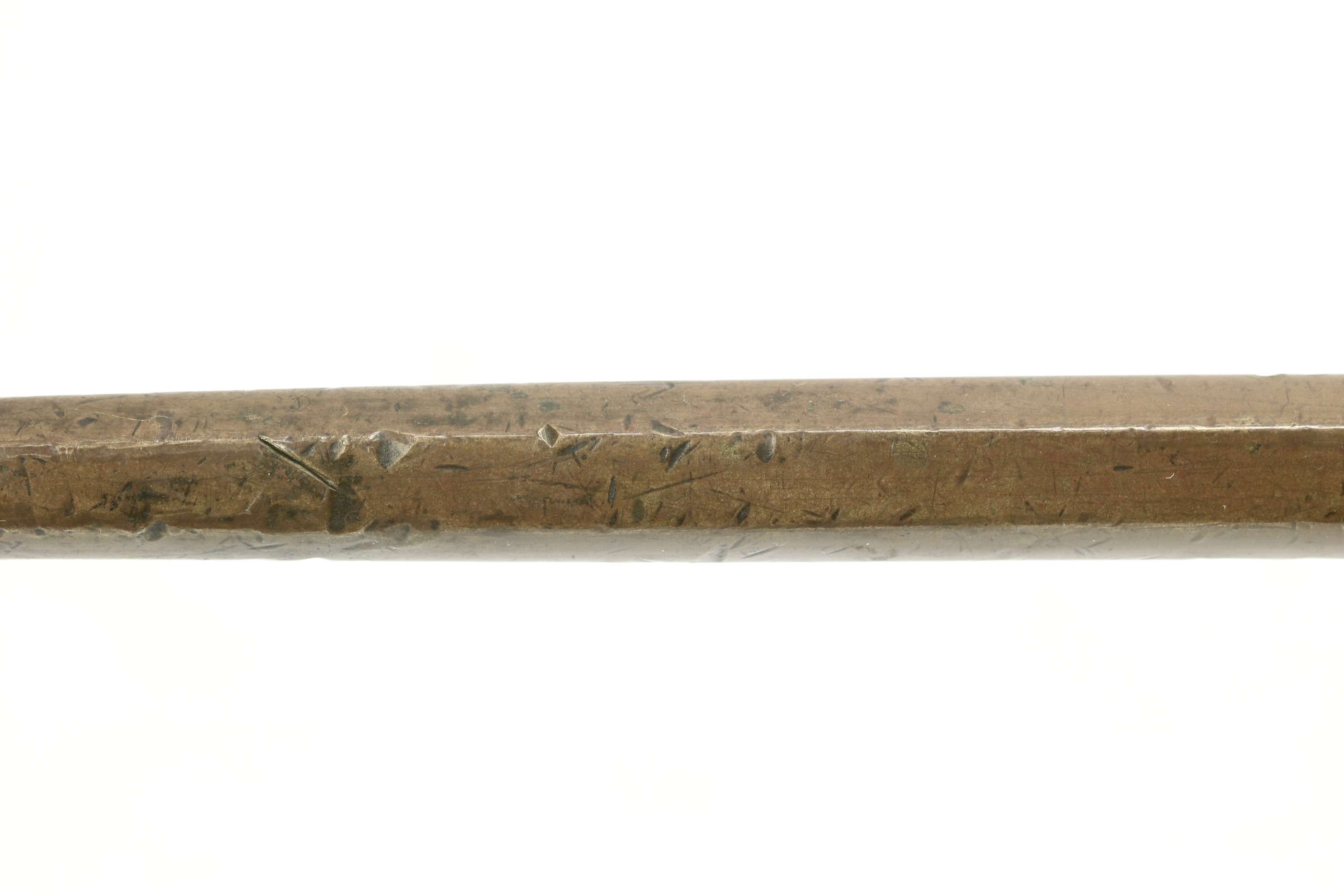 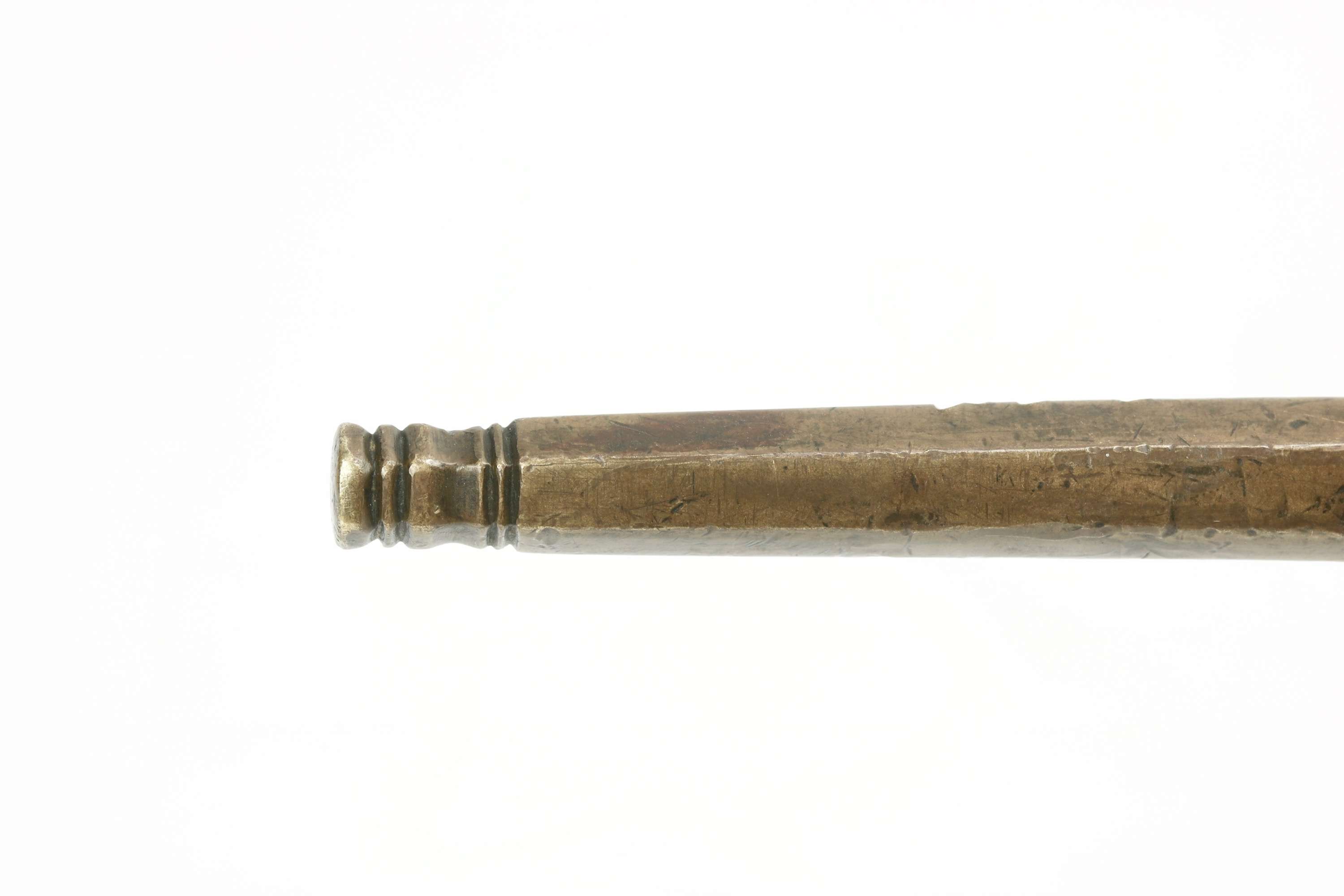 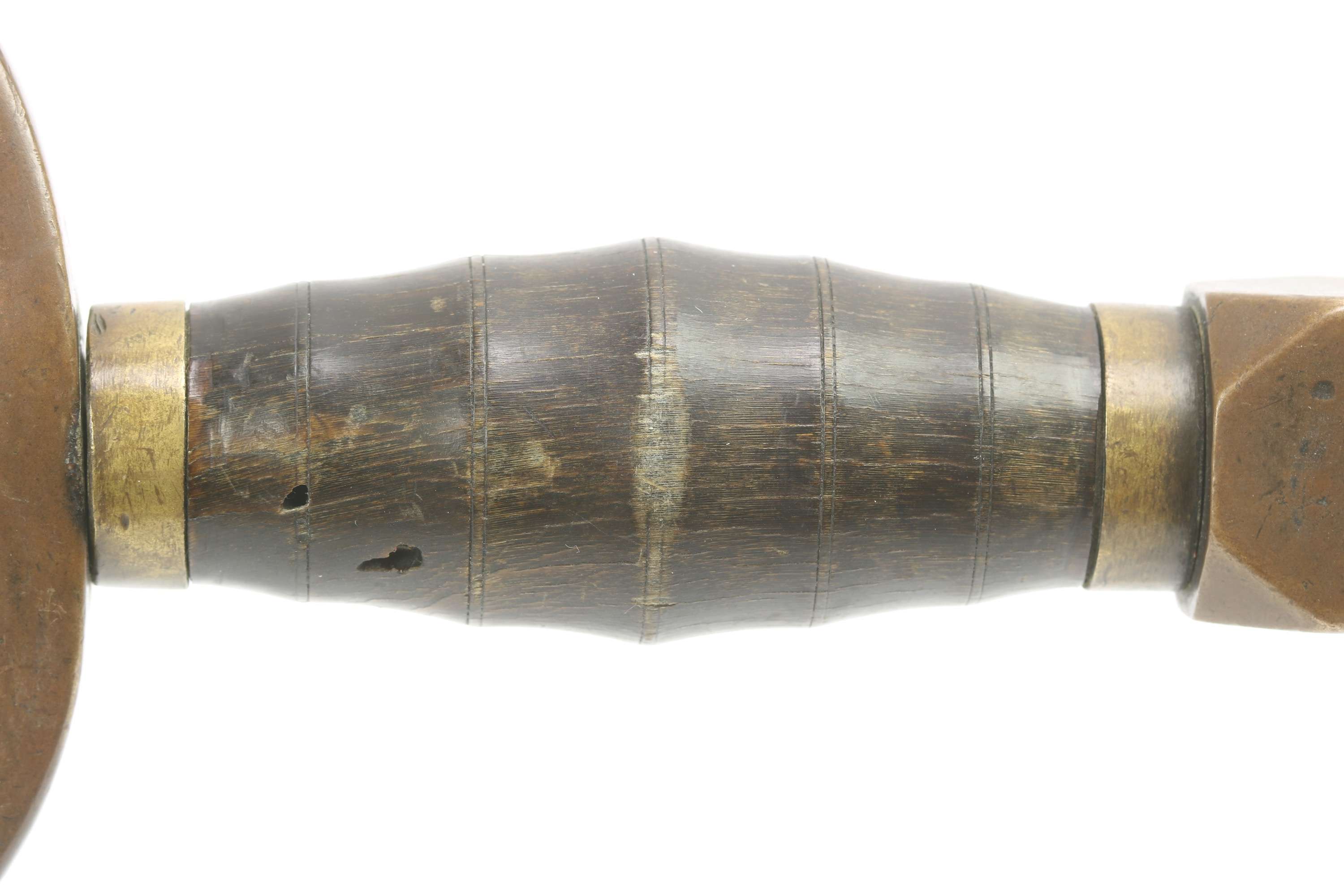