These knives are indiscriminately referred to as pihā-kaetta, in following of their mention as such in Parker (1909).1 However, further study of the literature reveals that pihā-kaetta literally means "billhook knife", which is just one of various types of Sinhalese knives.

In his defense, Parker also mentions that by his time such knives were almost invariably called gal-mita pihē meaning "stone handled knife", regardless of the materials of their hilts, indicating some fluidity and perhaps confusion in terms used, even by the Sinhalese themselves.

Finally, De Silva & Wickramasinghe (2007) clear up the matters with the contemporary romanization of Sinhala: The chopper type is correctly romanized today as pihiya kättha. Pihiya is knife. Ul pihiya literally means "sharp knife", which according to them denotes a knife with an acute point. 3 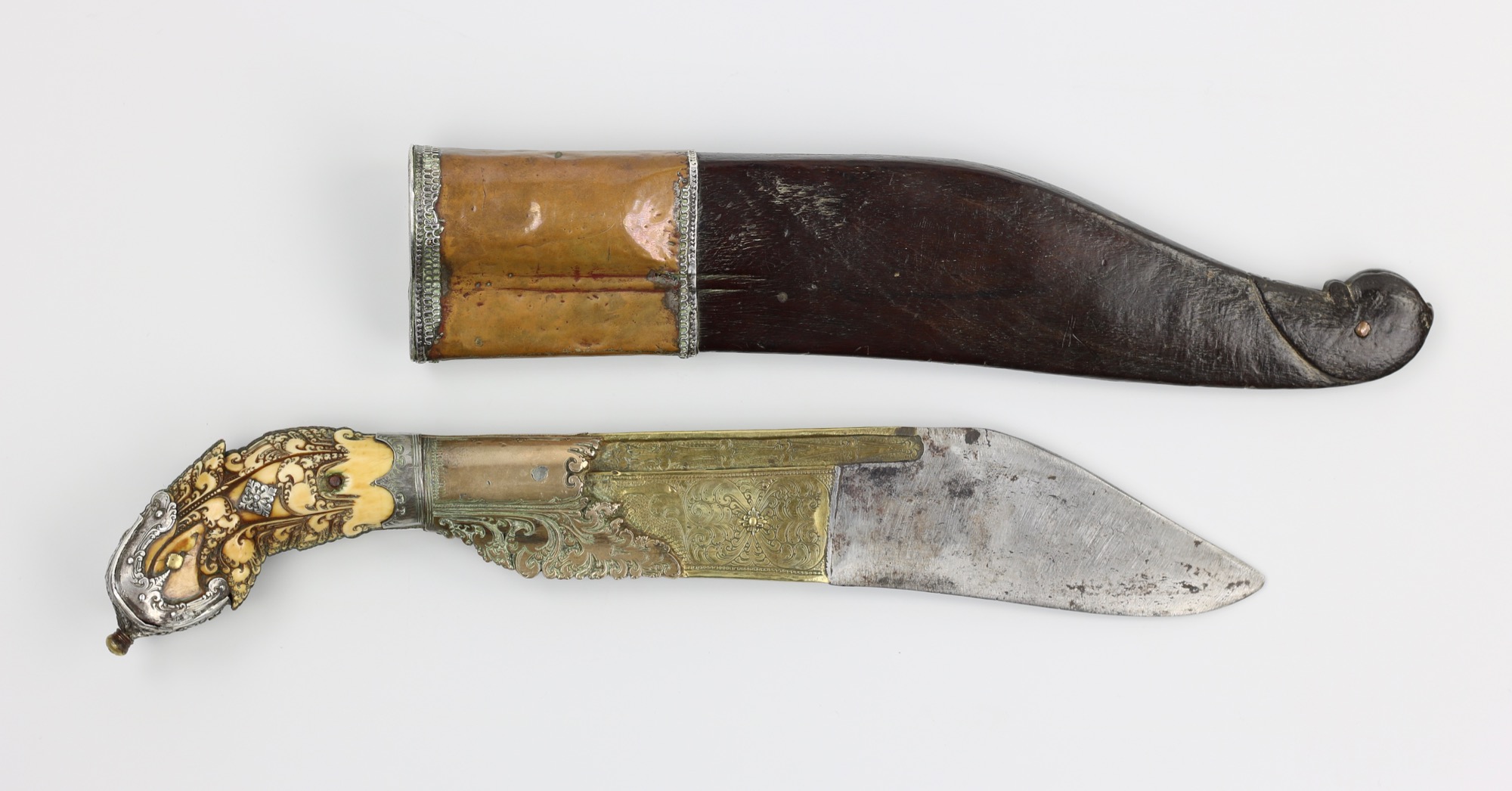