Me mda' is the Tibetan word for matchlock musket. The Tibetan matchlock was typically a smoothbore, modeled after Portuguese matchlocks that were introduced into Asia in the 16th century, which remained in use until the 20th century.1

Tibetan matchlocks are much like those that were in use by the Chinese around the same period, often with a foldable bipod that served as legs to help rest the gun on when aiming. There were subtle differences in the style of the wooden stock and the decoration, with the Tibetan examples typically being decorated with silver plates worked in repousse. A Tibetan matchlock musket.
Sold by Mandarin Mansion in 2019.

The lock is always of simple and straightforward type, with a trigger and serpentine that are made of one single piece of iron that pivots around a peg to lower the match. This type of firing mechanism originated in the Ottoman empire and spread East through Persia into Central Asia to China and Tibet. It was known in China as lumiqiang or "Roman gun", which reached China around 1530. This in contrast to the spring-loaded snapping Indo-Portuguese type, which was introduced into by the Portuguese in the 16th century. This type became widespread in Southeast Asia, Japan, Korea and parts of southern China.

The Wuti Qingwen Jian, a late 18th-century five-language dictionary, lists various names for the matchlock musket in the main languages of the Qing empire. 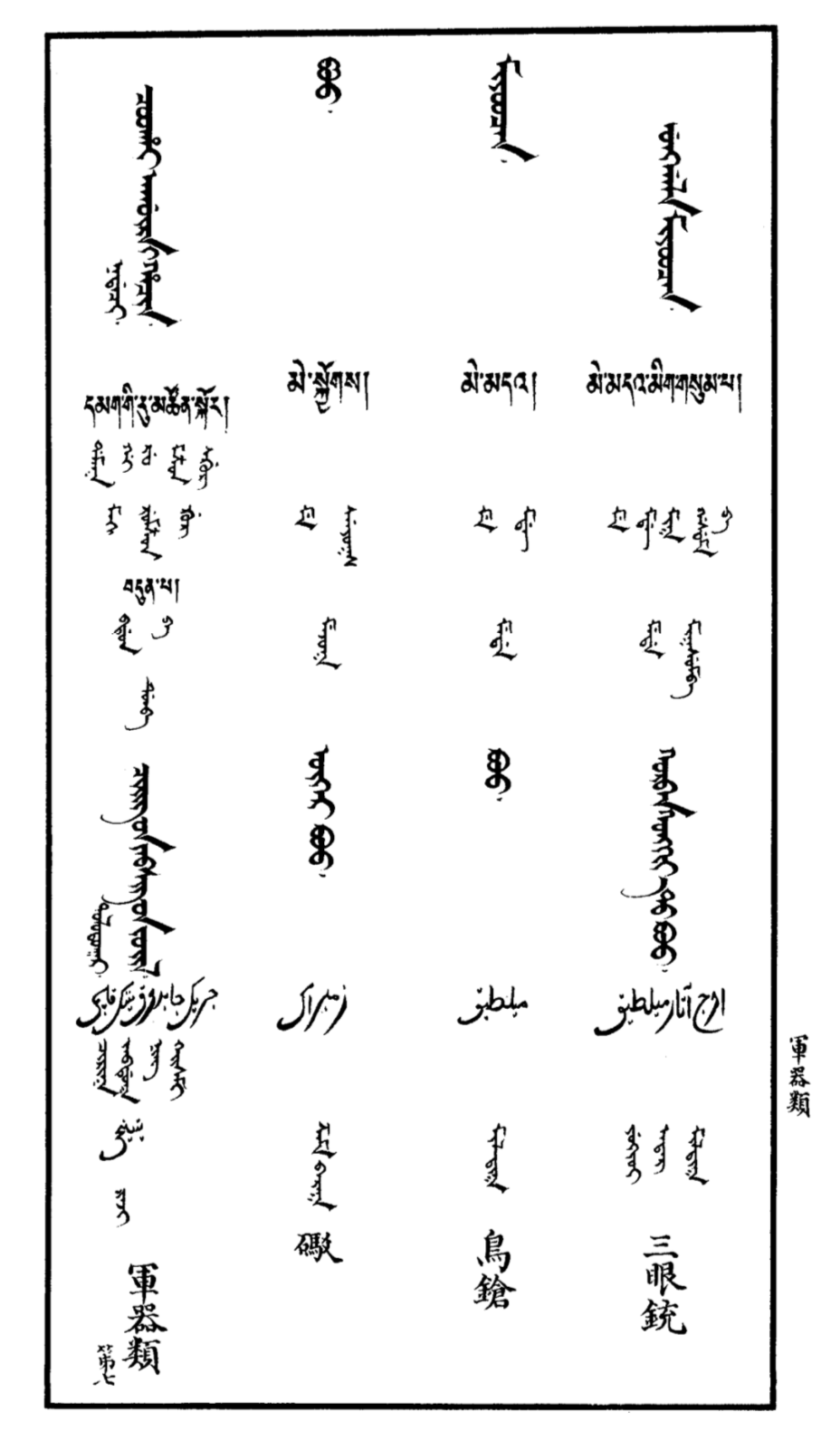 Relevant page of the Wuti Qingwen Jian. The musket entry is the third column from the left.

From top to bottom: