The Imperial Bodyguard of the Qing dynasty was an elite unit within the elite Eight Banners troops, they were generally picked from the most capable and loyal soldiers.

Their task was to escort the emperor and protect his person.

The individual imperial guard was called Shìwèi (侍衛) in Chinese.
Hiya in Manchu. 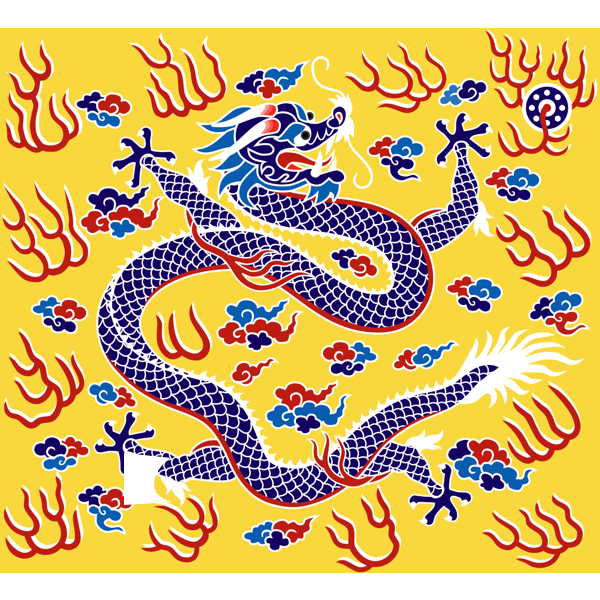 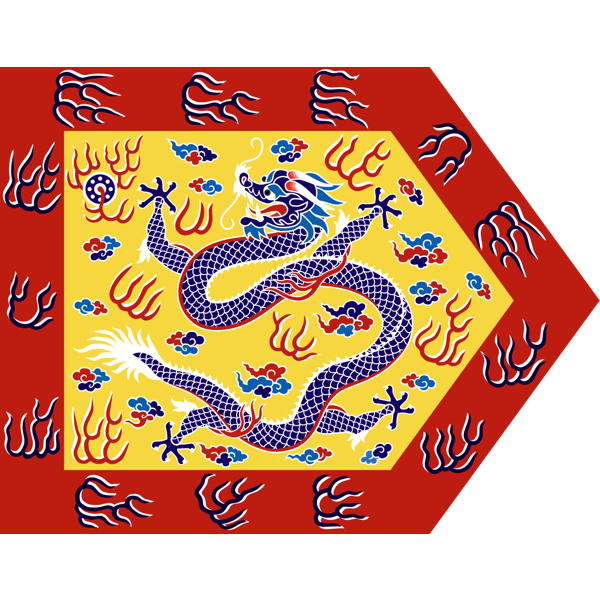 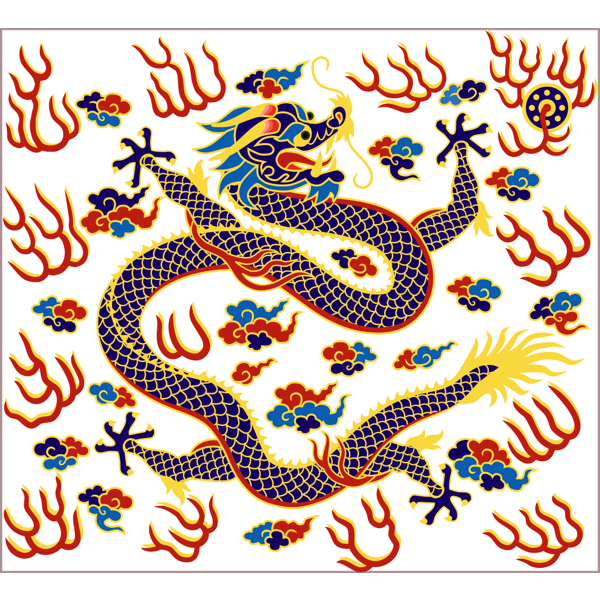 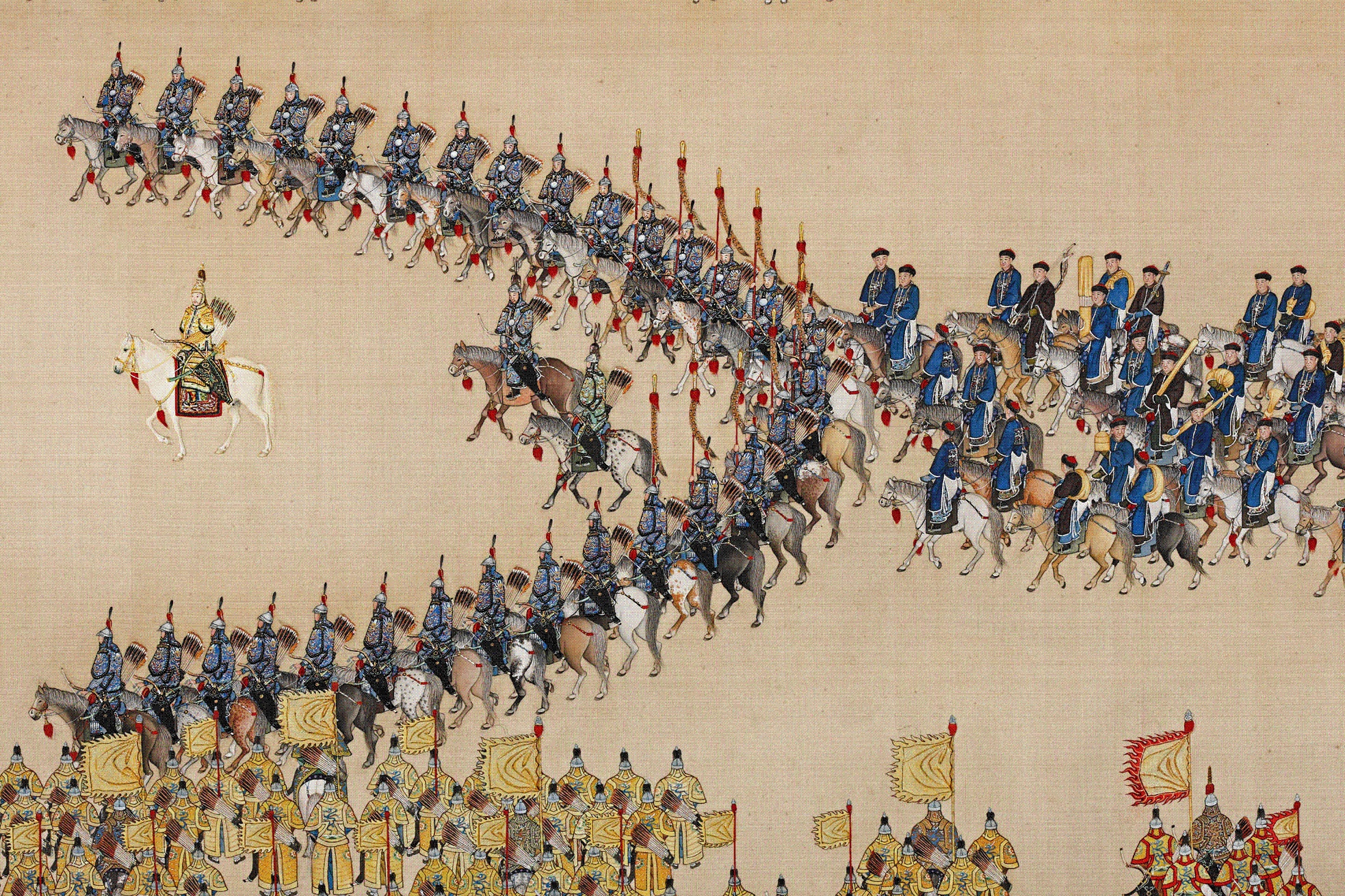 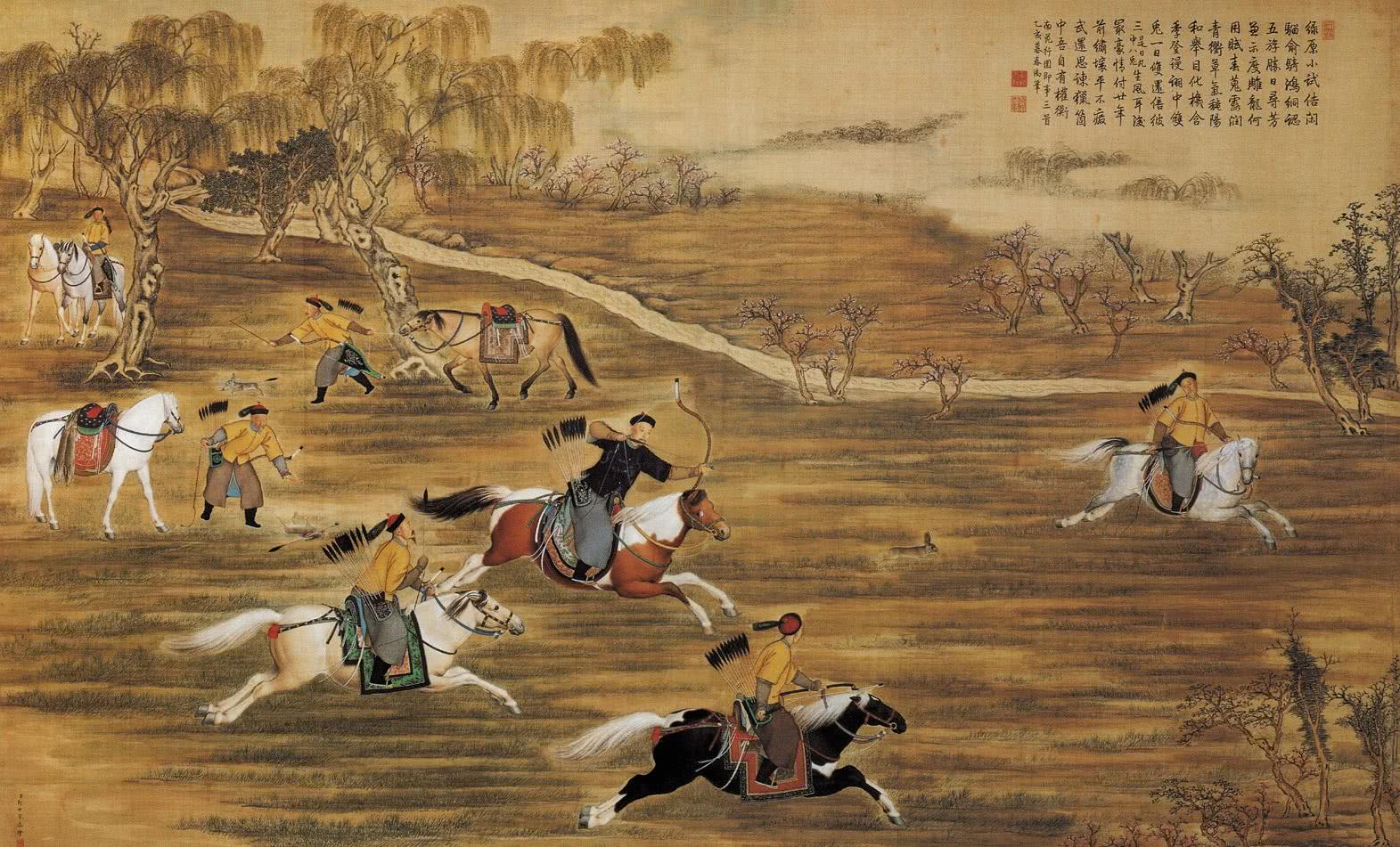 Comprehensive statutes of the Eight Banners of 1796:

The Imperial Guard was lead by two Shìwèi Nèi Dàchén (侍衛內大臣) or "Chamberlain of the Guards". (Grade 1a).
Next were a varying number of Nèi Dàchén (內大臣) or Senior Assistant Chamberlain. (Grade 2a).
They lead up to 200 Shìwèi (侍衛) or "Imperial Bodyguards" divided over three grades. (Grade 3a - 5a).3

Brunnert and Hagelstrom provide a snapshot of the organization as it was in 1911:

The Imperial Bodyguard was divided into:

3. Chinese Corps of the Imperial Bodyguard
Divided in First Class, Yī Děng (一等), Second Class, Èr Děng (二等) and Third Class, Sān Děng (三等).
When on duty, divided into bān (班) or "reliefs" which in turn are divided into Yì (翼) or "wings".
Each relief is lead by a Commander of a Relief, Shìwèi Bānlǐng (侍衛班領).
Below him is a Second in Command of a Relief, Shǔ Qīnjūn Xiào (署親軍校).
For every 10 privates, there is an Imperial Guard Sergeant, Shìwèi Shénzhǎng (侍衛什長). 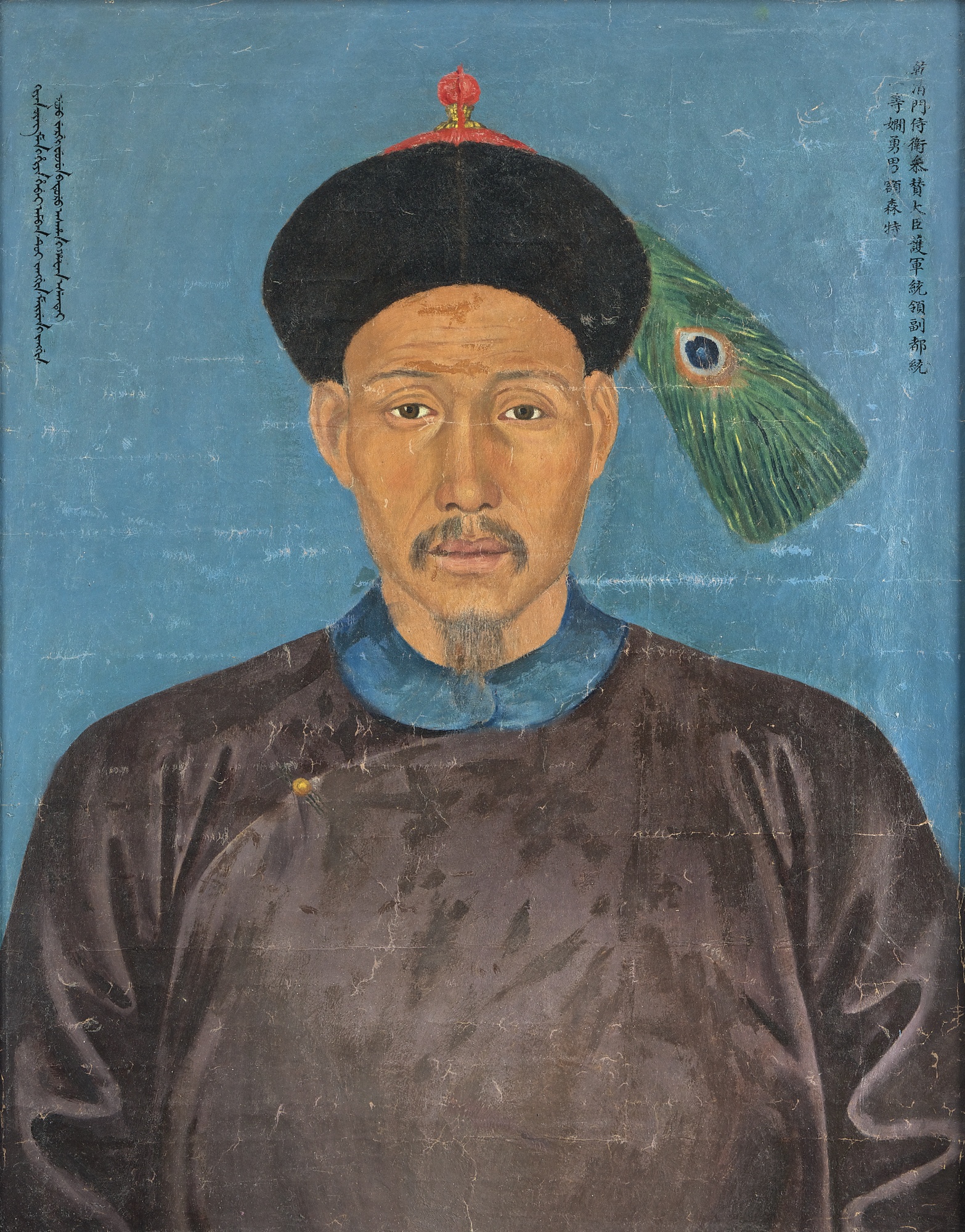 Since he was greatly experienced,
I had him take part in strategic planning,
and when he was placed in full charge, he continued to have success
after success." 5 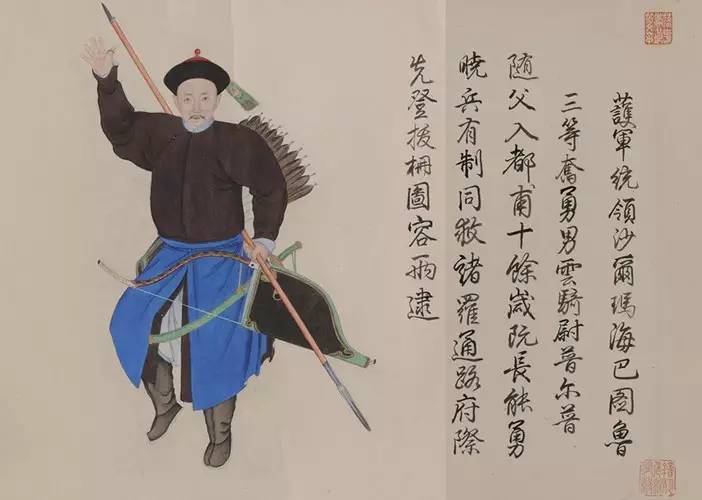 Weaponed and armoured, sheltering in snowy dugouts on icy
mountains, he was so able at engaging and withdrawing that enemies
dared not resist him." 6 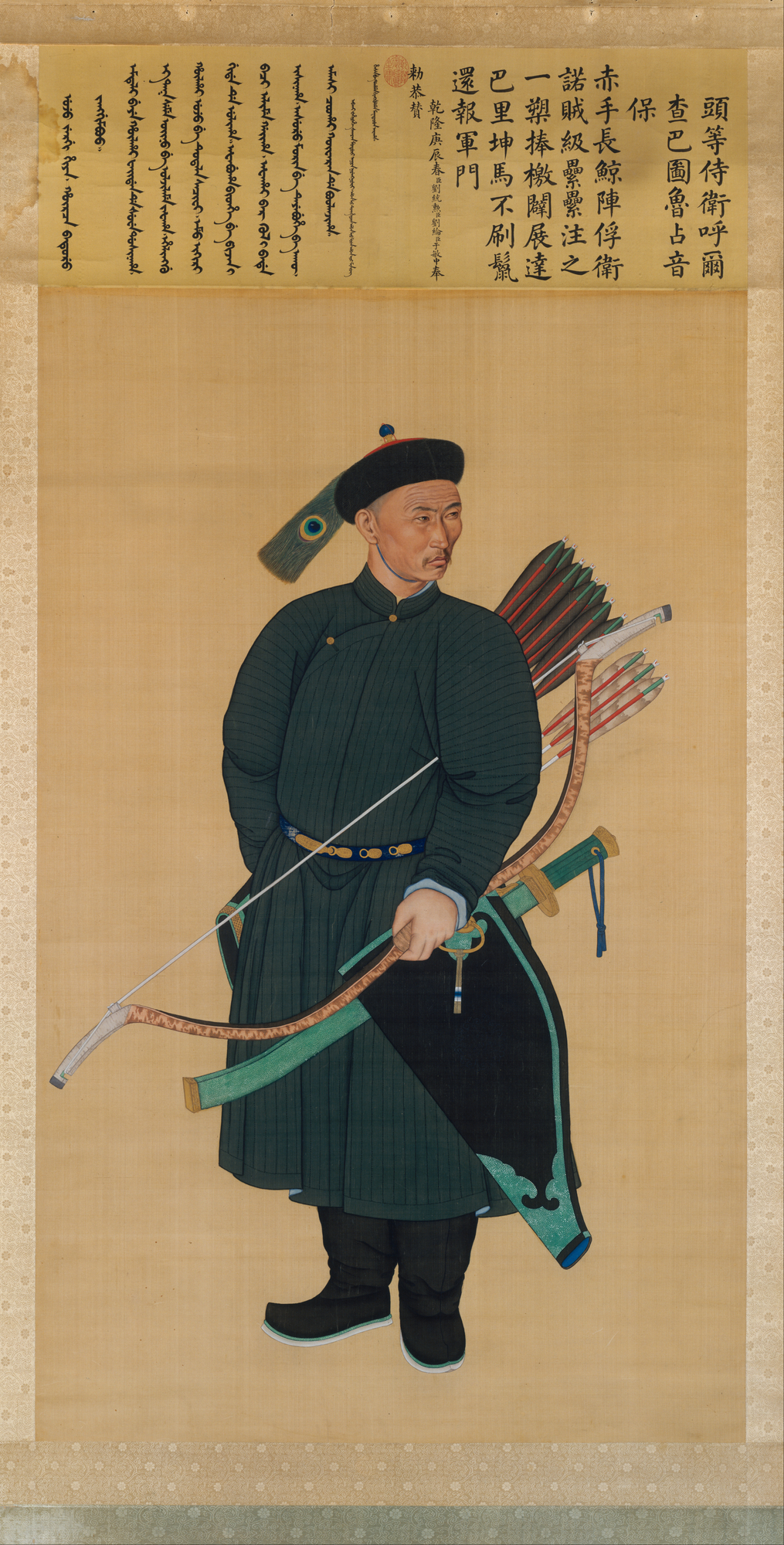 Janggimboo, Imperial Guard of the First Rank and Hurca Baturu.

Carrying an official summons to war from Pizhan,
When he arrived at Bar Kol,
He did not [waste time to] brush the mane of his steed.
[Immediately he] turned back to report to his commander." 7