In English this part is called the "string bridge". Its purpose is to lift the string somewhat from the ear. When pulling the bow, the initial draw weight buildup is quite steep, until the bow is bent far enough so that the string leaves the bridge. Now the ear comes into play that helps bend the working limbs, and there is the perception of a smoother draw. Upon release, the opposite happens and when the string hits the bridge there will be a quick "snap", and an extra push into the arrow.

A higher string bridge can further increase the effective angle of the ear, helping in the draw. A wider bridge can help prevent the string from slipping past the ear. This is why you typically see very wide bridges on strength bows, that are pulled at the max of one's capabilities and thus misalignment is to be expected.

During the Qing dynasty, string bridges were typically made of antler. Wood is also encountered. 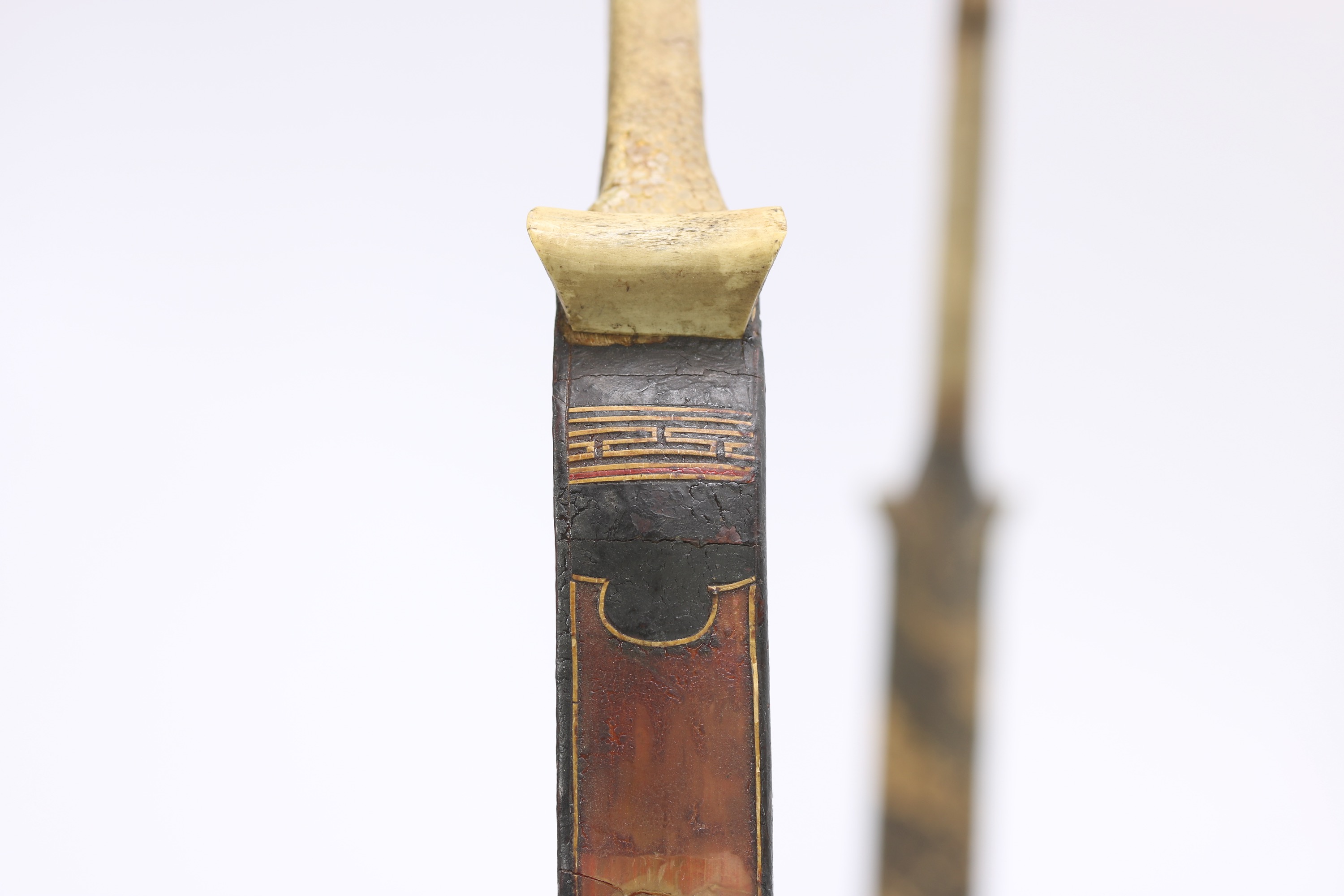 A deer antler string bridge on a Qing dynasty bow.
Sold by Mandarin Mansion in 2018. 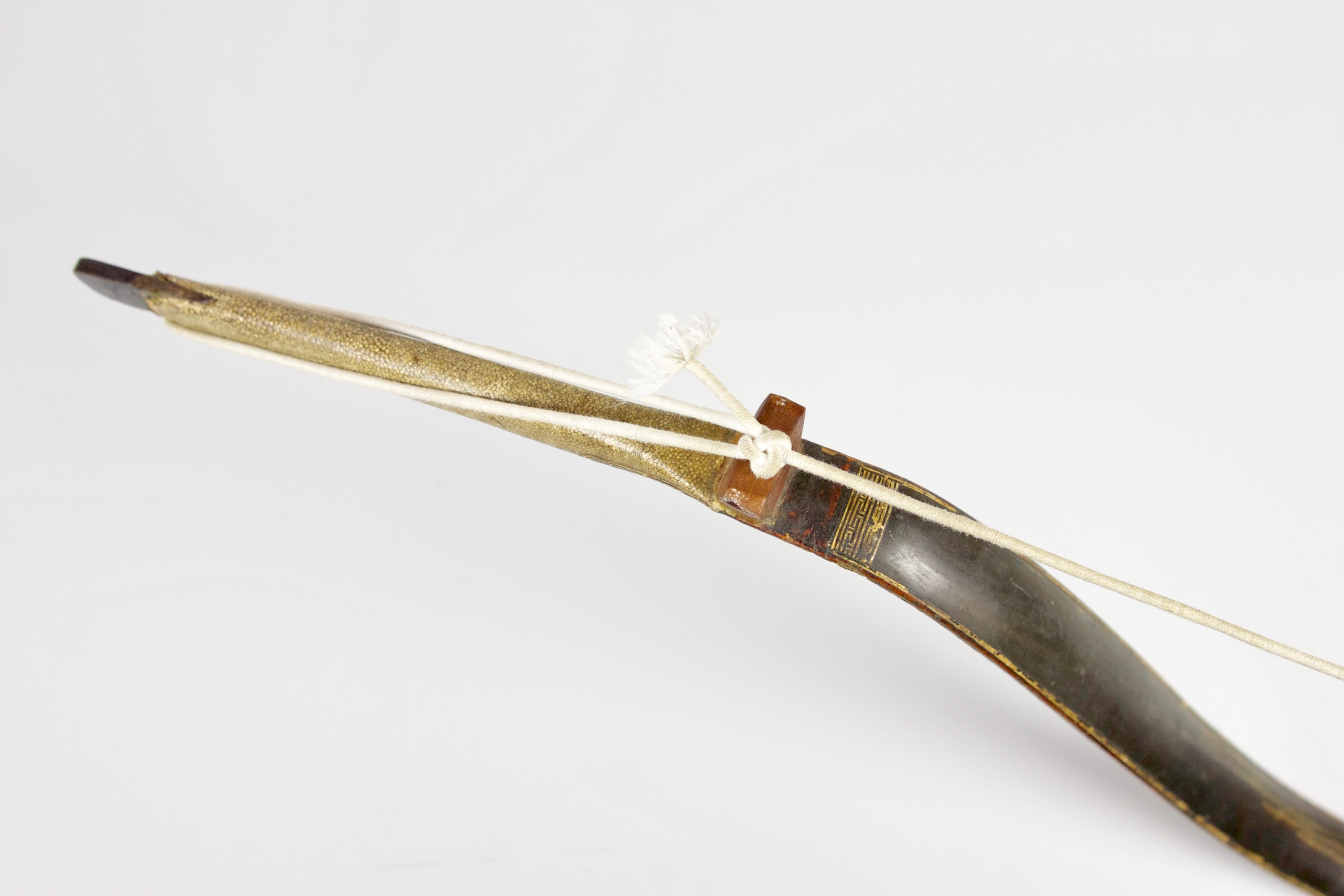 The string knot resting on the string bridge of a Qing bow.
Sold by Mandarin Mansion in 2016.

Notes
All terms are from: Wuti Qingwen Jian (五體清文鑑) or "Five languages compendium", a Qing imperial dictionary in Manchu, Mongolian, Uighur, Tibetan, and Chinese of circa 1790. Published under the Qianlong emperor.