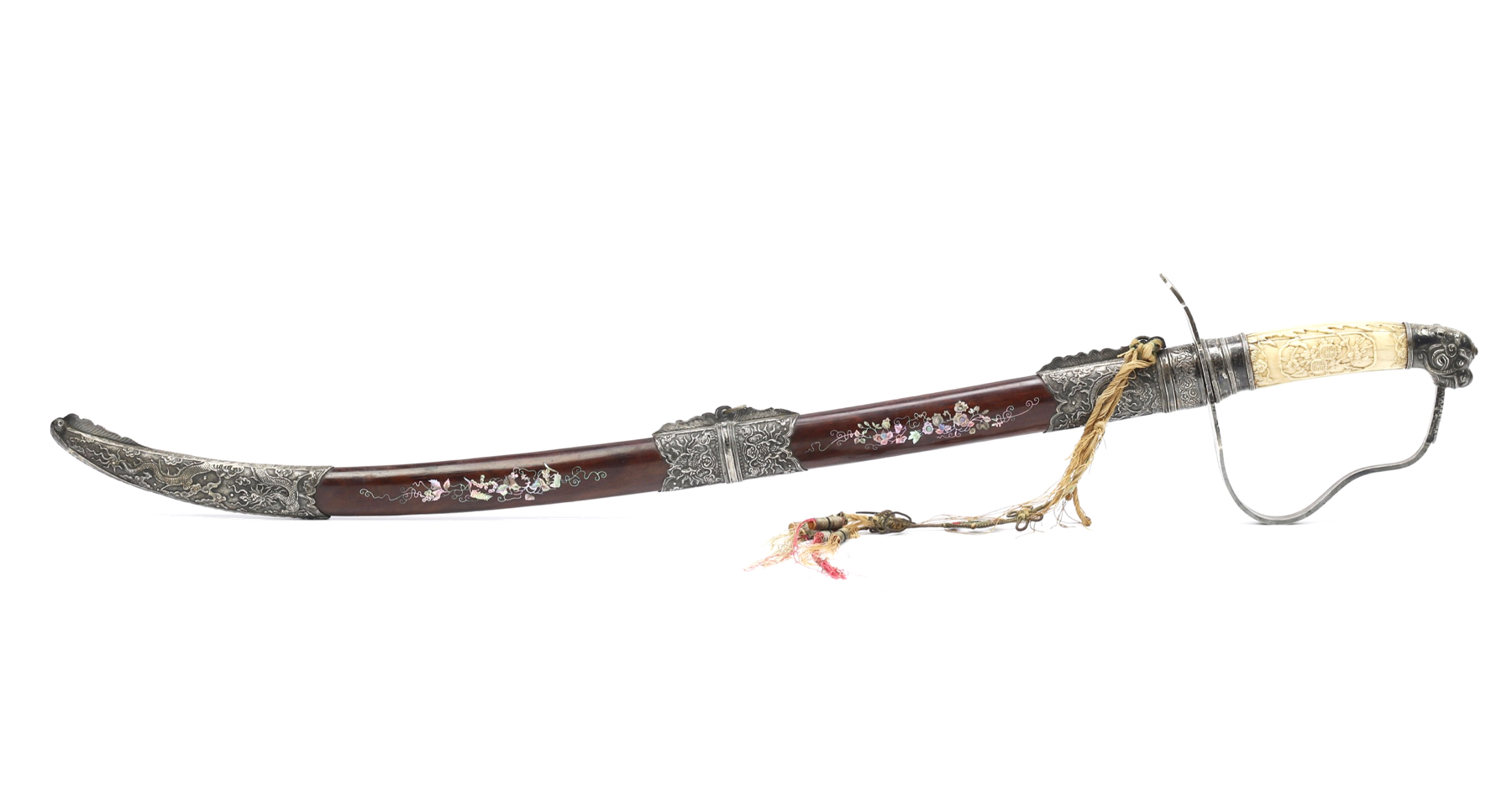 The blade is made of brass, purely ceremonial, its only function is to keep the hilt and scabbard together.

The hilt has a large copper D-shaped guard with silver edging, extending from a silver lion pommel to a silver ferrule with bands of braided silver wire. It has a finely carved ivory grip with on each side a cartouche with a branch of blossoming plum and two plaques with stylized longevity symbols. The back of the grip is carved with manes, an extension of the manes of the stylized lion head pommel. All hilt mounts with a deep dark blue hue, indicating silver of very high purity.

The scabbard is made of beautiful hardwood of a warm, deep almost purplish color. It is fitted with three silver mounts in typical Vietnamese fashion. Each mount is worked in repousse with designs of traditional dragons among clouds. The work, especially on the scabbard mouthpiece and endpiece, is some of the finest I've seen on these, ranking among the very best silverwork coming out of Vietnam.

Each exposed wooden panel of the scabbard is finely inlaid on both sides with mother-of-pearl. The designs depict squirrels on grapevines and butterflies visiting fruity branches. Like the silverwork, the quality of the inlays ranks among the very finest I have seen so far.

The scabbard retains the original tassel you often see on old photographs.

In near-excellent condition. Some damage to the brass blade's tip (who cares?), and some very minor denting on some of the silver. See pics. One silver "curl" missing at the scabbard endpiece, the other side still retains it. Some movement in the hilt, which is common on these. 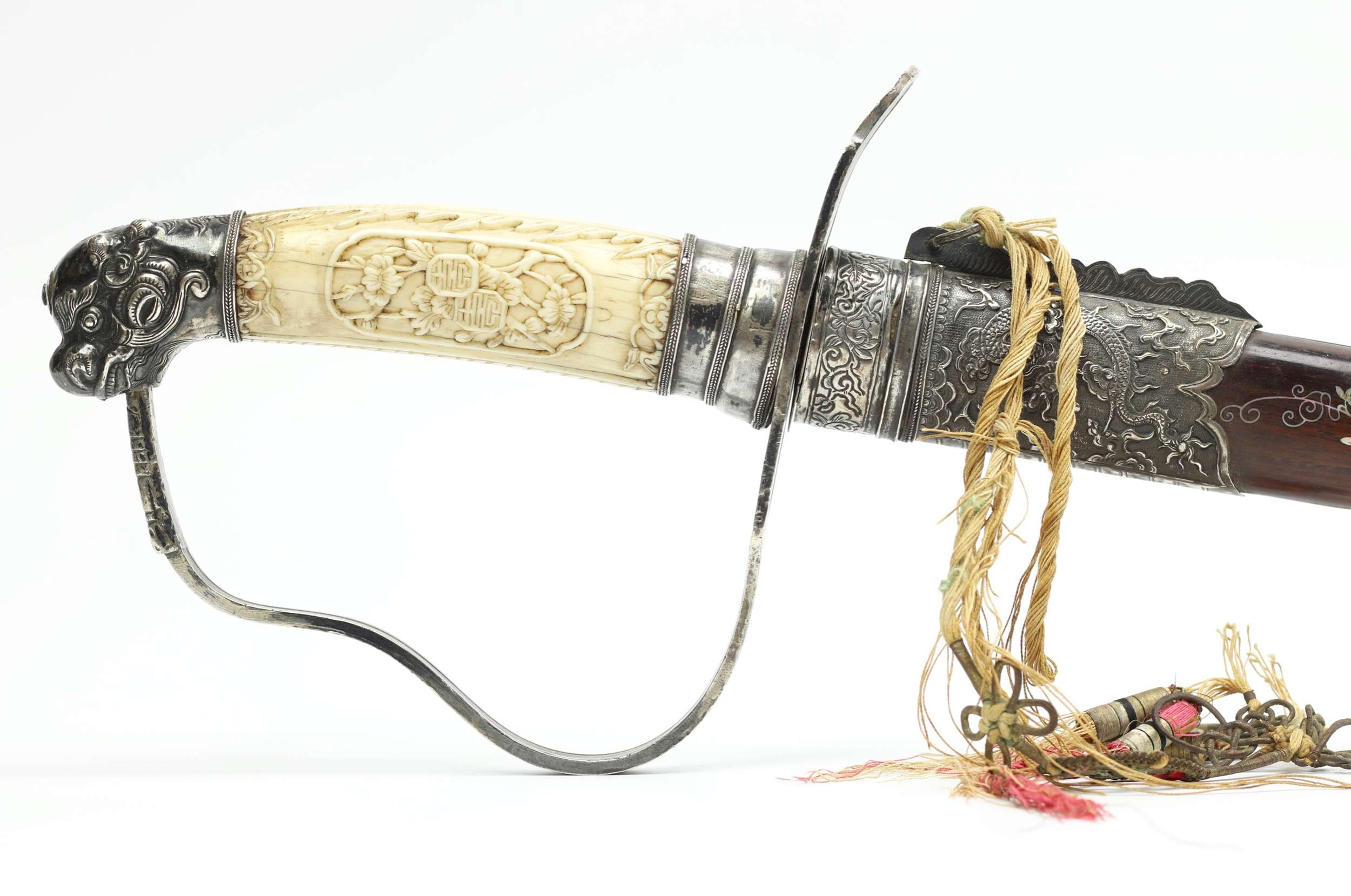 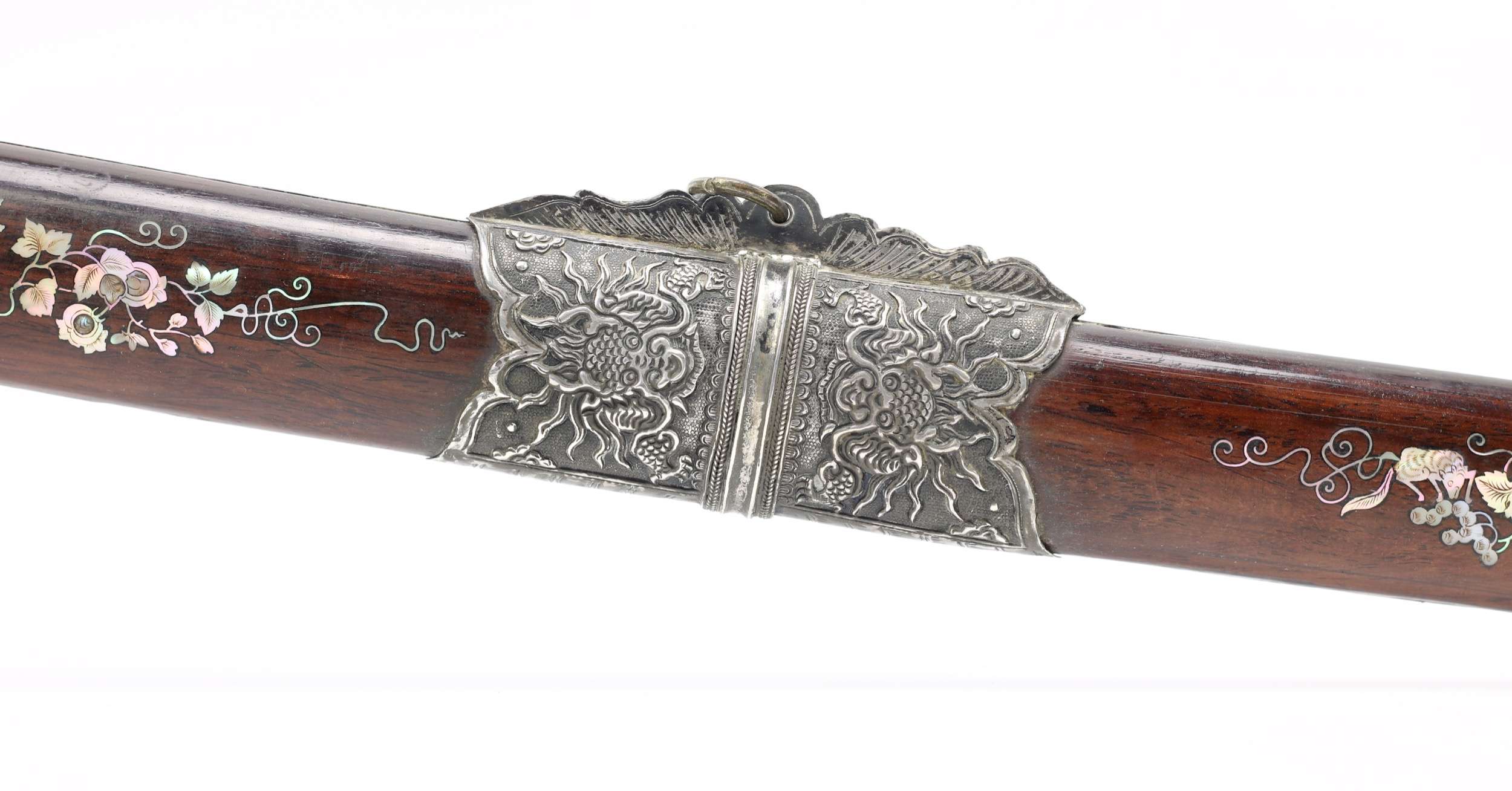 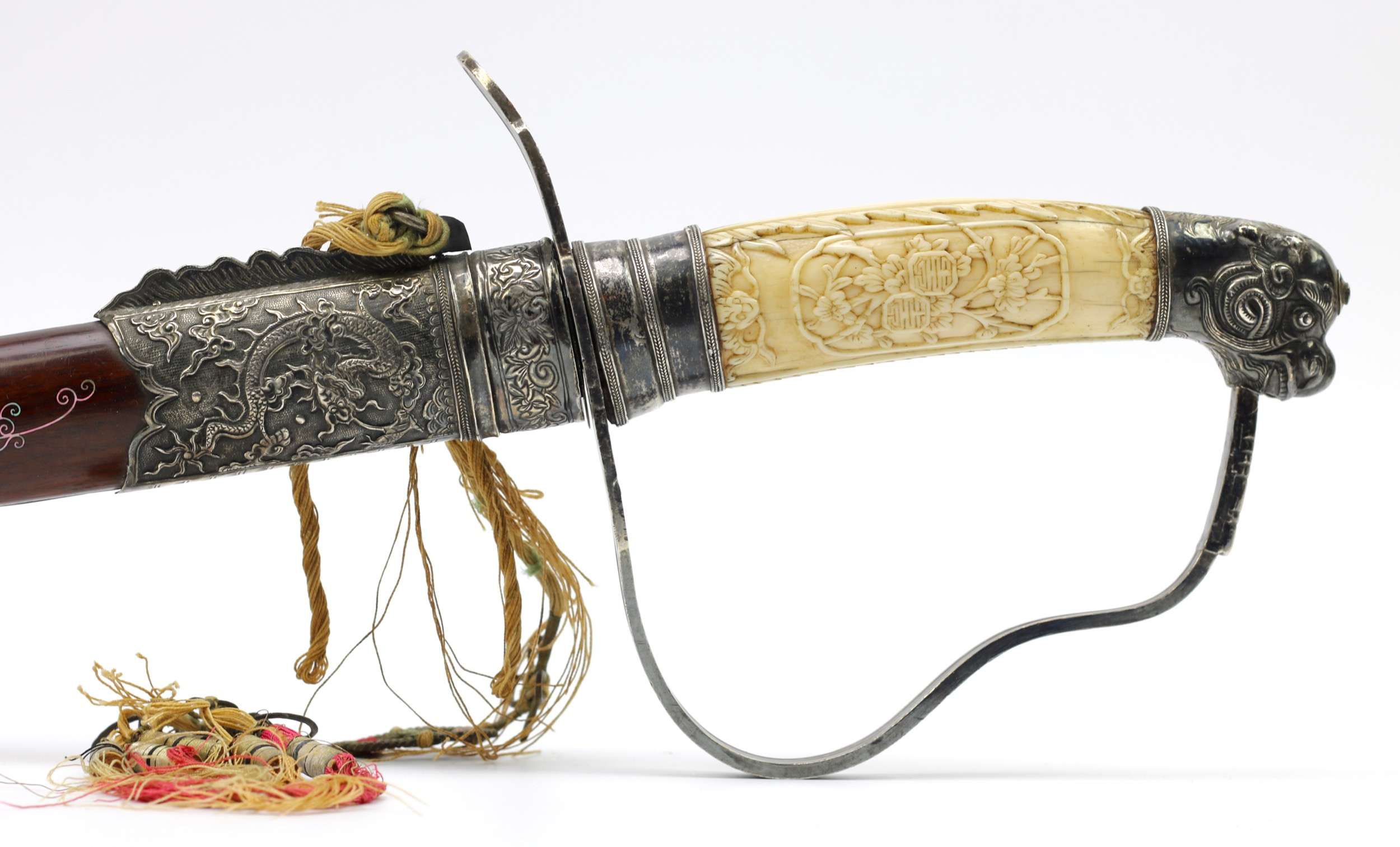 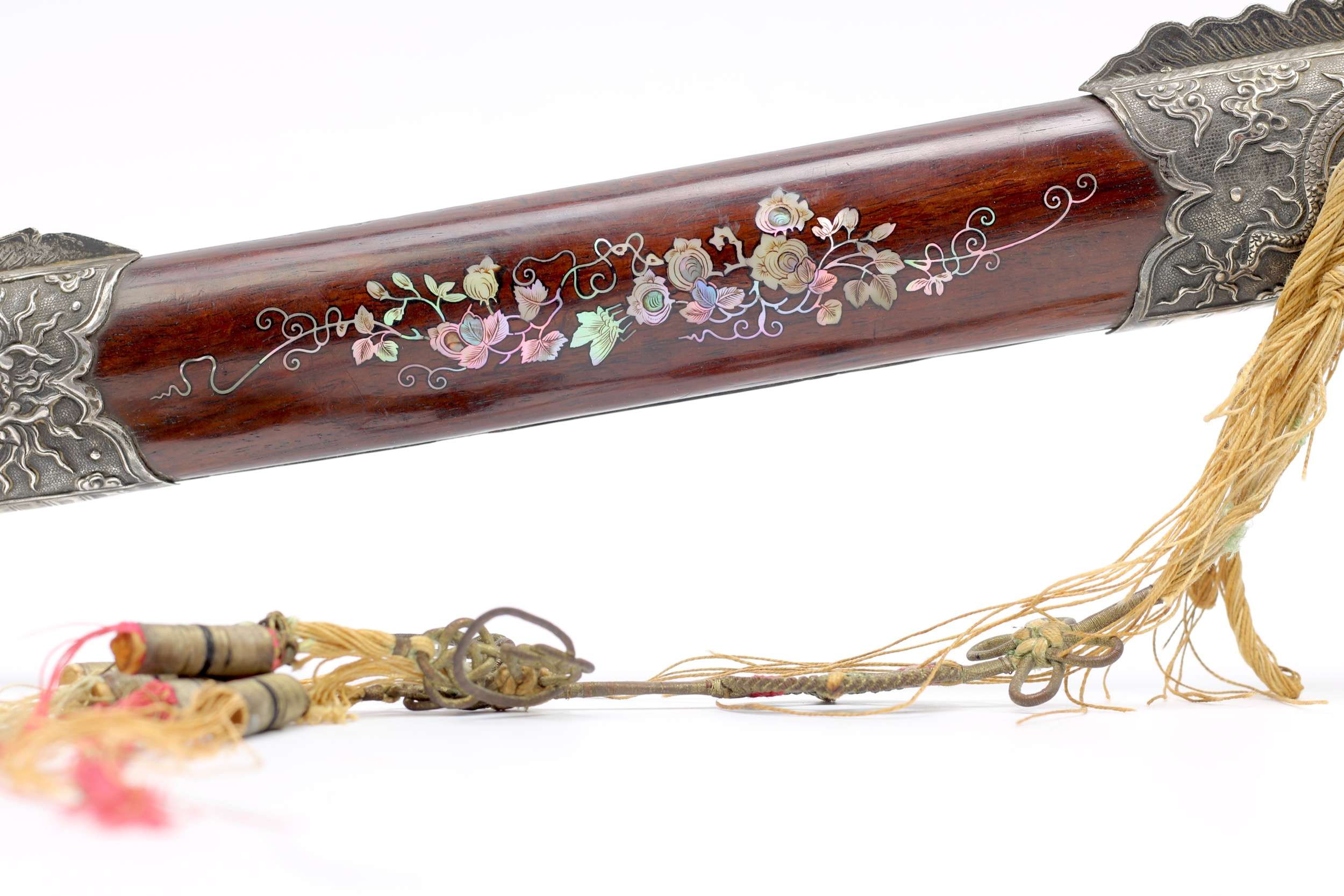 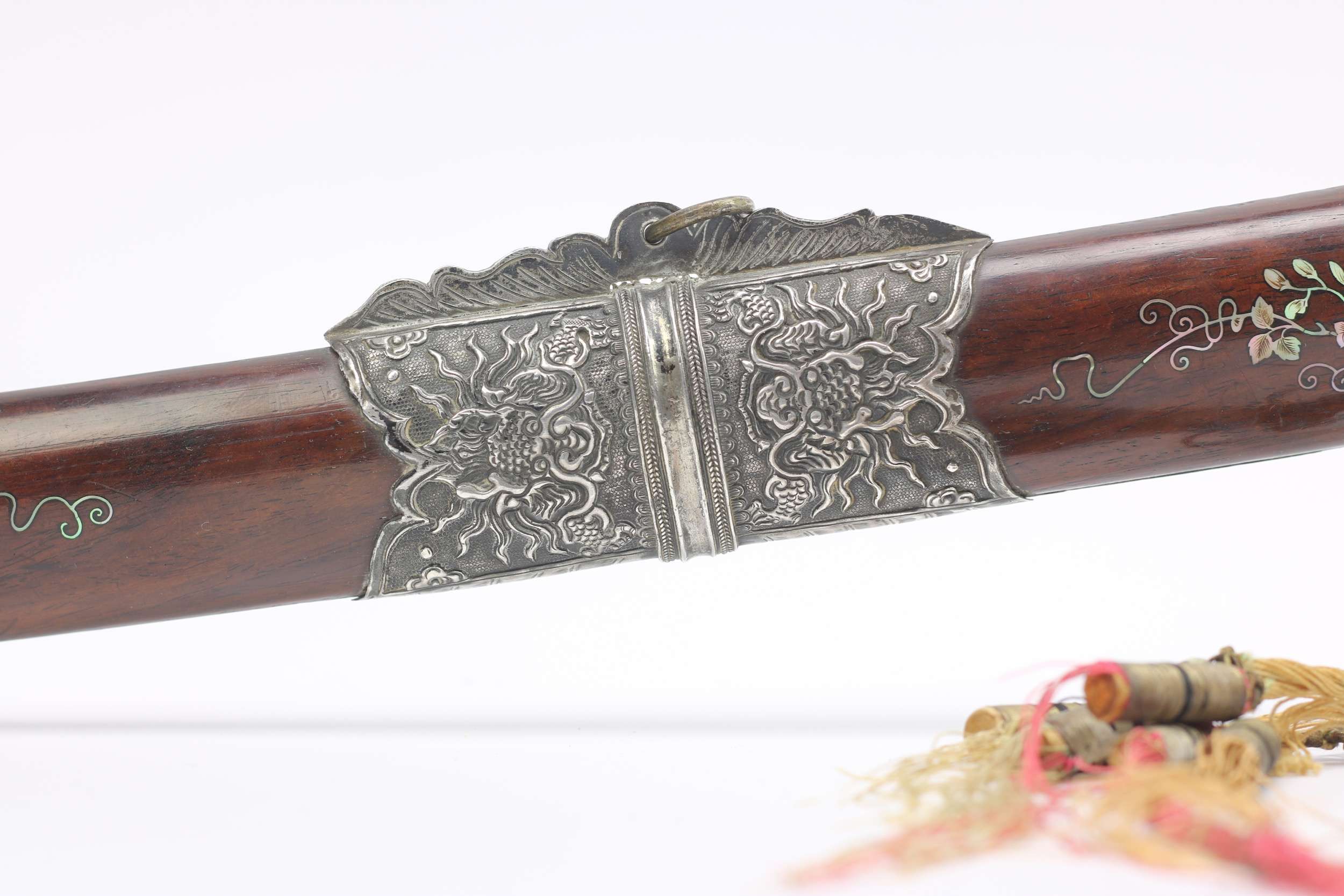 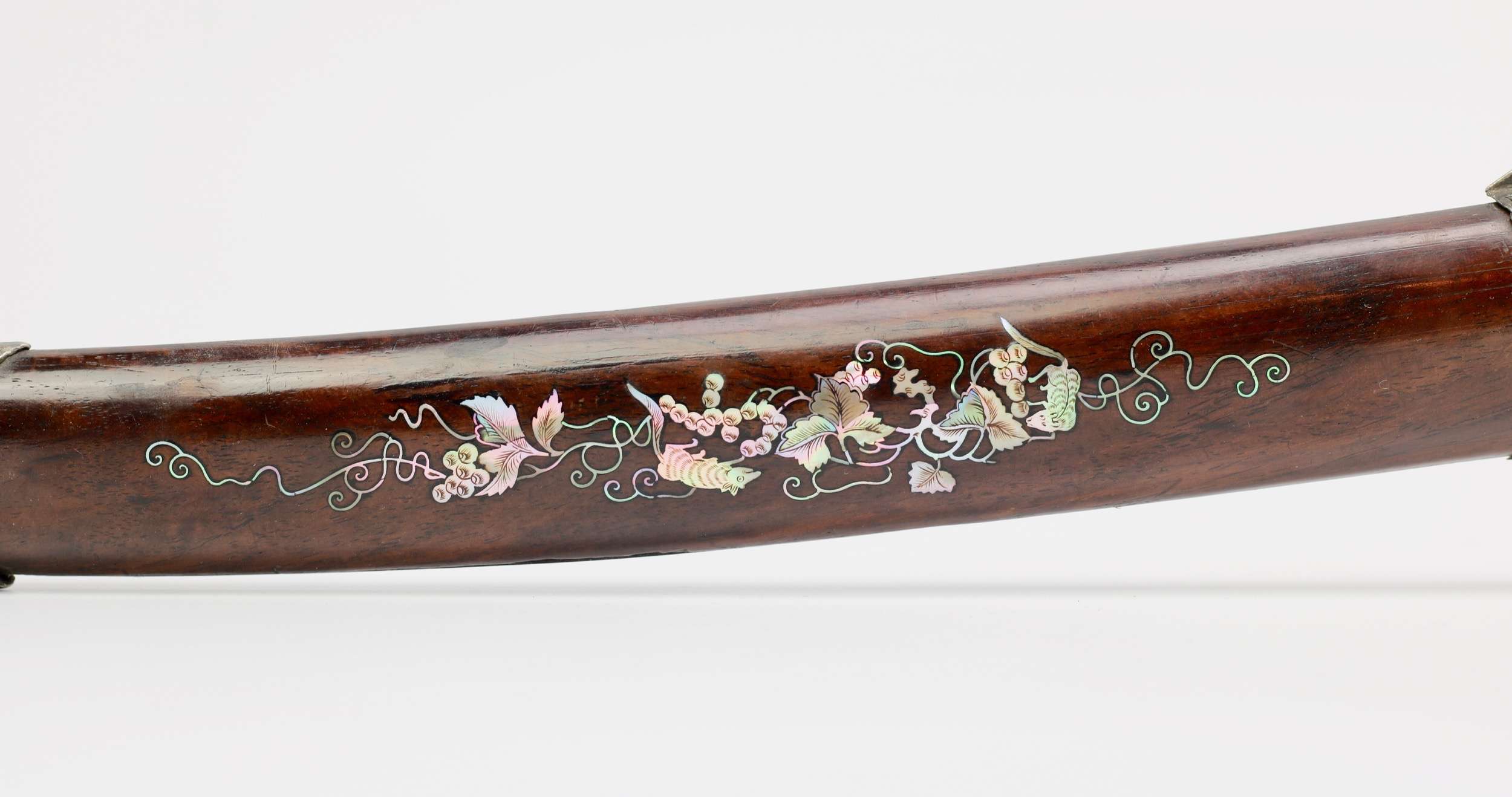 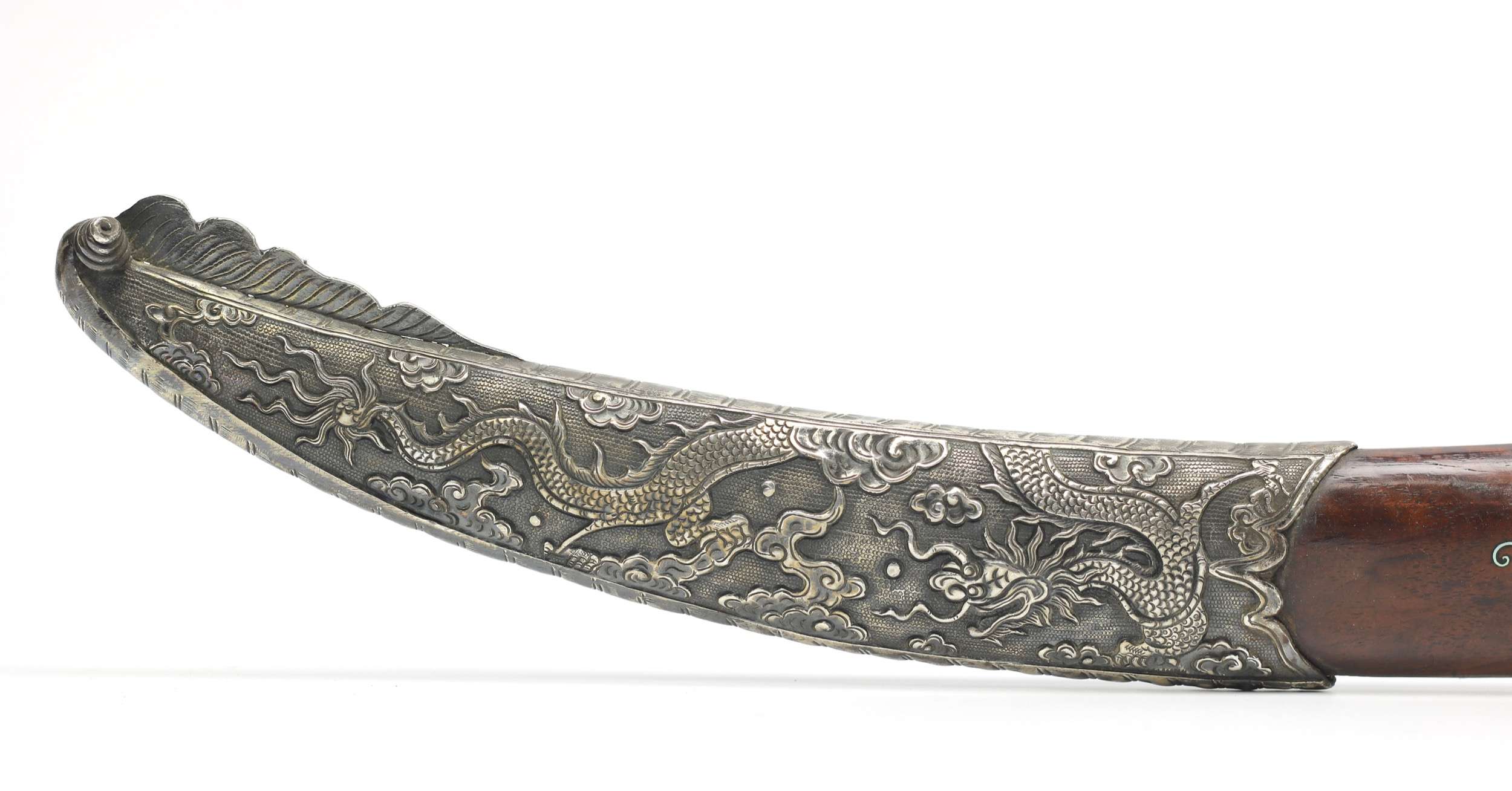 A remarkable example of bladesmithing with a 5 row twist-core pattern that meanders over the blade.

Signed by an artist named Kanesada from Higo.