Where dome is the widest

One of my favorite types of katar. They exhibit a kind of advanced aesthetic that was peculiar to 16th and 17th century South India. Other than most north Indian pieces, they rarely have any engraved or golden damascened decoration and solely rely on geometry for their appeal.

Like many, this katar is built around a blade that may well be a European import, a cut-down sword tip. It could also be a locally made piece that was made to look like the European blades that were popular around that time. It is held by two langets and riveted in place, South Indian style.

The base of the hilt is a narrow dome with sharp "shoulders" that connect to the sidebars. A construction that is not only beautiful but also very strong. The sidebars are not just cut from flat plates, they are entirely worked in three dimensions with a convex center panel, framed by two lines. The work is repeated on the insides as well.

The handlebars are a sculptural work of art, so accomplished and timeless that it looks futuristic to my 21st-century eye.

These katar are the next step in evolution from the 16th century Vijayanagara hooded katar and were made in the 17th and 18th centuries. This example, with the relatively large ball grips and fine detailing, can be confidently dated to the 17th century.

In nice, original condition throughout. No deep pitting or significant damage. All details are still quite crisp, which is rare on pieces of this age.

A nice, honest example of an early south Indian katar, with great sculptural qualities, rarely found in this crisp condition. 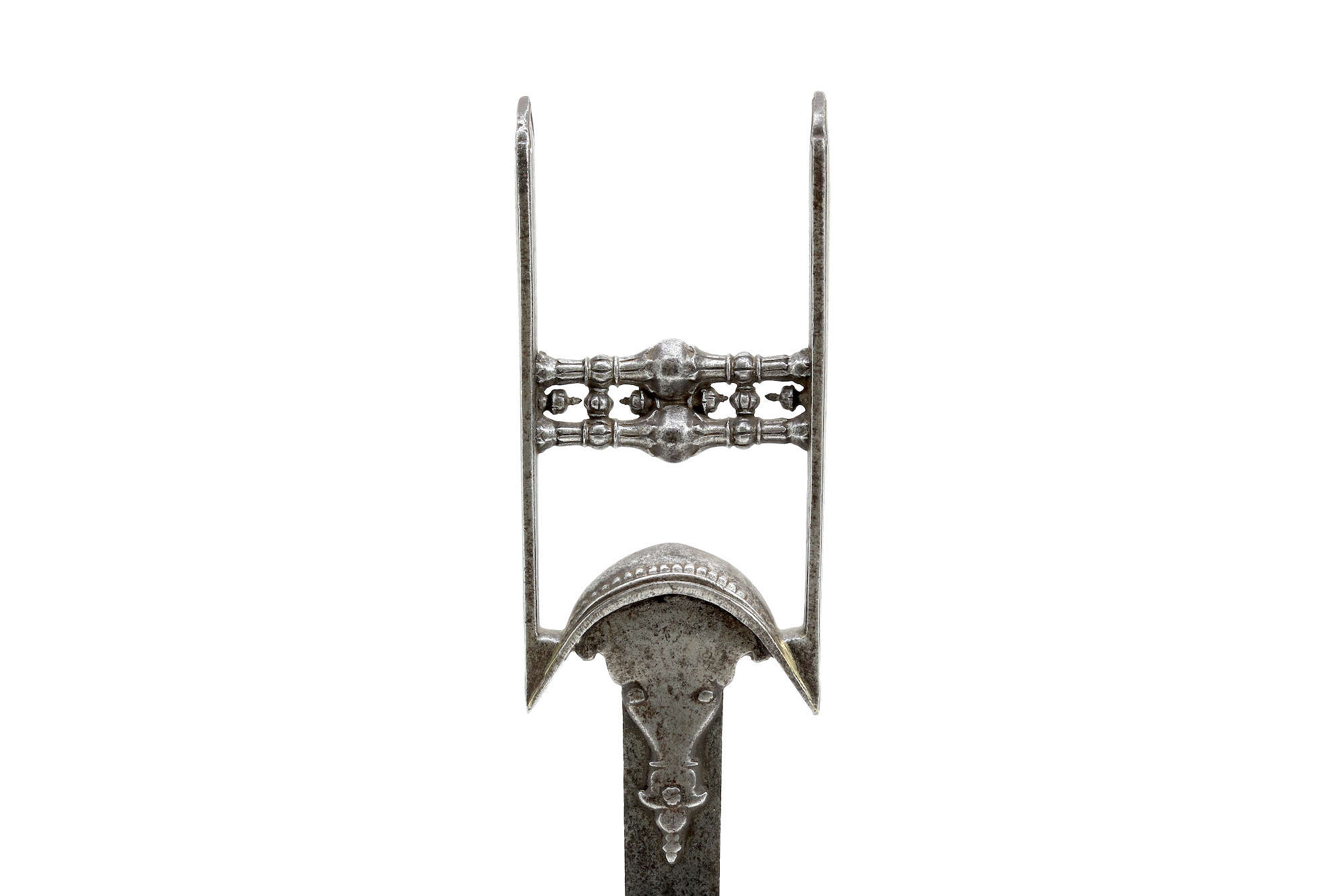 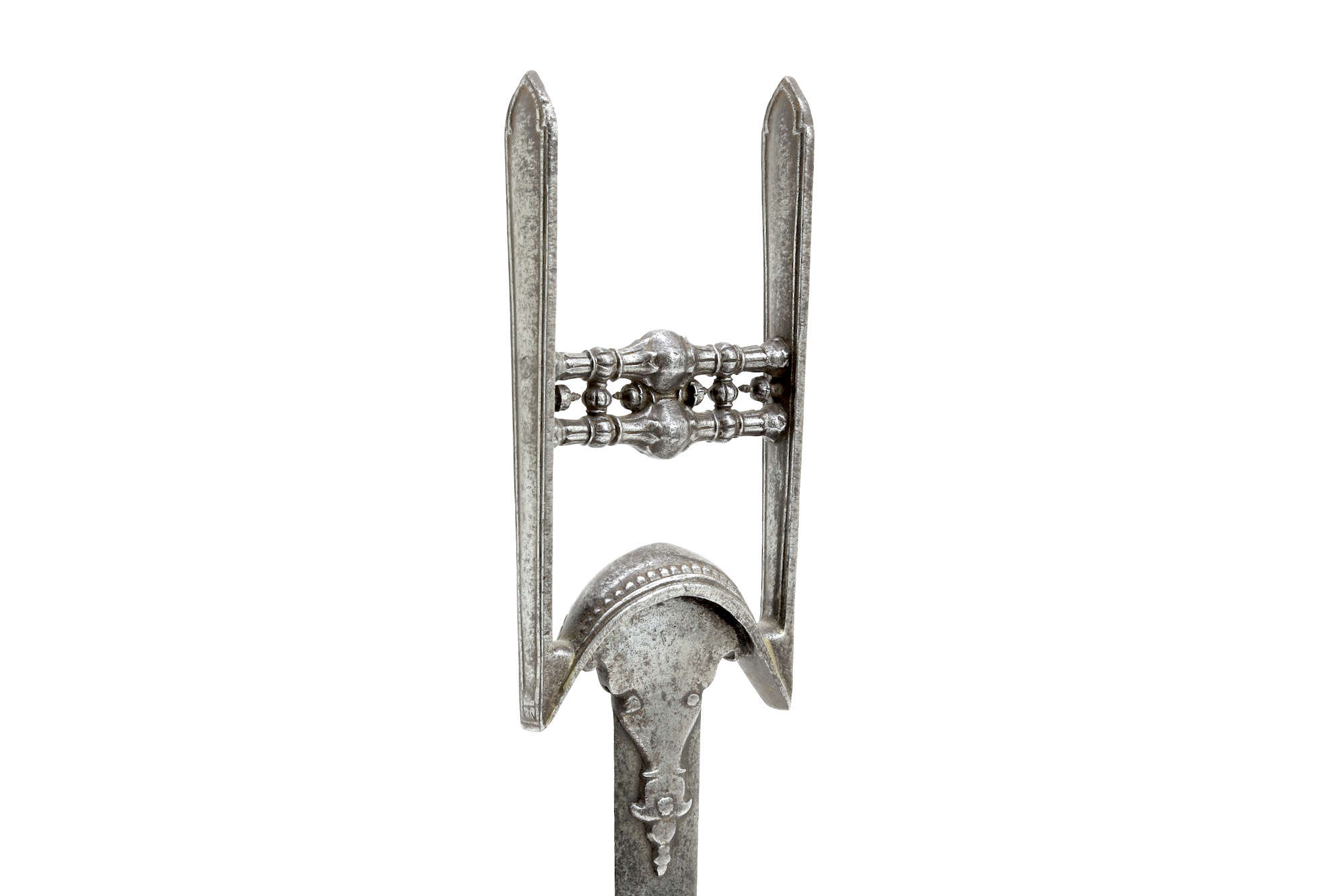 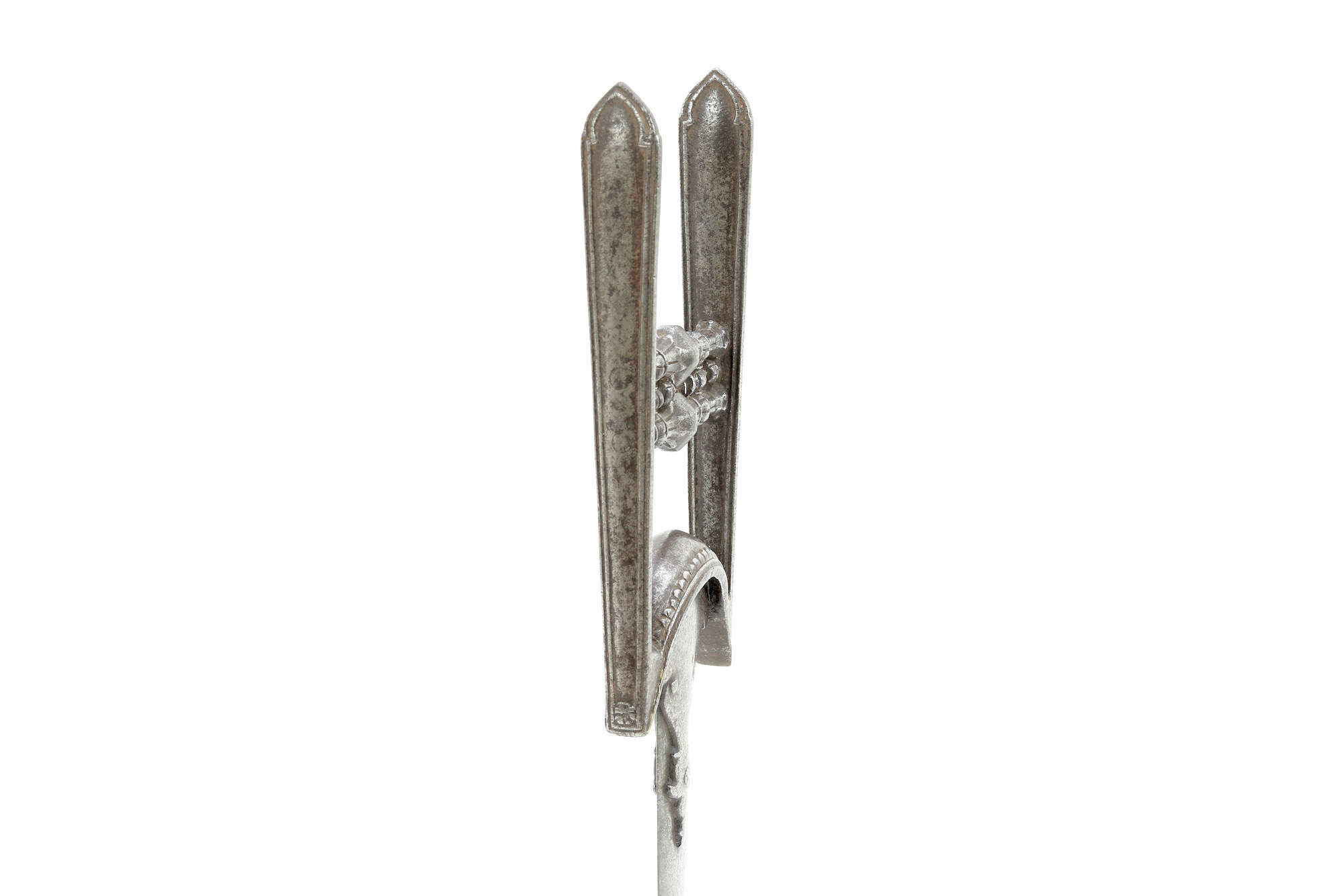 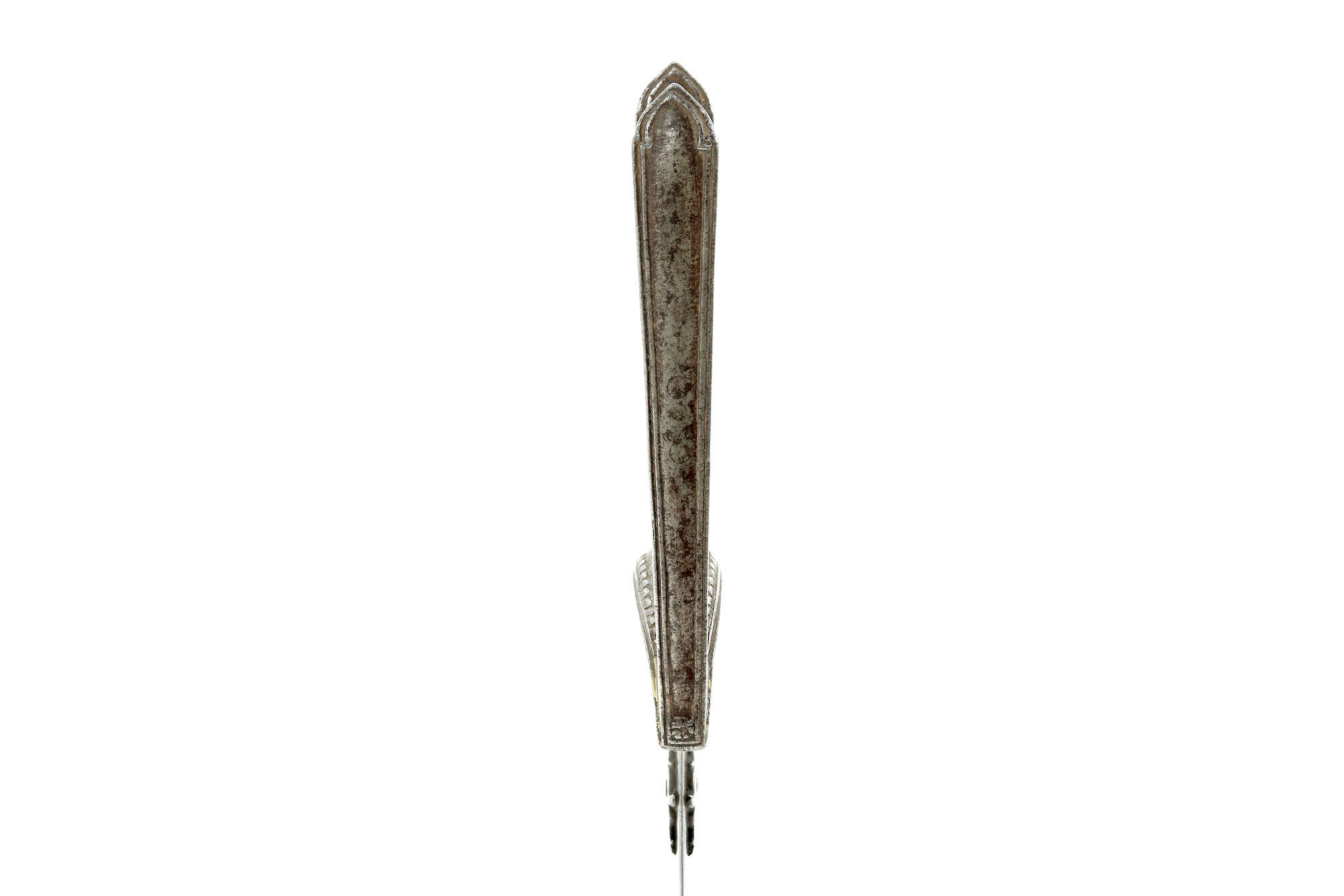