A very rare type of sword from the Jinchuan region, western Sichuan.

It is built around a heavy, single-edged blade of general Tibetan form but without the hairpin laminations that are so typical for Tibetan bladesmithing. Instead, it is forged in a style that reminds more of Chinese work with a high-carbon edge plate inserted in layers of tougher lower carbon steel. The blade has a slight forward bend, probably introduced because of sharpening.1

Its hilt includes a lobed pommel after Tibetan design with golden damascening and a piece of coral set in it. The grip is covered with dark brown leather with an iron rib running over the center. The guard is of a circular type that is seen on a small group of swords from the Tibet / Sichuan border regions. It is covered with checkered leather and ornamental iron plates with golden damascening.

The wooden scabbard is covered with dark brown morocco grained leather. The iron mouthpiece of typical form for this type, with a bulging profile to complement the circular guard when sheathed. The endpiece flares out towards a radiused cap. The suspension system comprises of two suspension bands and a suspension bar in a style reminiscent of the typical Chinese saber suspension. It is meant to be worn on the left side, hilt forward. All mounts of substantial iron and fully decorated with engraved lines and golden damascening.

Notice how all decoration is in the form of highly stylized clouds and scrollwork, with no references to Buddhism.

There is a remarkably similar sword is in the Qing court collection, now held in the Palace Museum in Beijing.2

The sword of this article on top of the Palace Museum publication.

The sword in the Palace Museum comes with a Qianlong period imperial household inventory tag that is partially readable. It says:

Before we get into what Wasi Xuanweisi means, some historical background is in order.

During the Qing dynasty, western Sichuan was divided into Greater Jinchuan (大金川) and Lesser Jinchuan (小金川), named after the rivers that ran through this mountainous area. Both areas were lead by local kings called Tǔsī (土司), powerful regional leaders that were recognized by the imperial government. Tǔsī were royal hereditary ranks that typically went from father to oldest son.

In 1746, Greater Jinchuan annexed Lesser Jinchuan and started to invade neighboring kingdoms. The next year the Qing sent an army to restore peace to the region. In 1771 a second war broke out, after which the Qing sent another army resulting in a hard-won victory in 1773, after which the Chiefdom of Chuchen, founded 1723, was abolished and the area fell under direct Qing control. Other parts of Jinchuan were divided over neighboring rulers.

In attempts to further stabilize the area, the Qing started a systematic conversion of the old Bon temples to the Gelugpa school of Tibetan Buddhism.

Due to the difficult terrain and effective fortifications by the locals, the second Jinchuan campaign was the most expensive war of the Qianlong period. Also see: the story of the Jianruiying, special forces who played a key role in the Jinchuan war.

Wasi (瓦寺) was a small kingdom just east of Lesser Jinchuan, ruled by a hereditary king or tǔsī since as early as the 15th century. Xuānwèisī (宣慰司) was an honorary title that can be translated as "first-class pacification commissioner". The title was bestowed on local kings that were especially cooperative in the Qing efforts to establish and maintain stability in the region.3

After lesser Jinchuan fell, the Qianlong emperor decided to present all 8000 captives as slaves to neighboring, allied kingdoms. 670 went to the king of Wasi.4 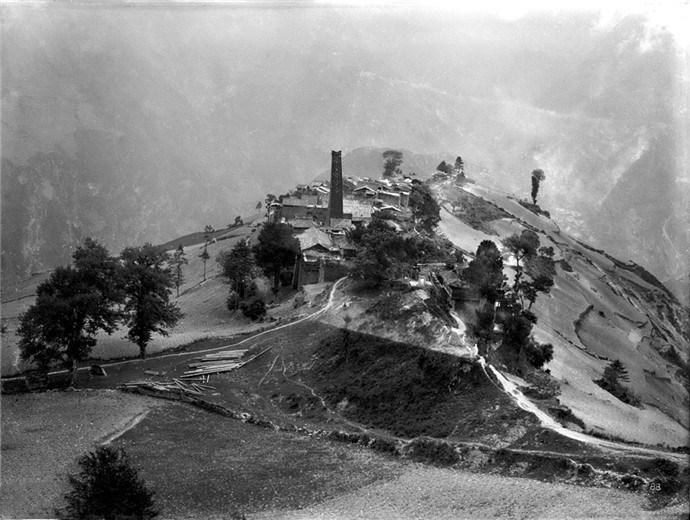 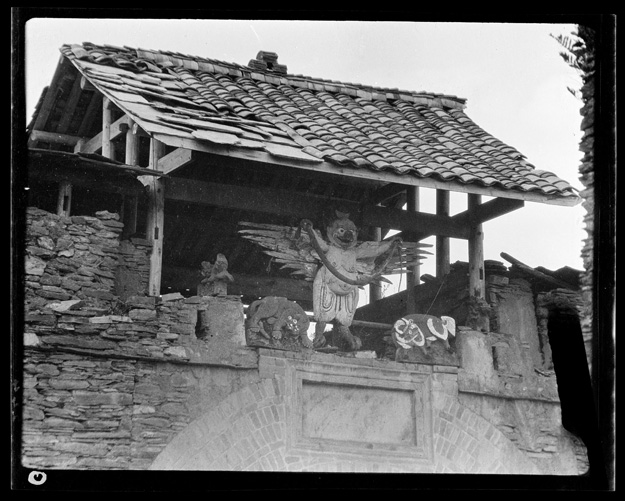 To make sure the area was kept on a tight leash after the war, the allied Tusi were obliged to travel to Beijing until the end of 1776 and from then on present a tribute delegation to the Qing court each year.

The Palace Museum's Wasi Tusi sword is most likely presented to the court by the ruler of Wasi right after the completion of the Jinchuan campaign or in one of the subsequent tribute missions.5

The Tusi of Sichuan doubled as lamas or high priests in their local Bon religion. The king of Wasi gained lands and slaves as a result of the Jinchuan wars, but he and his subjects also lost their rights to practice their local version of the Bon religion and had to switch to Tibetan Buddhism.

As such, this sword represents a rare piece of the material culture of the old kings and Bon lamas of the Jinchuan area.

Notes
1. A sword takes a curve during a differential heat-treatment on a single edge, this is the effect that gives a straight forged katana blade its curve. To make a straight sword using this method, one needs to forge a sword that curves forward which then straightens during the heat treatment. Repeated sharpening of the edge of such a sword will re-introduce a slight bend towards its former shape.
2. See 故宫博物院藏文物珍品全集 56: 清宫武备 (Gugong Bowuyuan Cang Wenwu Zhenpin Quanji 56: Qing gong Wubei) or "The Complete Collection of Treasures of the Palace Museum, Beijing 56: Armaments and Military Provisions", Palace Museum, Beijing. Published Hong Kong 2008. ISBN: 9789620753596. Catalog number 149, page 145.
3. Ulrich Theobald; The Second Jinchuan Campaign (1771 – 1776). Economic, Social and Political Aspects of an Important Qing Period Border War. Dissertation for obtaining the academic degree Doctor of Philosophy of Faculty of Arts, the Eberhard Karls University Tübingen, 2010. Page 30.
4. Ibid. Pages 77 and 104.
5. Ibid. 86. 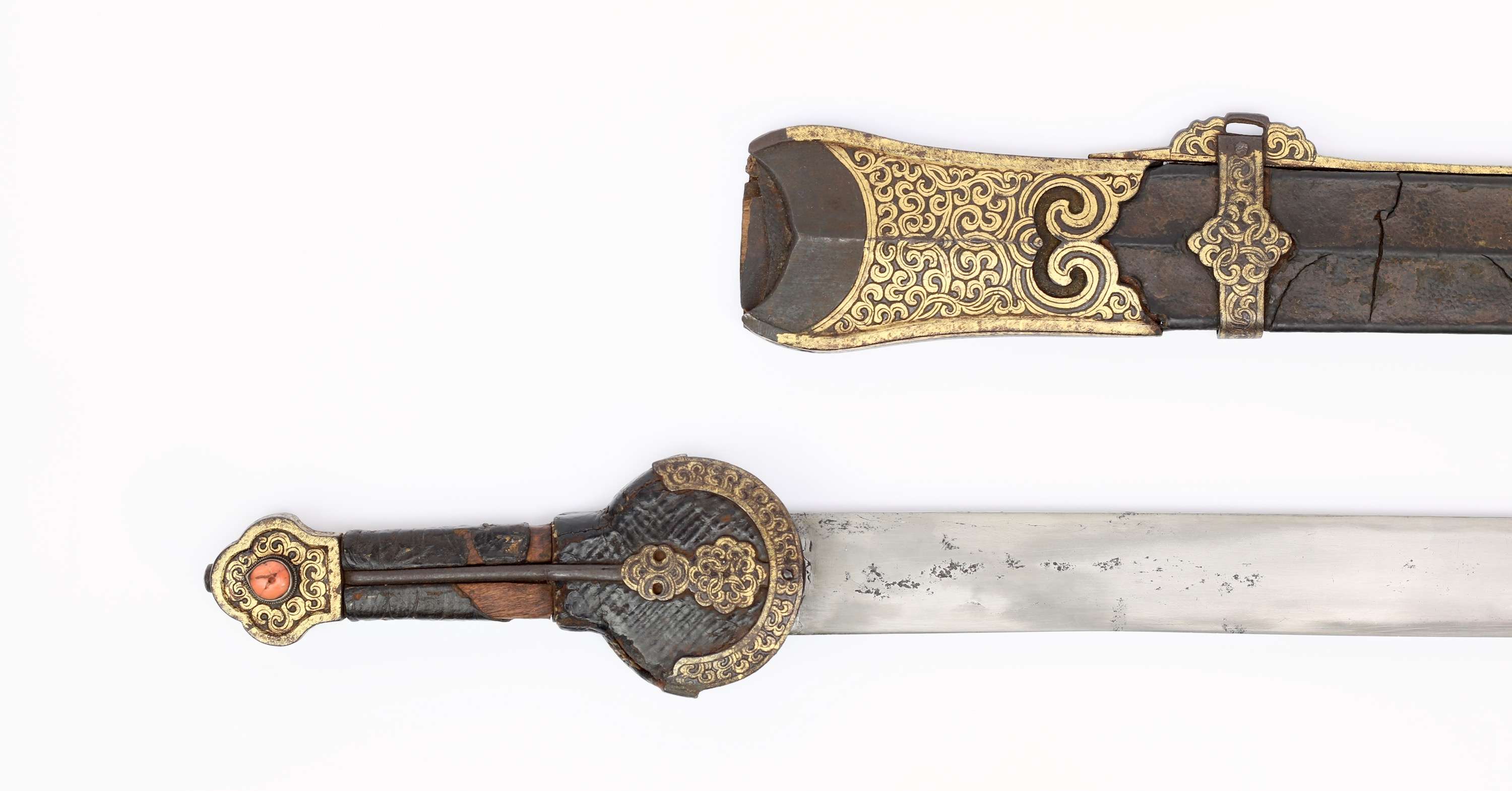 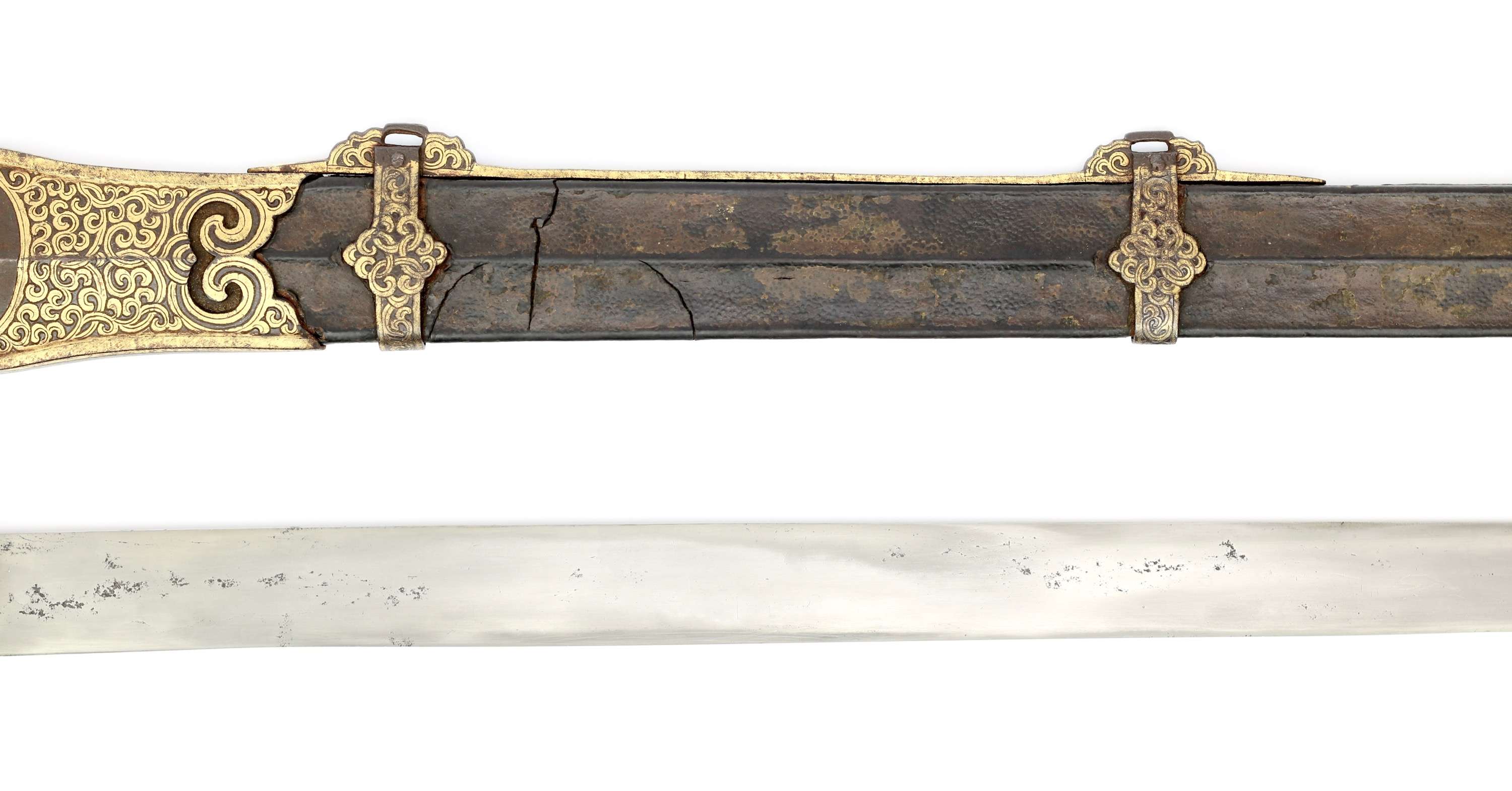 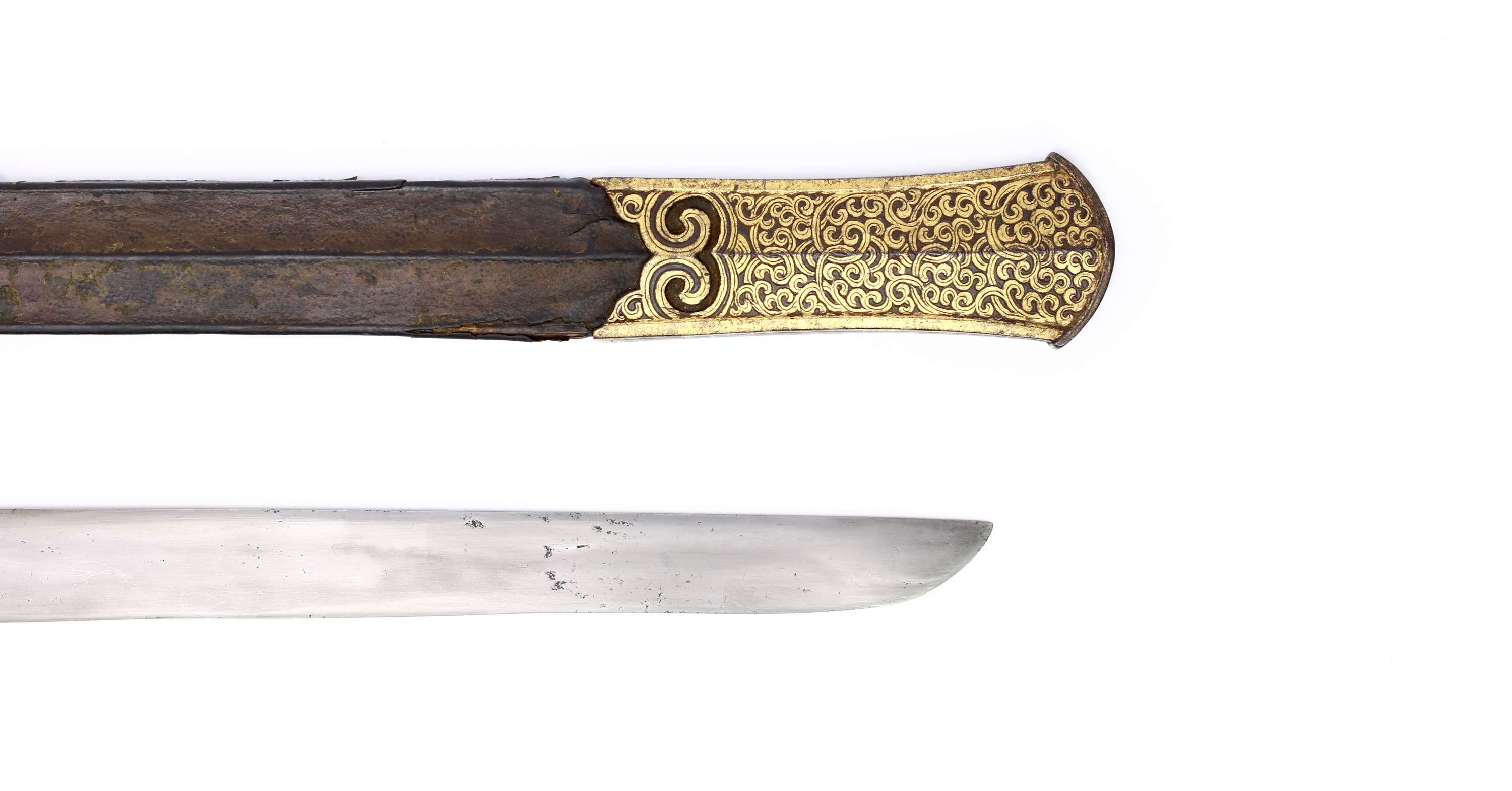 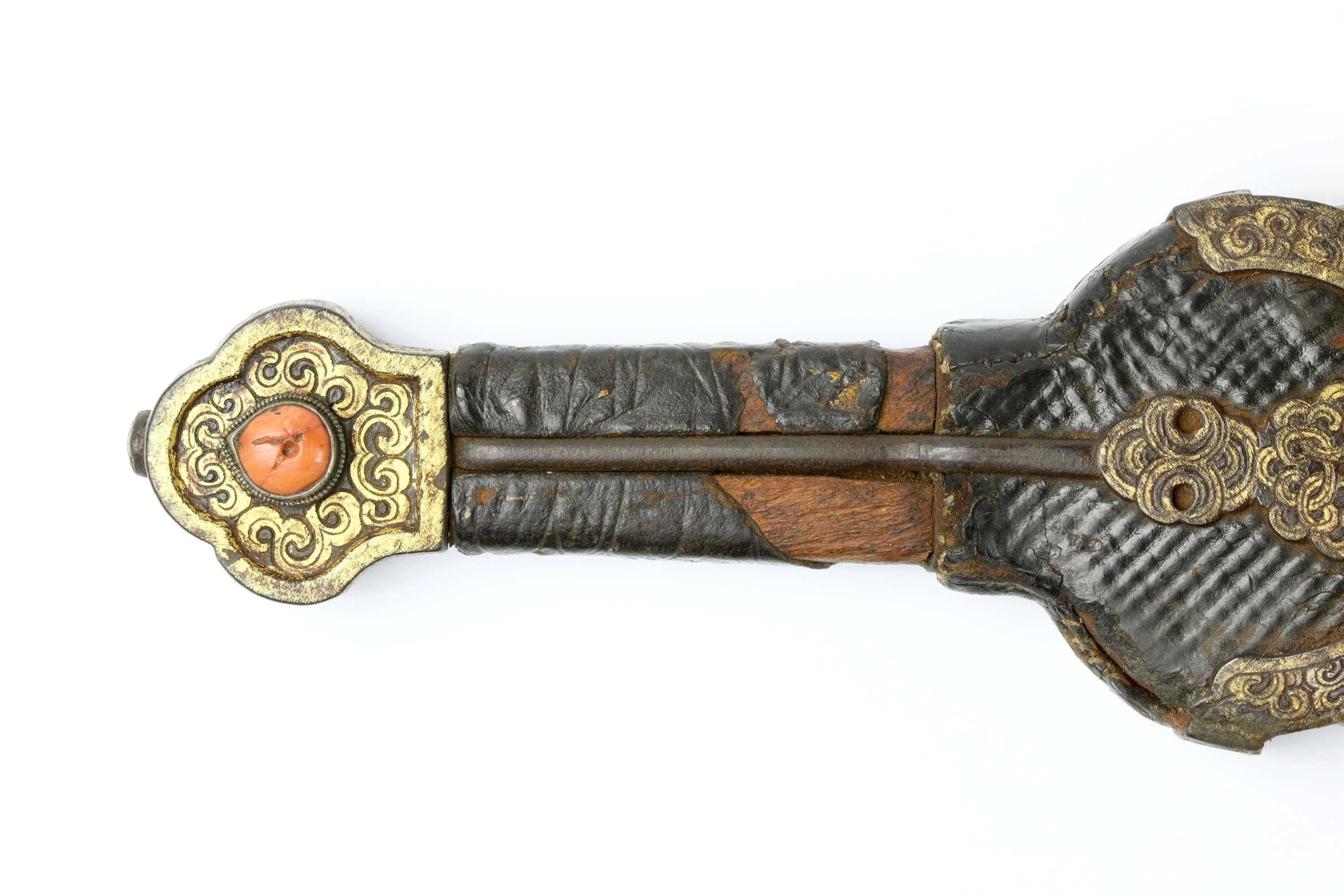 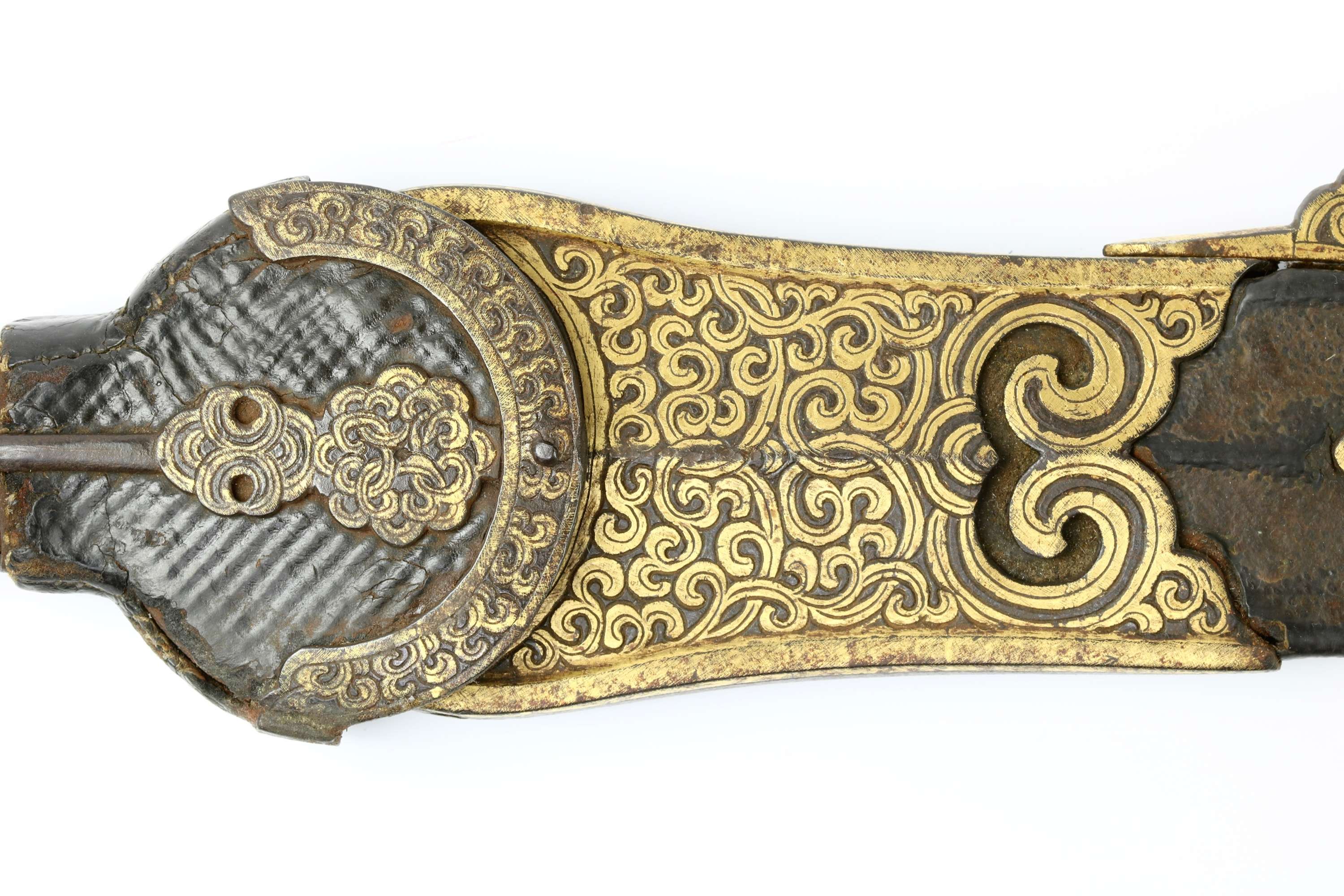 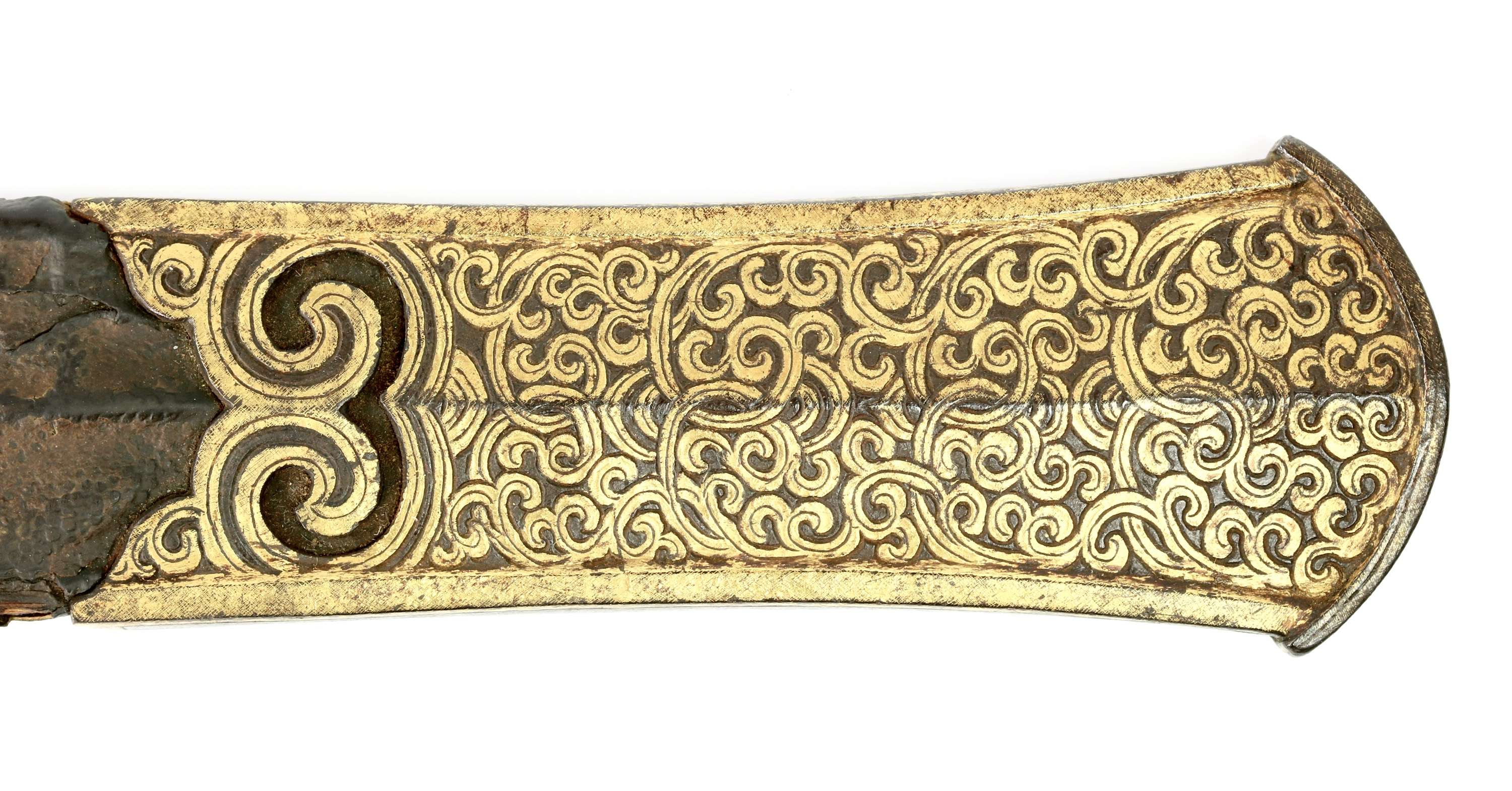 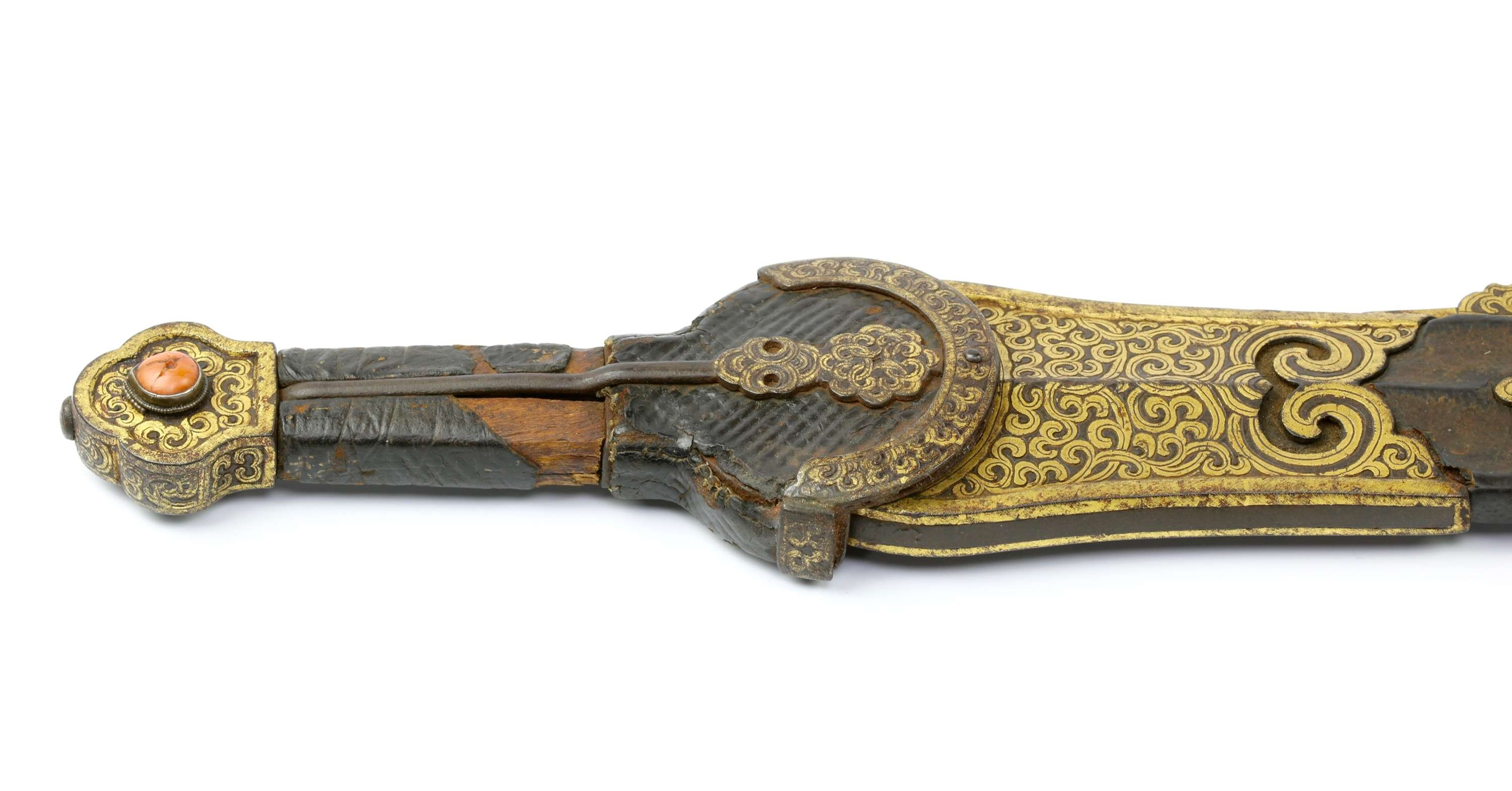 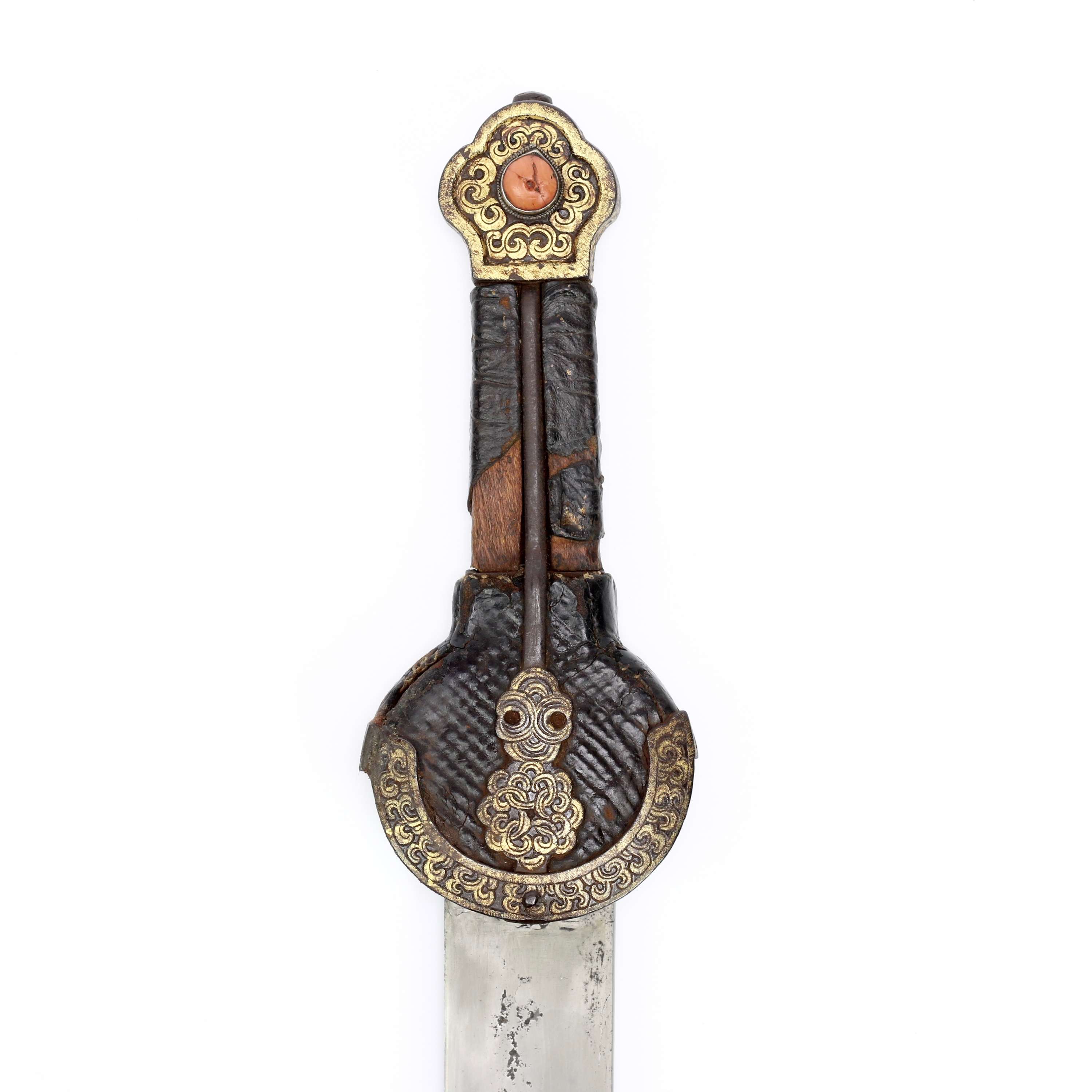 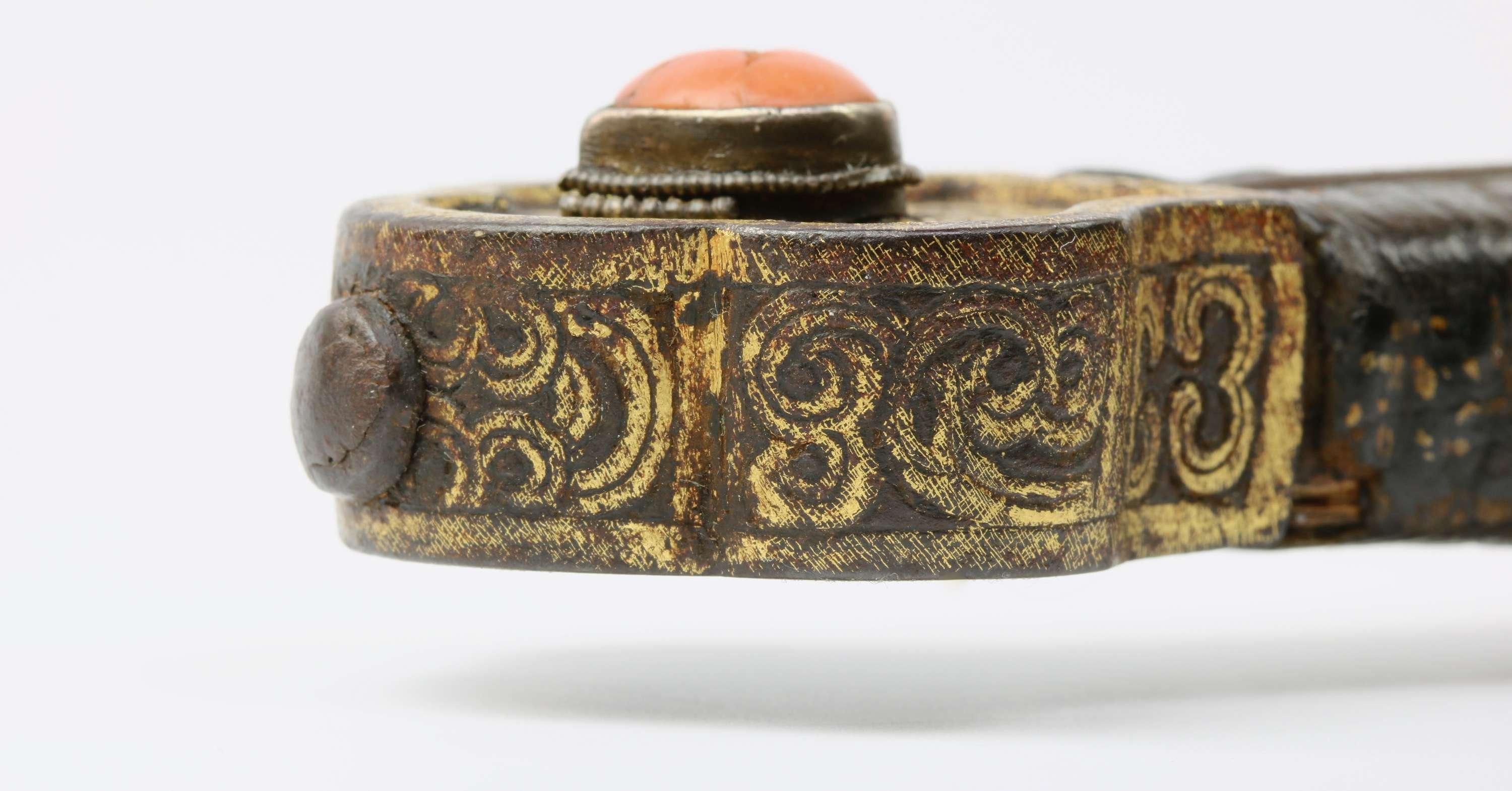 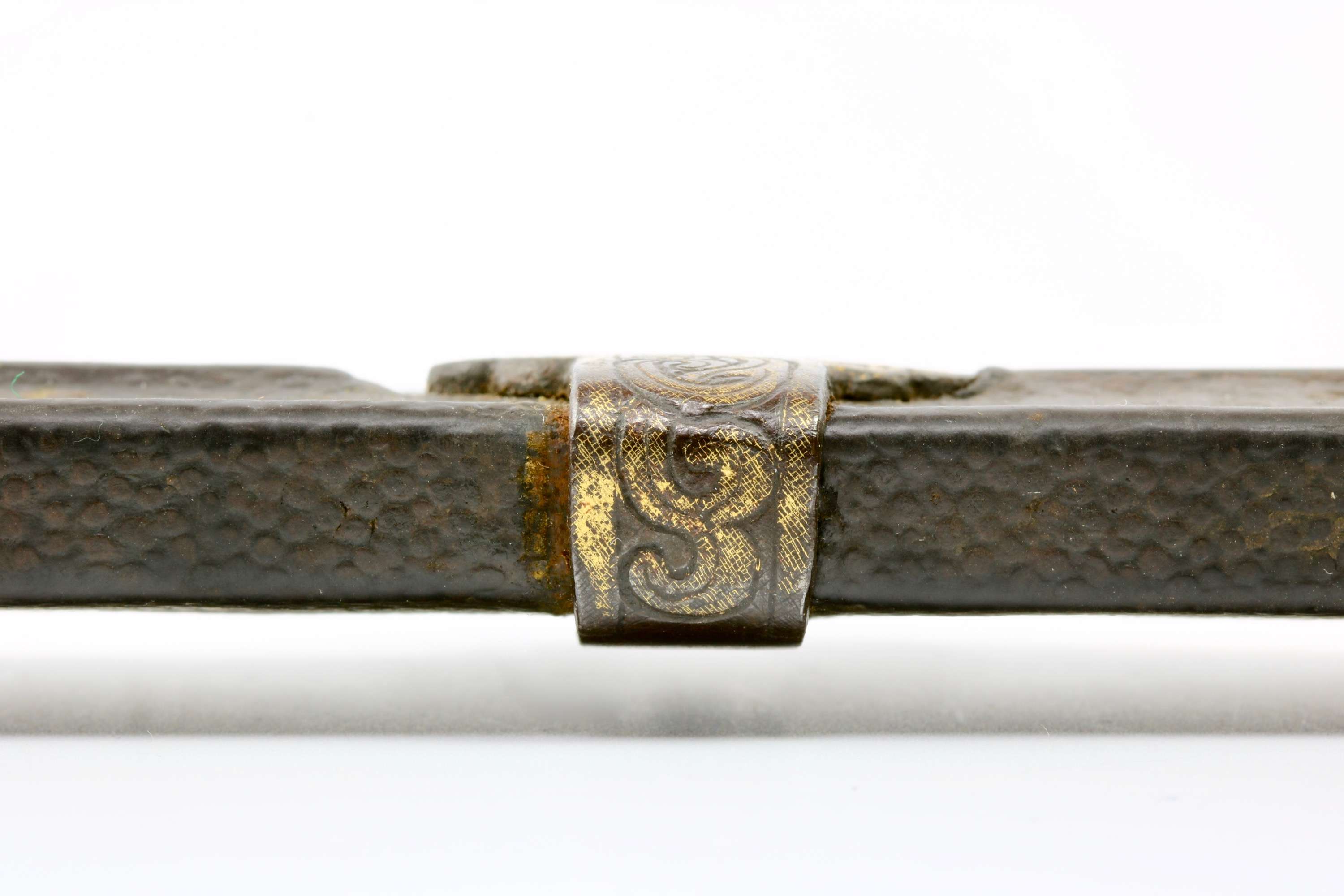 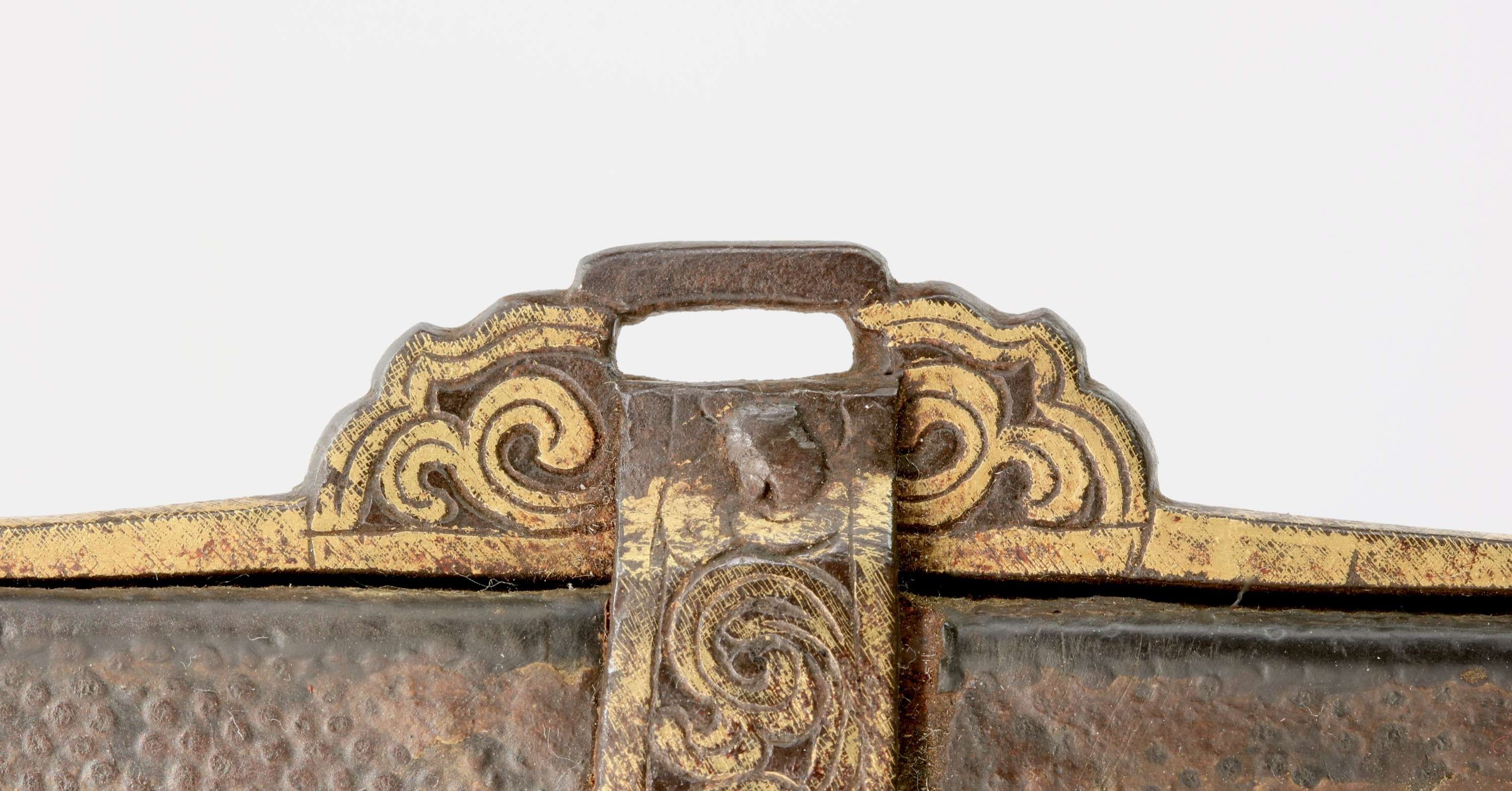 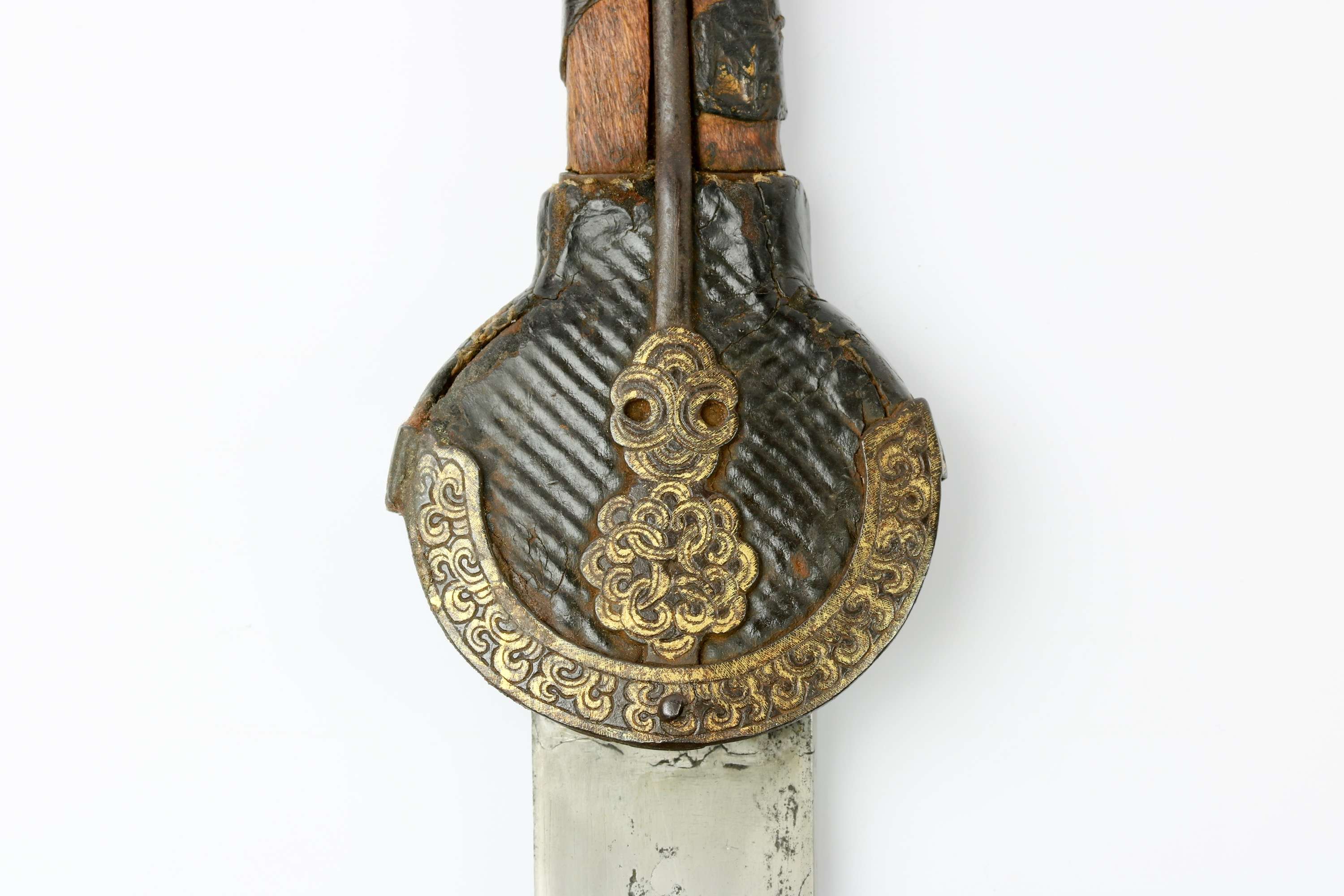 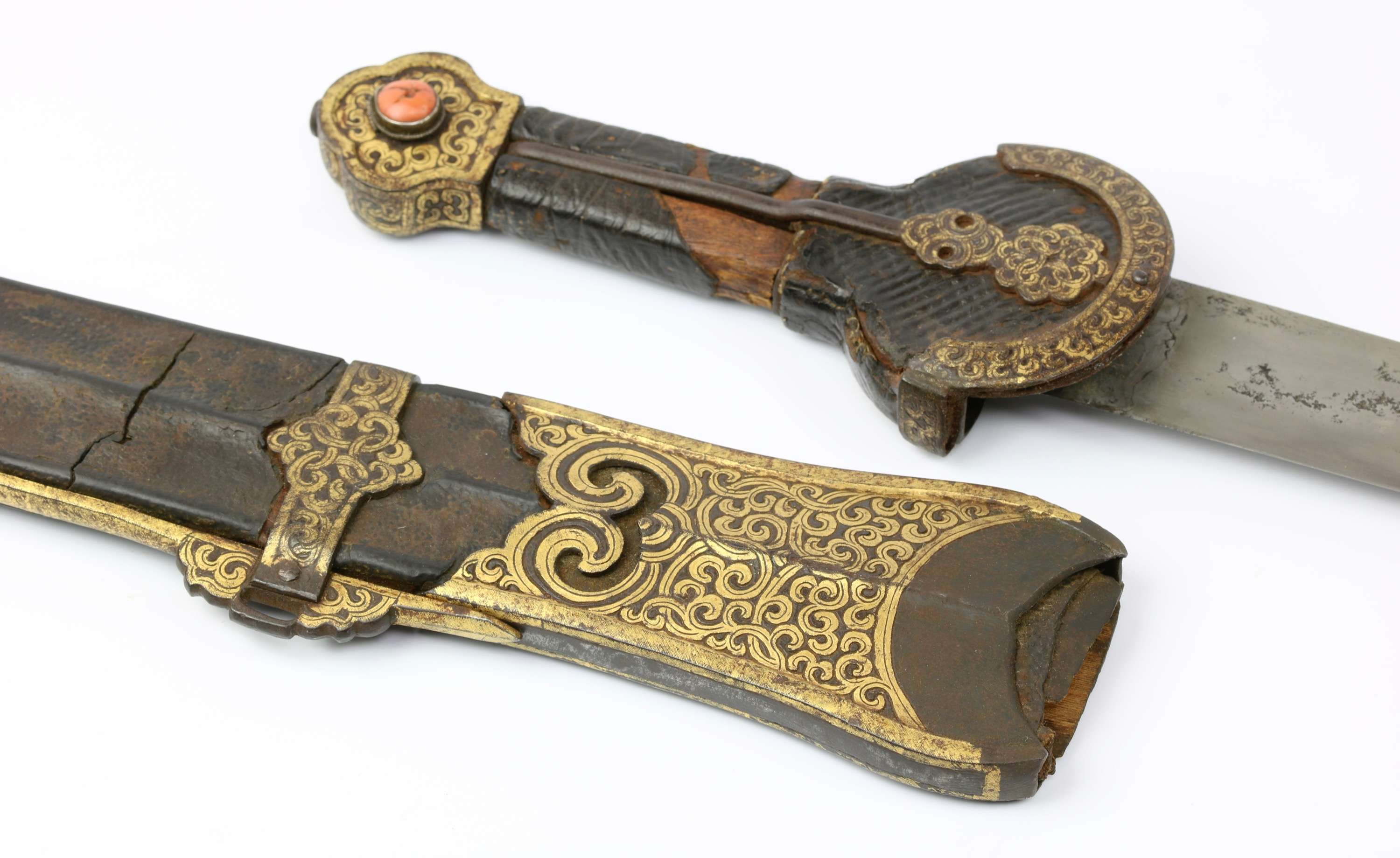 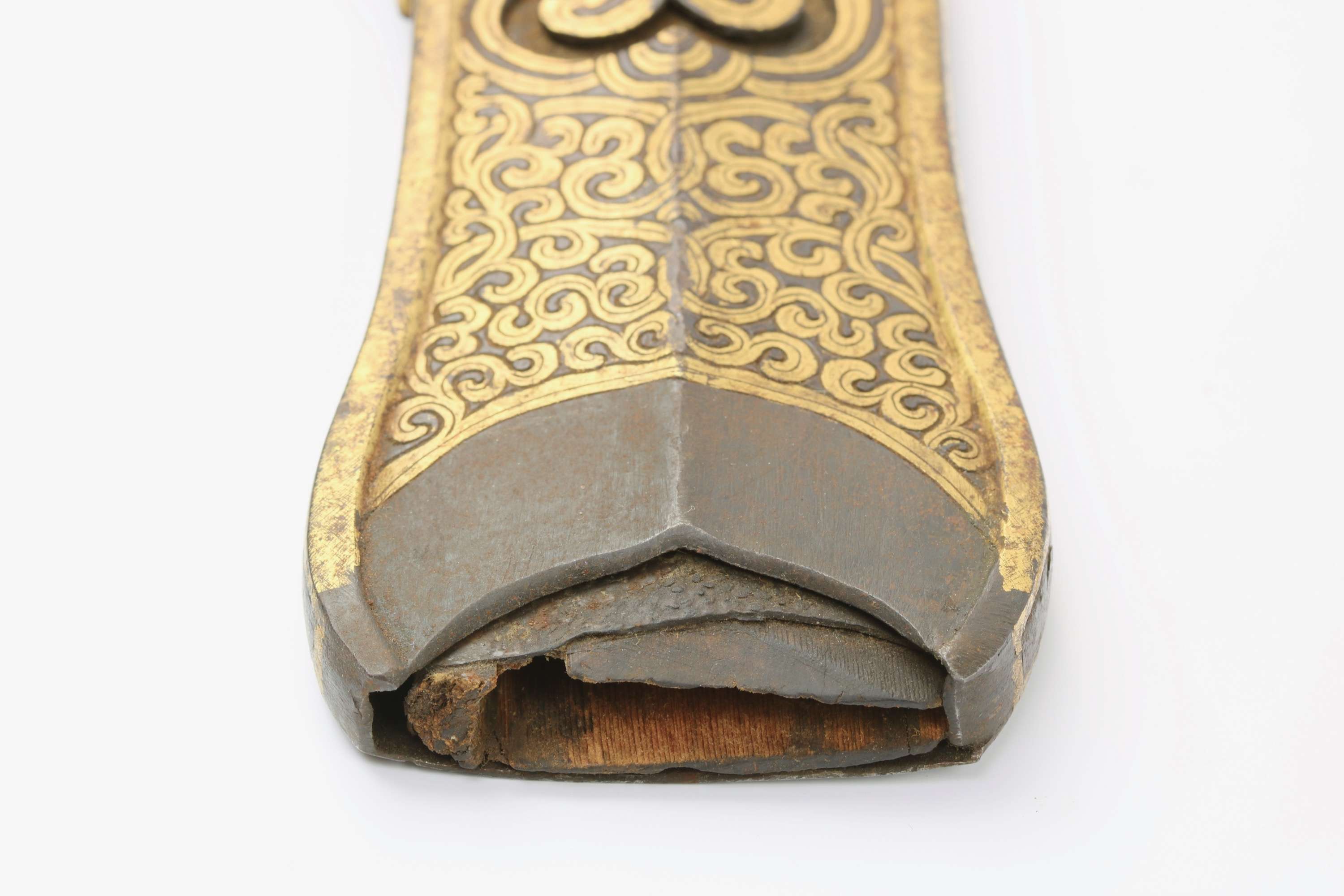 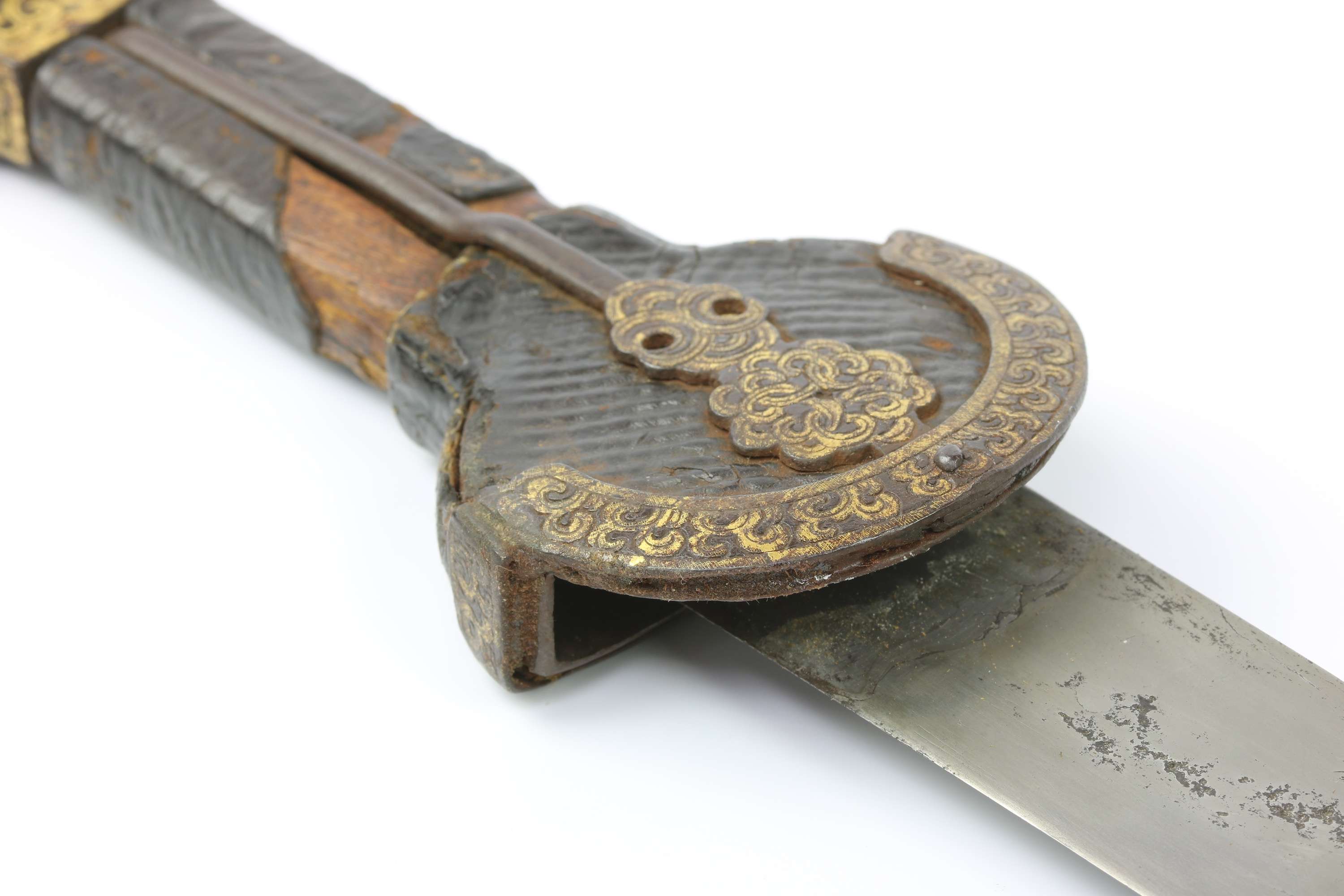 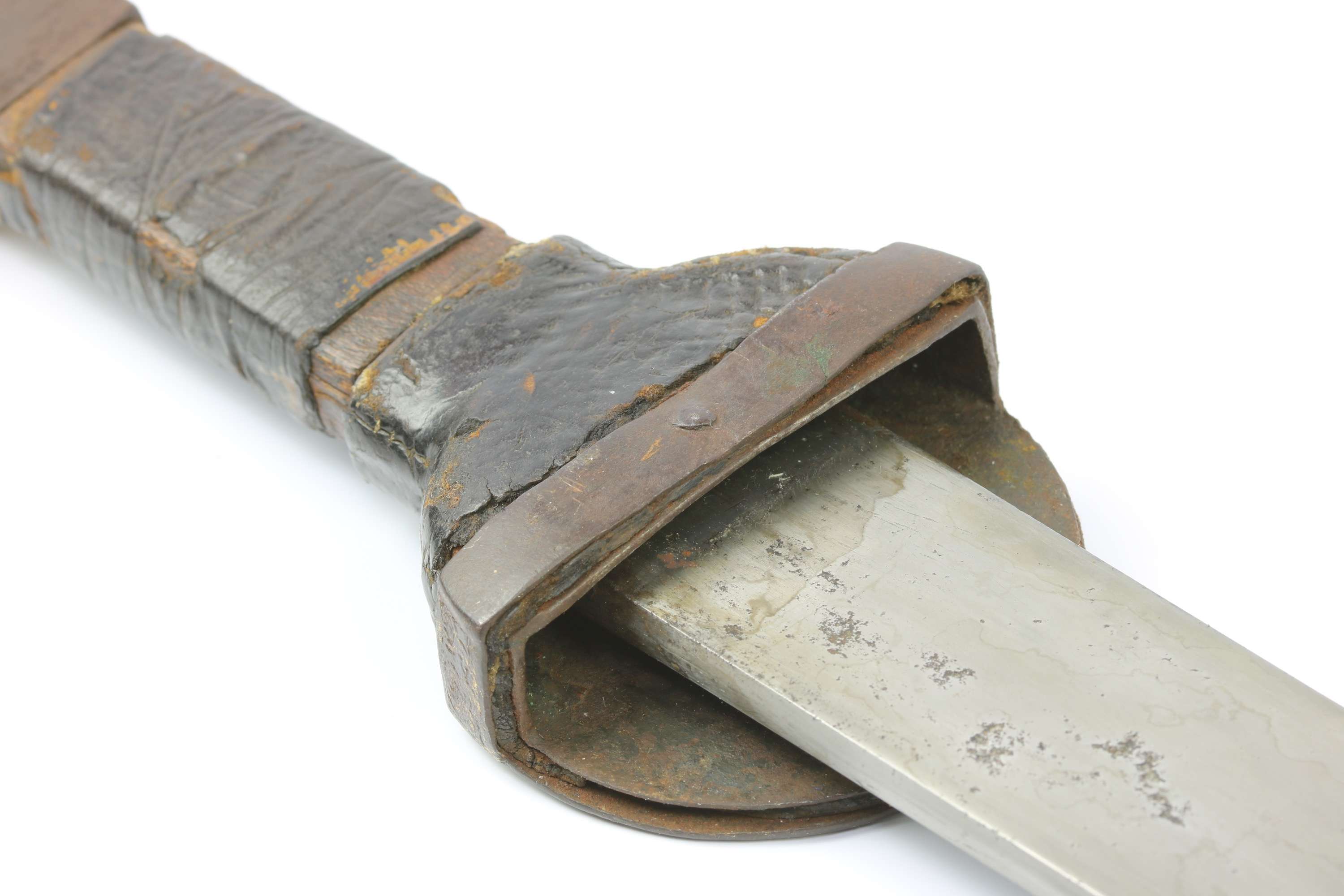 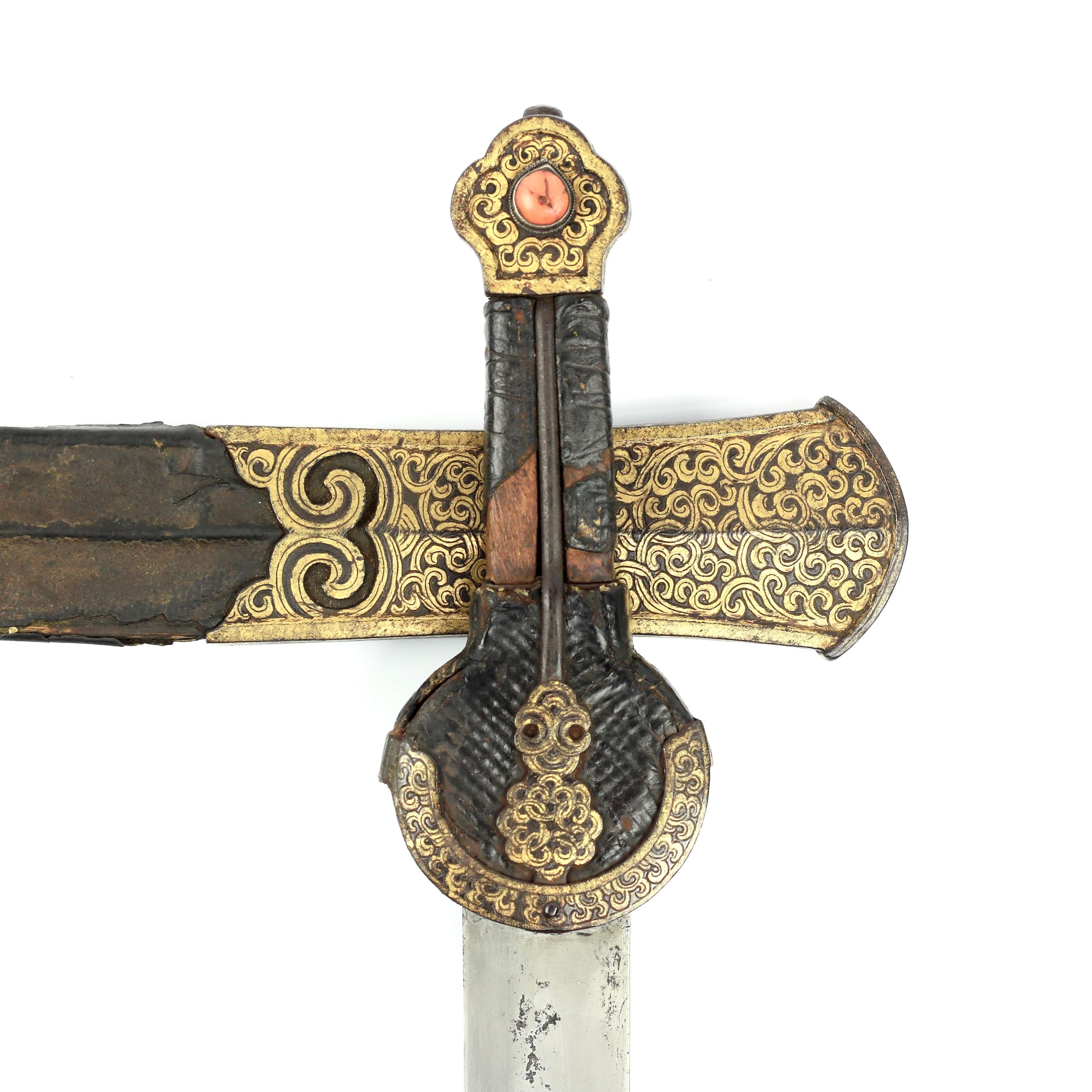 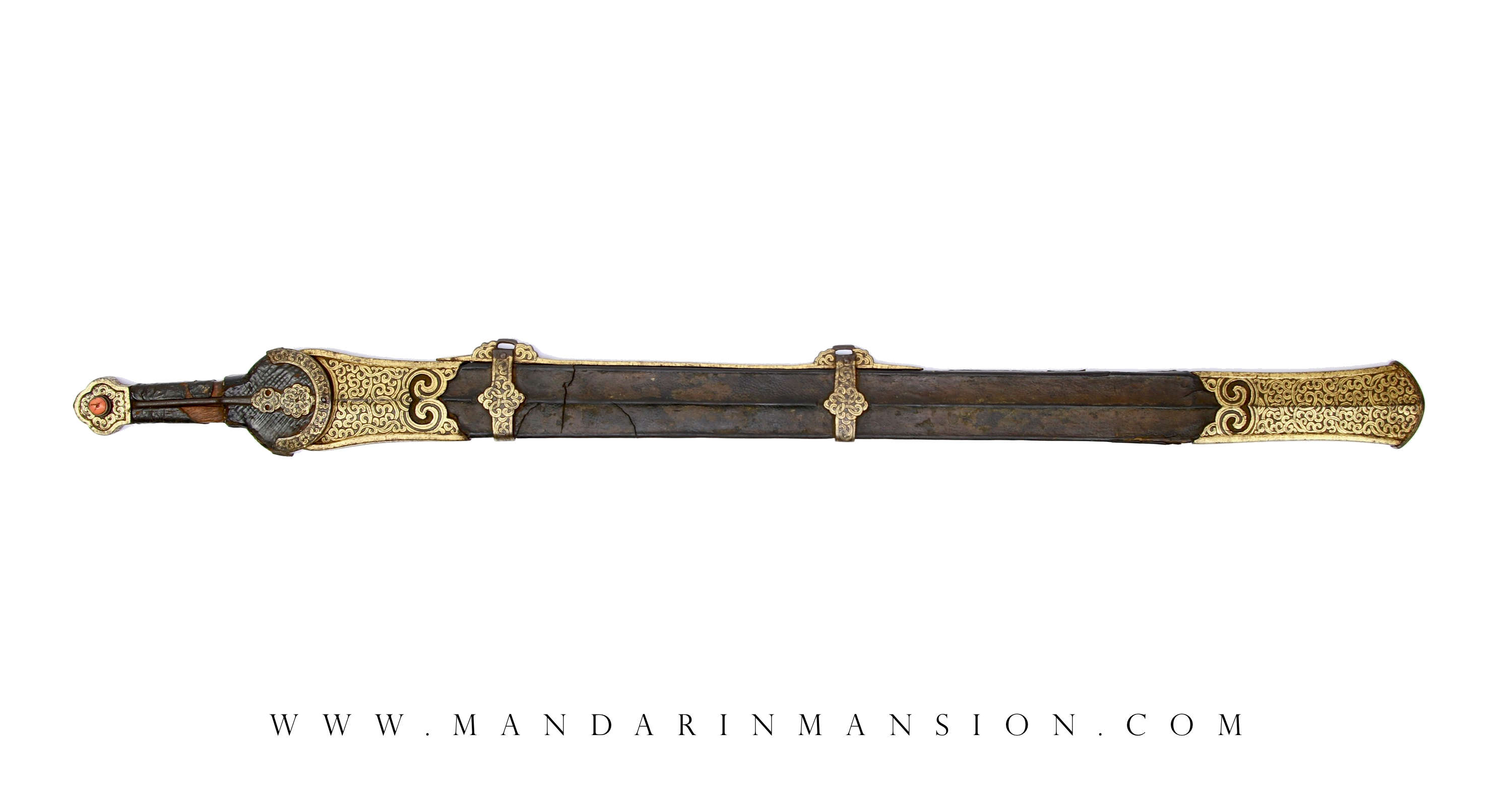