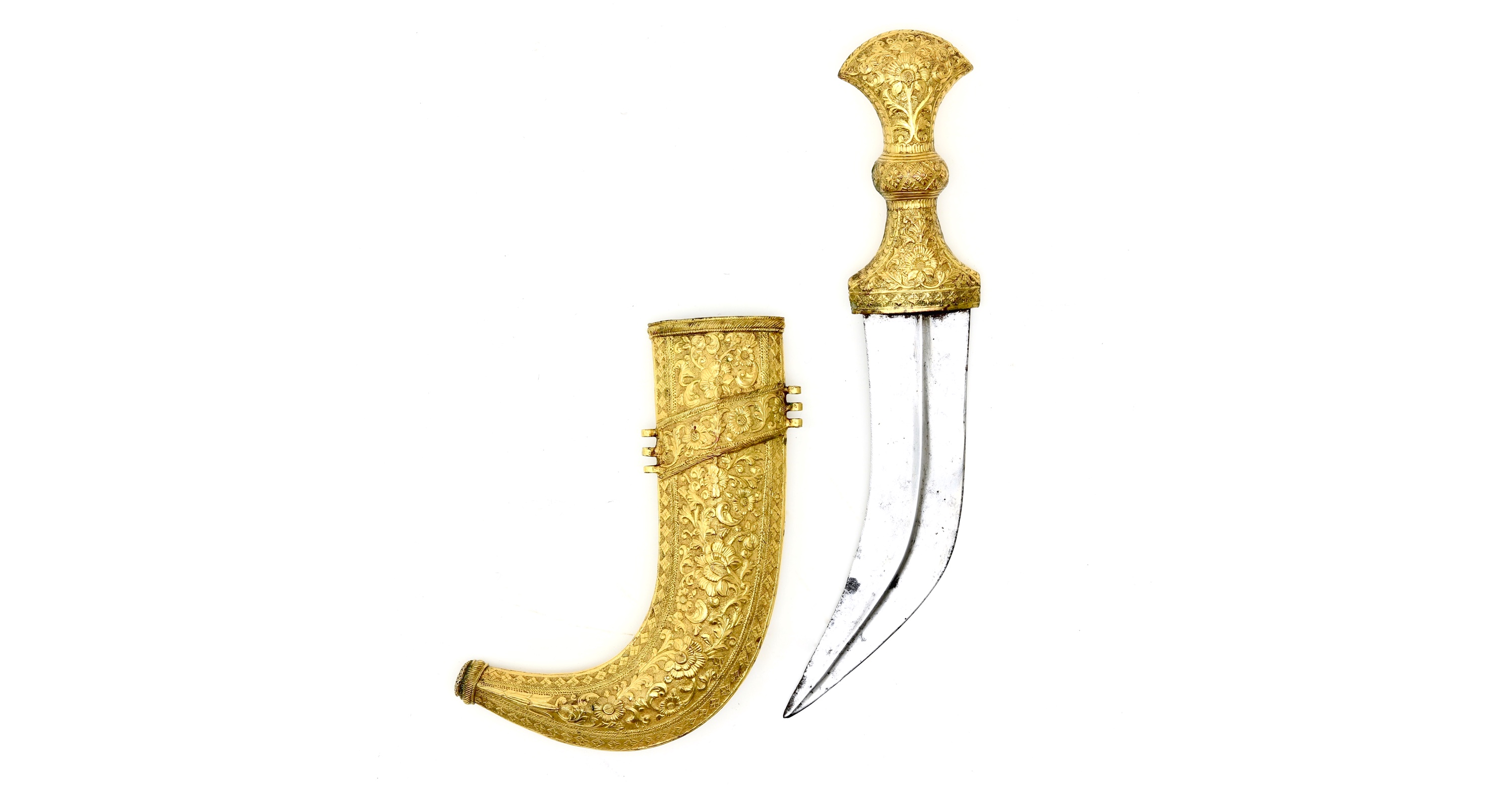 From a private collector in the UK

Indian metalworkers also produced jambiya in more Arab styles, some for export but some certainly also for use by the Arab communities within India.

Notes to introduction
1. See: Ain-i-Akbari (Persian: آئینِ اکبری‎) or the "Administration of Akbar", circa 1590. Several translations exist. The original manuscripts is preserved in Hazarduari Palace, India.

A fine Indian made jambiya. It has the typical wide, curved blade with a central ridge. The blade is nicely shaped, with better geometry than seen on most, but it's far from the most impressive part of this ensemble.

It comes in a beautiful gilt-copper hilt and scabbard, worked entirely in repousse work where the designs are first hammered out from the back of the plate, after which the work is reversed to work it to further detail using chisels and punches. The copper was then gilt by means of fire-gilding, where an amalgam of mercury and gold is applied to the surface, and then the mercury is evaporated with heat, leaving a relatively thick layer of gold. The achieved effect is beautiful but fell out of use due to the health hazards associated with working with mercury.

The repousse designs consist of swirling floral patterns within a border of geometric designs. The scabbard end misses the usual flower bud shaped finial, and instead is capped with a piece of fine filigree that was soldered on. The scabbard has a diagonal band at the front that is typical of Daggers from Medina that were brought back by pilgrims to Mecca, yet the workmanship on this example is entirely Indian.1

The hilt is also of more Indian form, resembling that of earlier chilanum daggers with a center ball grip and a hilt profile that flares out in both directions.

A very close comparable is in the Metropolitan museum in New York, accession number 36.25.762a, b. It has the Oldman / Stone provenance, being bequethed to the museum upon Stone's passing in 1935. 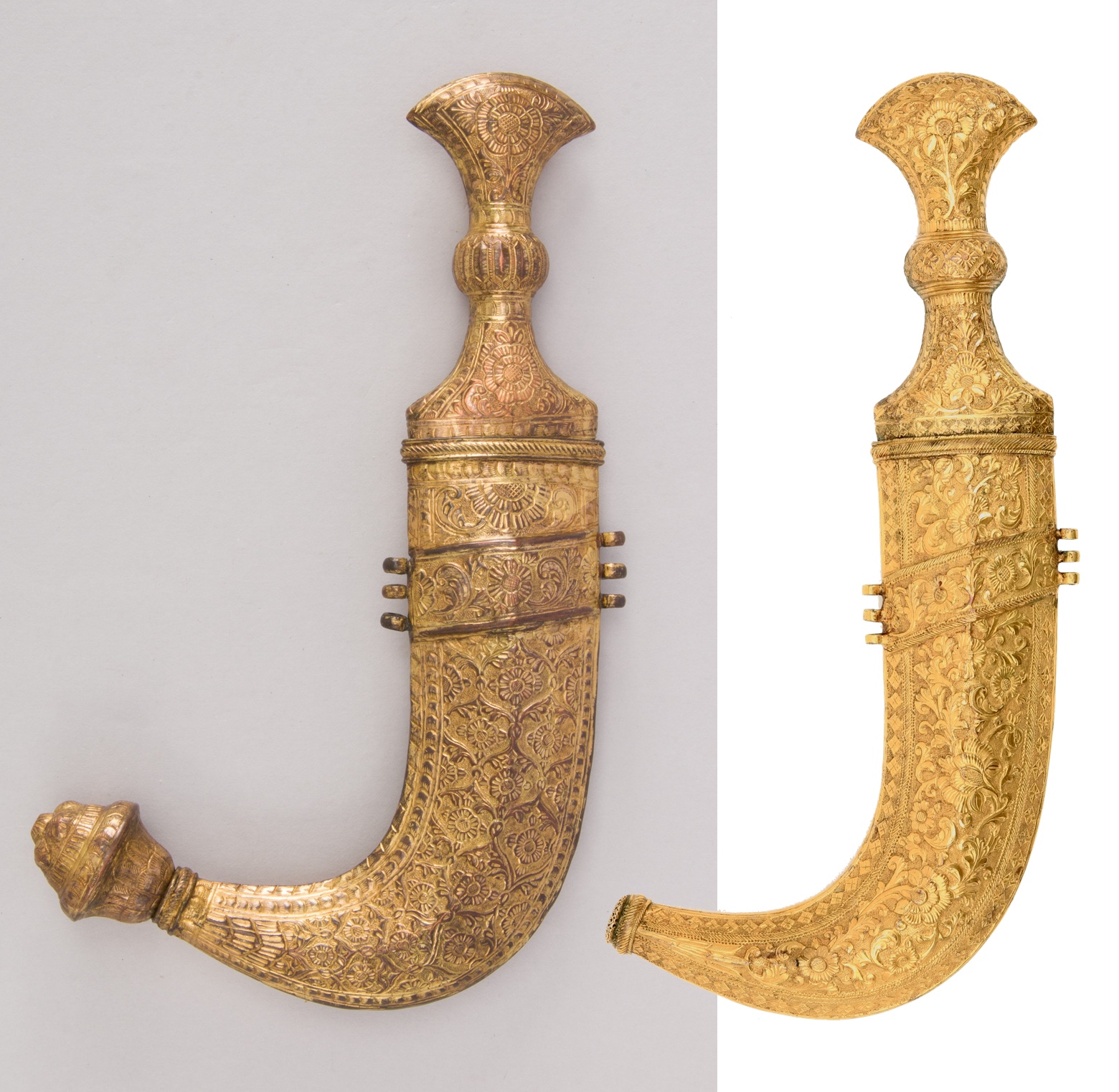 While the resemblance is uncanny, close inspection shows that the workmanship on our example is far superior, with the decoration on the Met's example being somewhat more simplistic in design, and superficial in execution. The Met's example has also been subject to much more wear, with more of the gold being worn off and the underlying copper showing through.

The Met's example does retain its bulb finial, and the one on ours probably once had one of much the same shape.

Another Indian made jambiya, of slightly different form but with similar style decor was published in Holstein: 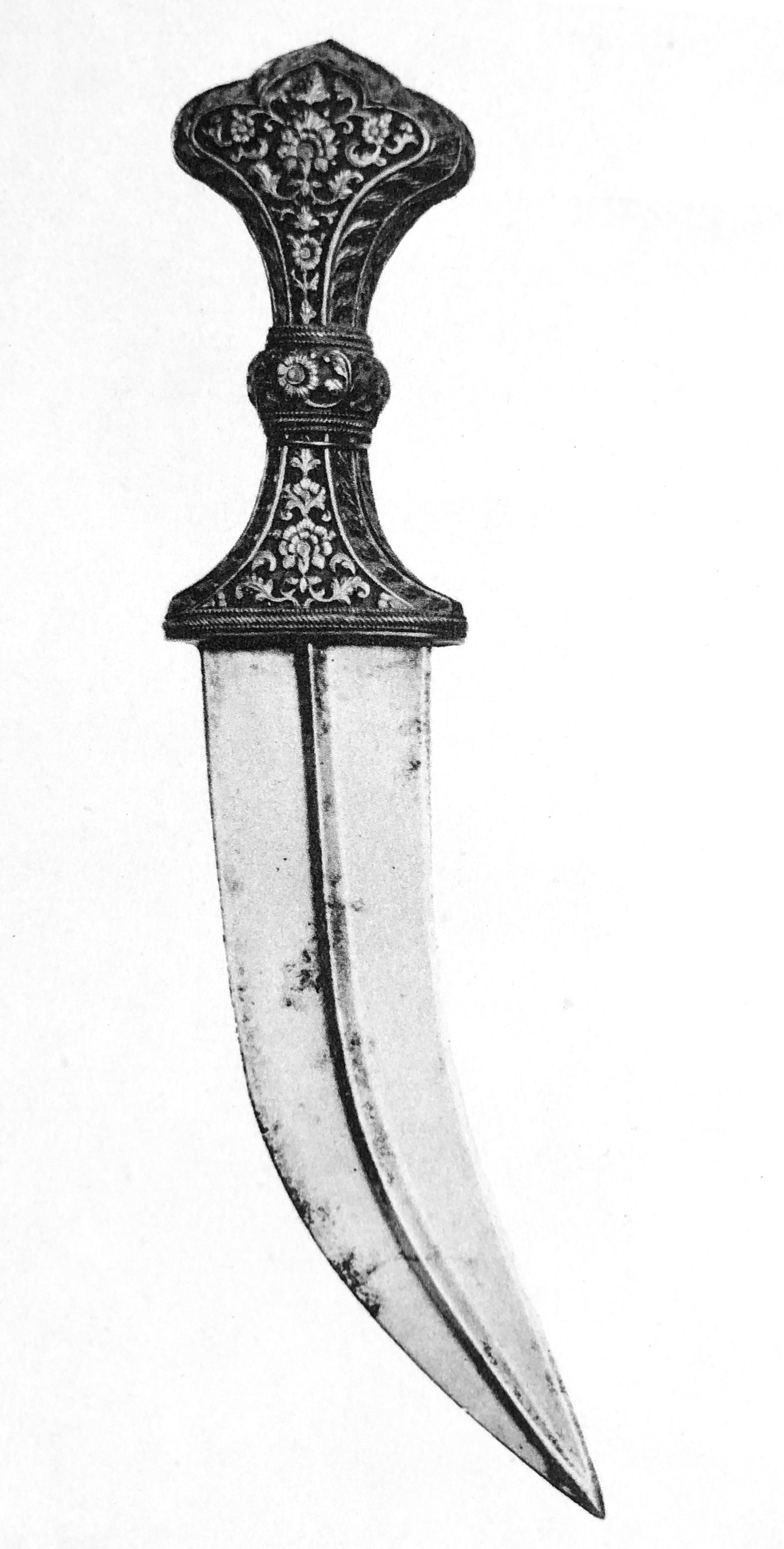 Indian made Jambiya of Holstein.
Published 1931.

And finally, a similar example, especially in terms of the hilt, was auctioned at Christies London on October 13, 1998 for £805,-.

The type of work is primarily associated with Kutch, Gujarat, by the late 19th century had spread across a wider area, possibly due to craftsmen fleeing Kutch during one a series of famines that struck the area in the 19th century.2

Holstein attributes his dagger to Hyderabad or Bijapur and suspects it was made for the Arab soldiers under a Deccan ruler.3 Writing in 2020, I think this is a bit of a stretch; The style is very much Kutch in origin and these daggers are primarily worn by Arab men as part of their daily outfit and are not very well suited as weapons of war. We don't need to venture all the way to the Deccan to find Arabs, as there were communities of Arabs living in Gujarat.

The very local style of the dagger makes me believe it was probably made for a local Arab who had an appreciation for Kutch style repousse work. The reference in its scabbard design to the pilgrim jambiyas of Medina may be a subtle reference to having completed the pilgrimage to Mecca, the duty of every Muslim.

Very good condition. Blade with minor patches of corrosion, mostly in good shape. Hilt and scabbard in near-mint condition, with more than 99% of the thick gold remaining. The only missing part is the scabbard's finial, now covered with a fine filigree cap.

A very nice example of an Indian made jambiya dagger. Some of these were made with export in mind, but this one with its strong Gujarati aesthetics was probably produced for Arabs living in India who had an appreciation for Indian design. The scabbard refers to pieces made in Medina that were often brought back by pilgrims from Mecca. The execution of the metalwork is a superb example of Kutch style repousse. 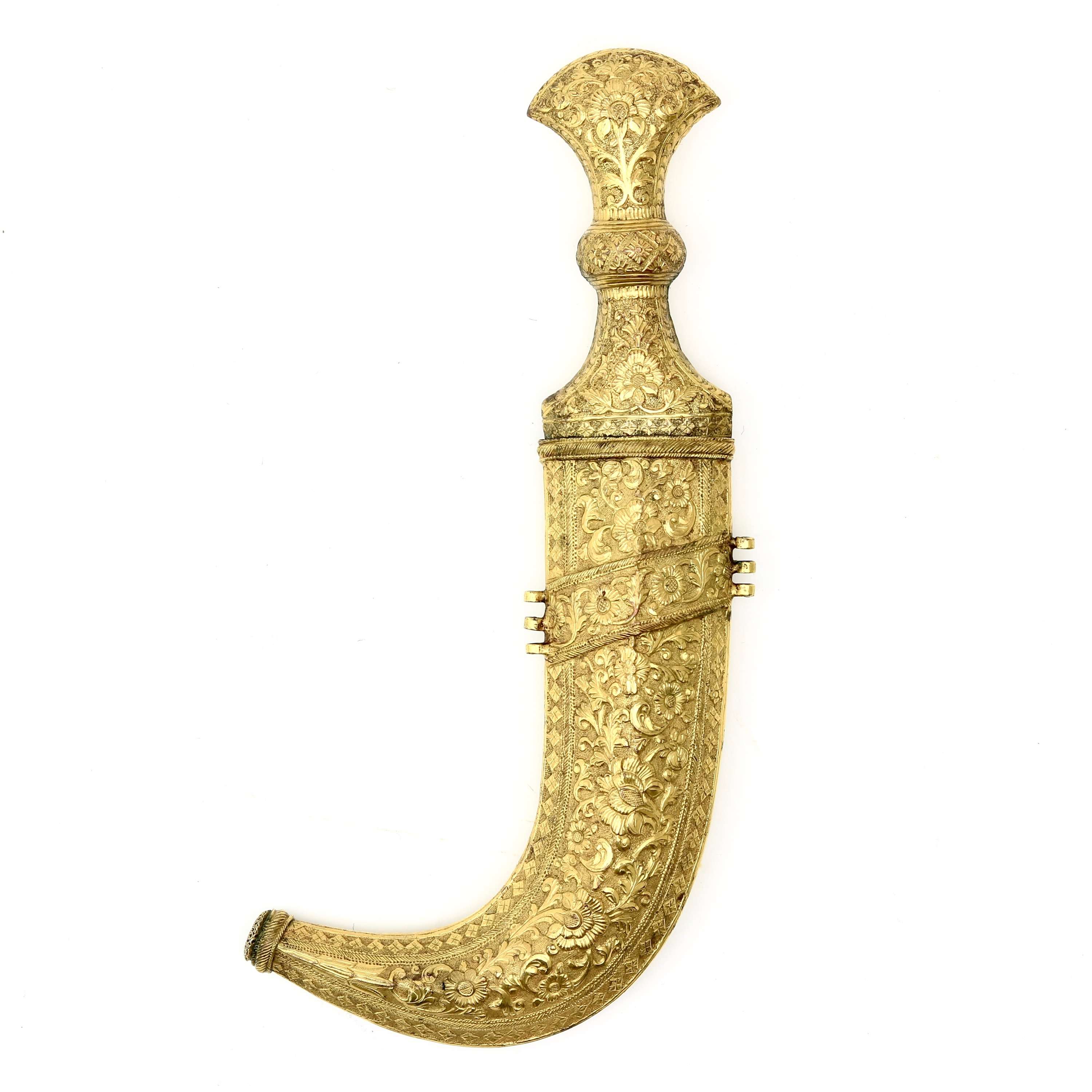 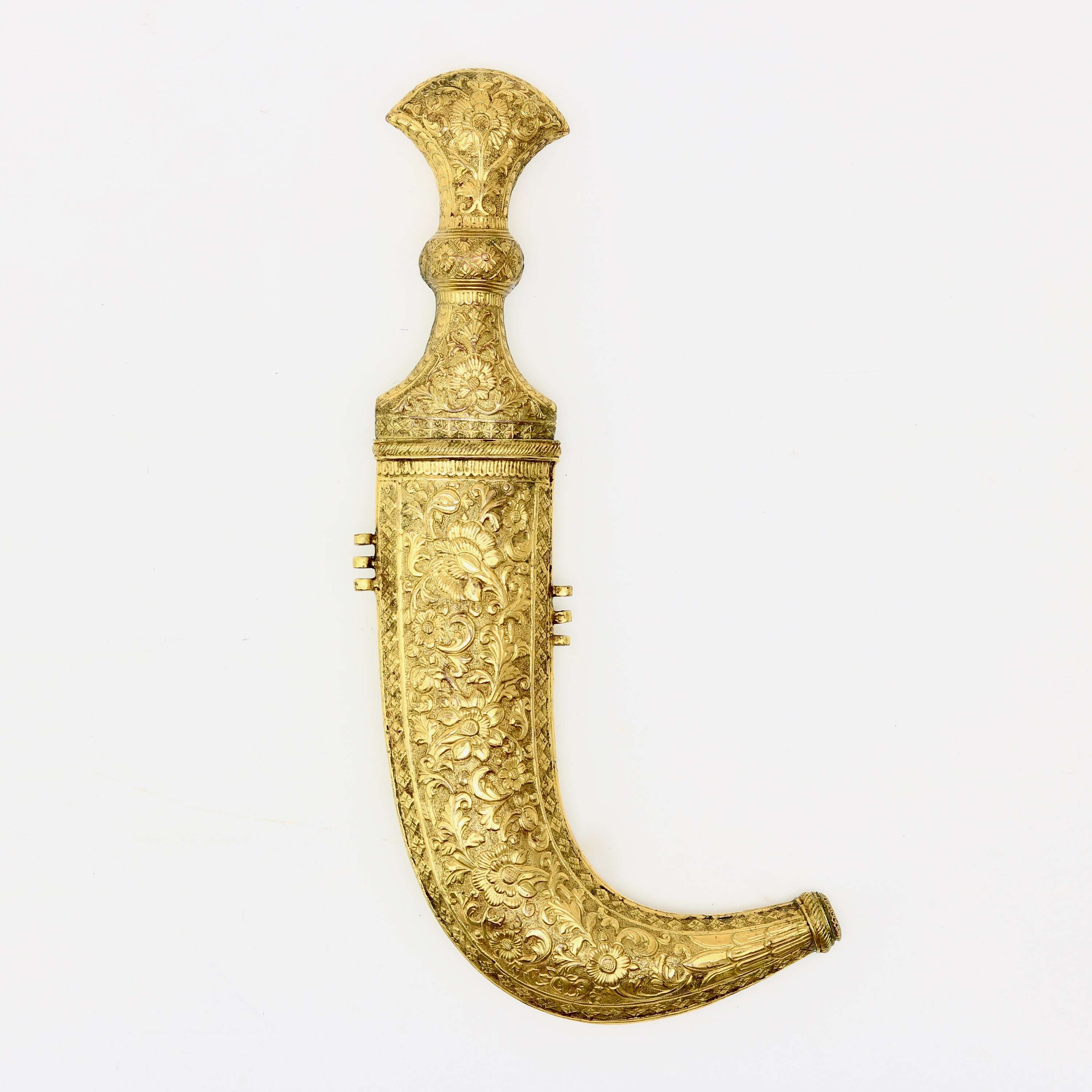 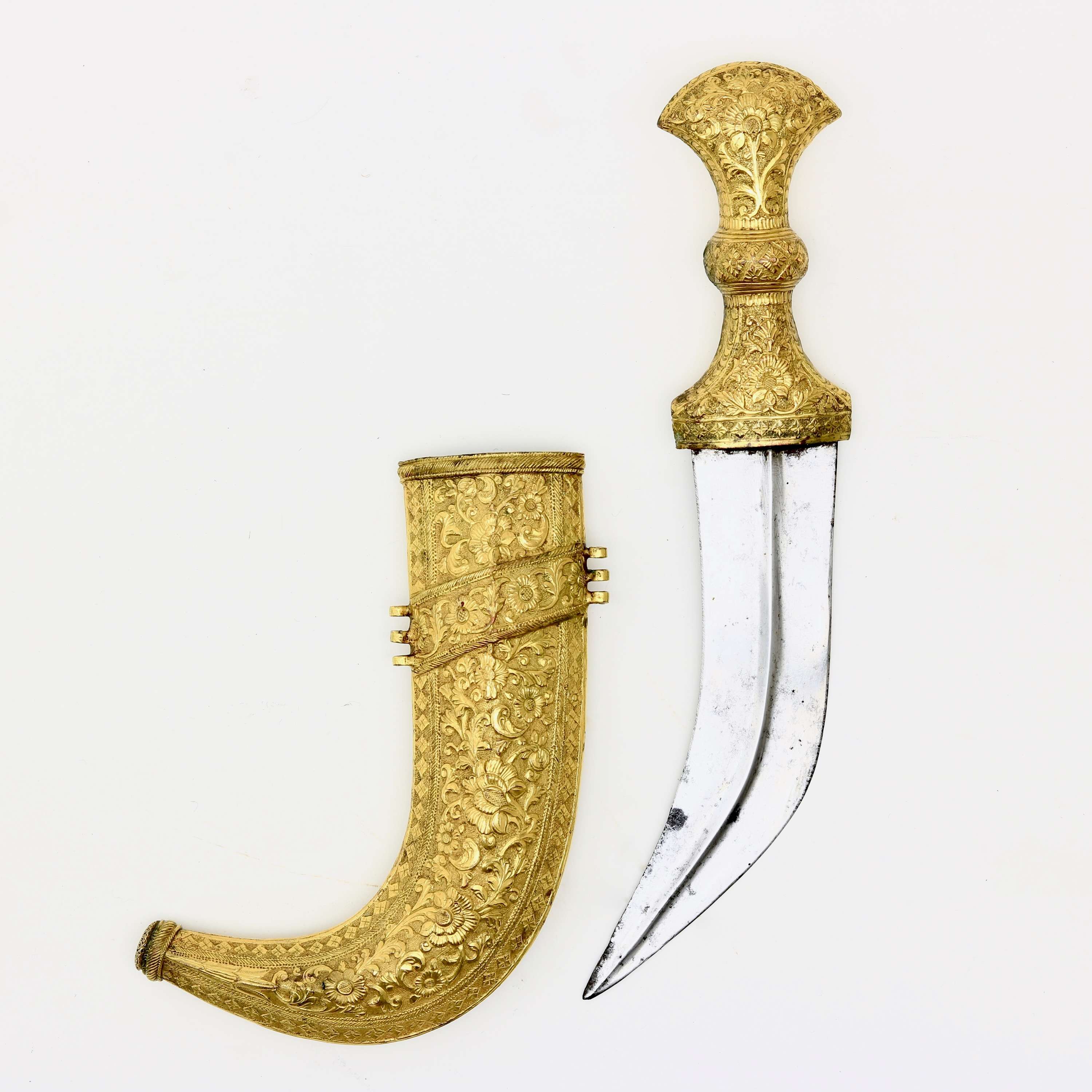 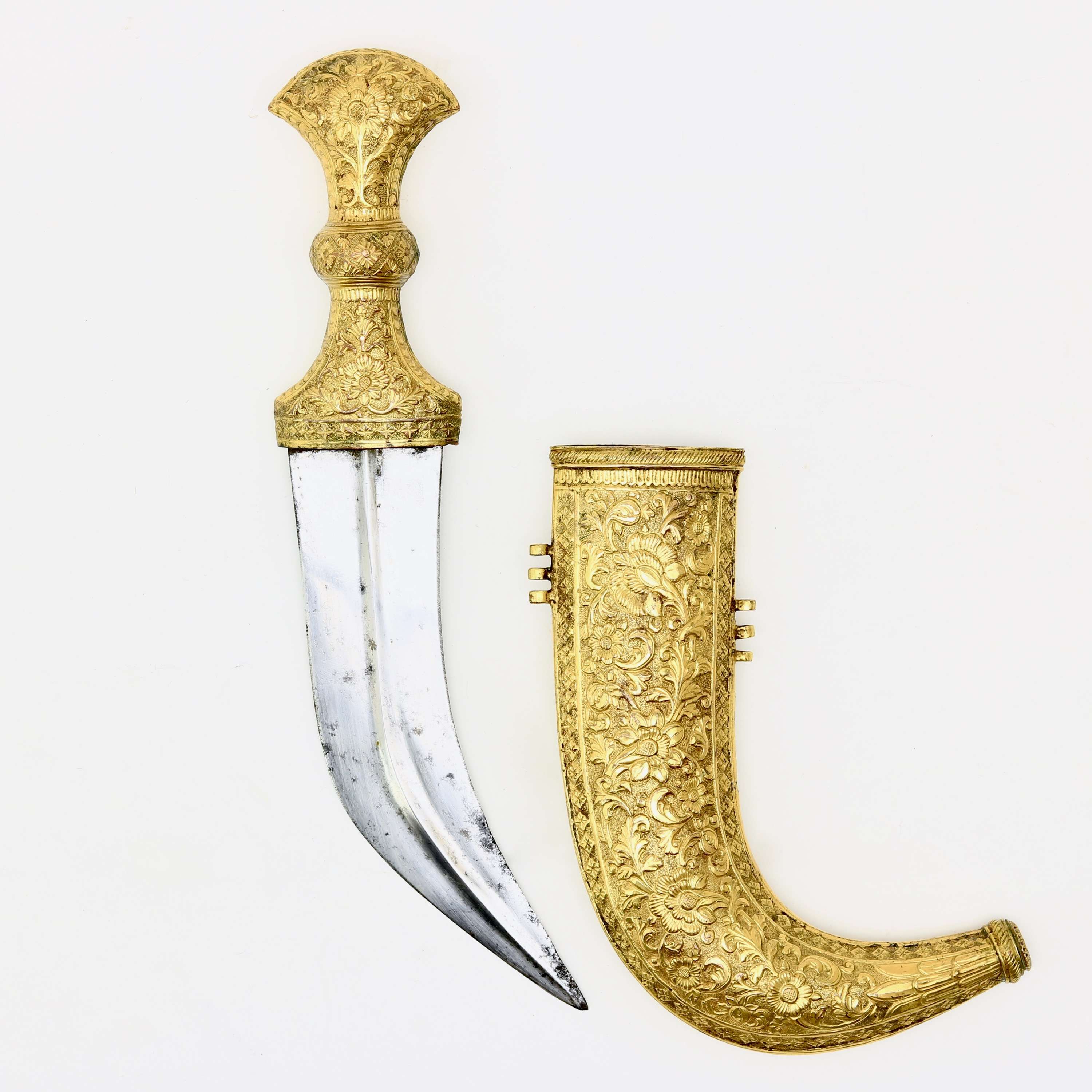 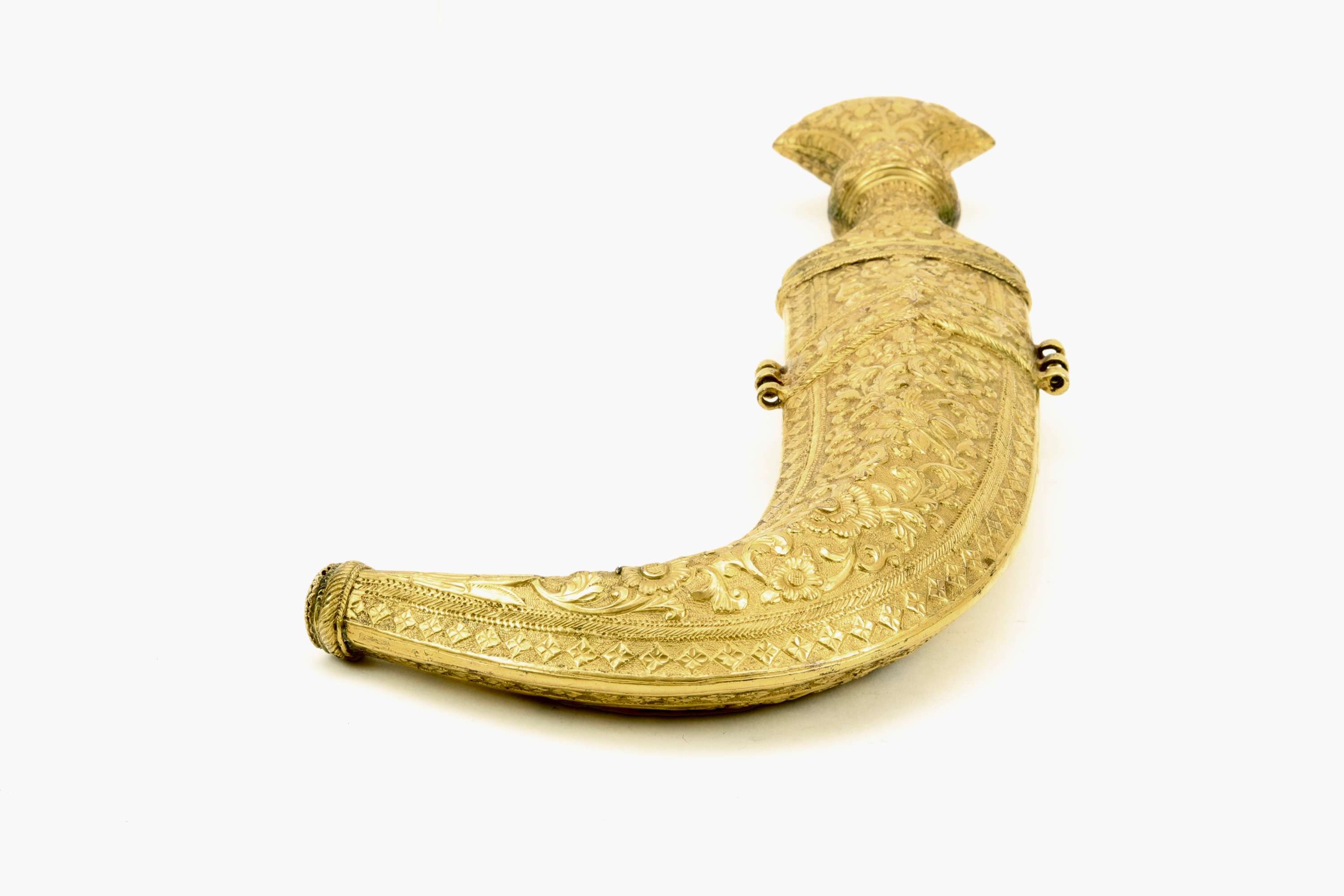 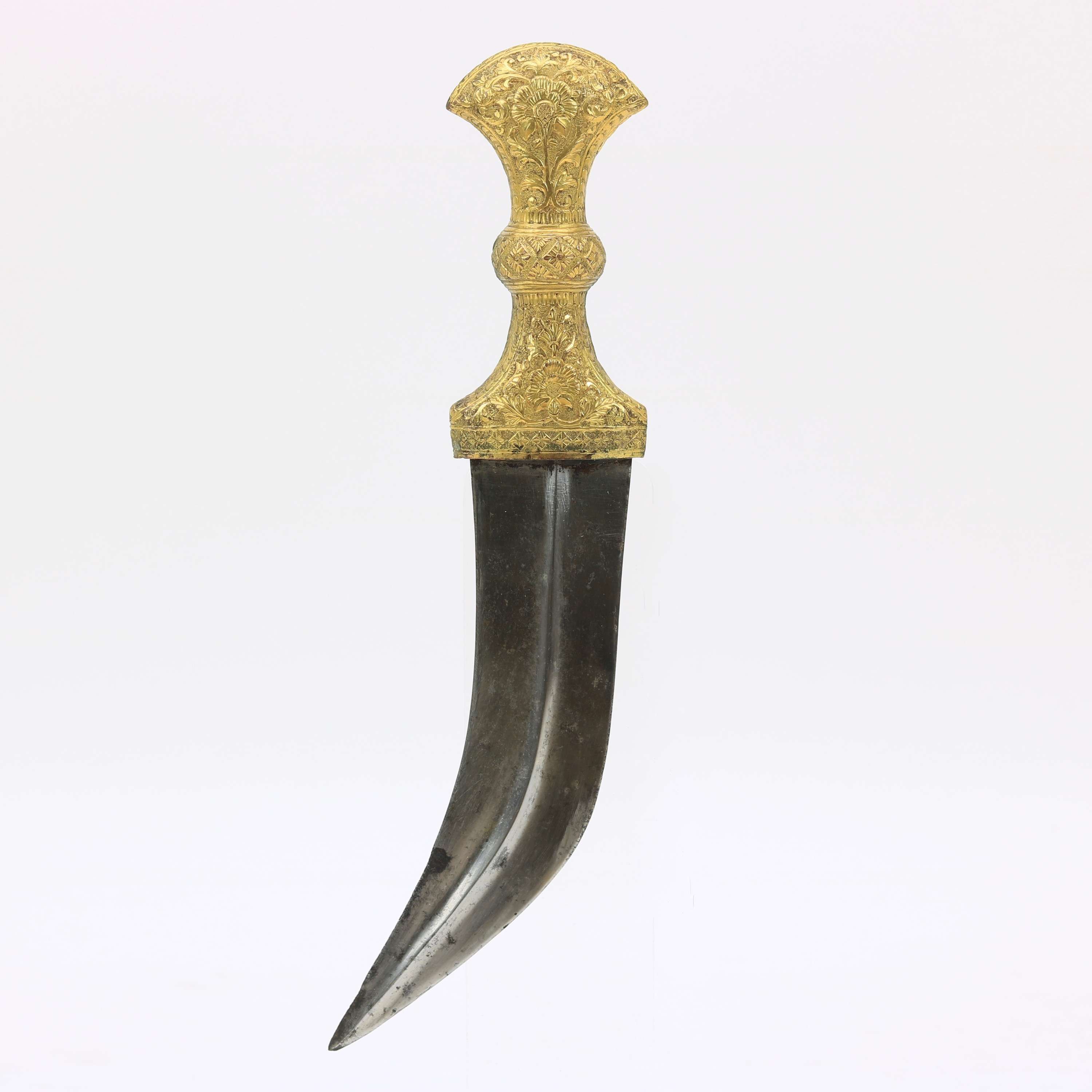 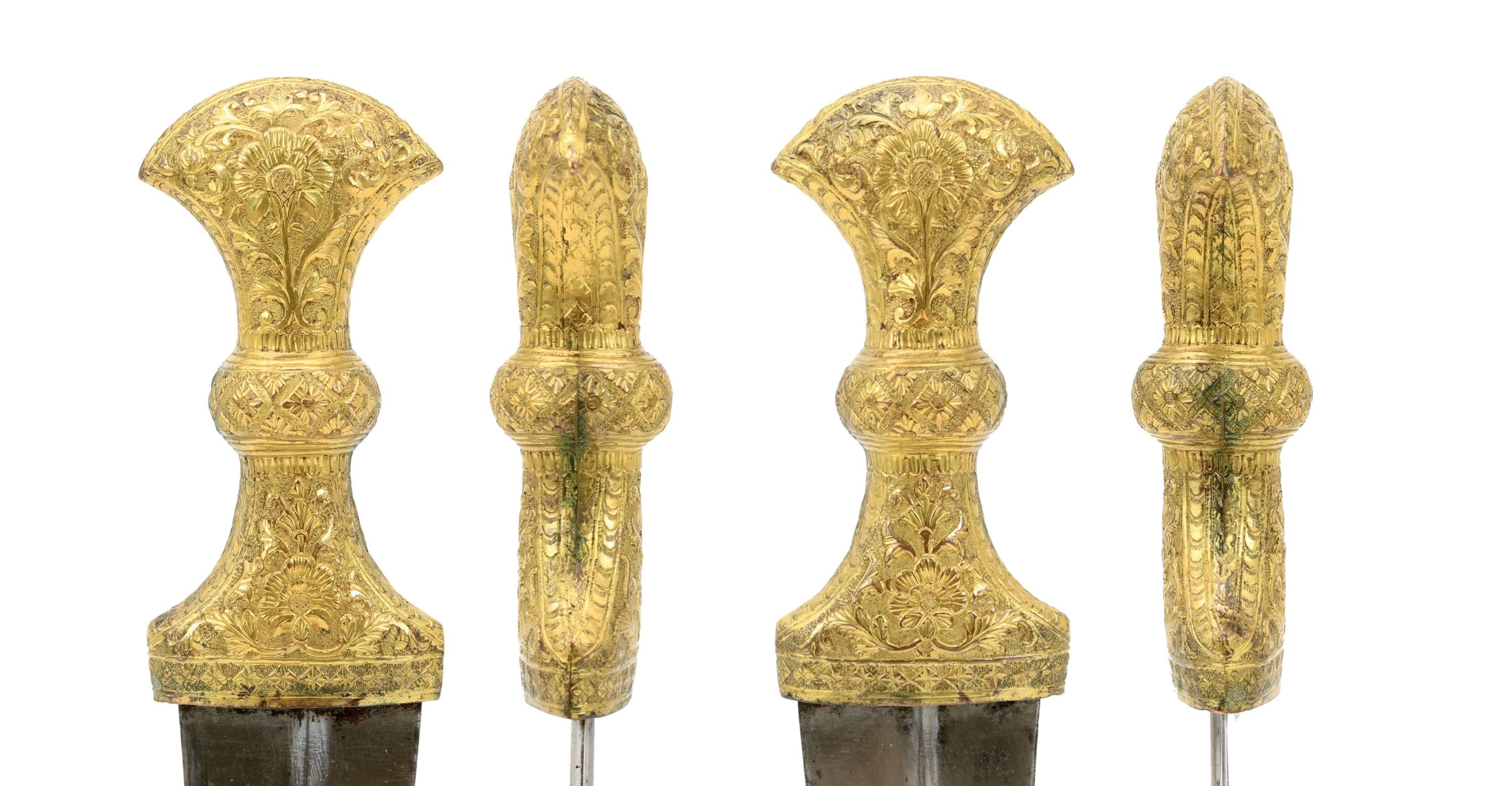 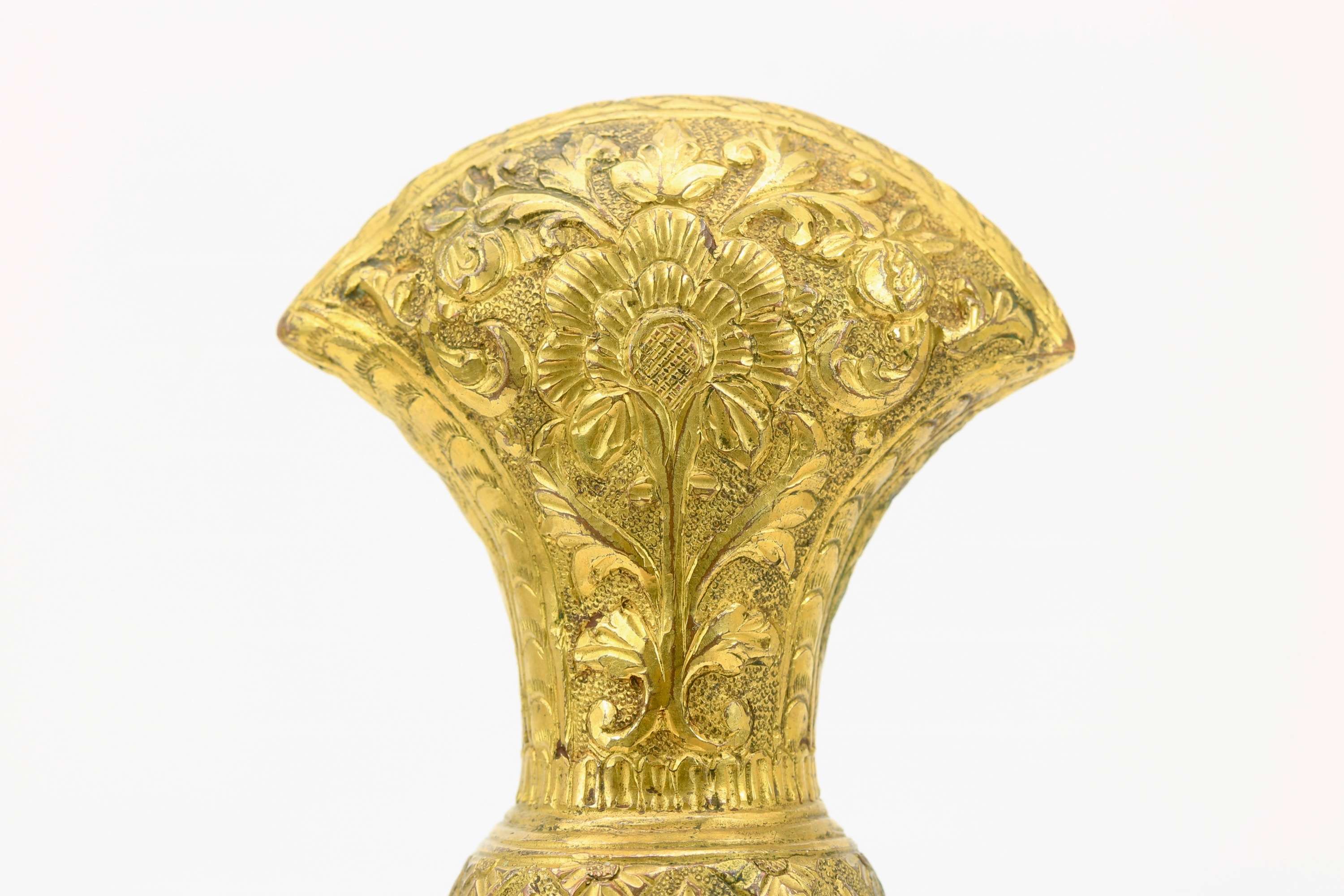 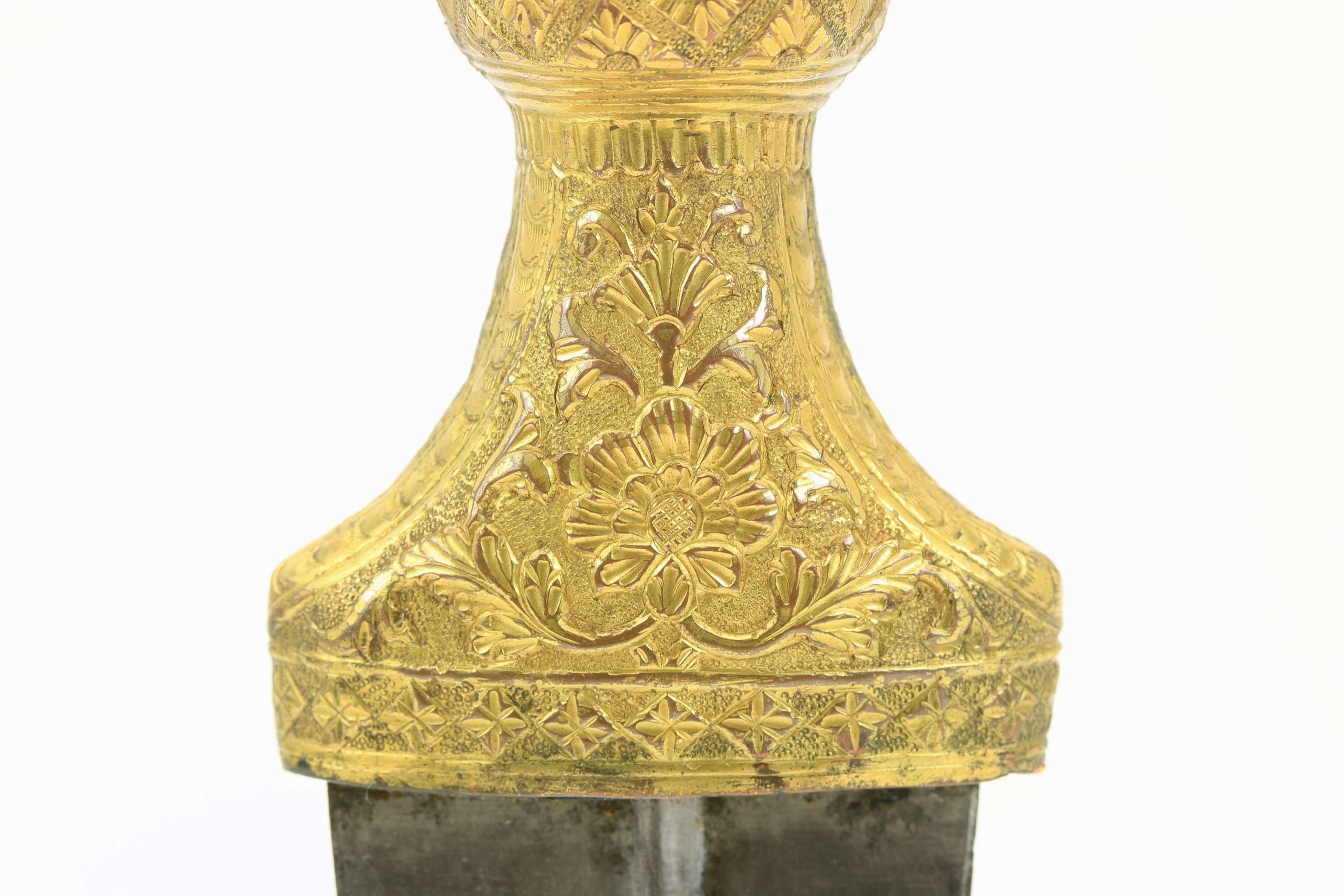 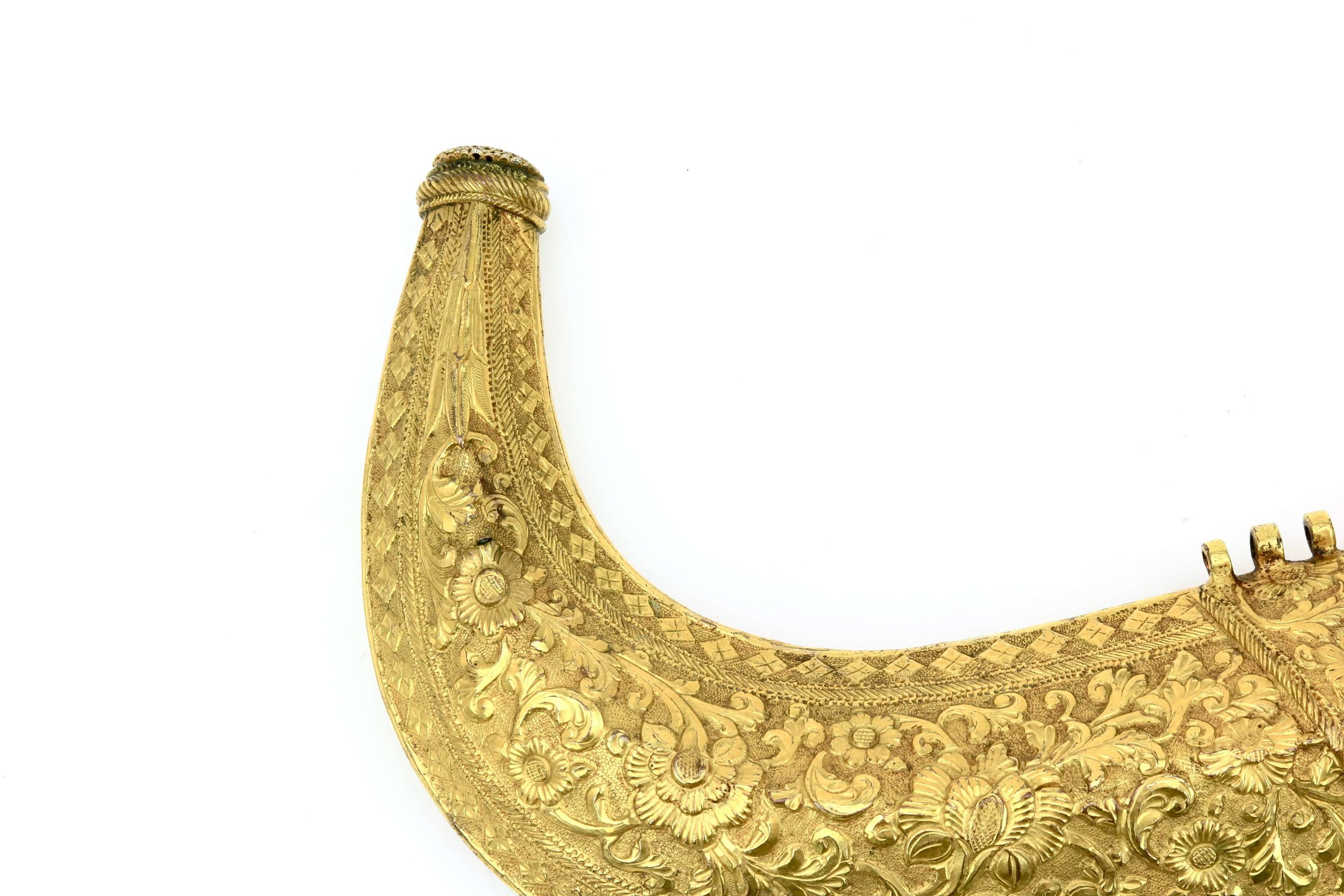 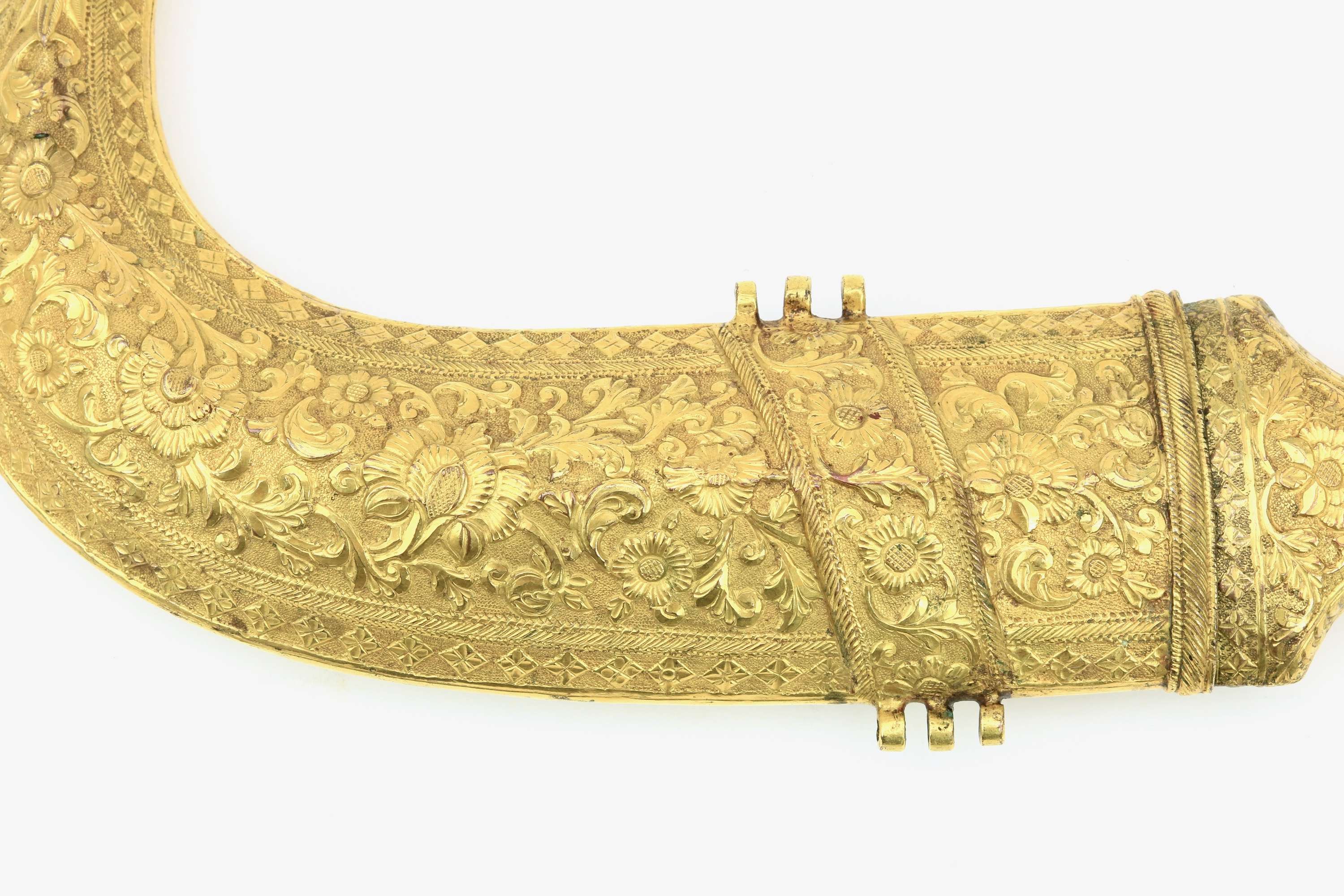 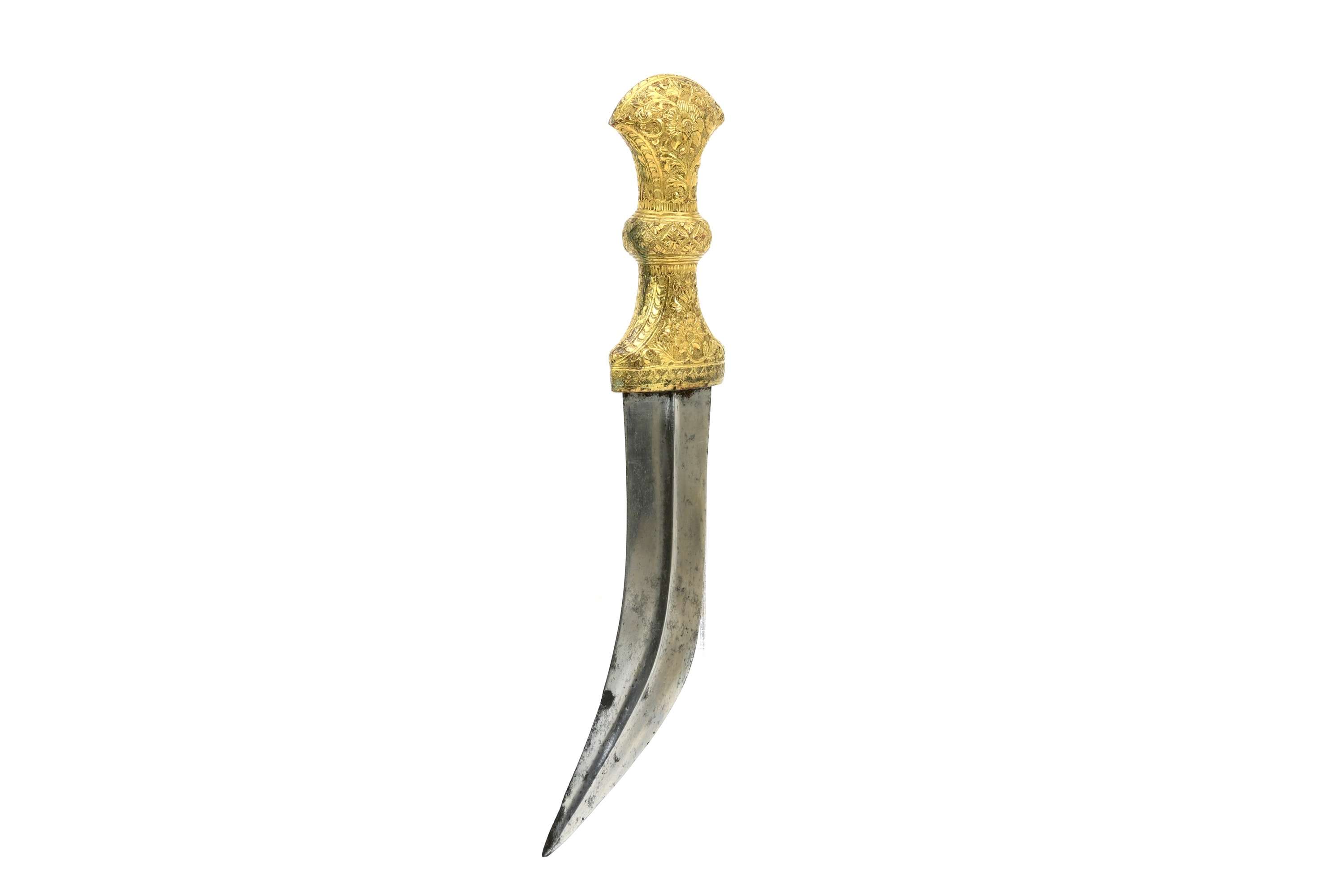 A style of dagger often associated with the pilgrimage to Mecca.