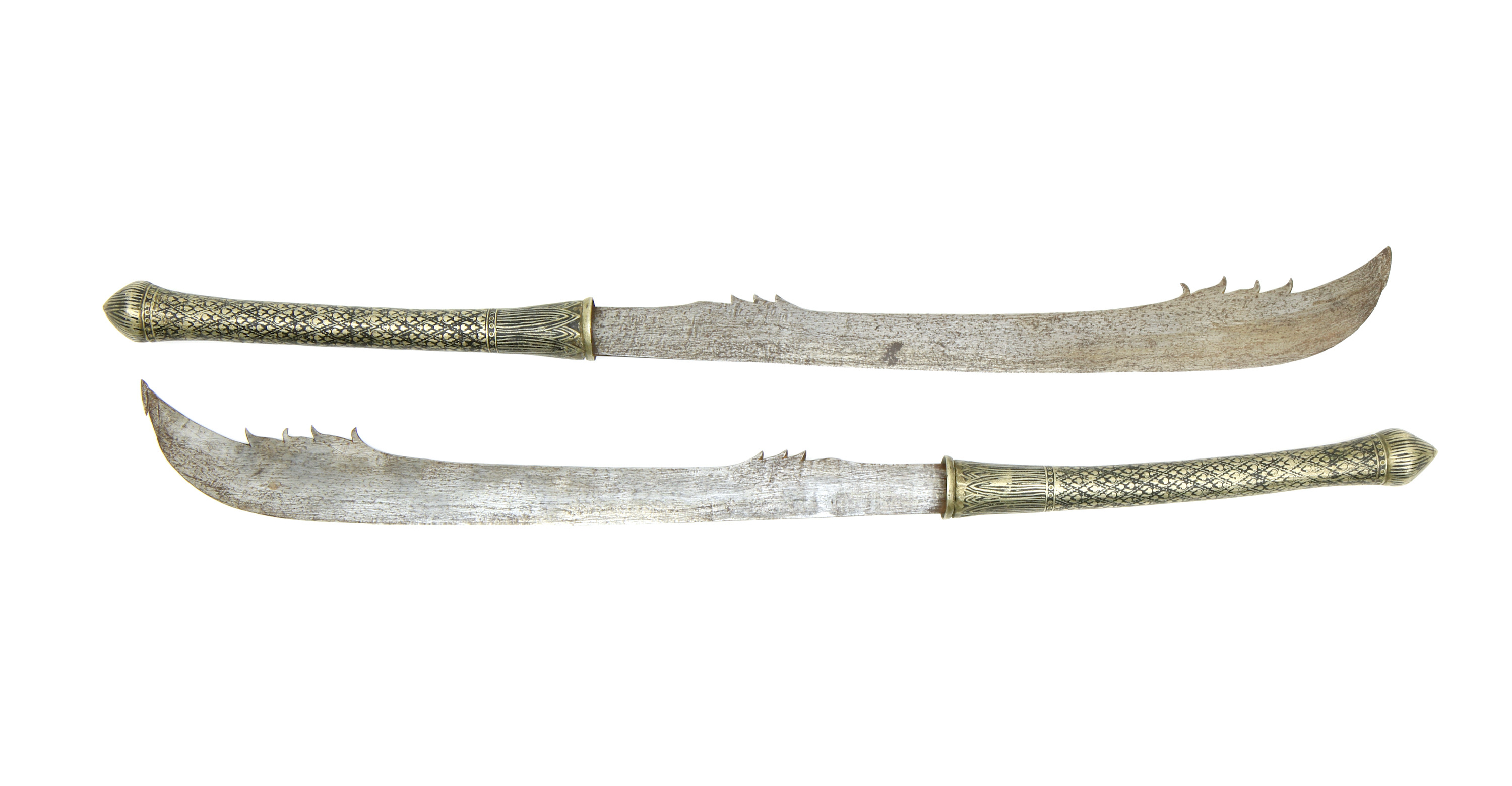 A rare pair of double swords, probably from Laos. They are known locally as 'daab sri gun chai' or "flame-backed swords". Each sword has a dramatically shaped blade with a wide tip section with a strong curvature near the end.

The spine shows a series of protrusions both near the tip and a few near the base. The blades are forge folded with the layering prominently visible in some areas, reminding of Vietnamese work.

Both hilts are made of a pale yellow copper alloy with designs cut out and filled with a black substance, probably lacquer. Each has a small, separate guard plate at the front.

Very little is known about this type of weapon, and I am not presently aware of any good literature that mentions them. Based on local oral tradition, they are said to have been carried by guards who protected the legs of elephants, and most date from the late 18th century.

With their large size and hilt-heavy balance, this set may be ceremonial versions of such weapons, perhaps carried during processions. 18th or 19th century. 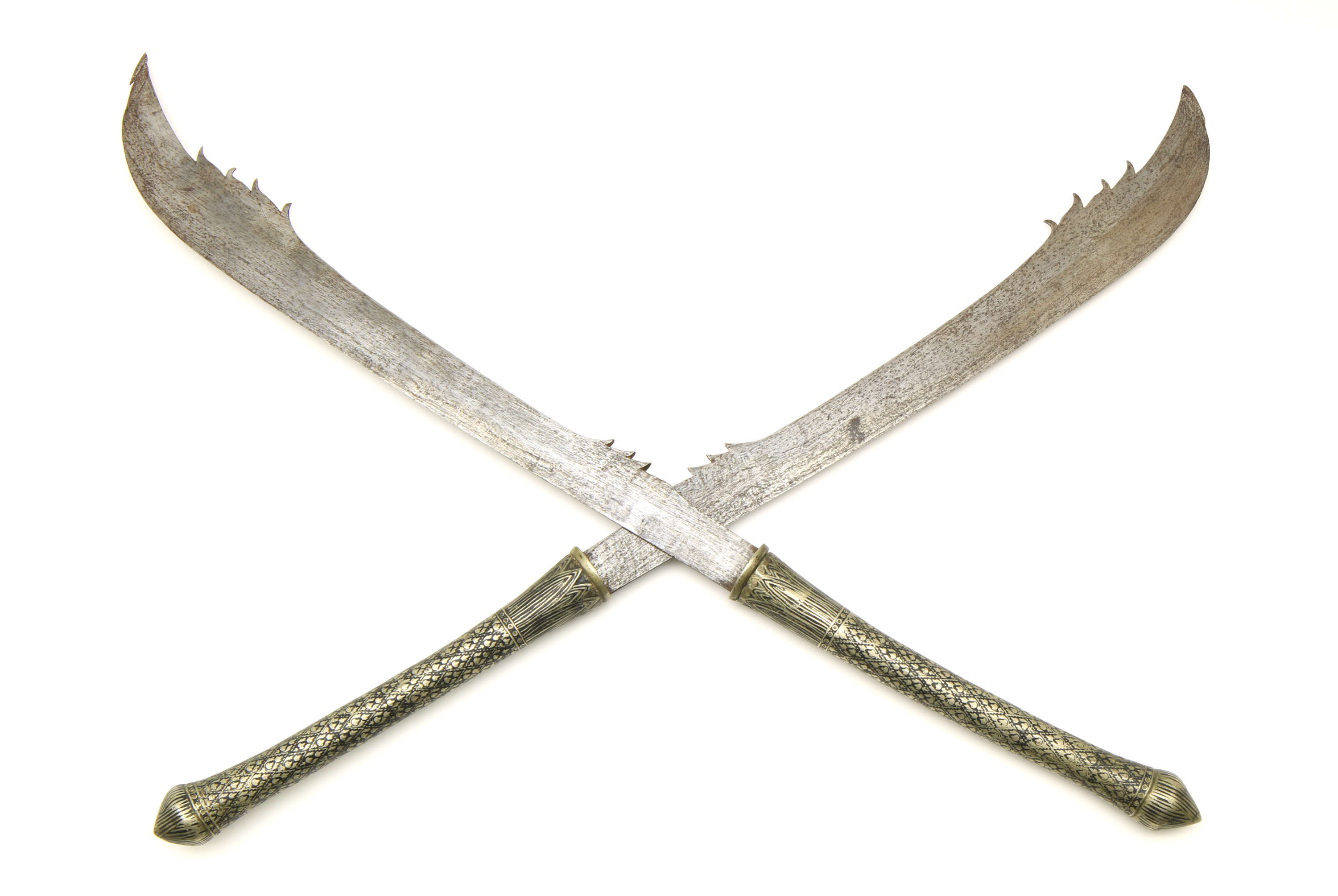 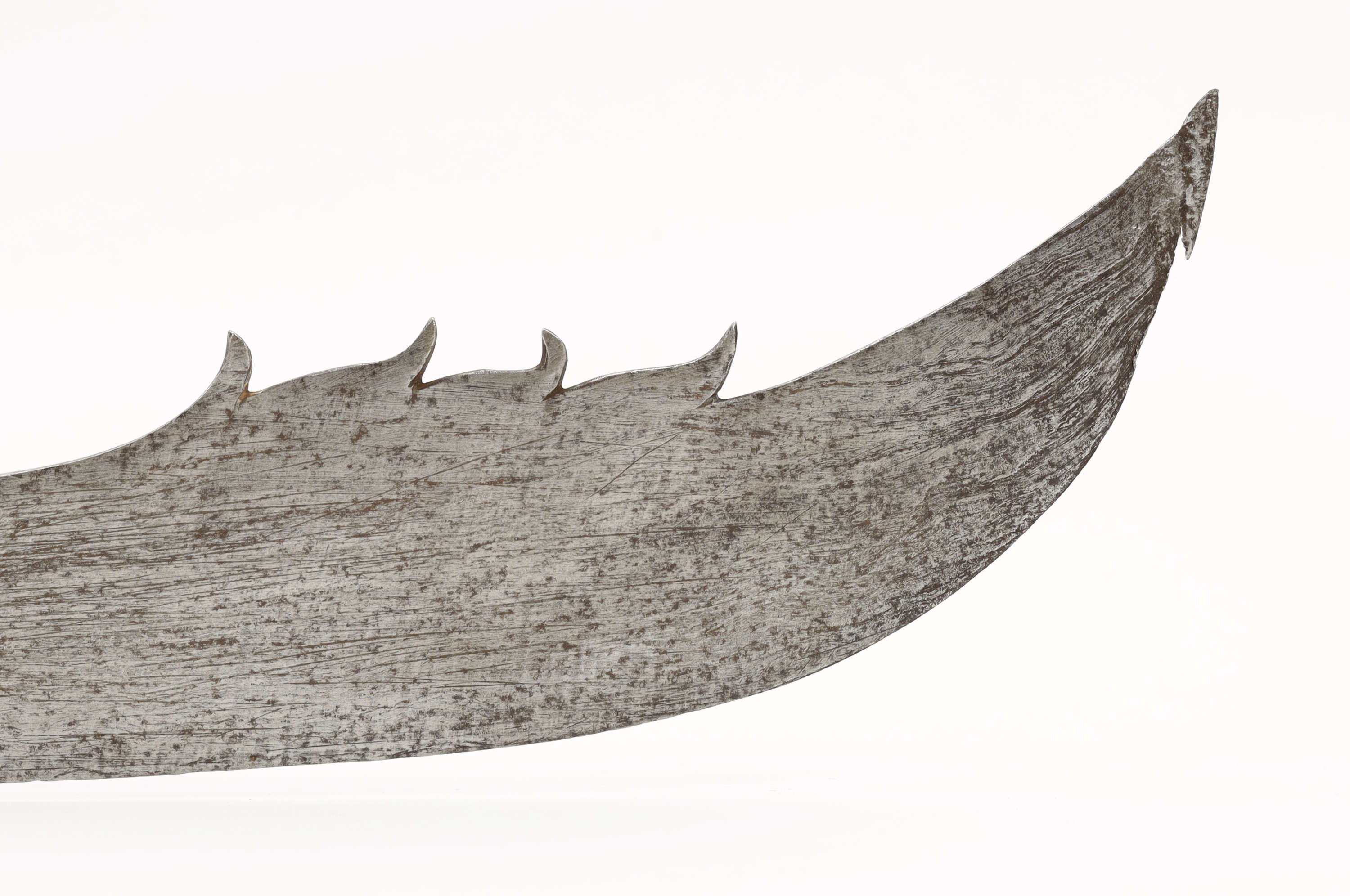