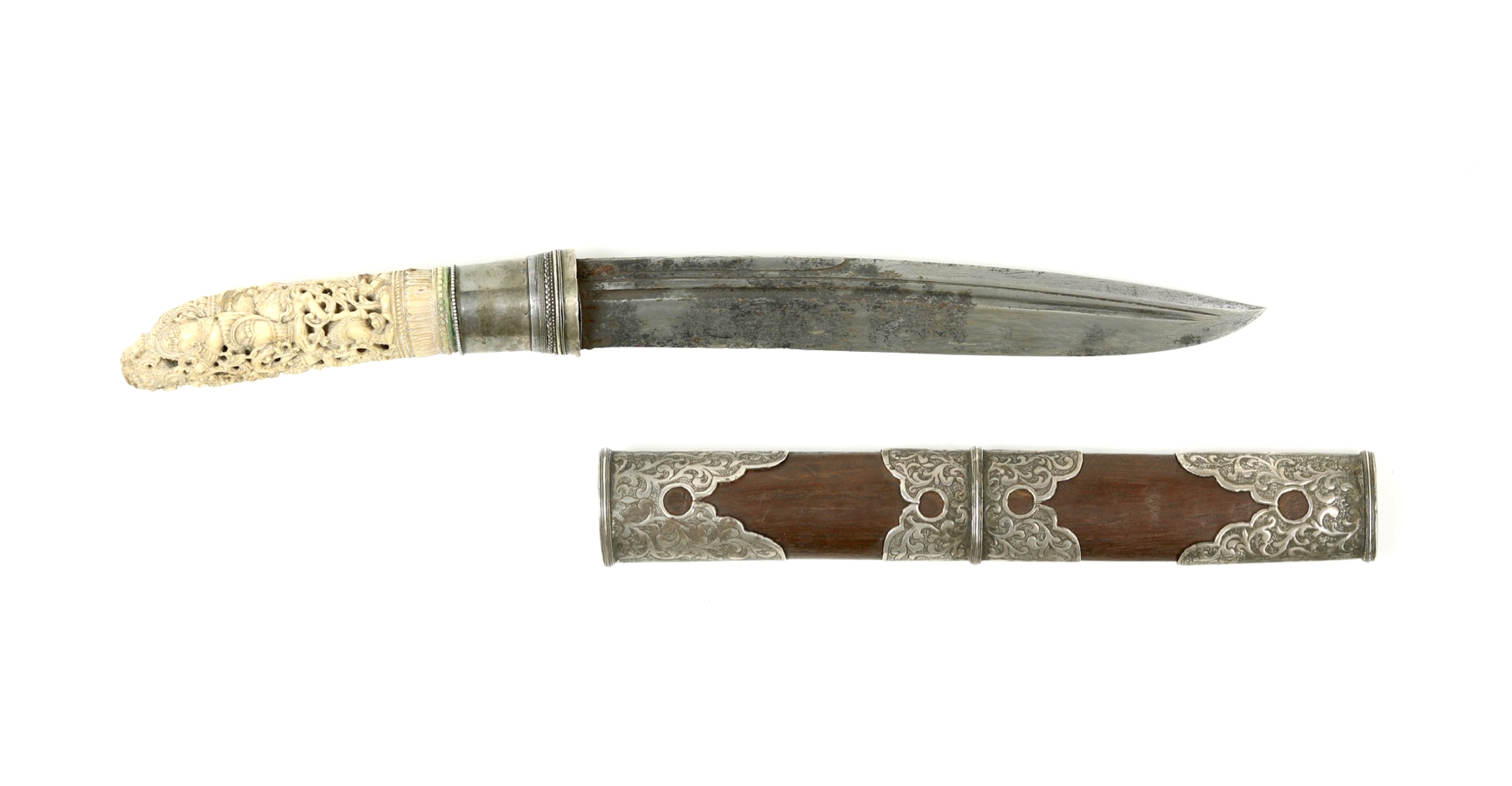 The dha hmyaung is the small version of the dha sword. Simple versions were worn by men as everyday utility knives. More ornamental ones like these were worn for personal protection and as status symbols.

A large example with a blade with a gracious contour and a combination of narrow grooves and long back bevel. Unfortunately, it has lots of pitting in the center but the quality of the blade is still obvious through the precision of its geometry.

The hilt is connected to the blade with a silver ferrule in typical Shan style with bands of twisted silver wire. The finely carved ivory hilt is, of course, the star of the show. It is worked to great detail and complexity and is one of the finest examples of such hilts I have seen so far.

The best carving in ivory was done in Moulmein (Mawlamyine) in the southern stretch of Burma with some "fairly good work" done in Pyinmana in central Burma. There had also been a carver active in Rangoon (Yangon), but by 1900 he had retired and outsourced orders to Moulmein.

In Moulmein, the ivory is procured chiefly from Shan traders and occasionally from the local timber mills, or the Commissariat Department when an elephant happens to die or break its tusks.

Articles are not manufactured in anticipation of the demand, but solely to meet orders received.1 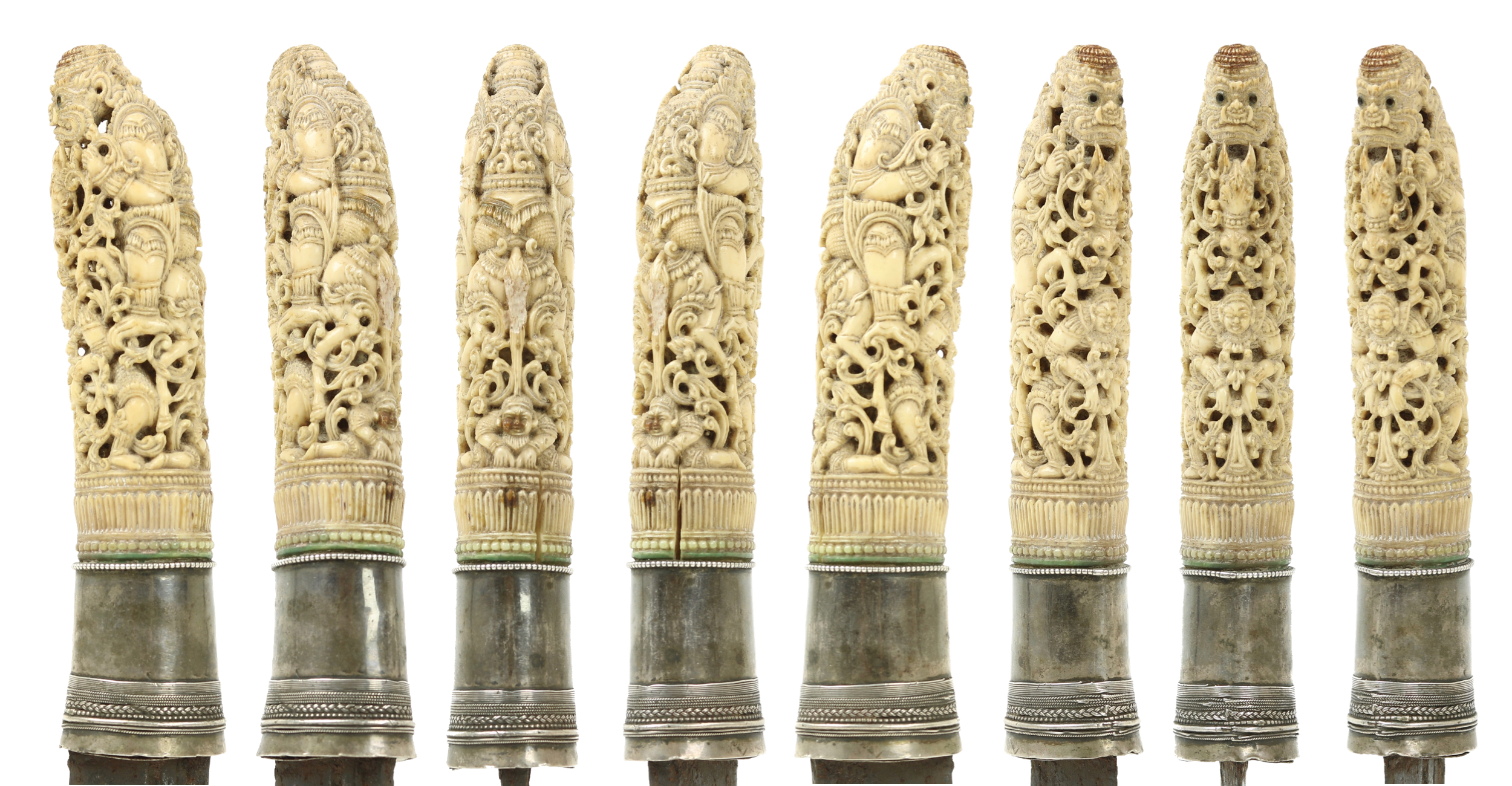 As these hilts were all custom ordered, no two were the same. They tend to be full of symbolism that probably says something about the owner and the intended purpose of the knife. On this example, the main figure is a fierce looking demon on a horse that is about to crush two people below. The demon is a Burmese type of ogre, locally called nat. This particular one could be the fierce nat Ponnaka.2

The scabbard is made of a dark hardwood with mounts of silver sheet worked in repousse with typical Burmese floral motifs. The mounts take influence from both Vietnamese and Chinese work.