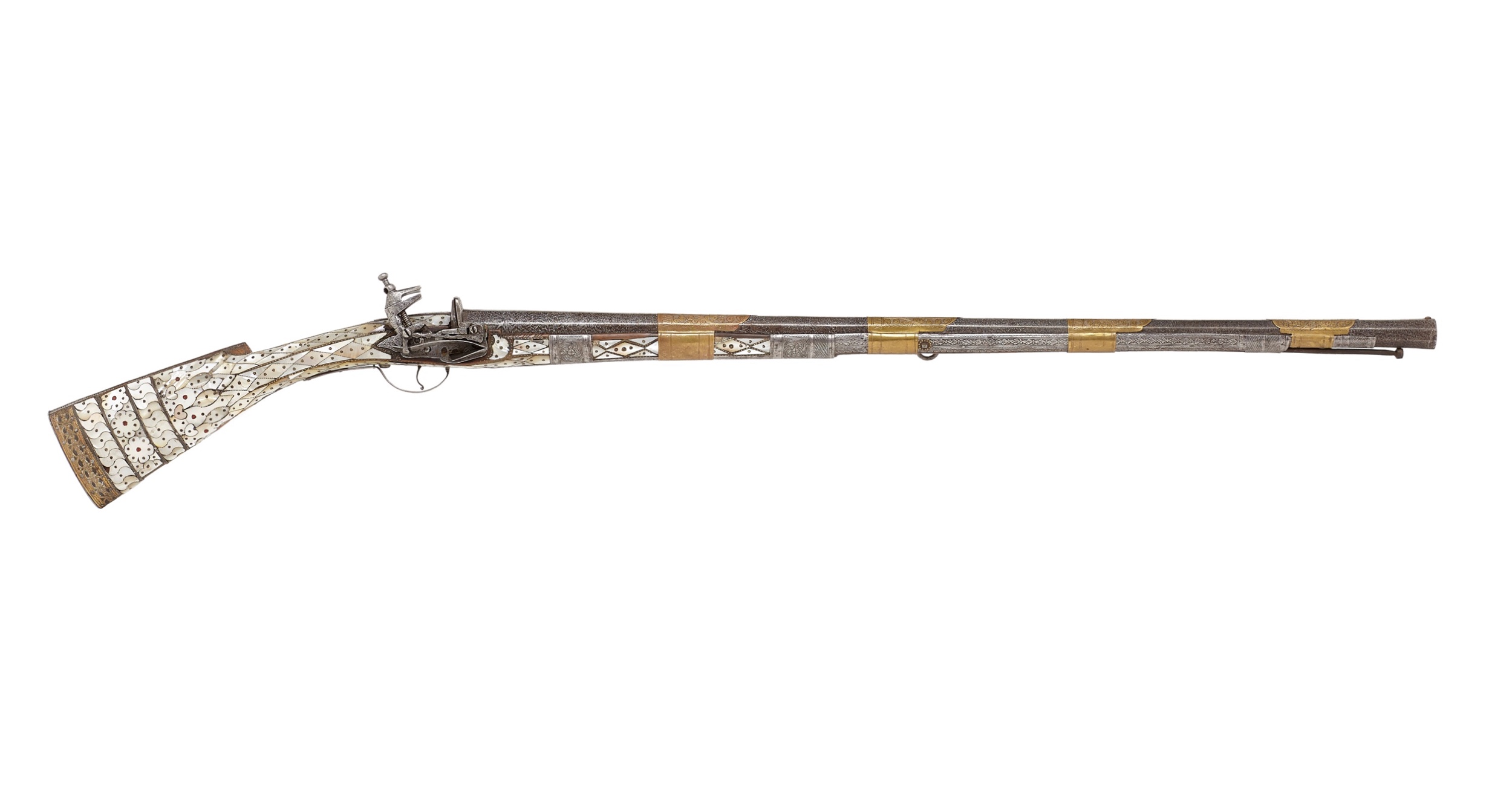 "One of the most beautiful and sought-after Balkan guns is the džeferdar or jeferdar, from the Turkish cevherdar, derived from the Arabic and Persian jauhar or johar, meaning lustre or jewel." 1

Signed and dated examples of such guns attribute them to makers in Boka Kotorska and Western Herzegovina between the 17th century up to around 1870. The mother-of-pearl for the stocks was imported from Italy and cut in Risan in the Bay of Kotor, or Boko Kotorska. The best examples were intended for the market in Istanbul.2

A very fine specimen. It is built around a high-quality Ottoman twist forged barrel of high contrasting steels, creating a prominent pattern in bright silver and dark grey to black. The work is fine and consistent. The muzzle shows its rifling, with seven spiralling grooves.

The lock seems to be a local copy of a north-Italian miquelet, nicely made with fine engravings of puffs of smoke. There is a small, teardrop-shaped maker's stamp that is now unintelligible.

The stock is typical for this type of gun. The form is derived from 17th-century Brescian guns which were exported into the Balkans in large numbers at the time. Made of dark hardwood, it is almost entirely overlaid with pieces of mother-of-pearl held by brass nails, some further adorned with dimples filled with red lacquer. The butt end is reinforced with an iron plate, with around it a distinctive band in brass openwork.

Much of the forestock is covered in chiselled and engraved steel plate, the work is much more finely done than usual on these and may be Brescian work, or done by a Brescian -(trained?) maker.

In very good condition throughout. Some minor losses on the mother-of-pearl, see photo. Also, a small repair on the top of one of the capucines. The ramrod is probably a later addition.

The best source on this type of gun is Robert Elgood's The arms of Greece and her Balkan neighbours in the Ottoman period. He lists 18 džeferdar that were made between 1788 and 1861 that show a remarkable continuity in design over time. Our example compares favourably to most of them, especially in terms of the quality of the engraving on the metal mounts.

The best stylistic match of this group is with catalogue number 061. It has a lock signed "Ghinelli", possibly referring to a Paolo Chinelli II who was active in the 18th century. He was a member of a celebrated family of gunmakers in Gardona, near Brescia. This piece has a Venetian barrel. Elgood believes the steel sheet on the stock on this piece is possibly done in Brescia. The stock was made in Boka Kotorska.

A very fine example of a prized type of gun from the Balkans. Looking at other comparables, this piece probably dates from the late 18th to turn of the 19th century. Its design shows a strong influence of Italian and Ottoman gun making, paired with the distinctive mother-of-pearl work that these guns are known for. 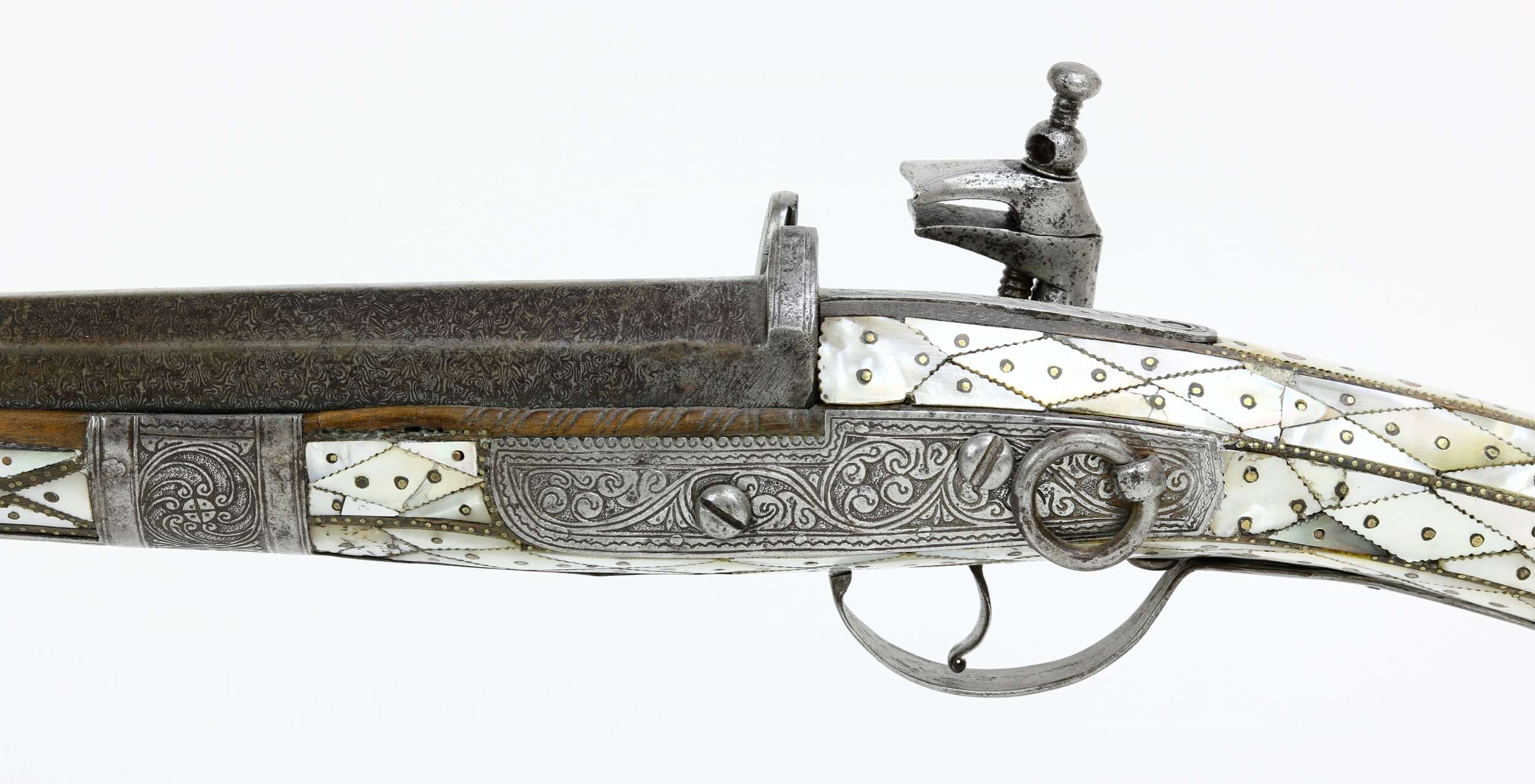 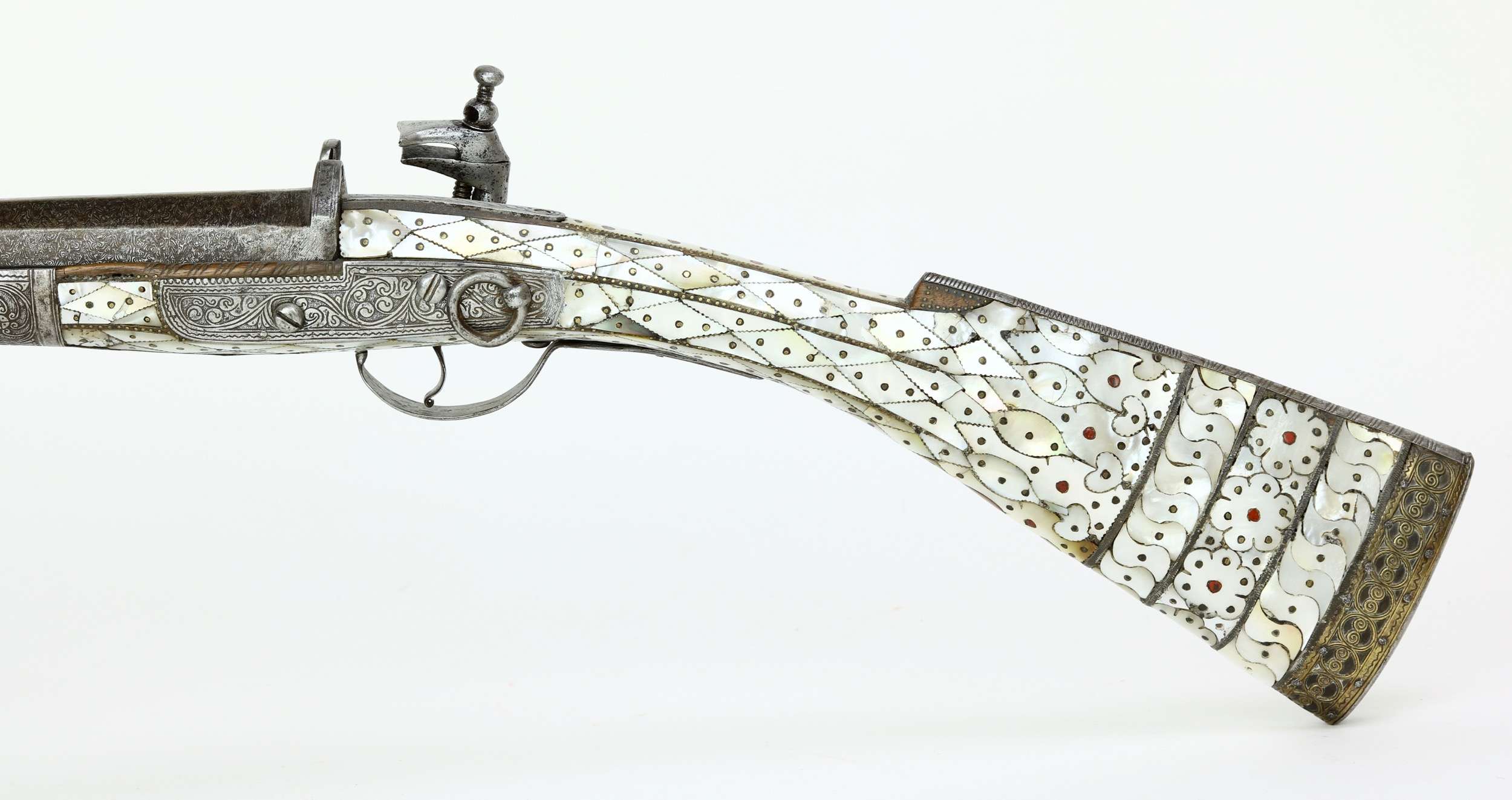 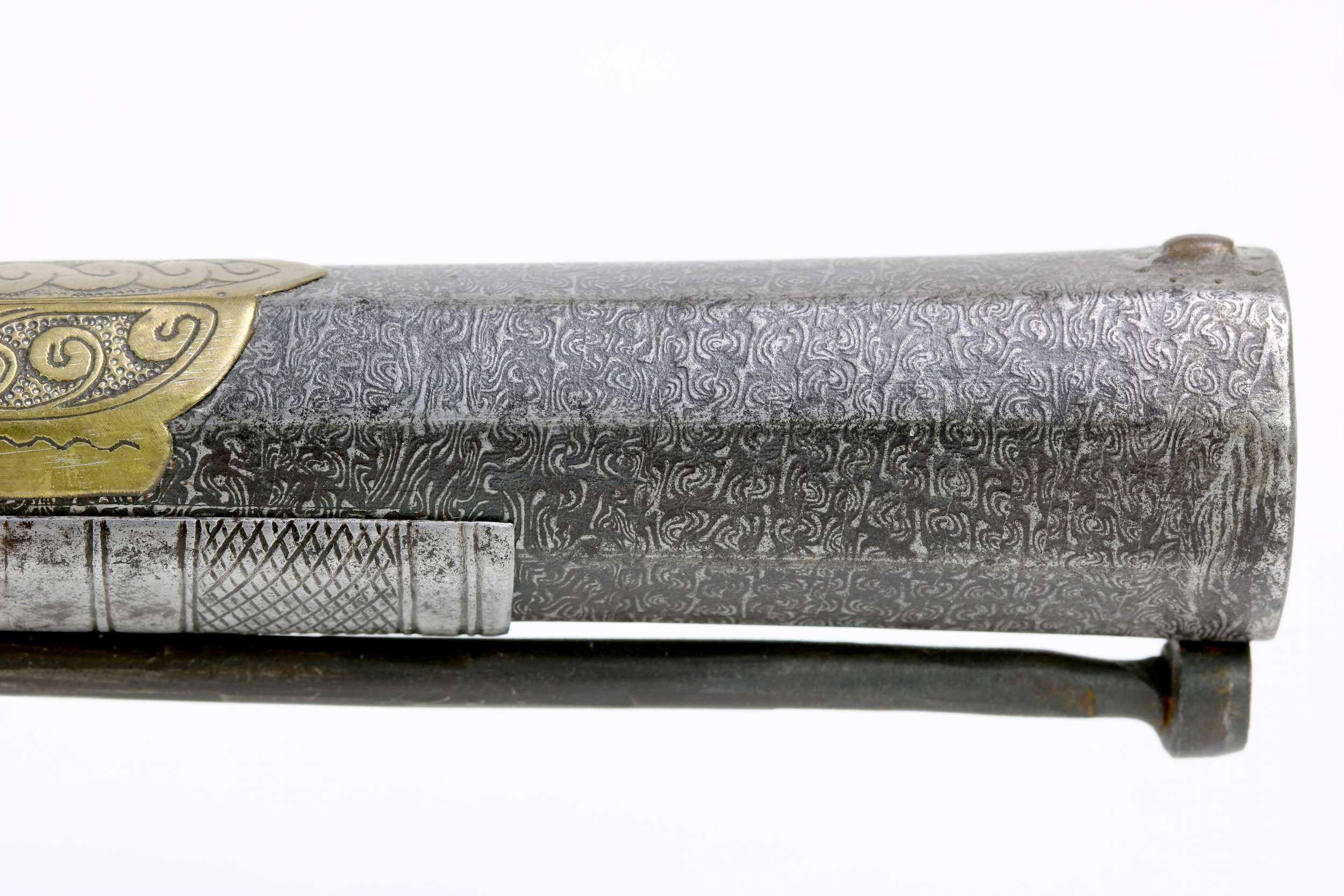