A very unusual Bhutanese dagger or dozum with a blade of very rare form for its type: sharp, double-edged with triple grooves, a narrow one over the center of the blade flanked by two wider ones.

Hilt
The grip is of fluted octagonal cross-section, tightly wrapped with braided silver wire in the traditional Bhutanese manner. The heavy silver pommel has on the front a panel, deeply pierced and chiseled with Buddhist imagery of a parasol and two fish in a background of foliage.

The parasol (Sanskrit: chatraratna) represents protection from harmful forces: All take refuge in the dharma under the auspiciousness of the parasol. The two fish (Sanskrit: gaurmatsya) symbolize the benefits of a state of fearlessness, without danger of drowning in the ocean of suffering which is our world. The back of the pommel is chiseled with interlocking Y shapes in hectagons that are a heavily stylized lotus seed pod.

The pommel elements are framed within borders engraved with stylized wave patterns.

Scabbard
The scabbard is further fitted in heavy silver fittings. All mounts are deeply chased and chiseled with designs of Bhutanese thunder dragons, called druk. These dragons are the national symbol of Bhutan since the 12th century, and one proudly features on today's flag.

It was originally the symbol of the Drukpa lineage, the "Red Hat Sect" of Tibetan Buddhism that spread south to Bhutan and became its state religion. The dragons are depicted above water and among foliage. An interesting detail is that where dragons depicted in Chinese art typically chase a "pearl of wisdom", the Bhutanese druk hold a pearl in each claw: Four pearls per dragon.

Conclusion
A very rare type of Bhutanese dagger with a double-edged blade with triple fullers. Mounted in heavy silver mounts executed with three-dimensional designs of the Bhutanese national dragon. An unusual piece, both in style and quality of execution. 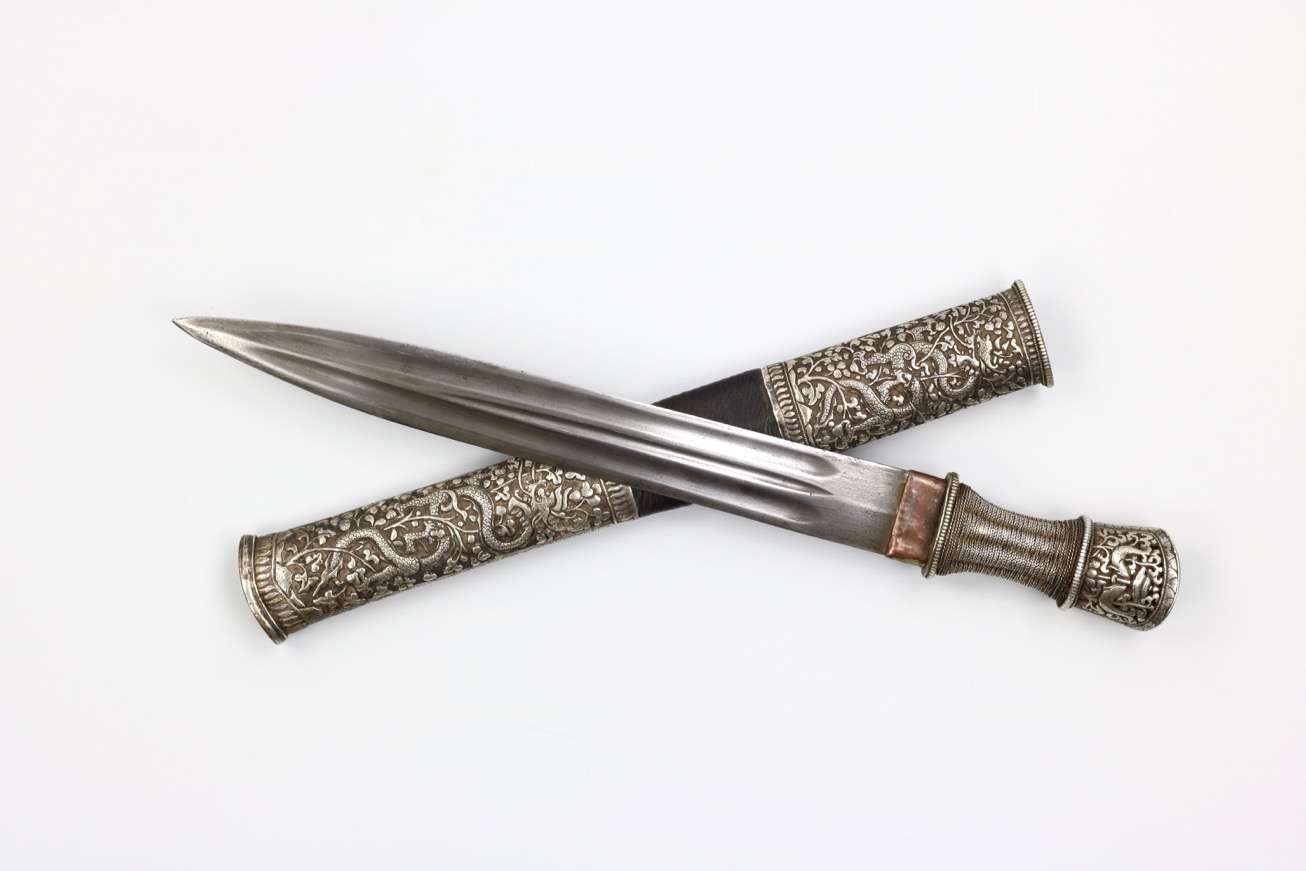 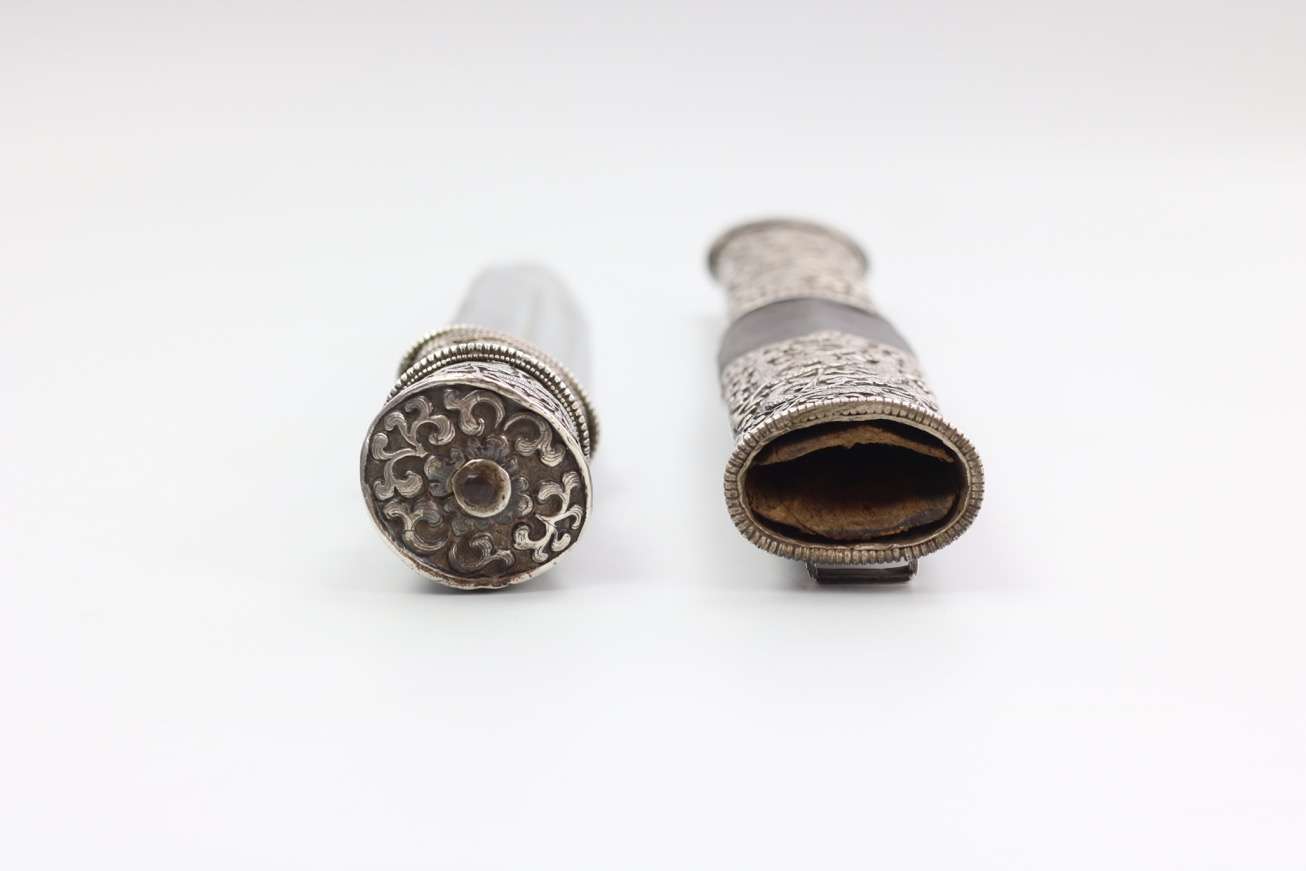 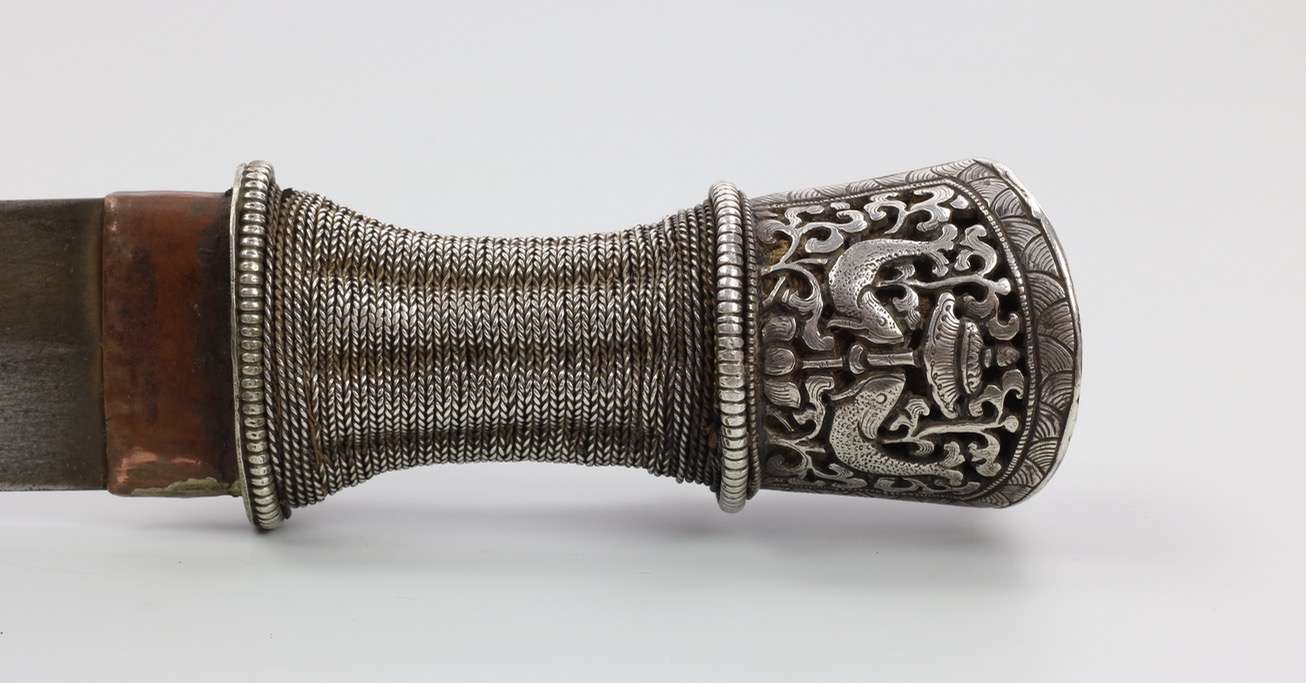 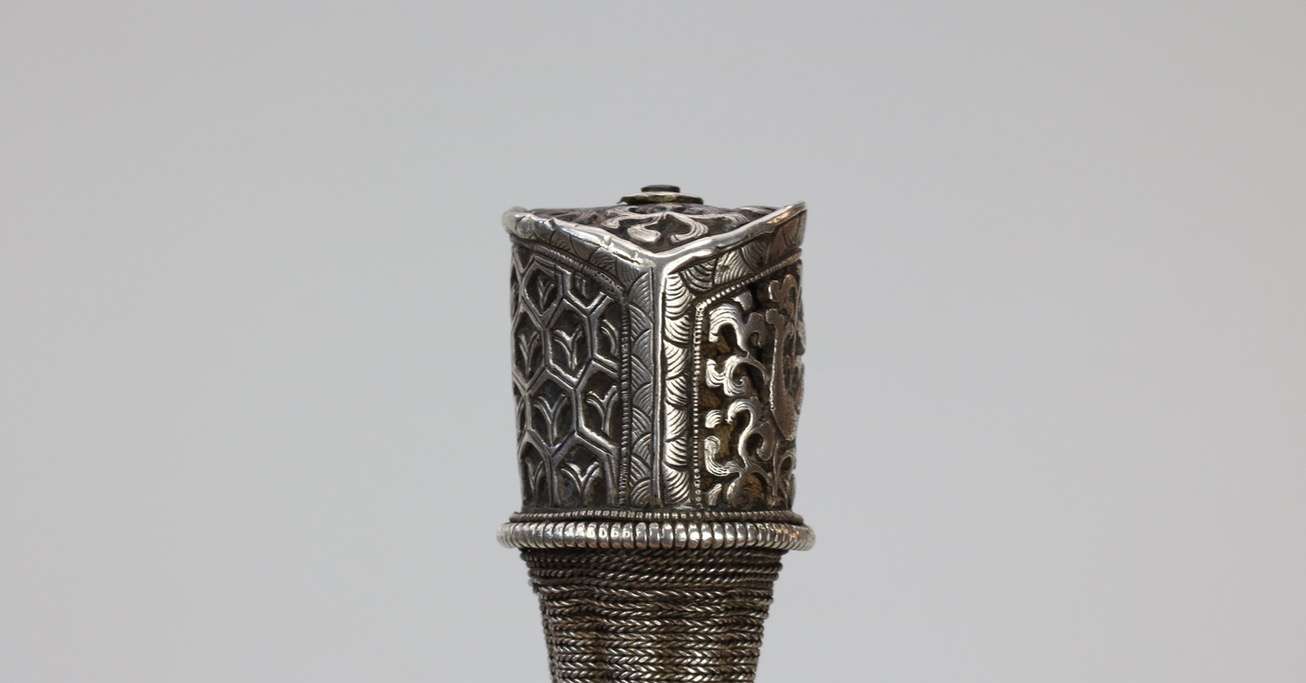 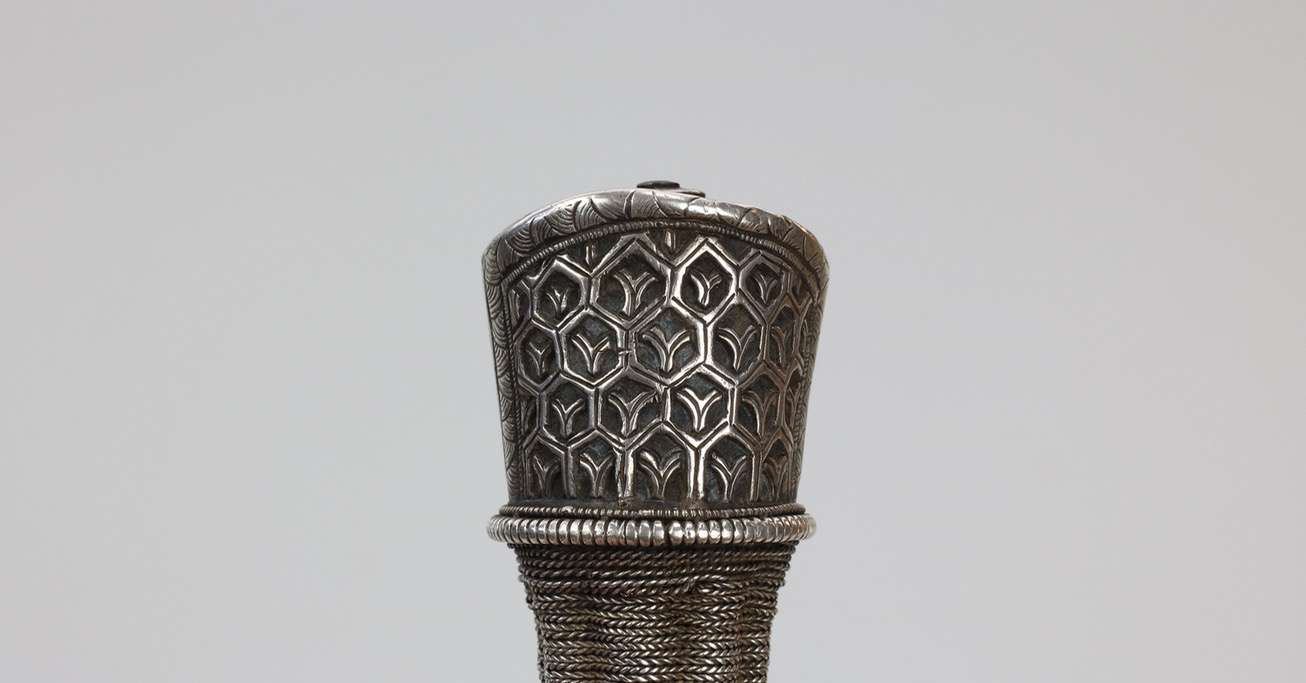 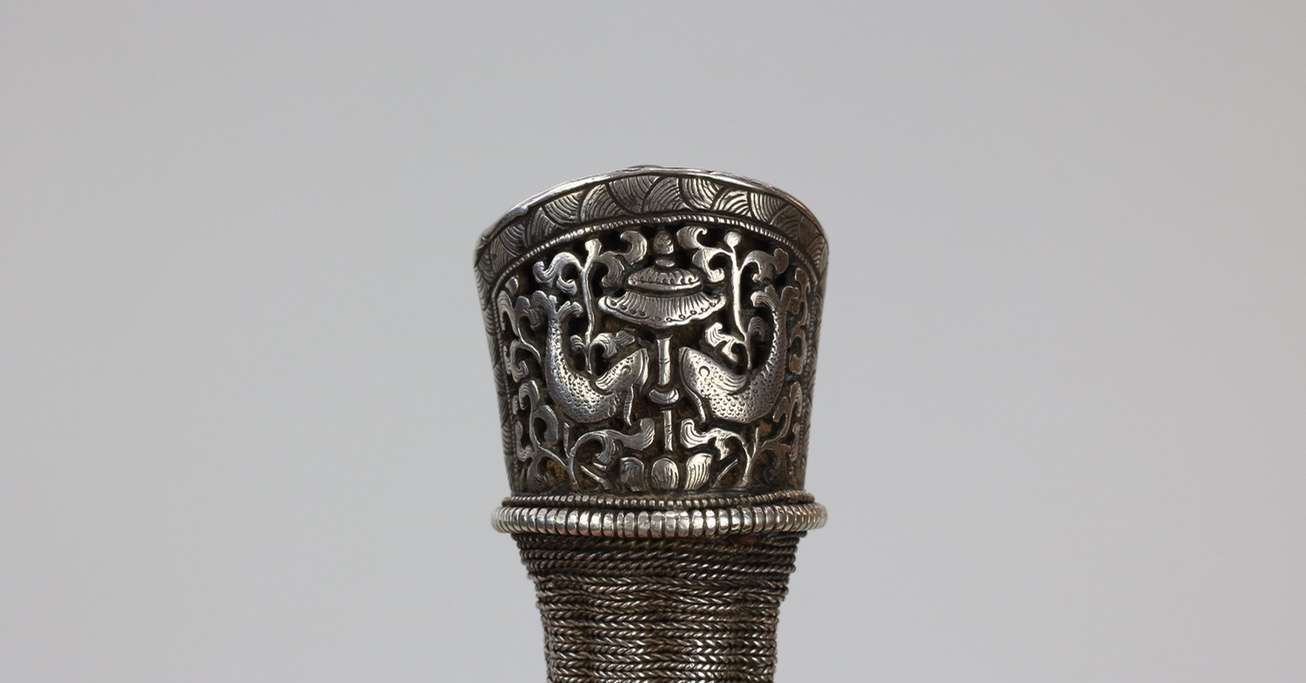 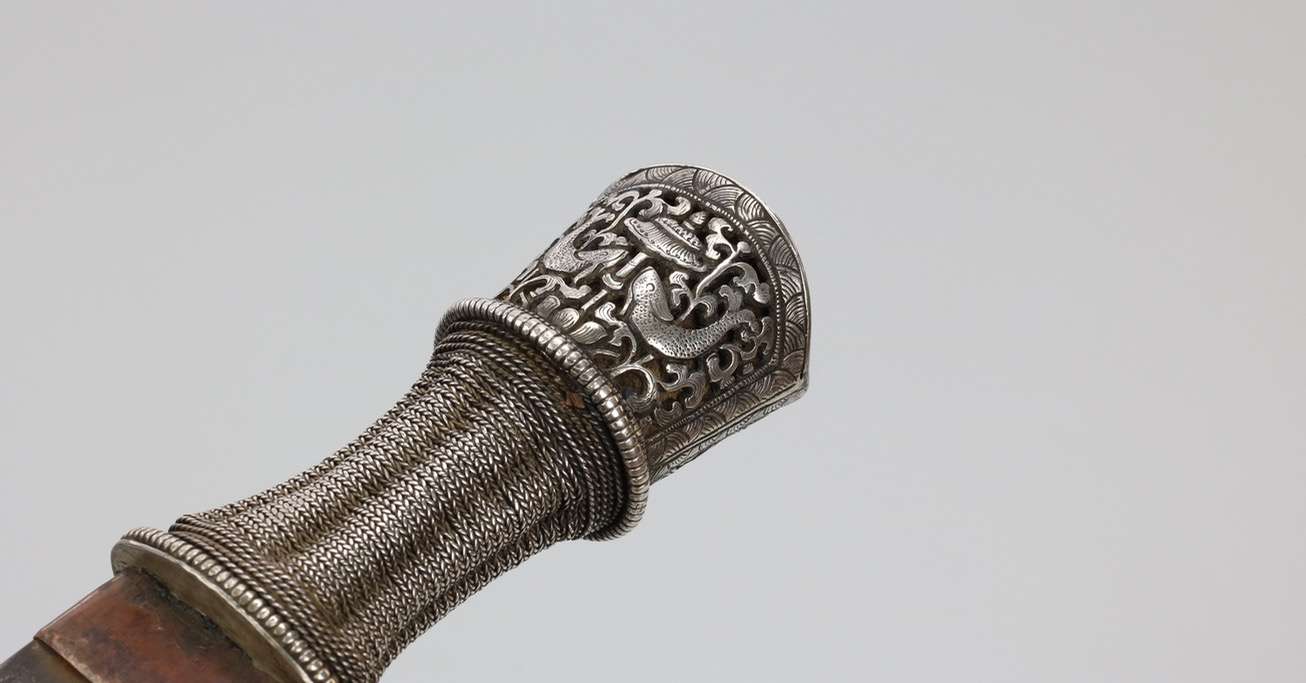 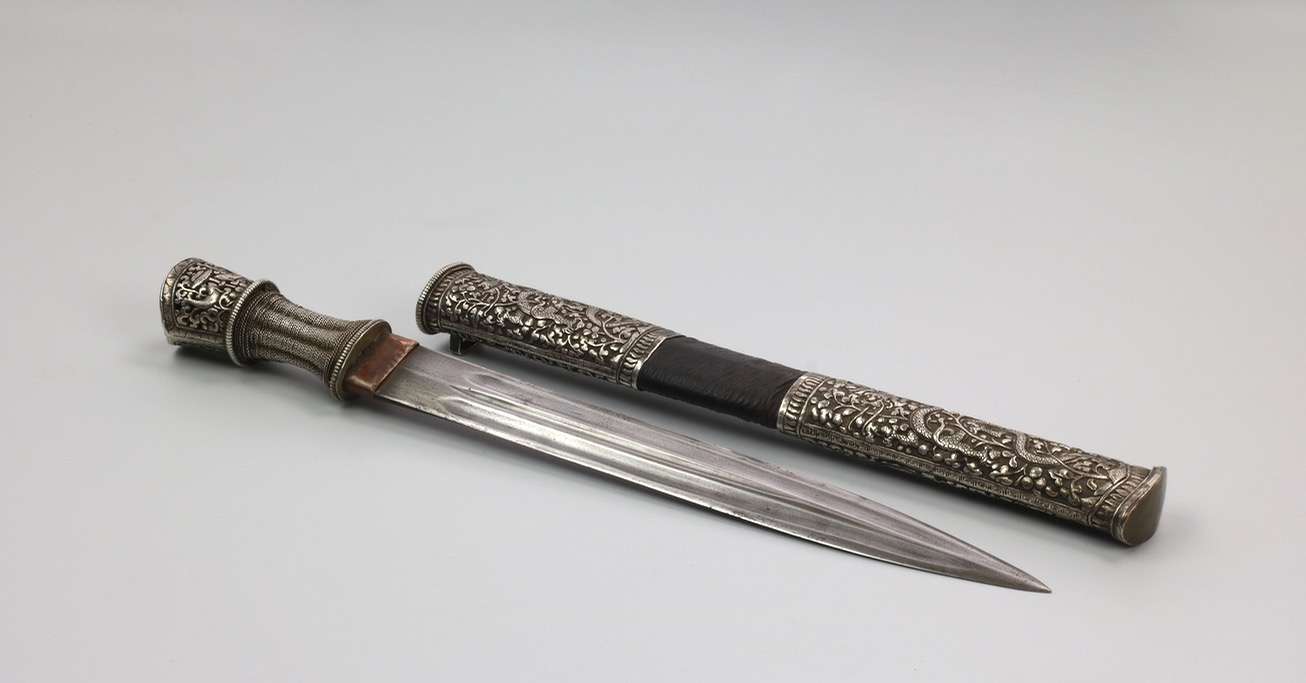 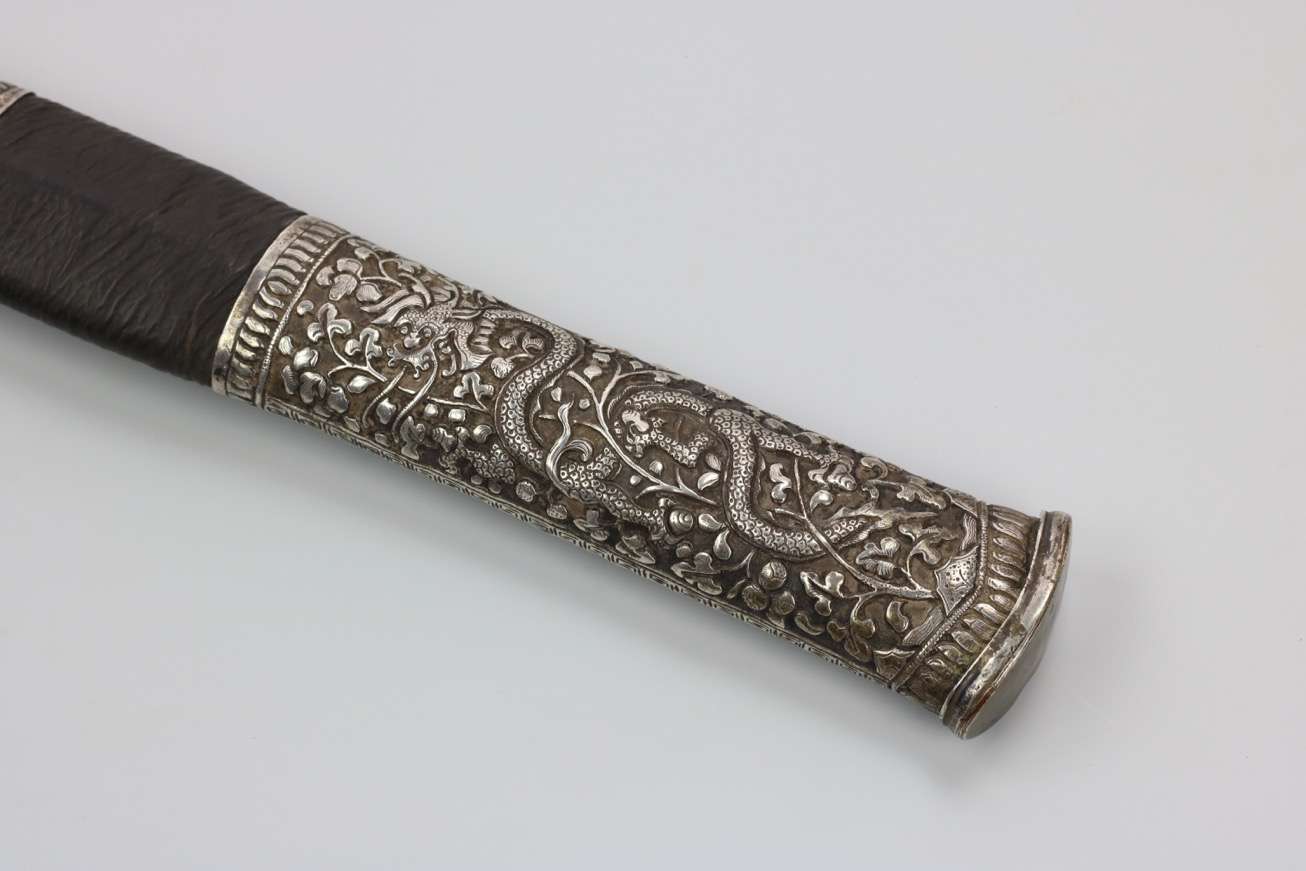 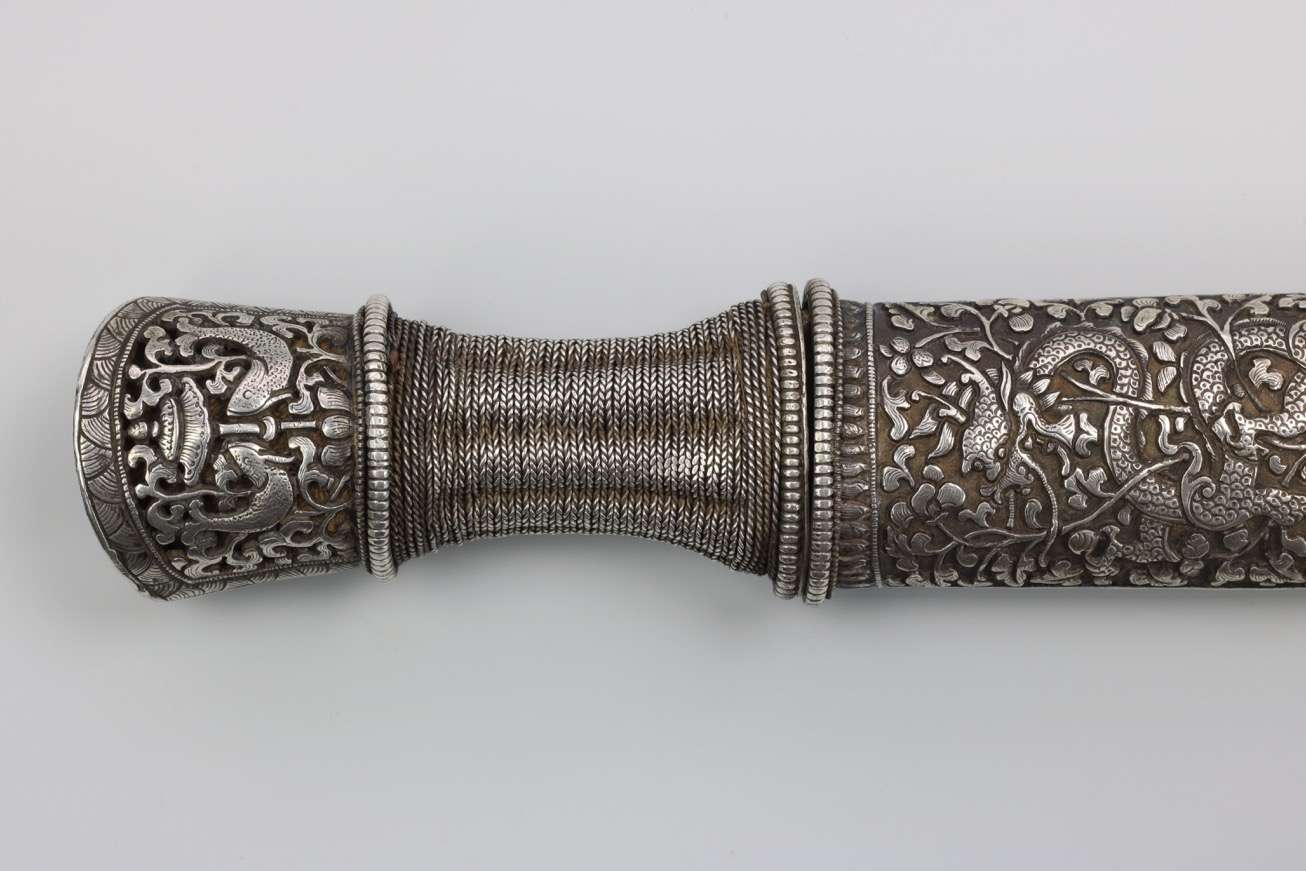 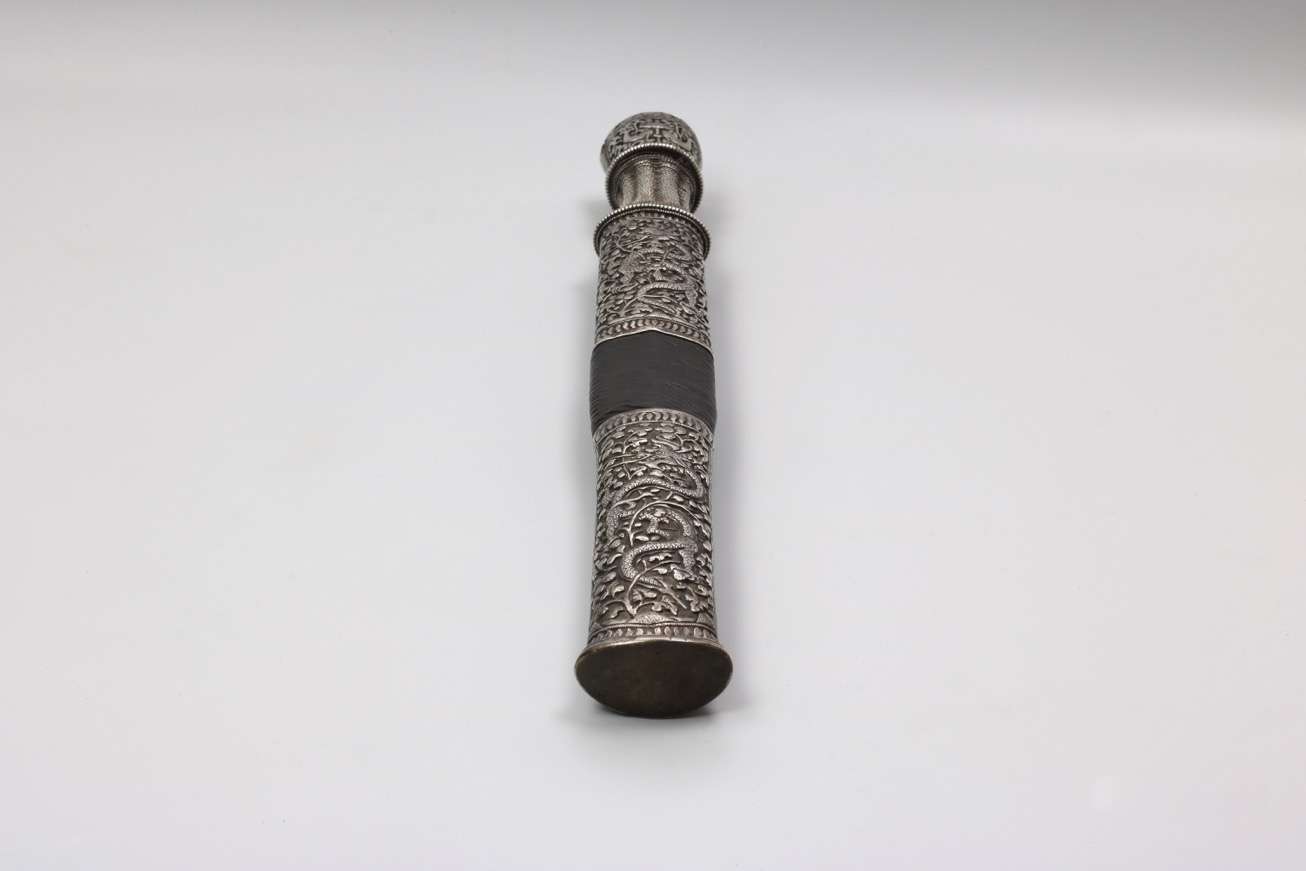 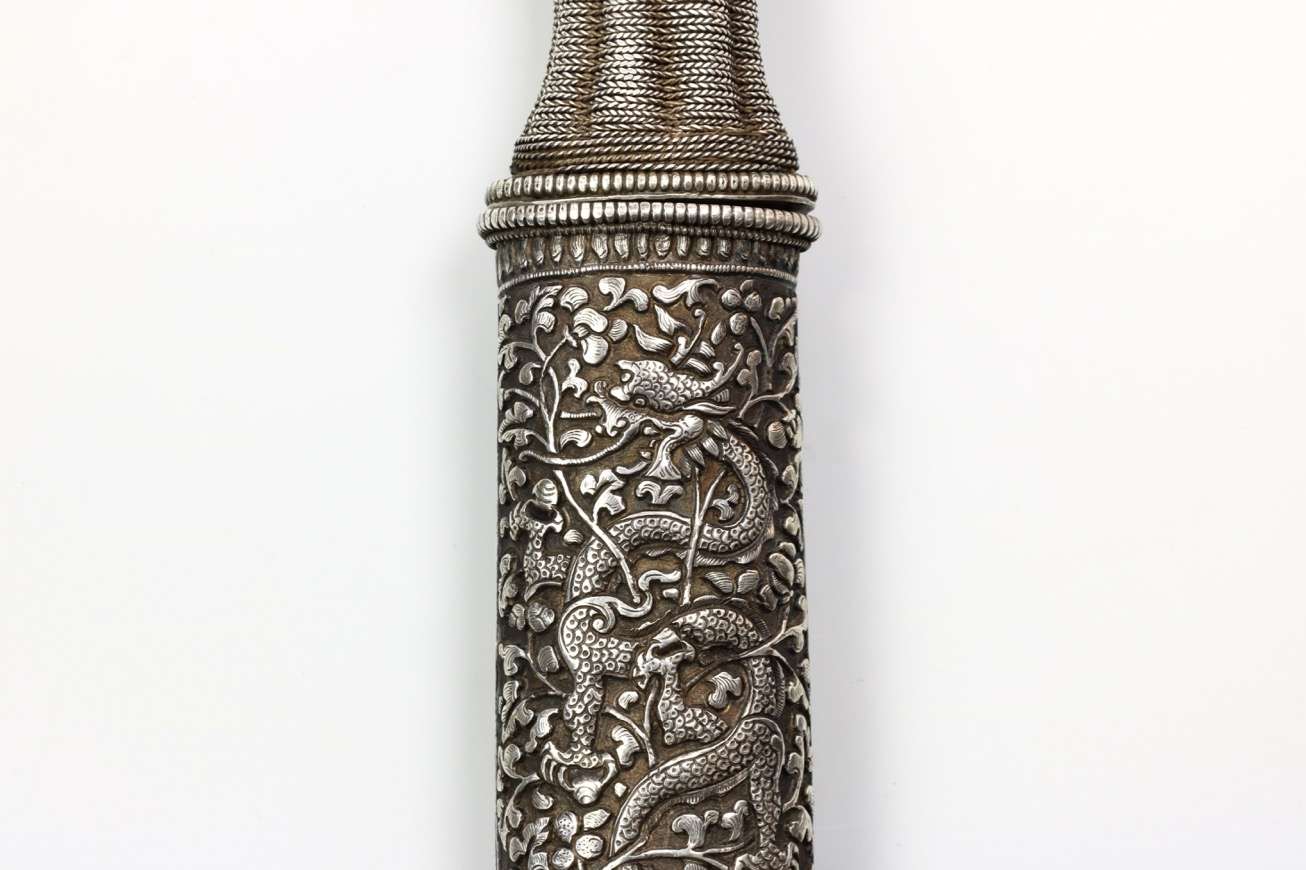 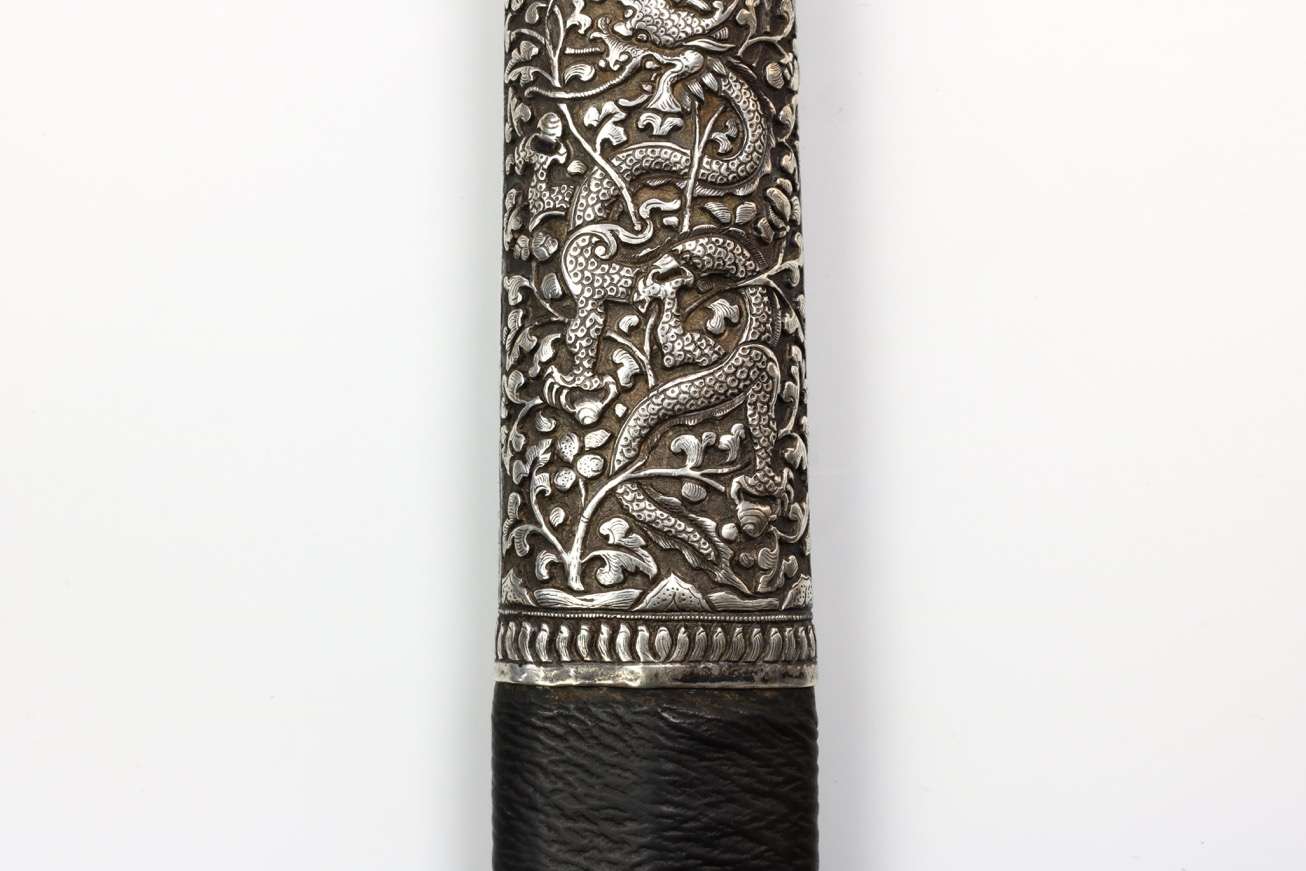 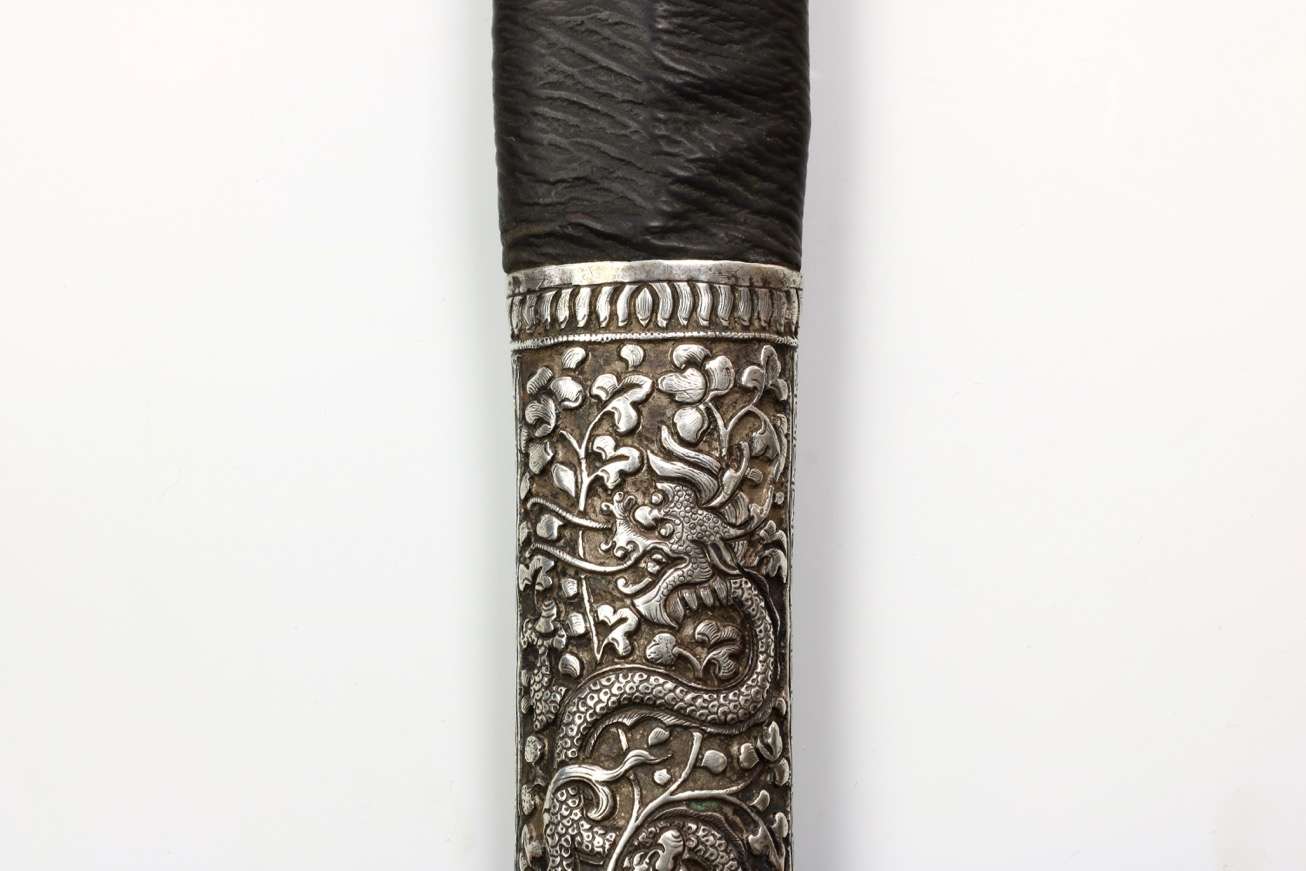 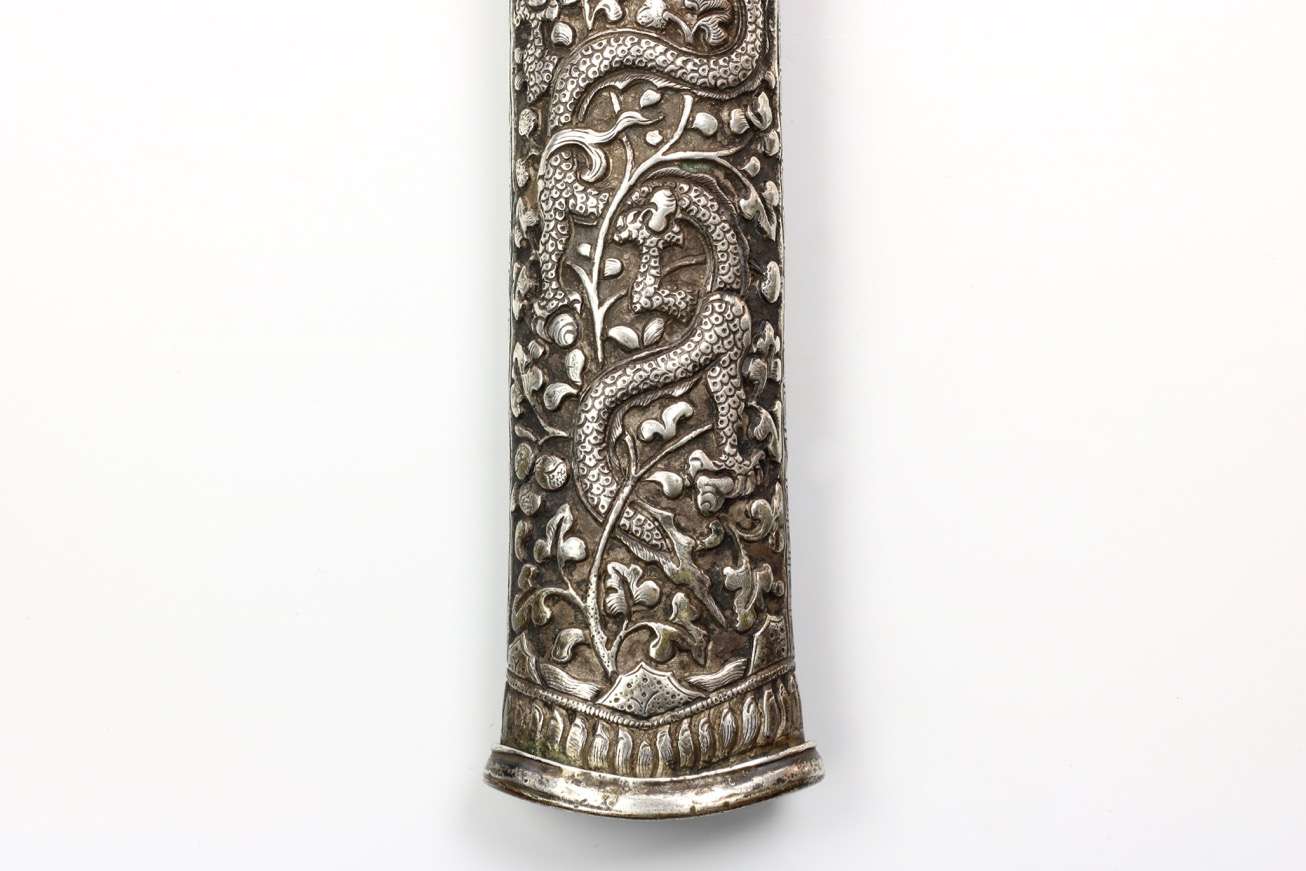 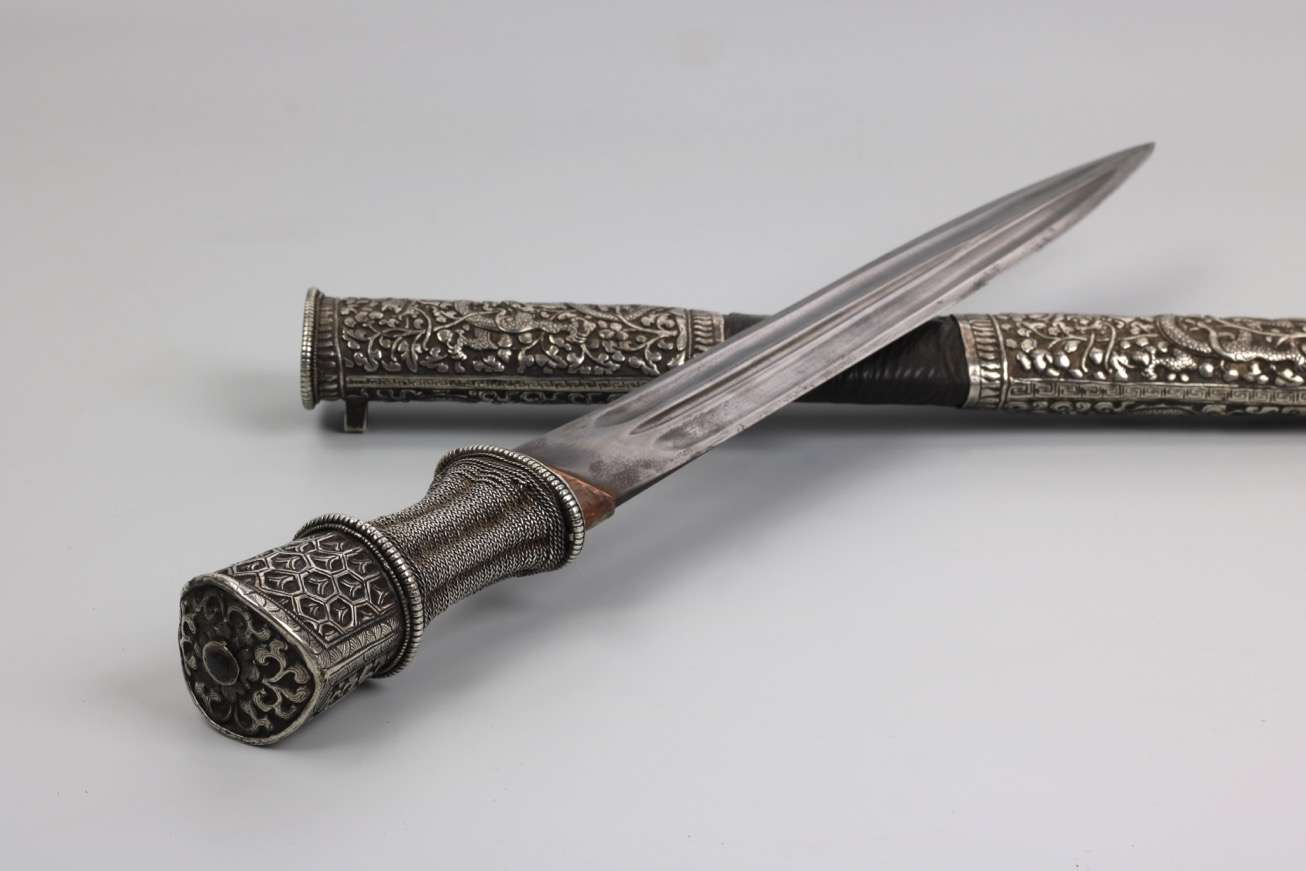 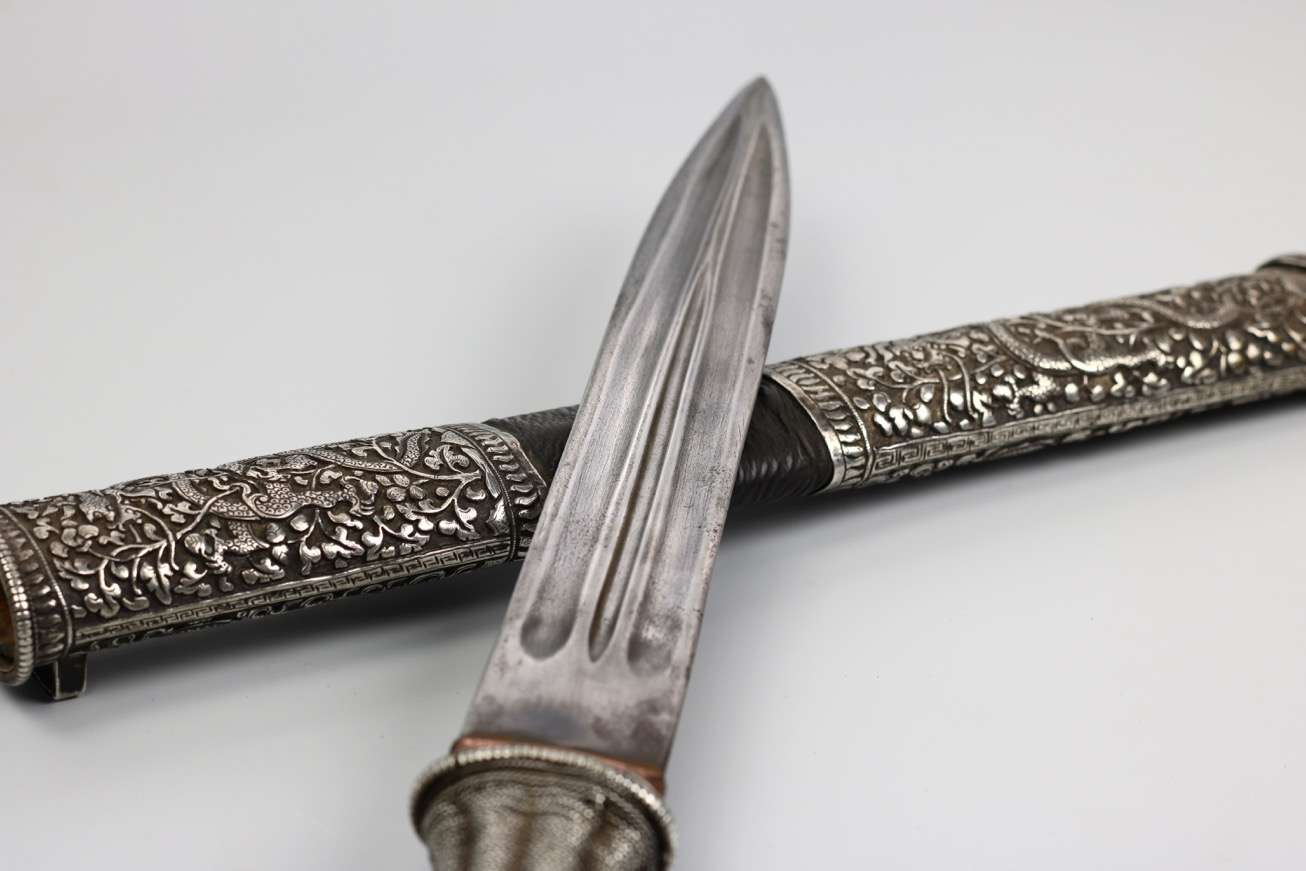 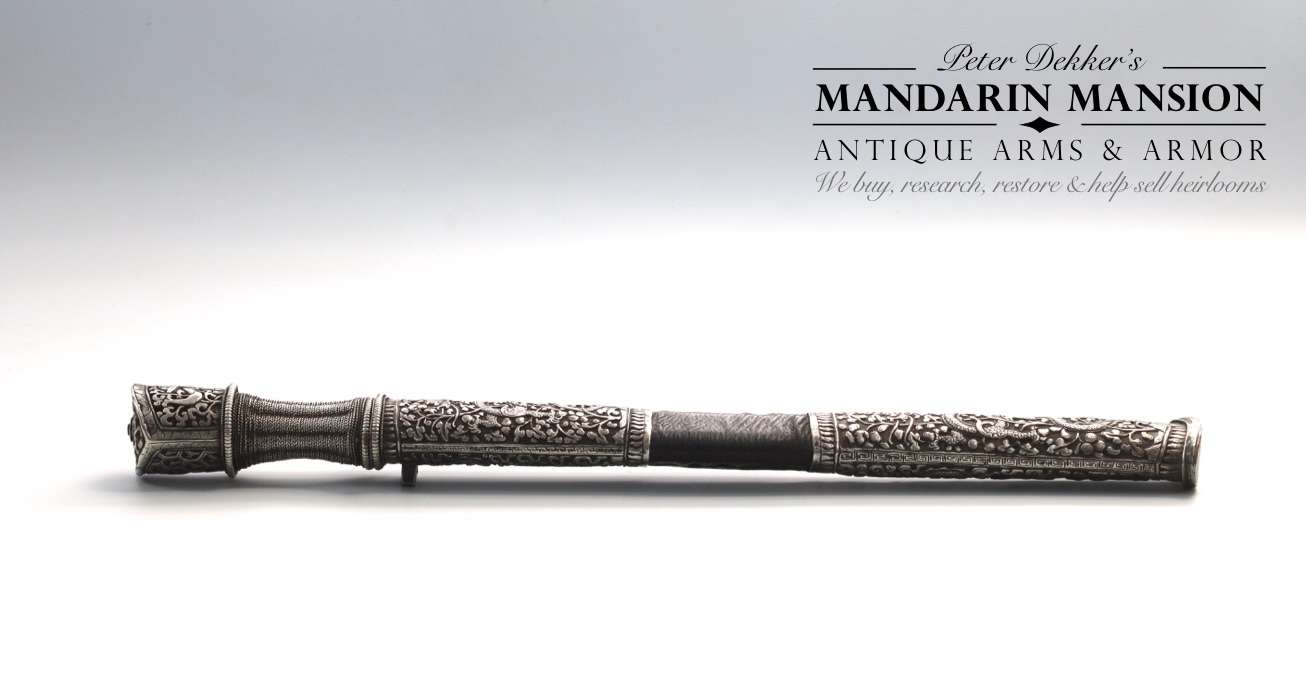