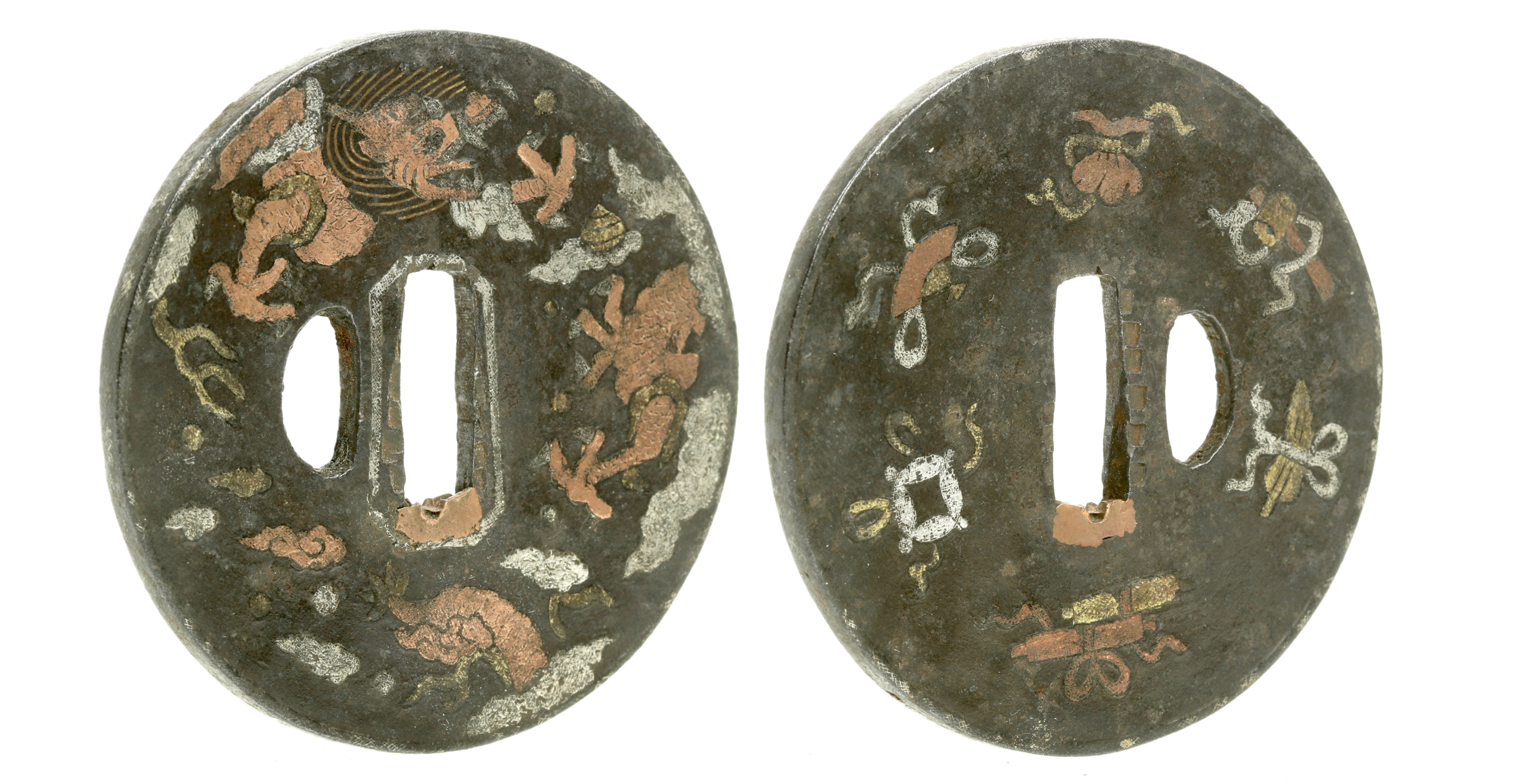 Among Asian export sword guards, there is an interesting group of substantial disc guards with some similar features. What they all seem to have in common is that they are fairly large round discs, with decoration done in overlay in any kind of combination of gold, silver, copper and brass, always done within engraved lines. The tang aperture is often rectangular rather than the typical Japanese form, but all -at least those that survived- were modified to be used on a Japanese sword. Around the tang aperture is often a silver rectangular outline, often with chamfered edges.

They were obviously not initially made for use on Japanese swords, and the decor tends to have a Chinese / Vietnamese flavor to it, but a good number of them seem to have made it to Japan where they were converted for Japanese use.

The decoration is often flamboyant on the facing side, of dragon, phoenixes, etc. and a more restrained decor on the back that often depicts a number of "treasures", icons of items of Buddhist, Daoist or simply Chinese cultural significance.

The design, overlaid in silver, gold, and copper, over a crosshatched background shows dragon amongst clouds in a way that is reminiscent of their rendition on Chinese textiles. The manes of the dragon are not overlaid but inlaid gilt copper wires.

The reverse shows a mix of general Chinese auspicious symbols and items related to Daoist Immortals. This is somewhat peculiar as the Chinese often strictly kept to one set of symbols or the other, so if you find one object related to one of the Daoist immortals you usually find objects related to the other 7 somewhere on the same object. The maker of this guard mixed items from various sets, as if ignorant of what they represented or perhaps just picking decorative motifs from template sheets as he saw fit.

The tang aperture is well-used. The copper filler in the bottom suggests the last mounting was on a Japanese sword, but worn edge down like a tachi.

The design follows conventions of Chinese art of the 16th and 17th century, with pointy clouds and widely spread dragon claws that are typical for Ming work. The Vietnamese, however, held on to earlier Chinese design features a little longer than China did itself, and some of these disc guards seem to err more towards Vietnamese than Chinese aesthetics, placing the proposed dating somewhat later to the 17th and 18th century.

Another pointer towards Vietnamese manufacture is the elongated octagonal outline around the tang aperture. On Japanese and Chinese guards this shape often represents the handle cross-section, and some Vietnamese swords indeed have handles of this cross-section.

One example is listed in the book Nanban Tsuba by Yoshimura Shigeta. Pages 15 (front) and 57 (reverse). An exceptional example in the Tokyo National Museum, a gift by Baron Kawada Ryukichi, goes full-out on both sides, and has more ornamental outline of the tang aperture: Another representative example of the group was shared on the Asian Export Sword Guards and Nanban Tsuba Facebook Page.

Lastly, there is an interesting guard in the Boston Museum of Fine Arts that closely resembles the piece in the Tokyo National Museum: 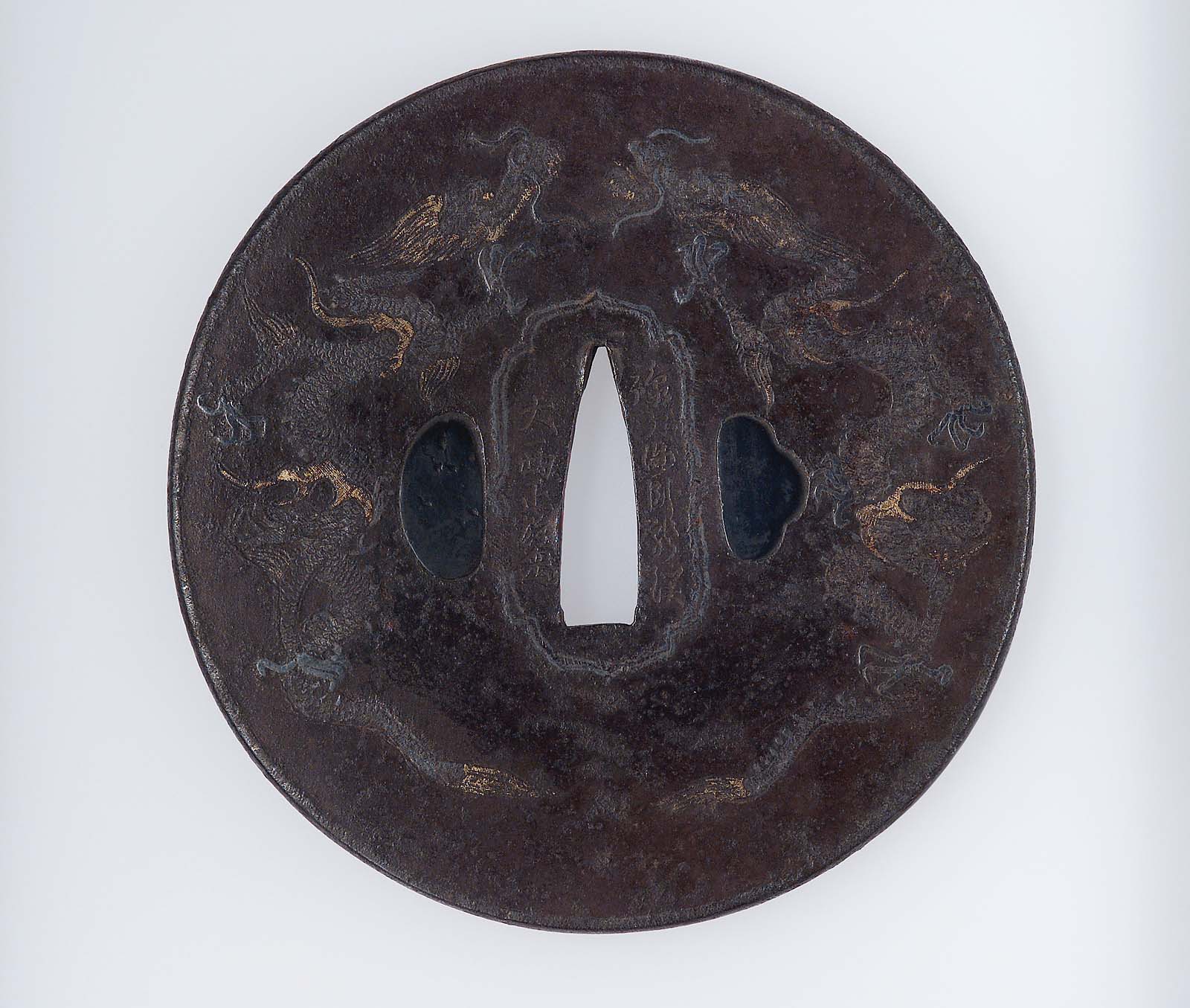 Iyo was located on Shikoku island, just across the water from Kyushu from where most foreign trade was conducted. It seems likely that the artist may have seen imported guards and started to copy the style. The outline around the tang opening is wider, more Japanese-like, than the others. 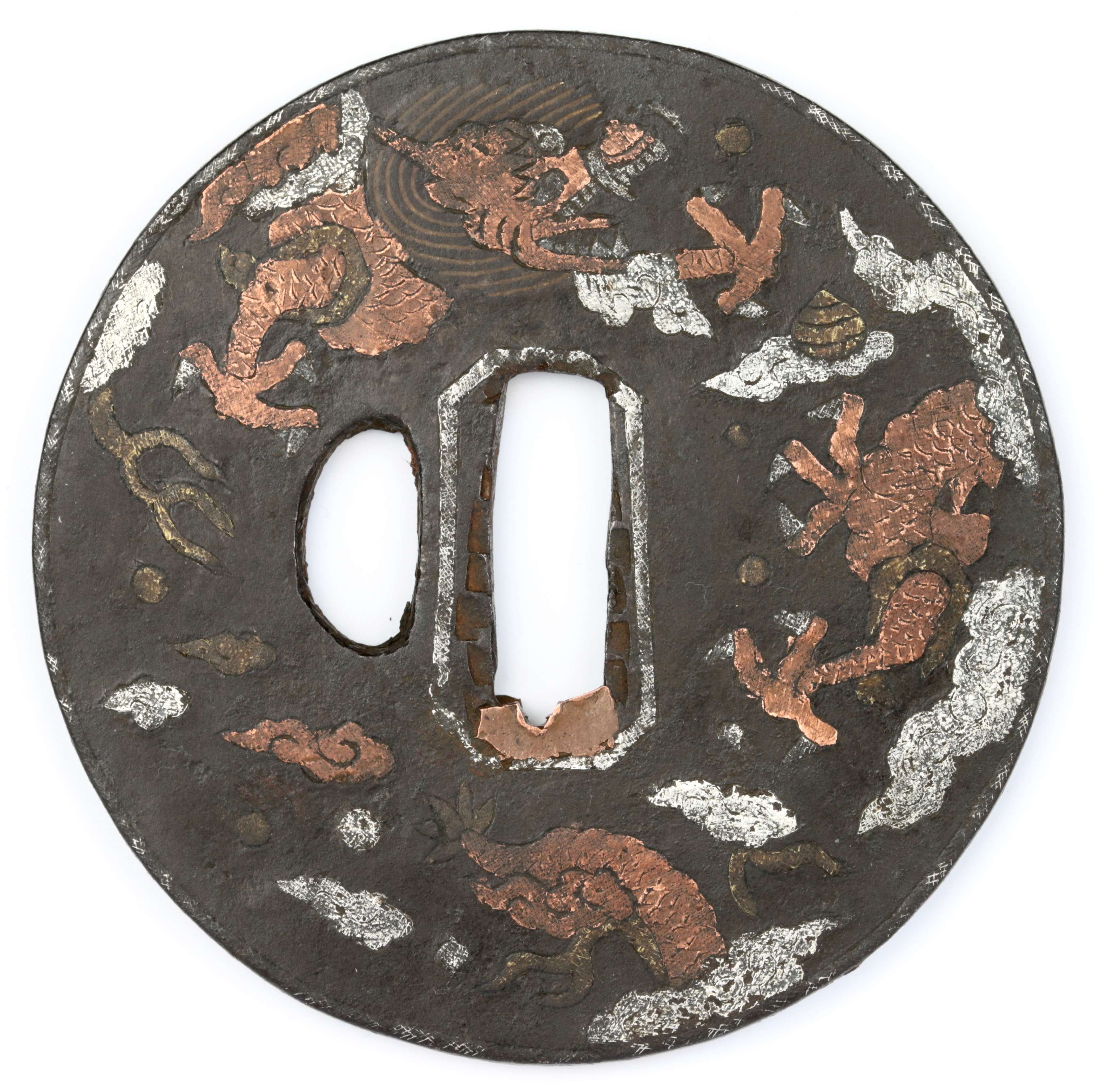 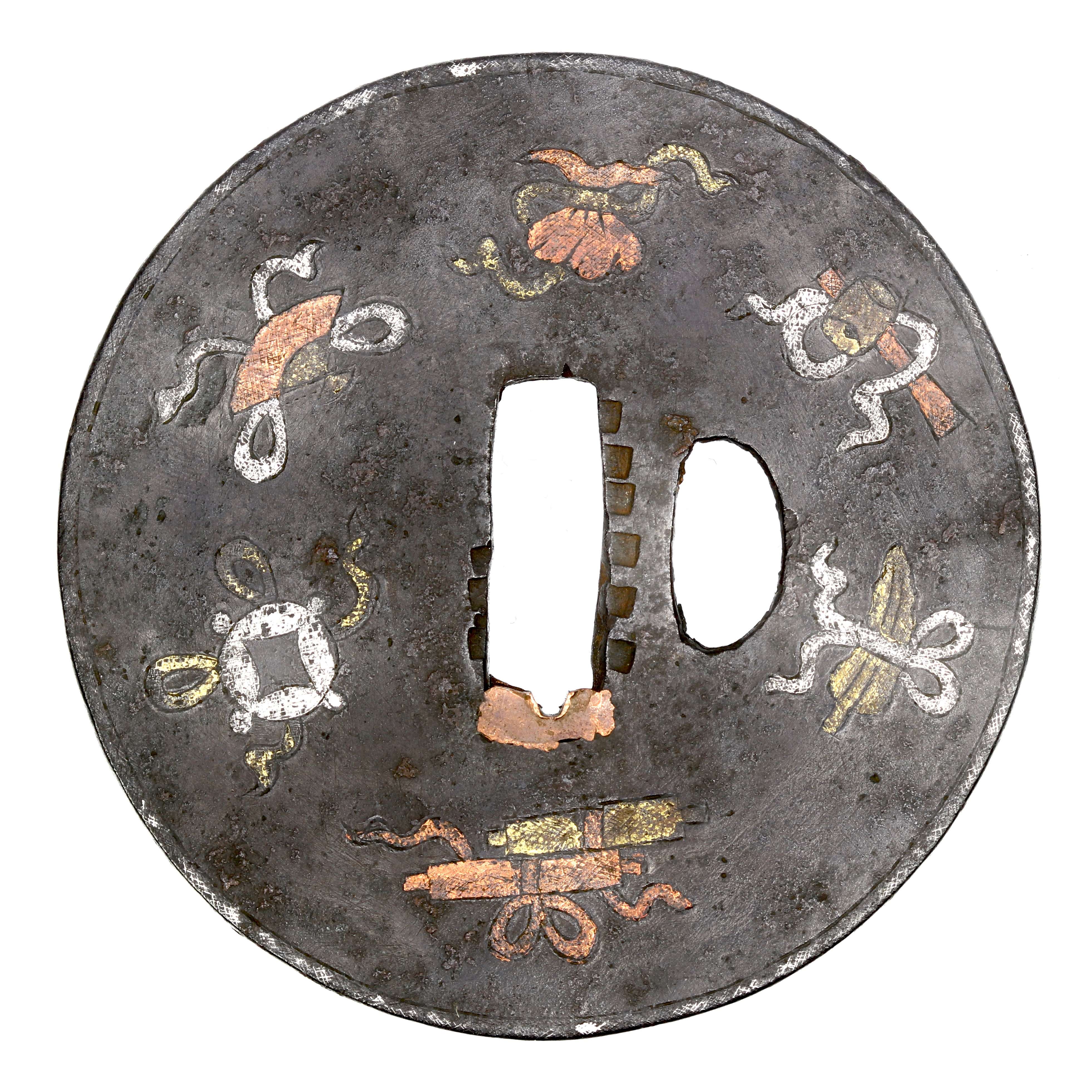