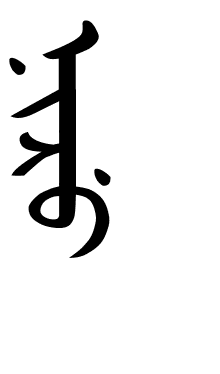 Niru in Manchu means arrow, in particular, a type of broadhead.

Niru was also used in the Manchu military, where it was the name of a company of up to 300 men under one of the Eight Banners. The name may have derived off the fact that commanders were bestowed special "command arrows". These were oversized arrows that were an emblem of rank and authority. A company commander, equivalent to "captain" of such a company was also called niru.

Most niru were hunting arrows. Their wide heads did more damage to an unprotected target but had limited penetrative power through protection. Some special narrower niru were in use in the military as well, those were primarily used for close distance fighting.

In Chinese, such arrows were called pī jiàn (披箭) or the more archaic pī jiàn (鈚箭) used in the Qianlong period Huangchao Liqi Tushi (皇朝禮器圖式), or "Illustrated Regulations on the Ceremonial Paraphernalia of the Dynasty".

Tongwen Guanghui Quanshu (同文廣彚全書) or "Enlarged and complete dictionary"
A Qing imperial dictionary in Chinese and Manchu of 1704. Each entry double checked and approved by the Kangxi emperor.

Huangchao Liqi Tushi (皇朝禮器圖式), or "Illustrated Regulations on the Ceremonial Paraphernalia of the Dynasty", Palace Edition of 1766 (British Library, 15300.e.1). By Pu Jiang et al., eds. This version is based on a manuscript of 1759.