Mindan is a village in Yamethin district, just south of Mandalay. It was known for its industry of making ornate scissors, tweezers, betel cutters and most notably fine dha with fine silver overlay.

The village was subject of Bell's monograph on Iron and Steel production in Burma: 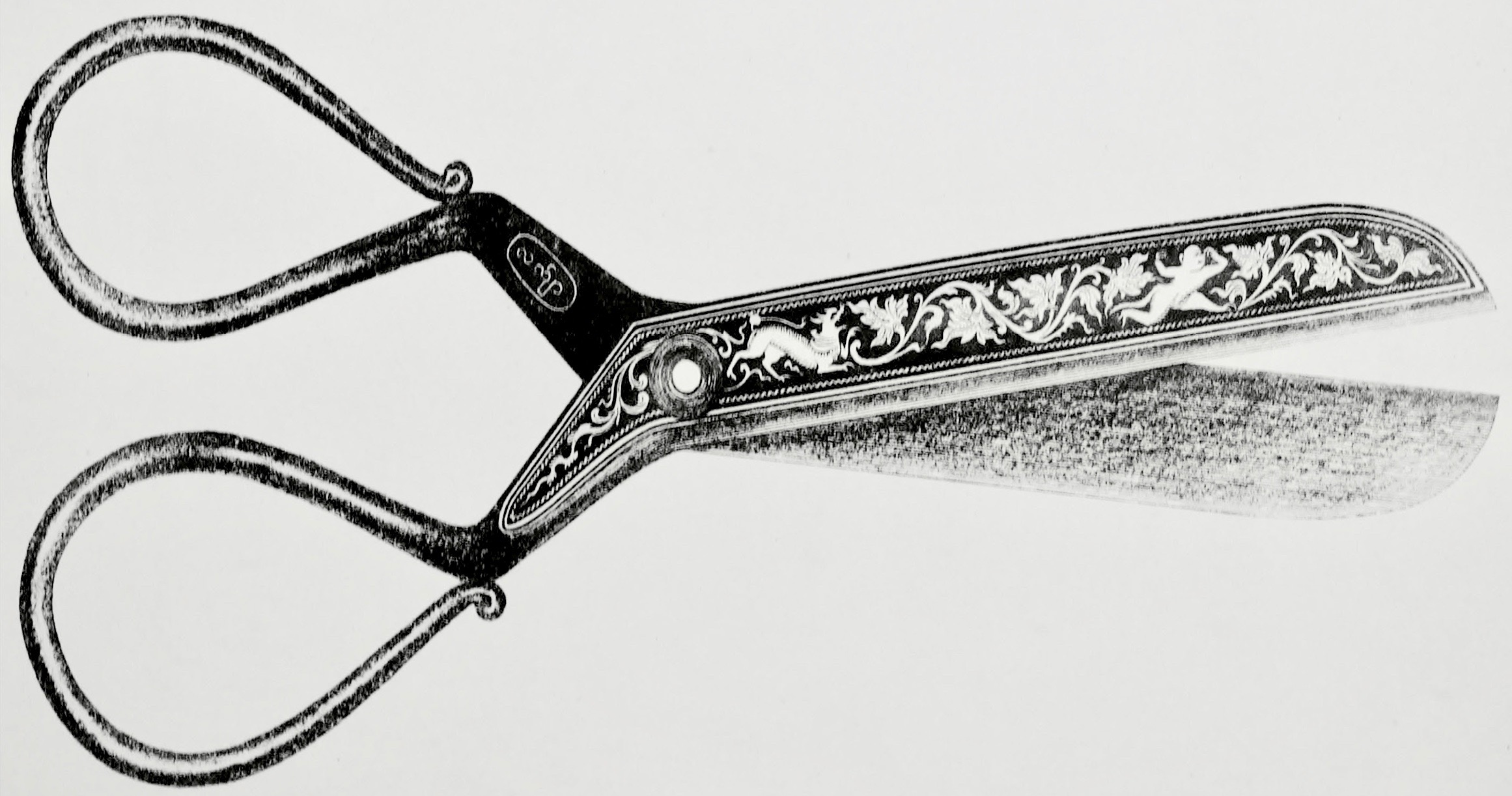 A pair of scissors by Saya Pyo of Mindan Village.

"The inlaid dha and dagger blades of Mindan near Yamèthin are well-known. The dhas are inlaid in gold, silver and brass."2

"Of the 26,221 workers and dependents shown in the census returns under the head of workers in iron and hardware, few can have been capable of executing anything more than the coarsest blacksmith's work. An exception must, however, be made in favour of the forgers of the inlaid knife-blades produced in Yamethin District, some of whose work is really meritorious." 3

Origin of the work

The type of overlay resembles the koftgari done in India, with the difference than on Indian work usually only the place where the design is placed will be crosshatched. On these dha, a larger surface is crosshatched and the design "drawn" with a piece of metal wire that is carefully hammered in. This method was also common on Ottoman pieces, where gold wire was used to, among others, create fine islamic calligraphy on cartouches on blades.

This seems a long shot, but especially Burma's coast has a very long history of Islamic settlers. By the early 18th century, many port authorities were of Armenian descent.4