The name Bhagvan Khoosal appears on the inside rim of an Indian hide shield, called dhal. 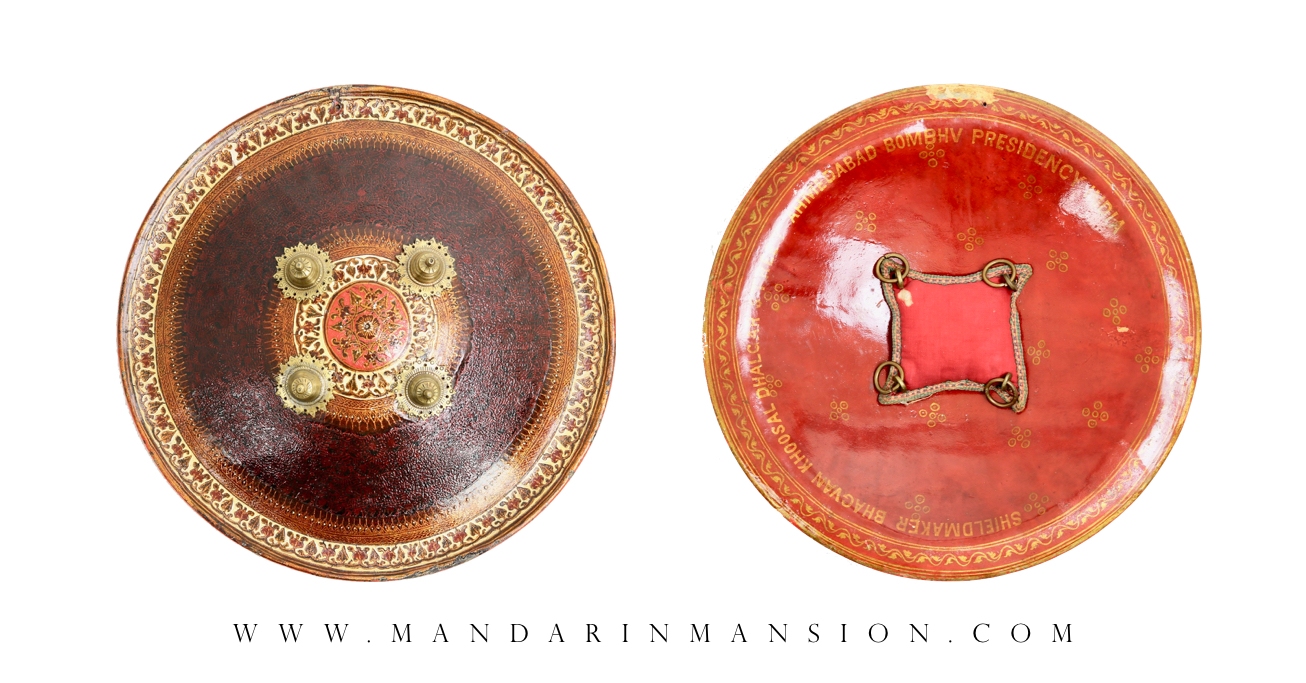 Other shields turned up with the name Khoosal on it. One was published in Runjeet Singh's Spring 2017 catalog. It was signed on the outer rim, in red:

Another, now in the Metropolitan Museum in New York, accession number 2015.695, was signed:

Ahmedabad is a city in Gujarat, northwest India, that was once famous for its shield making. Dhalcar Street still exists, and the word dhal in the name probably refers to its history as a shield making area.

The Bombay Precidency was an administrative subdivision of British India between 1843 to 1936, which provides us a time-frame within which the shield must have been made. 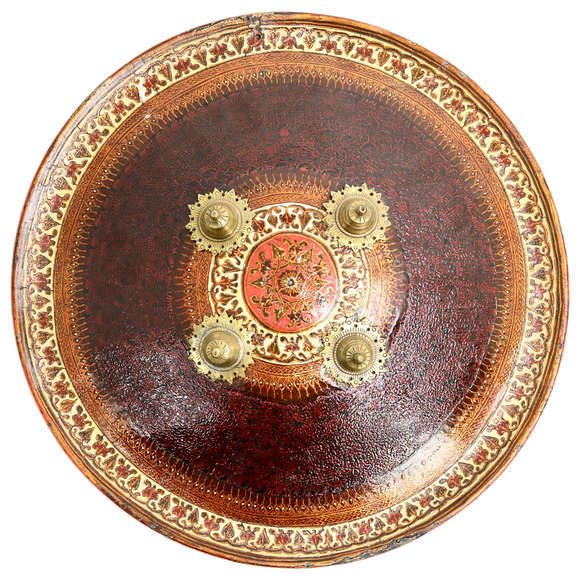 An interesting Indian dhal, a small shield that was signed by its maker from Gujarat.