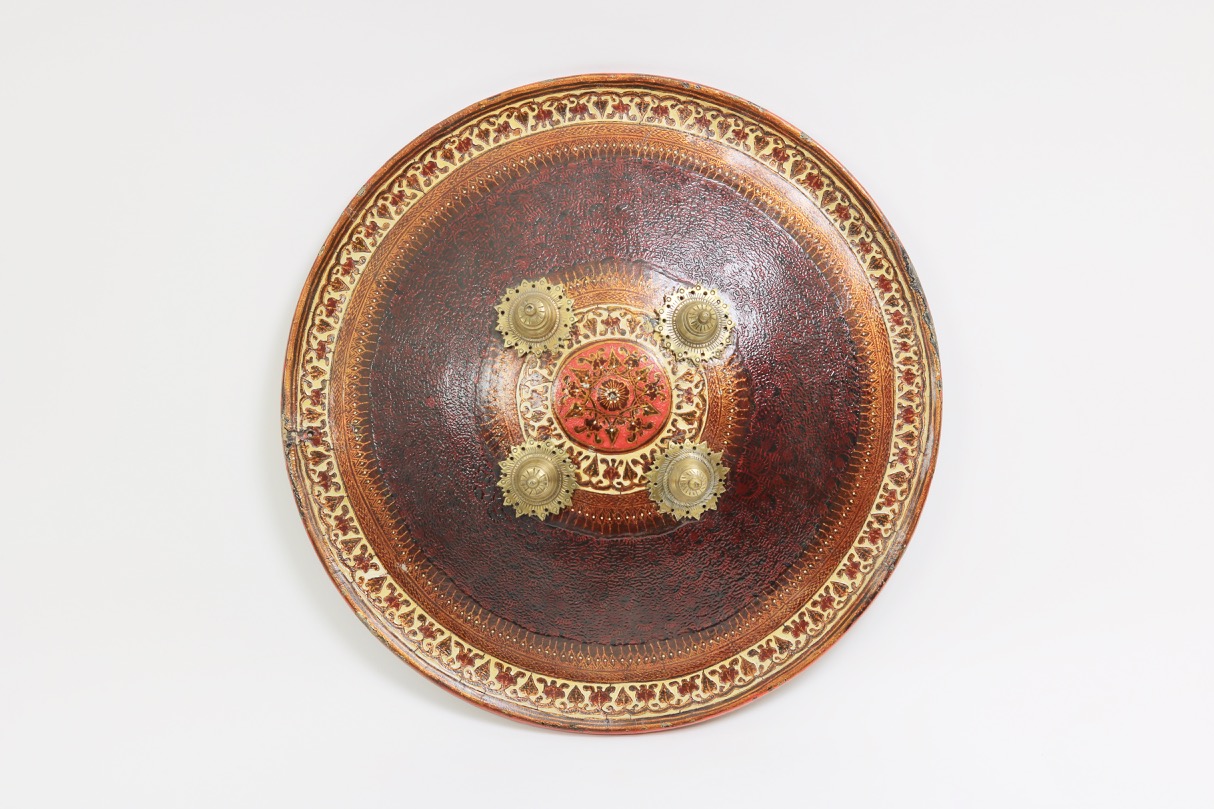 An interesting Indian dhal, a small shield that was used as a buckler, mainly in conjunction with the talwar.

Description
Made of rawhide and lacquered with geometric designs, its cross section is somewhat recurved with a central dome and a slightly upturned rim.

Four brass bosses hold the nuts for the rings on the inside, these would be used to attach handle straps. The inside is lacquered bright red with some decoration in gold. In the center is a pillow for the hand, filled with wool.

The inside rim bears the text:

The maker
Other shields turned up with the name Khoosal on it, the first in Runjeet Singh's Spring 2017 catalog. He published another on instagram. Both are signed:

Location
Ahmedabad is a city in Gujarat, northwest India, that was once famous for its shield making. Dhalcar Street still exists, and the word dhal in the name probably refers to its history as a shield making area.

Period
The Bombay Precidency was an administrative subdivision of British India between 1843 to 1936, which provides us a time-frame within which the shield must have been made.

Condition
In pretty good condition throughout, with some losses to the lacquer, mostly on the inside. At some point, a hole was drilled in the rim, presumably to hang it on a wall.

Conclusion
An interesting Indian hide shield with markings that help attribute it to a rather exact location. 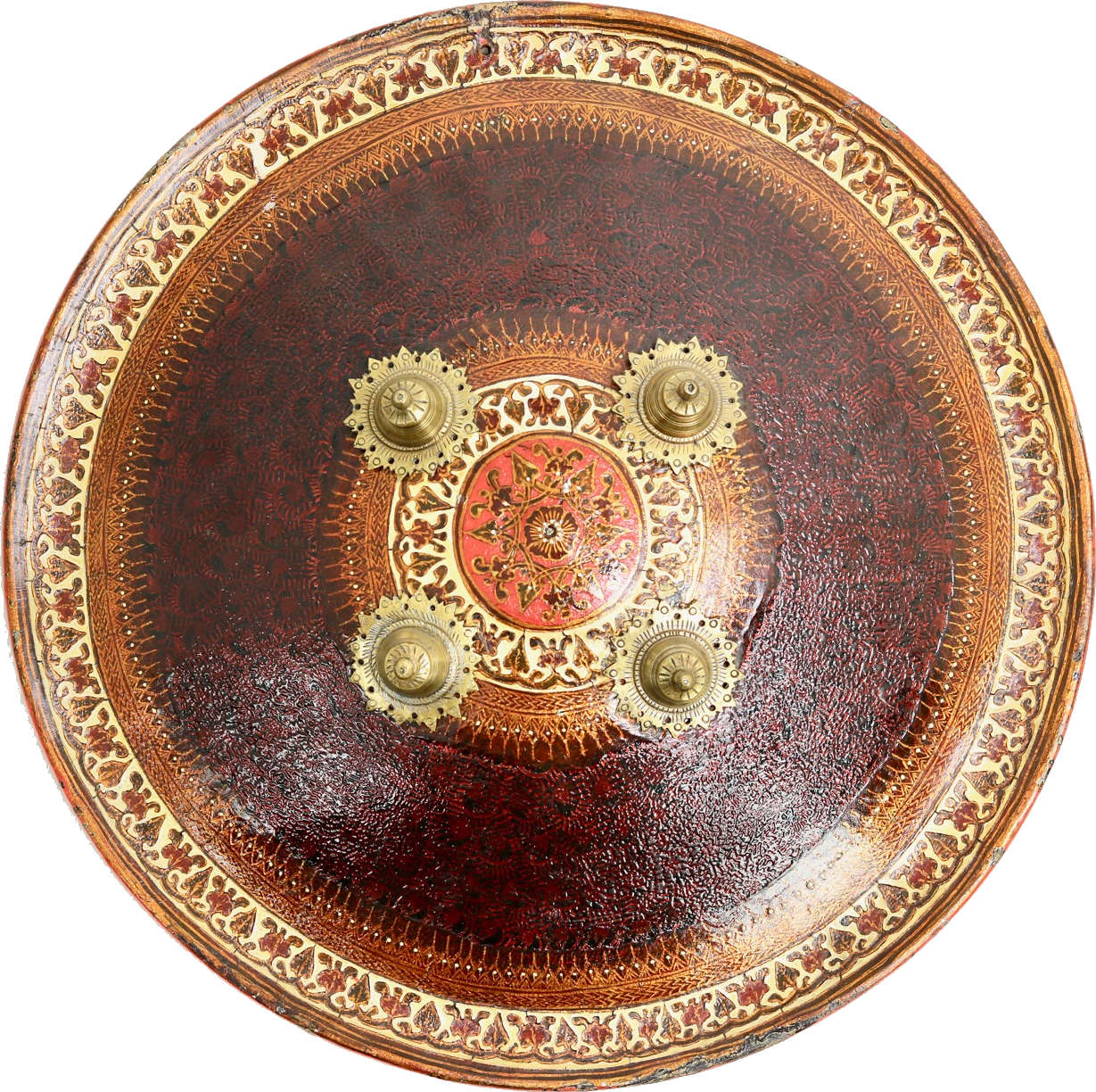 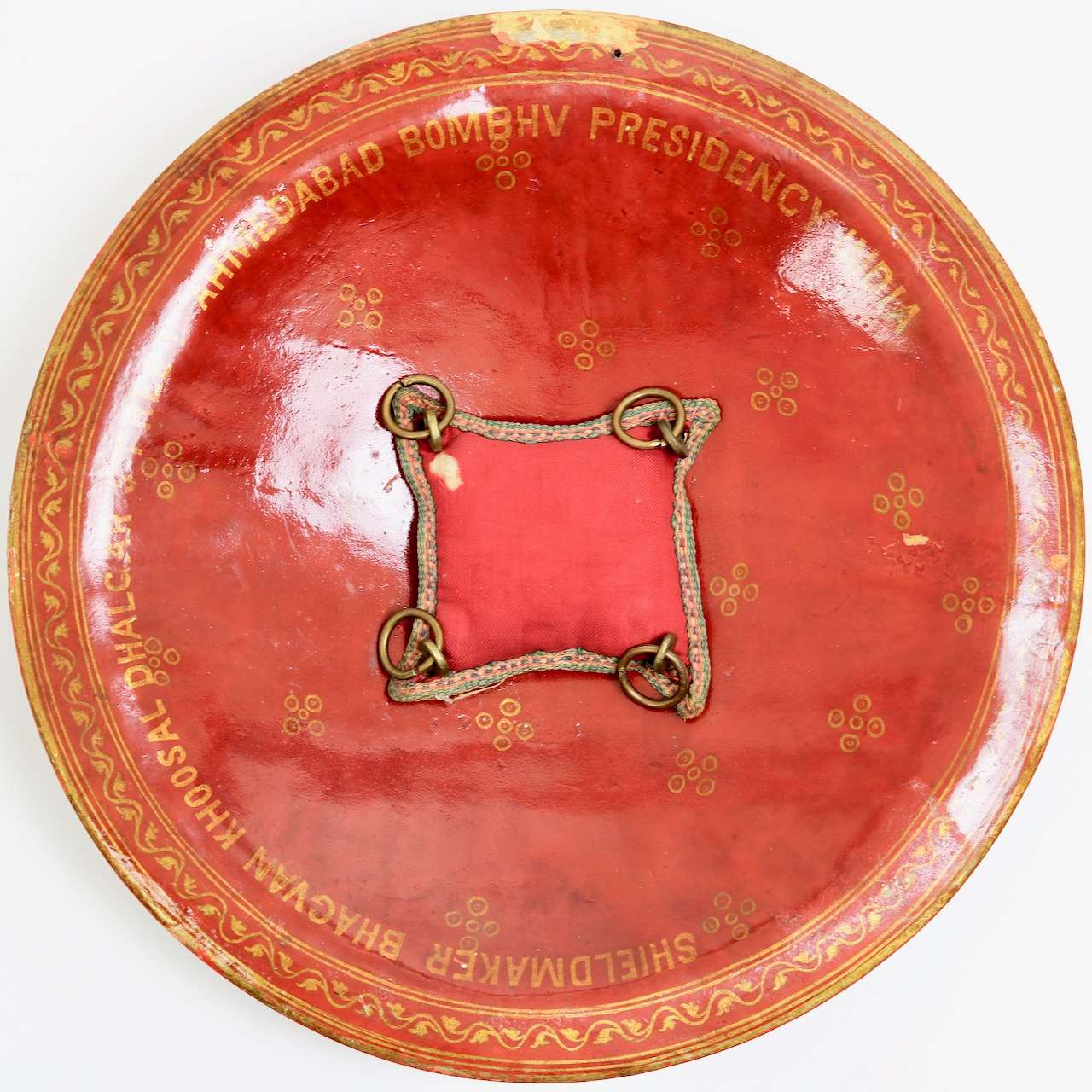 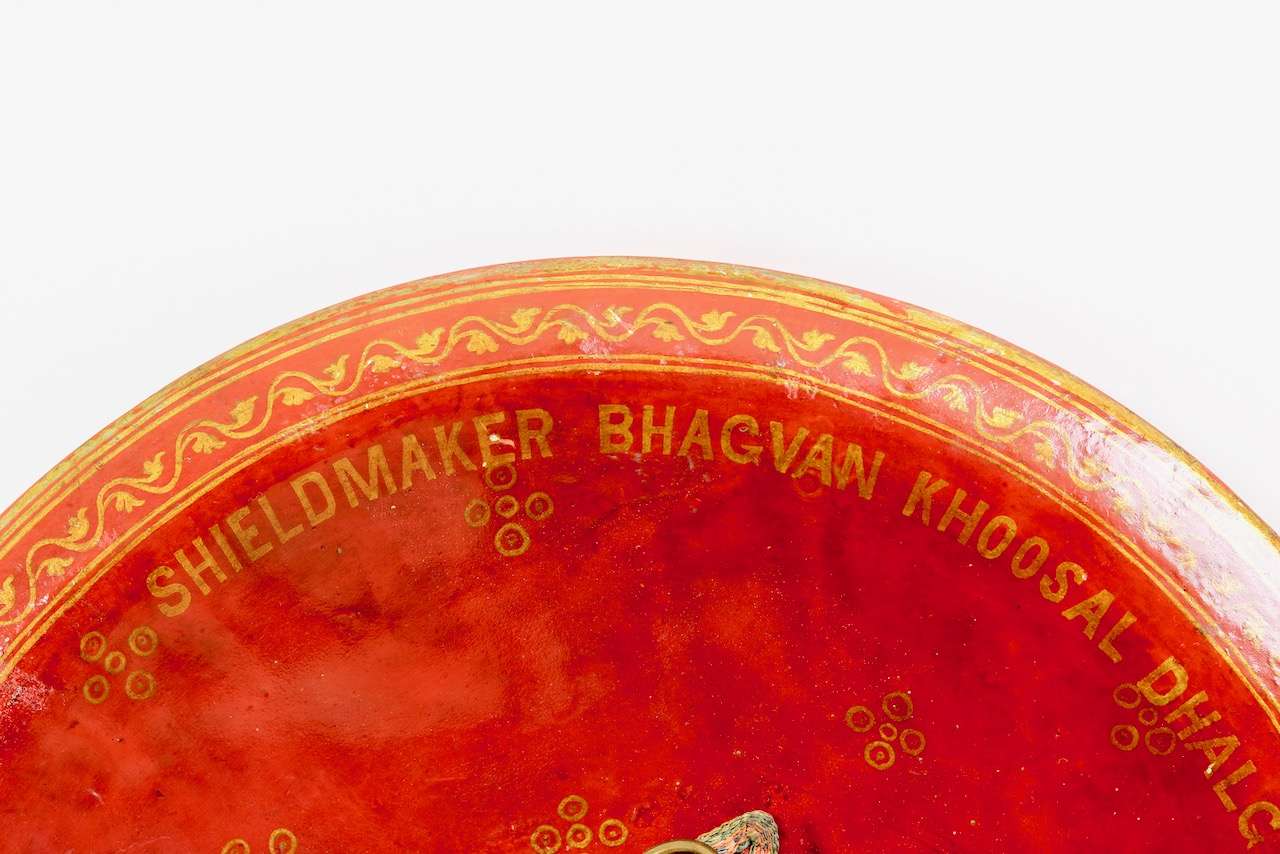 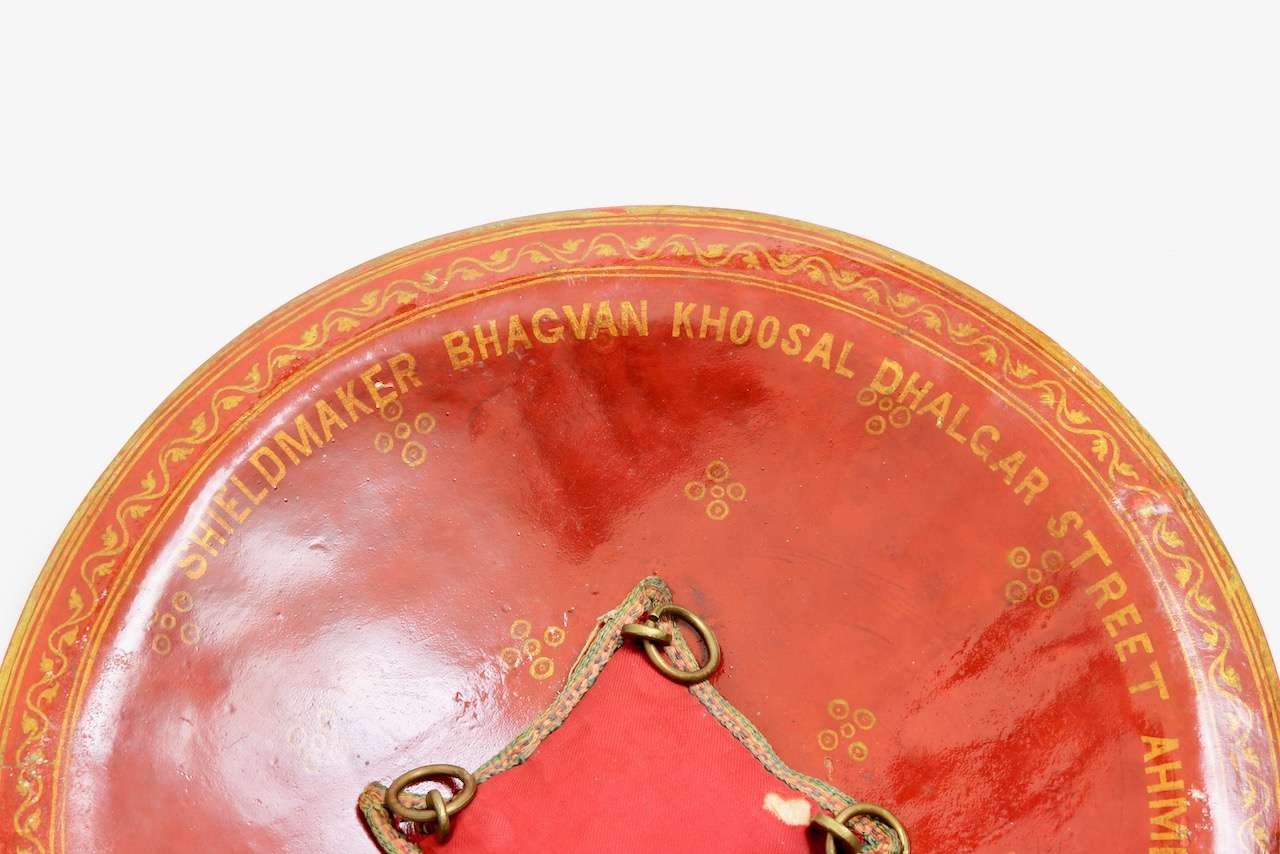 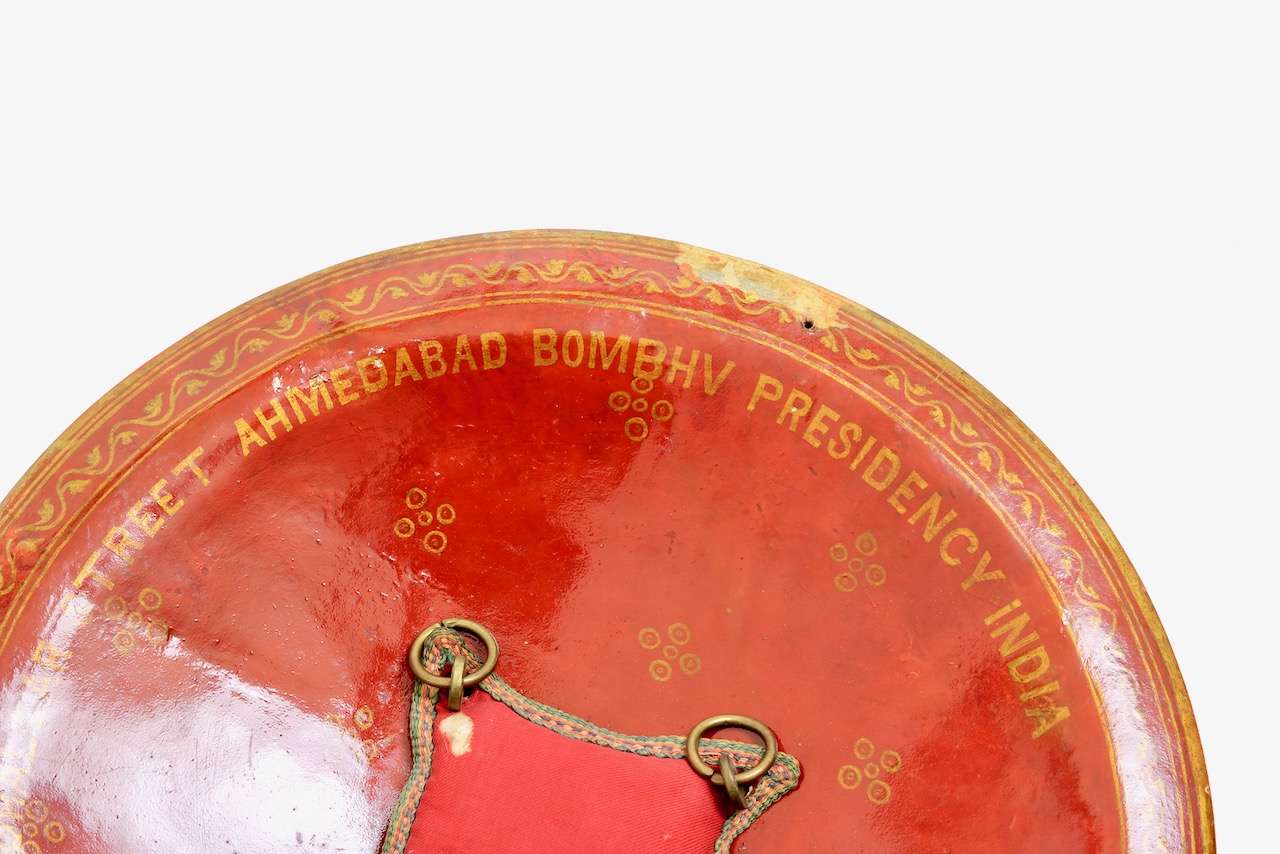 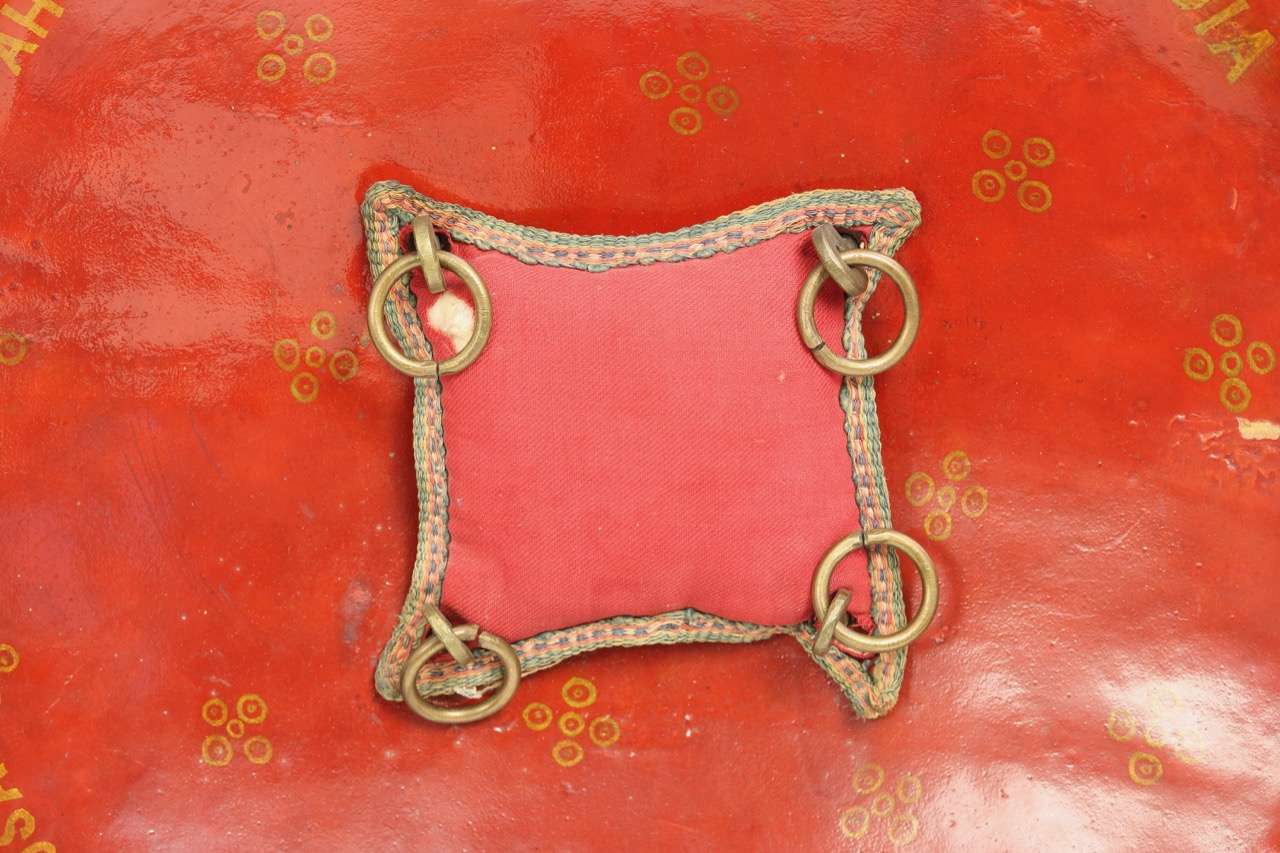 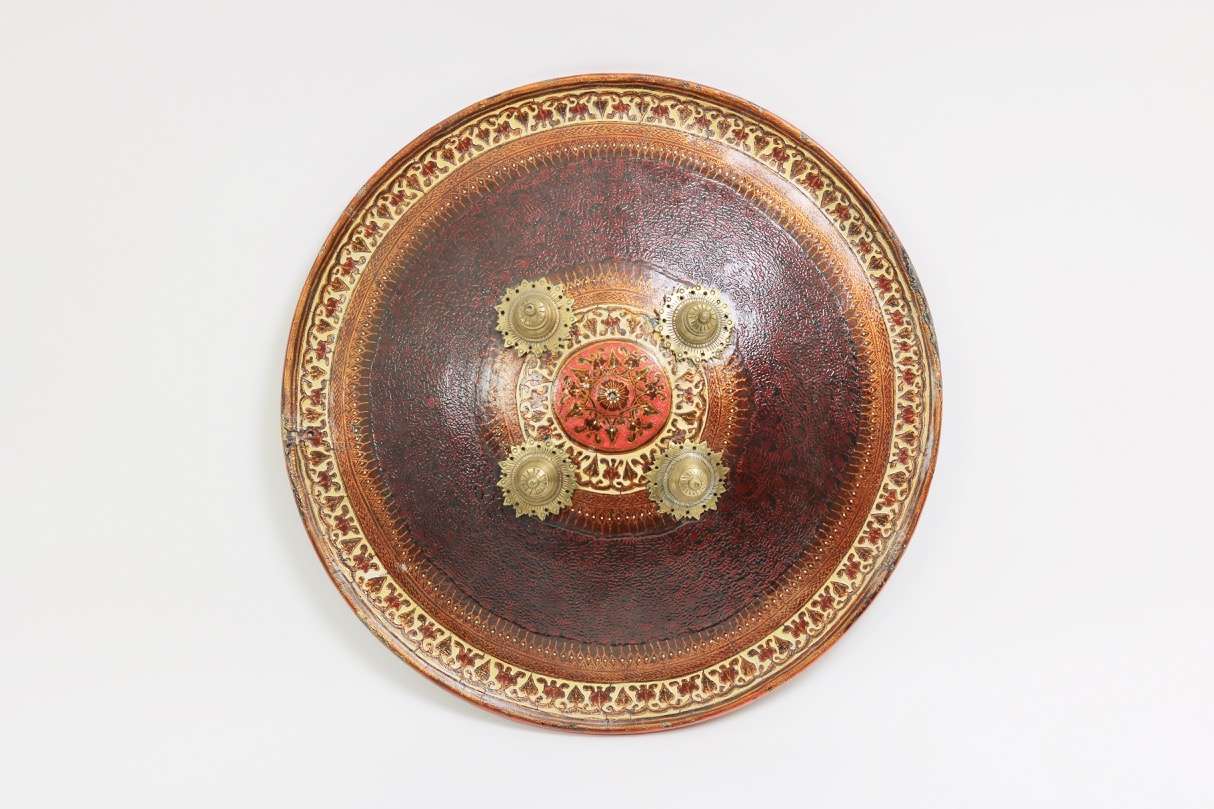 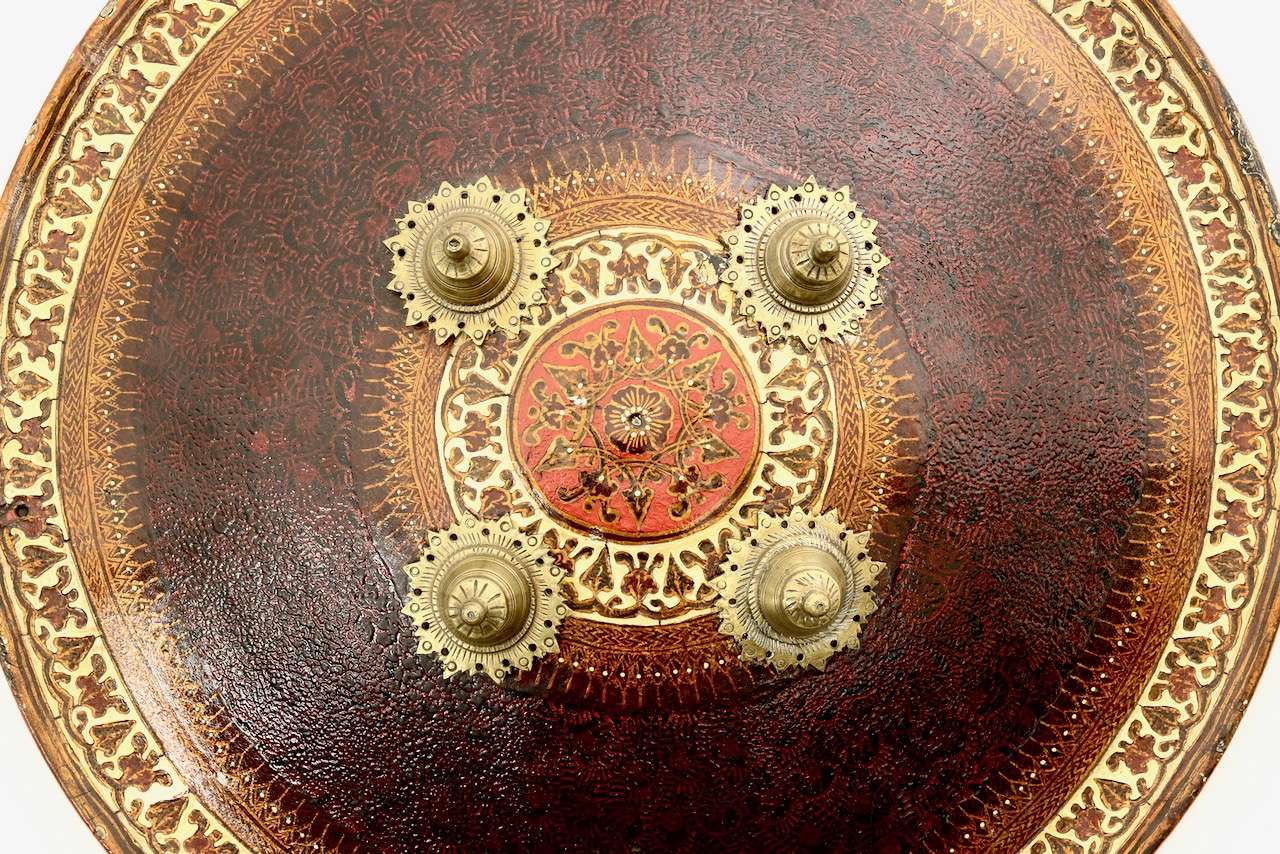 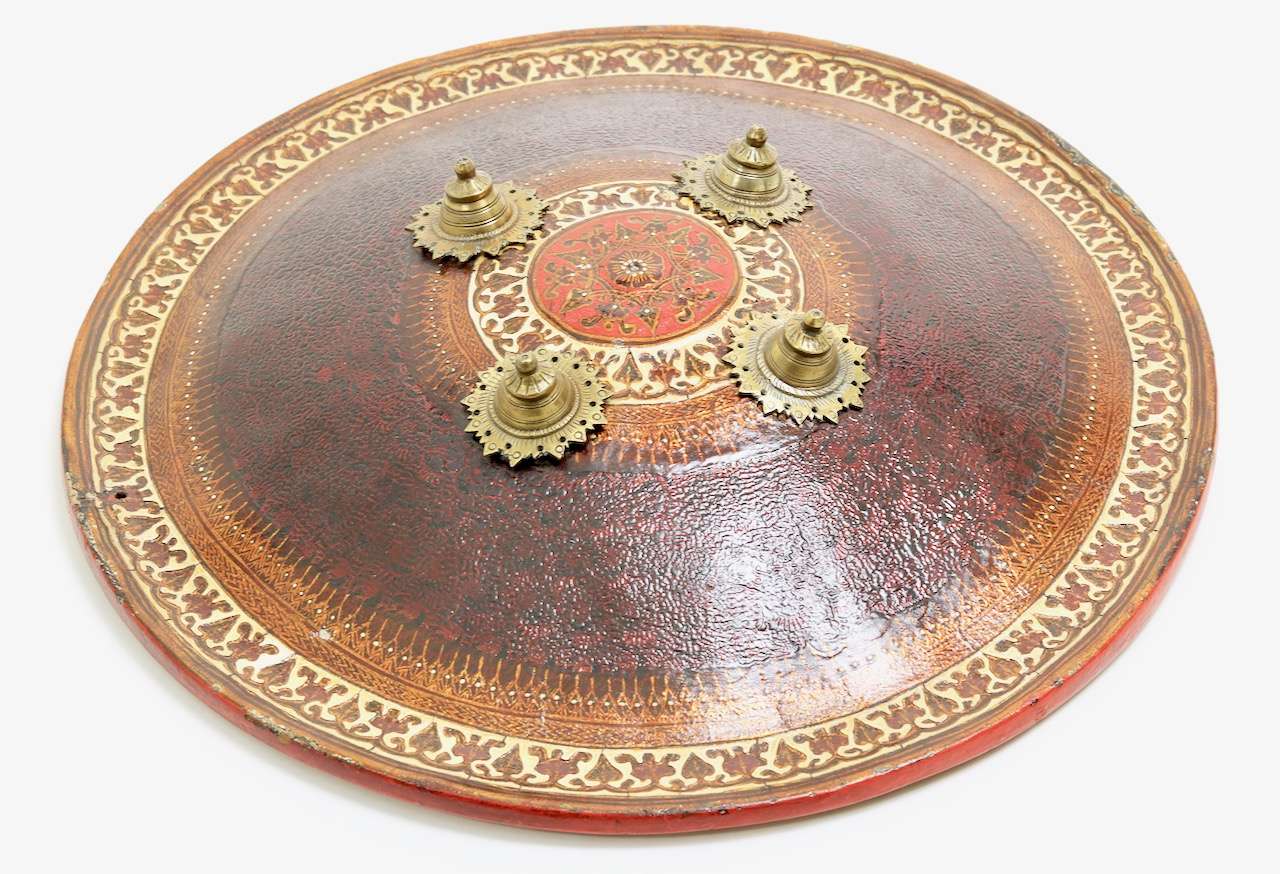 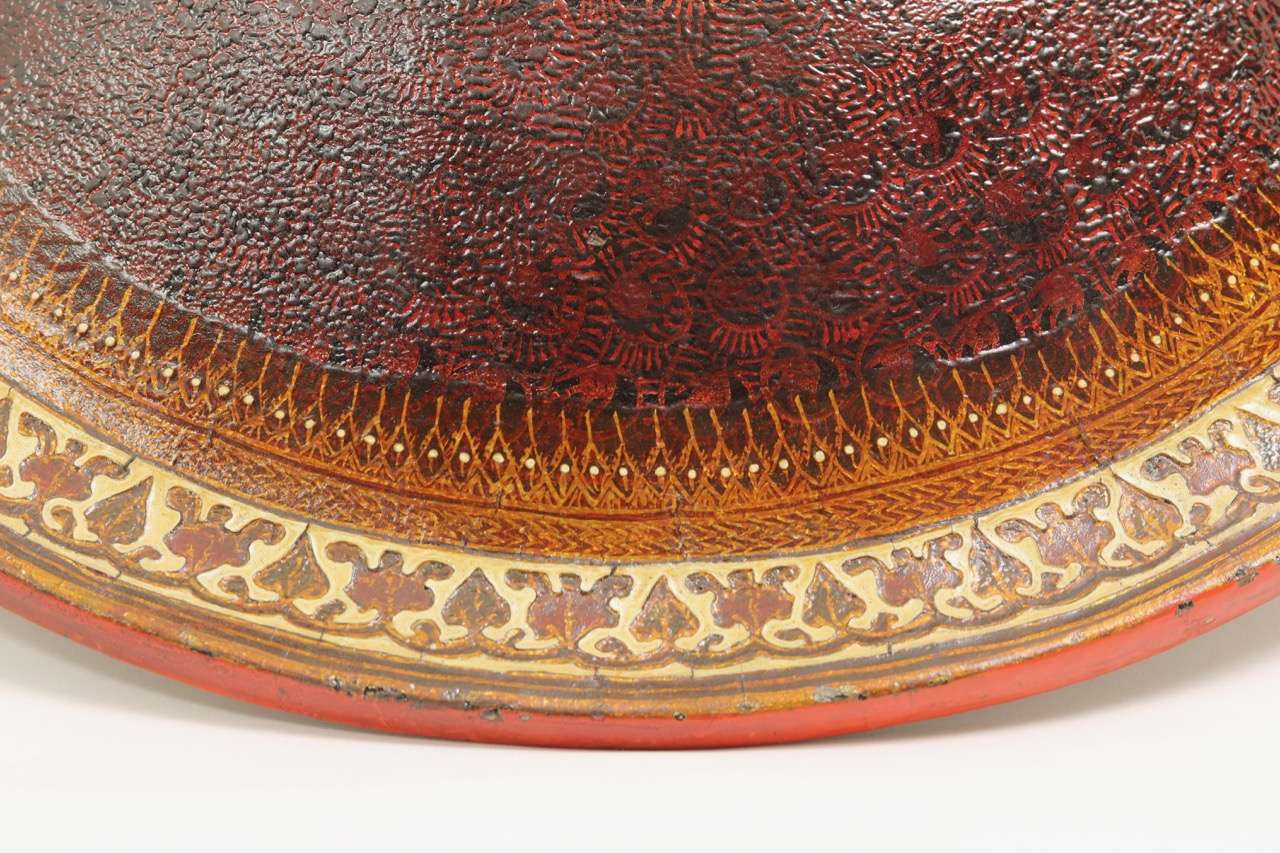 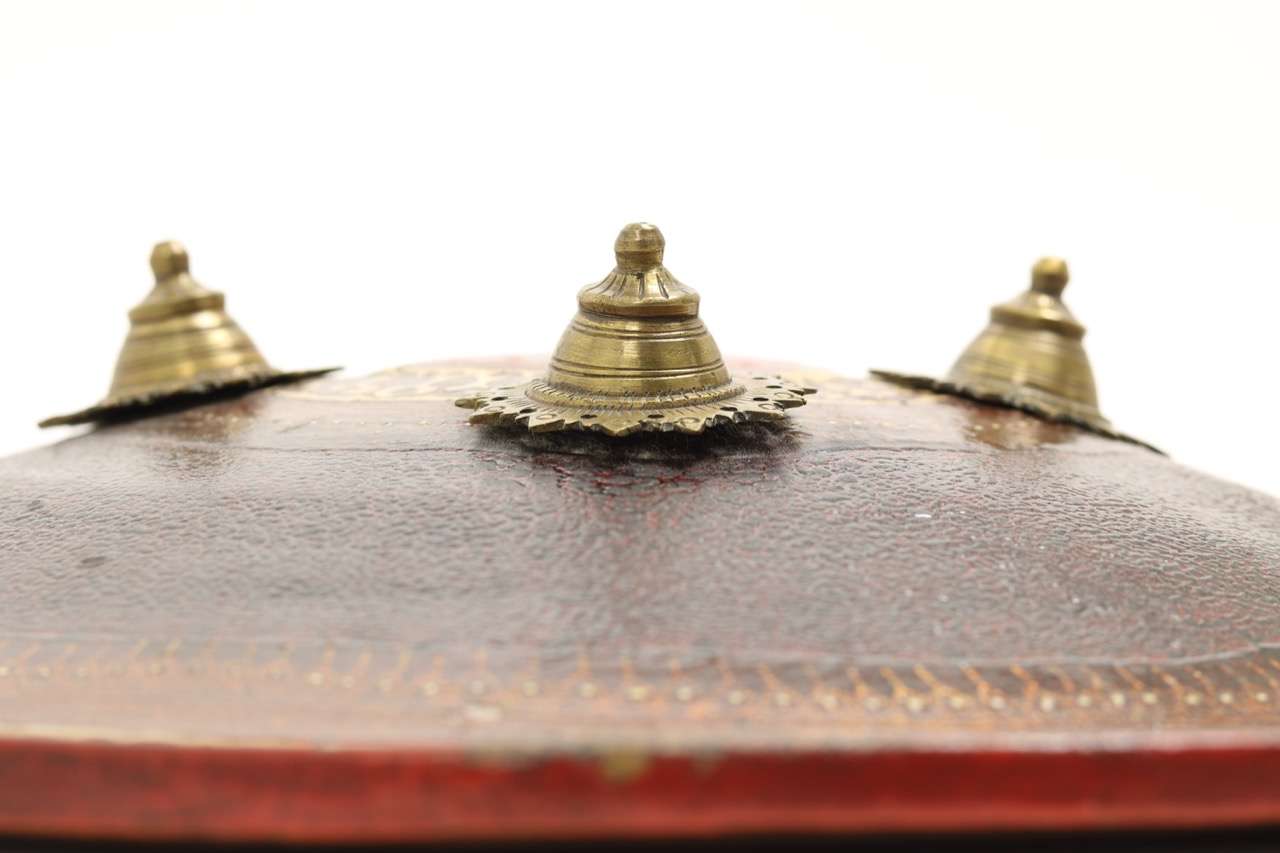 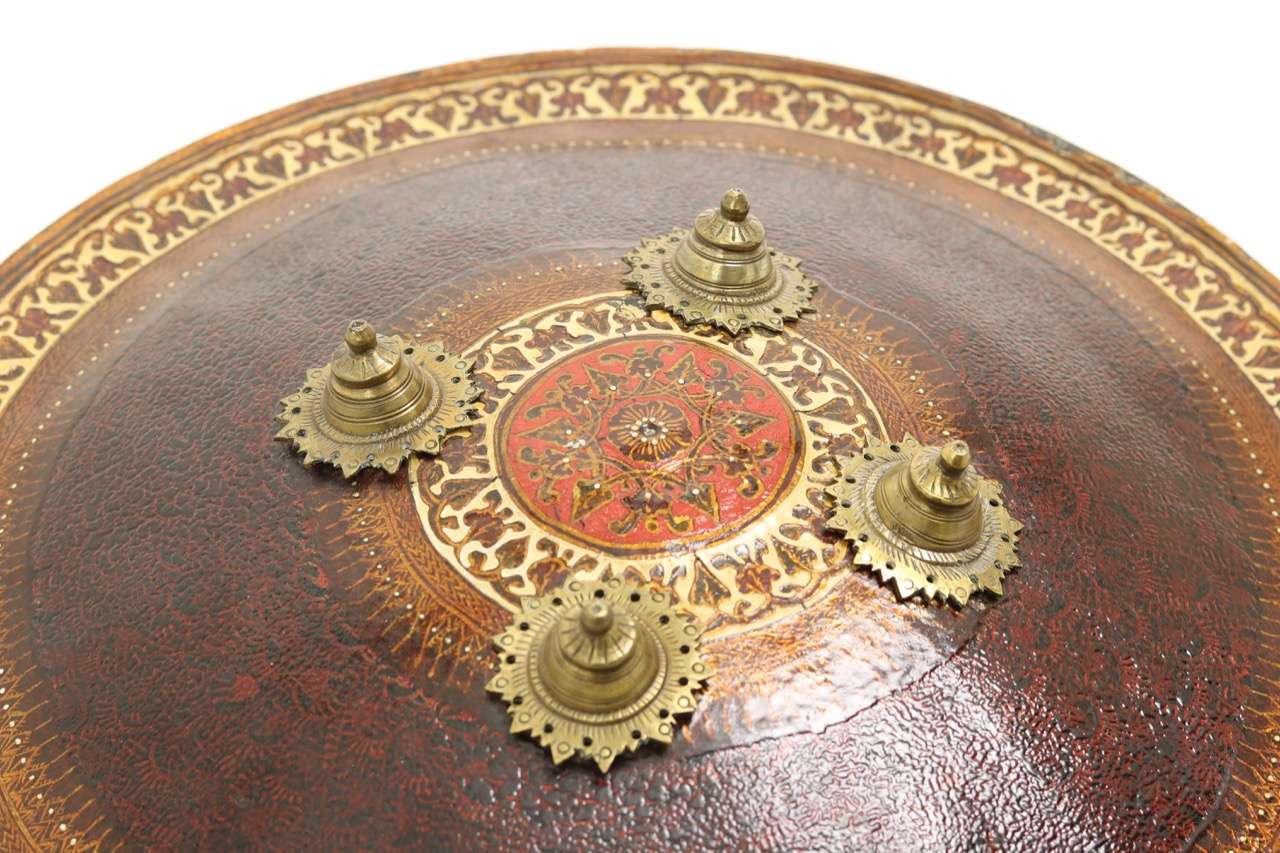 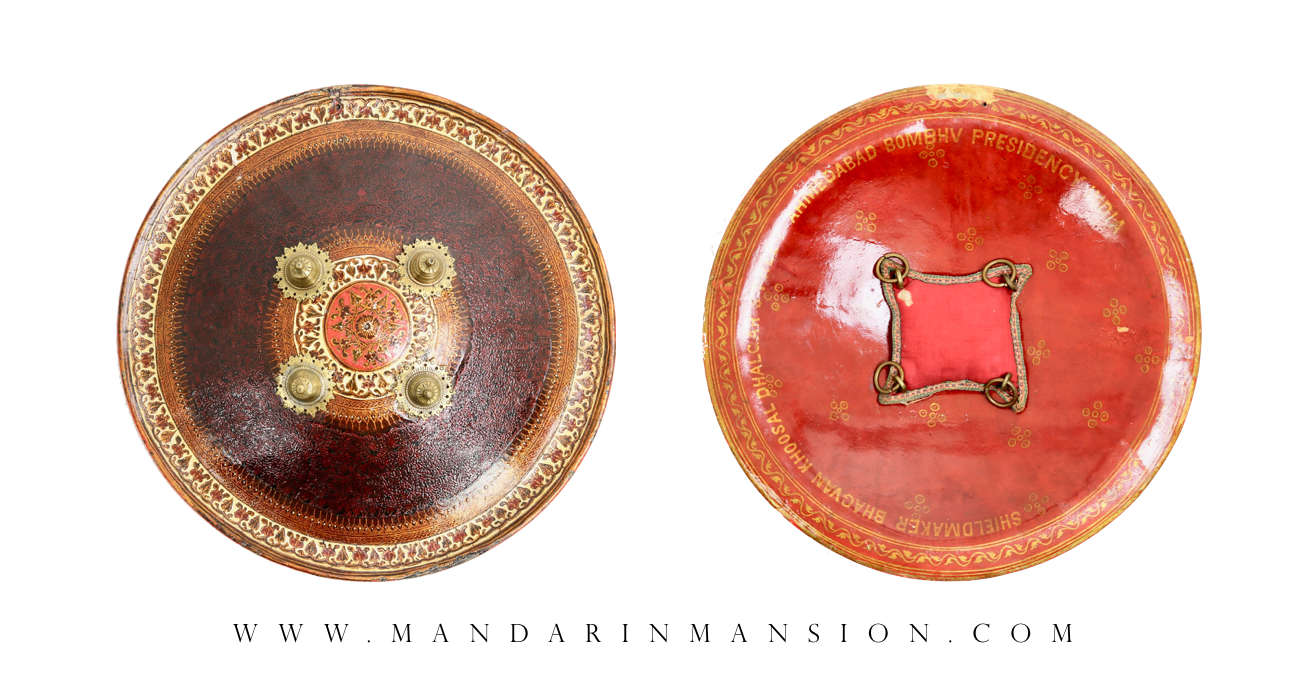