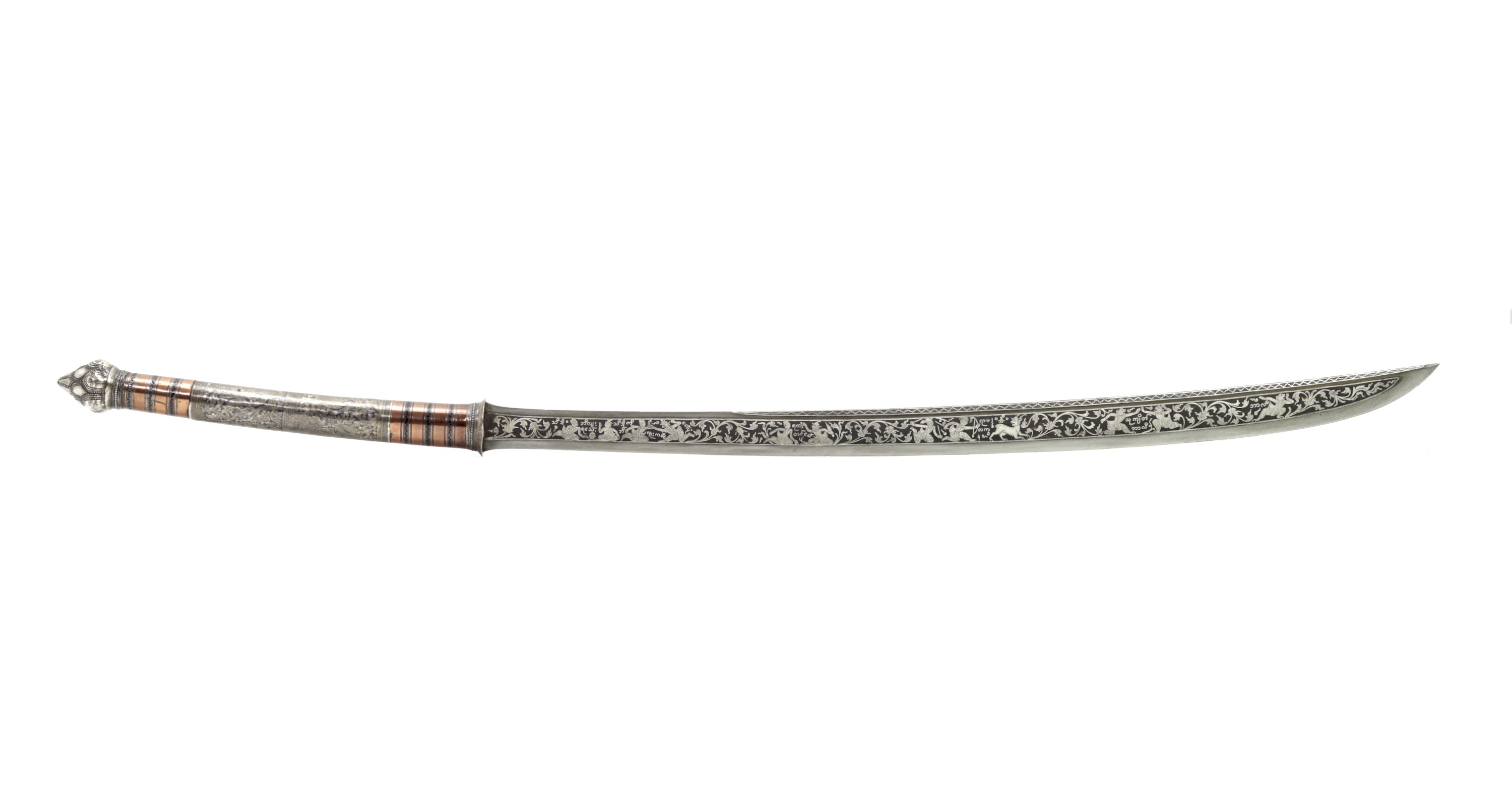 Narrowest at base 26 mm

"Another artistic development has its home in Mindan Village, Yamethin District, where every household depends more or less on its smithy, though there are only a few professors of the particular art to be described, which consists of an inlay of silver wire upon an iron surface. The usual articles produced are ornamental dalwes or da-hmyaungs, scissors, ..."

The textbook blade has a long back bevel on which a meandering zig-zag line is applied. Under that, a shallow fuller with cross-hatching over which the scenes of a story are overlaid in silver.

At first sight, it's a typical example, but close examination shows the overlay is of much better quality than normally encountered. In my nearly 20 years in this business, I have seen my fair share of fine Burmese dha blades. This is so far the finest in terms of execution of the silverwork I have seen so far.

The skill continues into the hilt, with copper bands alternating with fine silver wire inlays in resin. The center section shows six figures in two tiers in silver with niello inlays, again much finer work than normally seen.

The work on the blade and the pommel bear a striking resemblance to the work of Sya Pyo, whose father was interviewed by Bell:

"This industry is said to have had its origin five generations before Saya whose son Saya Pyo, the chief local artist, turned out the articles shown in the illustrations. The originator's name is forgotten, but the art is traditional, from father to son, each improving on his ancestors, as Saya Lan himself said:

Illustrations from the Bell monograph: 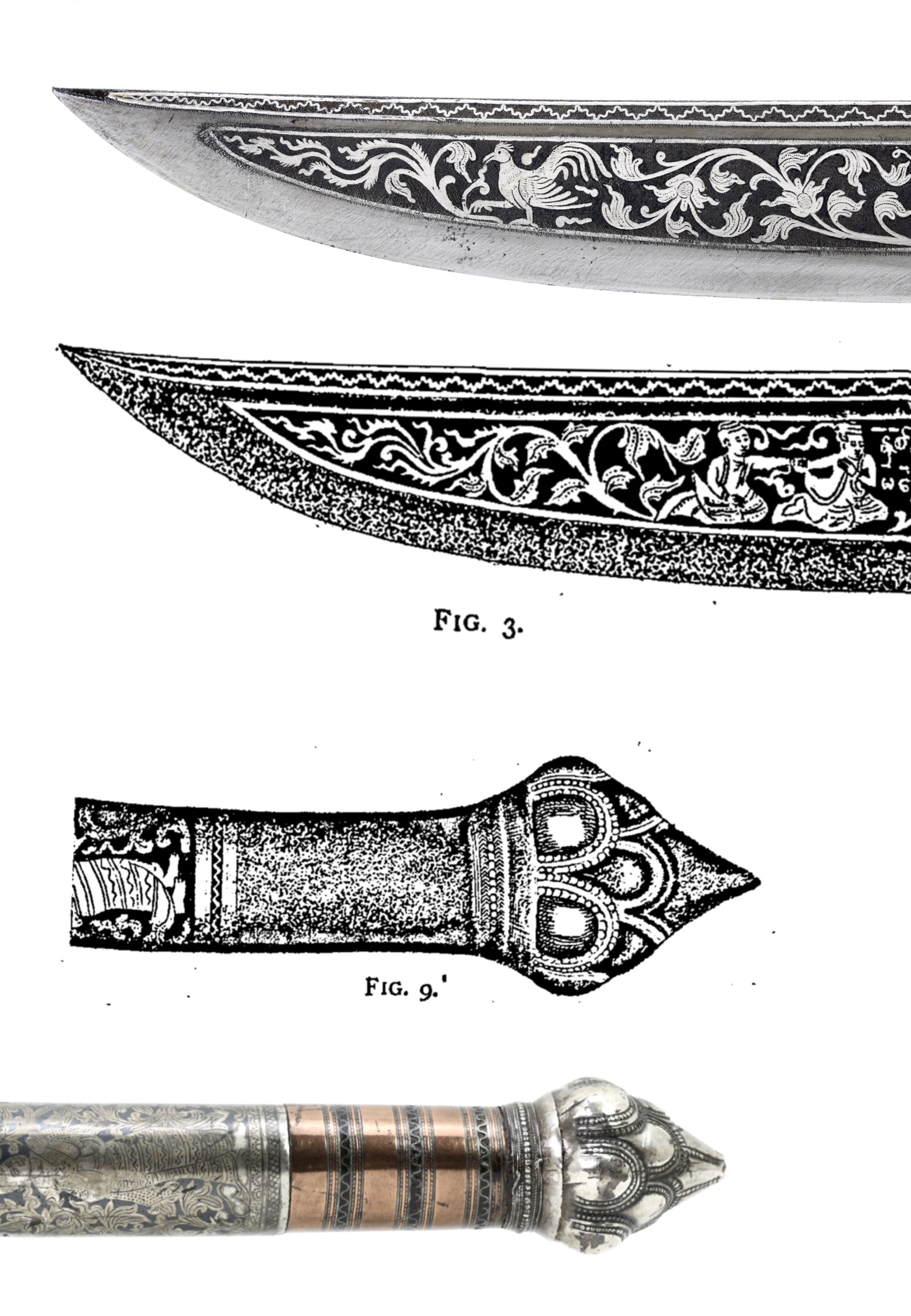 The story on this sword blade is that of Yama Zatdaw, the Burmese version of the Ramayana, the Indian epic where Rama and his brother set out to rescue Rama’s wife Sita, who has been abducted by the evil king Ravana.