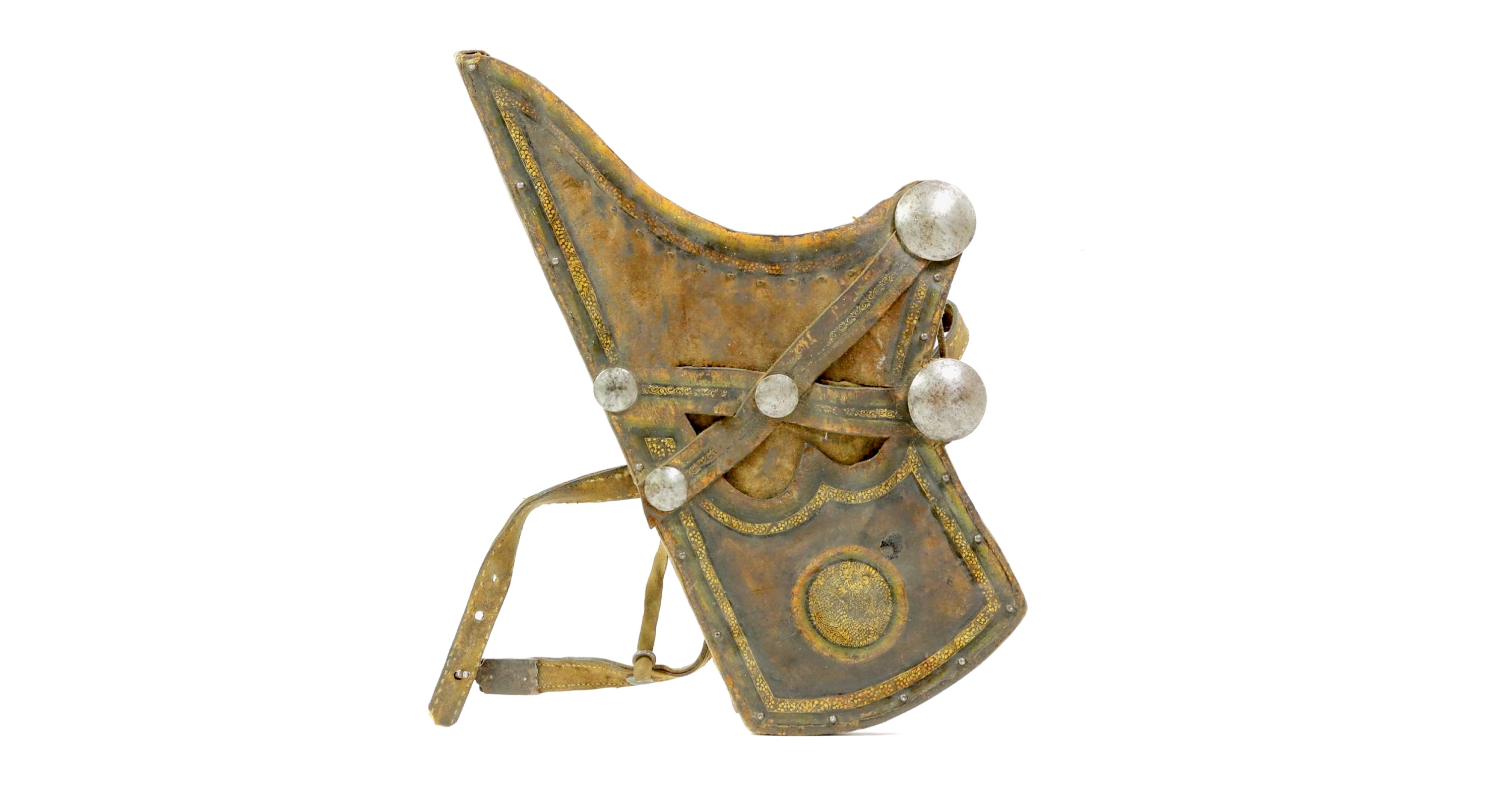 A fairly early example of a type of quiver that was in general use across Tibet, Mongolia, and China. The 18th-century Wǔ Tǐ Qīngwén Jiàn (五體清文鑑), a five language dictionary, refers to this type of quiver as mda‘ gdong (མདའ་གདོང་). The type is called sādài (撒袋) in Chinese and jebele in Manchu. This particular example is of an overall style and workmanship that identifies it as either Tibetan or Mongolian, with a type of painted leatherwork that was generally not done in China.

It bears remains of a wax seal which indicates it was once part of a Tibetan armory, probably in a monastery. Many old Mongolian, Chinese, and Tibetan items ended up in such armories as votive offerings, and sometimes they were used and worn during ceremonies. The Tibetan climate is exceptionally well-suited to preservation so these armories tend to be time capsules where many early pieces survived that perished elsewhere.

It is constructed with a wooden frame of general U shape with a long beam on the left, a rounded base, and a curved beam on the right. Front and back consist of two pieces of leather. That on the back has a natural grain and is sewn on. All sides are covered with red lacquered leather, also sewn on. The front is smooth painted leather, nailed on the wooden frame with 15 nails around the edge.

The front has two crossing straps, one cut from the existing front leather panel and another being a separate piece. A second piece of leather provides a backing behind the straps. The straps are held in place by four domed iron bosses. The cross straps and double front create two openings for special, wider bladed arrows to be carried there.

At the mouth of the quiver is braided work in a thick cord, secured through the front and back with thin hide straps. It creates 12 narrow openings that are only suitable for the narrower armor-piercing war arrows.

It still retains its suspension straps on the back, and its original carrying belt that was made out of two leather straps sewn together. The belt has two iron loops and a belt hook.

The hand-painted decoration on the front features an outer edge in a gradient of greens and yellows. Just inside it is a decorative border in thin golden lines of alternating flower patterns. On the cross-straps, there are somewhat similar lines but this time in a more archaic-looking arabesque pattern.

Some losses to the gold decoration and finish of the leather, some use-related deformation of the leather. In stable condition, structurally sound and with no flaking. One of the two straps that make the belt has broken. Belt seems shortened at some point, but still long enough to go around a normal waist.

There is a quiver of this general type in the Metropolitan Museum in New York, accession number 2003.344a–c, dated 15th - 17th century. Another is in the Royal Museum of Edinburgh, accession number A.1927.321A-O, dated 17th-18th century.2 Both are superior in workmanship, but the profile of ours in profile looks more like the Edinburgh example.

Another, with a somewhat later and more square profile, is in Stephen Selby's collection. This nearly reaches the compactness in width of the Qing version of this quiver and is most likely 19th century.

Probably 17th or 18th century, like the Edinburough example.

A complete, all original example of a very rare type of quiver that was used by Tibetan and Mongolian horseback archers. The layout inside suggests it was used for carrying narrow war arrows, and perhaps two wider broadheads.

Notes
1. See the Wǔ Tǐ Qīngwén Jiàn 御製五體清文鑑 or "Five Language Compendium", military section. Finished in 1790. While meaning "quiver" on its own, in some regulations the Chinese term sādài is used to refer to the complete set of bowcase, quiver, and belt.
2. Donald J. Larocca; Warriors of the Himalayas; Rediscovering the Arms and Armor of Tibet. The Metropolitan Museum of Art, New York. Yale University Press, New Haven and London. Pages 192-195. 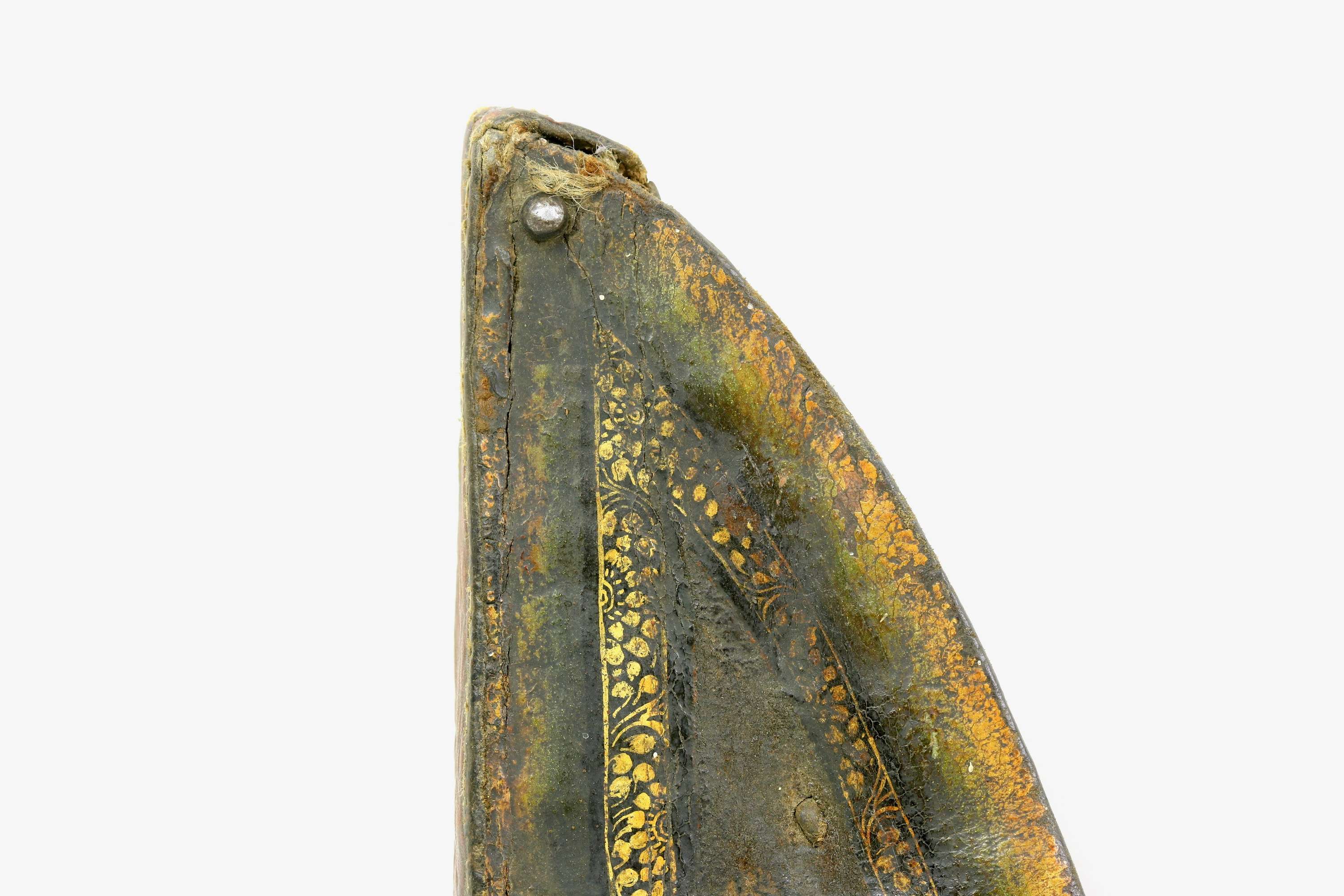 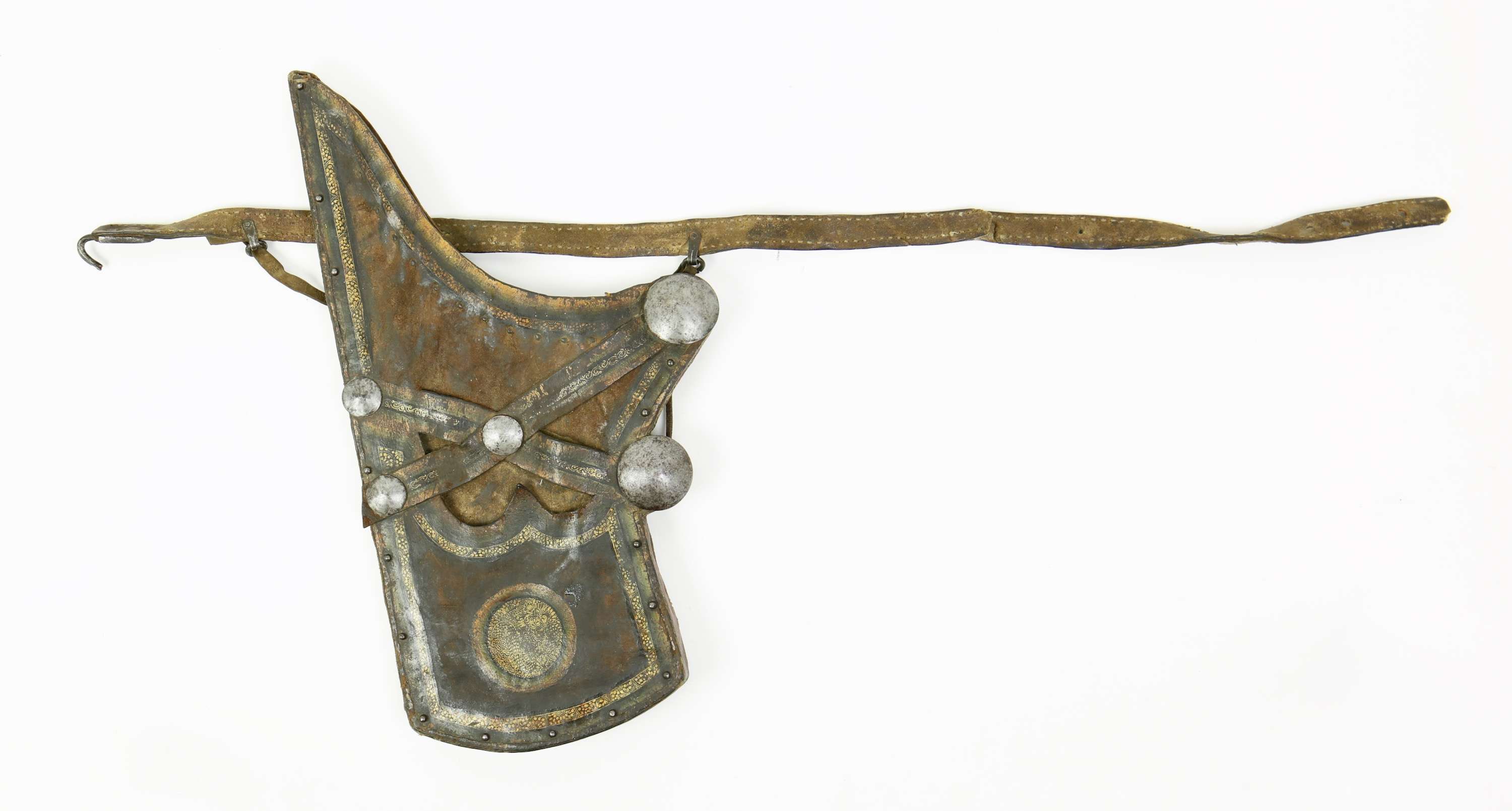 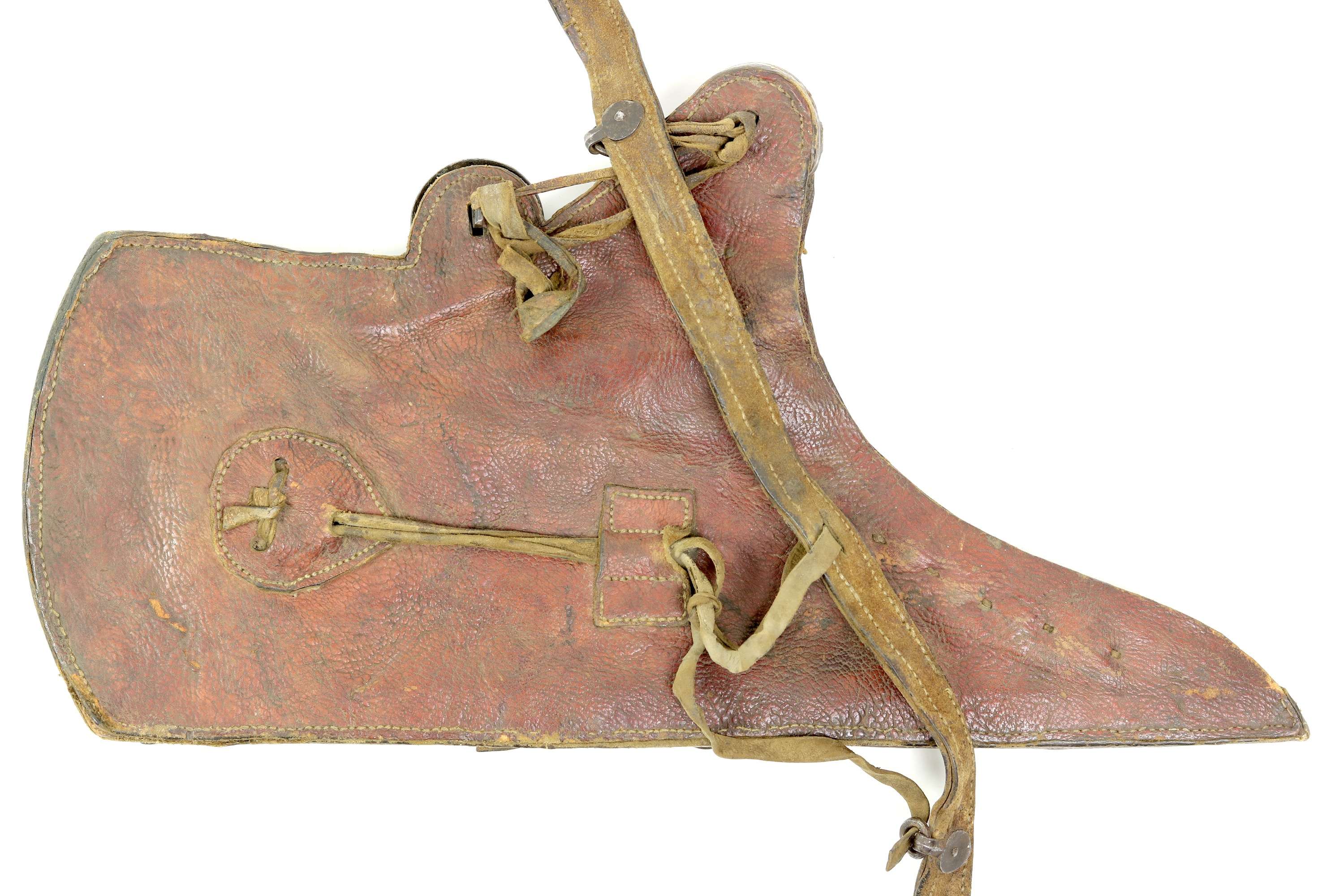 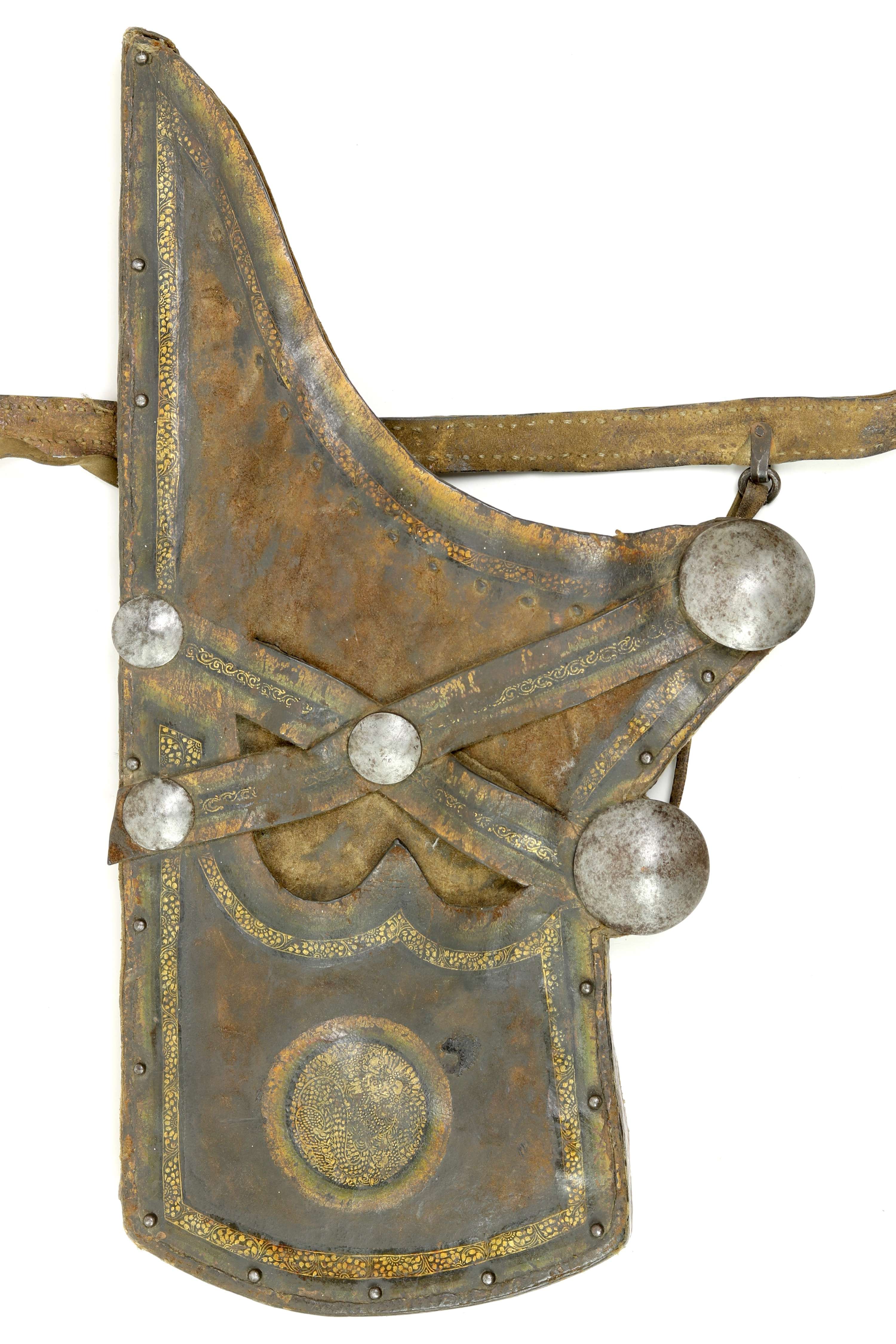 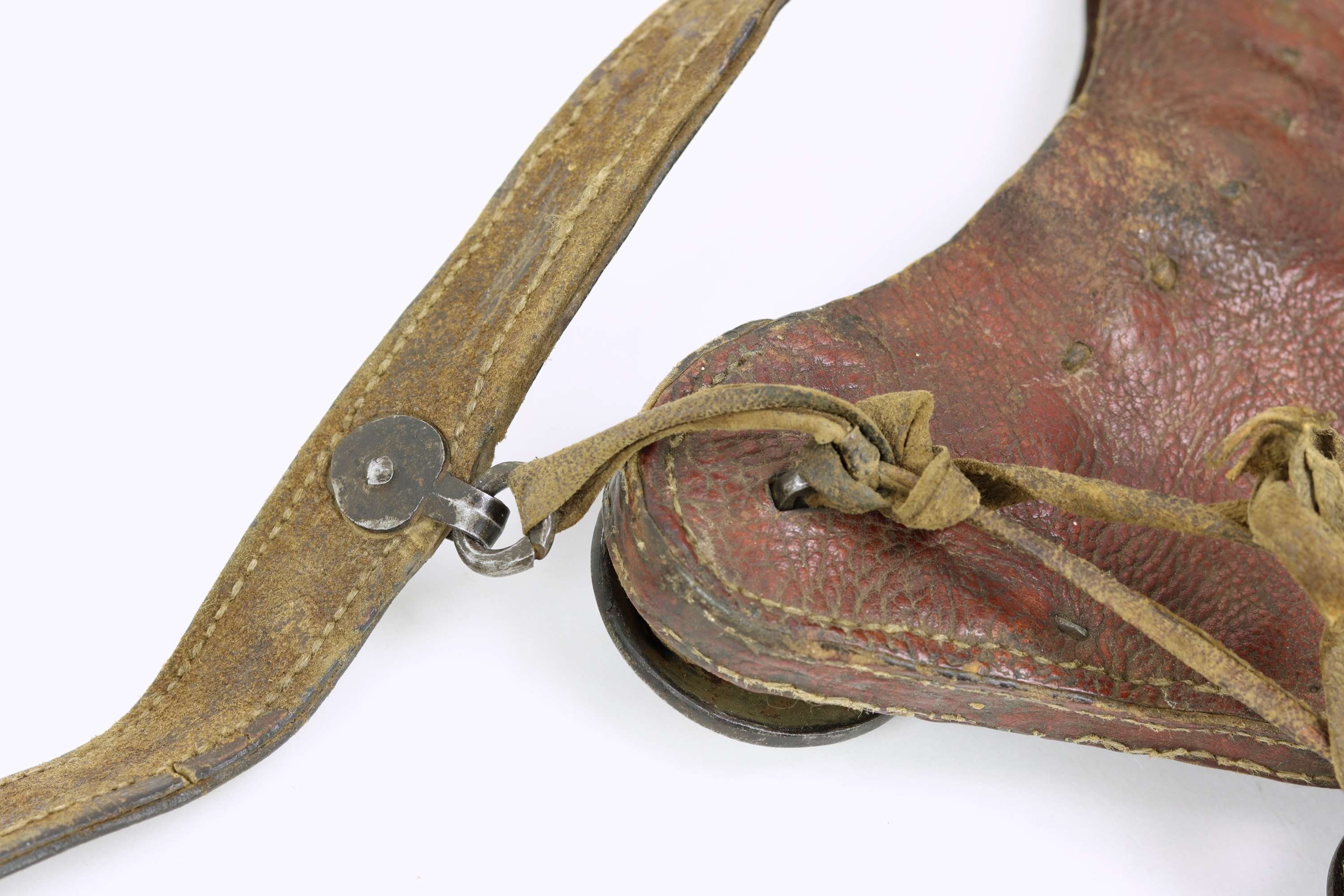 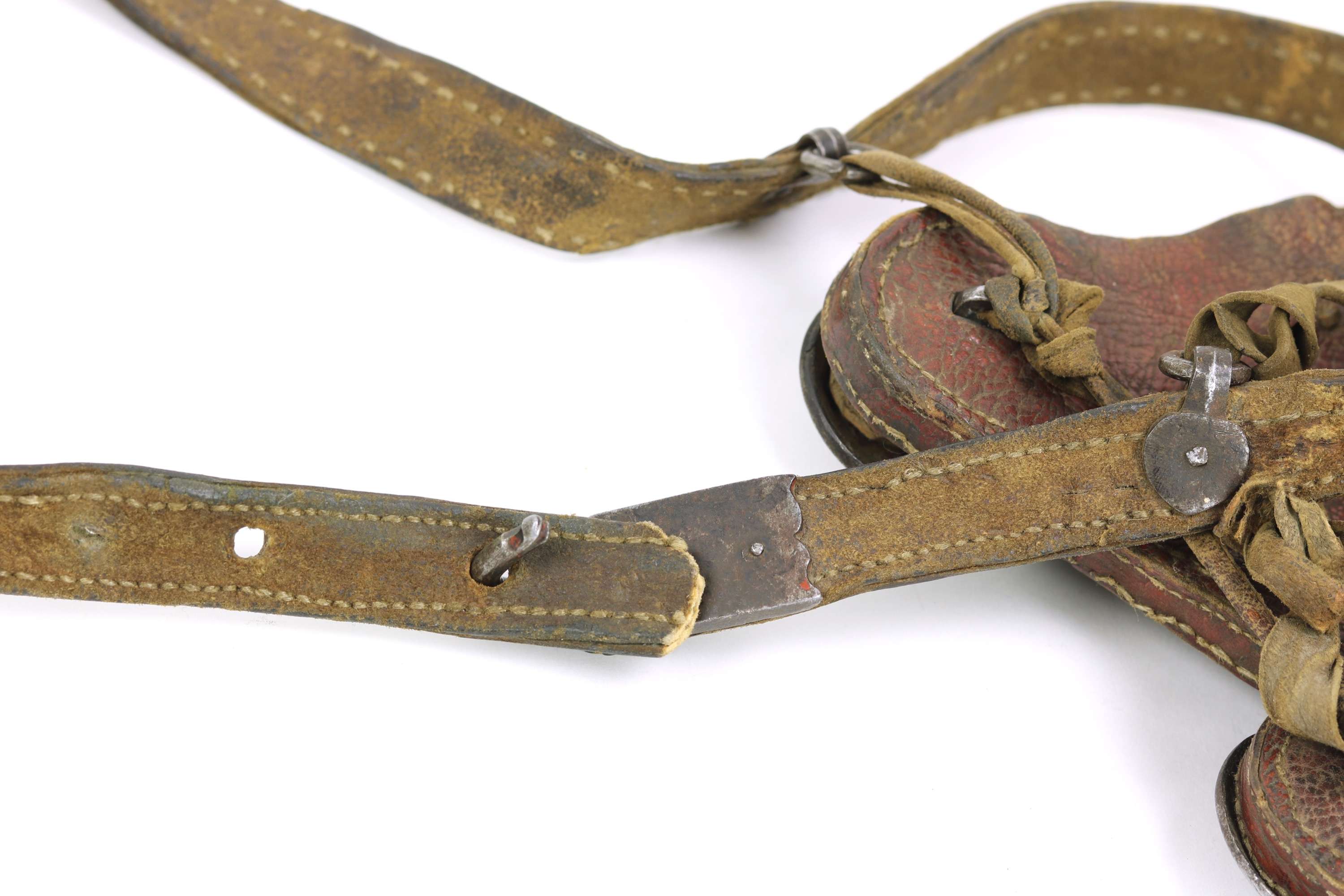 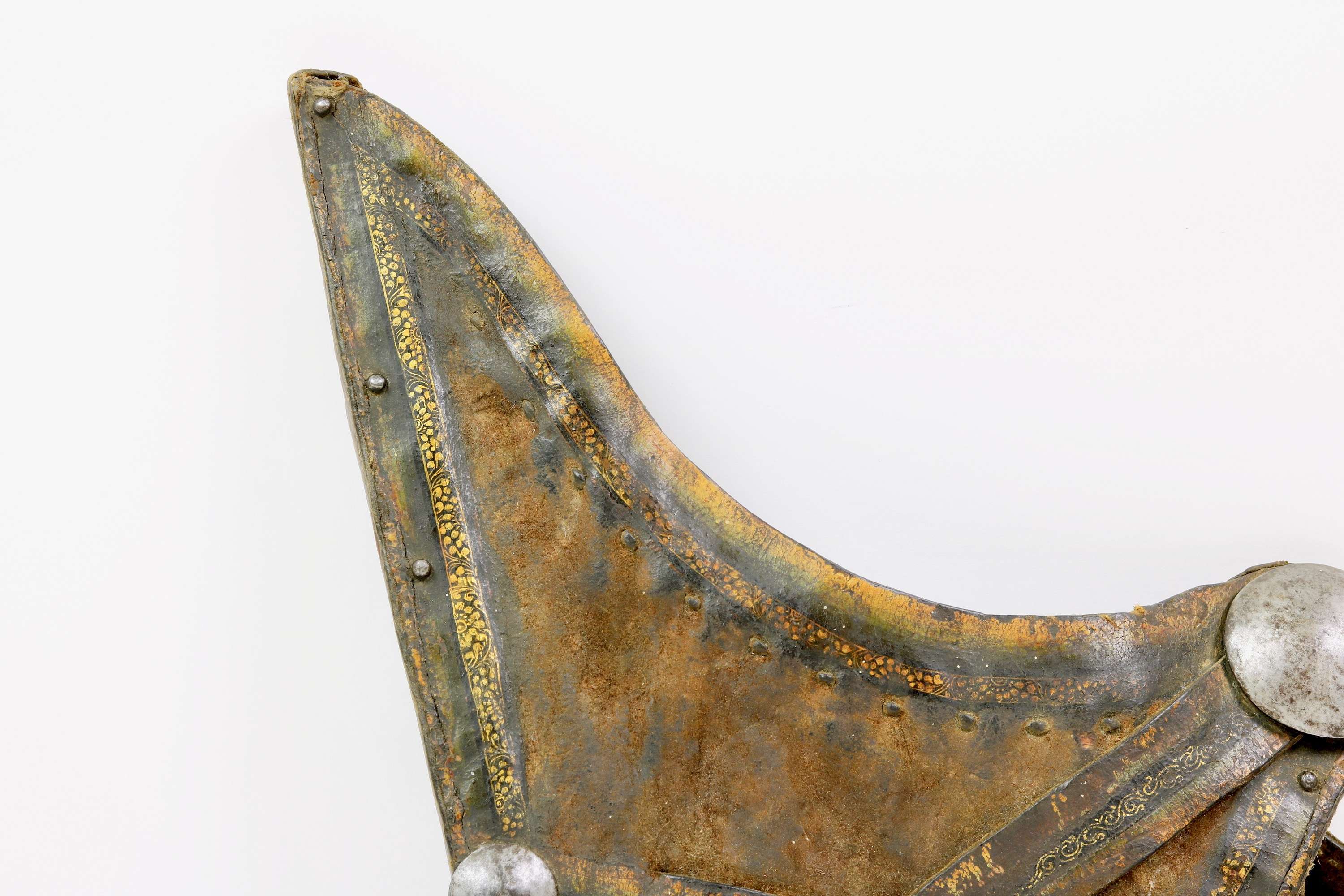 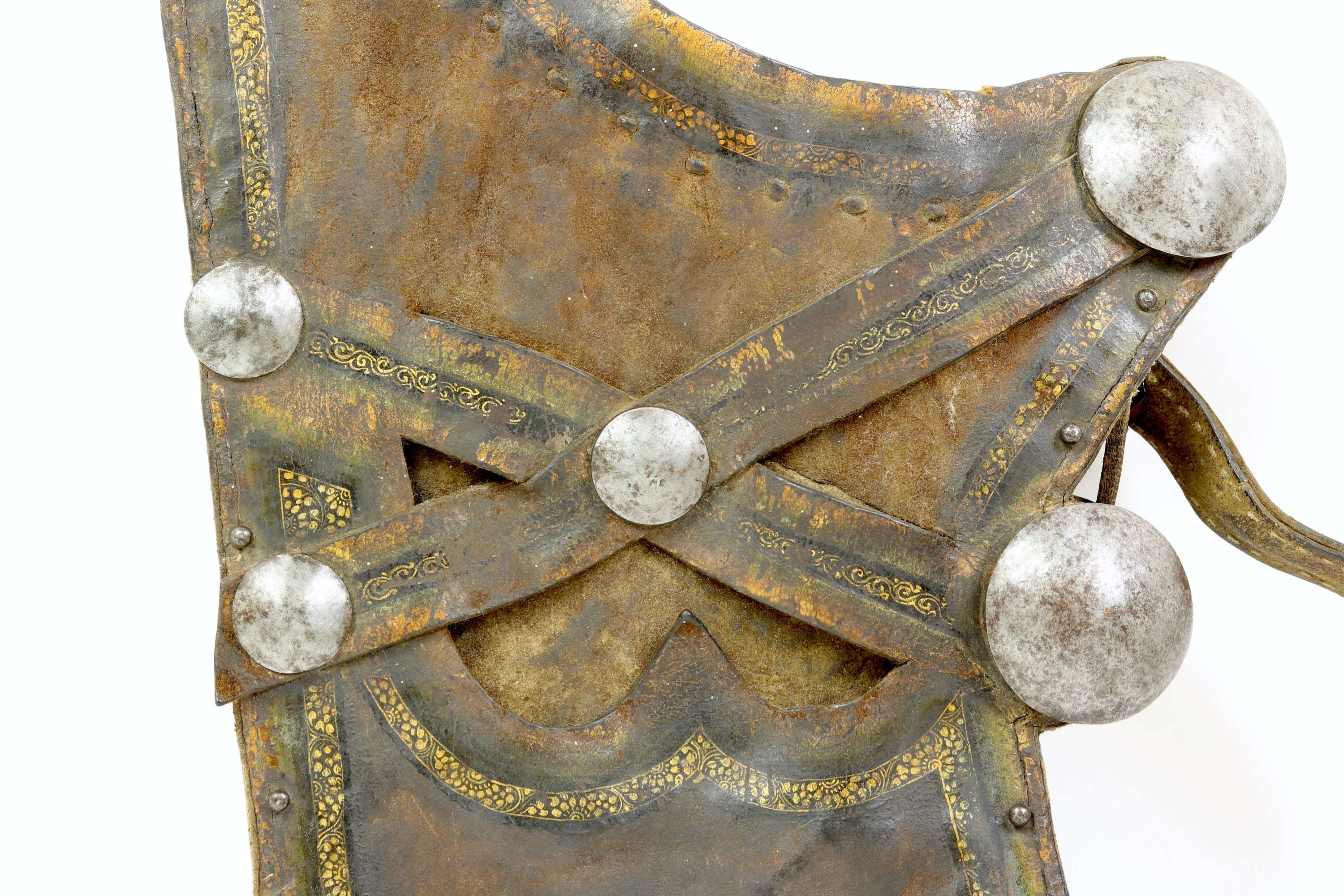 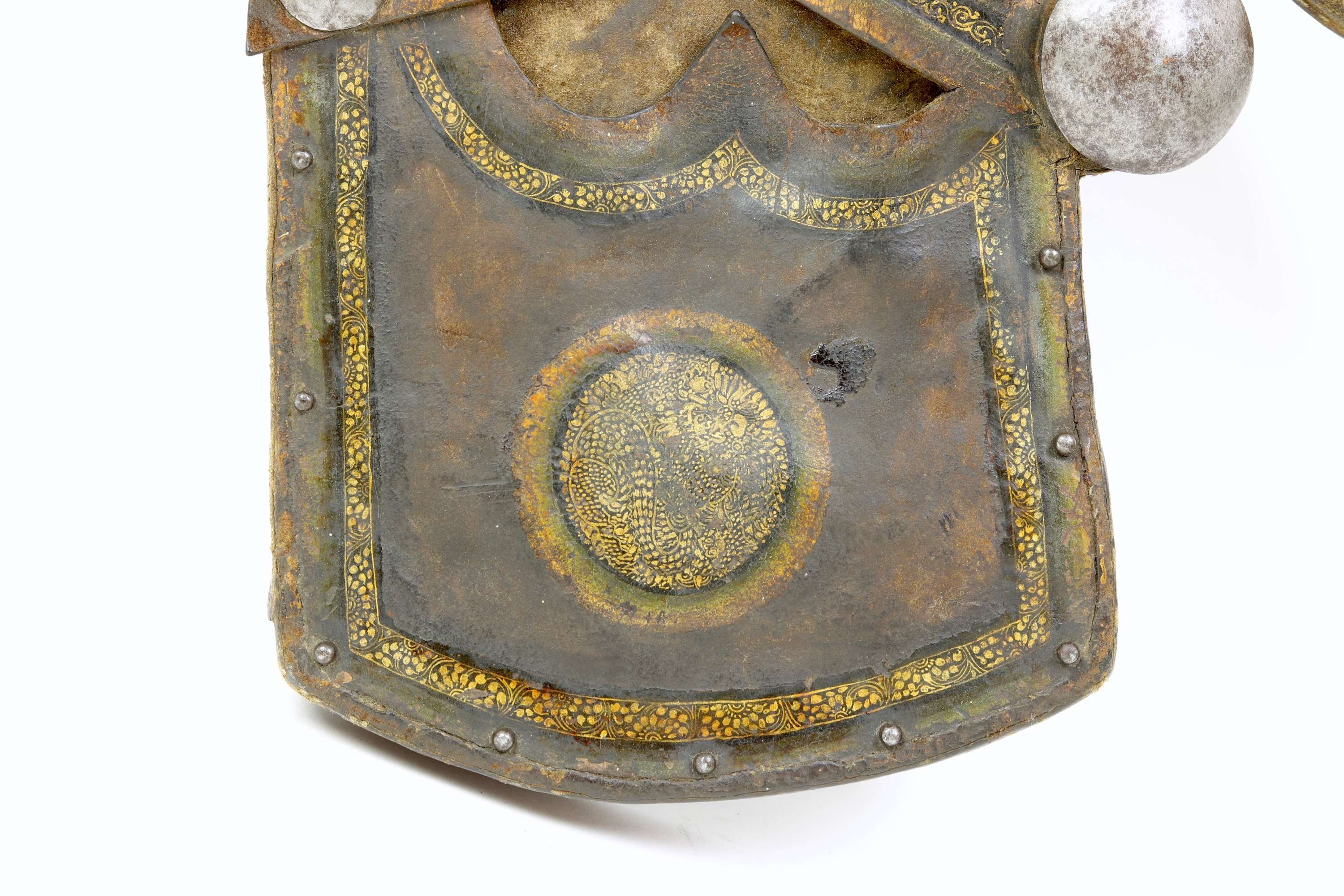 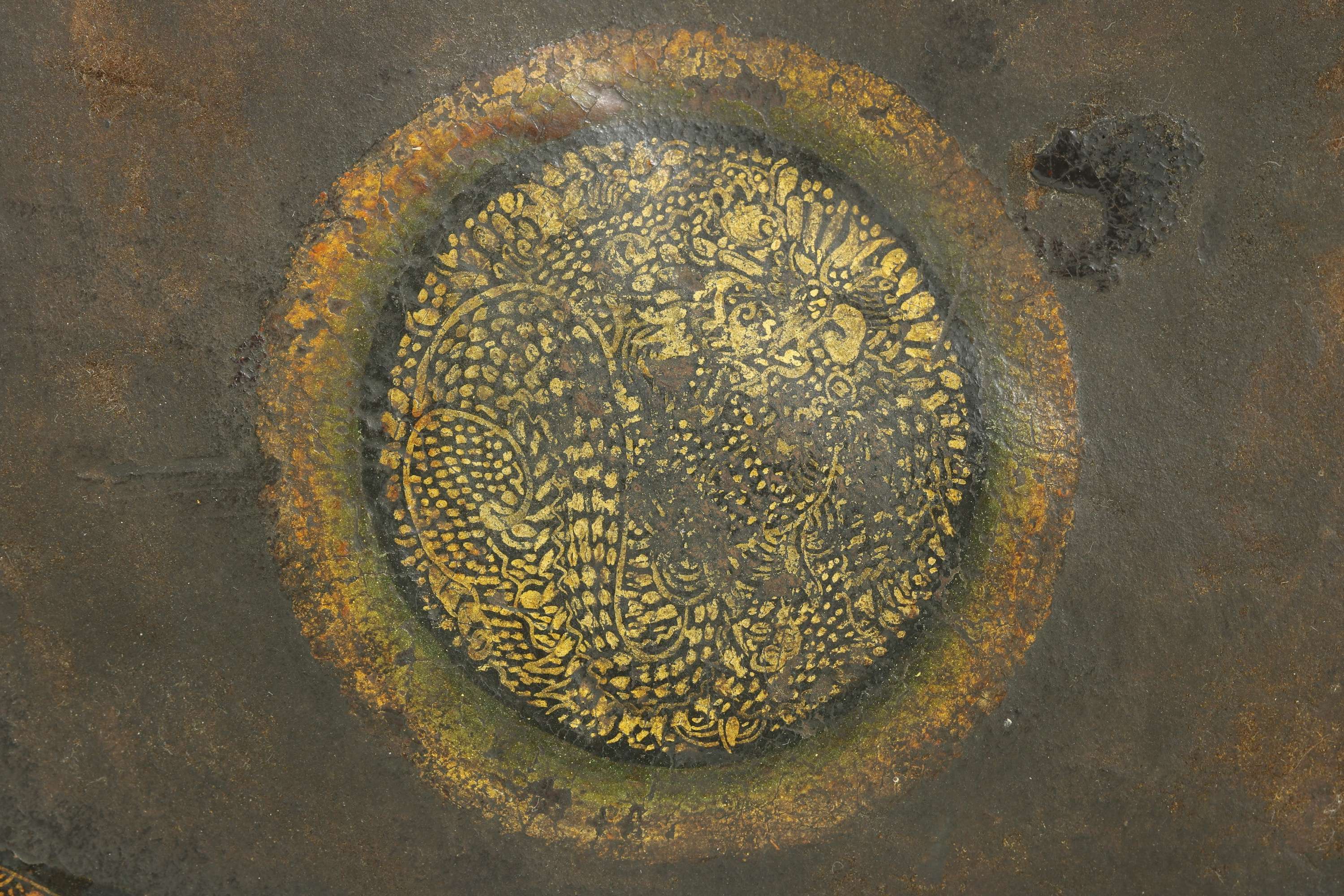 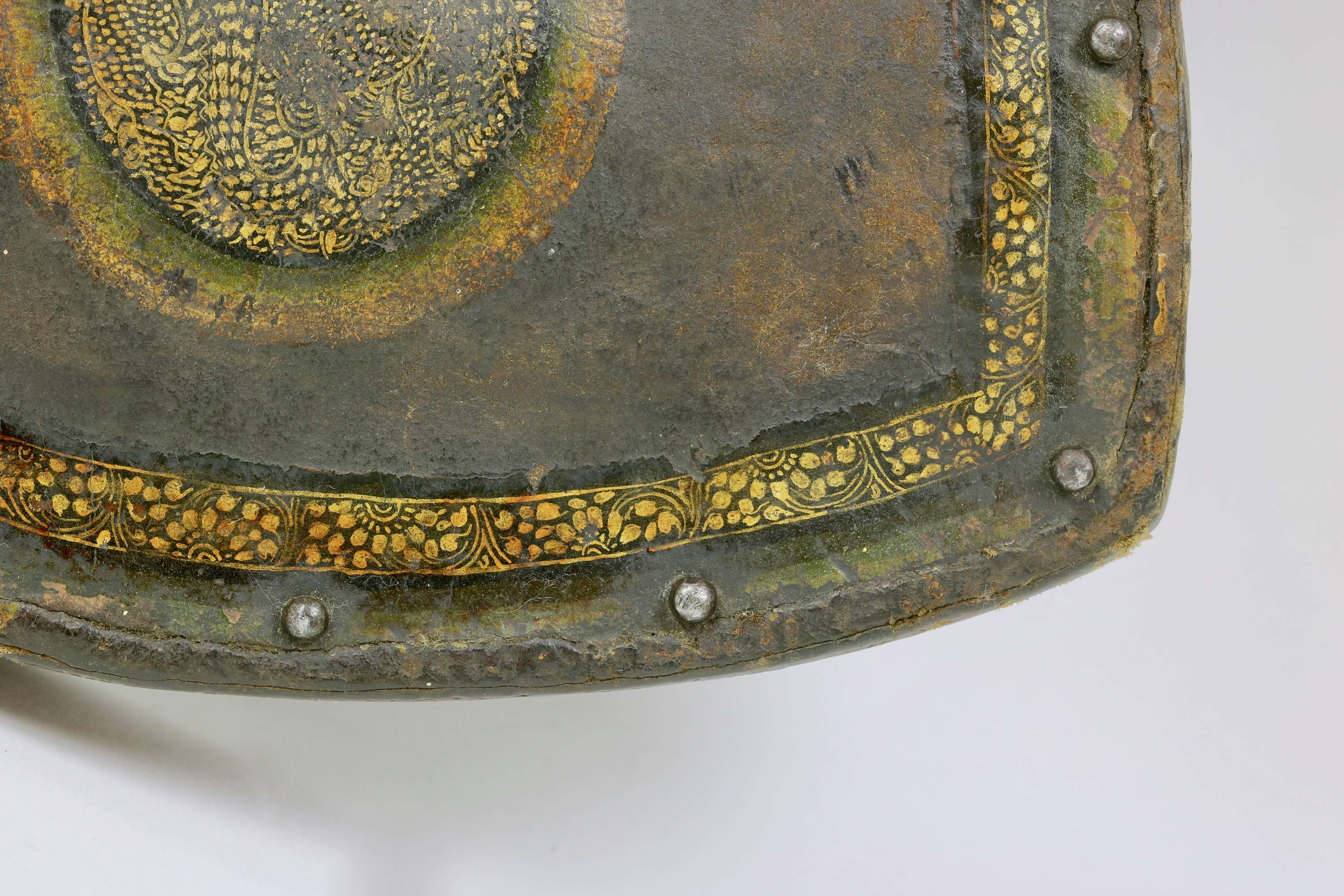 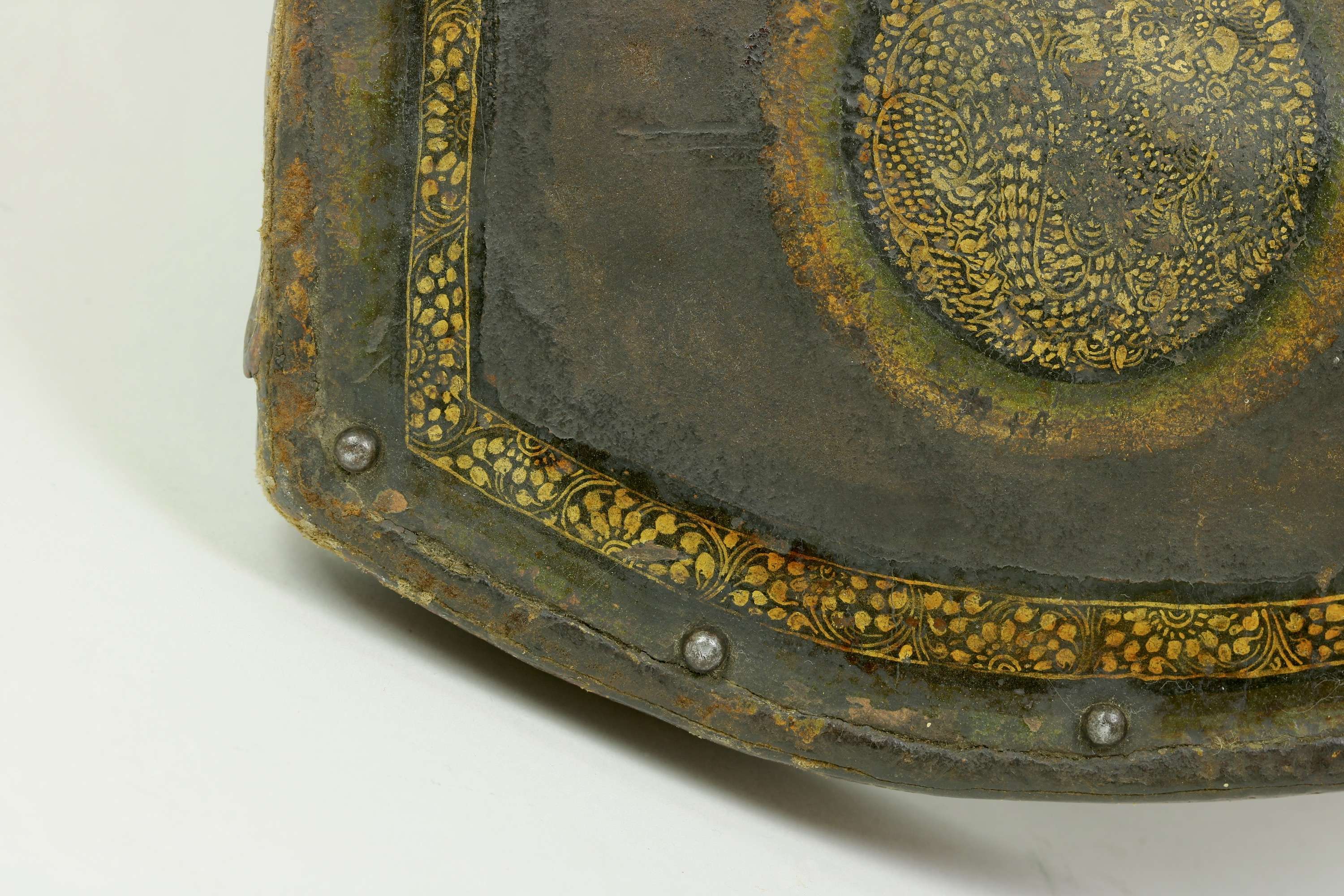 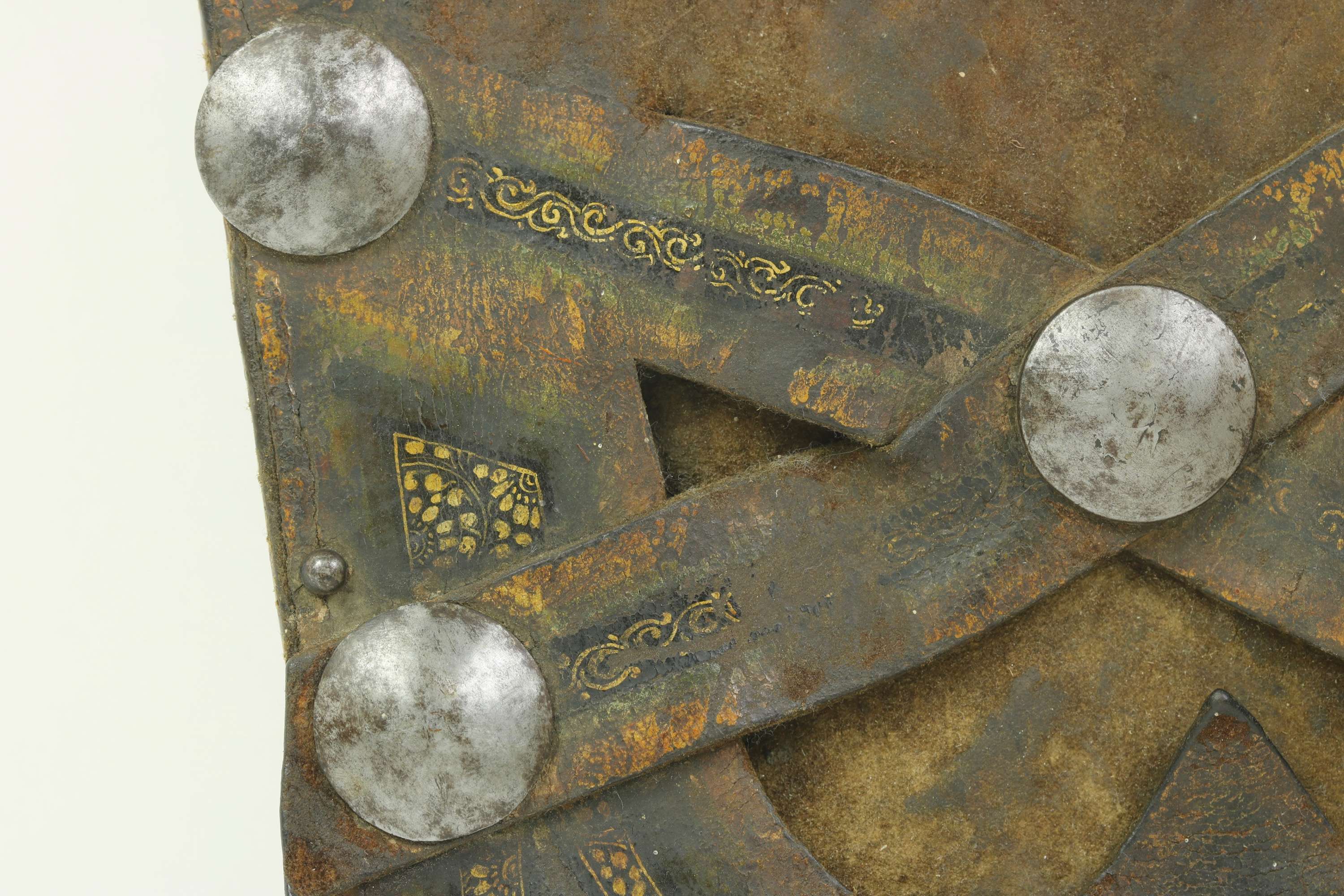 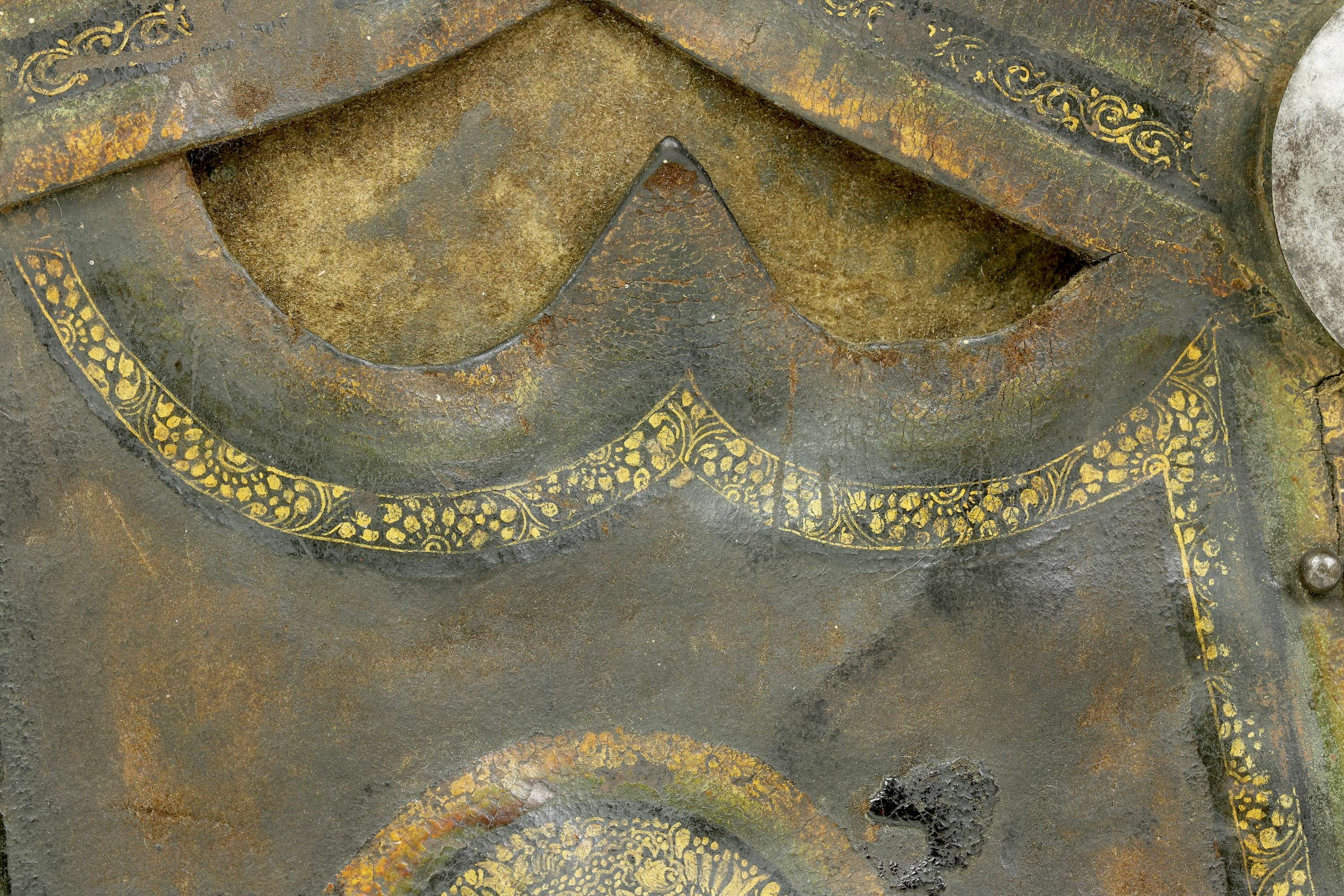 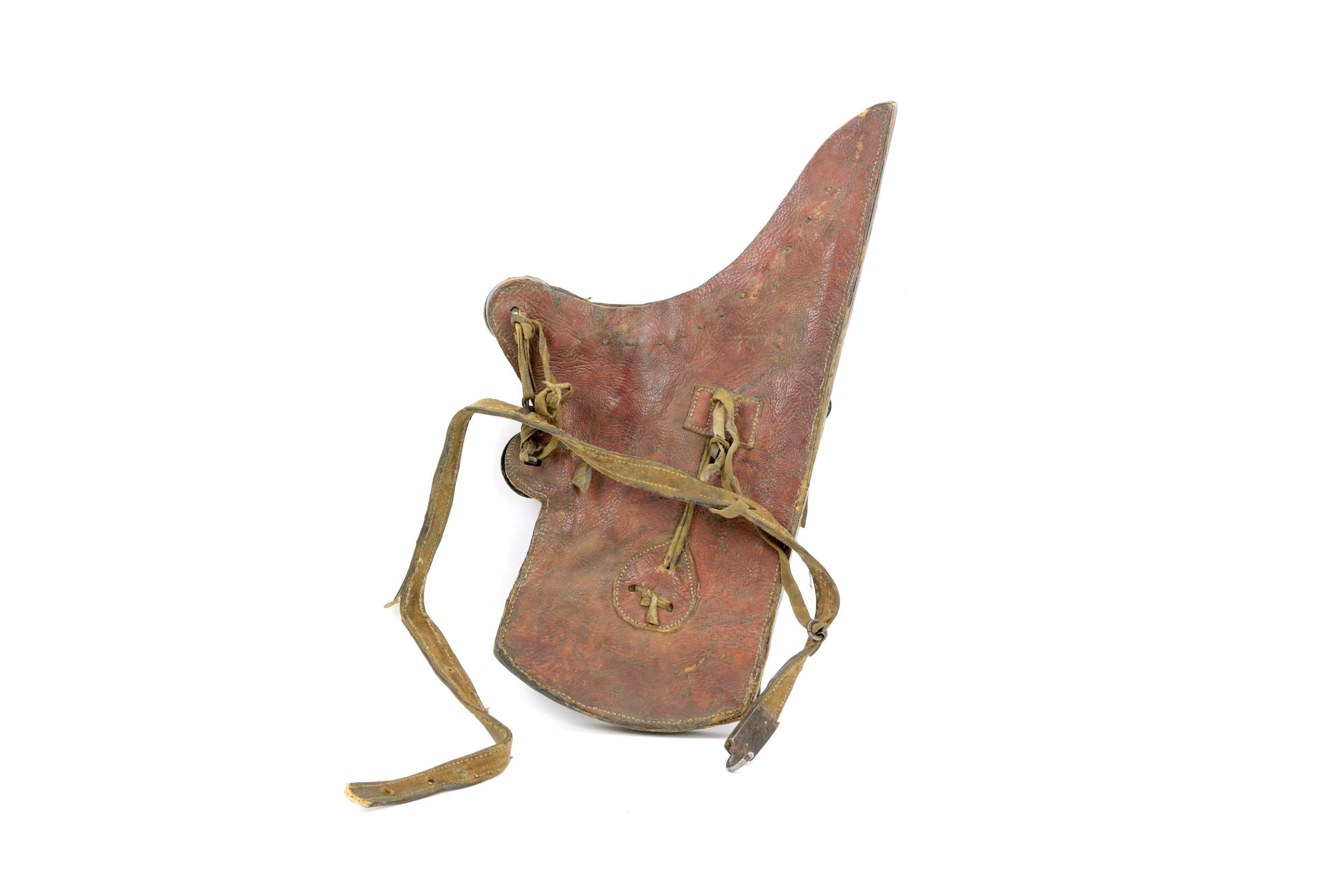