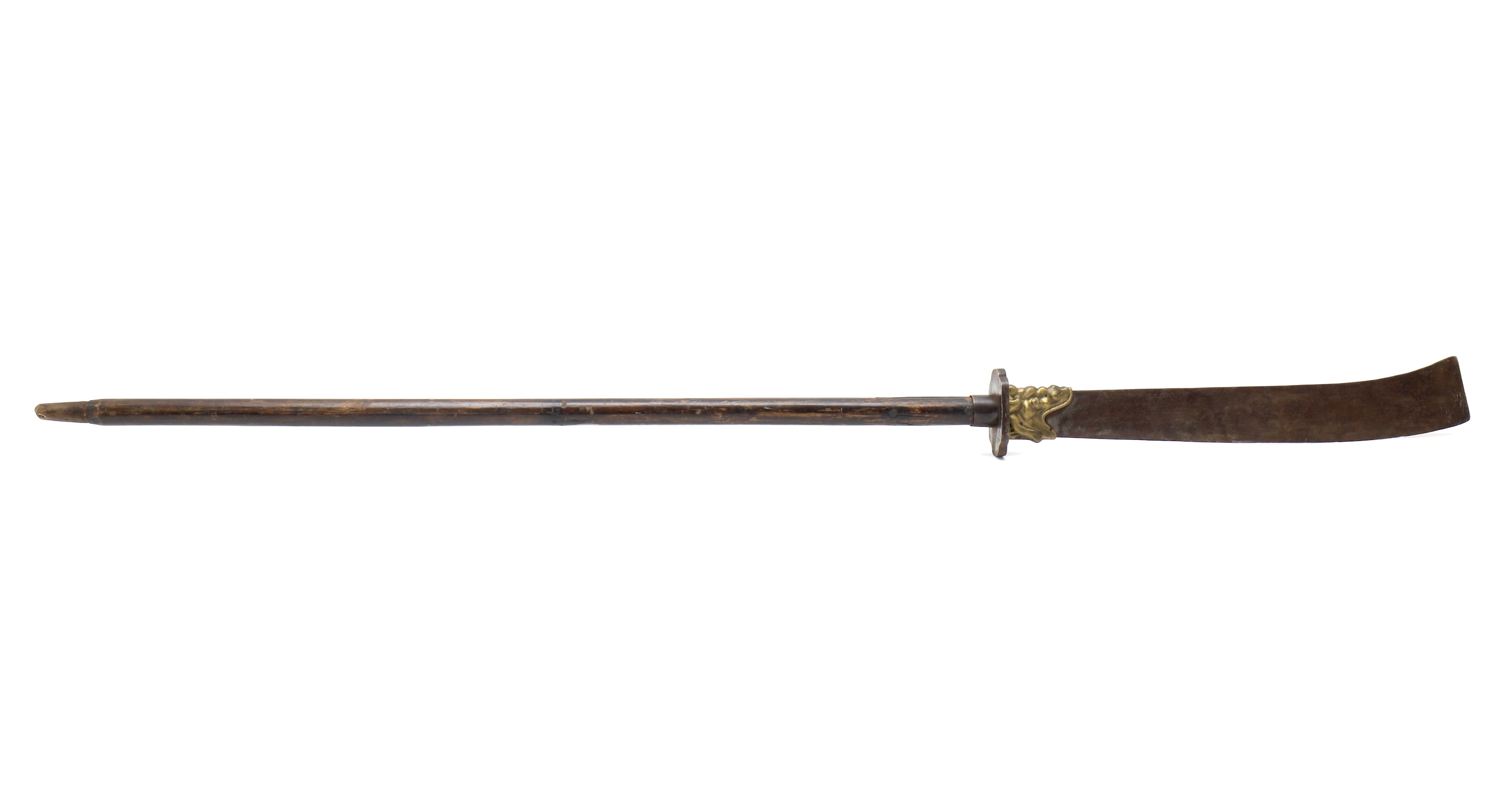 Weapons such as this one, with curved chopping blades on long poles are generally called pōdāo (朴刀) today regardless of their dimensions and hilt-blade ratio. A survey through older Chinese literature shows that traditionally, this class of weapons went by many different names. Further complicating things, a pōdāo (朴刀) is listed as a two-handed saber in a Ming text.1

During the Qing dynasty, the only weapons with a similar name we find in military regulations is the pūdāo (撲刀), or "rushing sword", but the overall weapon including the handle is barely 70cm. A weapon dimensionally more close to our piece is the Green Standard Army kuānrèn dàdāo (寬刃大刀) or "broad-edged greatsword" which is about 240 cm long. However, I will stick to pōdāo here because it is what most collectors and martial artists will be familiar with today.2

A wide, slightly curved blade with a flat tip sits on a heavy, hardwood shaft. The tang is riveted to the shaft with two rivets. Strips of wood cover the sides of the wide tang, one now lost.

At the base of the blade is a dragon tūnkǒu (吞口) in the form of Yázì (睚眦), one of the nine sons of the dragon and the most bloodthirsty of them all. The tūnkǒu is constructed out of two cast parts of brass, riveted together with iron rivets.

Between the base of the blade and shaft is a thick iron guard, of rectangular shape with indented corners and a thick but shallow raised rim. It is this feature that points towards a Southern Chinese origin.

The shaft's top is reinforced with an iron ferrule. At the end was once a spike, now lost.