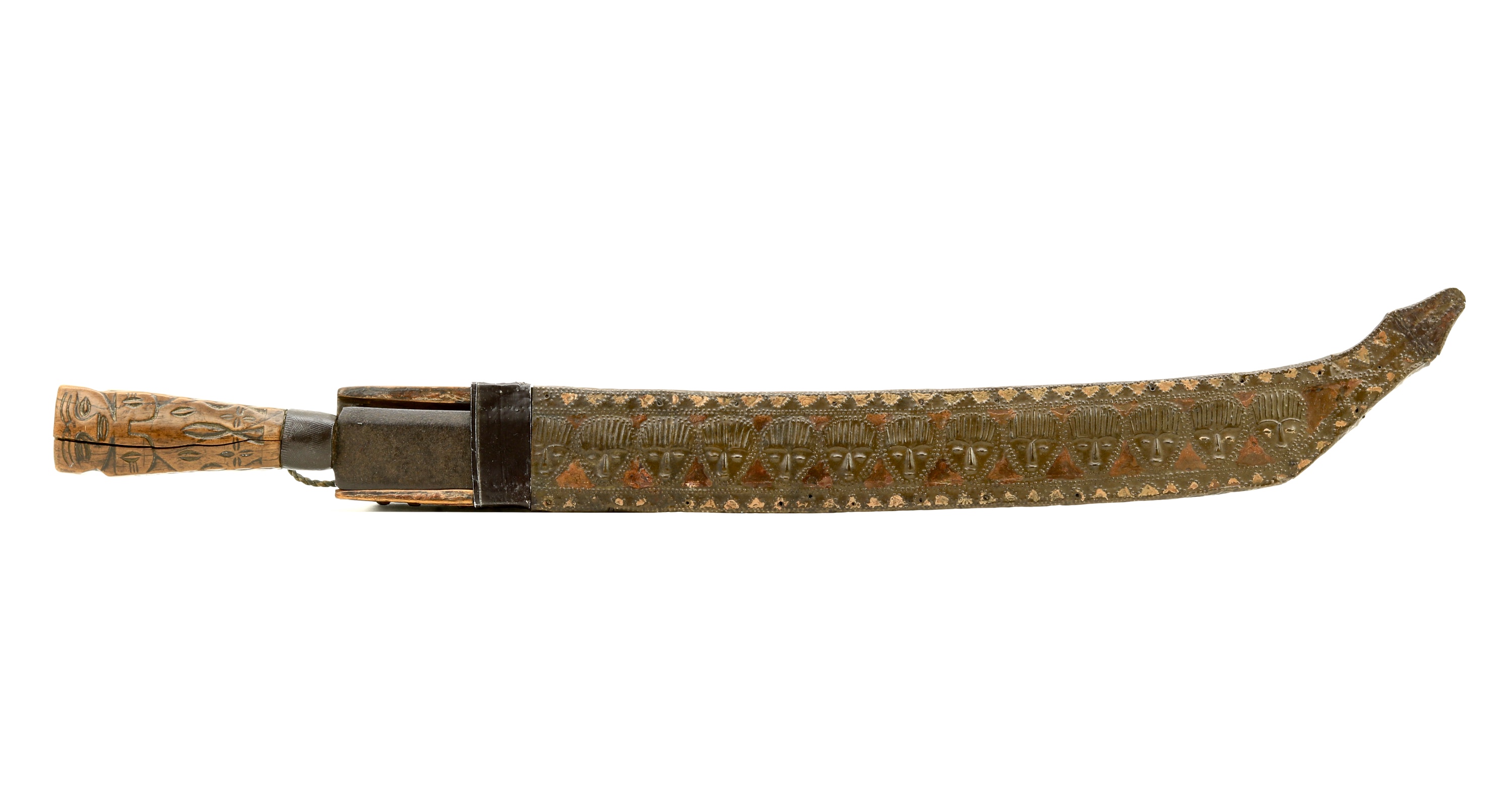 From the collection of Laurens Langewis

Purchased by W. E. Bouwman of Aalderink in 1979

The Paiwan people inhabit the southeastern part of the island of Taiwan and they were known for producing some of the more ornate styles of Taiwanese indigenous knives and swords.

The Paiwan had a strictly hierarchical society with a caste system and it were the Pulima, an aristocratic caste serving as craftsmen for objects of prestige, who crafted these tjakit knives. They were often presented as a high-status gift during special occasions like weddings or the forging of alliances.1

A fine example with illustrious provenance. It was collected by Laurens Langewis, an early 20th-century art dealer, ethnographer who was mainly active from the 1920s to 1960s. Langewis made several trips to Asia with his brother Jaap Langewis where he procured many antiques. He is author of the standard work on Indonesian textiles titled Decorative work in Indonesian textiles, which is still a classic today.

The knife was acquired by Mr. Bouwman of Aalderink Oriental Art in Amsterdam in 1979 from Langewis' family.

A Batik statue with Langewis provenance sold at Christies at June 23, 2016 in their Art d'Afrique et d'Océanie sale, lot 210.

The knife features a narrow, slightly curved blade with an oblique tip. The blade has three facets on the right side and is hollow ground on the left side. Now with a deep, dark patina. Some edge damage from use. The knife’s tang is set in a wooden handle, the tang end bent over at the pommel to retain the hilt. At the blade side is an iron ferrule, bend around the hilt to prevent splitting. The hilt is carved in the form of a figure.

The scabbard is carved out of a single piece of wood. There is a box-like structure at the base, for which the blade serves as a lid. It was used to carry small items like tinder. The top of the scabbard as well as the side of the box are covered with brass sheet, decorated with punchwork from the inside, and painted on the reverse.

It shows a row of 13 faces and a viper head at the end of the scabbard, and five more faces on the box. The back of the scabbard is carved in low relief with four human figures and is further adorned with vermillion lacquer.

The viper represents the deinagkistrodon, or “hundred pacer” named so after the belief a person dies within a hundred paces after being bitten. It is the subject of Paiwan myths of origin, where the viper guards a number of eggs from which the first Paiwan people were born.

The faces on the scabbard and the figures on the back are thought to represent ancestors. Their exact explanation varies depending on which Paiwan elder one asks.

Blade with deep patina and some old edge damage from use. The old wooden hilt was split over the tang due to shrinkage. Some of the usual wear and tear. See photos. 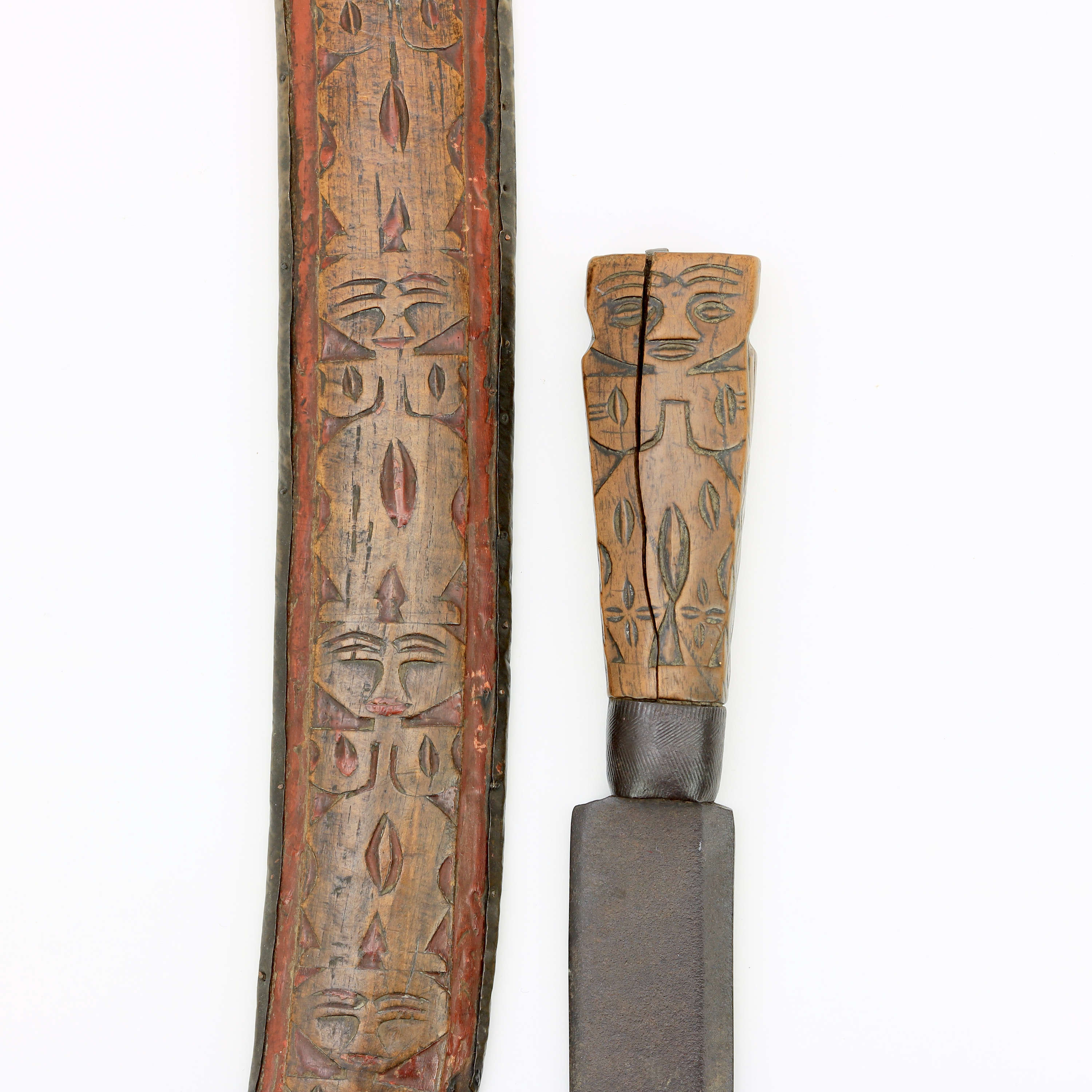