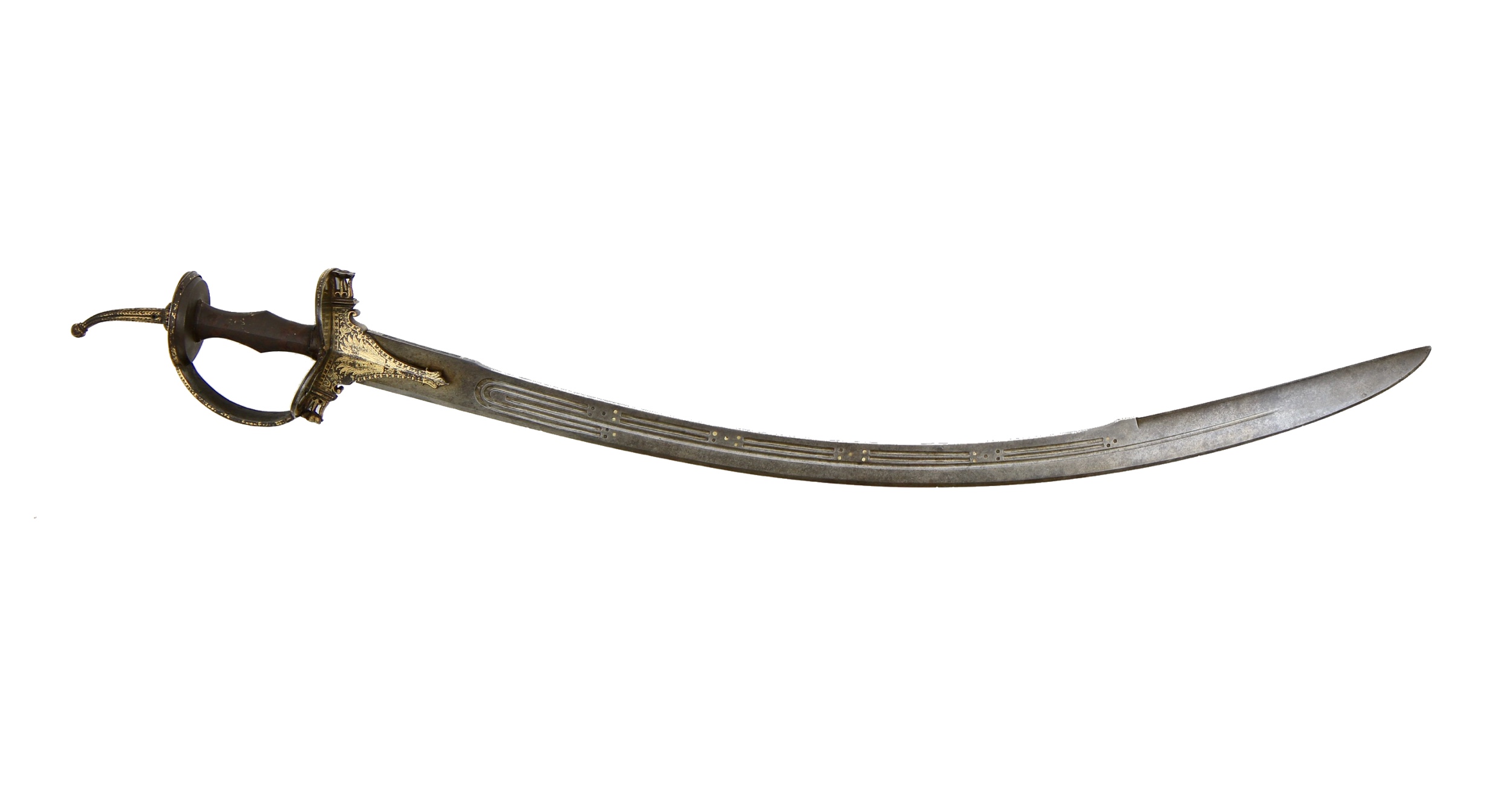 A massive Indian saber. The large blade, with deep curvature and strong Persian influence in the pronounced backedge and segmented grooves, is entirely made of fine, high-contrast wootz.

On the right side, it has a center groove with two grooves on top of it, which are segmented into five portions. The portion closest to the hilt forms a U-turn that wraps around the main groove. Between each groove are five dimples, some filled with brass, and at the start and end of the groove are three such dimples each. On the left side a similar configuration, but without the U-turn groove at the base. The base is slightly widened, as is a small section right before the back bevel.

On the spine of the widened base are two short grooves, side by side with remains of inscriptions on either side. Then follows a long lowered section, once entirely covered with inscriptions in gold. Just before the forming of the backedge, there is a small plateau on the spine with another inscription in gold.

The blade is nicely fitted in a Hindu basket hilt. It has two langets projecting upward, decorated with palmate motifs in gold overlay. The langet plates form a quillon left and right, pierced from the side, terminating in stylized flowers with gemstones set in them. (One stone broken.)

The guard, of typical form, consists of a large plate with a fold in the center. The knuckle guard has fine raised decor and a nicely defined center rib. The pommel plate is teardrop-shaped, decorated with palmette motifs. Both guard and knuckle guard are covered with a fine wootz veneer and have a raised border decorated with abstract gold overlay.

From the pommel emerges a long, curved spike ending in a delicately formed bud. At its base is a beaded ring.

The grip section is facetted and with a widened profile with pointy "hips", a feature that on talwar hilts is primarily associated with karan shāhī hilts that were popular in Marwar. 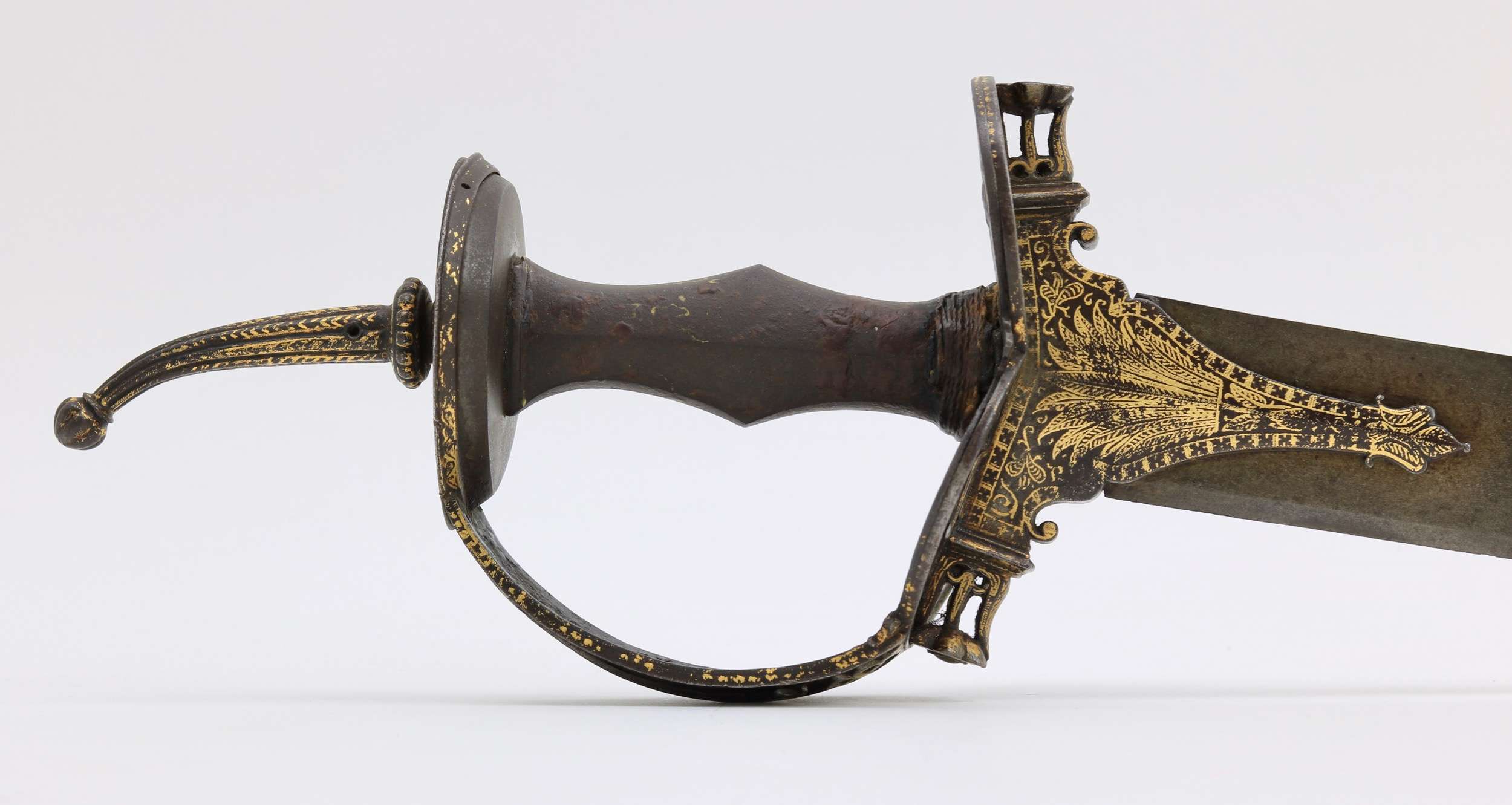 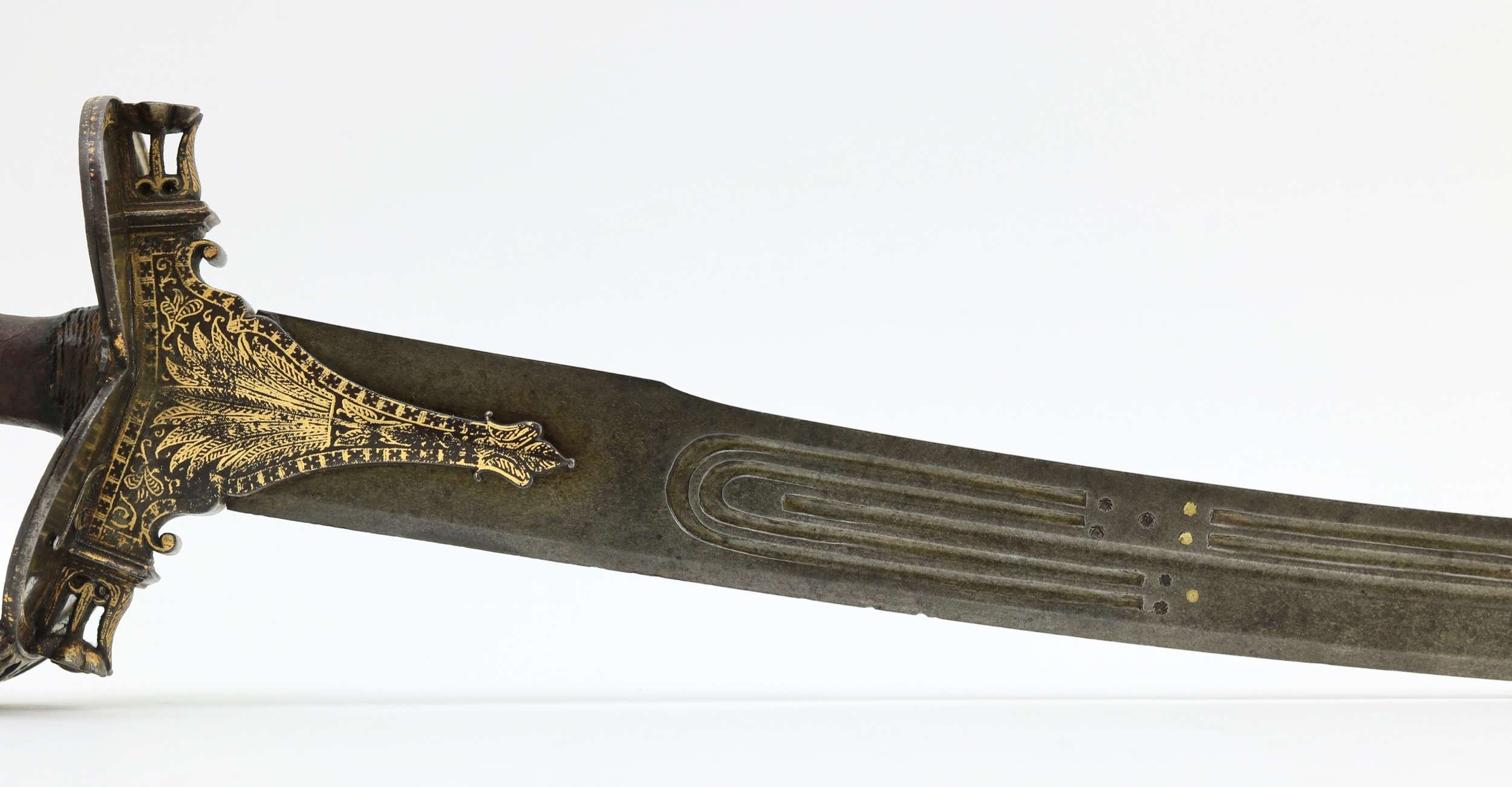 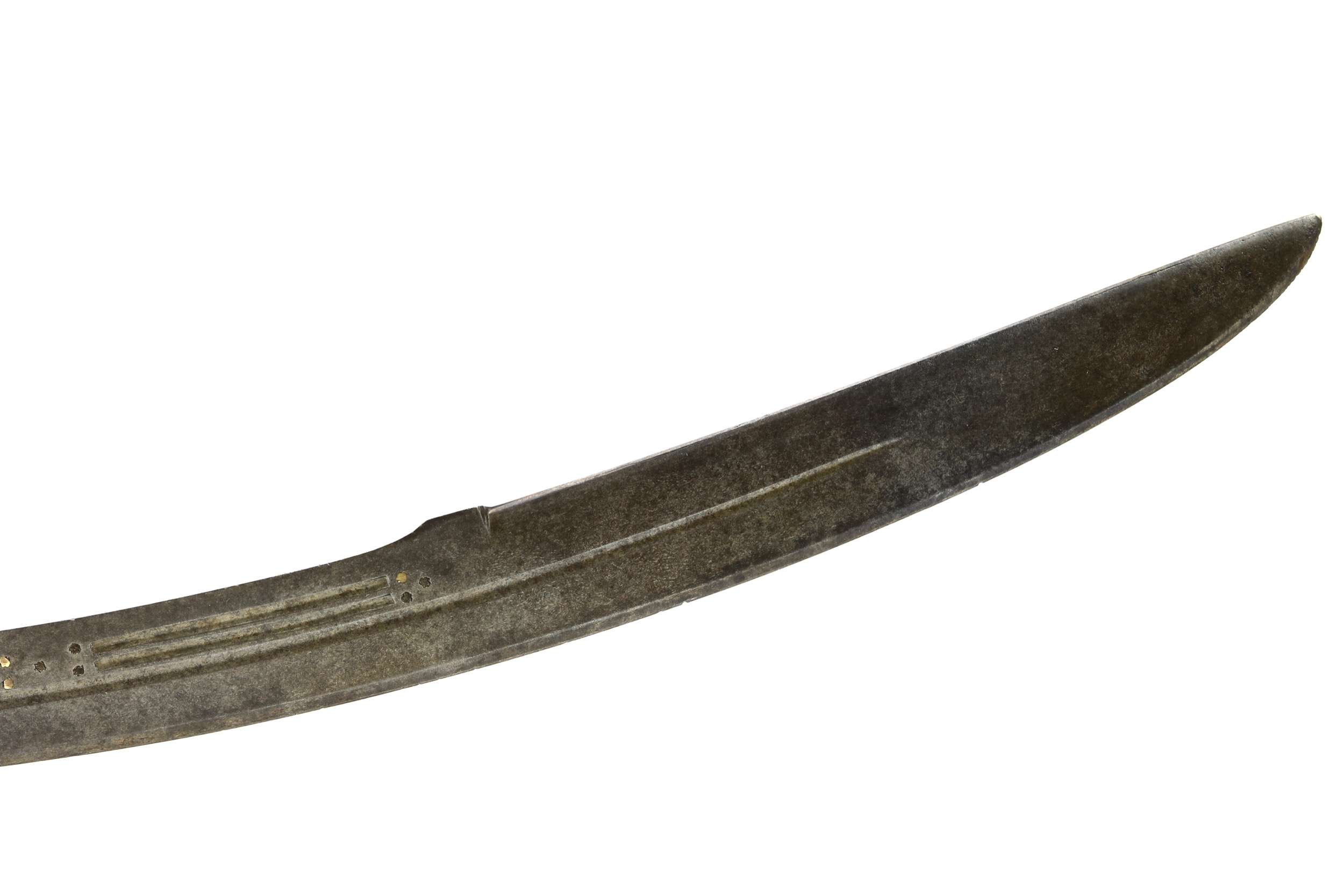 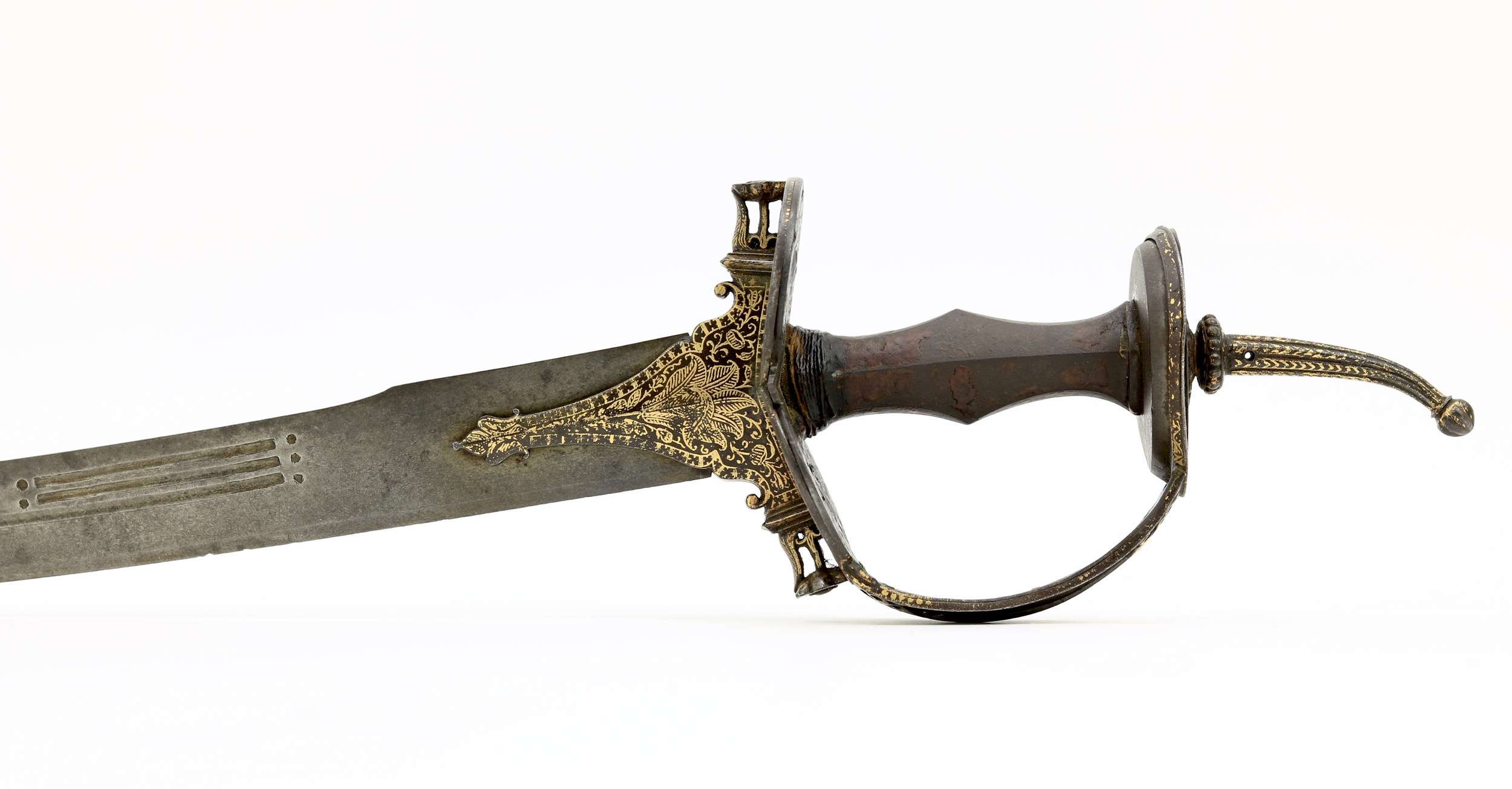 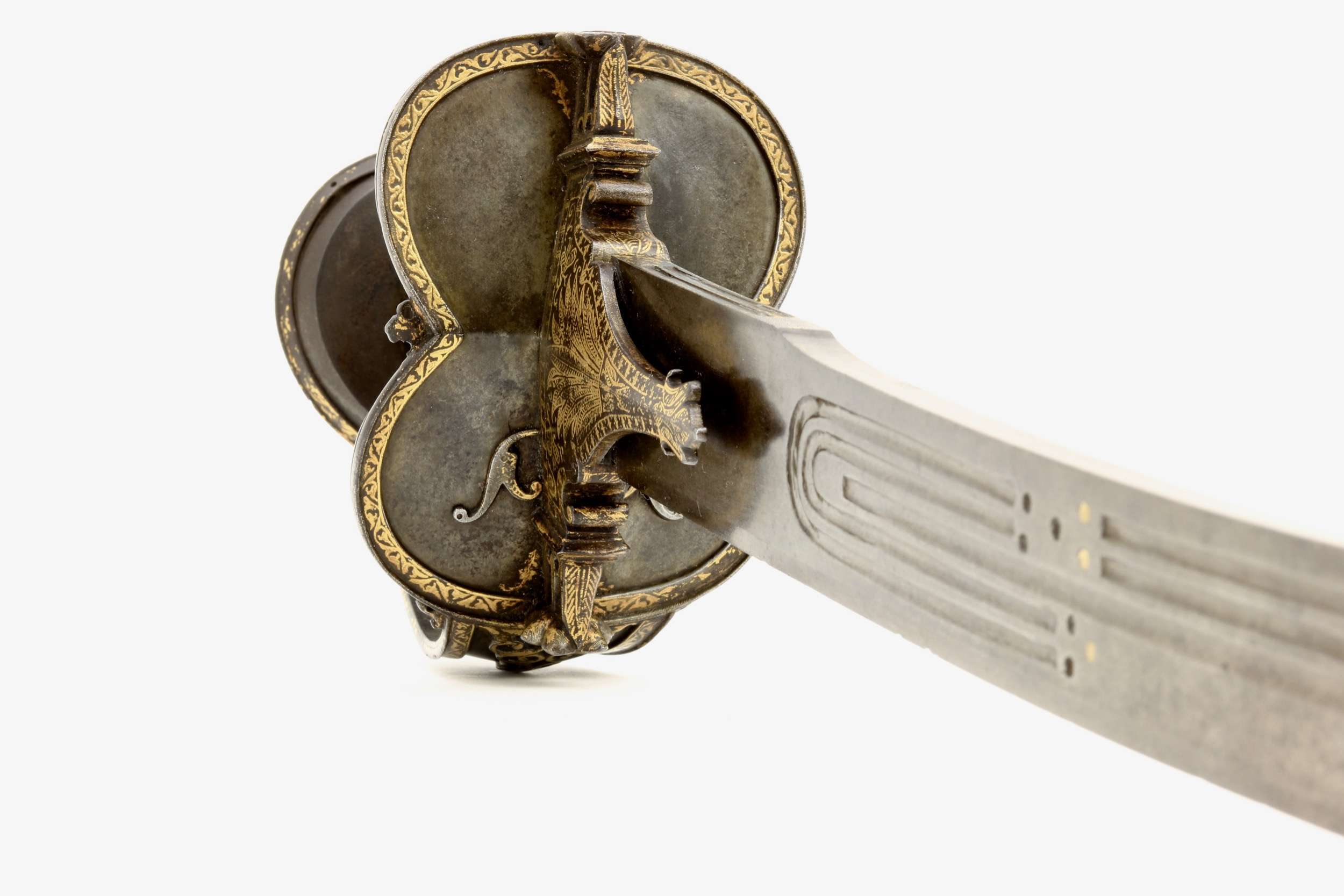 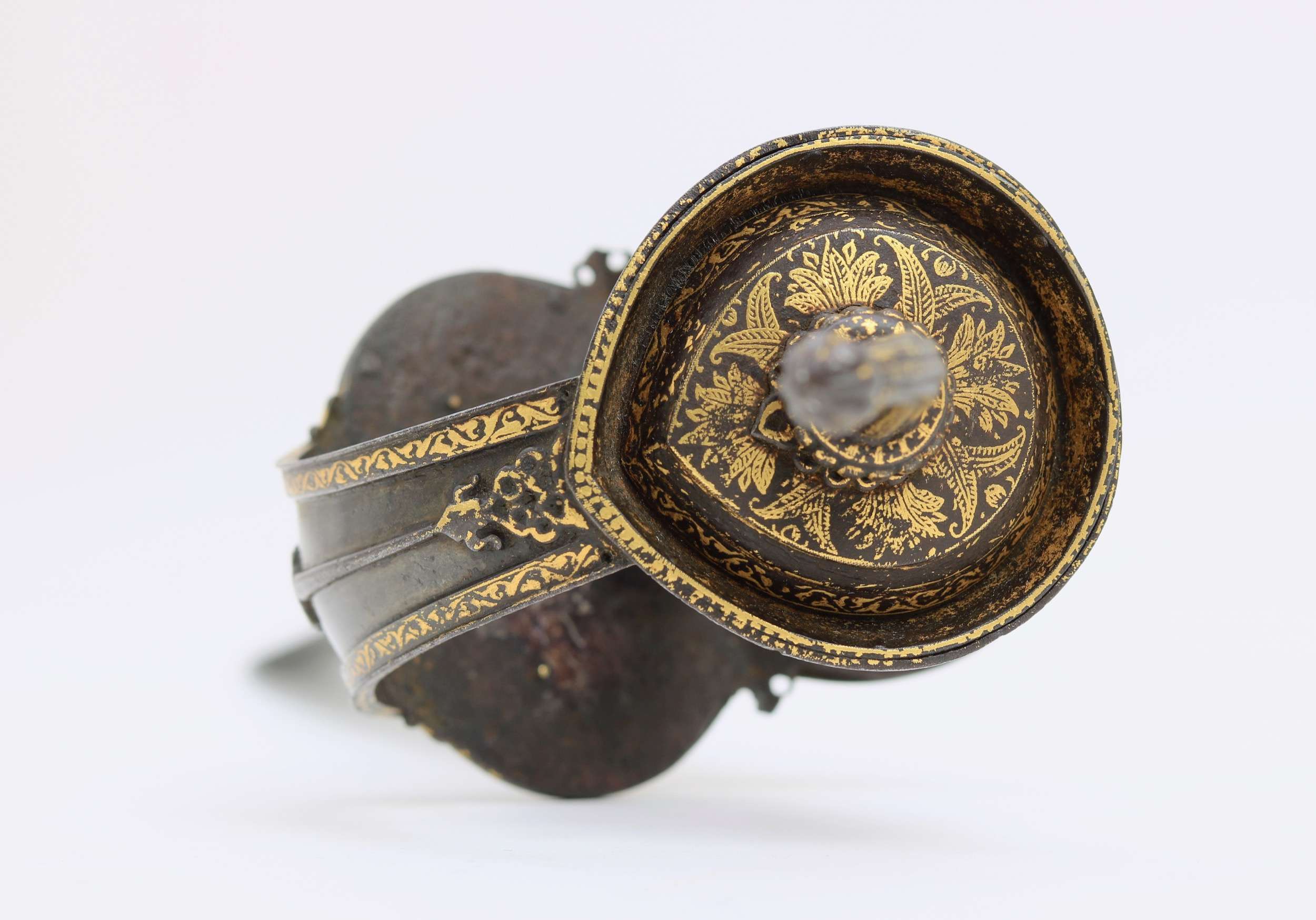 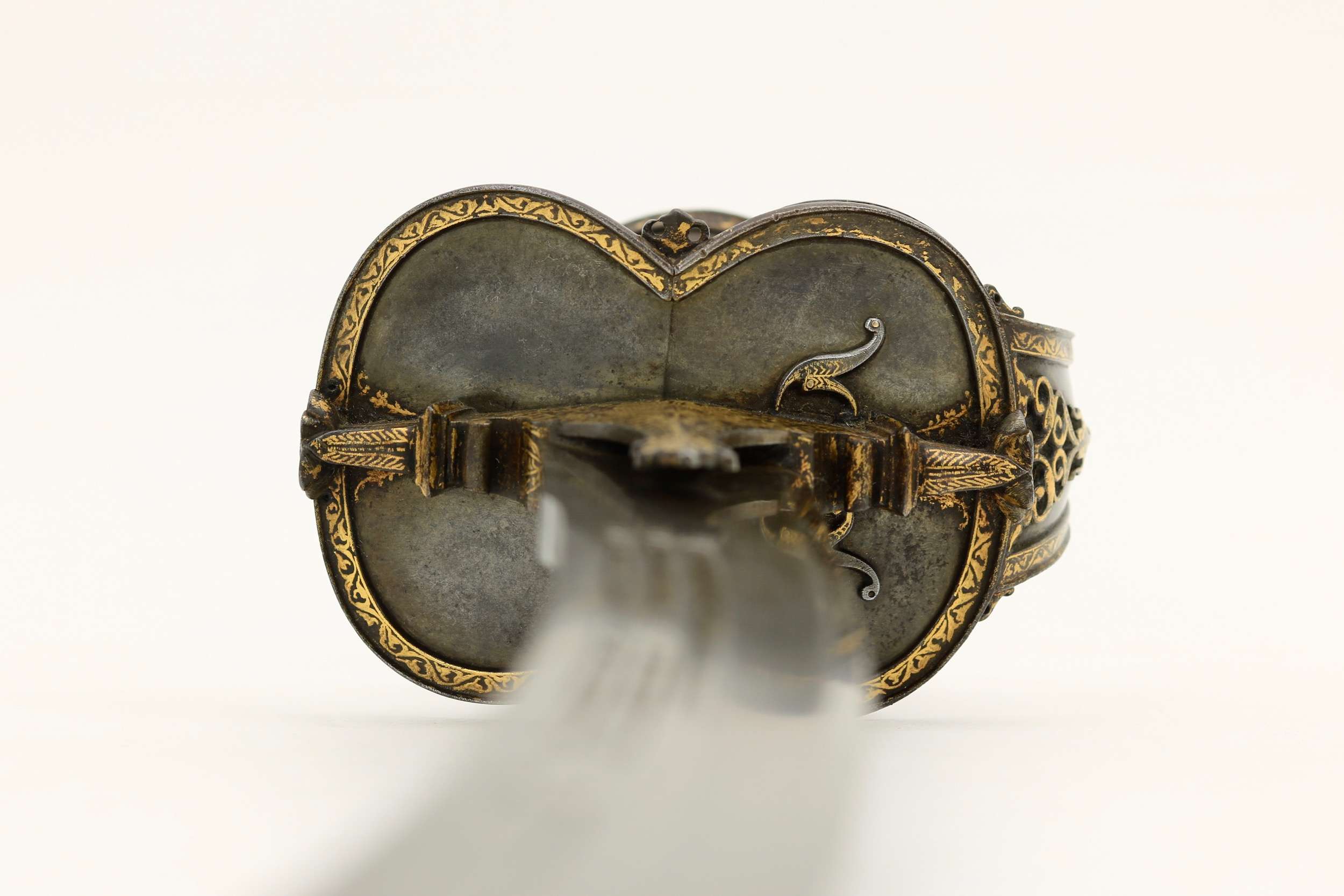 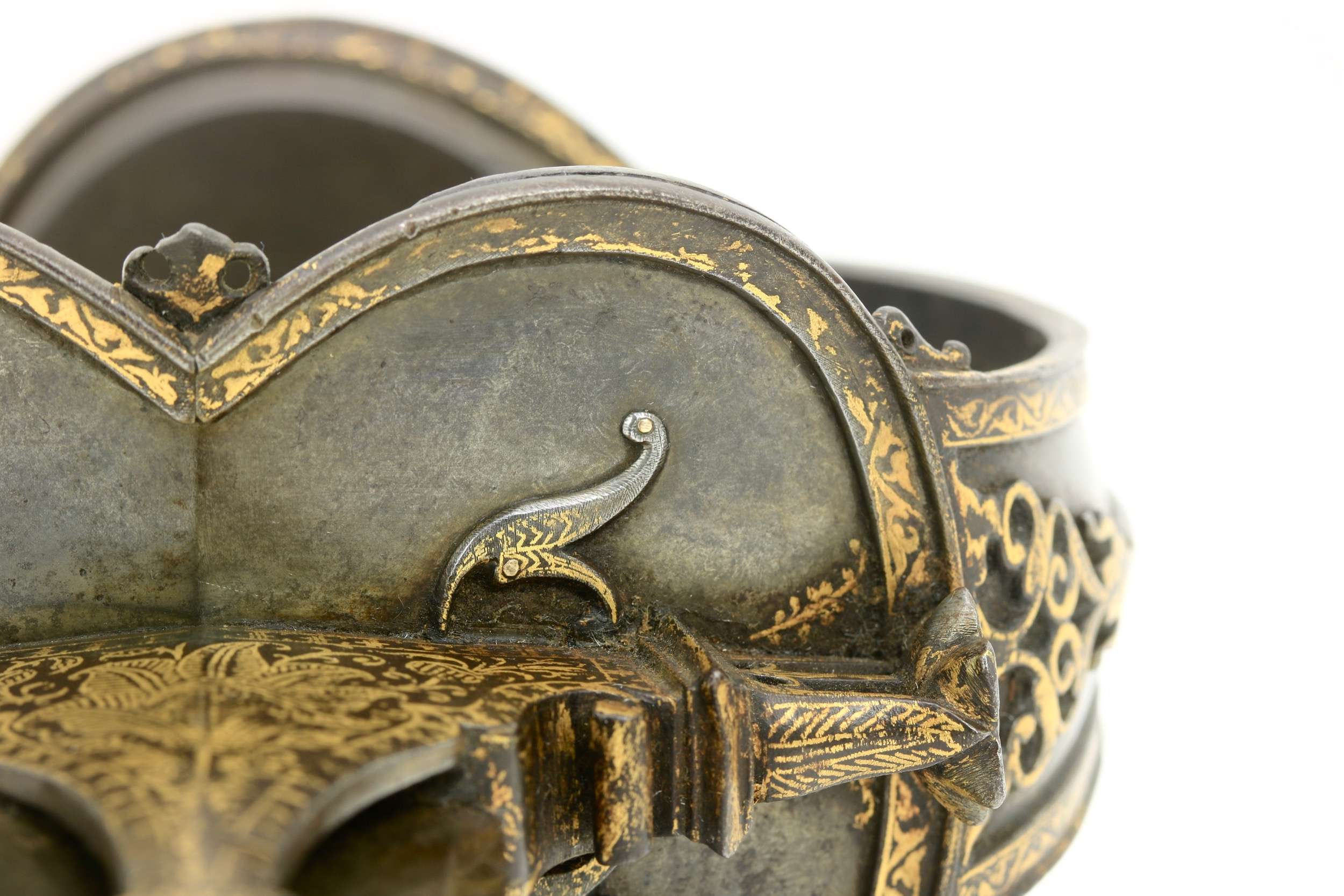 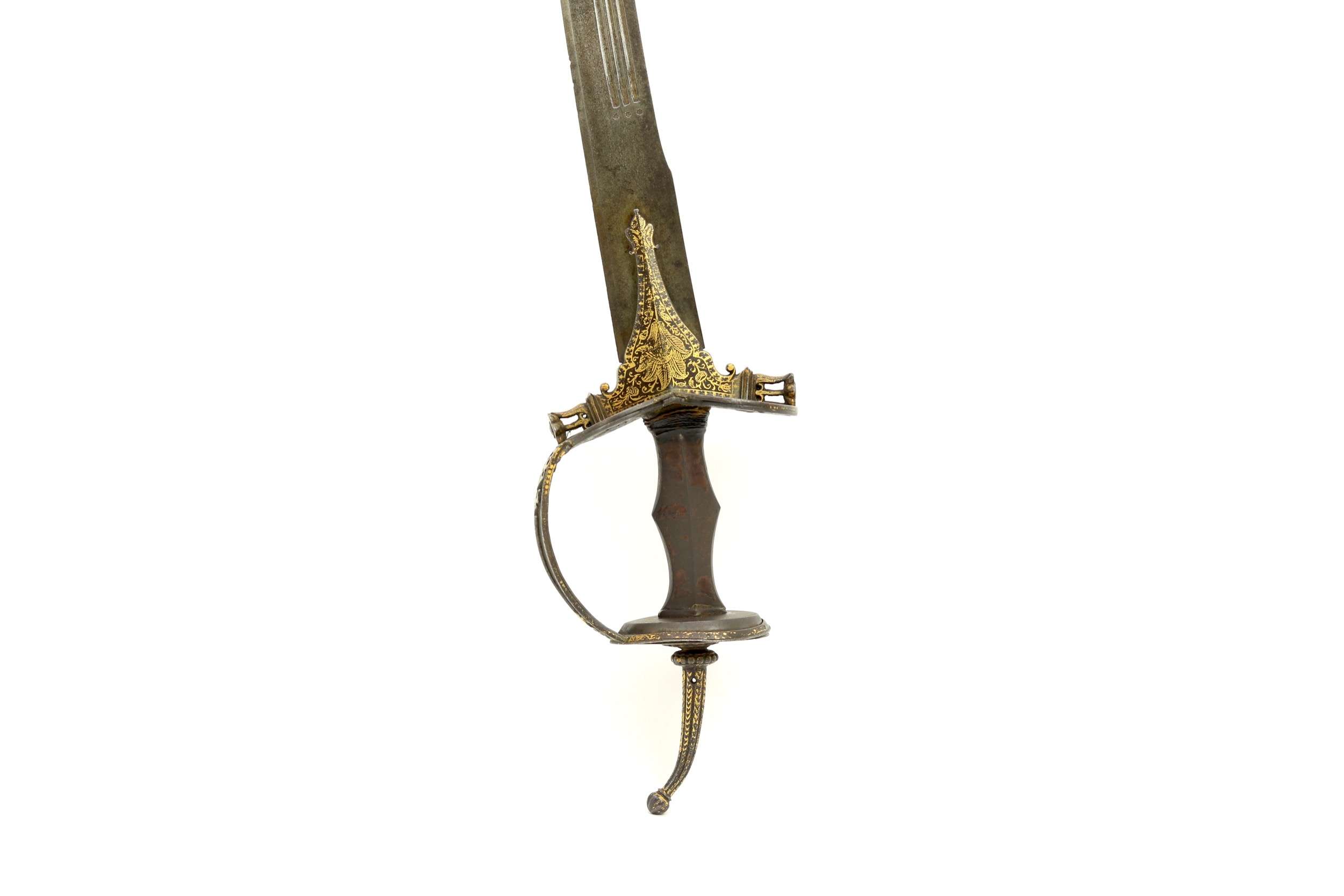 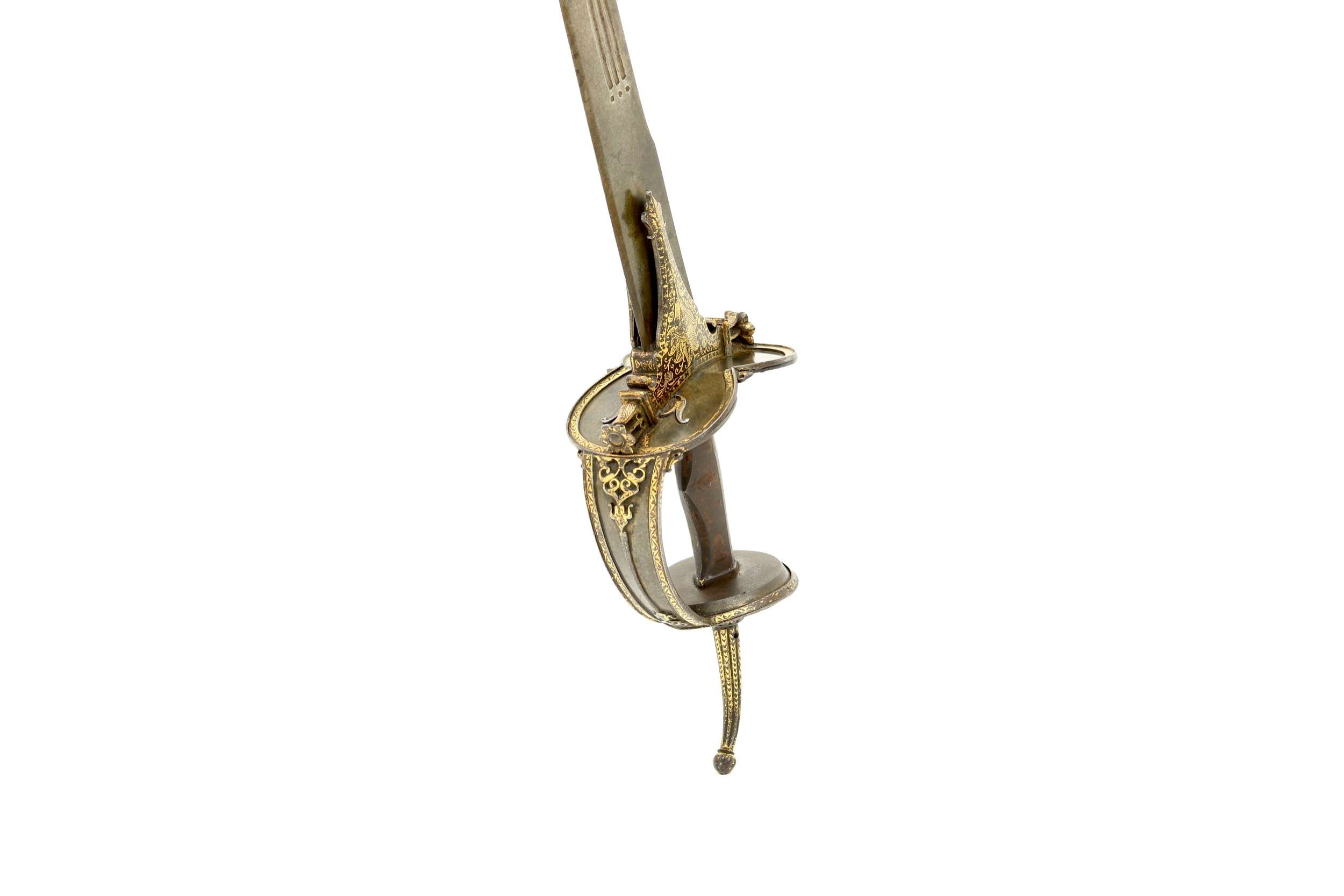 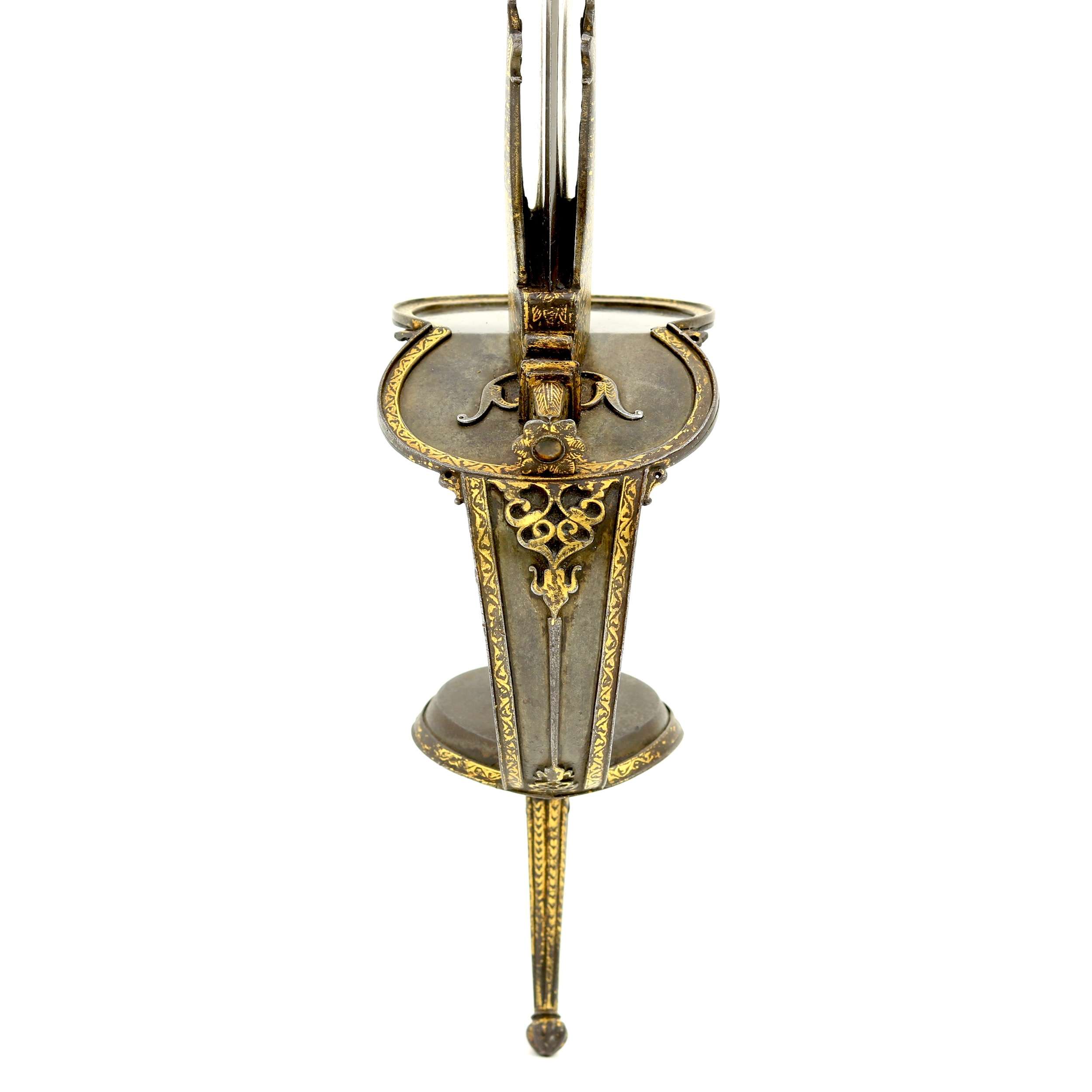 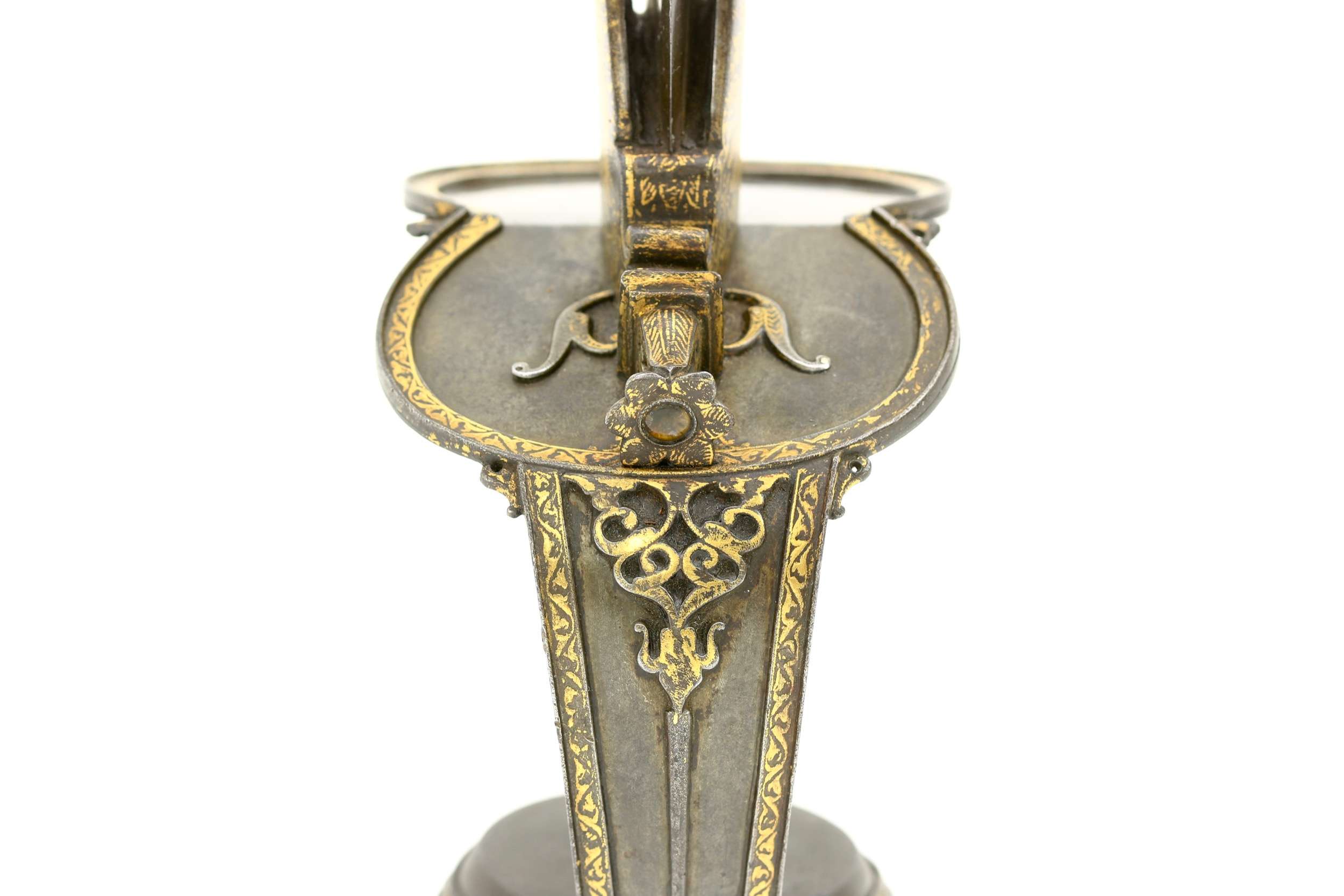 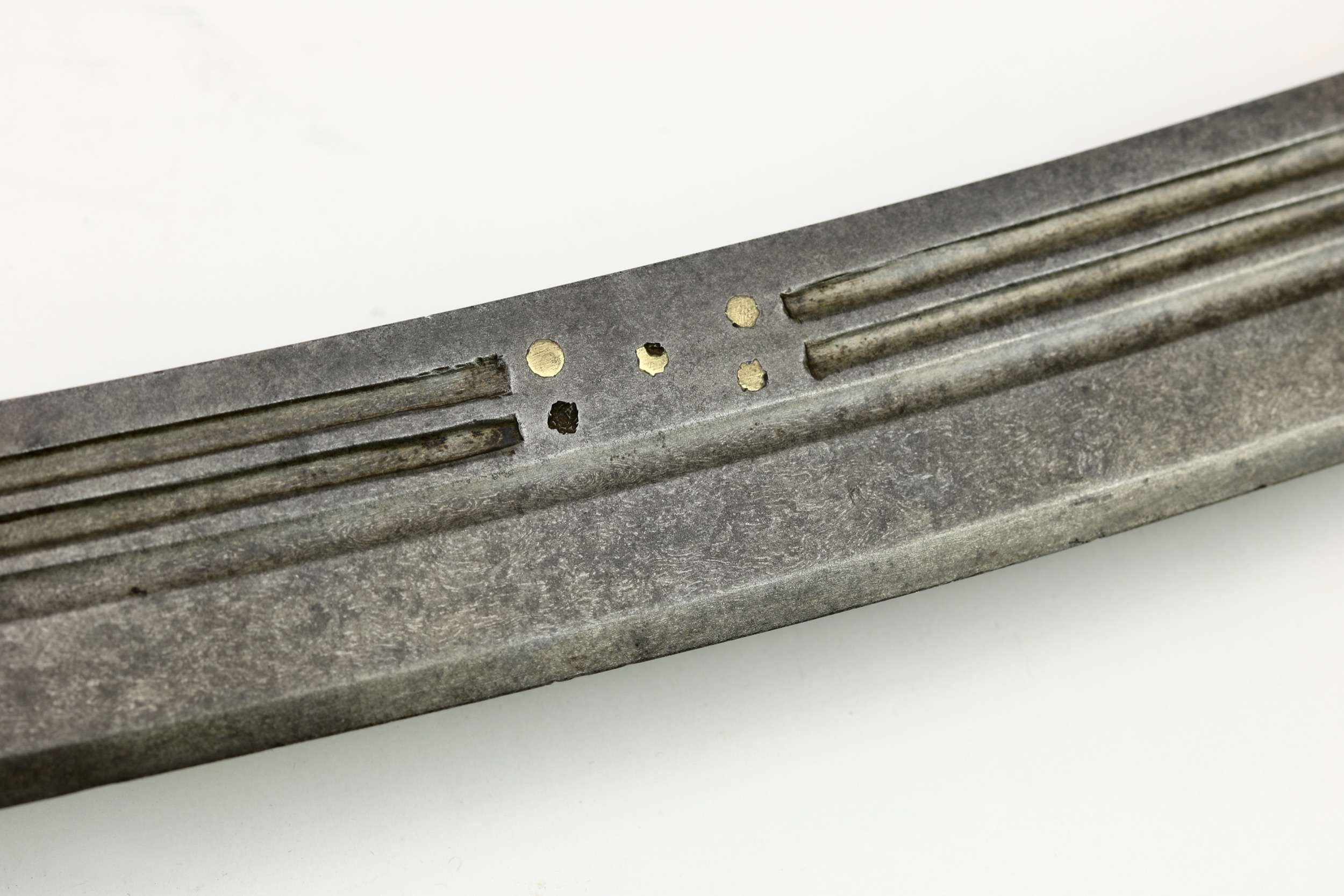 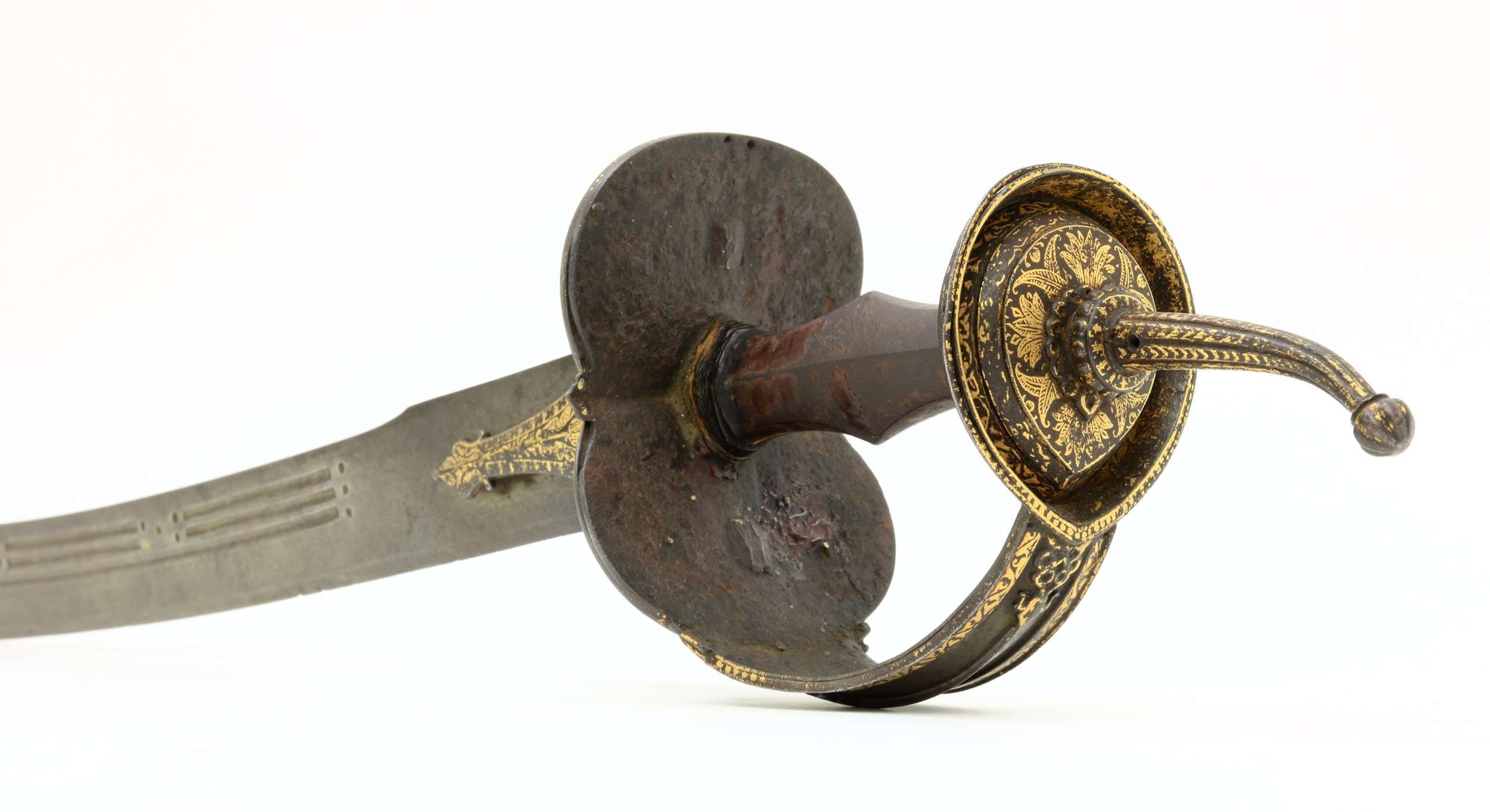 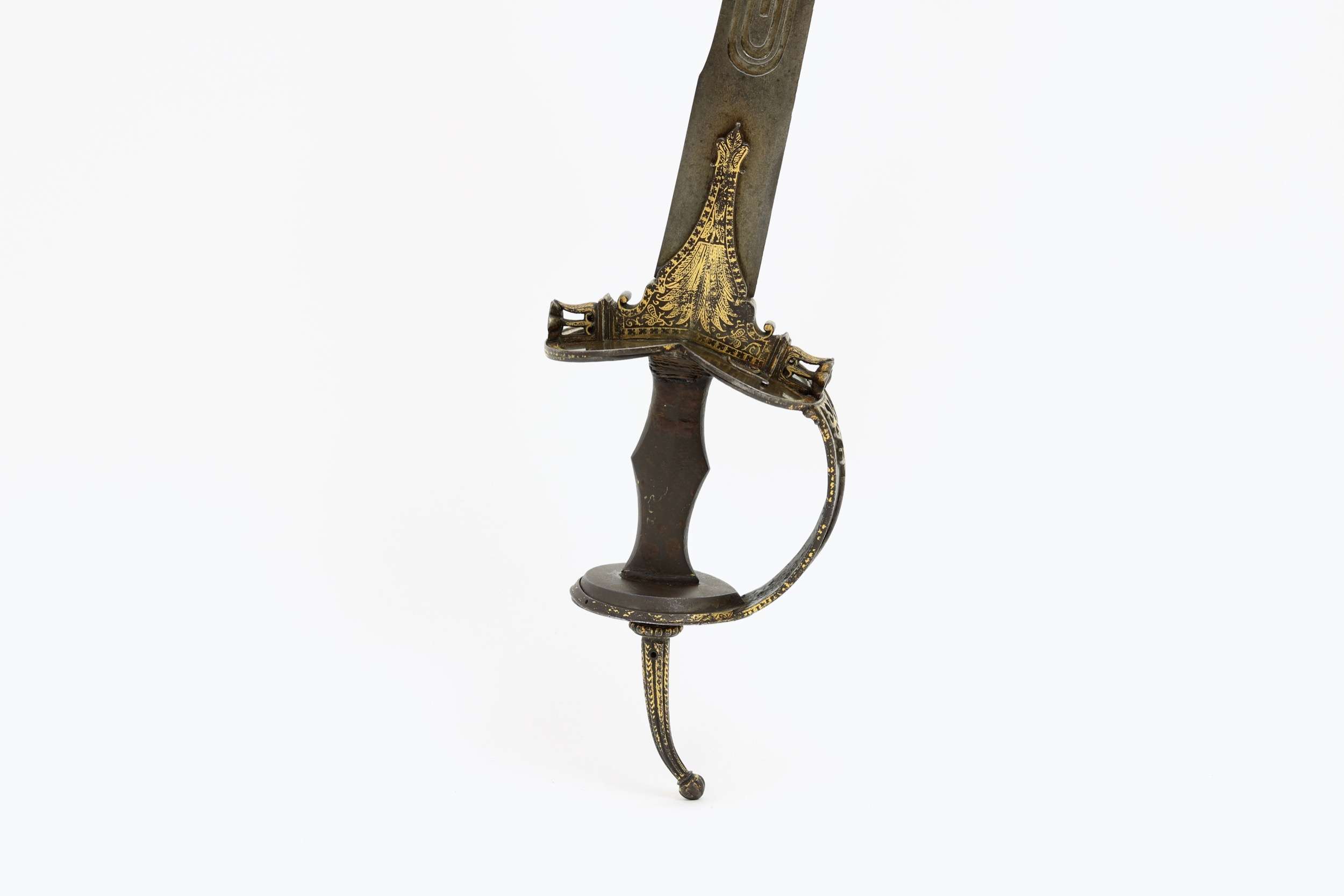