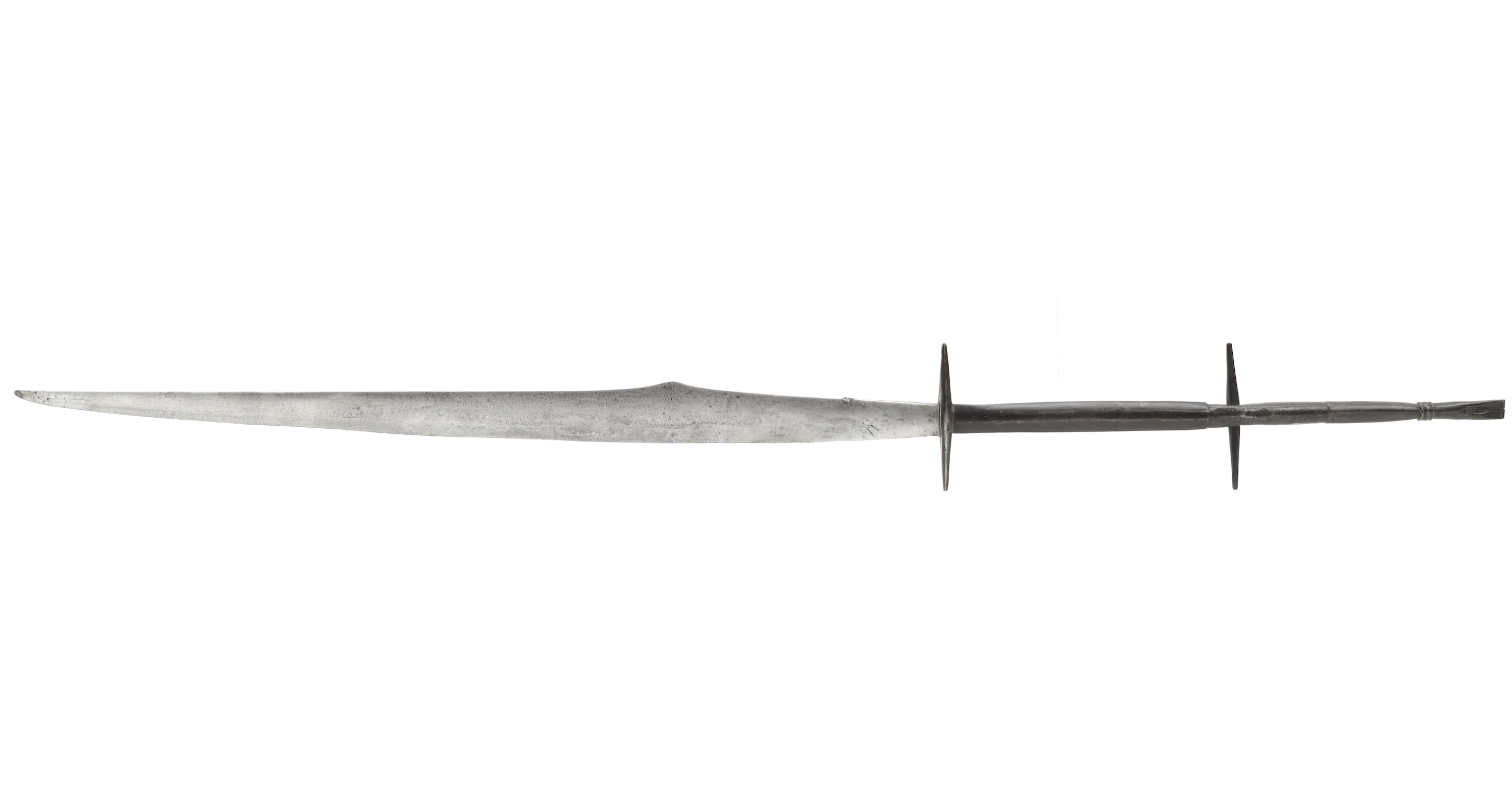 (balanced in the hilt!)

Passed around as heirlooms when first encountered in the 19th century

The Khasi dao is a peculiar weapon that consists of a rather Chinese-looking blade on an all-metal hilt with double crossguards. Khasi dao is a term coined by Westerners, locally it was known as waitsum or "spear sword".

The pommel end is always in the shape of a fish tail. By the time ethnographers first encountered them they were already obsolete, of unknown origin, and passed down in wealthy families as heirlooms and used in ceremonies.

"These arms of the Khasi-Jyntia tribes are as peculiar as their language.
"The tiny family of Khasi is like an island in the midst of the Tibeto-Burman Sea." - (Robt. Cust, Languages of the E. Indies, p.4.)."
1

For more information on the type, see my glossary article: Khasi dao.

A fine example of this rather rare weapon. The large blade remains in a good but original condition, with no signs of recent abrasive cleaning. One can vaguely make out the laminate construction and heat treatment of the edge. At the base of the blade, at the spine, is a peculiar feature of a drop of white metal, possibly silver or báitóng (白銅) that appears to be applied hot. From the drop is a diagonal line on both sides. There is probably a symbolic meaning to this, although I have found nothing in the literature that might explain it.

The all-metal hilt is constructed out of a tube with flattened hexagonal cross-section, from which hammered iron rod protrudes which itself is capped with an elongated fish-tail pommel that fits over it with a socket. A small bolster appears where the tail starts to flare out, reminiscent of the bolsters seen on some Chinese and SE Asian spearheads.

There are two sturdy crossguards, one at the blade-hilt junction and another going through the iron rod that makes the center of the hilt. The entire hilt is covered with an old deep brown shiny patina.

In use, it seems optimized for grasping it with one hand, behind the rearmost guard, far from the blade. When grasping behind the guard at the hilt-blade junction you are at the point of balance and it feels sluggish, with no cutting power. The uppermost guard is probably only for the occasional "half swording".

Another notable feature is that the hilt between the two guards is ridged in cross-section. 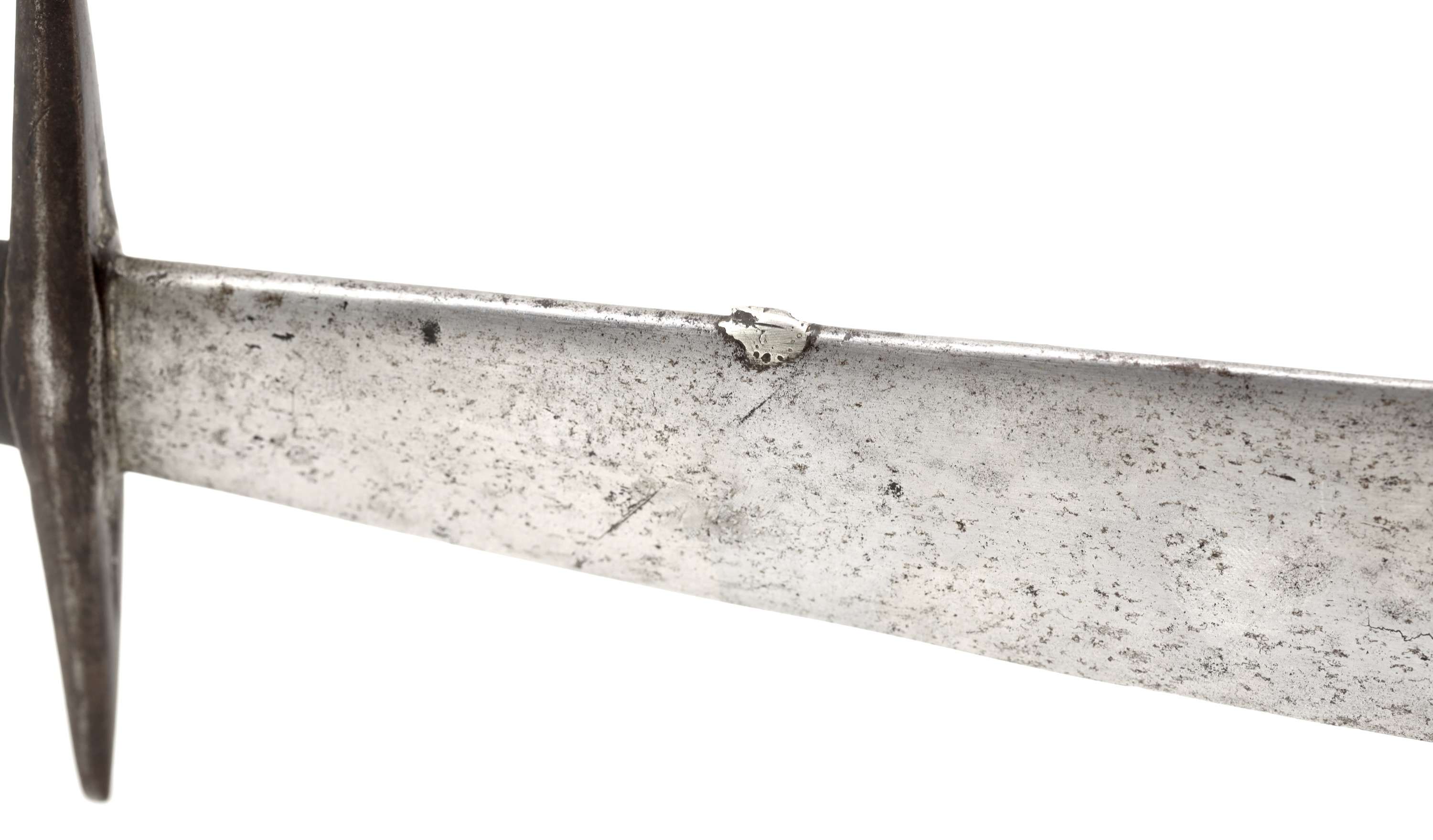